Buck’s Naked BBQ opened in a drafty garage in Freeport in 2005.  The Windham Buck’s opened in 2010 and at the corner of Union and Wharf Street in Portland’s Old Port in 2012. 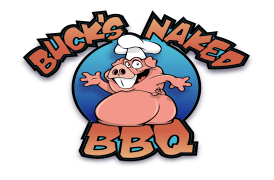 Buck’s features slow smoked pork, ribs, chicken and beef with a traditional dry rub. The menu is big and juicy and the bar is wicked sexy. Buck’s has an interactive kid’s play area, free wi-fi, open 7 days a week. They host Happy Hour every day 2pm-6pm, Friday and Saturday 10pm-12pm, and All Day on Thursdays. These Happy Hours offer $2.50 well drinks, $2 Domestic Bottles, $2.50 House Wines, $3 Draft of Geary’s, Shipyard & Sebago and 1/2 off All  Fried Appetizers! It’s the best buckin’ happy hour around.

Be sure to stop in for “Taps & Apps” on Halloween to enjoy the Beer Gear and Specials!

Owner Mark Ohlson announced that MJ's Wine Bar will be closing this year as he will be working towards launching a new business idea, stating, “See you in May, I hope you like to dance…”

You can read the full official statement on our blog.

Offering an updated list of permanently closing restaurants, bars, retail shops, and more in Portland, Maine due to the COVID pandemic.