It’s springtime in the city, which means the start of another great food truck season. With many new and old faces in the mix, we are giving you a lay of the land, by introducing you to the new and upcoming food trucks, in addition to, a round-up of those we heartbreakingly say goodbye to this year. 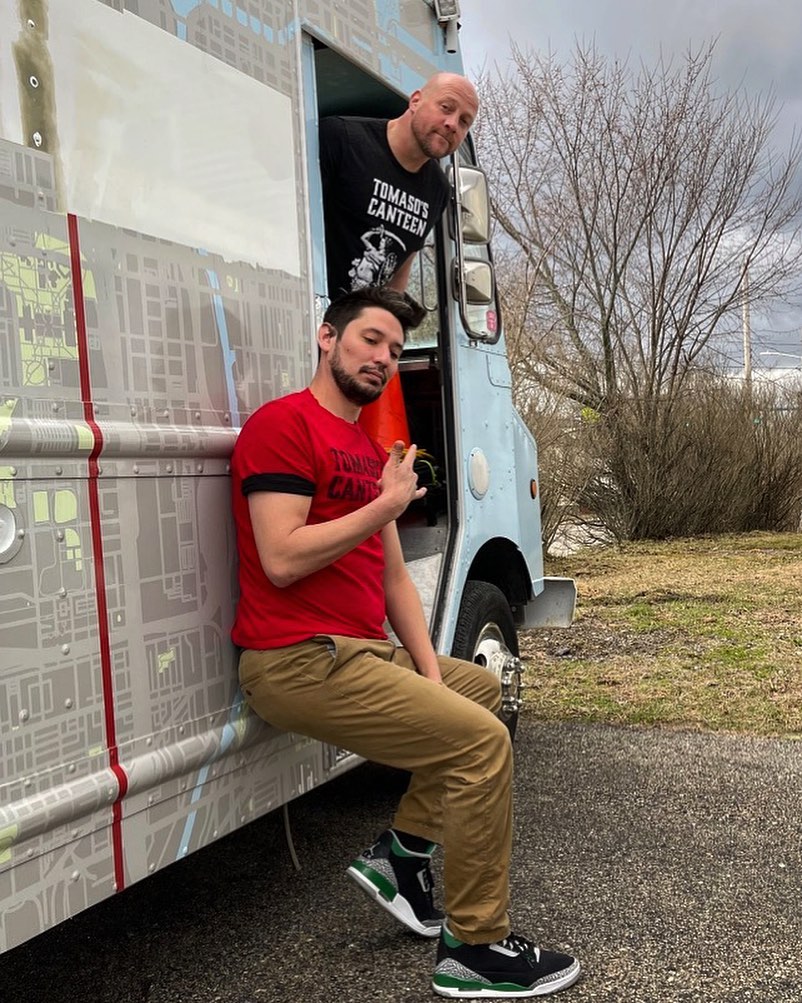 Yes, it’s true! Everyone’s favorite neighborhood bar and grill announced that they will be launching their own taco-forward mobile food business this summer. The menu is still under development. 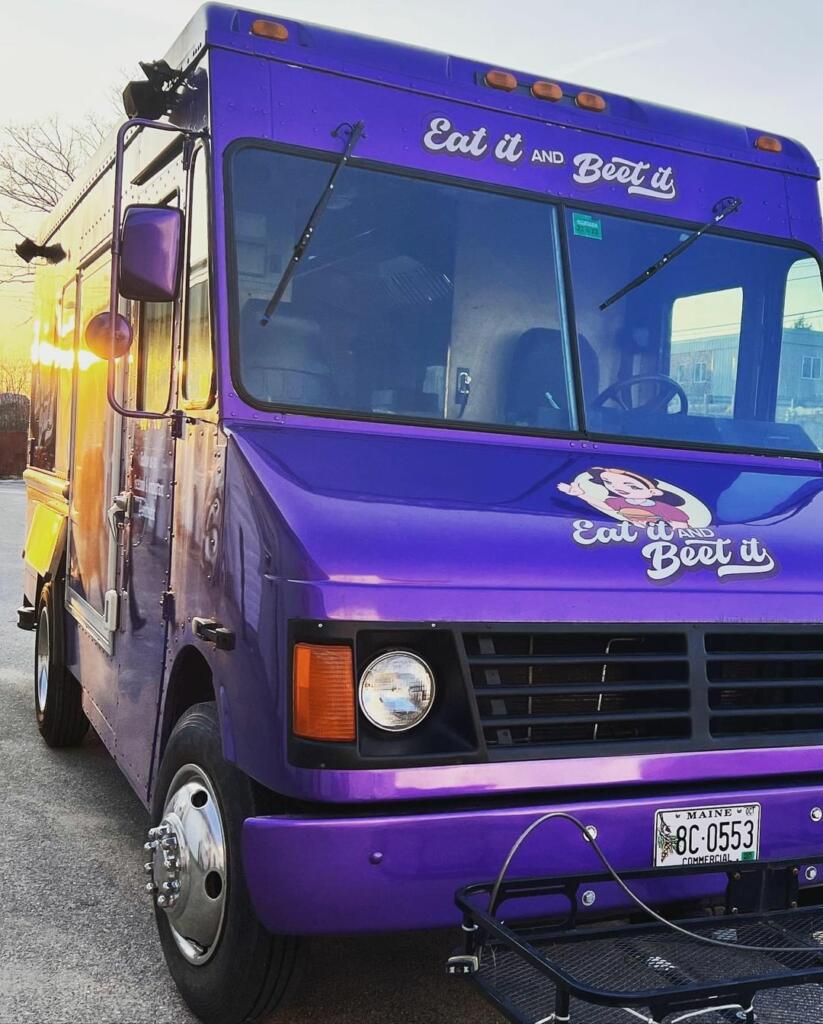 Making the grand debut TODAY, April 13th, 2022, Eat It & Beet It has been working hard all winter and spring to bring handcrafted gourmet beef and vegan/vegetarian burgers and sides, including their signature Classic Beet Burger with lettuce, tomato, onion, and secret recipe burger sauce. 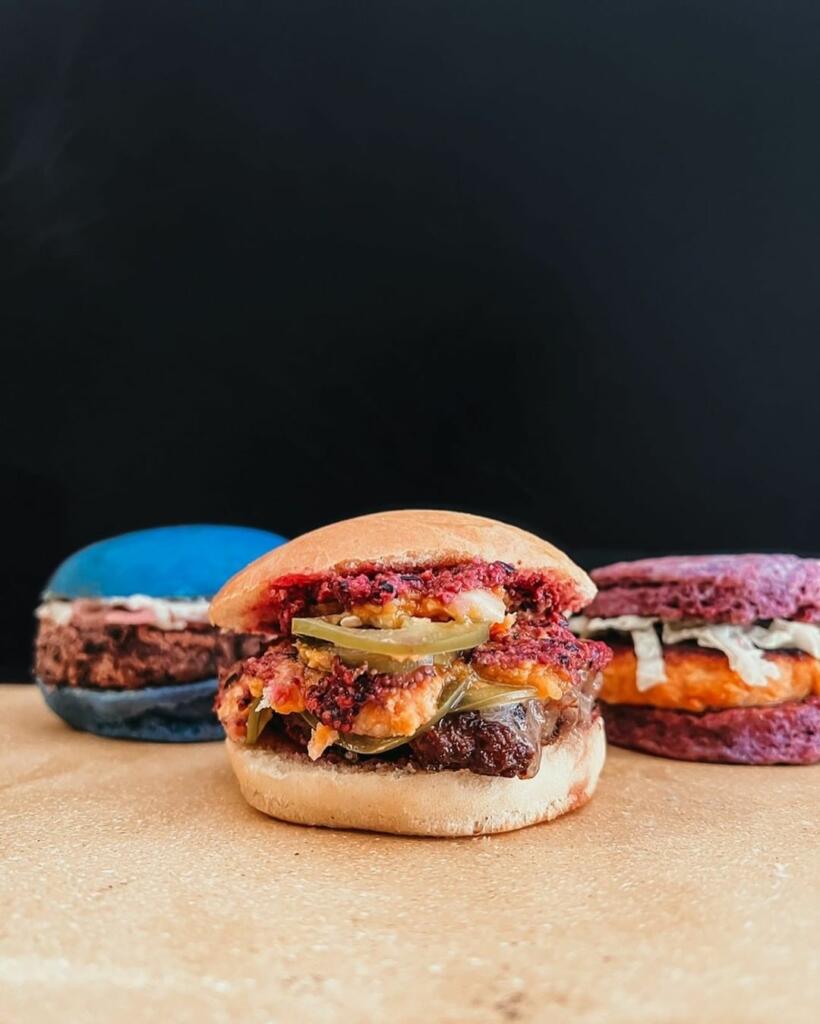 Offering slider-sized burgers and bites with a colorful twist, Slide Street Co. has already slid into the scene with a pop-up series at Fork Food Lab (see more here). Their flagship burger will be The Acadia, a Maine beef burger prepared with bacon rillette, IPA jalapeño pickle, Pineland Farms cheddar, and a blueberry mostarda. With years of kitchen and industry experience, Owner/Chef Adam Heath hopes to hit the streets in May. 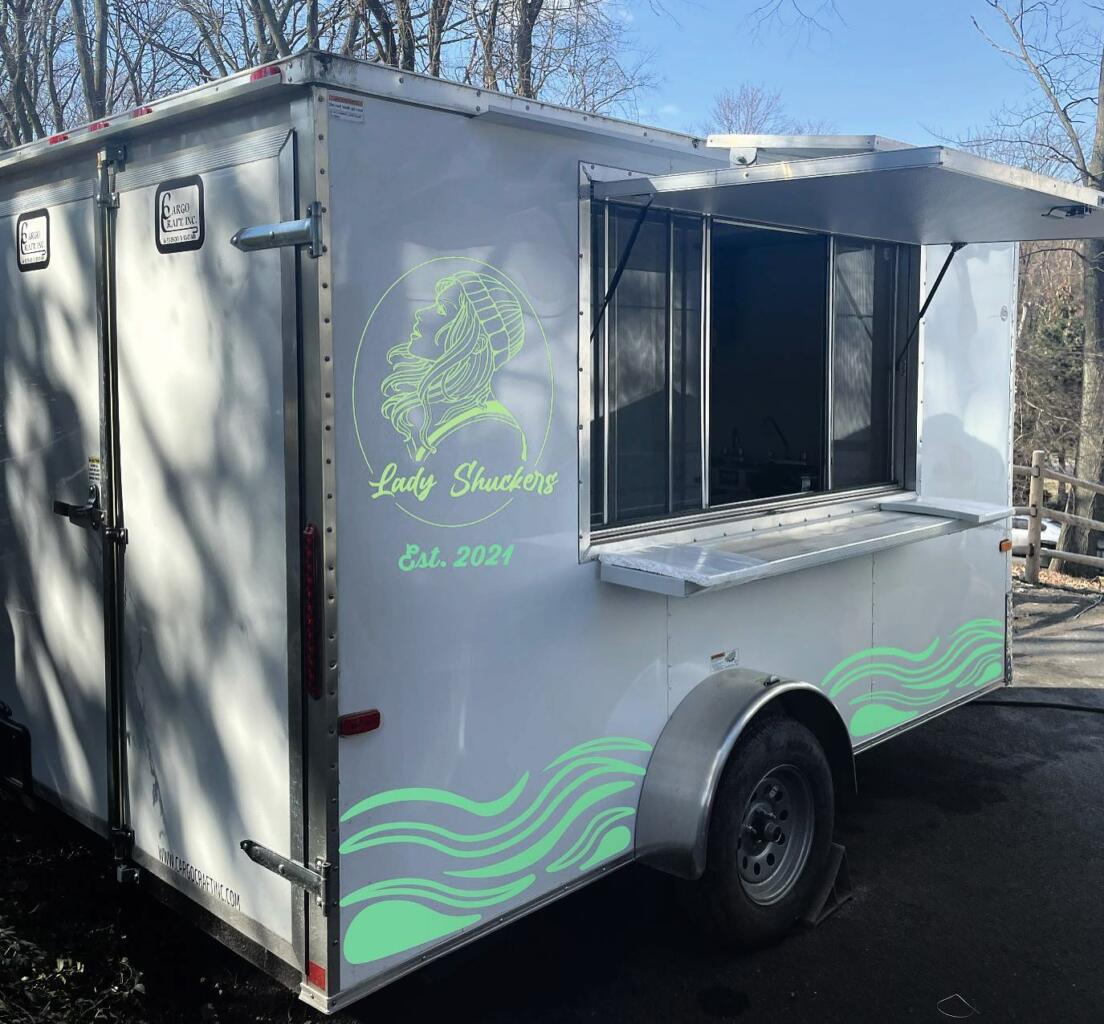 From traveling pop-ups to mobile raw bars, Lady Shuckers (Libby Davis and Jacqueline Clark) announced that they will be launching their own mobile raw bar in Portland this coming summer of 2022. Sourcing world-class Maine oysters from primarily women-owned sea farms, Lady Shuckers is a women-owned and operated community networking hub and event catering company that is invested in increasing visibility and representation for females, minorities, and LGBTQ+ on the working waterfront.

Maine’s newest and coolest adventure food truck plans to launch in the Southern Maine area starting in May (with events in Kennebunk). More than just a place to grab classic fair treats, Char Wrig’s Sno and Dough will be offering adventure in the form of fried dough and sno cones. They hope to hit the city when they can! You can see find their menu here. 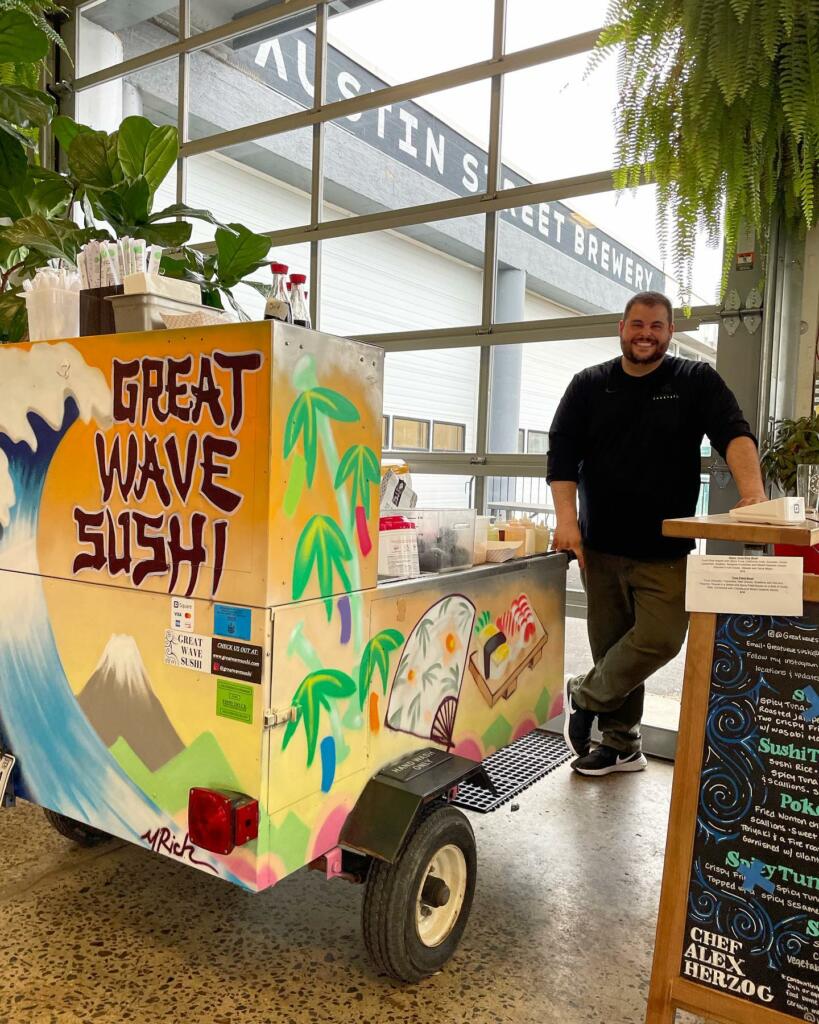 While this isn’t necessarily a new food truck, Great Waves Sushi did announce that they will be on to bigger and better things with the almost completion of the “Great Wave Sushi Trailer” (previously a food cart). Launch date set to be June 1st! 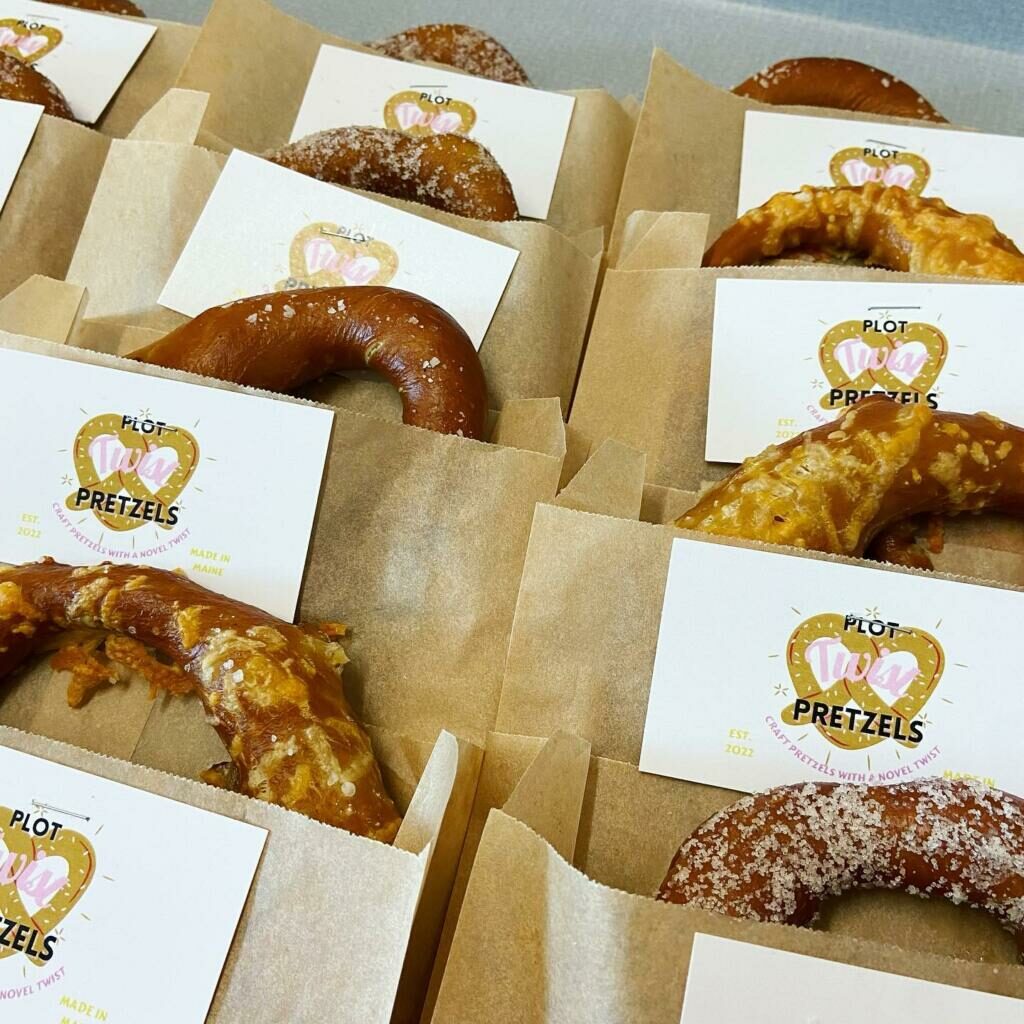 Craft pretzels with a novel twist, Plot Twist Pretzel debuted with a pop-up event this past winter in Brunswick. A women-owned business, you can find Plot Twist Pretzel frequently in Portland starting in May. Their first event will take place May 1st for the Friends of Congress Square Park Season Kickoff starting at 12pm. They will be joined alongside The Pink Waffle and La Fritanga.

Already made their debut on the Eastern Promenade in late March, 2022, WingIt serves up all the classics including, you guessed it, wings. Menu also includes fries, burgers and mac and cheese.

Bringing a little bit of The Windy City to Portland, Halstead’s Chicago Style Eats quietly closed up shop and sold their food truck to Tomaso’s Canteen in early 2022. 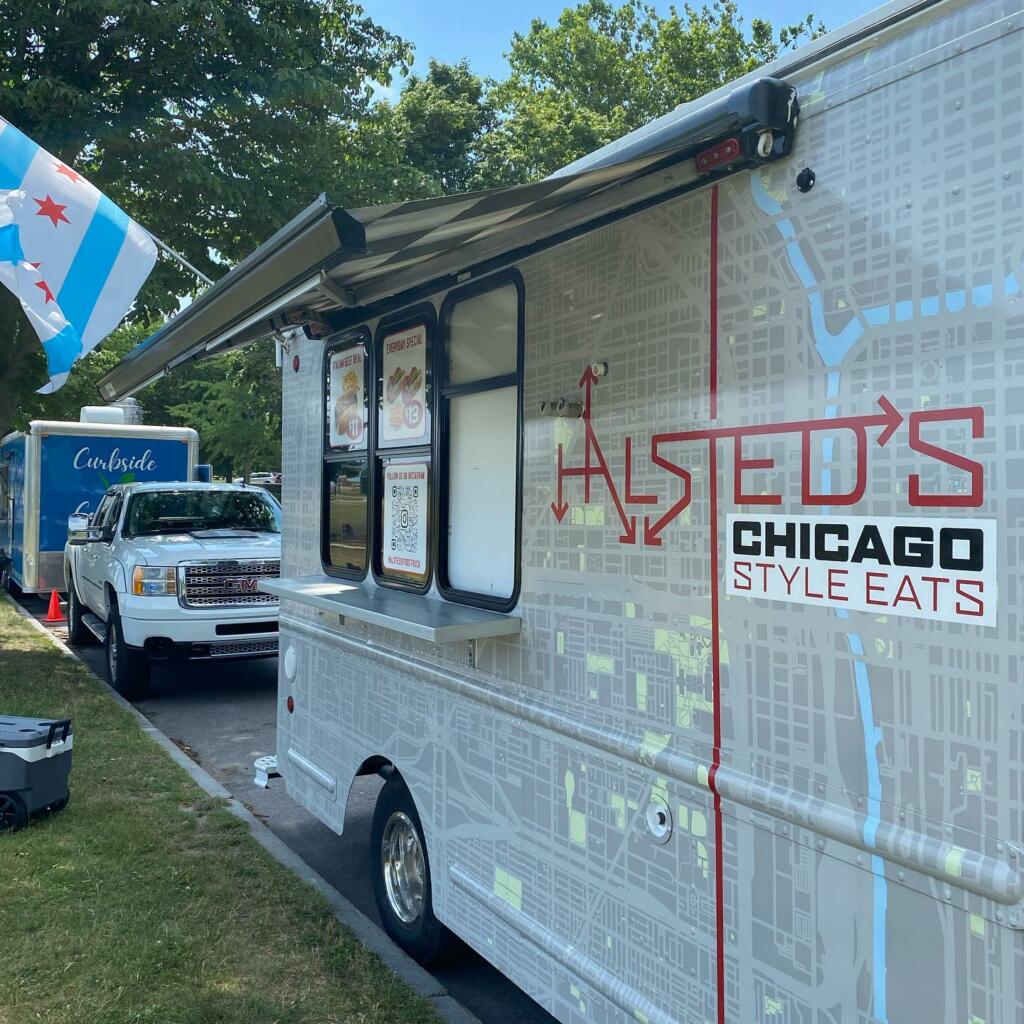 Opened in May of 2021, The Paddy Wagon became well known in the Portland/ Biddeford area for bringing authentic Irish and British chipper food to Southern Maine, including a wide array of Gluten-Free options. The Paddy Wagon announced their permanent and immediate close end of March 2022. 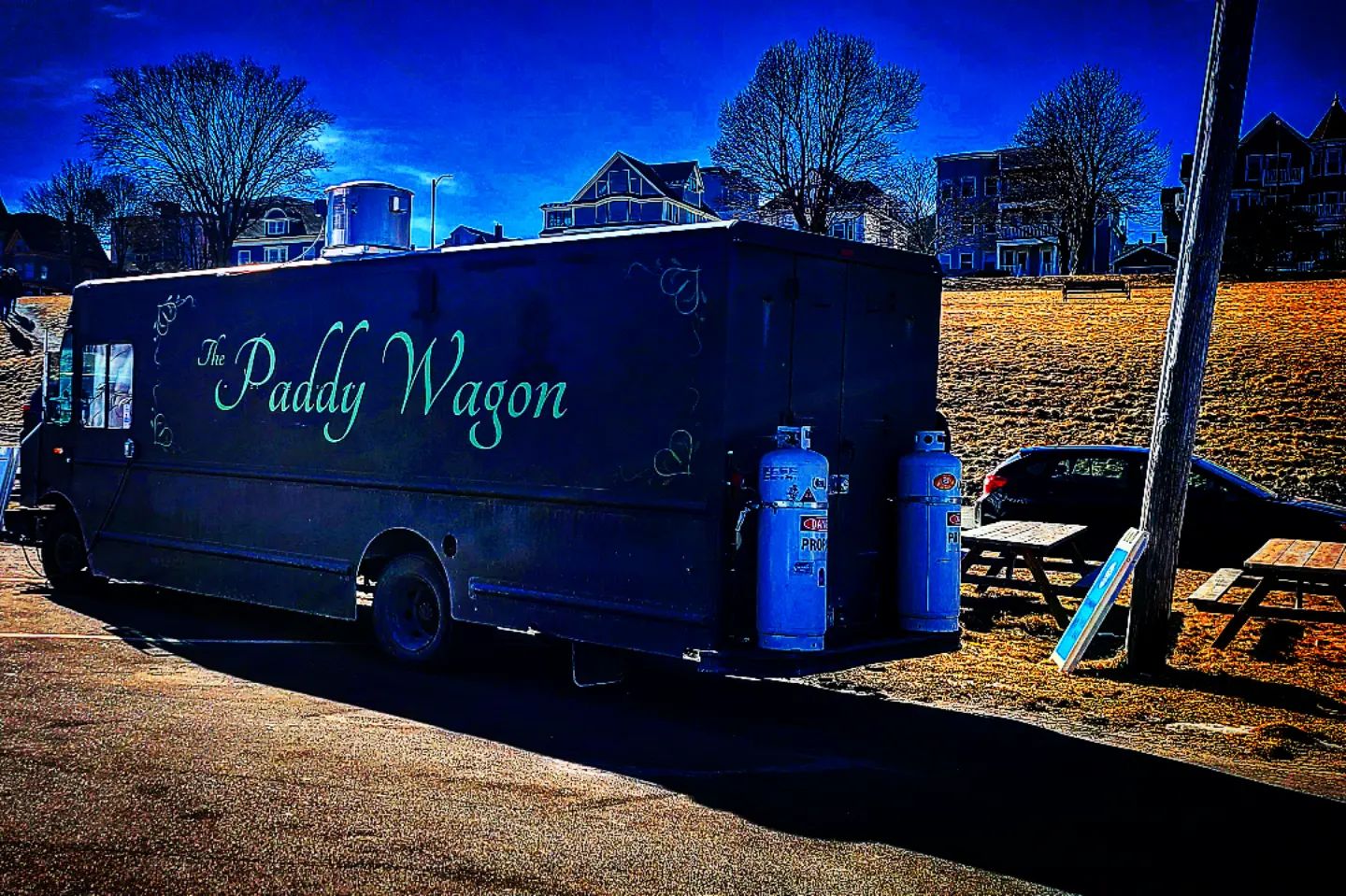 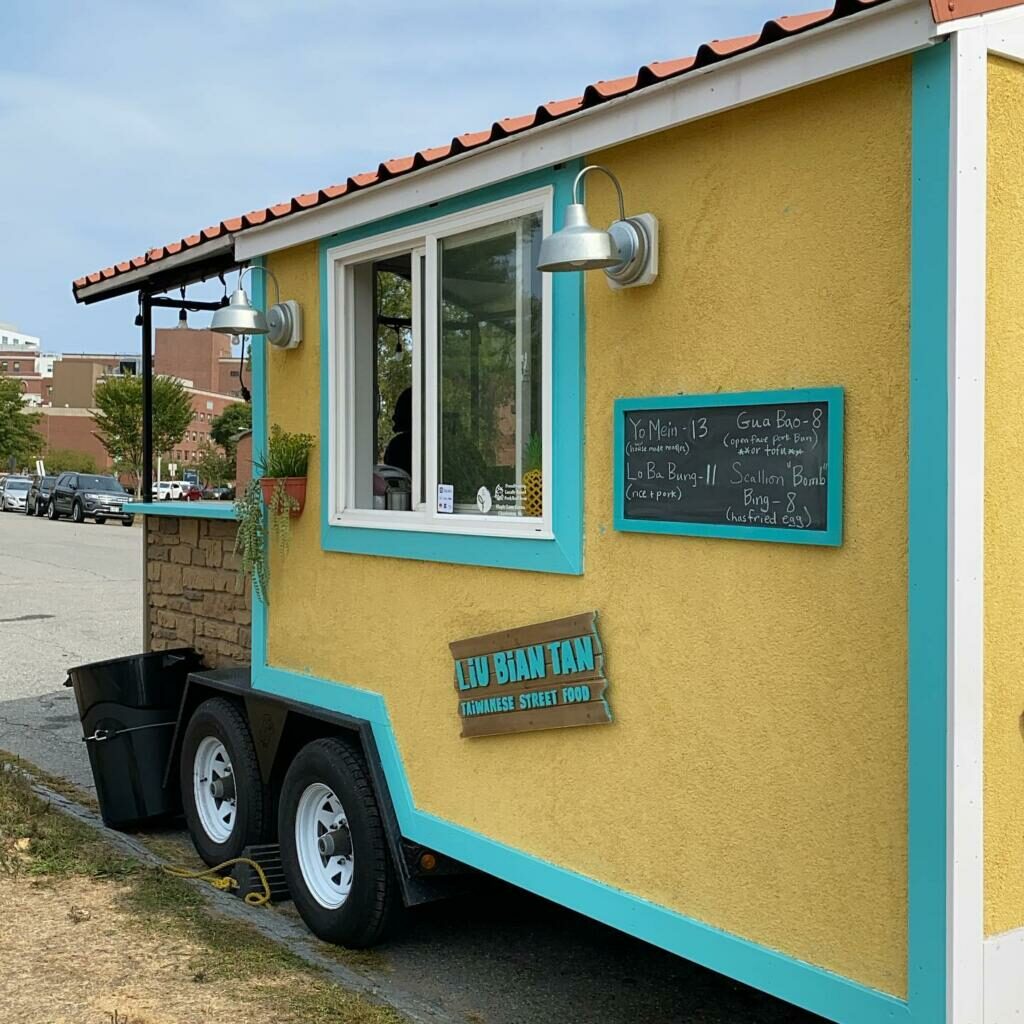 Serving up Taiwanese street food from locally sourced ingredients, Liu Bian Tan announced that under unfortunate circumstances that they decided to put their food truck on the market for someone else to give it a home. But it’s not all bad news, you’ll be able to find Liu Bian Tan with future pop-ups.

It’s not goodbye, it is see you soon! Veteran and woman-owned Curbside Comforts announced in March that they would be transitioning from a food truck to their new brick-and-mortar location in Gorham. Known for their delicious plant-based comfort foods, Curbside Comfort’s opening date is to be announced soon. Their new home will have all the menu items you know and love, but with expanded offerings. 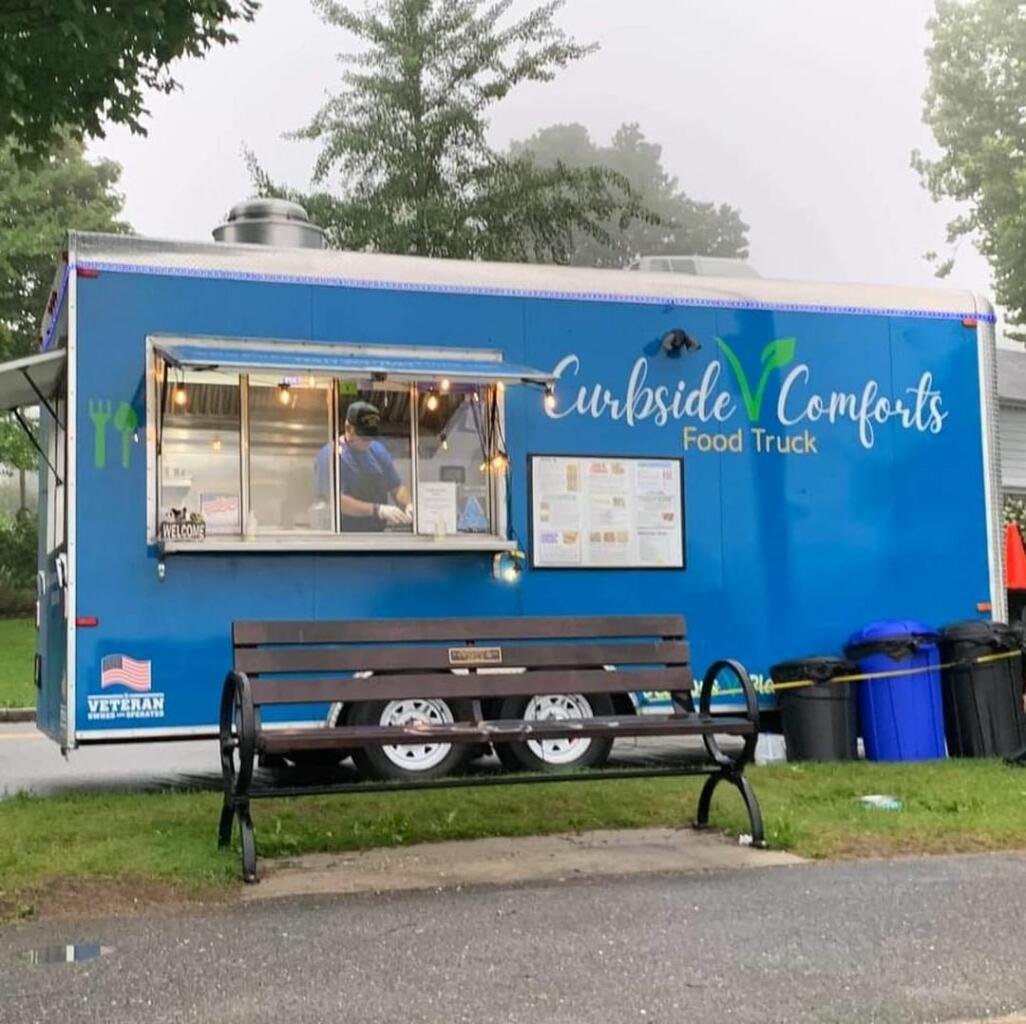 Looking to track food trucks in the area, including their exact time and location? Download the FoodTrux app here: https://bit.ly/FoodTruxApp and follow Maine Food Trucks on Instagram.