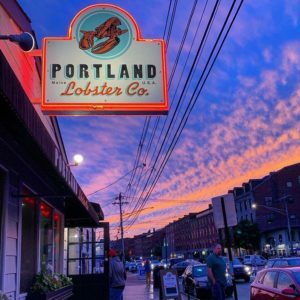 A powerhouse vocalist whose incredible stage presence and vocal maturity rank with the best, Elise Testone is the perfect combination of soul, rock, attitude and restraint. Equally as impressive and at ease belting James Brown style vocals over a relentless funk groove as she is resting her voice gently over a ballad, Testone’s range of influences and vocal capacity know few limits. Her first original album, In This Life, released in 2014, received rave reviews, celebrating her ability to “wail the blues, rock like a bitch and purr sexily” (Goldmine Magazine). Growing up in New Jersey with a father who collected juke boxes, Testone knew she was a singer even as a young girl. Exposed to music that ranged from Motown and the Beatles to Queen and, later, Led Zeppelin and Erykah Badu, she began studying privately at the age of 5, excelling and performing publicly at local coffeehouses through her teens. Eventually graduating from Coastal Carolina University with a Vocal Performance degree, Testone came of age as a professional performer and private educator in Charleston, SC, becoming one of the most seasoned and well respected musicians in town. At the age of 27 she was approached by a scout from television reality show American Idol and decided to use the opportunity (urged on especially by her students) as a stepping stone to propel her career, ultimately becoming top six finalist on the hit show in 2012.