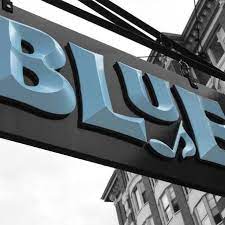 Frank Fotusky plays Acoustic Blues in the style reminiscent of the great East Coast “Piedmont” players such as Rev. Gary Davis, Blind Boy Fuller, John Jackson, Blind Willie McTell to name a few. A majority of his material is culled from the ’20’s, ’30’s and ’40’s and Acoustic Blues and Guitar Rags are the foundation of his music. Along with this repertoire, his original compositions are rooted in this era and still carry a contemporary feel. East coast or “Piedmont Blues,” as it is so often called, consists of sophisticated syncopation with fingerpicked guitar. The result is a sound that resembles that of the ragtime piano.

Frank has performed with Virginia Bluesman John Jackson, Paul Geremia, Roy Book Binder, Hubert Sumlin and has been festival headliner in his own right. BLUES ACCESS has said, “(Frank) offers a sparkling guitar sound on fine Piedmont-style blues and rags….Fotusky’s clean fingering draws you in and projects the music, which would be somber in other hands, out.” In the fall of 1999, Frank released his first CD “TEASIN’ THE FRETS” to widespread critical acclaim.BLUES REVUE stated, “Thirteen heartfelt cuts…played and sung with care and emotion.” Tom Olson from the Blues Connection said, “Frank understands and plays the music authentically,” and BIG CITY BLUES offered, “This is a player that would be welcomed on any porch, front or back!”