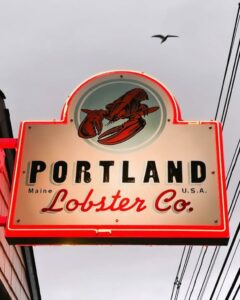 Connor Garvey is an award-winning singer-songwriter from Portland, Maine, with the amiable presence of an entertainer, the lyrical depth of a poet, and the enchantment of a storyteller.

Garvey leaves audiences uplifted and inspired through a positive message delivered in a way The Portland Press Herald says proves you can be optimistic and self-aware without being boring. His unique sandy tenor and masterful blend of rhythm and melody draw comparison to Paul Simon and contemporaries Josh Ritter and Jason Mraz. He wins song competitions. He fills rooms. But most of all he moves people.

First time listeners often are drawn to Garveys engaging performance style, accomplished musicianship, and memorable melodies. But his lyrics project a depth and sincerity that allow the observant listener to find meaning beyond the catchy hook. Meanwhile, the intricate production of his albums adds emotional depth and keeps the songs fresh play after play.

This combination of songwriting and performance strength has earned Garvey numerous awards including being named winner of the Kerrville New Folk, Rocky Mountain Folks Fest, SolarFest, Wildflower Art and Music Festival and Maine Songwriters Association songwriting competitions, voted as Most Wanted artist at the Falcon Ridge Folk Festival, nominated for Best Male Performer in the New England Music Awards, and a top new singer songwriter by Sirius XM’s The Coffeehouse.

On his latest release, Meteors and Beating Hearts, Garvey shows further maturity as a songwriter, addressing personal and universal themes through a series of lyrical stories. Many of the songs were written as assignments for a weekly songwriting group. The challenge of writing a new song each week and presenting it to a group of artists he admires challenged and pushed Garvey to try a new approach to his songwriting.

Garveys interest in music and writing began at a very young age. Both his parents are educators and his father was a songwriter. Growing up in such a musical environment in the artistically rich Northeast, Garvey developed the firm belief that songwriting is a method for bringing community together and a way for people to explore a greater depth within their own lives.

Originally a drummer, he picked up the guitar in his teens, in part because his best friend was better with the sticks and together they could start a rock band. But this rhythmic background remains at the core of his musical style. He merges syncopated bass lines with melodic leads to create a full sound from his acoustic guitar.

The themes of community and living with intention run deep for Garvey, from the musical memories of his youth to his ease in developing relationships with audiences and fellow artists. He builds upon on the energy of live performance to deliver a memorable experience in a way that has led folk stalwarts Vance Gilbert and David Wilcox to proclaim the tradition of acoustic music is in good hands with Connor Garvey.