A Little Something for Everyone 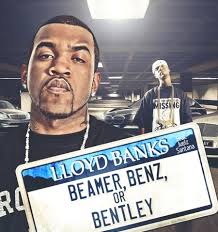 On Sunday November 24th the man whose never run, never snitch and is a grown man dawg not a bitch, will be in Portland.  Originally coming up when Eminem’s D-12 was releasing in the mid 2000’s and his crew G-Unit was busting at the seams with 50 Cent and The Game.  The Cold War between these groups elevated everyone’s lyrical prowess, but with time his star’s shine may have faded but I’m sure his deadpan flow is the same on his most recent release, but like many of you, I haven’t bothered to listen to it.  Typically, the hip-hop shows I’ve been too have featured at least a full half hour of the dude I paid to see and not the long boorish appreciative two hours like so many artists are willing to give.  Asylum is on 121 Center Street. Don’t get mad ’cause he hood rich. 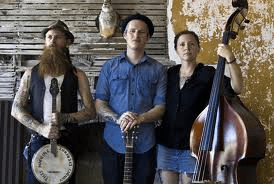 Originally formed in California, The Devil Makes Three are the latest in the Americana-Folk revival that’s seen bands like The Decemberists, Mumford and Sons and The Civil Wars.  Their style is less bluegrass and more vintage Greenwich Village.  They play the State Theatre on Saturday the 23rd of November, and can expect a large community eager to listen to them.  With only three members in the band it’s hard to believe their sound feels to rich and layered, but they pull it off with ease.  The best part, they know their own history and play new interpretations of old blues songs.  Here’s hoping we get some Lead Belly. 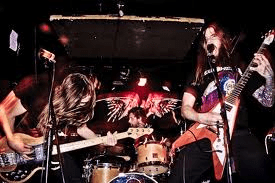 If Americana-Folk isn’t really your thing and you prefer your music loud, fast and brutal then Space Gallery has a night planned for you.  With four punk bands in one night on Saturday, November 23rd and for a measly seven bucks you can wreck yourself for hours as Portland native band and perennial Best Punk Band honorees, Waranimal holds on to keep their title as THE most hard, badass and ritualistically violent band to see live in Portland.  Accompanying them is Stone Tools and Zud.  I love how the band’s live footage says that it has no description, because it shouldn’t.  See these guys.  They write songs about, “drinking beer in Hell,” but don’t worry much about the lyrics, you won’t hear them anyway.