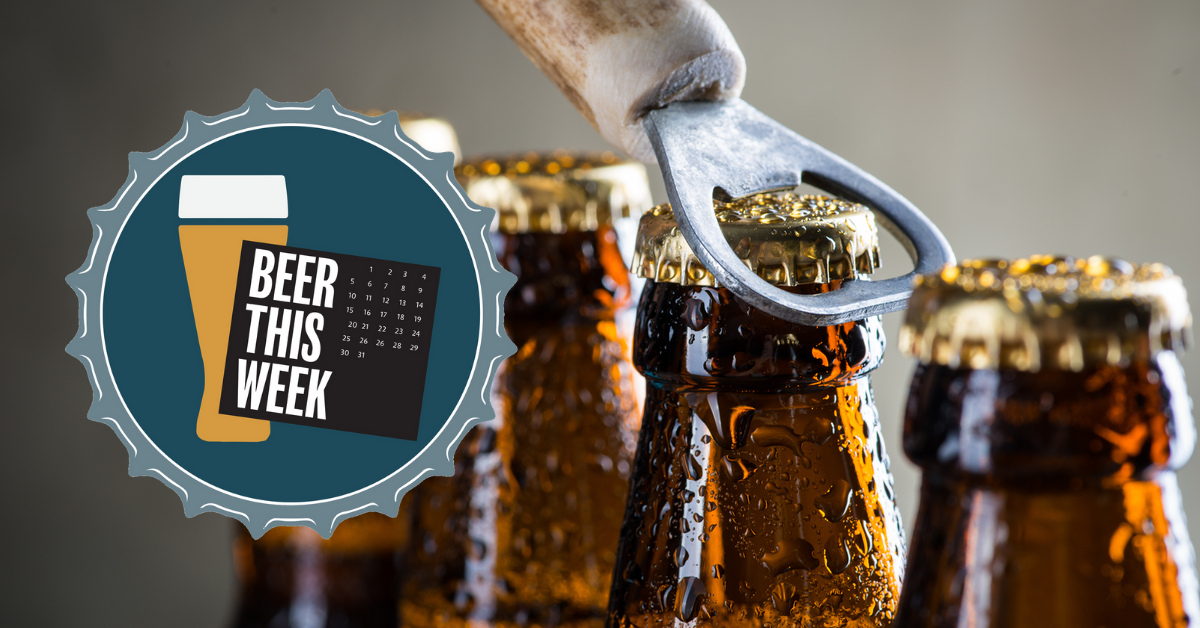 They say April is the cruelest month, but whoever “they” are (were?) clearly just didn’t have enough good craft beer. Sure, the weather can be kind of iffy, but it’s nothing that a couple of quality Maine beers can’t fix. Plus, this is the time of year when we get an occasional taste of warm weather before the tourists arrive. It makes it feel all the more special like it’s just for us. Does that sound too hippy-dippy? Maybe we’re still feeling the effects of this week’s 4/20 celebrations. Anyhoo…

Fogtown’s being a Wise Guy, Maine Beer has something to tide you over Post Ride, The Thirsty Pig’s throwing a party big enough for the whole planet (kind of), Corner Point Brewing is ready for Prime Time, York Beach Brewing is ready to Dance the Night Away, and Blaze Brewing is ready to go (almost all the way) to Funtown. Keep reading to untangle the word salad that was that preceding sentence, and find out what upcoming beer releases you need to know about this week. 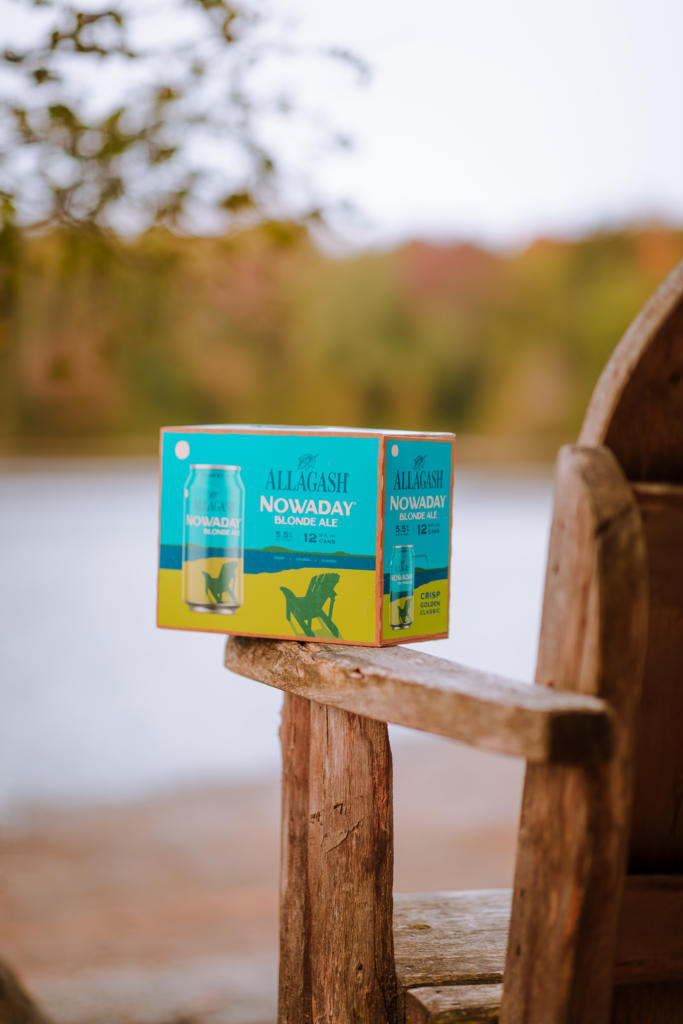 Take time today to lean way back in your chair and relax with Nowaday. This refined Belgian-style blonde ale is brewed like a lager. The result is crisp and dry—an even balance of flavor and refreshment. 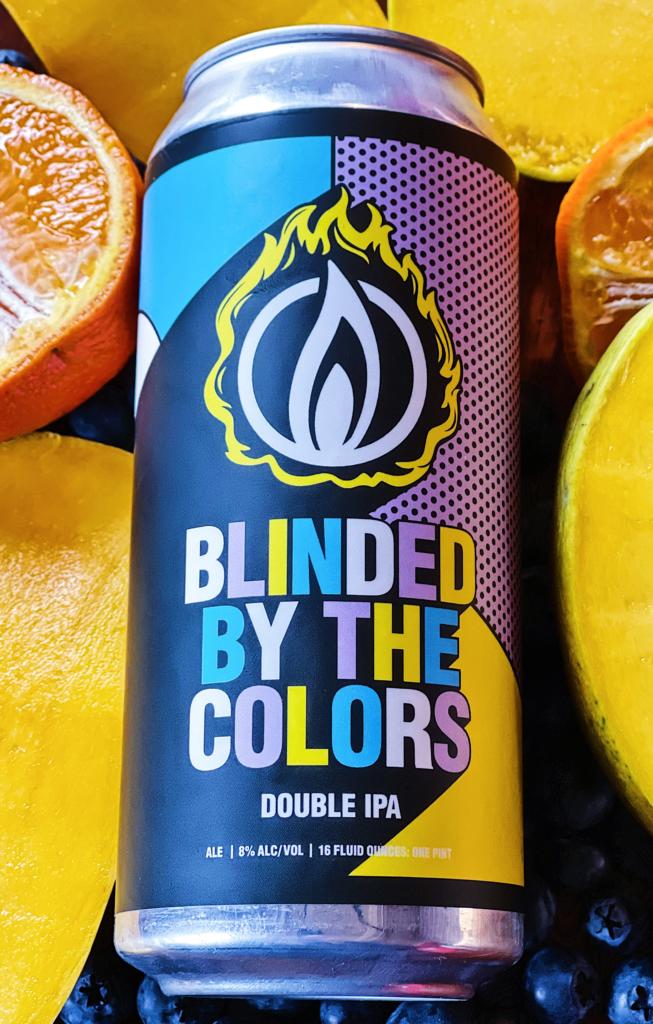 Blinded By the Colors, Double IPA (8%)

At Blaze, they try to be balanced and mindful with their hoppy beers to try and provide drinkability with a gentle and soft hop punch. Welp, they threw the rule book out the window on this one and turned it into a full-on juice bomb. Blinded By the Colors was brewed with Citra, Mosaic, and El Dorado hops and smells and tastes like orange juice, mango juice, and passionfruit juice. 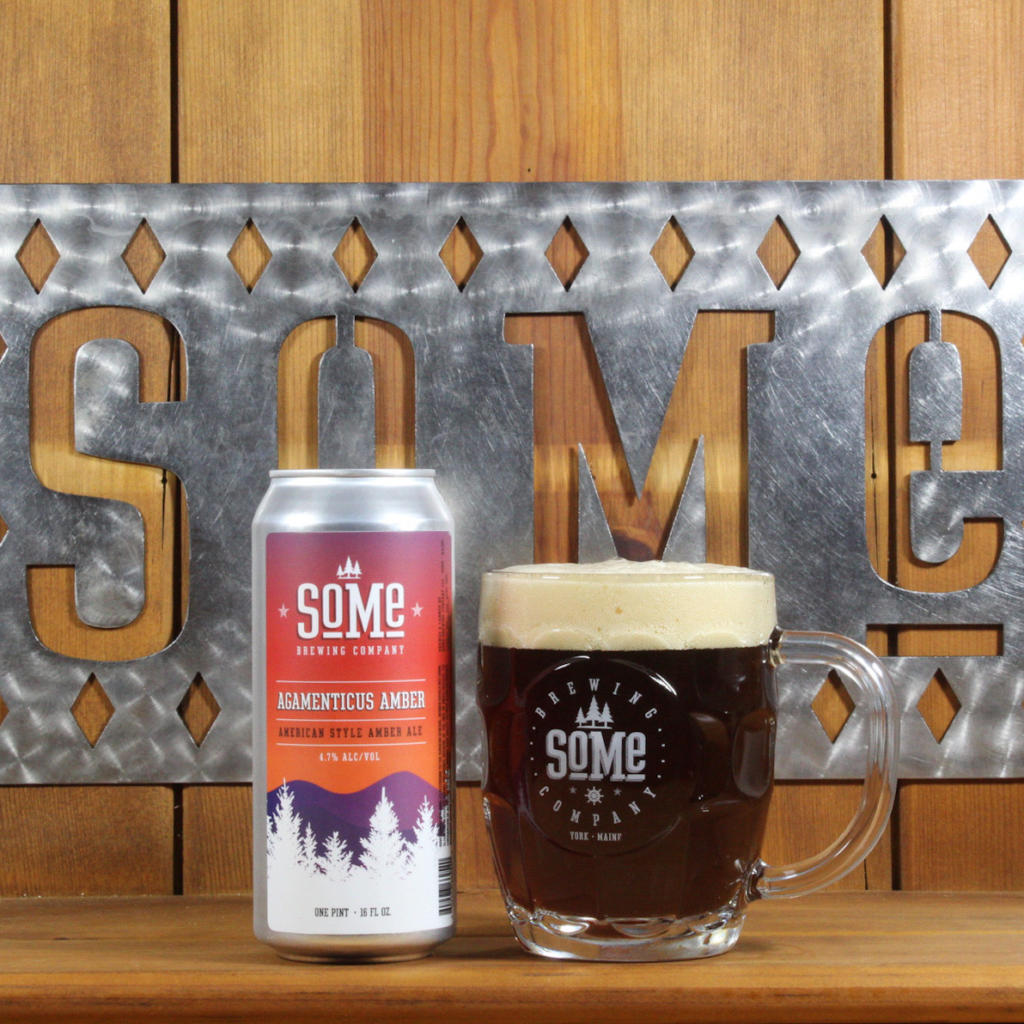 Go for a hike. Have an Aggie. This classic American amber ale is the perfect companion for a cooler day and is named for the nearby mountain. 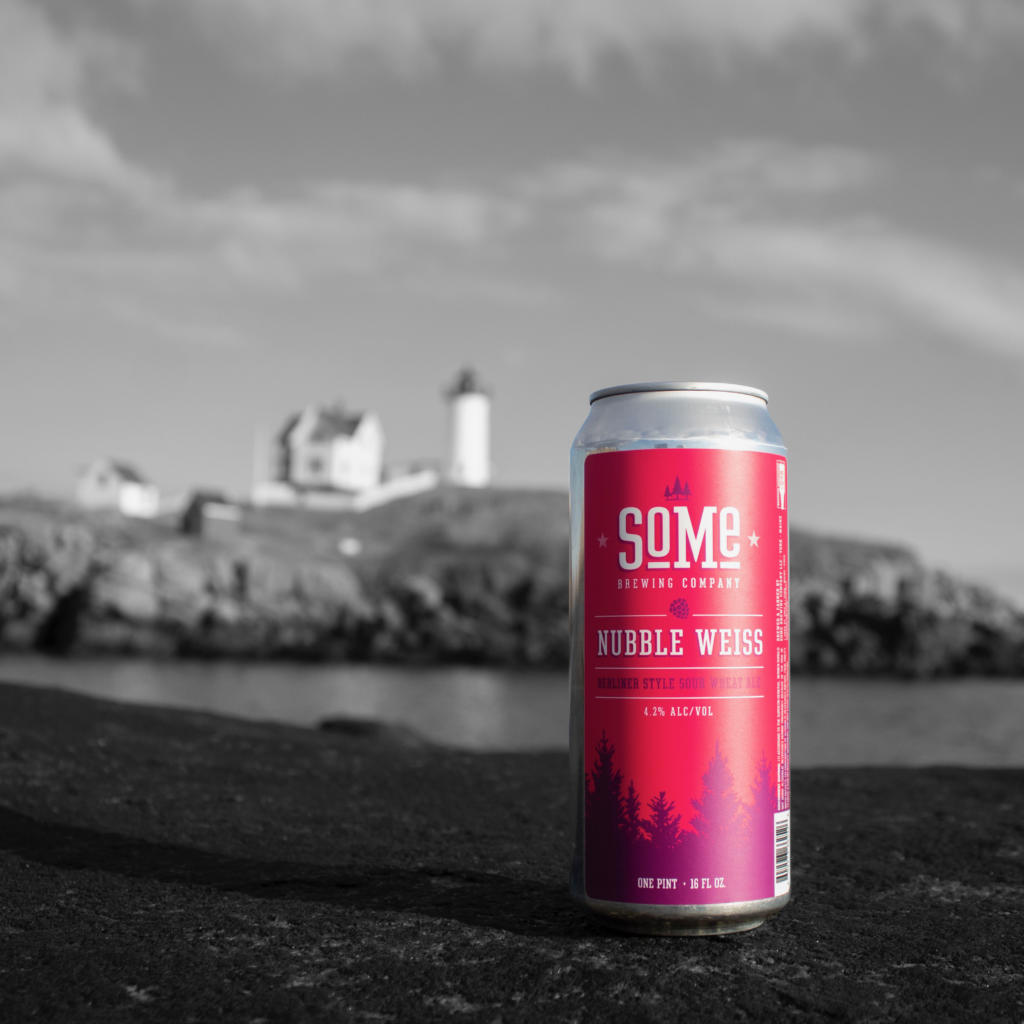 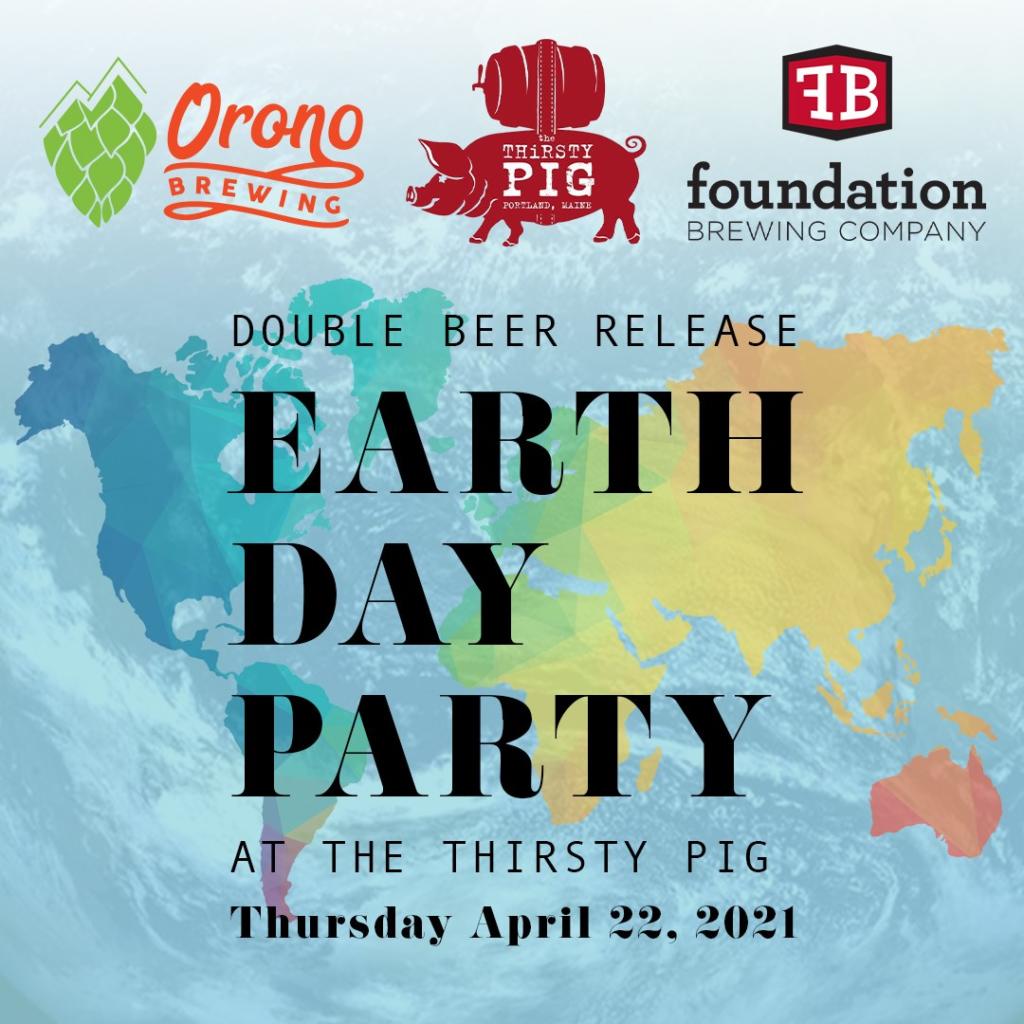 Celebrate Earth Day with Foundation Brewing Company and Orono Brewing Company at The Thirsty Pig! They’ll be raising a pint to Mother Earth with Love Your Planet IPA and Pale Blue Dot DIPA, the breweries’ double collab brewed to benefit our home planet. It’s going to be a full-on tap takeover, with Orono and Foundation beers pouring all day. Join them on the back deck for killer food specials, excellent beer, and a socially distanced celebration to remember. 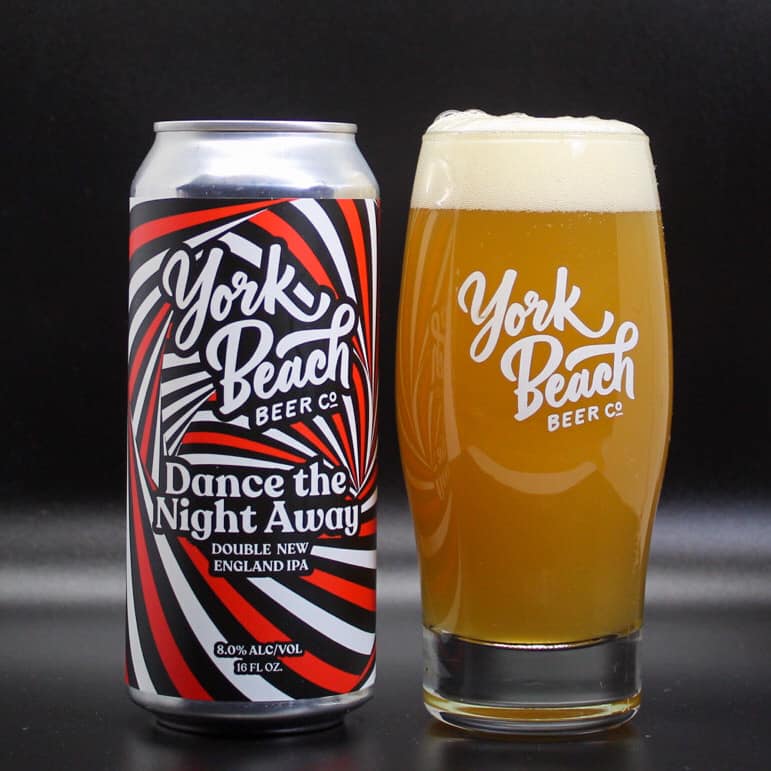 Dance the Night Away, Double IPA (8%)

This New England style IPA riffs on York Beach Beer’s flagship ale, Dancing Madly Backwards, featuring the familiar twists and twirls of Vic Secret and Cashmere, but boosts the juice with the addition of Citra to the dry hop. 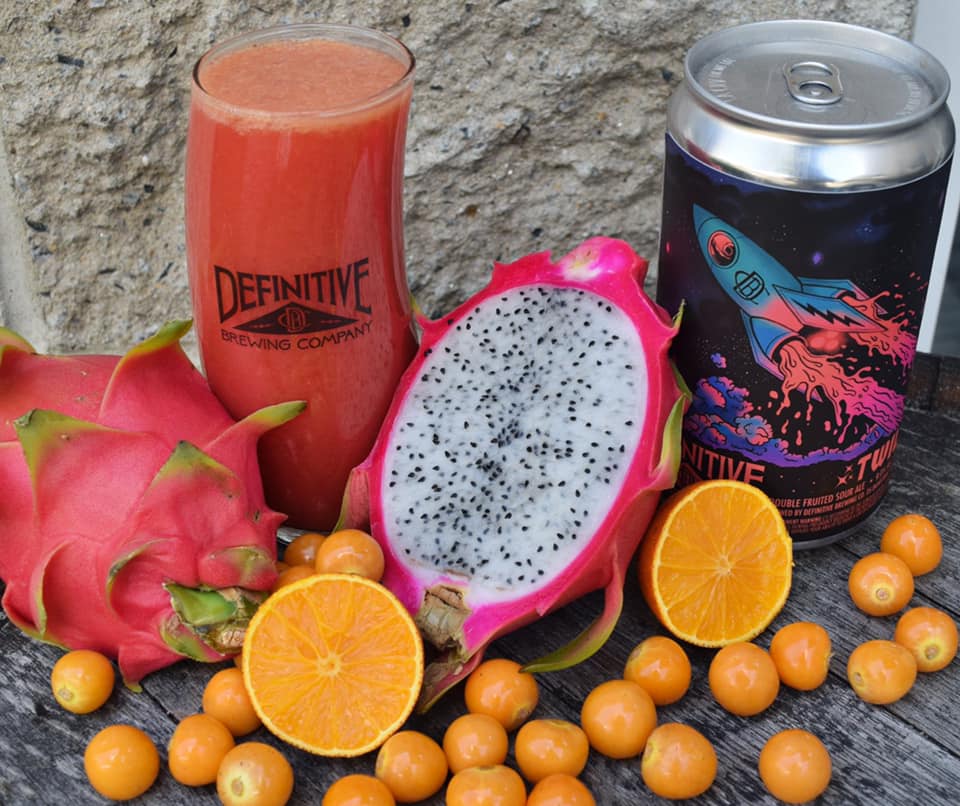 This week’s release of TWILIGHT JUICE has been fruited to the max with the flesh of many dragon fruits, tropical golden berries, and zesty orange. It’s a tropical-icious mouthful of flavor. 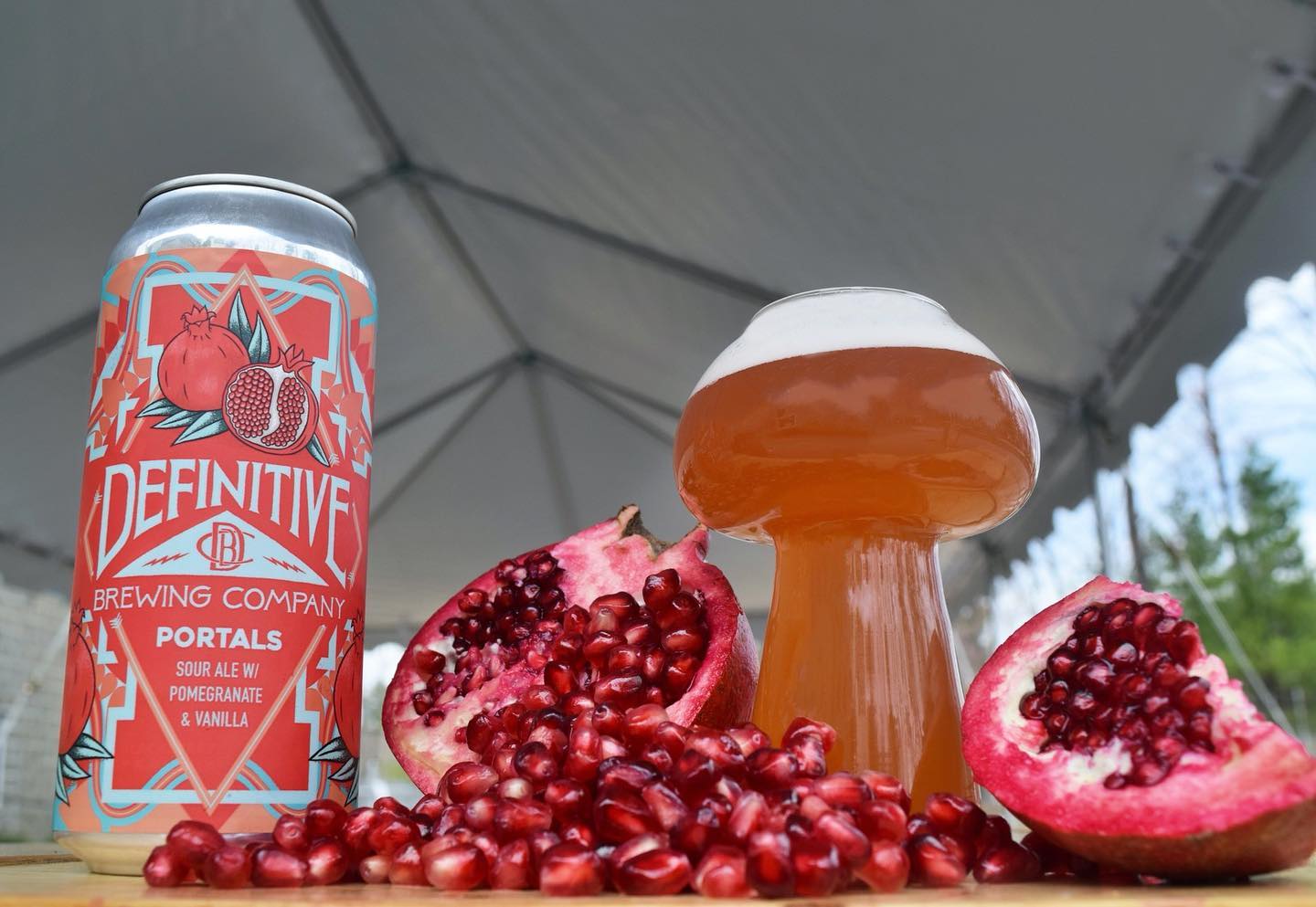 PORTALS (Pomegranate) is a new addition to Definitive’s repertoire of fruit with this eighth version of their Fruited Kettle Sour with vanilla series. It tastes and smells like handfuls of ruby red pomegranate seeds and cracked vanilla beans. Both are available Friday in Portland and Saturday in Kittery. 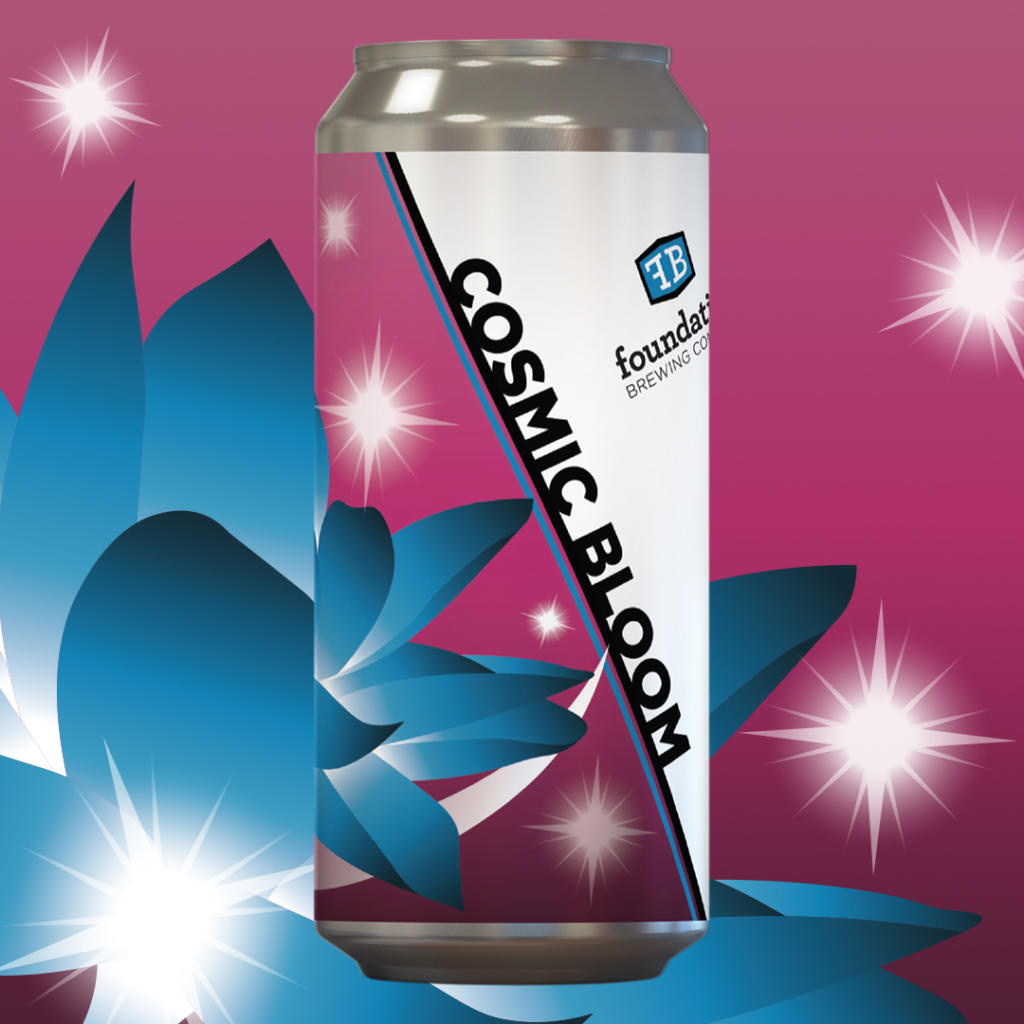 Cosmic Bloom has a soft, smooth body from the touch of wheat and a bright citrus/white grape/tropical punch from the Azacca and Galaxy hops. Together, it combines to make a consummate summer crusher. 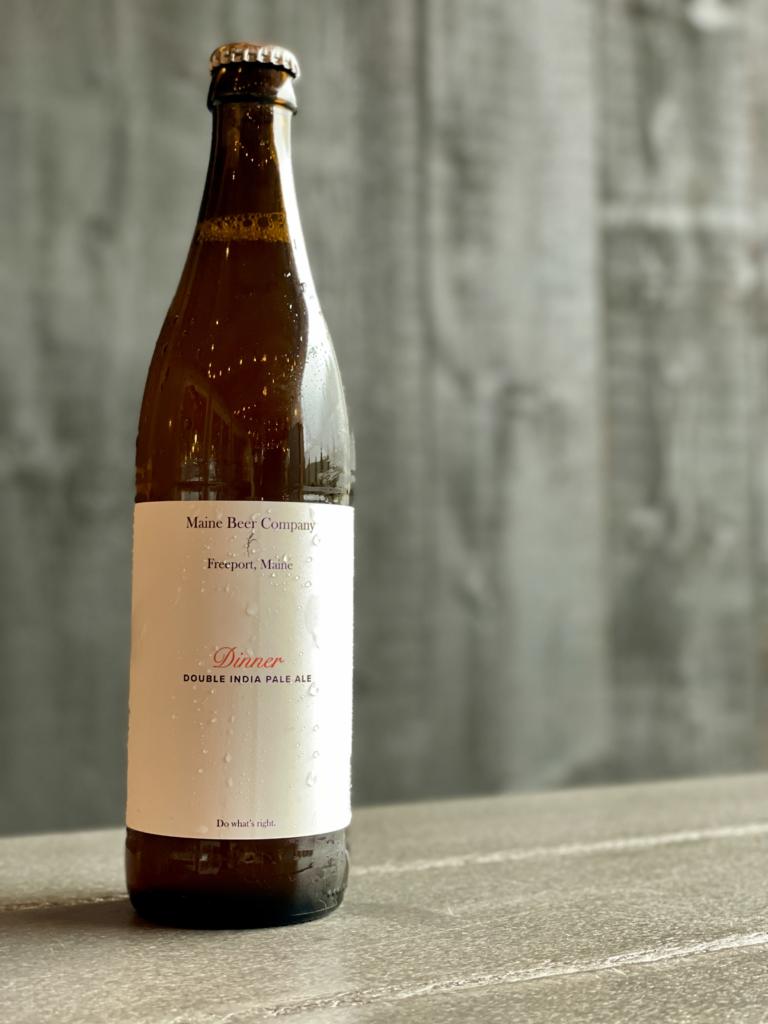 Maine Beer will be joined by their friends at the Center for Wildlife for their monthly visit from their animal ambassadors from 11 a.m. – 1 p.m. You’ll get a chance to see wildlife up close and learn more about the Center and what we can all do to help protect the animals around us. 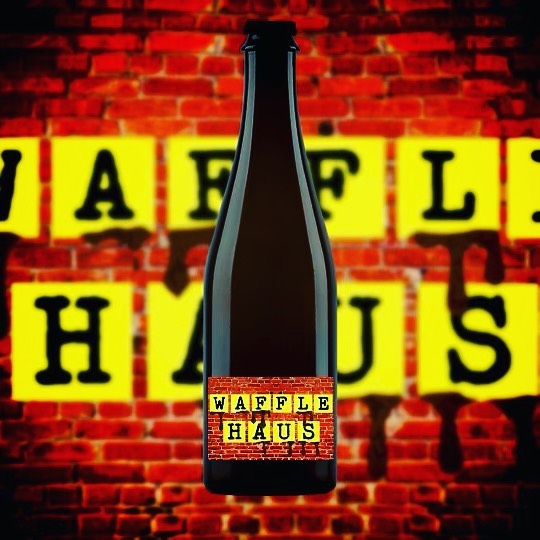 New beer alert! Waffle Haus was inspired by delicious treats enjoyed by the Barreled Souls team on their trip to Belgium just over a year ago. This imperial stout was conditioned on chocolate, hazelnut, and waffle. 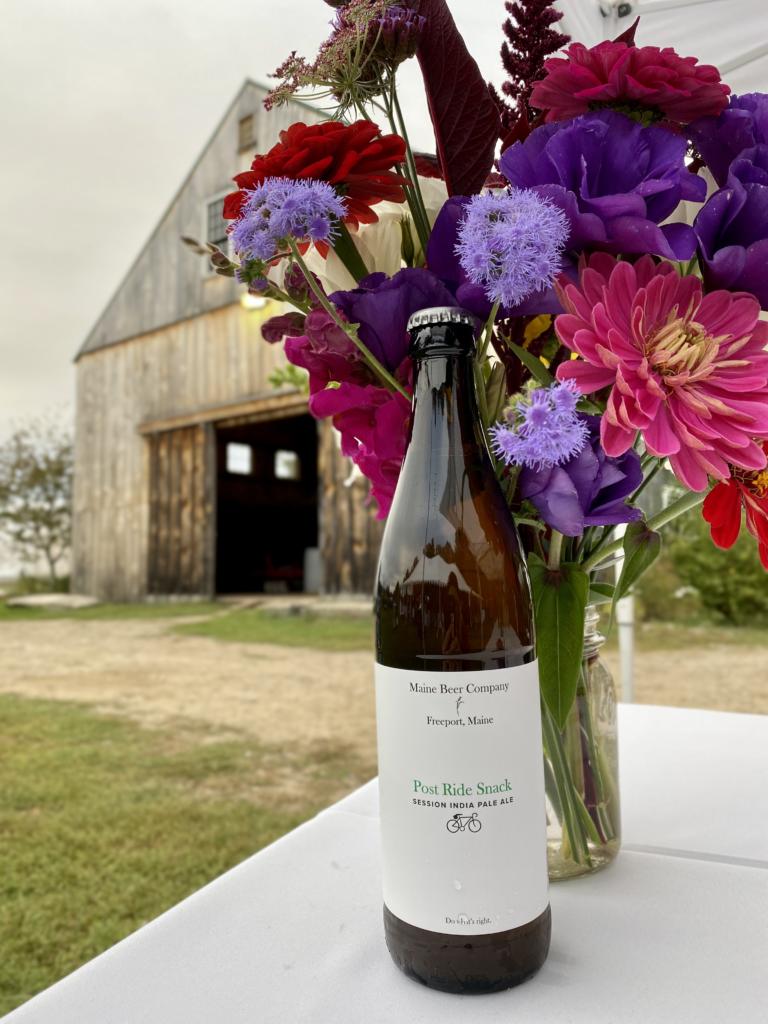 Maine Beer Company brewed this session IPA as a refreshing post-ride snack with notes and aromas of tropical fruits, citrus, mixed berries, and grassy pine. Enjoy after a ride, hike, run, errands, or any celebration of the end of a long day, you deserve it! 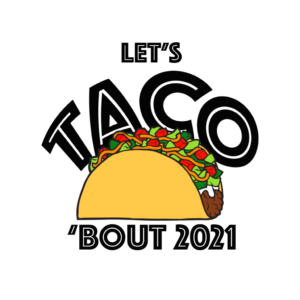 Two tacos. Two beers. Two sides. Chips and salsa, rice and beans, and churros for dessert. Locally sourced and locally made, from two of your favorite Maine small businesses, Fore River Brewing and The Black Tie Company. We can’t think of a better way to spend the first Saturday in May. Grab your tickets now, sales end Wednesday, April 28. 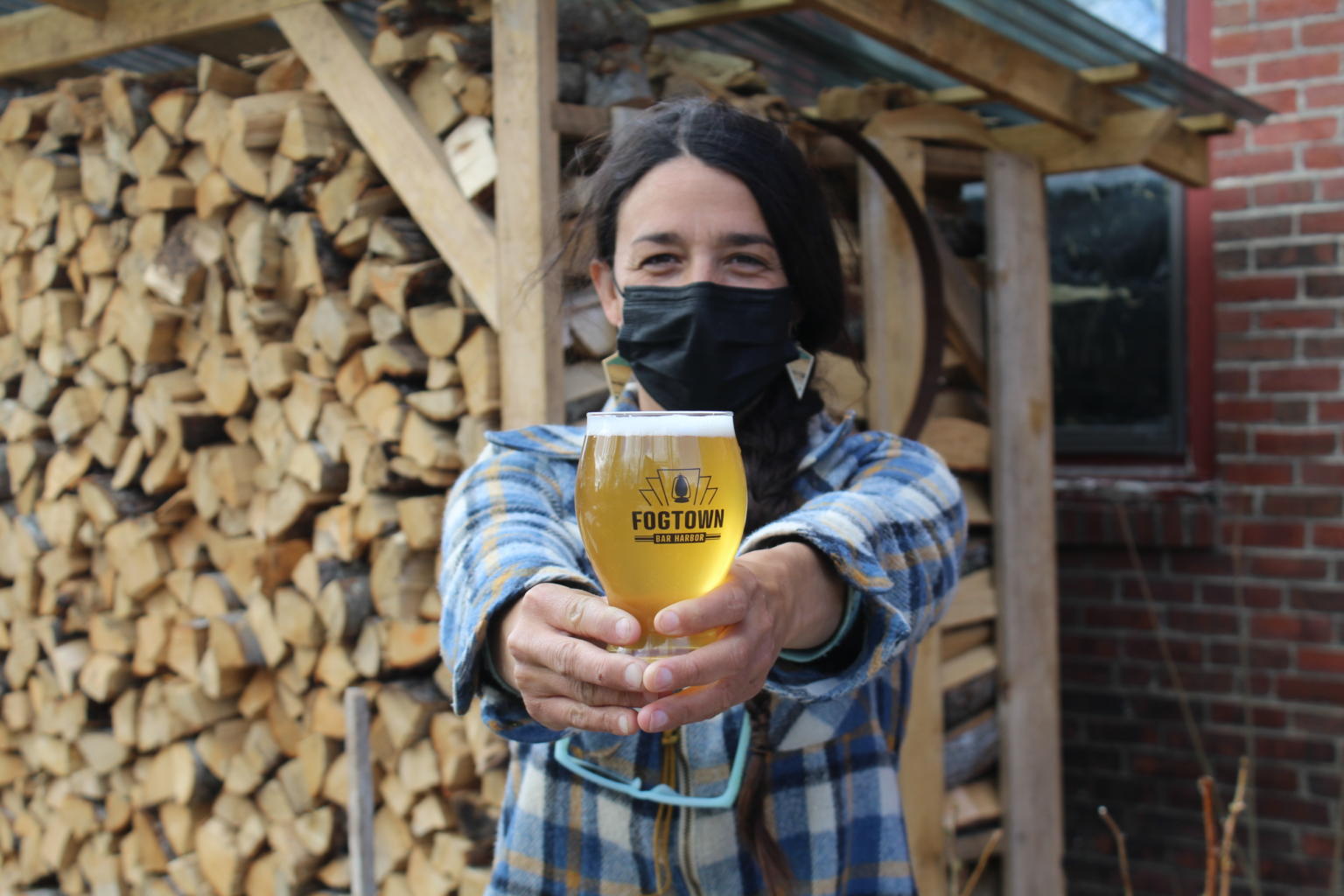 A domestic lager brewed with Maine Pilsner Malt and Saaz Hops, Wise Guy is light and refreshing with just a touch of malt and should be available sometime this weekend.

There are a lot of fruit-forward beers just begging to be imbibed this week, including a gose brewed with blackberries, an IPA with notes of mango and coconut, a sour ale with passionfruit and tangerine, and a mojito-inspired IPA that already has us dreaming of warm summer days out on the patio. 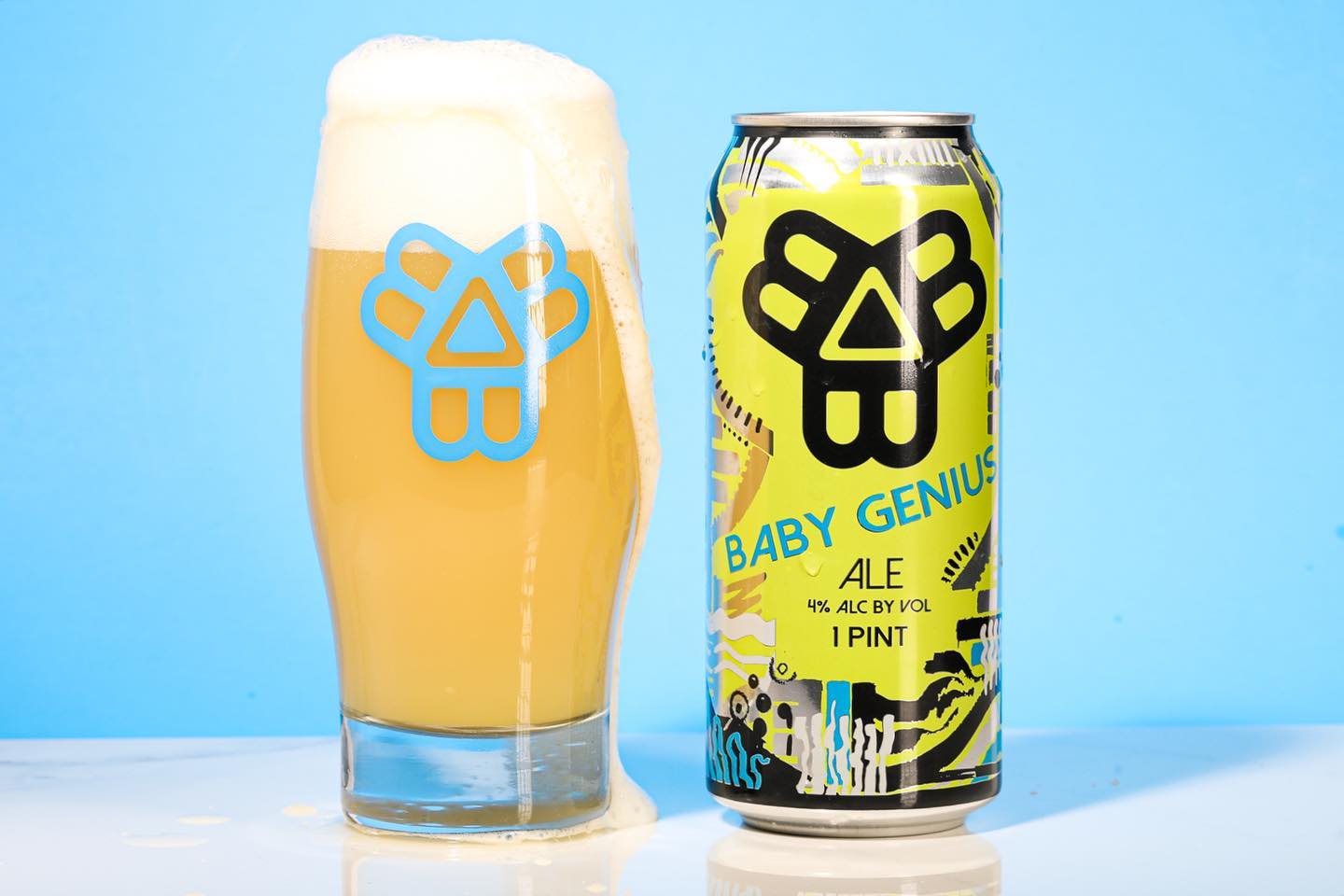 The days are getting longer, the temperature is ticking up, the trees are budding… it must be Baby G season! Baby Genius is the BB’s easy-drinking blonde ale, and the brewery donates 5% of all sales to benefit the Barbara Bush Children’s Hospital at Maine Medical Center, which provides top-quality care to young patients and their families. 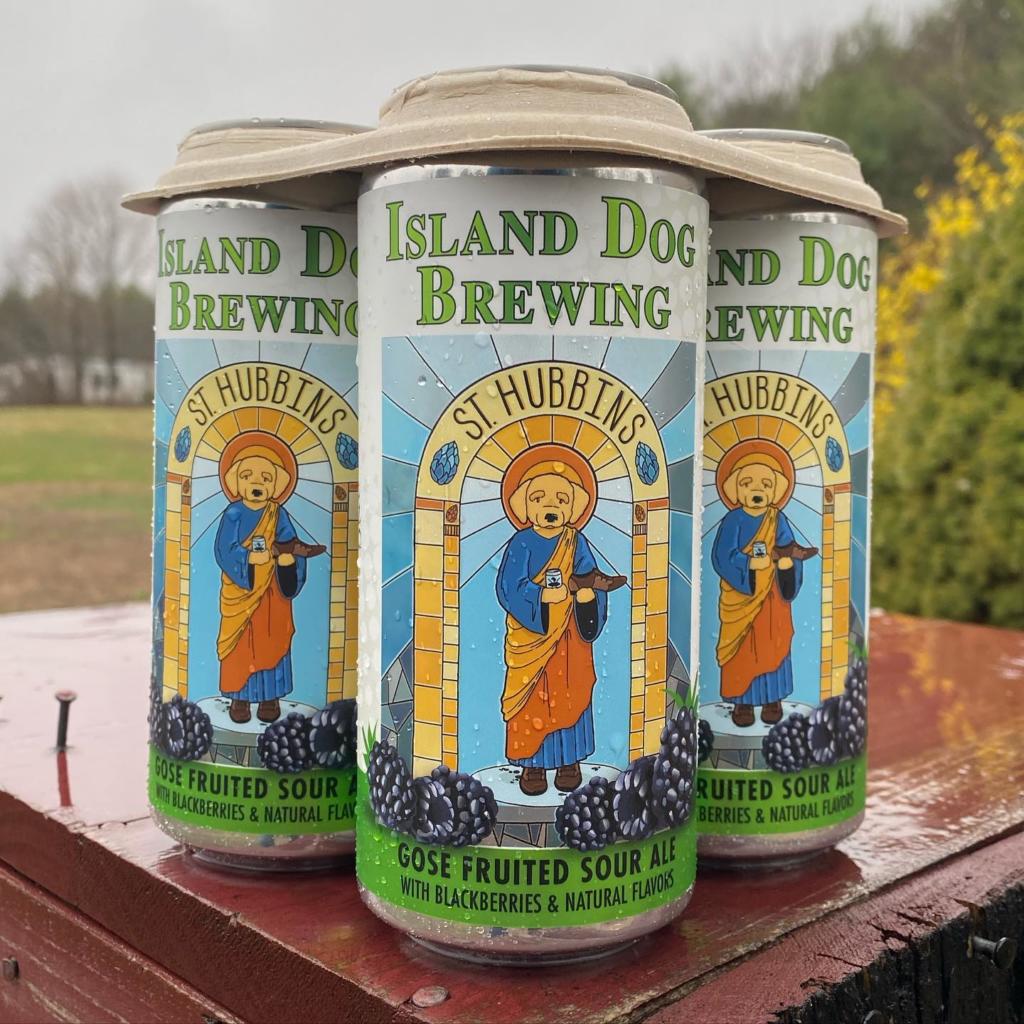 St. Hubbins is a wheat ale with blackberries that comes with mild sour and salty notes and a crisp smooth finish. Perfect for a rainy, snowy, cold, sunny, or whatever kind of spring day Maine throws our way. 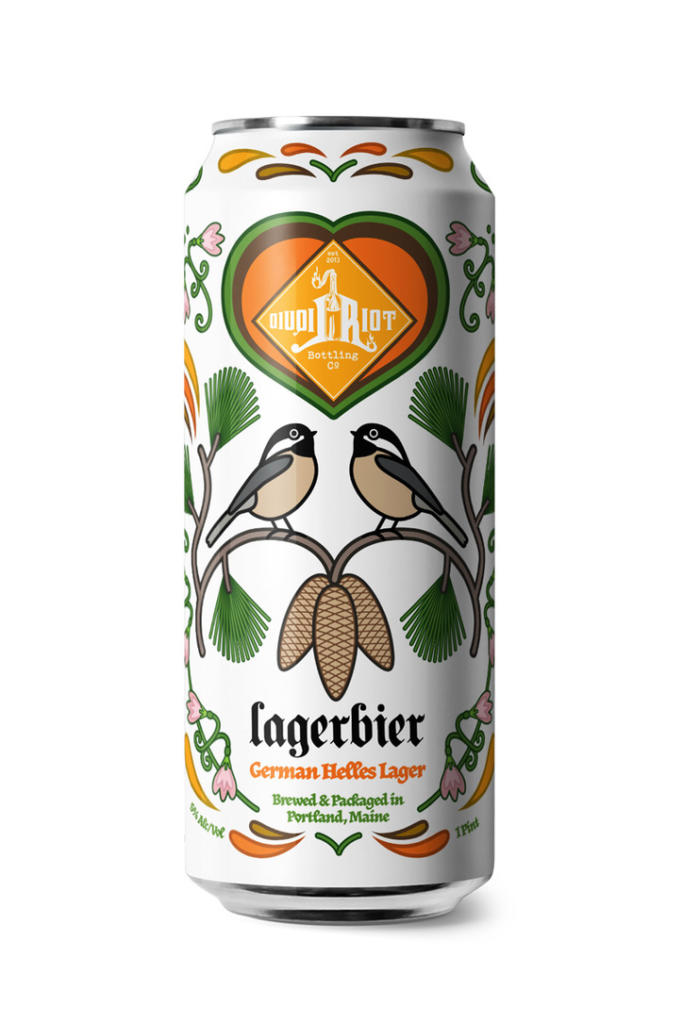 Lagerbier is blond in color with a light, bready maltiness, and subtle hopping; perfect for quaffing. 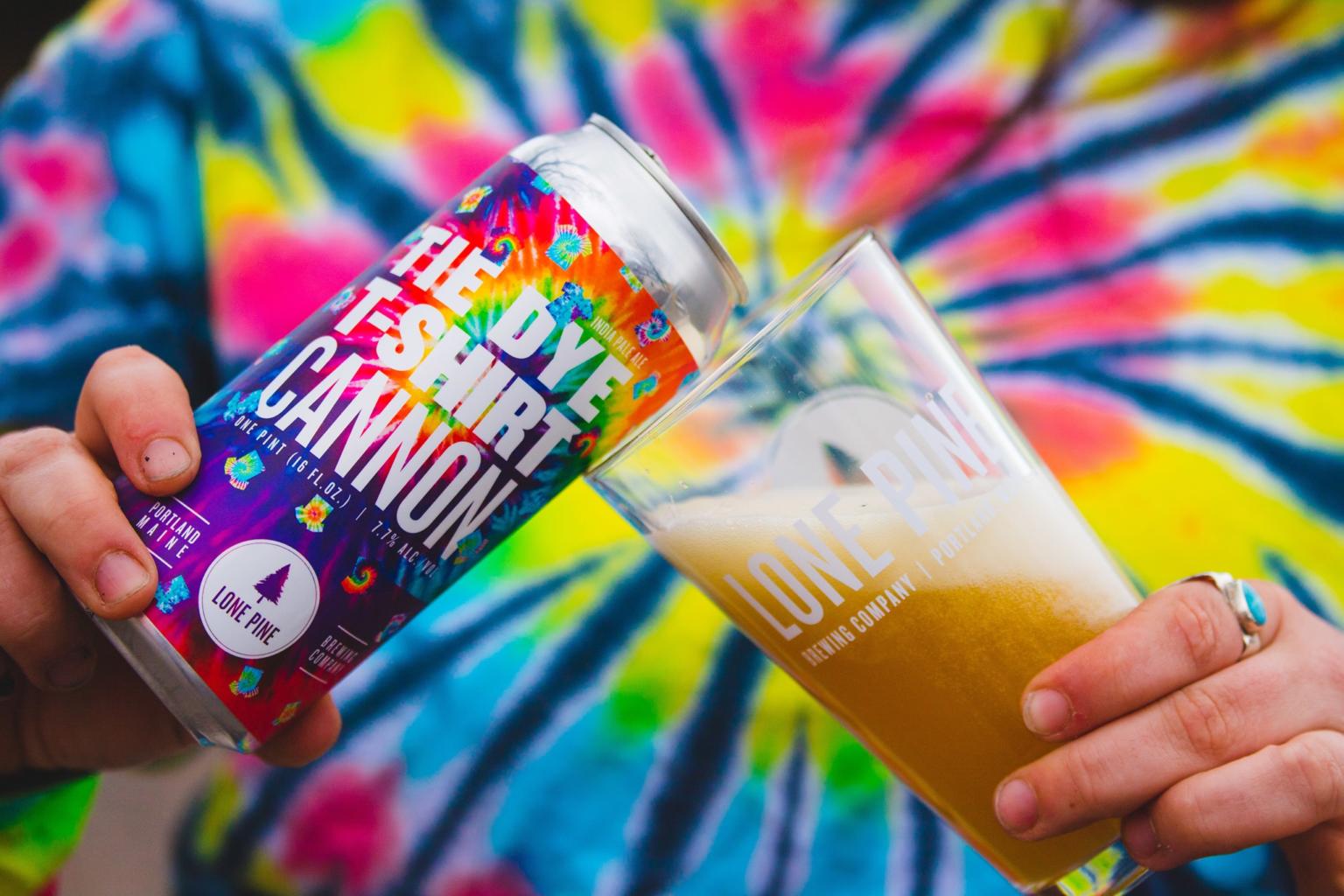 If reggae is playing at Anderson Street, it’s because a fresh batch of TIE DYE T-SHIRT CANNON IPA just rolled up at the tasting room. Vigorously dank with subtle aromas of overripe mango, mixed candied fruit, and coconut, TIE DYE T-SHIRT CANNON will spank you with a 7.7% ABV hit to add a little extra lift to your day. Generously flavorful with notes of tropical fruit and stone fruit followed by a slightly bitter finish, this IPA is made to keep you as hazy as the beer in your can. 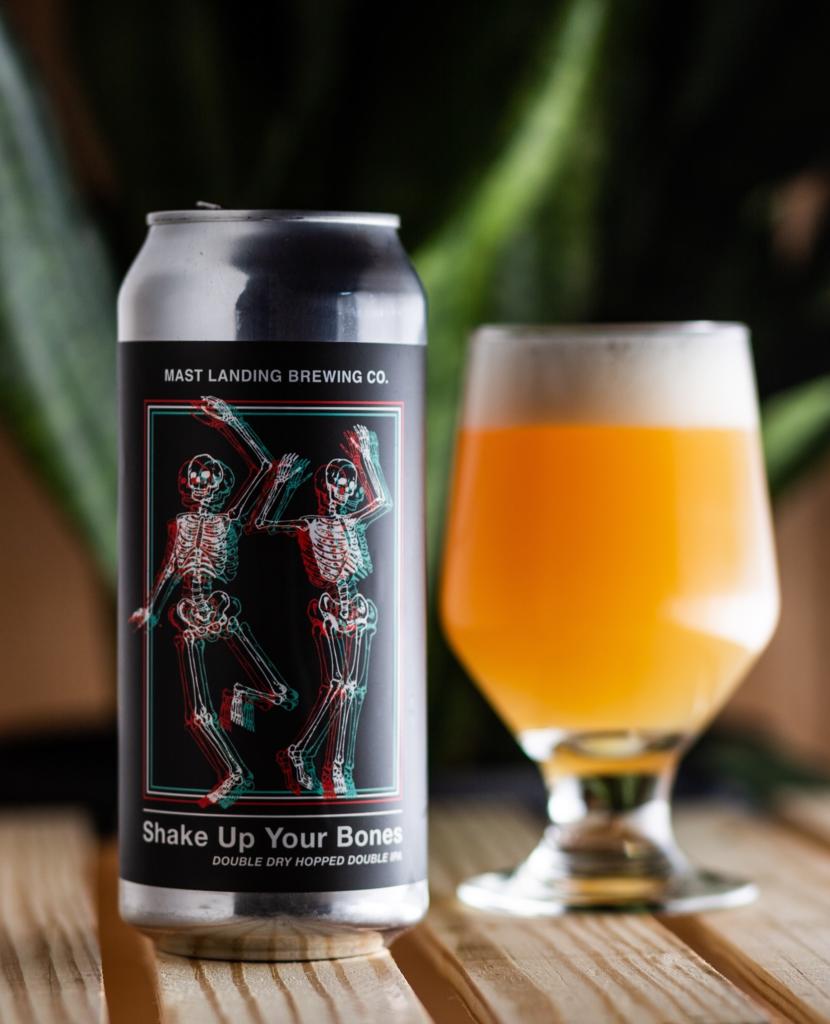 The bones are back! Shake Up Your Bones is a burst of Nelson, Simcoe, and Citra energy, with a smooth body and major drinkability at 8% ABV. 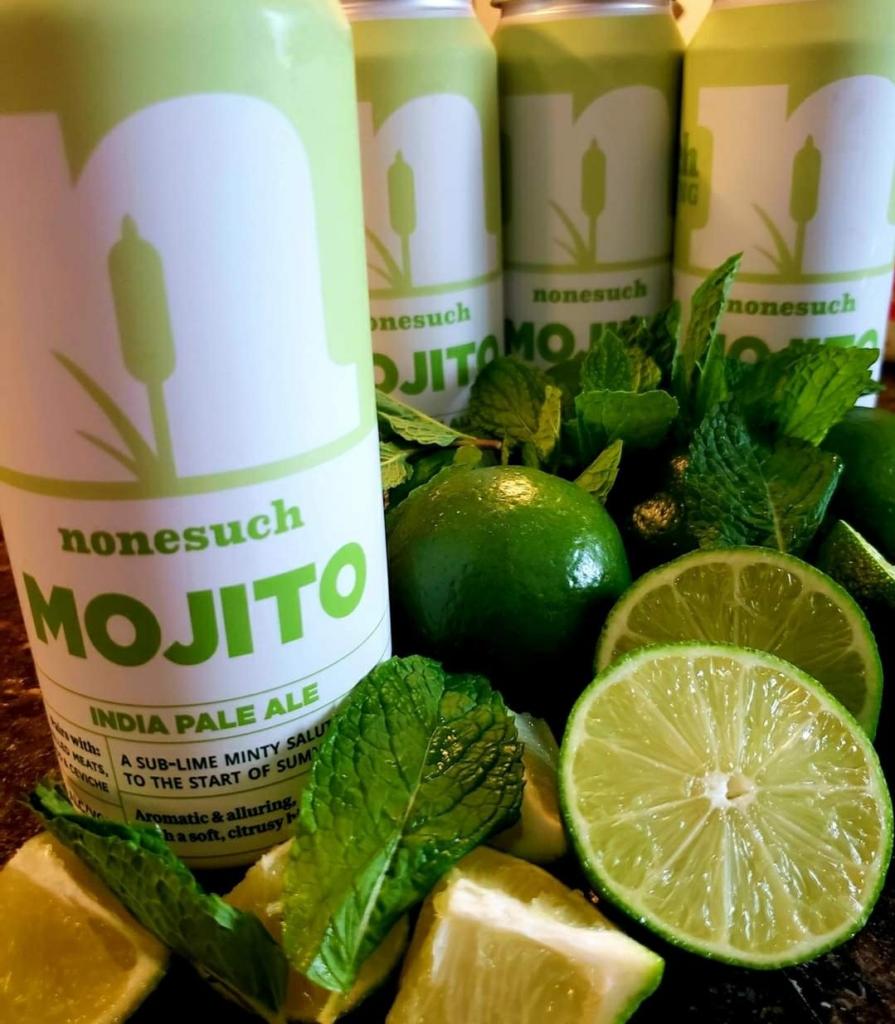 A sub-lime minty salute to the start of summer.

Passionfruit Tangerine Squadron is a draft, tasting-room-only release of Rising Tide’s new sour ale, and (as the name implies) is brewed with passionfruit and tangerine. 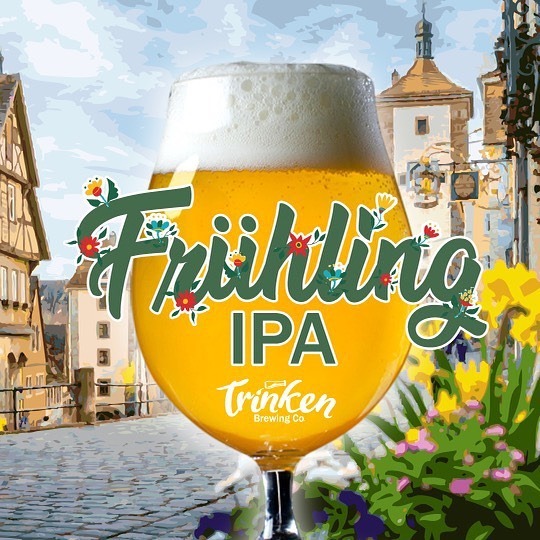 Frühling (springtime) IPA is a 6.5% citrus-forward, not bitter, light-bodied IPA made with Citra, Simcoe, and Amarillo hops.

A new brewery is looking to cater to the ladies, pilsners are having a moment, and there is a debate if Maine actually has more breweries per capita than Vermont (sigh, just let it go, Vermont!). All that and more in this week’s rundown of Maine beer news.

Woman-owned brewery to open in Lisbon

Is Maine Beating Vermont in the US Breweries Battle? We Crunched the Numbers

Whoever is first or second does not necessarily matter as much as how New England’s beer industry is doing as a whole, both states’ beer industry groups and businesses say

Tap Lines: Pilsners of all styles are popular again

And Maine breweries are making great examples of them.

‘A Piece of Your City’ kicks off in Portland

Remember the guy who did 50 jobs in 50 states and wrote a book about it? Well, he’s traveling the country once again, this time he started in Portland.

Belgian-style pilsner with a hint of wild beer available throughout the brewery’s national distribution footprint.