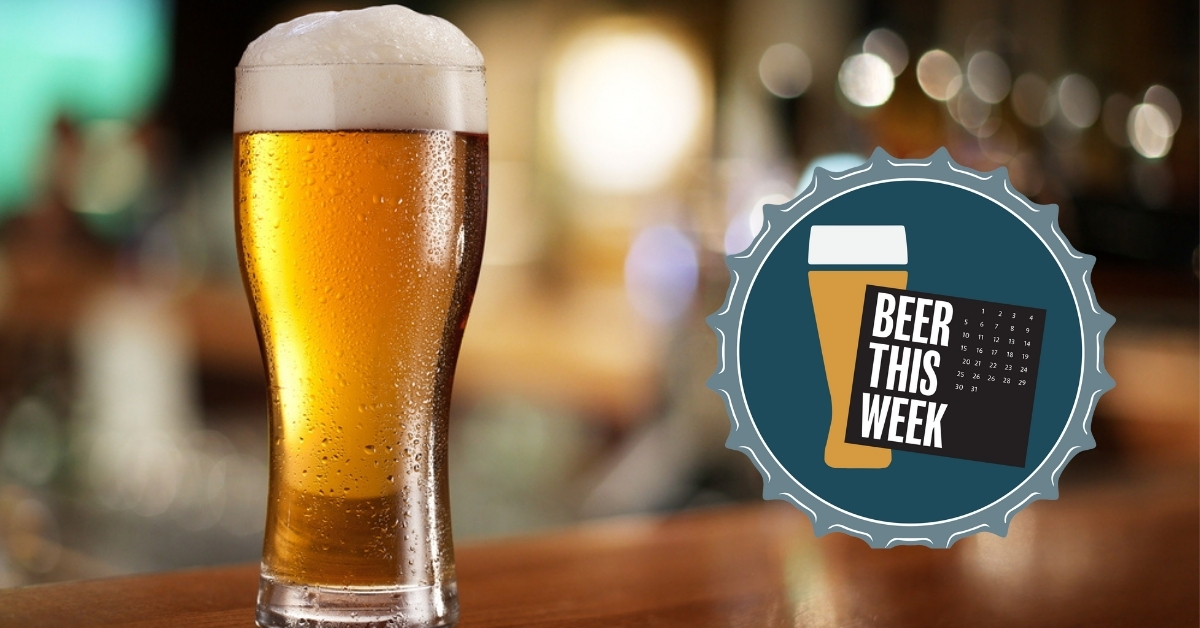 It’s already August 19?! Wow wow wow, where did summer go? Summers in Maine always feel fleeting but amazing. We hope you’re squeezing every last ounce of enjoyment out of the season, while lifting a few ounces of Maine beery goodness to your lips to make it even more enjoyable. Cheers!

Holy moly, there are a LOT of new beer releases coming at you this week. From York Beach Beer Company to Orono Brewing Company (with plenty of stops in between), we’ve got the latest rundown of new releases, including a tribute to 80s pop icons Hall & Oates and a Milk Stout stuffed with cookies! 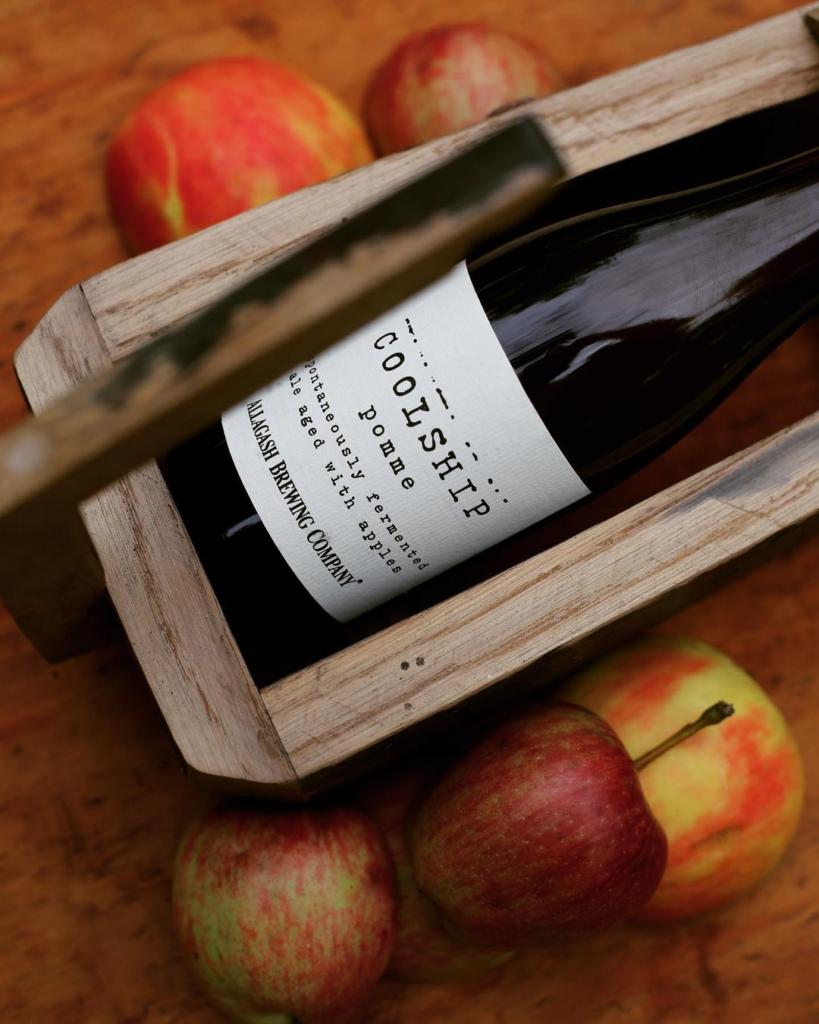 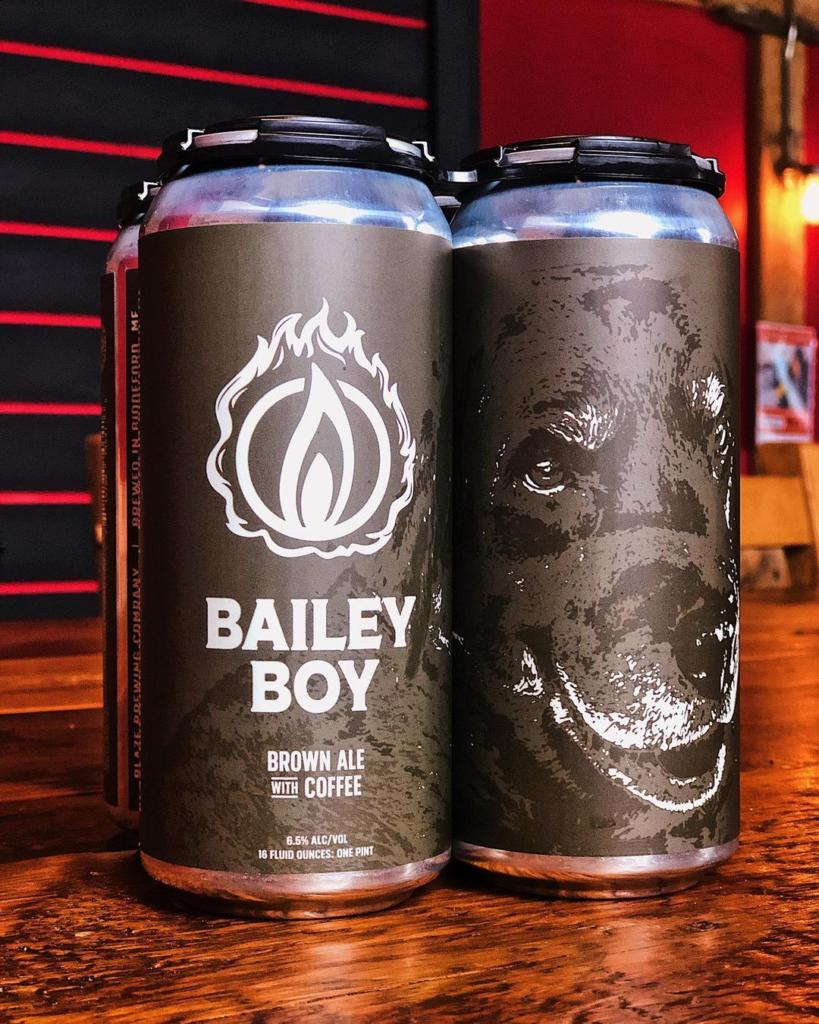 Bailey Boy is brewed with two-row, biscuit, pale chocolate, and caramel malts, with centennial hops. During conditioning, Bailey Boy was infused with a coffee blend from the Peruvian highlands and the Oaxaca region of Southern Mexico, sourced from and roasted by Acadia Coffee Company. This process resulted in a beer with rich chocolate and toffee flavors. 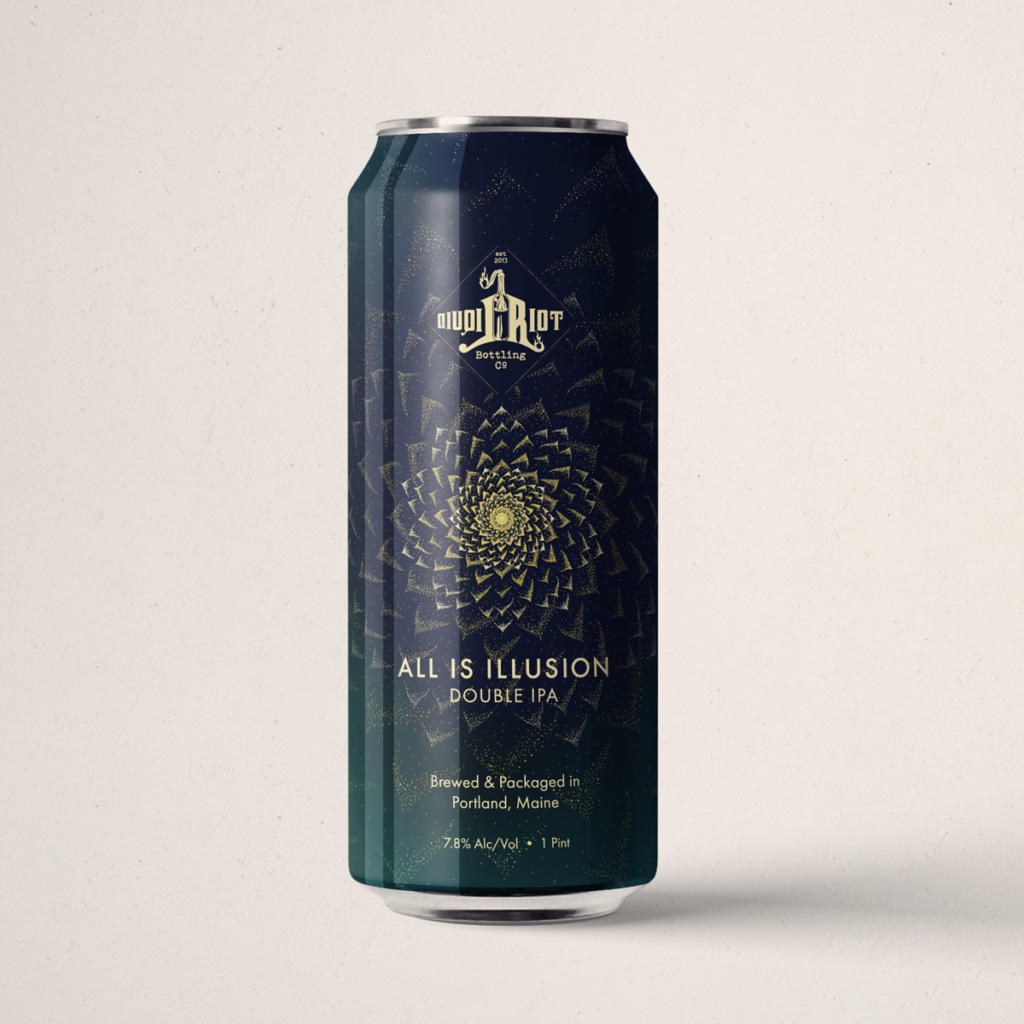 This new-age DIPA was brewed using exclusively Citra and Mosaic lupulin powder. All is Illusion is fruity and juicy. 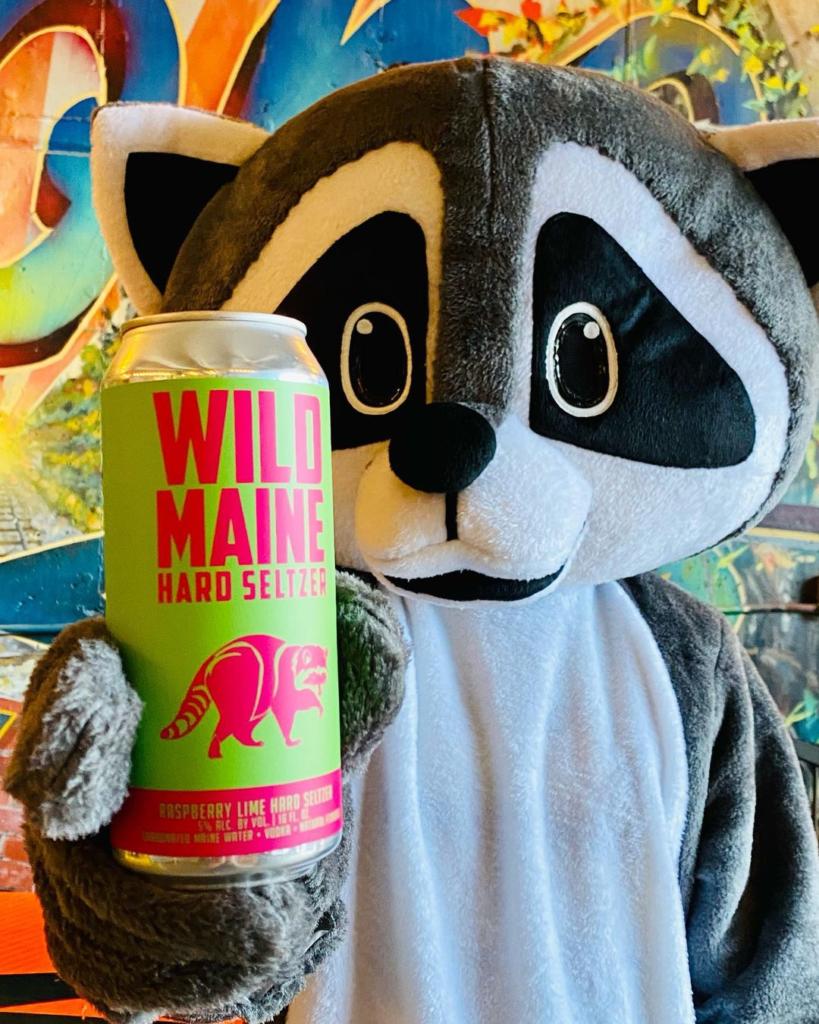 Orono Brewing Company will have cases of its newest Hard Seltzer flavor, Raspberry Lime, available today, and hitting the rest of the state starting this week.

Original Maine Ale is a classic Pale Ale brewed with all-Maine ingredients to celebrate our state’s Bicentennial. The bready, slightly sweet caramel malts are complemented by citrus, pear, and lemon.

Offset is an American Double IPA brewed with Golden Promise malt and hopped generously with Citra and El Dorado. Exploding with flavors of ripe fruit, watermelon, and citrus, this beer is a study in achieving maximum hop flavor with hardly any bitterness.

Outgrowth is brewed with a healthy portion of wheat and hopped assertively with New Zealand Motueka and Pacifica hops. 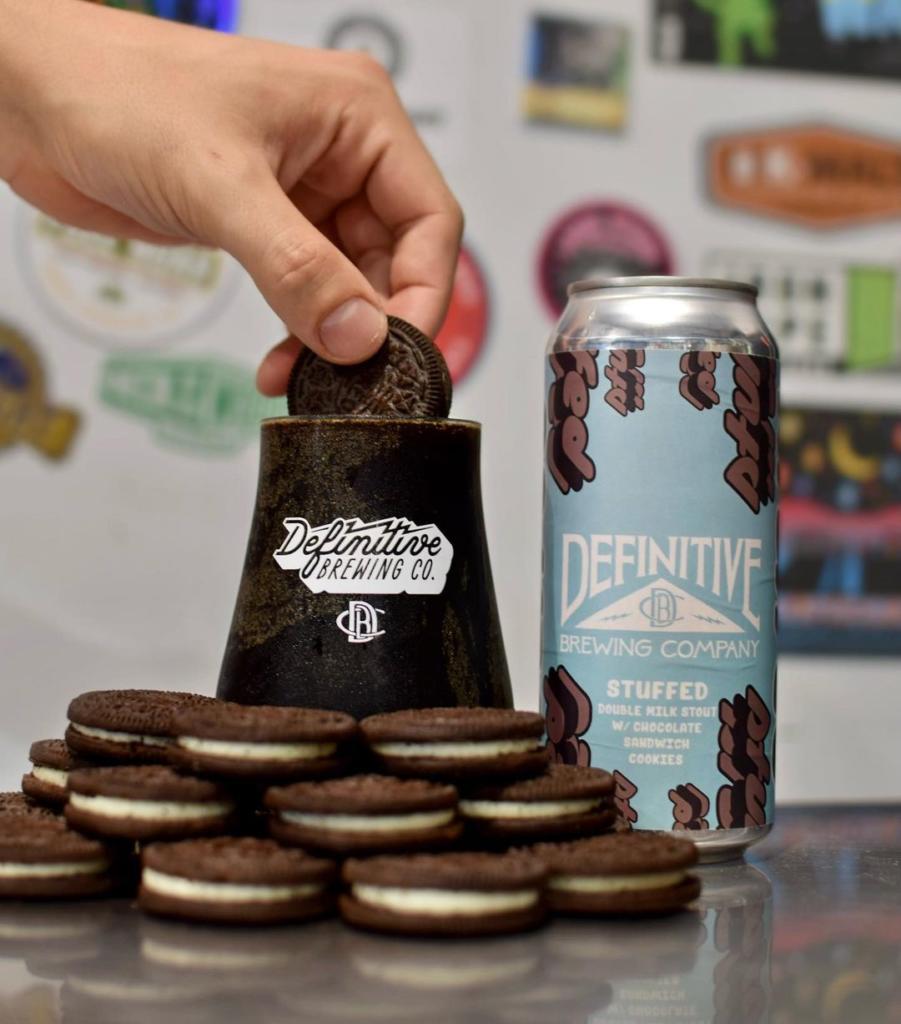 Brace yourself for the return of Stuffed, a rich Double Milk Stout brewed with chocolate sandwich cookies! It tastes and smells like double chocolate mousse, vanilla buttercream frosting, and the crunchy layer inside an ice cream cake.

Dry hopped with Citra and a blend of Simcoe and Loral cryo pellets, Float is plush on the tongue and tastes and smells like lemon-citrus raindrops, tropical hibiscus petals, and a day spent floating down the river.

Get your taste buds ready, because there are not one, not two, but THREE beers making their return at York Beach Beer Company today. First, there will be fresh cans of Dancing Madly Backwards, a Vic Secret and Cashmere-hopped New England IPA (6%). 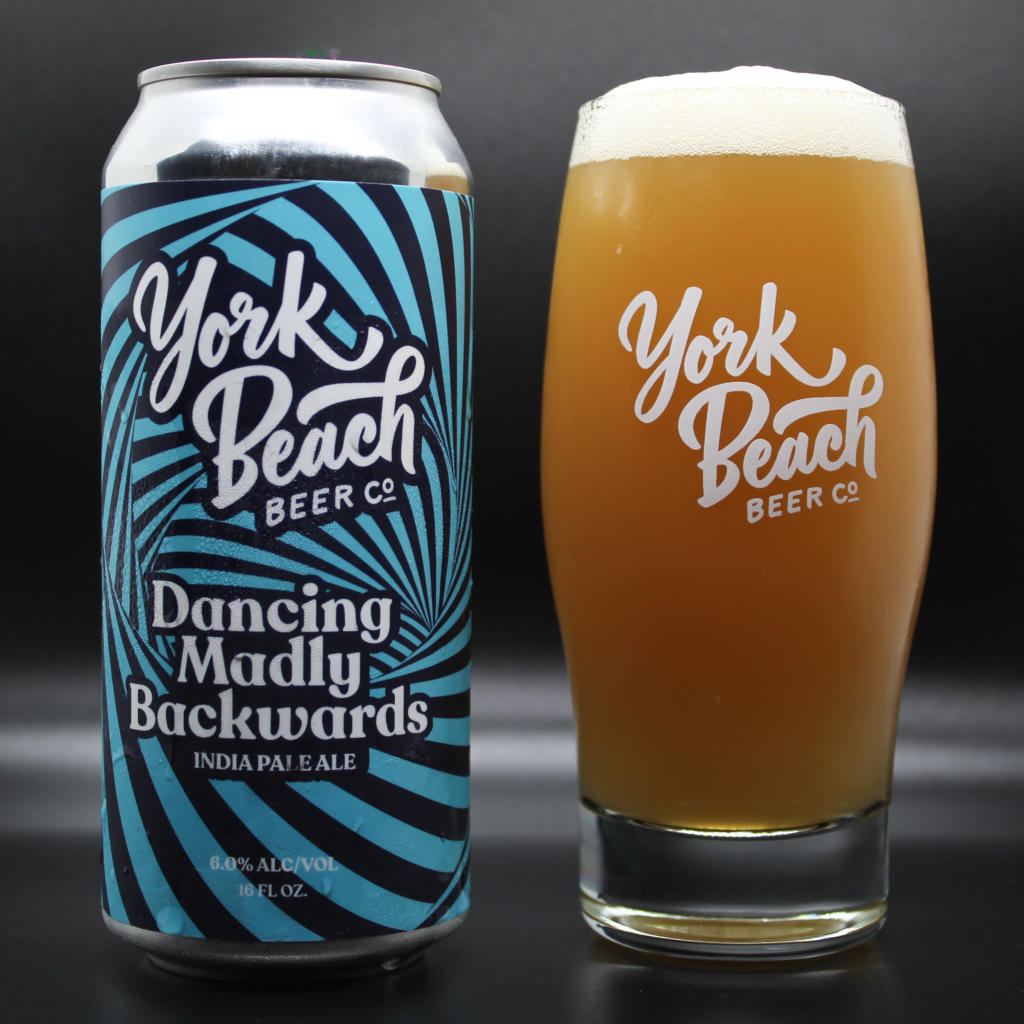 Returning on draft and in cans is Orange Mainesicle. This Cream Ale (5.5%) brewed with lactose, orange, and vanilla reminds us of chasing the ice cream truck. 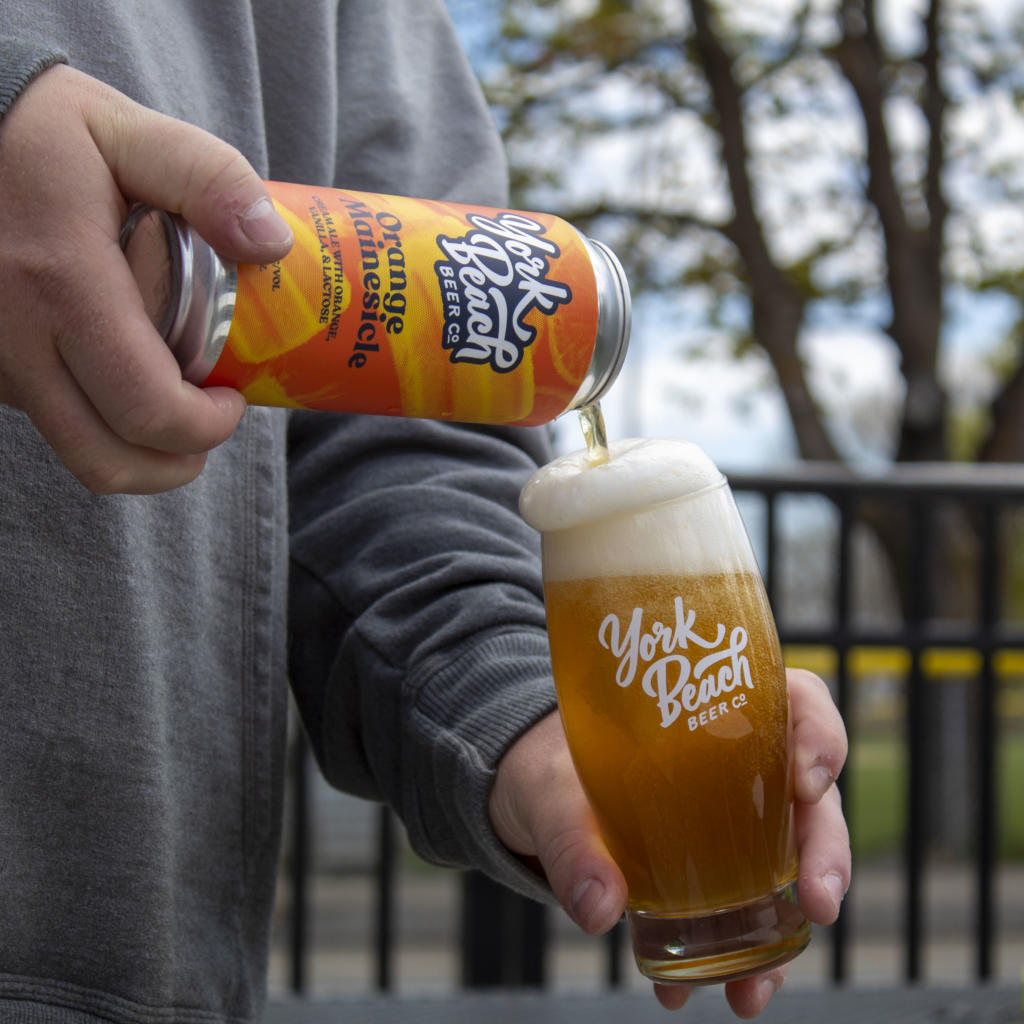 And finally, Dance the Night Away—the Double IPA (8%) version of York Beach Beer’s flagship Ale Dancing Madly Backwards—features the familiar twists and twirls of Vic Secret and Cashmere, plus Citra to boost the juice. Draft and cans will be available. 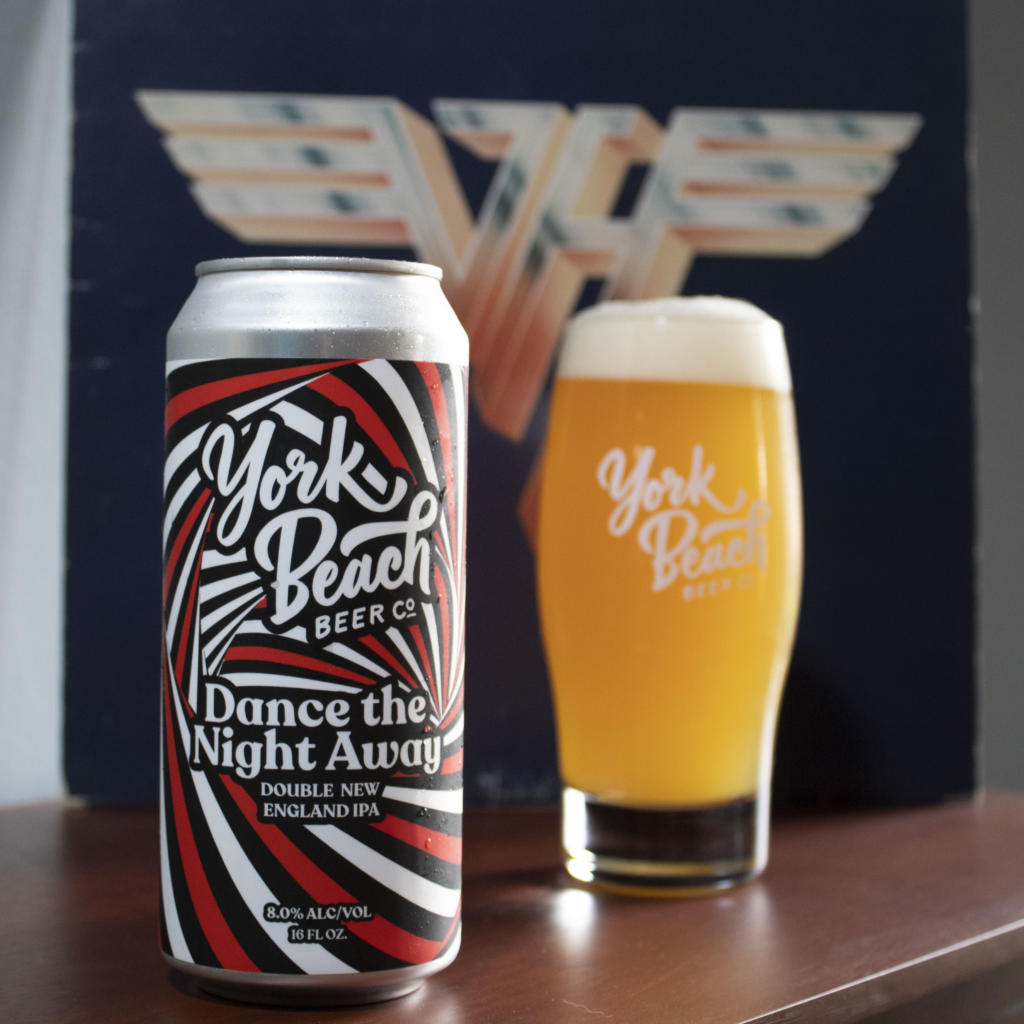 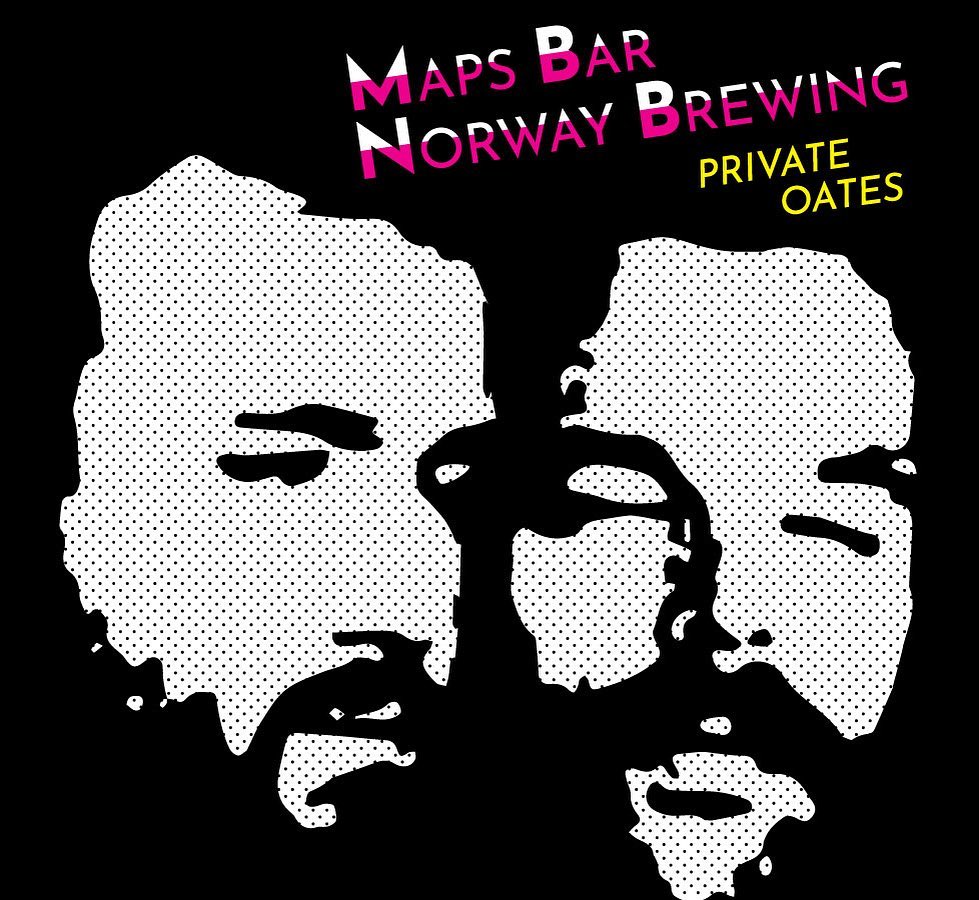 A few weeks ago, the folks at Norway Brewing Company teamed up with their friends at Maps to brew an oat Kölsch and dry-hopped it lightly with hallertau blanc. Named for the iconic H&O 80’s album Private Eyes, Private Oates is being released at Maps in full yacht-rock style. Norway Brewing Company head brewer Charlie will be hanging out with the Maps gang from 3-7 p.m. talking beer and sharing this collab with the good people of Portland. 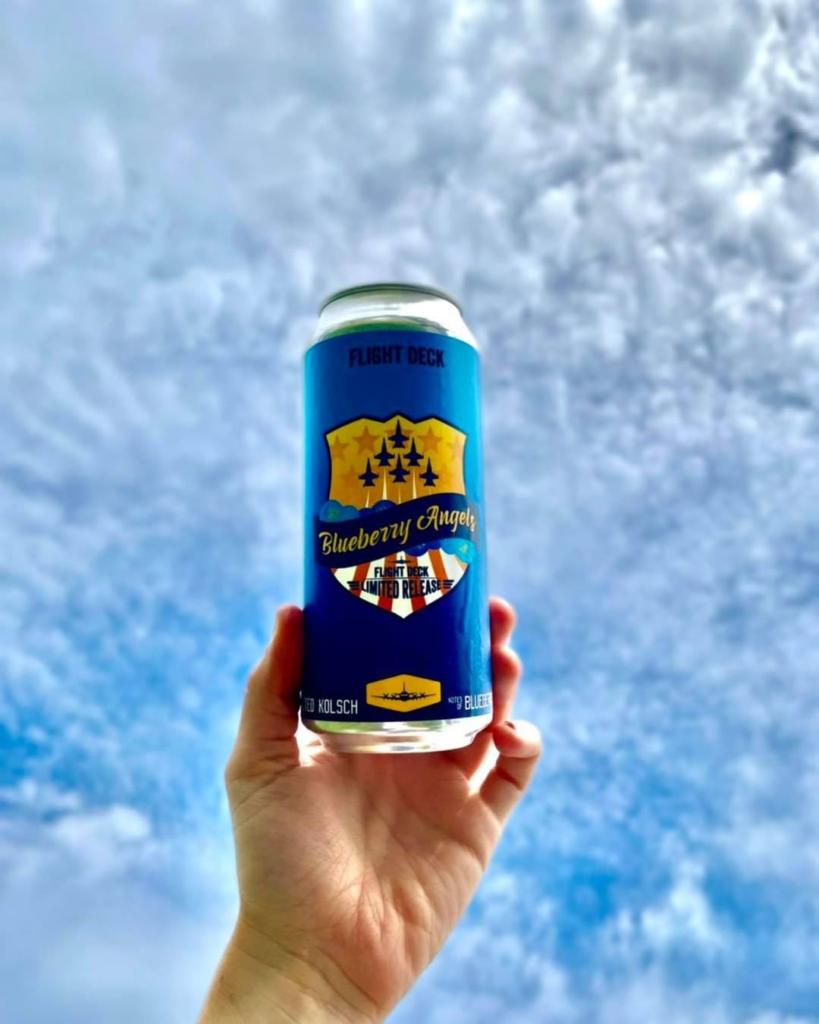 Blueberry Angels fruited Kölsch is making its return for the first time since 2017. The 2021 version features bigger flavors of blueberry in the small but mighty package. Brewed with fields of fresh blueberries, this fruited Kölsch is crafted to complement The Great State of Maine Airshow this Labor Day weekend.

Awoo, we could really use a Catchphrase around here as we ponder all the latest beers we need to hip you to. Guess we need to Bunk(toberfest) down and Dream(sicle) on it. 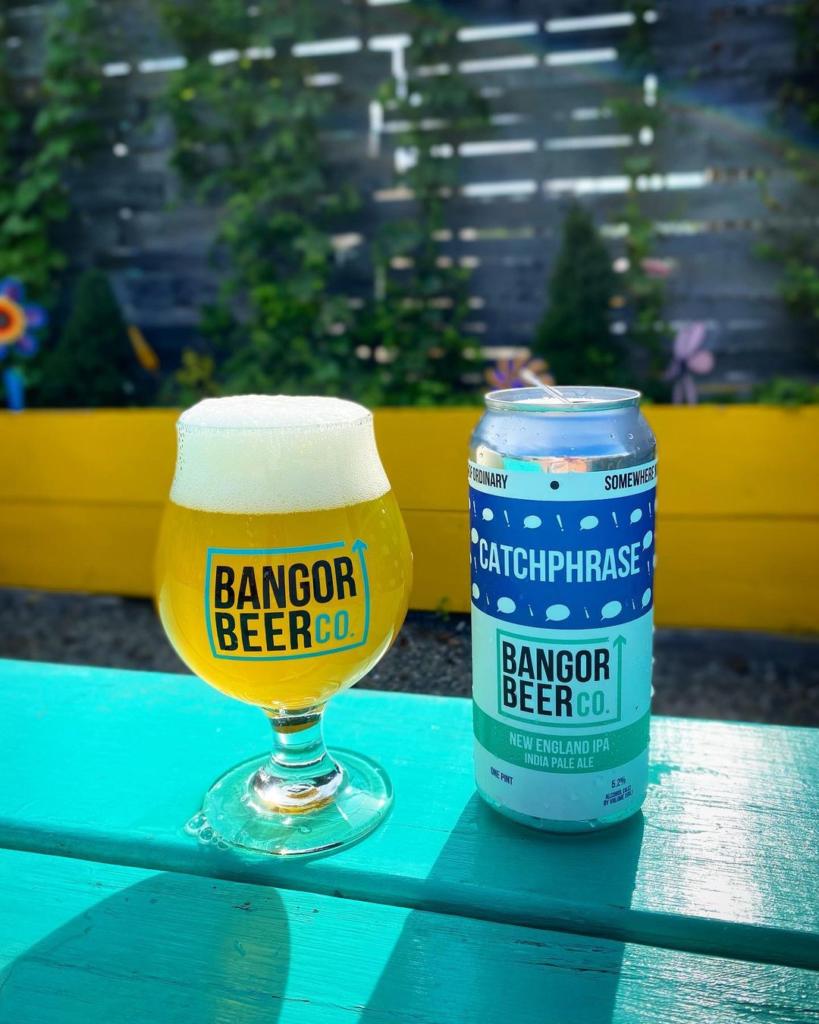 Catchphrase is hazy and sessionable with a gargantuan punch of juicy hop flavor and aroma. A base of pilsner and two-row barley allow generous Citra and Mosaic hops to take center stage. Additions of oats and wheat add a creamy mouthfeel and body. 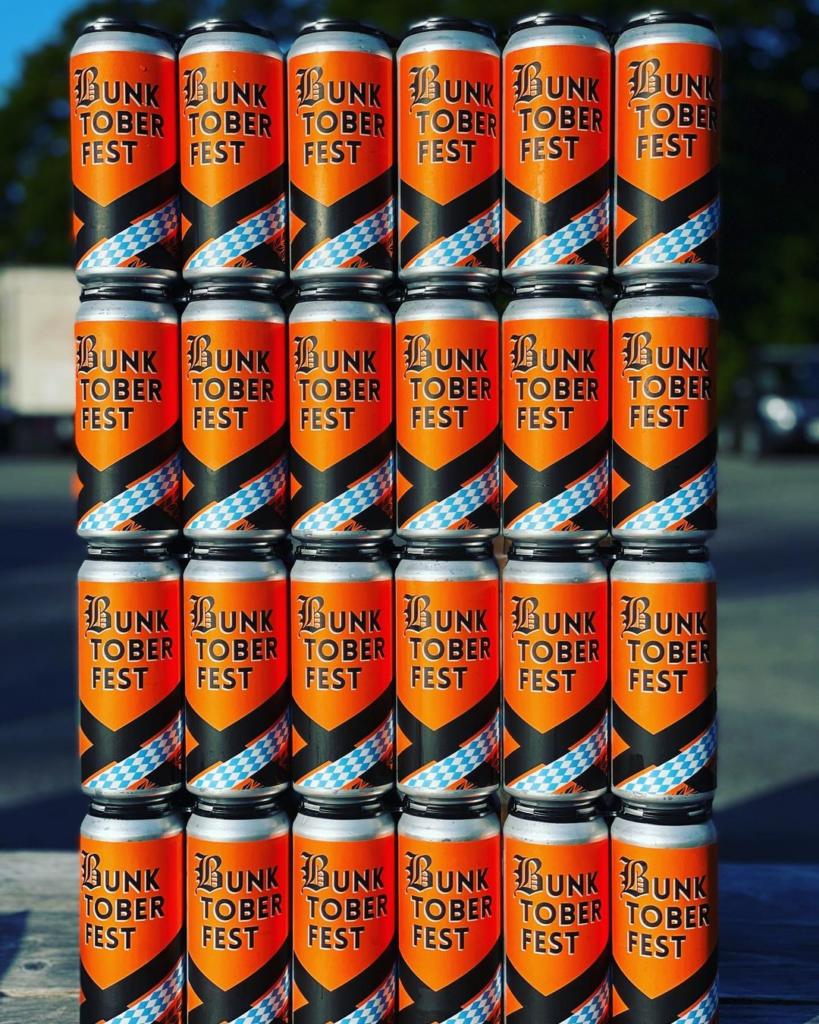 Warm days and crispy nights can only mean one thing—the return of Bunktoberfest! This seasonal Märzen Lager was brewed with German Pilsner and Munich malts, then fermented low and slow with Bunker’s house lager yeast. Malty, bready, and crunchy.

Strawberry Dreamsicle IPA is brewed with hundreds of marshmallows, strawberries, gallons of fluff, and ethically-sourced Papua New Guinea vanilla beans. And don’t worry about a sugar crash. It’s balanced oh-so delicately so that you won’t feel as if you’ve just consumed five pounds of cotton candy when you drink it. 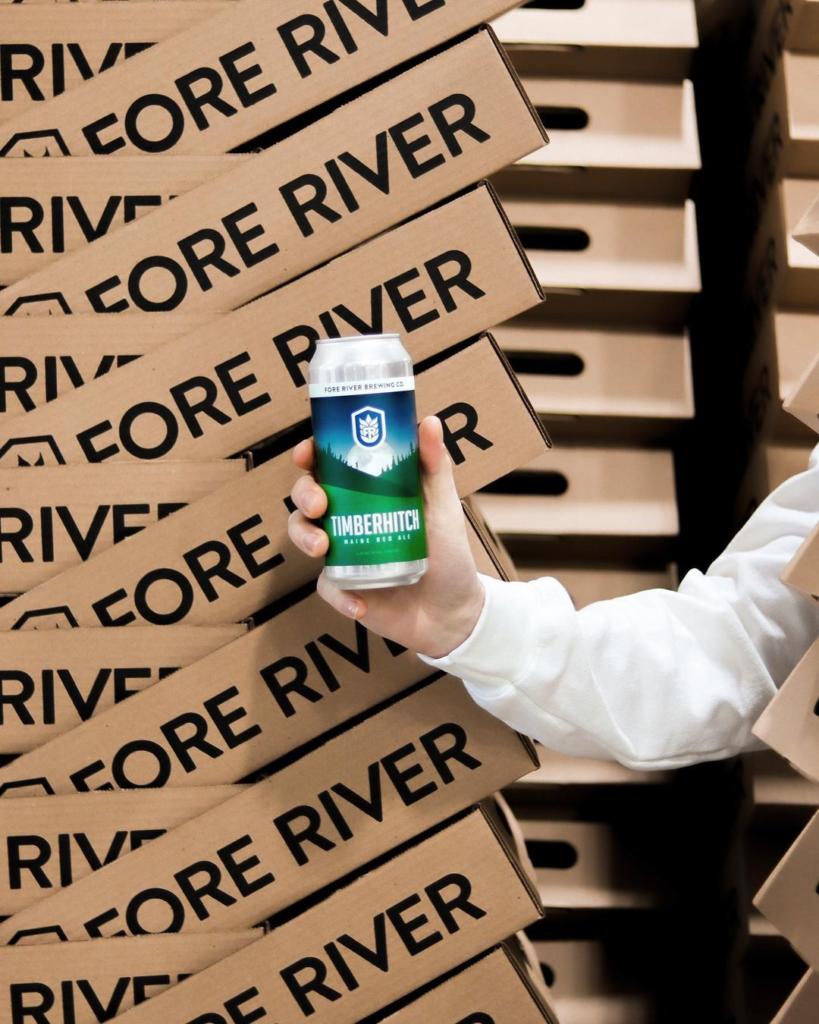 Lightly sweet flavors of caramel round out this malty, grainy, ruby red beer. Pair with a bonfire and a burger right off the grill and settle in for a delicious summer night. 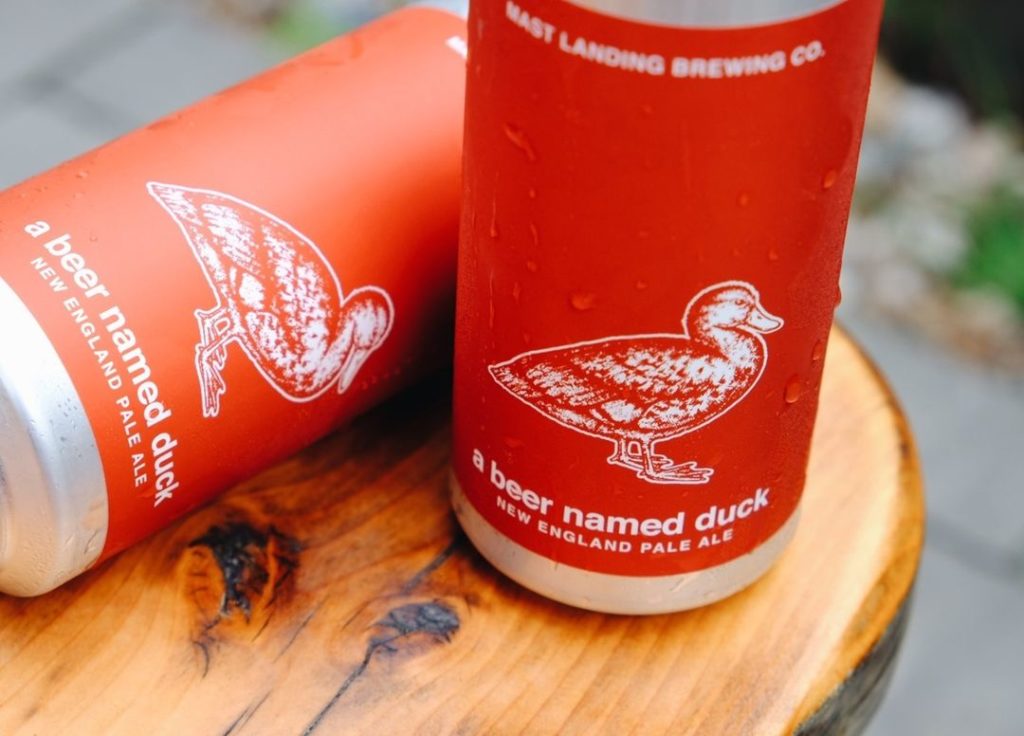 This easy-drinking New England Pale Ale proves that exceptional qualities can come in unassuming forms. Simcoe, Centennial, and Cascade hops flock together to bring crisp notes of citrus and floral brightness to A Beer Named Duck. 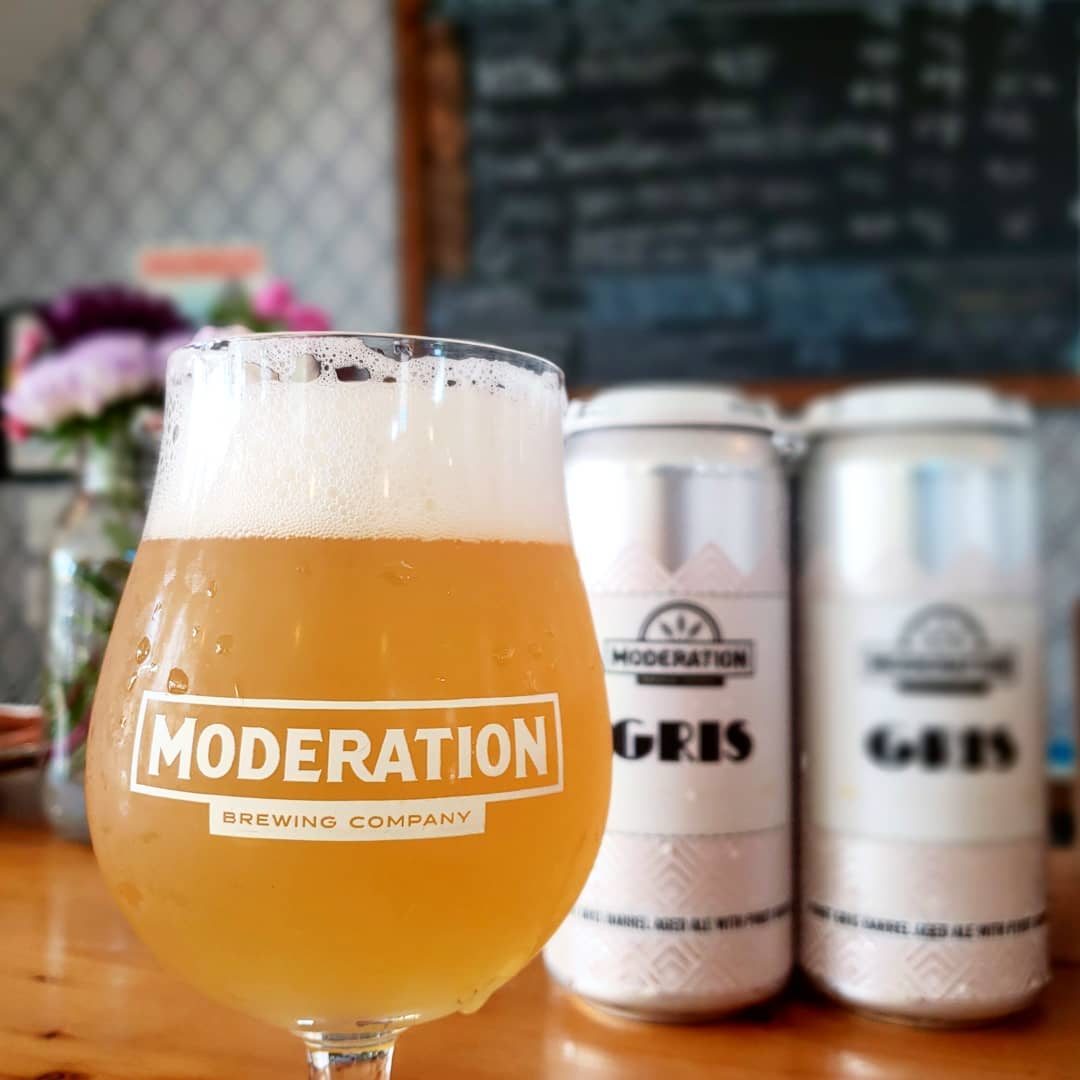 Gris is Moderation Brewing’s latest experiment with wine barrel aging. This strong pale is rested on Pinot Gris grapes before being aged in French oak Pinot Gris barrels. At nearly 8%, there are loads of notes of white grape, smooth oak, and (as always) it’s dry and drinkable. 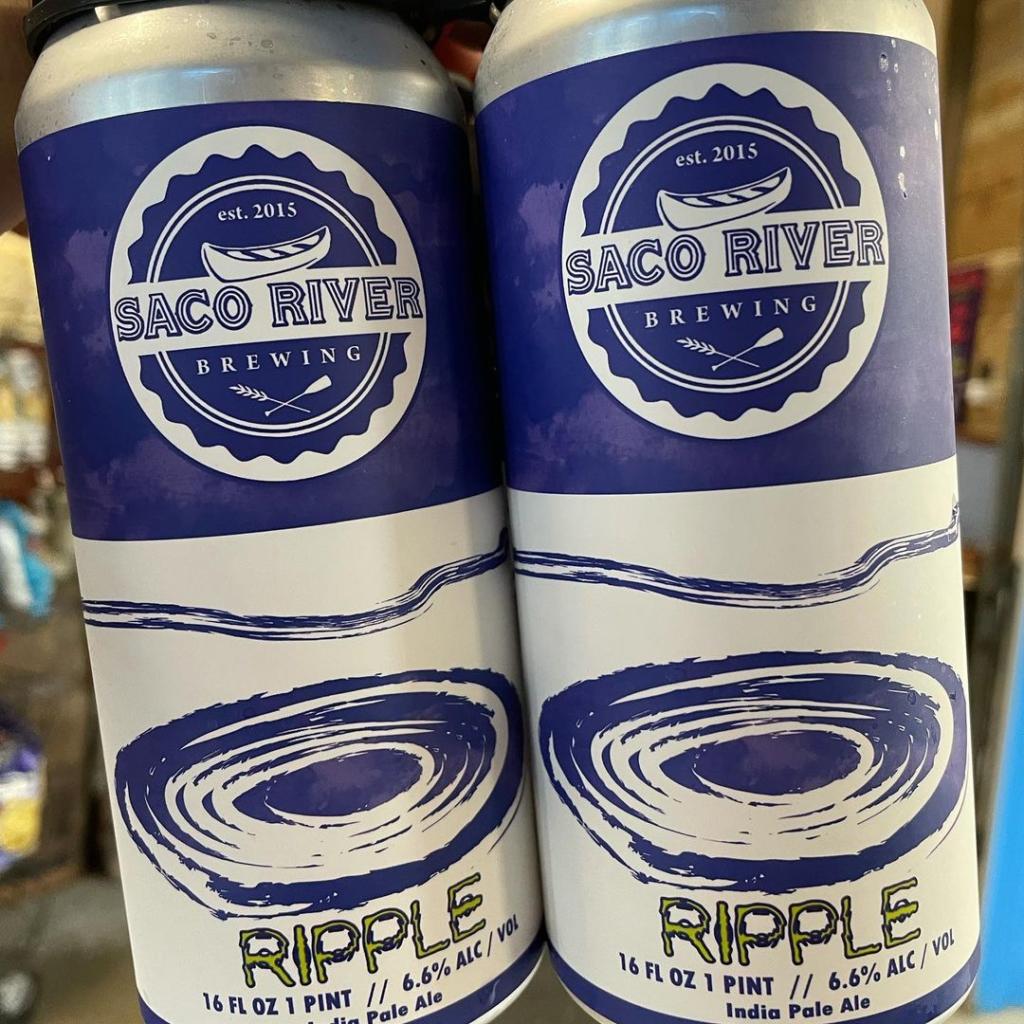 Ripple is dry hopped with Mosaic and Vic Secret, giving it light tropical fruit and orange flavors with a crisp finish.

Did you know Maine has a lot of breweries? Like, a lot a lot. As the number grows, more breweries are looking for ways to set themselves apart (other than just, ya know, brewing stupendous beer).

Another round: Newest Maine breweries are trying to stand out from the crowd

New craft beer makers are seeking to differentiate themselves from the pack in creative ways, with a focus on niche styles and offering more than just beer.

A Skowhegan craft brewery is teaming up with a local auto dealership on a promotion they say is the first of its kind.