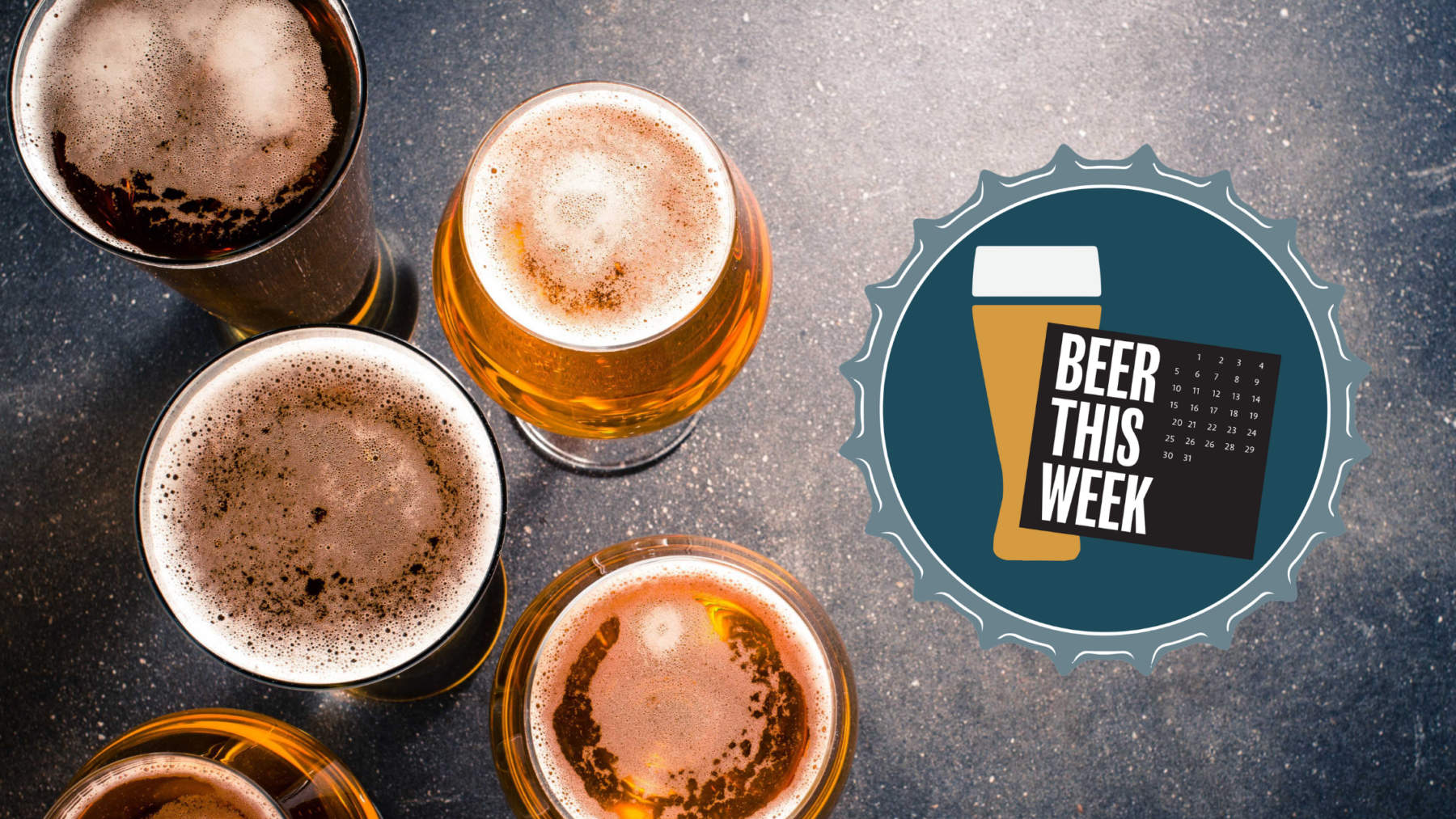 Hope you have your shovel handy because we’re getting clobbered AGAIN today by another wicked snowstorm. Once you’ve dug yourself out, we’ve got another fantastic lineup of Maine brews for you to peruse. And we know we told you this last week, but again, if you’re a procrastinator like us, there’s still time to pick up plenty of swag from your favorite breweries that will be practically perfect for everyone on your Christmas list!

One of our favorite Imperial Stouts is back this week and we couldn’t be more excited. Not only that, there are a couple of beers perfect for anyone who’s sick of the snow and yearning for a return to warmer weather flavors, one brewed with juicy mangos, and the other a margarita…in beer form! 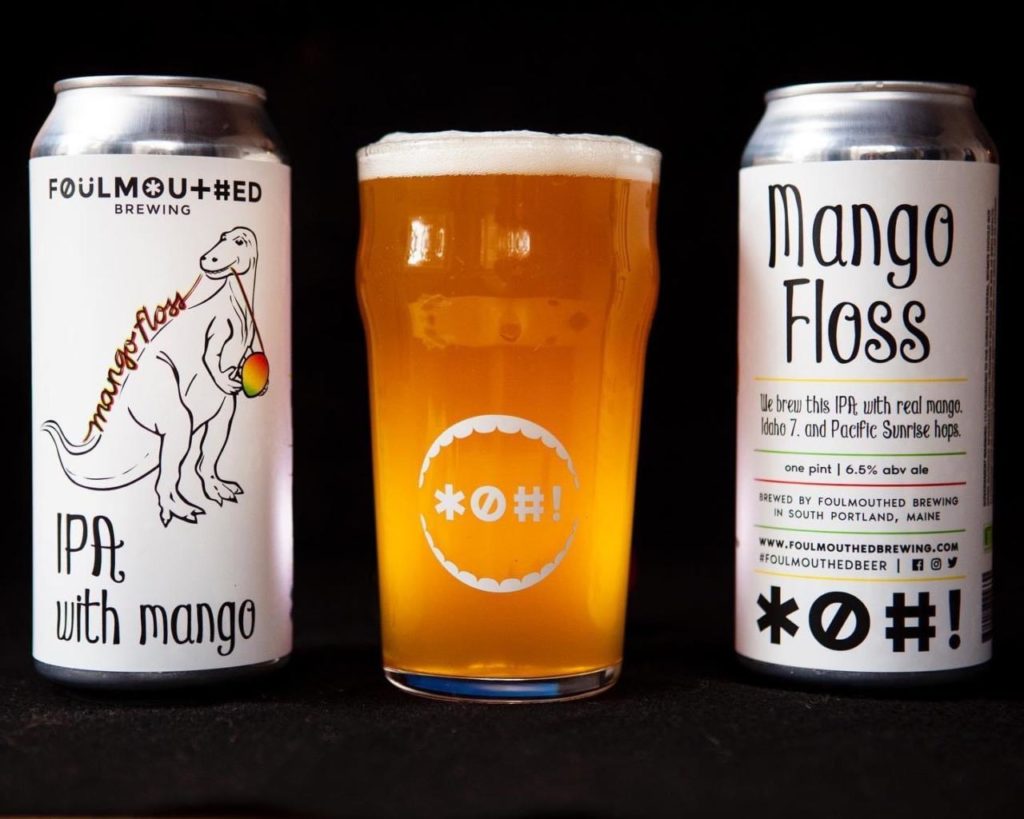 Mango Floss IPA is dry-hopped with a blend of hops that each lend their own unique tropical flavors. Then Foulmouthed adds mangos for a juicy kick that fills your whole mouth. It has been a favorite in the pub for years, and now is being released in cans for the first time, with an increase of both the mango and the hops for packaging Also, keep an eye out for Sir Squirrel Brown Ale (5.8%), which is also coming soon.

This beer recipe represents a collaborative effort amongst brewers, hop vendors, and maltsters from Maine. All participating breweries followed the same recipe to brew this intriguing IPA, but based on the skill and knowledge of the brewers, each beer is still unique. 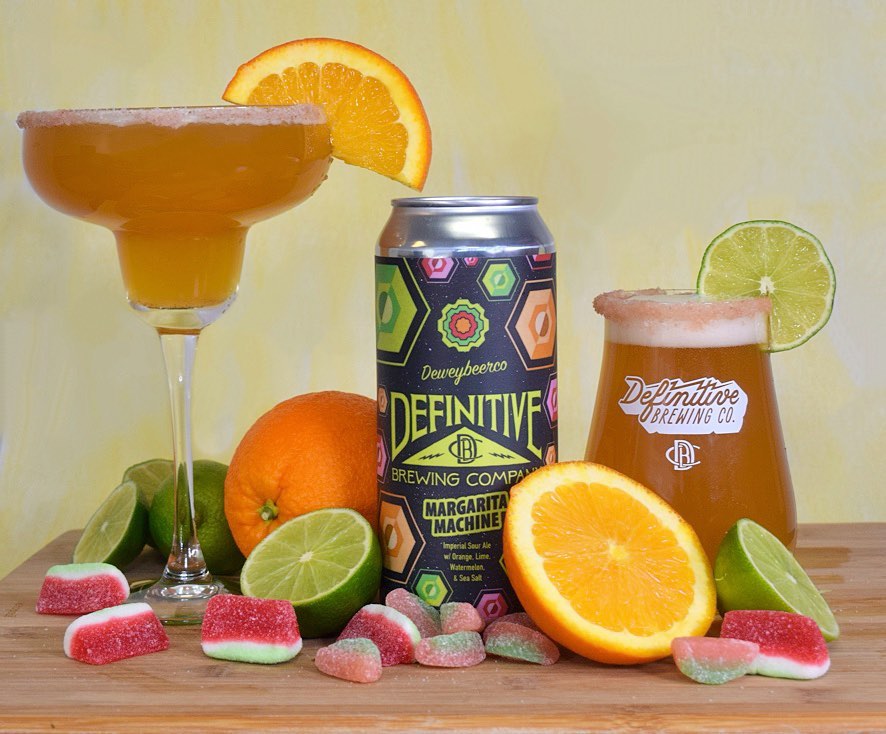 Margarita Machine is brewed with sea salt and then conditioned on orange, lime, and watermelon. It tastes like watermelon sour patch kids and your favorite salted-rim cocktail all in one. Don’t miss out on this tasty margarita brew, dropping Friday in Portland and Saturday in Kittery.

It’s not exactly how they envisioned it, but the folks at van der Brew are still excited to celebrate their 2nd anniversary with you all. They’ll be open Dec 18, 19, and 23 from 3:30-6 p.m. for growler fills and special 2nd-anniversary gift packages with beers steins, a vdB blanket, and some anniversary stickers all in a custom tote! Perfect for your last-minute holiday shopping needs. 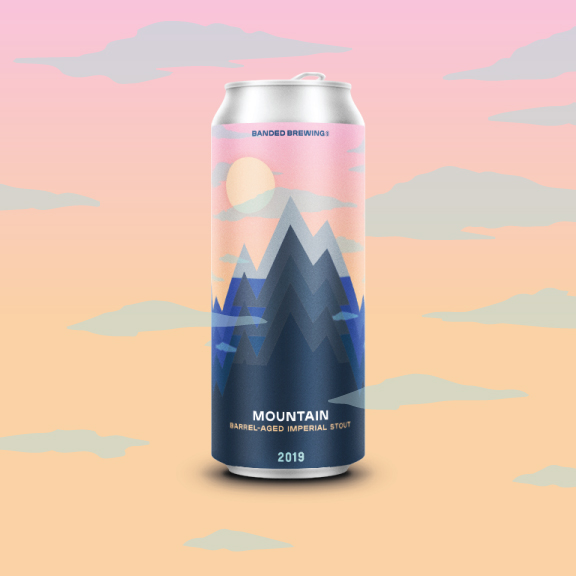 The aptly named The Mountain is dark and foreboding without overpowering the palate. Notes of burnt caramel, oak, and charcoal mingle with a deep, intense maltiness. One sip begs another chance to explore the complexities of The Mountain. As a reminder of things to come, a rogue’s share of The Mountain is aged for 12 months in whiskey barrels. Each year on their anniversary, Banded Brewing shares their Barrel-Aged Mountain with us, and we couldn’t be more grateful.

We’re sensing a winter denial trend looking at some of these new releases. We’ve got a coconut cream Porter, a four-pack of tart Fruit Ales, and a Mango Habanero Limeade. But don’t fret, there’s still plenty of winter beers to choose from, including a Winter Saison, Baltic Porter, and an oh-so-seasonal dark chocolate peppermint Imperial Stout. No matter if you’re team Heat Miser or Team Snow Miser, you’re sure to find a beer destined to please your palate. 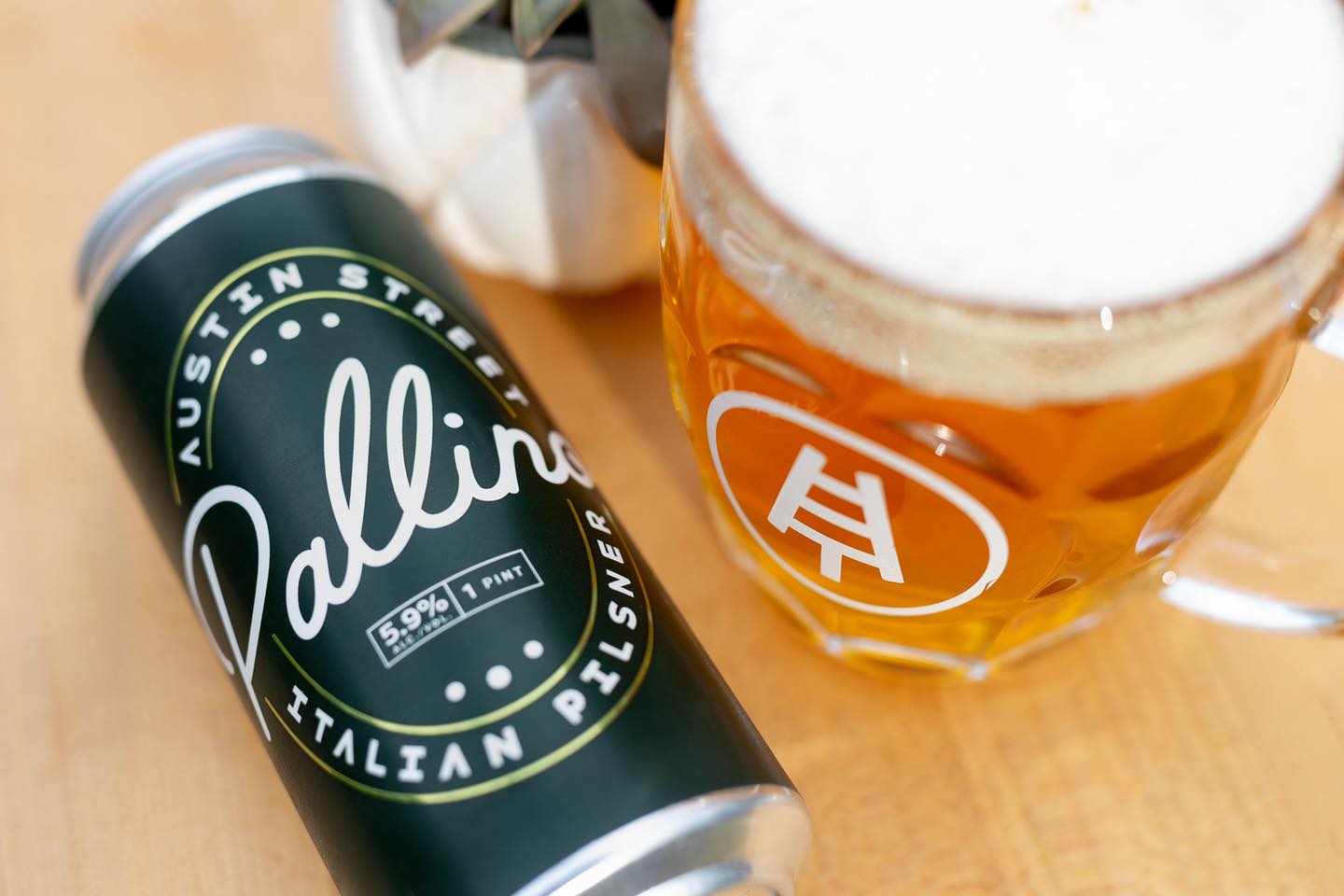 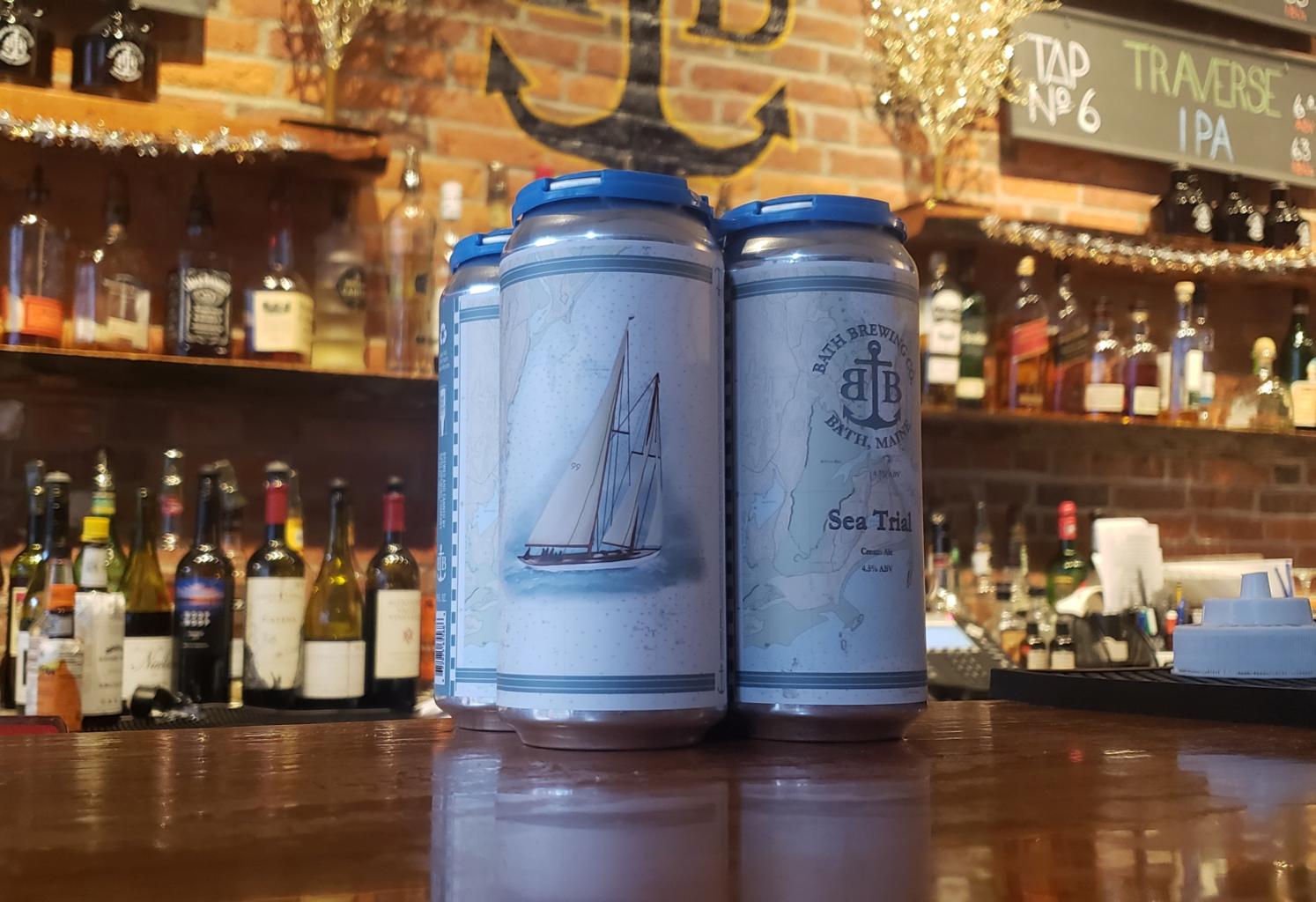 In cans for the first time this week, Sea Trial is an American Cream Ale brewed with malt from Blue Ox Malthouse in Lisbon. A light, crisp, and refreshing ale that is a perfect snowblower beer! 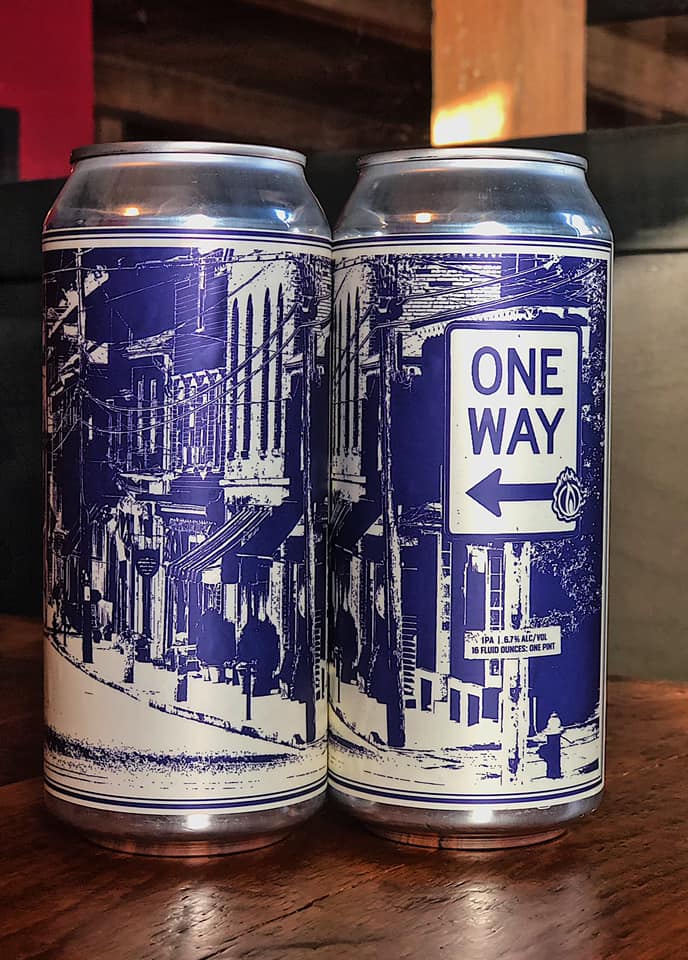 One Way #7 is Blaze Brewing’s newest edition of their constantly evolving IPA series. This batch was dry-hopped with Citra, El Dorado, Mosaic, and Amarillo. They really dialed up the hop dose and the resulting beer is a total juice bomb. One Way #7 smells and tastes like orange nectar, pineapple, and dank cantaloupe. 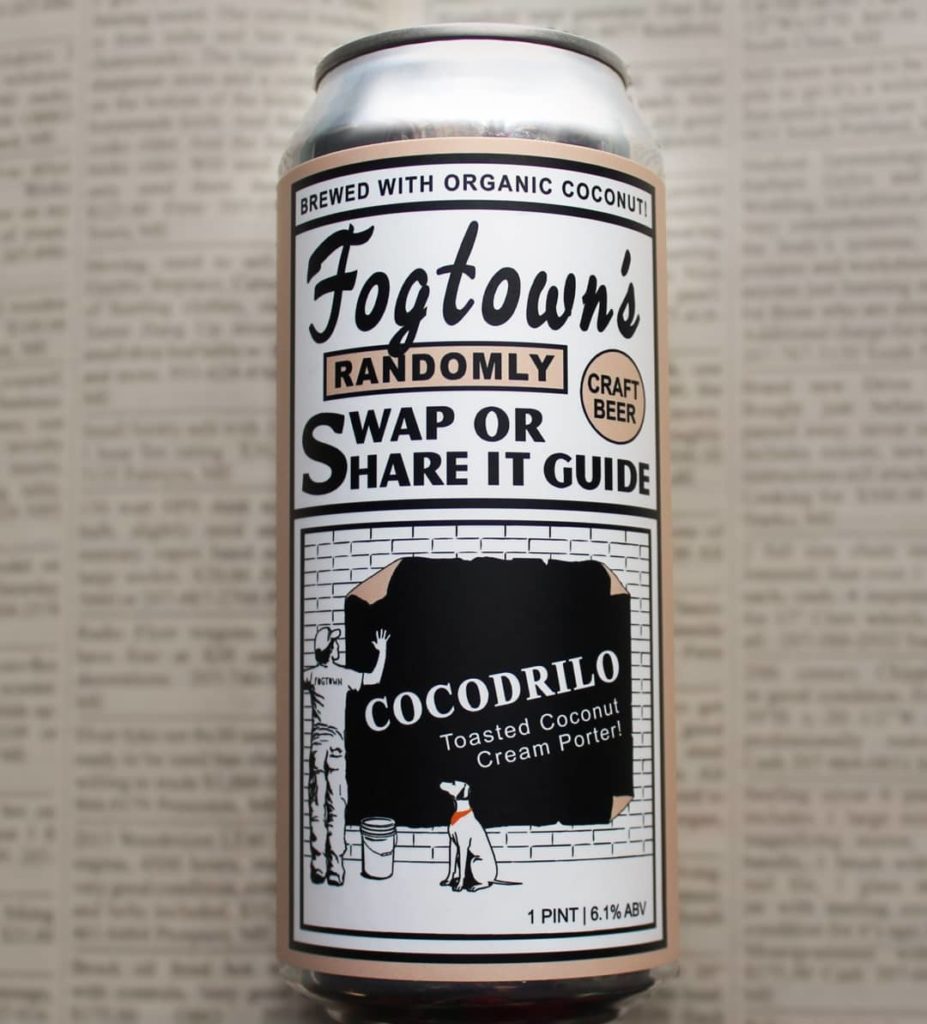 This toasted coconut cream Porter is made with Maine-grown barley, Patagonia-grown chocolate malt, and organic coconut toasted in house! 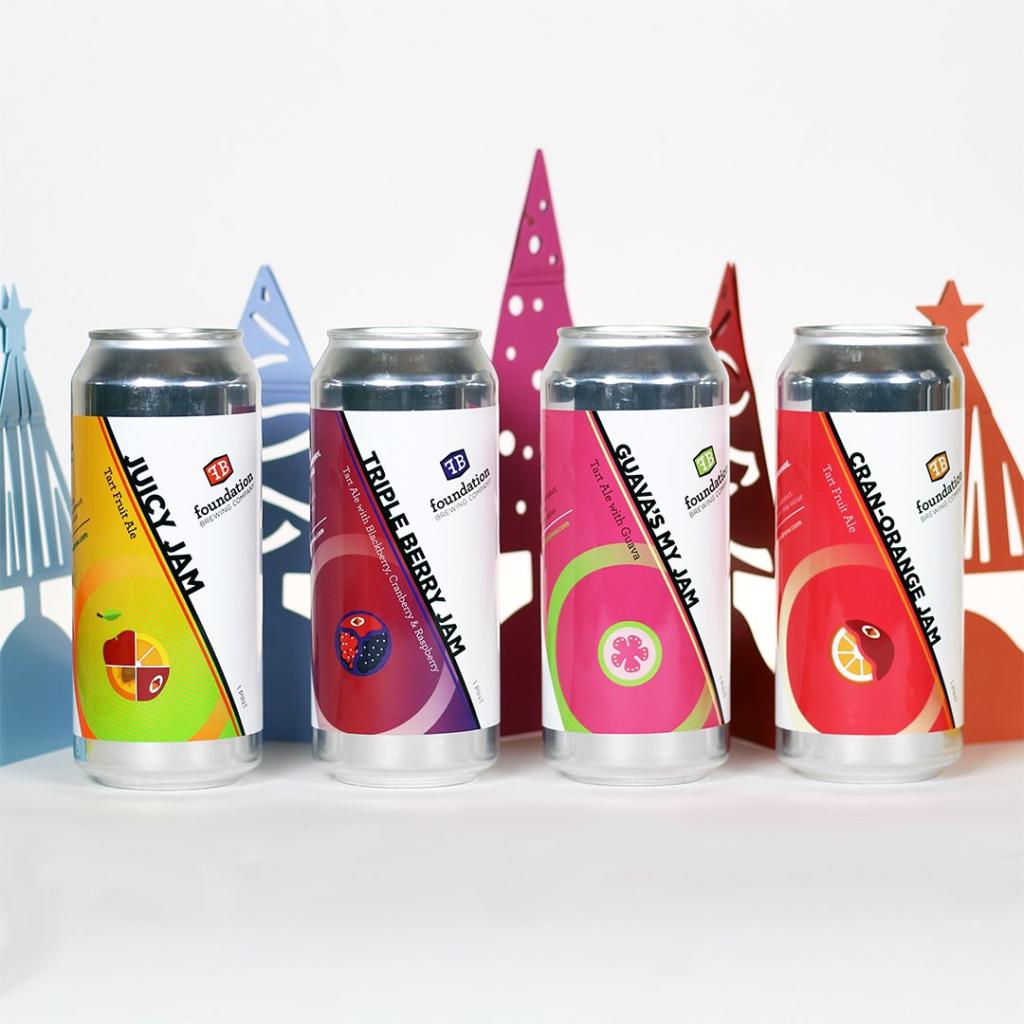 This four-pack includes some of the Foundation team’s favorites from their Tart Fruit Ale lineup — Juicy Jam, Triple Berry Jam, Guava’s My Jam, and Cran-Orange Jam. Perfect for gifting to your favorite beer fan (our yourself). 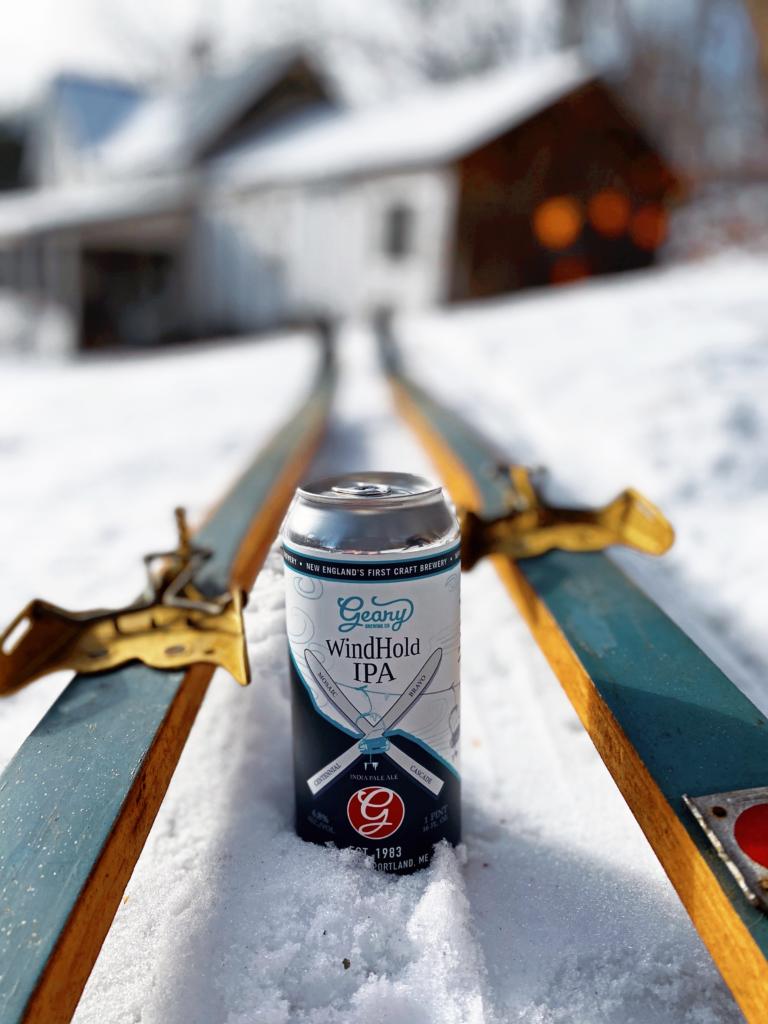 Windhold is the perfect aprés ski and winter activity beer. This American-style ale is from their contemporary line and blends traditional hop varieties from the Pacific Northwest with Mosaic. Simultaneously piney and tropical, the flavors perfectly complement an afternoon of Maine outdoor frosty adventures. Geary’s also recently celebrated their 34th anniversary of pouring their flagship beer, Pale Ale. Cheers to many more! 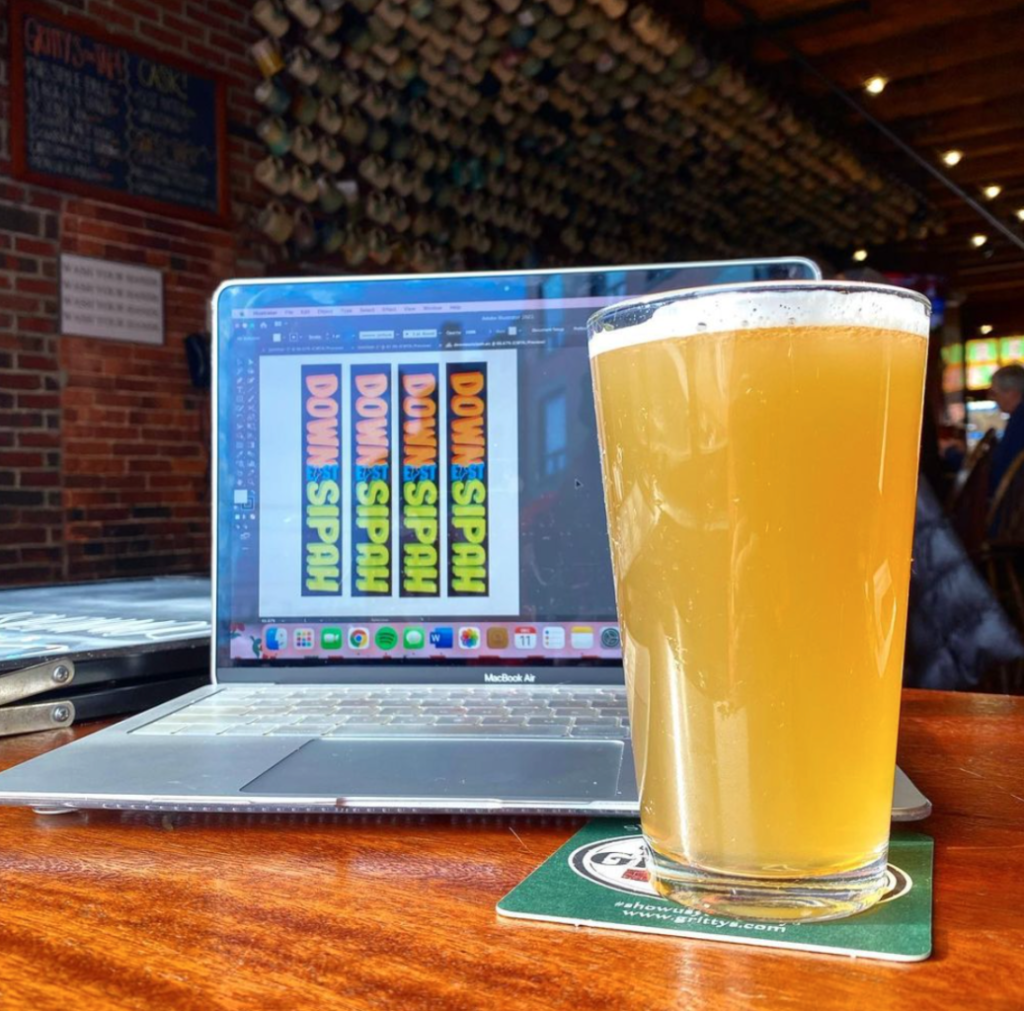 The Downeast Sipa(h if you’re fancy) is Gritty’s session IPA that features locally sourced and grown hops, barley, and oats. Feeling overwhelmed by all the high ABV beers this time of year? At 5% you can enjoy the holiday cheer without the holiday fear. Citrus flavors are key in this beer, and you can almost see it in its bright golden hue. 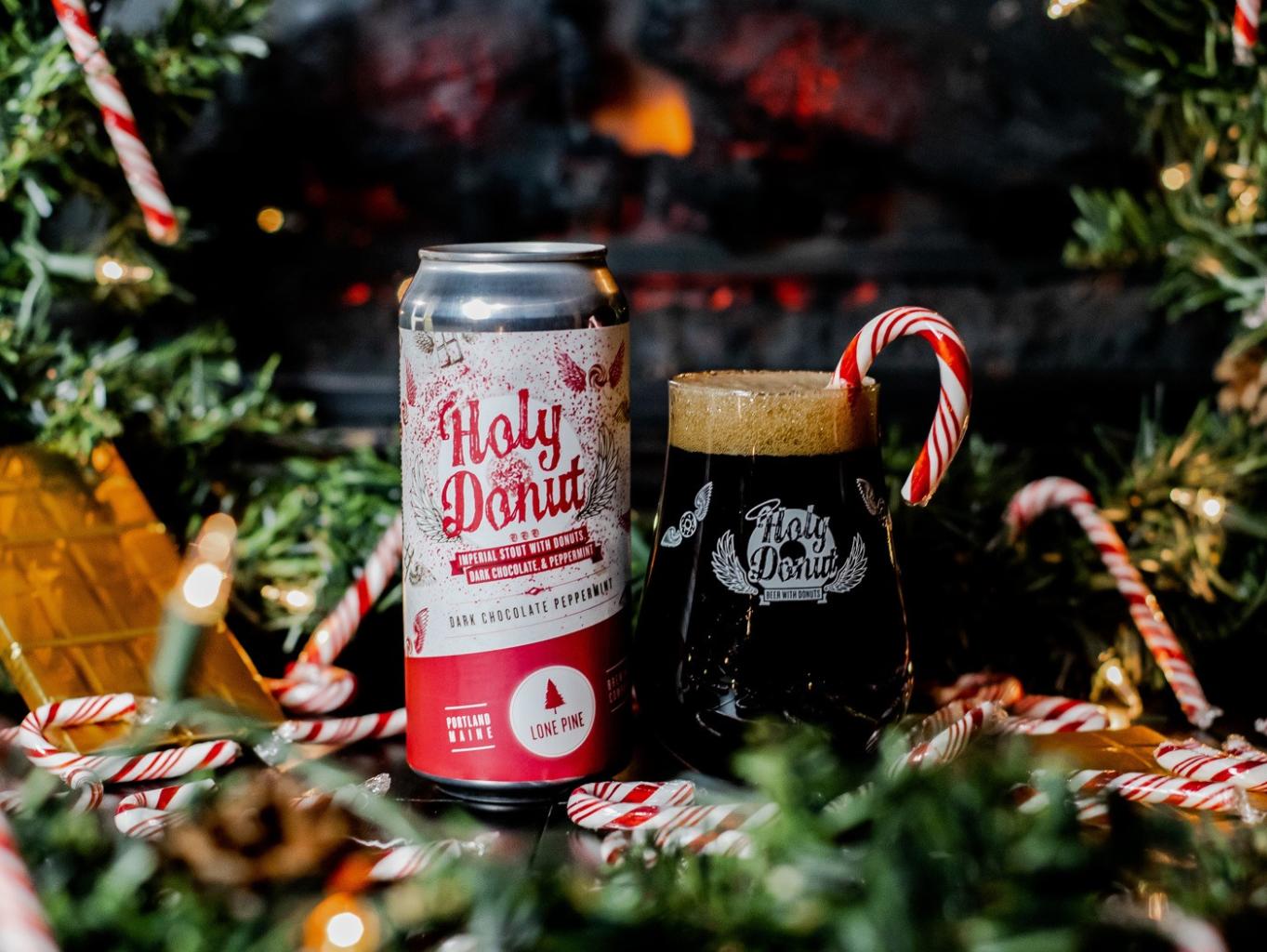 The newest variation of the HOLY DONUT squad is here just in time to put some pink in your cheeks and holiday spirit in your heart. Holy Donut – Dark Chocolate Peppermint was brewed with, you guessed it, dark chocolate, peppermint, and of course real donuts straight from the merry folks over at The Holy Donut. This Imperial Stout is reminiscent of dark chocolate peppermint bark with its sweet peppermint hot chocolate nose. It presents deep peppermint in flavor that fades into subtle cocoa and a dry menthol finish. 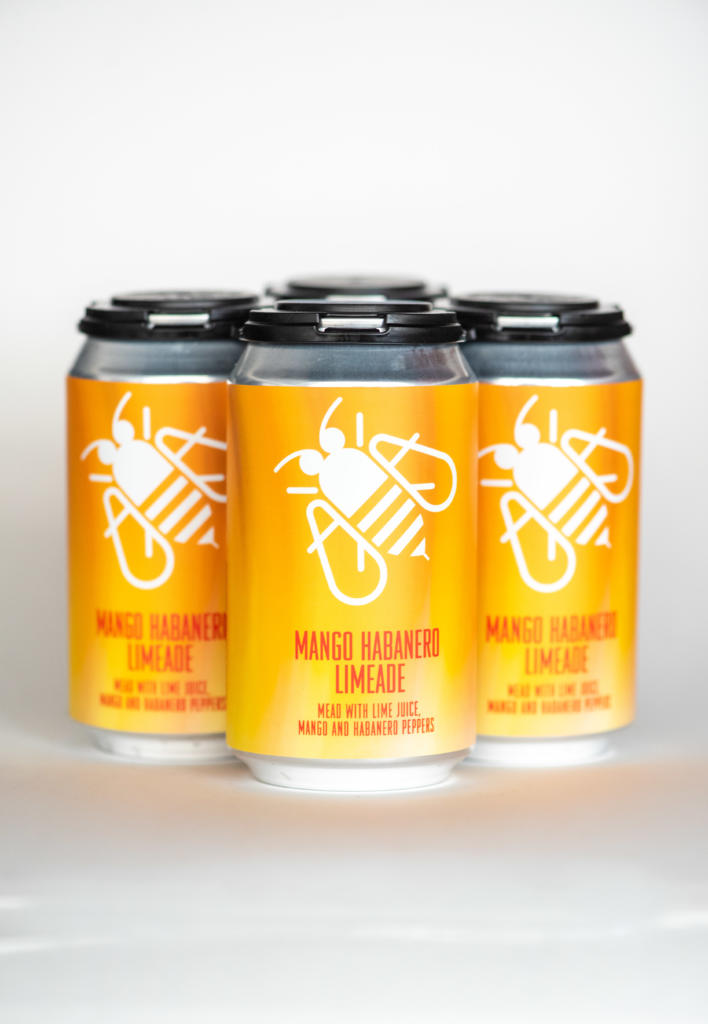 Mango Habanero Limeade is a refreshing twist on a fan favorite; a lightly carbonated mead with wildflower honey, lime juice, mango, and just the right amount of habanero pepper. 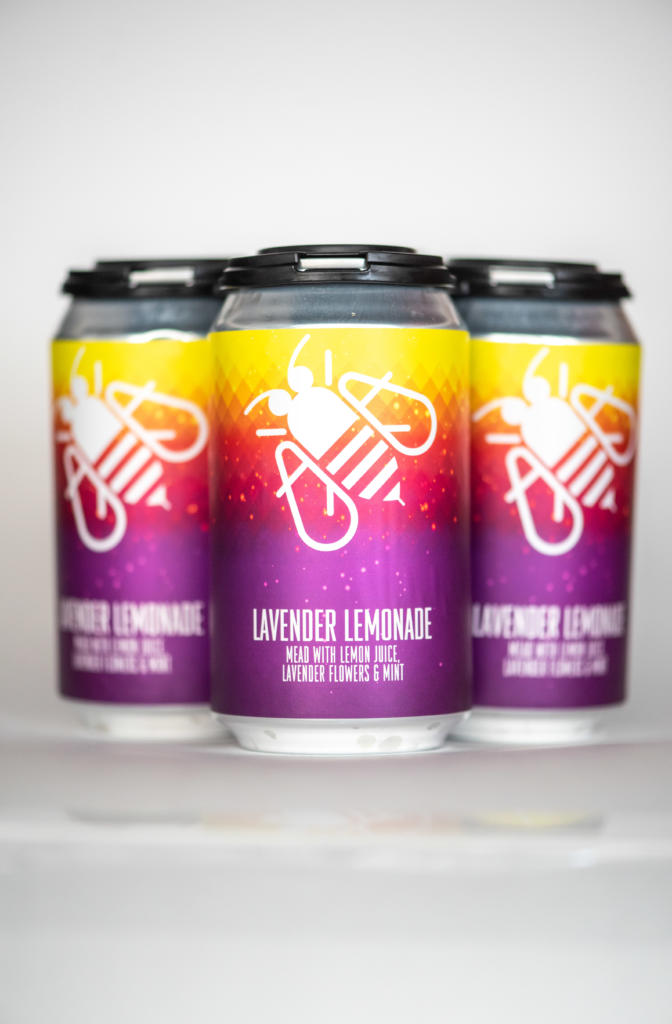 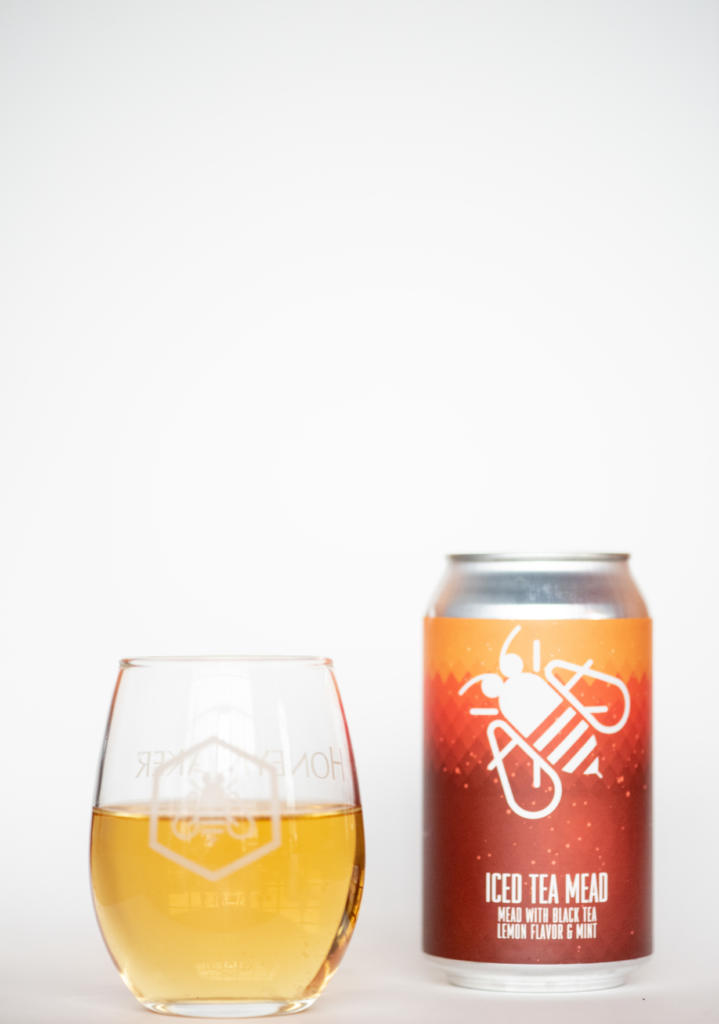 Based on a family recipe, HoneyMaker Iced Tea Mead is a dry mead made from wildflower honey and home-brewed black tea with lemon and spearmint, lightly carbonated to liven it up for the outdoors. 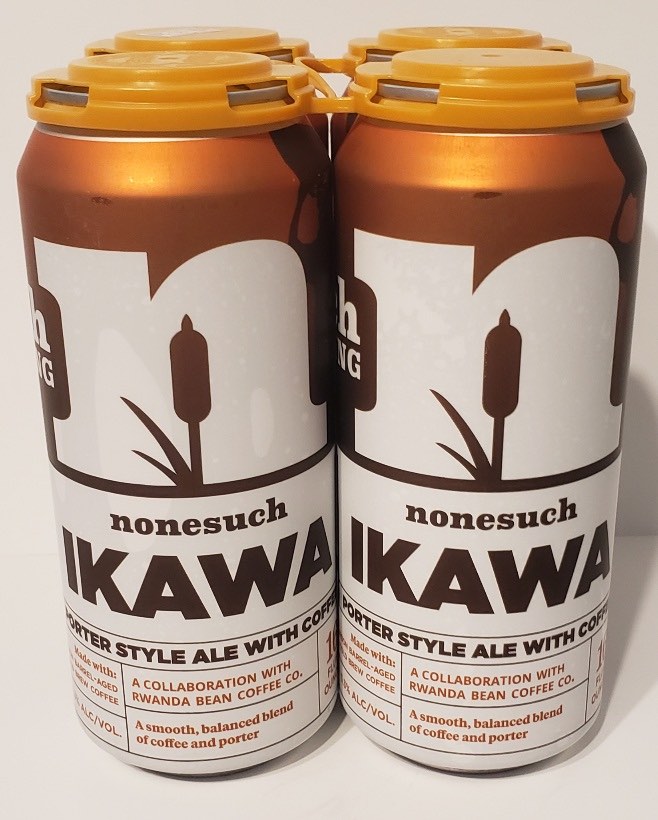 IKAWA is a collab with Rwanda Bean Coffee. This Coffee Porter is infused with bourbon barrel-aged cold brew coffee. It’s perfect for colder weather either by itself or mixed into a cocktail using 8 oz. of IKAWA, 3/4 oz. of Frangelico, 3/4 oz. vanilla vodka, and 1/2 oz. of maple syrup. Shake the syrup, Frangelico, and vanilla vodka over ice, then pour over the IKAWA. Trust us on this. It is AWESOME. 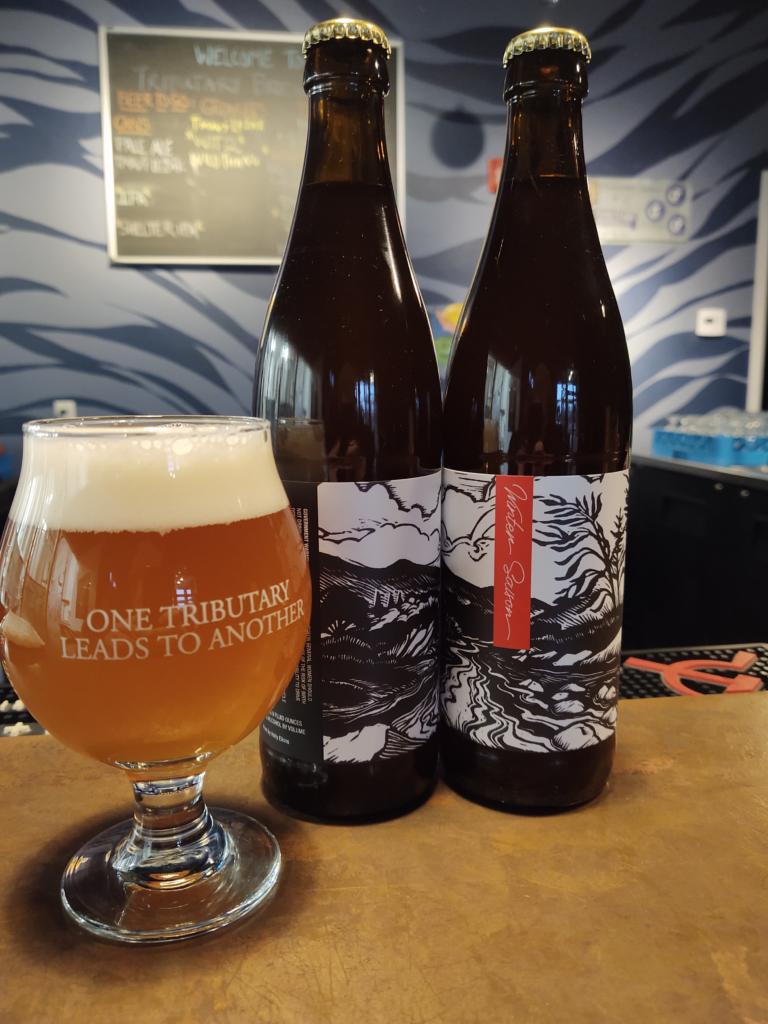 Winter Saison (8.5%) is a Farmhouse Style Golden Ale fermented on a blend of Belgian yeast strains that yields a pleasant phenolic character bringing forth a stonefruit, clove, and pepper content to balance the medium body and dry finish. This annual brew brings warmth as we approach the darkest days of winter.

Baltic Porter (6.4%) is fermented using lagering techniques and showcases the nuance and range that dark and crystal malts bring to the table. This year’s batch is profoundly chocolatey, velvety on the mouth, and cooked with the maillard components, bringing to mind a walnut brownie. 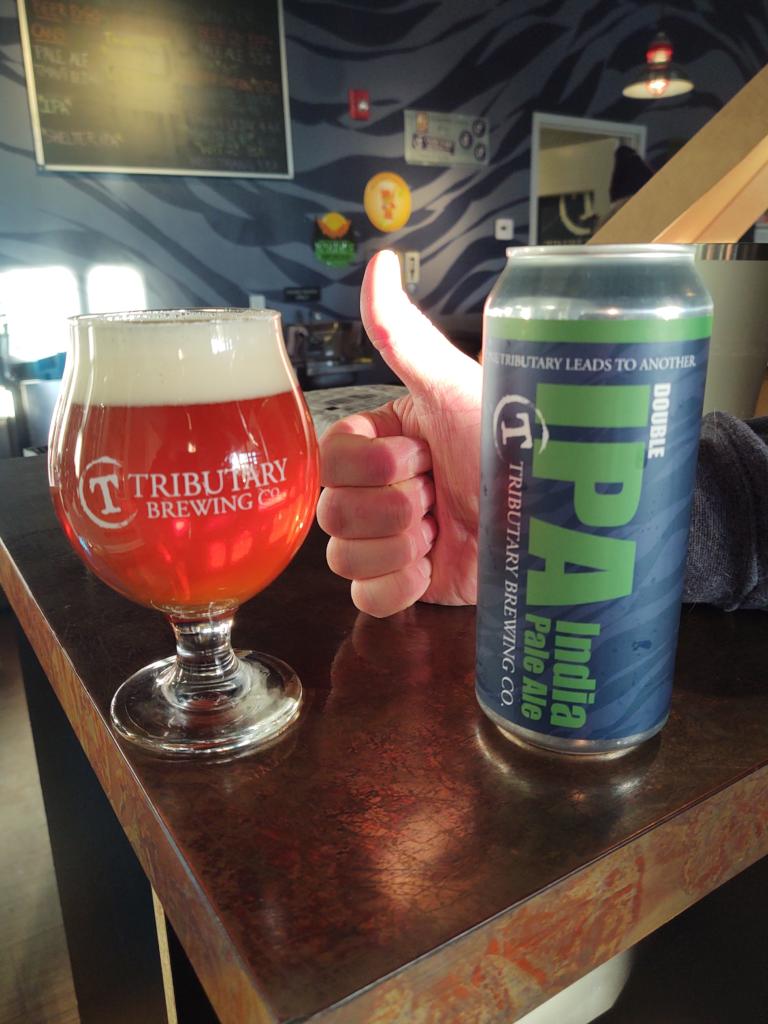 After falling head-over-heels for their ongoing reinterpretation of an East Coast DIPA this past summer, Tributary decided to repeat the recipe Tim Adams of Oxbow Brewing Company dubbed as a “faith restoring DIPA.” Double IPA (9.2%) utilizes a menagerie of base malts and German high-kilned malts and the hops of yesteryear including Centennial, Cascade, Chinook, and Citra. Remarkably easy to drink and balanced, this DIPA hits all the aromas and flavors typical for the style Americans ran away with.

Law of the Knife is a big, hoppy West Coast-style double IPA. Plus, drinking it is guaranteed to make you look like a badass.* (*Disclaimer: There is not any scientific proof that you will, in fact, glean any badass vibes from drinking this beer. But, at least you’ll be enjoying a refreshing hop bomb!)

Marsh Island Brewing created a beer to benefit Maine veterans and the rest is…well not the best news, but a look at some of the harsh realities facing the brewery and bar industry. Read all about it in this week’s Maine beer news you need to know.

The 2017 Craft Beverage Modernization and Tax Reform Act cut the cost of produced beer by the barrel in half. On Jan. 1, the extension for the bill ends.

Arcadia National Bar in downtown Portland is a place for Skee-Ball and NBA Jam, where friends can gather for a beer in the light of TVs connected to game consoles and flashing scoreboards. Owner Dave Aceto describes it as “the opposite of social distancing.”

The city’s only LGBTQ bar has been shuttered since the start of the pandemic in March. Now, after eight months with closed doors, dry beer taps, and a silent cash register, Blackstones is asking for the public’s help to stay in business.