It’s been another weird year, but we’re still looking forward to one of our favorite holiday activities…drinking beer! And, you know, gathering with friends and loved ones. At which point we may REALLY need that beer. We kid, we kid. (Mostly.) A lot of our favorite breweries are also taking some much-needed time off this holiday weekend to gather with loved ones, so be sure to check their social media for updates before you head over on Friday or Saturday, or you may experience Grinch-like vibes as you stand, mouth agape, facing a shuttered brewery. Also, a shout out to Cindy Williams on her retirement from WCSH after (checks notes) 32 YEARS! Wow! Cheers, Cindy!

Barreled Souls is giving us strong Presidents of the Unites States of America vibes with their release of Peaches Come From a Can, Fogtown is gifting us another round of Night Nurse, Definitive Brewing is offering up a Late Nite Lollipop, and for people not quite in the mood for all the holly jolly, Footbridge Brewery is saying Scrooge You! 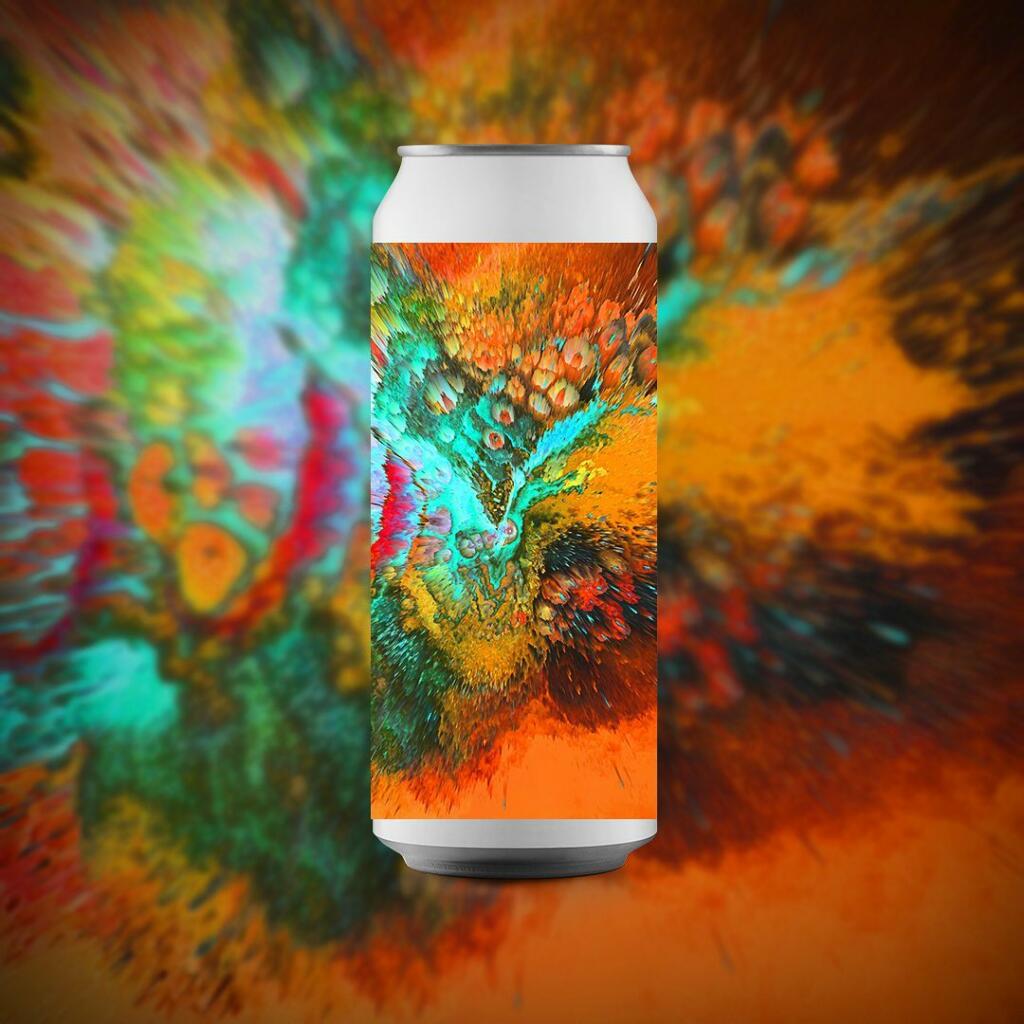 Just in time for the holidays, it’s the return of Peaches Come From a Can. This sour ale was brewed with peaches, vanilla, and graham crackers, and will be available in cans and on draft. 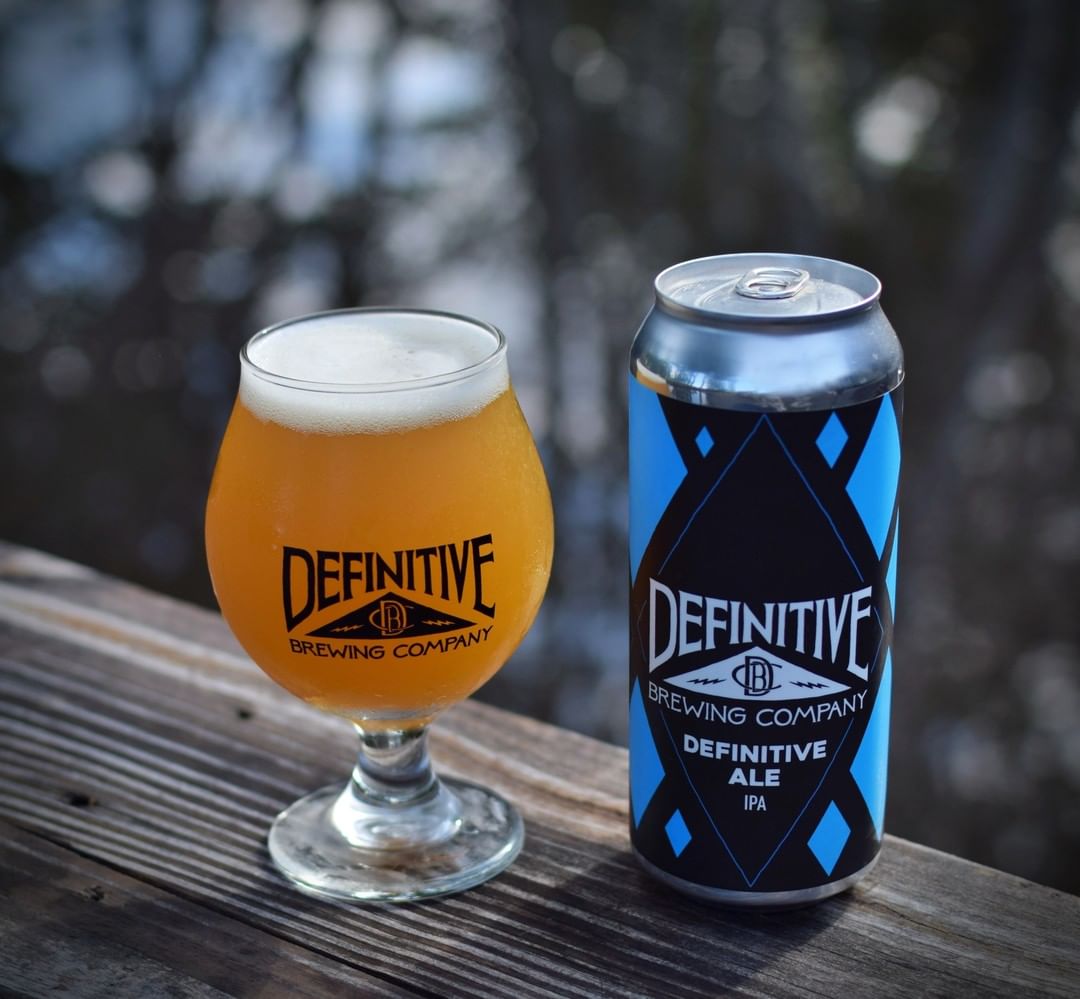 Definitive’s signature IPA is a quintessential New England IPA, dry hopped with Pacific Northwest and Australian hops and bursting with tropical fruit flavors and aromas. Definitive Ale is built upon a soft pillowy malt structure and is dry hopped twice with hop varieties from the Pacific Northwest and Australia. Drinking this ale will bring forth notions of ripe cantaloupe, freshly squeezed limeade, and tons of tropical fruits.

Both beers will be available at Portland and Kittery today due to the holidays, so no need for those in Kittery (Kitterarians?) to wait an extra day for this beery goodness. 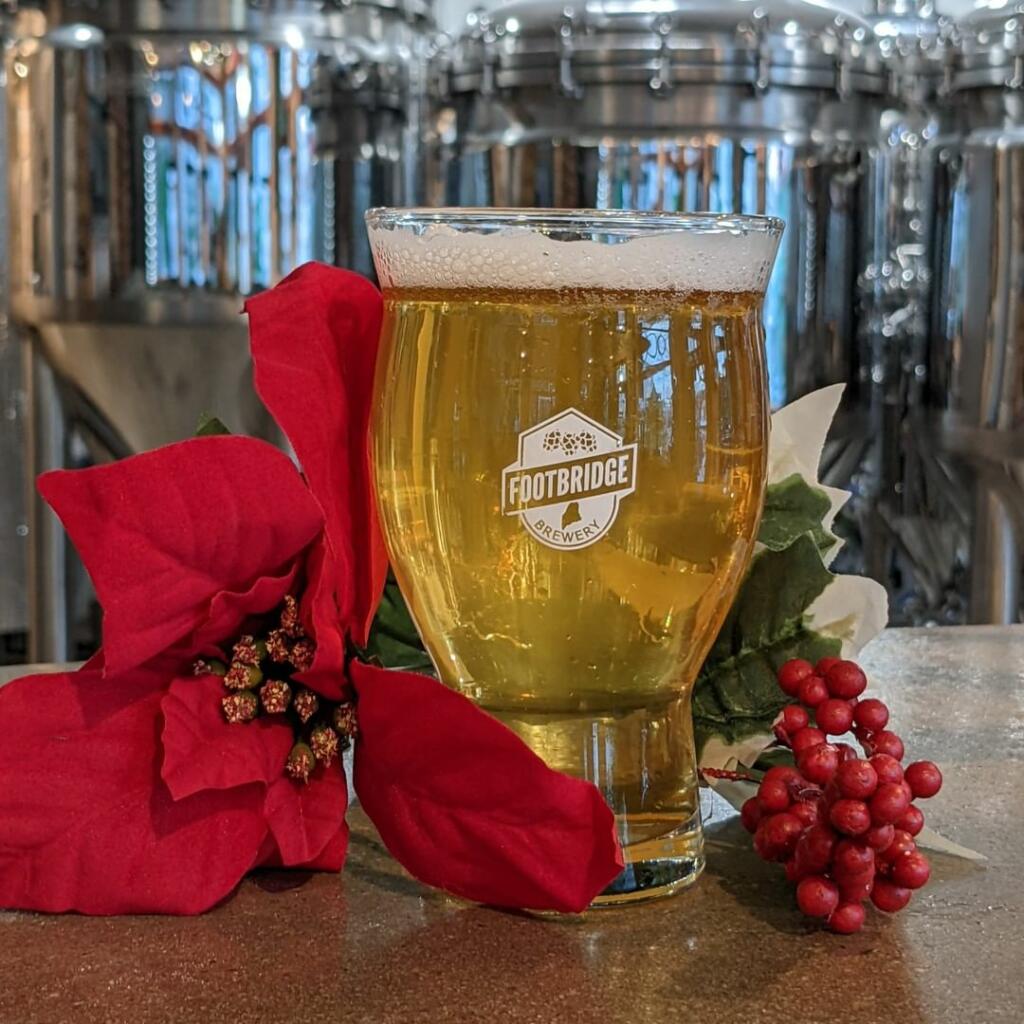 If you’re not in the holiday spirit yet, Scrooge You is a sure-fire way to get there! This white stout starts off with notes of coffee courtesy of beans from local roaster, Seacoast Coffee Company, and has a gentle finish of eggnog. This is a limited batch and will only be available on tap. 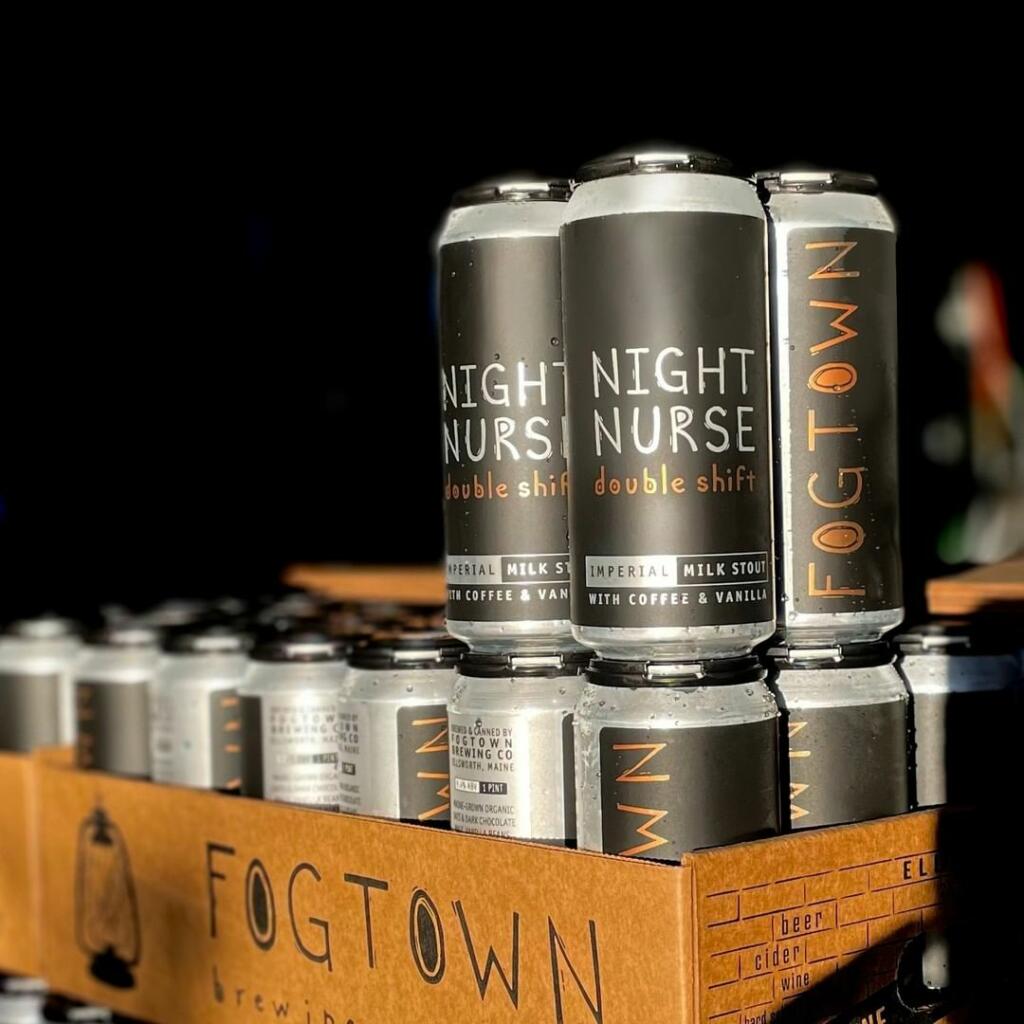 Pick up the latest fresh batch of Fogtown’s flagship American stout to help you cope, uh, we mean enjoy, any family gatherings you have on tap for the weekend. Night Nurse is brewed with chocolate malt, organic Maine-grown rolled oats, and a touch of brown sugar, balanced with nugget and cascade hops. It’s rich, complex, and not too sweet.

We are rocking out to 2 Feet Brewing’s Intergalactic Beastie Brew (intergalactic planetary!), everyone can Howl Together at Baxter, Blaze is doubling down on Bailey Boy, Side By Each is in a Snow Daze, and several breweries have dropped their latest collab: Maine Brewers’ Guild Collaboration IPA V2.

Intergalactic Beastie Brew is a coffee/cream stout that has a rich coffee aftertaste and a creamy beginning. 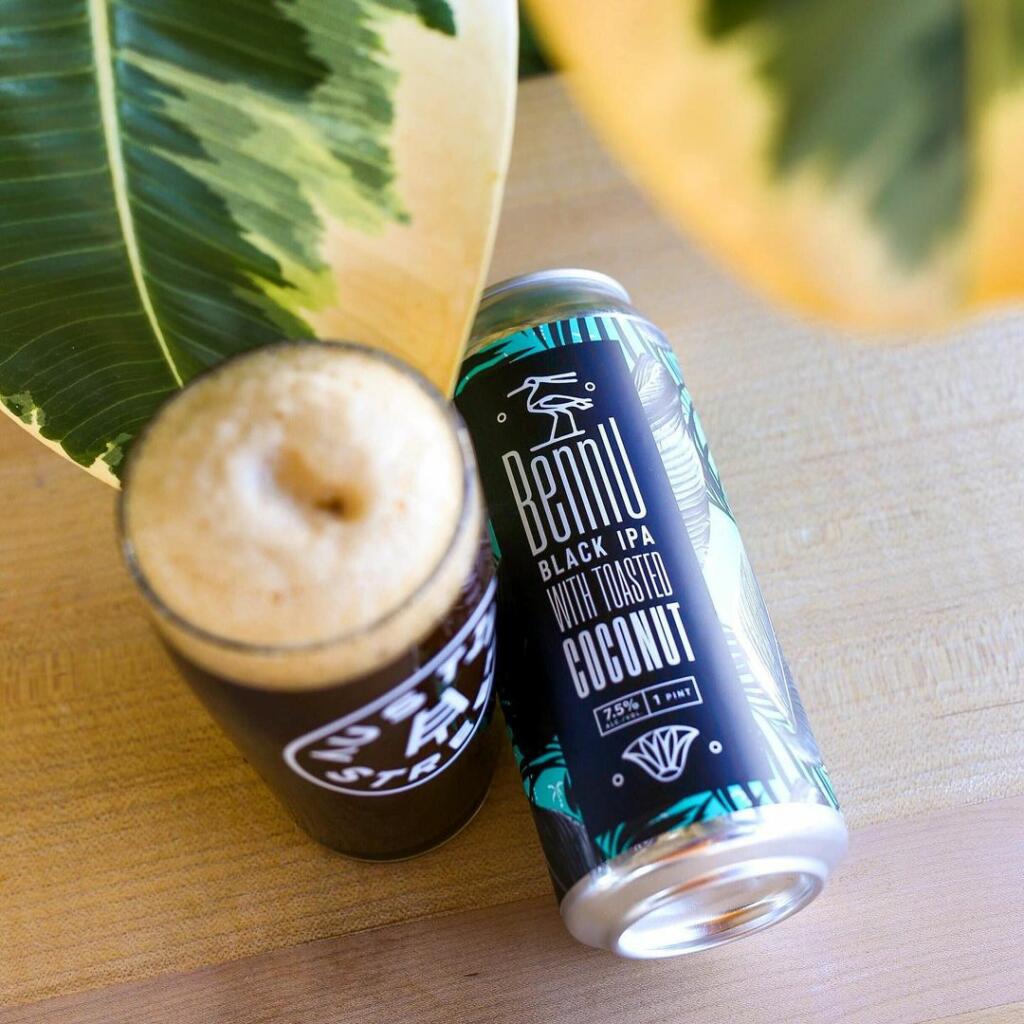 Bennu is a black IPA that started as one of Austin Street’s International Women’s Day beers and is brewed with Cashmere and Simcoe hops and 75 pounds of toasted coconut. Coconut dominates the nose and Bennu also has a satisfying hint of orchard fruit and roasted malt notes. A soft and balanced body carries into a clean, citrusy finish. 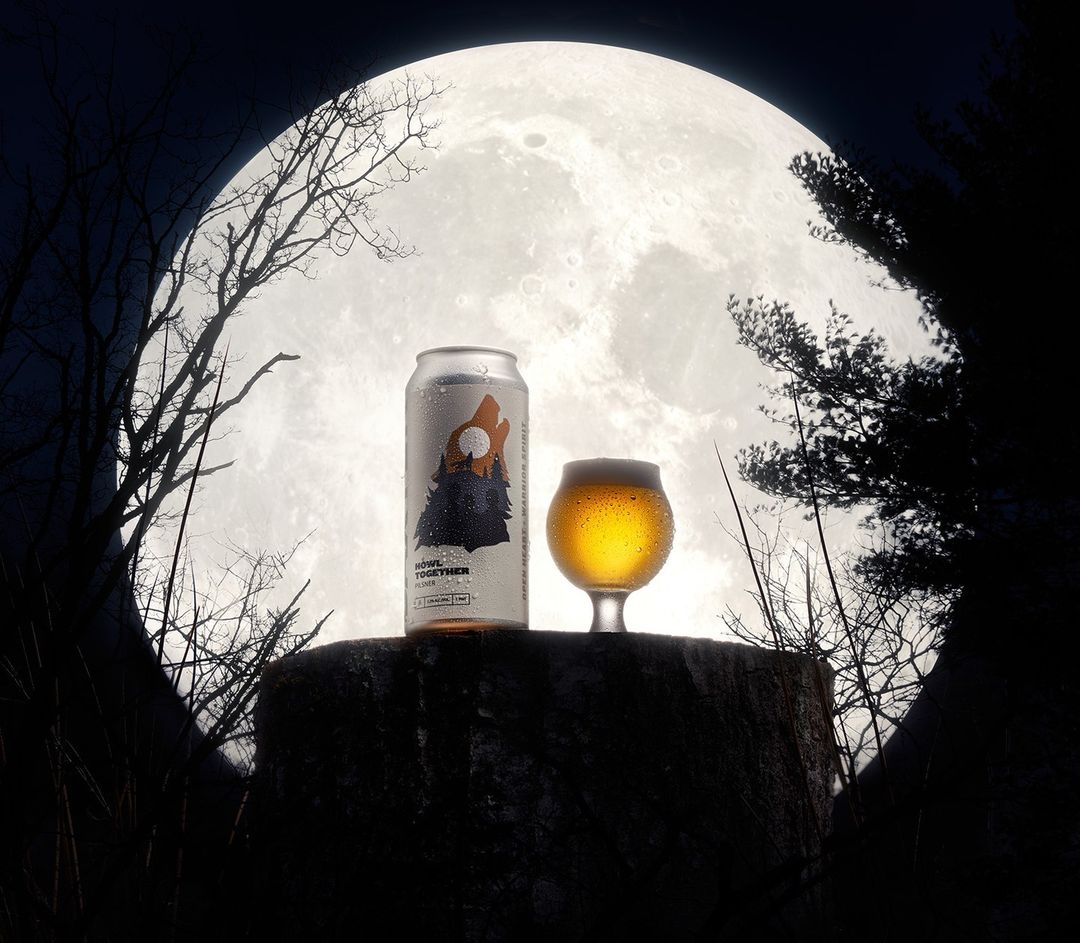 Beer is a communal beverage that has brought people together for thousands of years. Howl Together is a pilsner that was brewed in partnership with a team of local cancer survivors; crafted to honor the courage required to tackle life’s toughest challenges—and the wisdom to know we are stronger when we face them together. A portion of proceeds from the sale of this beer will be donated to the Man Up To Cancer Foundation. Howl Together is crisp and clean with a subtle hop profile, giving it a bright and floral backbone. 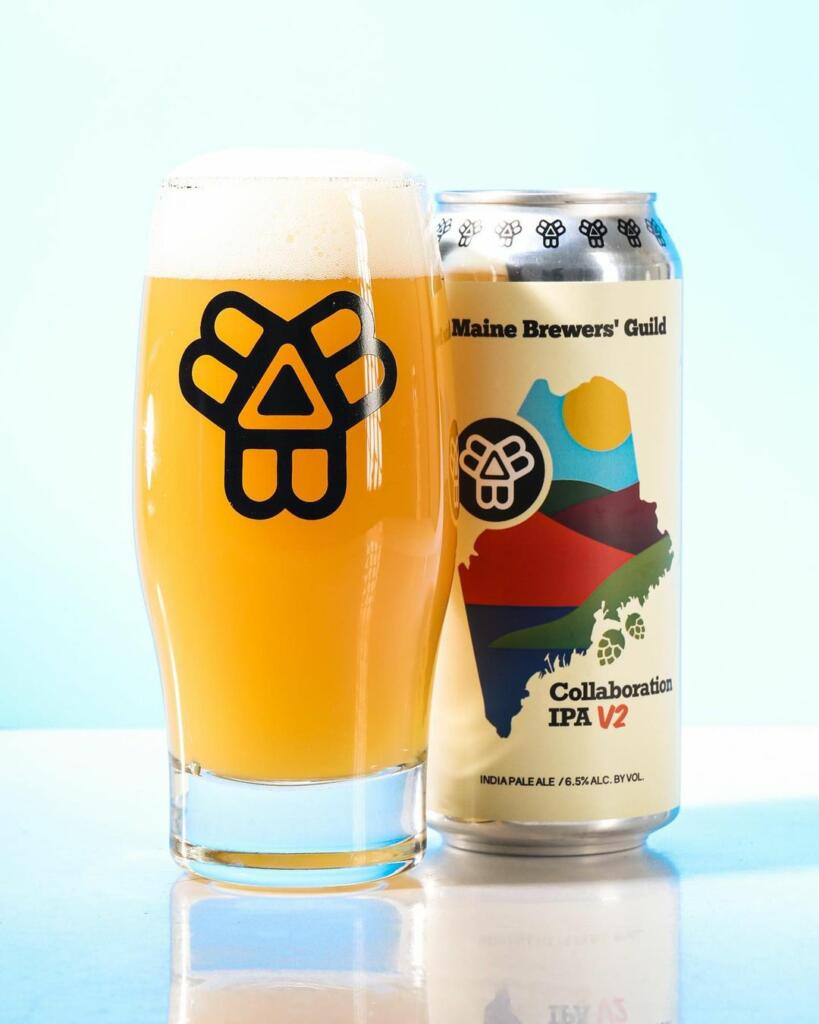 A portion of proceeds from every beer sold of this statewide collaboration—made using all Maine-grown grains—will be donated to this nonprofit trade organization representing Maine brewers. While all participating breweries followed the same recipe, each beer is unique. The result is a true showcase of the industry here in Maine: a community of talented breweries, vendors, and farmers made even stronger by the efforts of the Maine Brewers’ Guild. 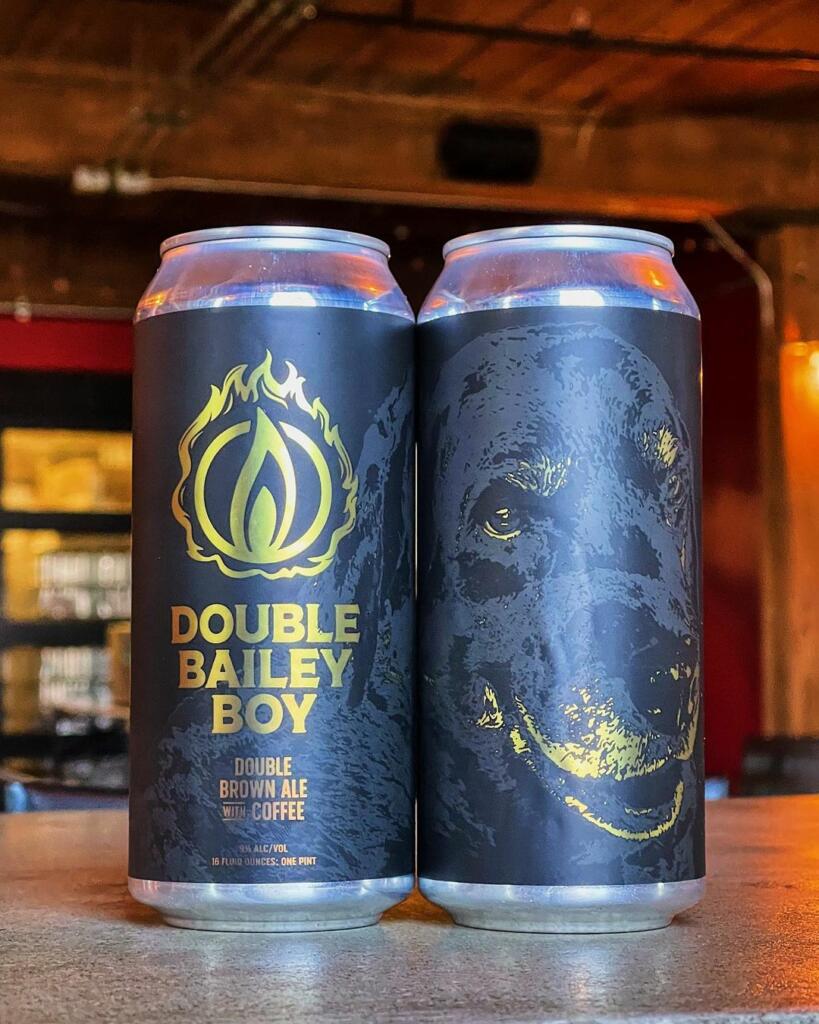 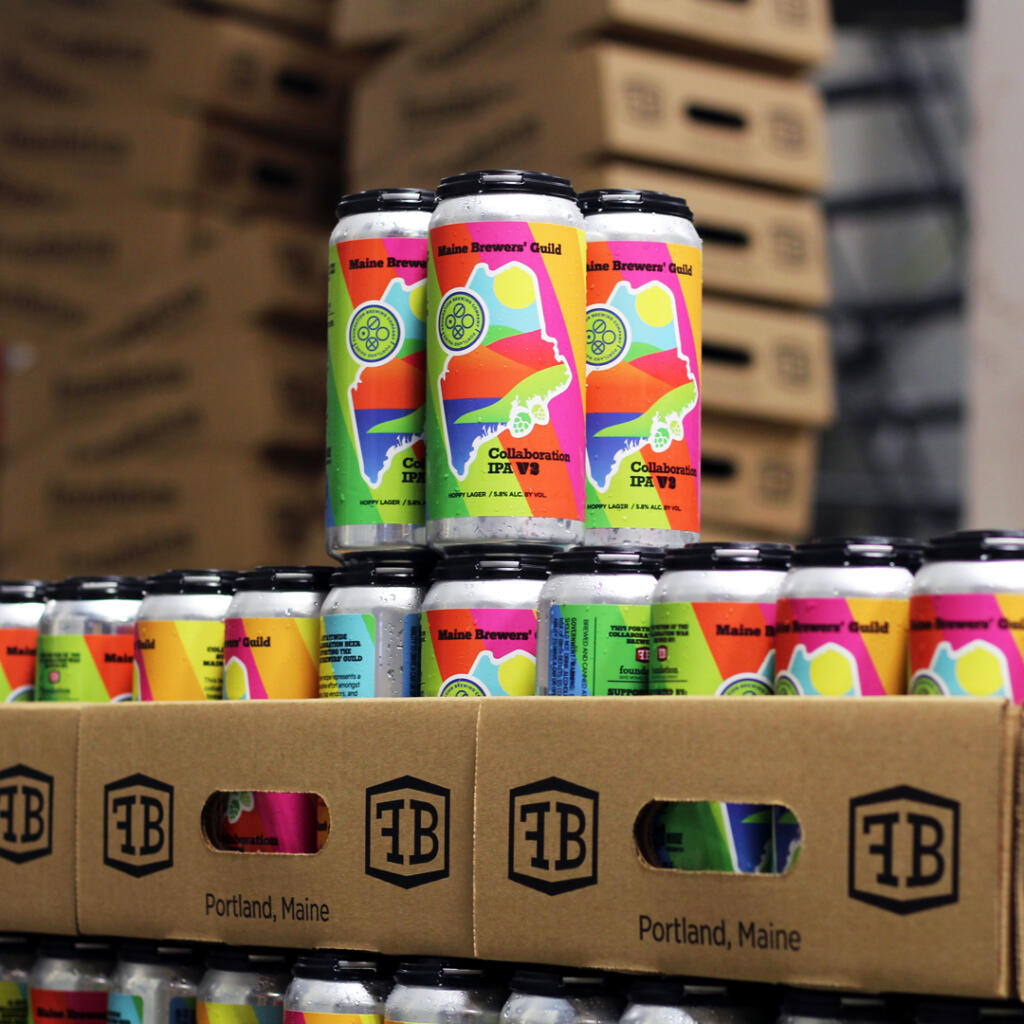 Just in time for Christmas, Foundation has released Maine Brewers’ Guild Collaboration IPA V2. This year, they decided to brew a hoppy lager as their collab offering. This beer pours a hazy straw yellow with a big, fluffy head and stone fruit and green pineapple on the nose. The stone fruit also comes through on the palate, finishing crisp and balanced.

Belgian IPA is hopped with Bru-1 and Hallertau Blanc. At 7.3% with notes of ripe pineapple, strawberry, and grape must, it’s a must-have in any of Gneiss’s igloos or sipping on around the fire. 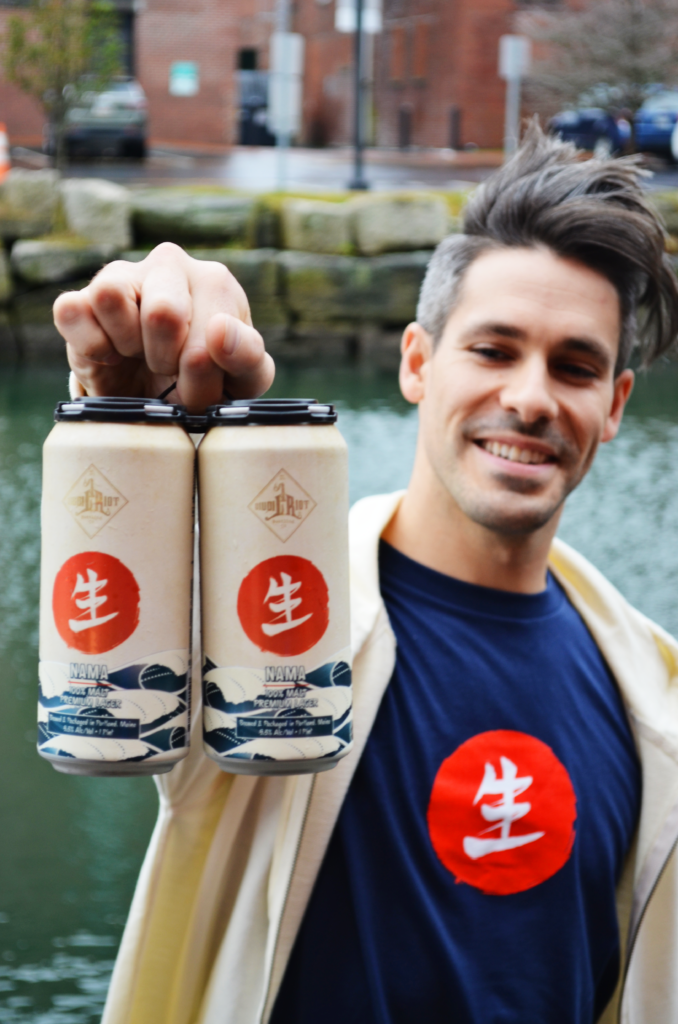 Nama, is Japanese for ‘fresh.’ This light, clean lager was inspired by the 100% malt Japanese lagers. 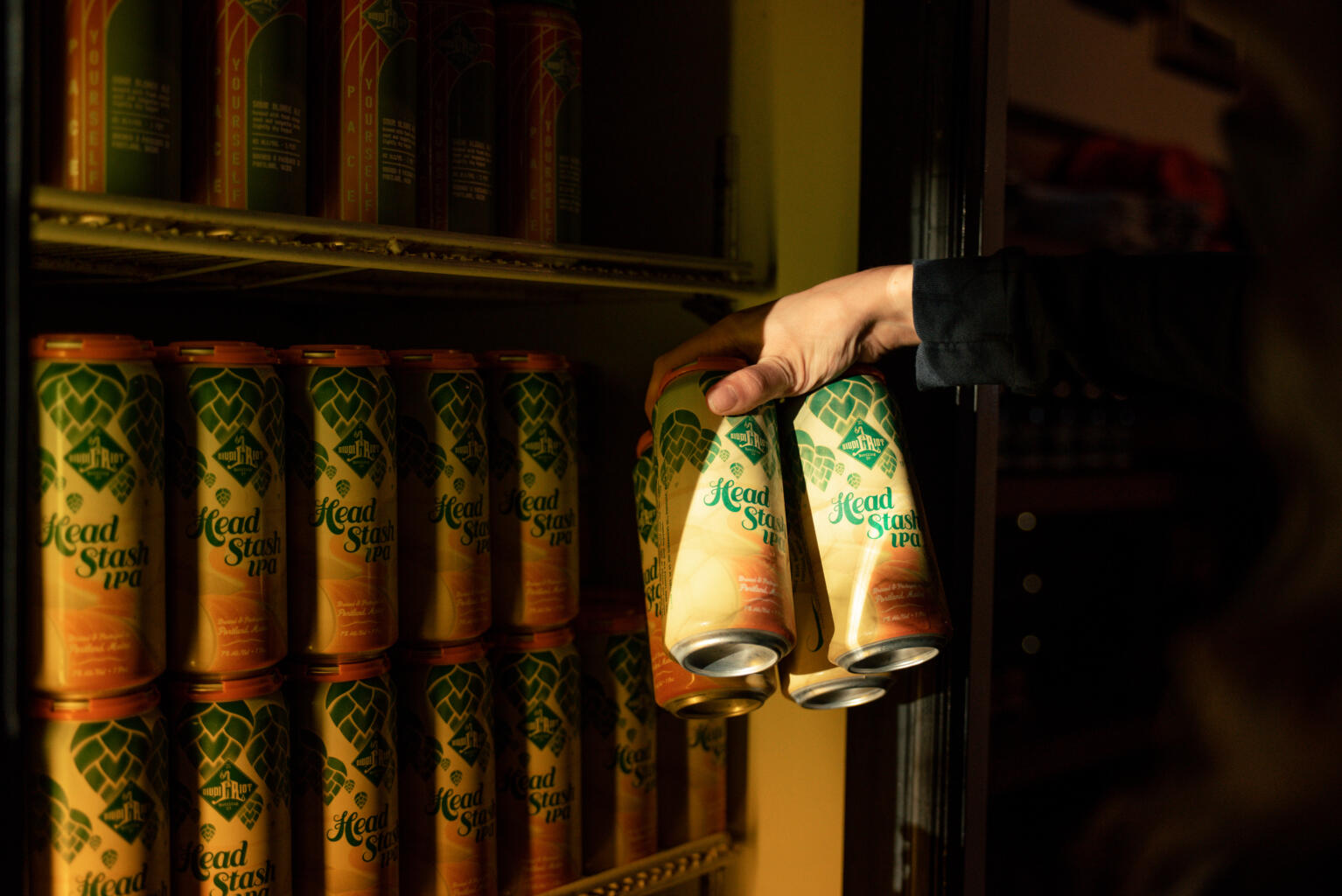 Head Stash is an intensely hopped IPA with a dry, crisp finish, and was originally brewed as a collab with Oxbow Brewing Company. 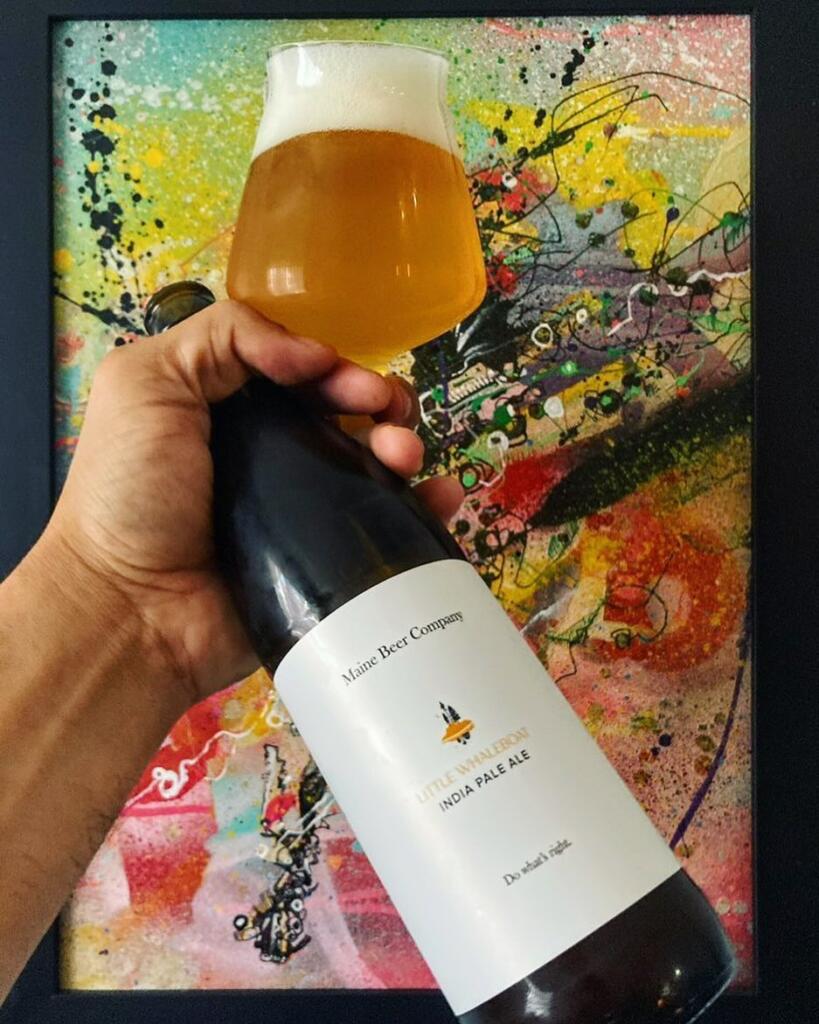 Little Whaleboat is named for the Little Whaleboat Islands, a cluster of three small islands and ledges in Casco Bay, that Maine Coast Heritage Trust is raising funds to purchase and conserve. Little Whaleboat was brewed to further support MCHT’s fundraising and to raise awareness for their work protecting Maine’s coast. Little Whaleboat is an IPA featuring Citra, Mosaic, Columbus, and Talus hops, and local Maine Malt House and Blue Ox Malthouse malted grains. The result is a light-bodied IPA with notes of tropical fruit (mango, pineapple), grapefruit, pine, and floral aromas of rose and chamomile. 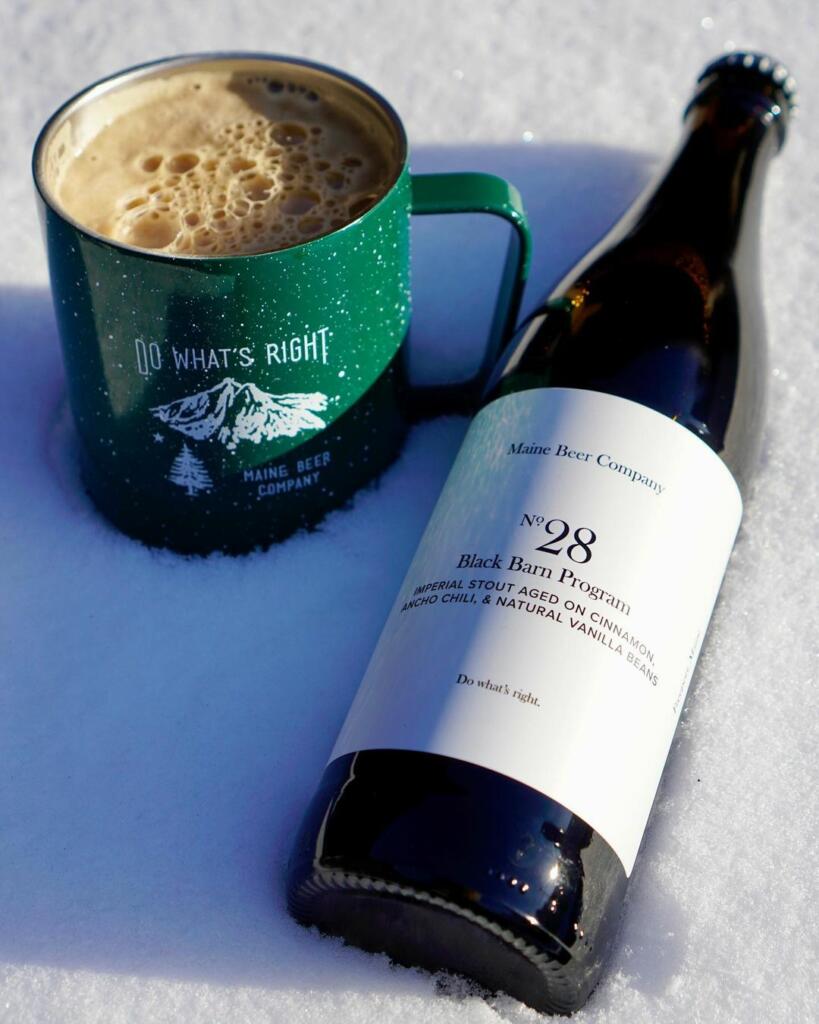 Black Barn Program No. 28 is an imperial stout meant for the darkest days of winter. Clocking in at 12.2% ABV, Black Barn No. 28 is aged on cinnamon, ancho chili, and natural vanilla beans. 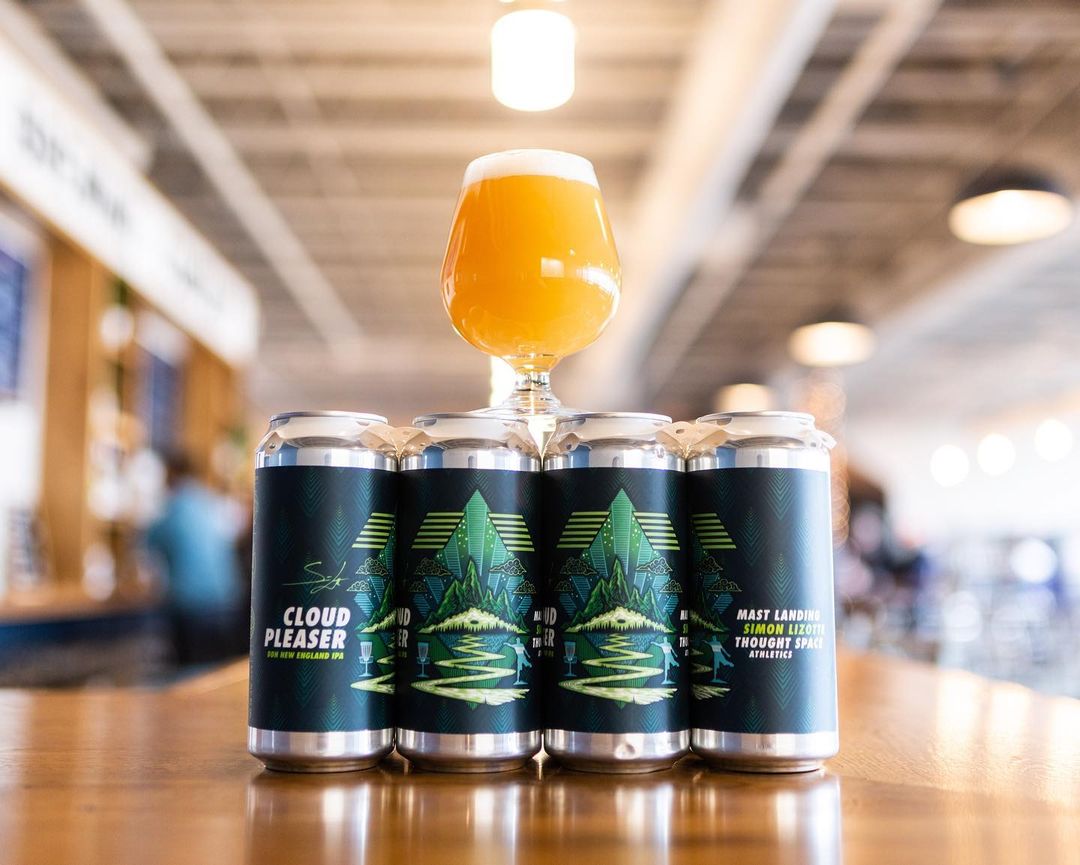 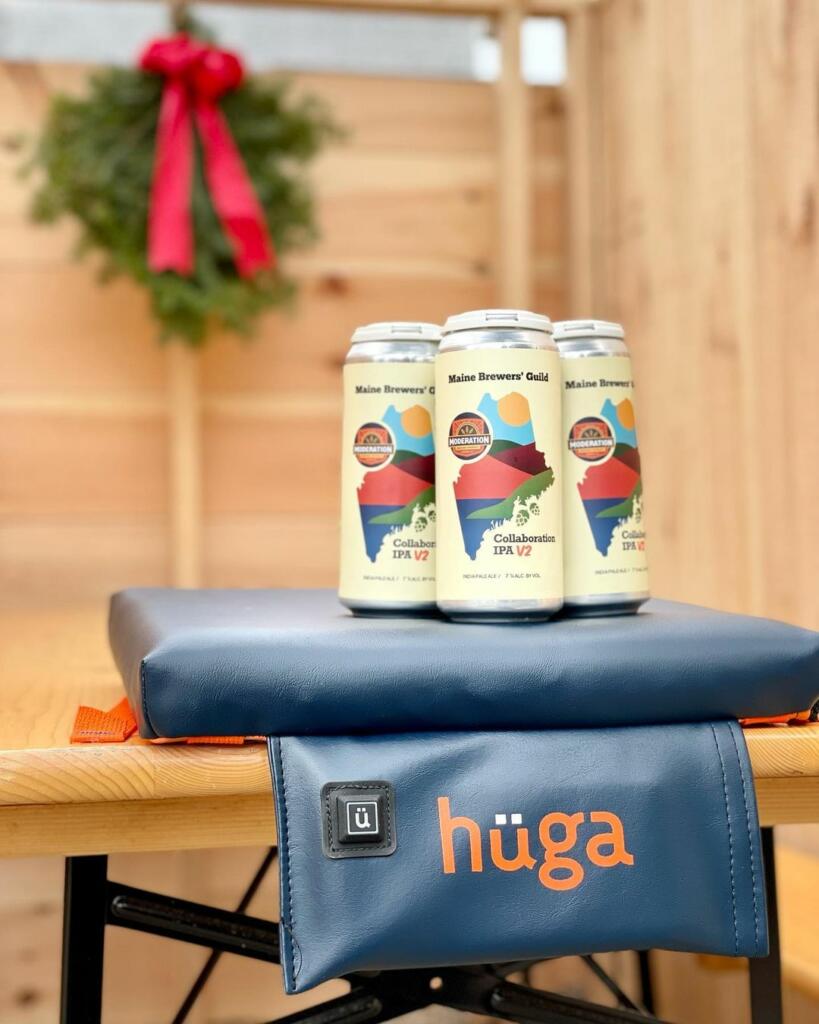 Moderation’s iteration of the Maine Brewers Guild Collaboration IPA 2021 is bursting with Belma, Cryo Loral and Cryo Idaho 7 and fermented with their house Kveik yeast. This is a full-on hazy, juice bomb of a New England IPA. Even better, it’s brewed for a good cause to support the Maine Brewers’ Guild. Just like last year, breweries all over the state are taking part in the collab and putting their own spin on the shared recipe. 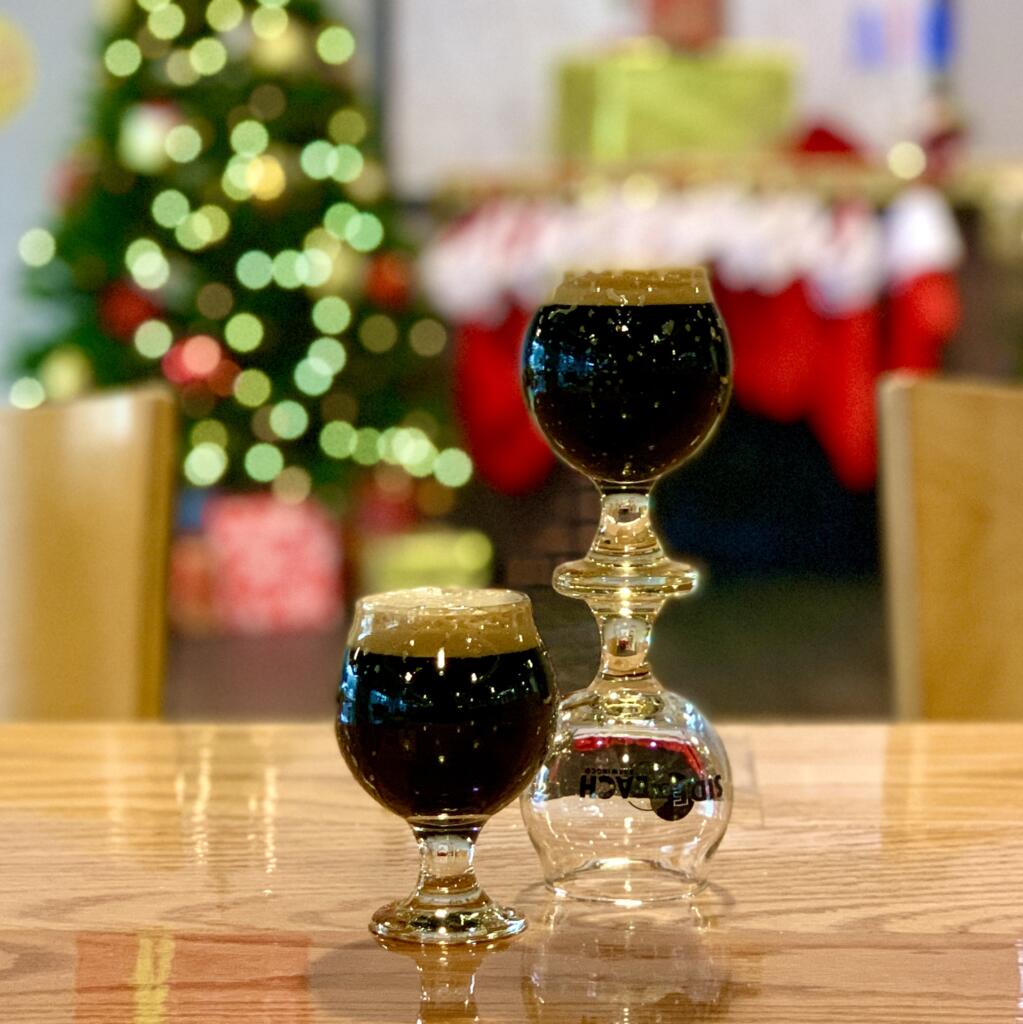 Jet black, full-bodied, and roasty, this pair of Snow Daze imperial stouts will keep you warm on the coldest winter day.

Definitive Brewing is looking to be your new skiing bae, Maine Beer Co. lends a helping hand to island conservation, Fogtown Brewing is ready to help you ring in the new year, and breweries in Bangor are encouraging customers to brew for a good cause—Brave Noise, which advocates for inclusive environments in the brewing industry.

The Portland-based brewery’s third location is set to open the day after Christmas.

Wrapping up a whale of a fundraiser with $1.3 million, Maine Coast Heritage Trust is the new owner of three undeveloped Casco Bay islands it acquired for conservation purposes.

Raise a jar of Second Thought or another of Fogtown Brewing Co.’s finely crafted beers to kick off a special New Year’s Eve celebration…

If you’ve ever wanted to brew your own beer while making a difference, now’s your chance.