We hope you enjoyed your Thanksgiving, even if it looked a little different this year. We’re sorry we missed you last week, but we were too busy frantically baking pies and putting the finishing touches on our own Thanksgiving feast, which included a few cans of Allagash Brewing’s North Sky Stout, mmm.

Now that the leftovers have been polished off, you should have room for all the new beers hitting taprooms and stores this week, including plenty of belly-filling Stouts.

A few Christmas beers are also making appearances as we ease into December. We’d say these are perfect to savor while trimming the tree, but everyone we know already has theirs up. Instead, we recommend cracking some open to enjoy while watching “Elf” on repeat and debating whether maple syrup on spaghetti is secretly genius.

This week’s releases have something for everybody, from DIPA fans to passionate Sour advocates to folks like us who think what beer these days really needs is more crushed gingerbread cookies. We’ve also got a pair of craft fairs to tell you about so you can shop small and support local artisans (while also enjoying beer, of course).

Allagash is celebrating local artisans through their fourth annual Stomping Grounds event, hosted virtually this year. They’ve worked with local vendors to curate an online marketplace of goods from local, BIPOC, and women-owned businesses. The marketplace event kicks off with a virtual launch event tonight from 6 to 7:15 p.m. All attendees will get the first chance to shop from a variety of local artisans before it becomes available to the public online. Better yet, they’re offering free, carbon-neutral shipping on all orders placed during the event. 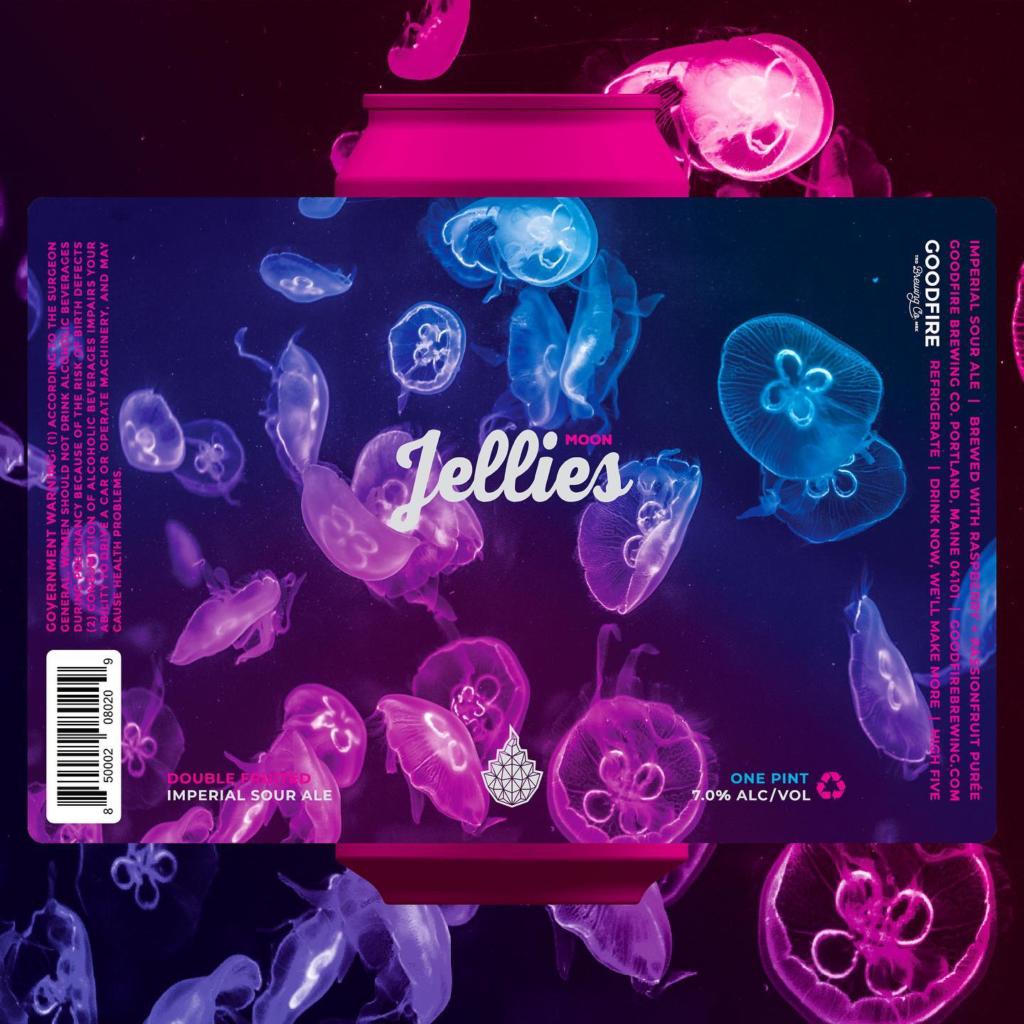 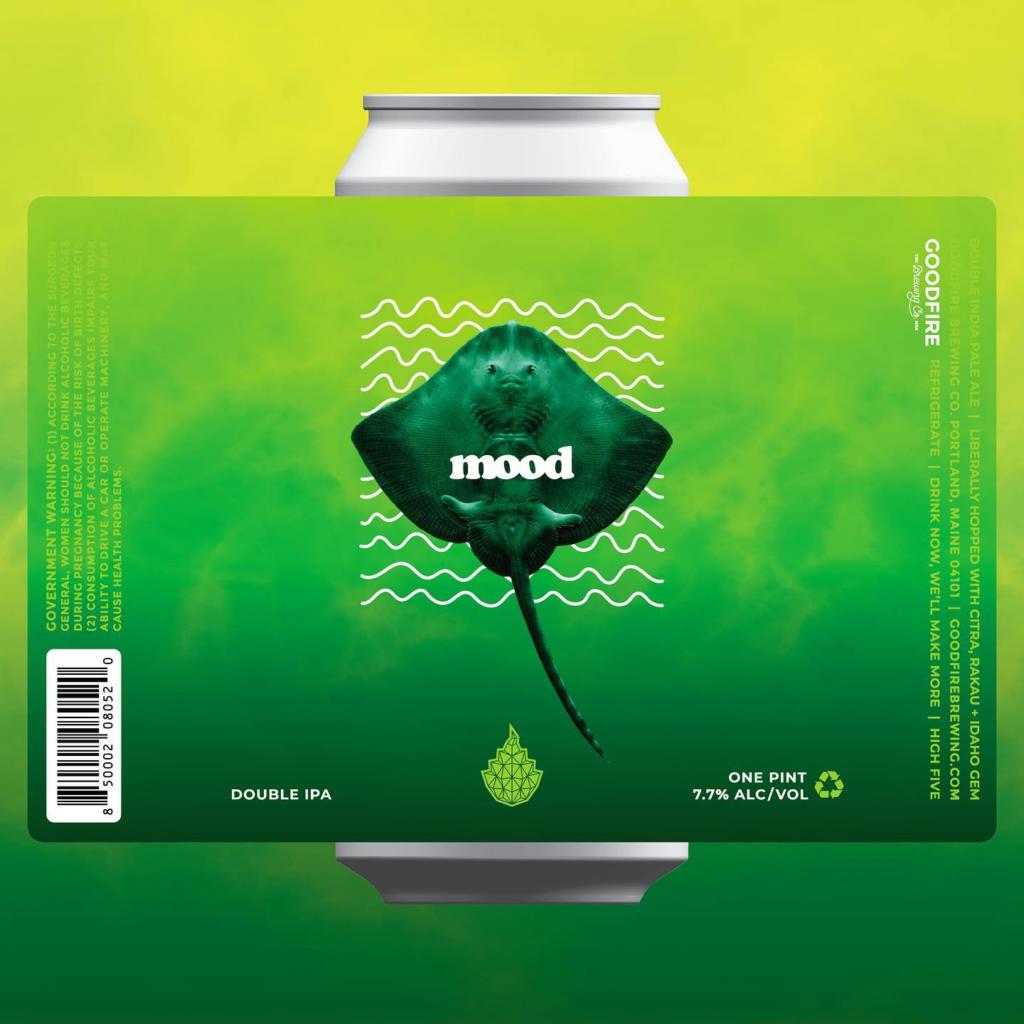 Mood was brewed with Rakau and Citra, and features Idaho Gem; a new, wild hop originally discovered in Parma, Idaho, and with a large portion of Vienna, Wheat, and Flaked Oats, yielding a substantial body that really pushes the aromatics and hops flavor on this Double IPA. Mood is, first and foremost, a meeting of three distinct hop terroirs, but it also asserts itself through some lovely, unified malt character and an extra pale/opaque appearance.

Moon Jellies is a quenching, jammy Sour featuring raspberry, passion fruit, and an extra dose of freeze-dried raspberries. Built on a rich base of Maris Otter and Wheat, Moon Jellies presents with a fair amount of residual sweetness, countered by the bright acidity of passion fruit. Raspberry is added throughout fermentation, yielding a zippy, drinkable sour with a lot of oomph.

Both releases hit the store today at 6 p.m. for preorders with pickups available Friday, starting at 11 a.m.

Santa’s Reinbeer is a deep amber-colored beer flavored with whole cloves, ginger, orange peel, and cinnamon sticks. It tastes like Christmas in a pint glass. This is a limited release and only available on draft or to go in growlers. Imperial Stout will also be available on tap. It’s rich and dark and tastes like deeply roasted malts. 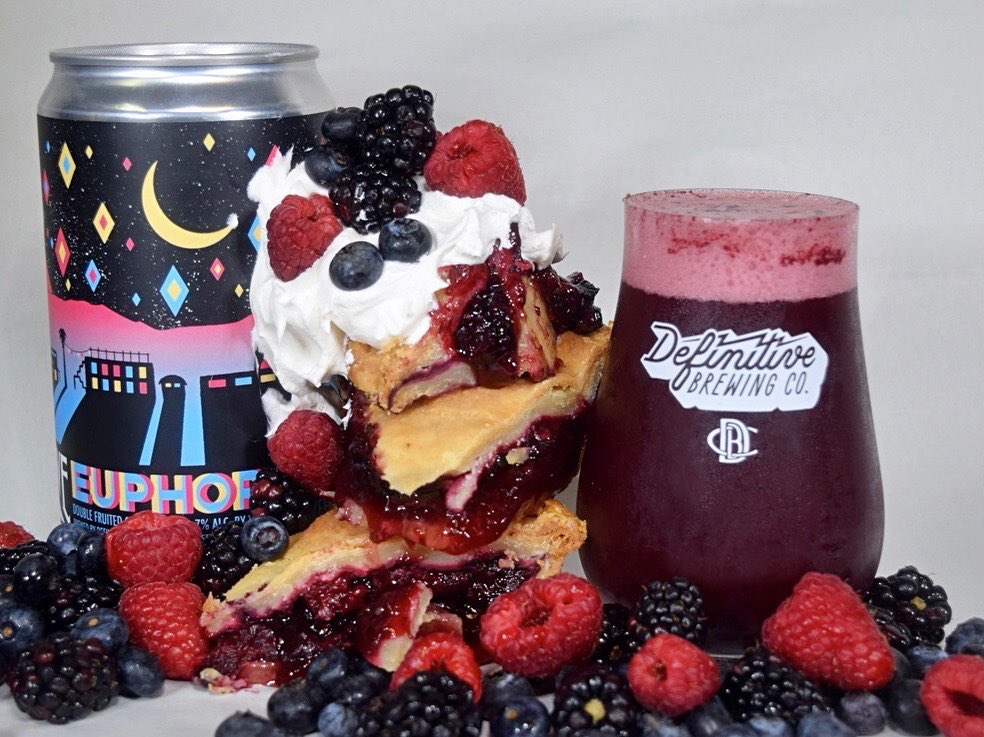 For this variant of their double fruited Sour series, Definitive Brewing took their already flavorful Late Nite: Triple Berry Pie and doubled down on all fruits and adjuncts! This smoothie-like beer is loaded with heaping amounts of blueberry, blackberry, raspberry, Korintje cinnamon, and Mexican vanilla. It’s like pie filling that you can drink! Crowler pickups will be Friday in Portland and Saturday in Kittery, with the draught release on Friday in Portland. 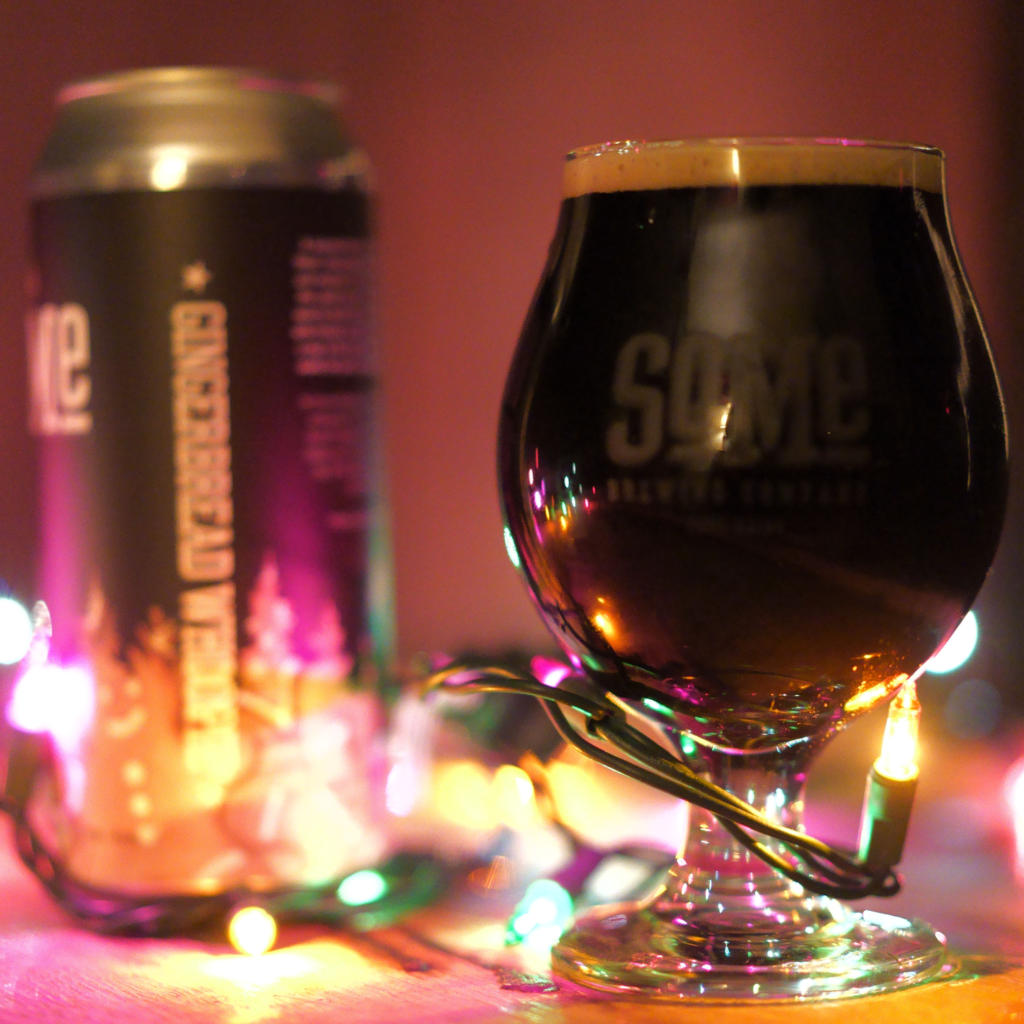 A seasonal twist on their classic Maine Milk Stout, Gingerbread Whoopie uses gingerbread cookies in the mash and molasses, lactose, and spices in the boil. This sweet Stout is perfect for those that also want to drink their dessert!

LMNO IPA is an American IPA featuring Golden Promise malt and 25% flaked oats with 100% El Dorado hops. Notes of candy, fruity pebbles, and lemon are present in the nose and taste. Bam! 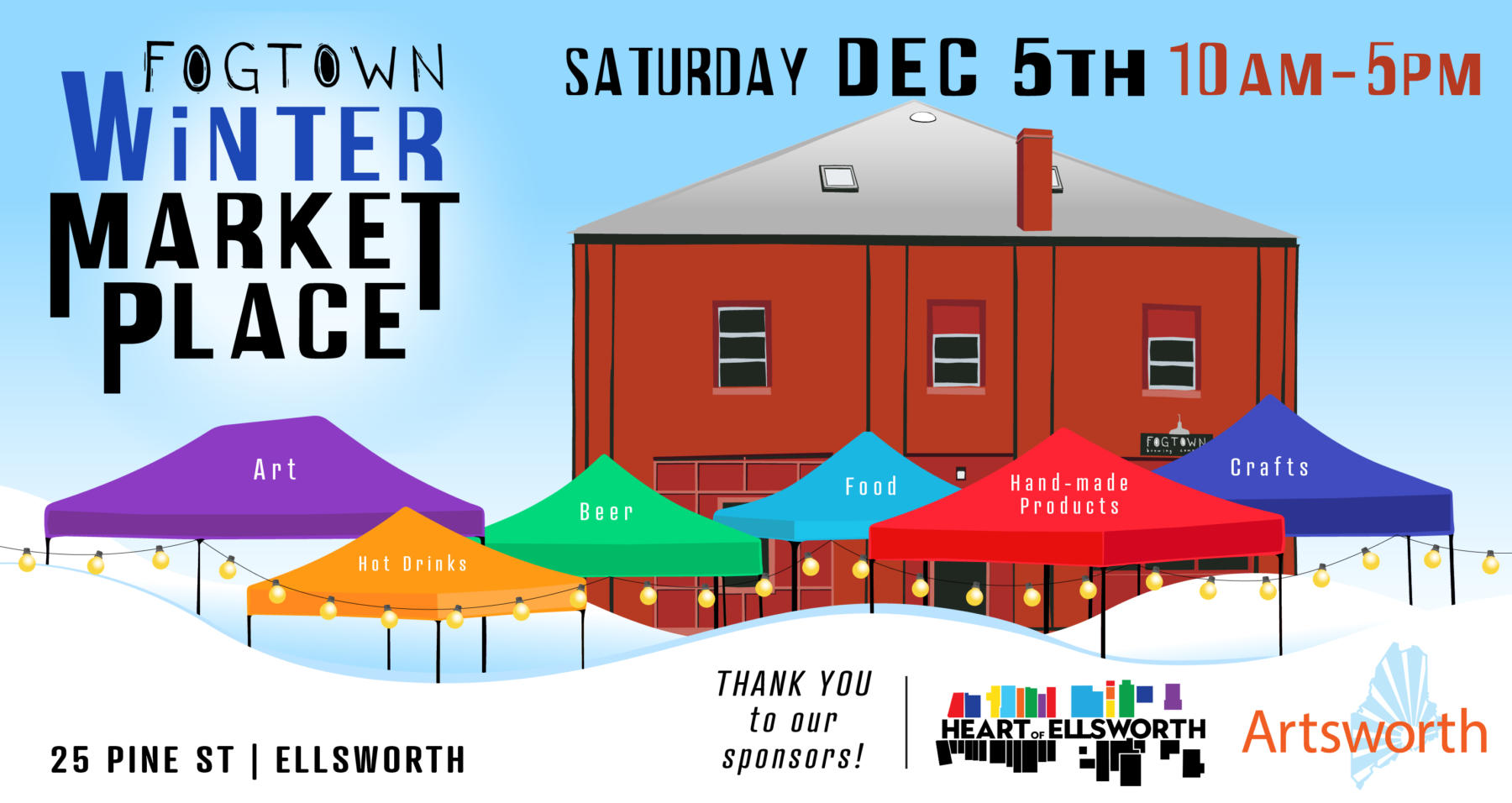 Time to pull out your best stretchy pants, because these recent releases are all about the Stouts, especially at Foundation Brewing, where they’ve conjured up THREE new Imperial Milk Stouts. If your tum is craving something a little less filling, never fear, there are plenty of IPAs for you to try, as well as Sours and even a Cider! 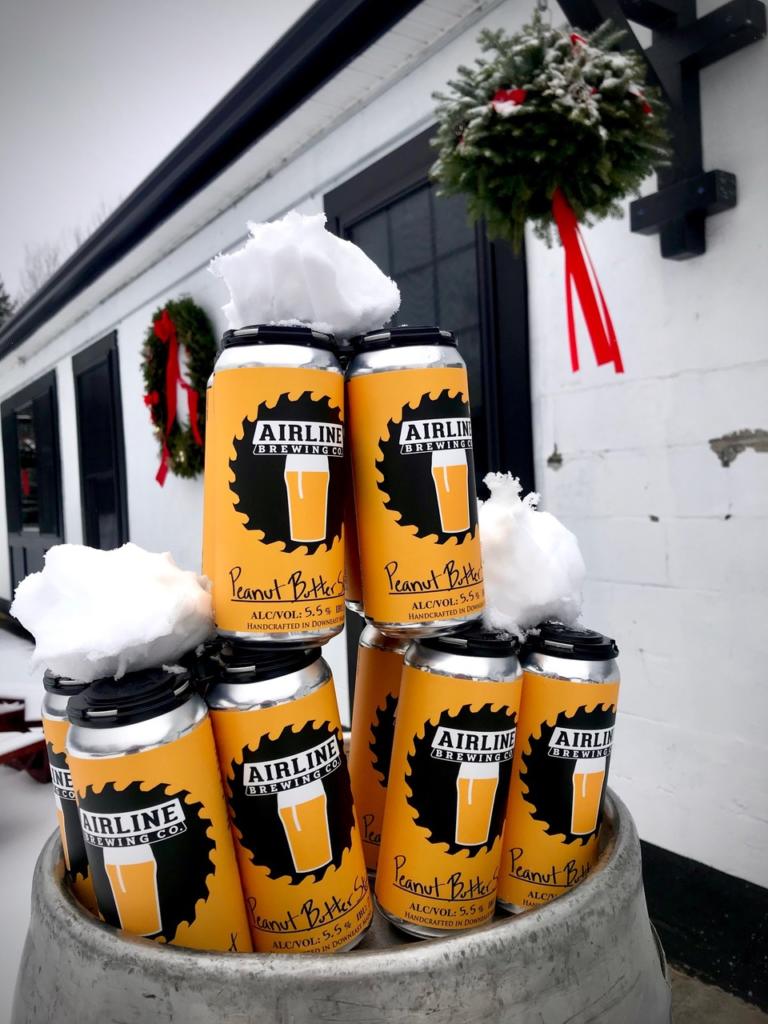 Peanut Butter Stout is on tap this week at the Pub in Ellsworth and Brewery in Amherst and will be hitting stores across the state starting on Friday. This sweet, light-bodied Milk Stout has a blast of peanut butter and chocolate flavors and pairs perfectly with dessert. 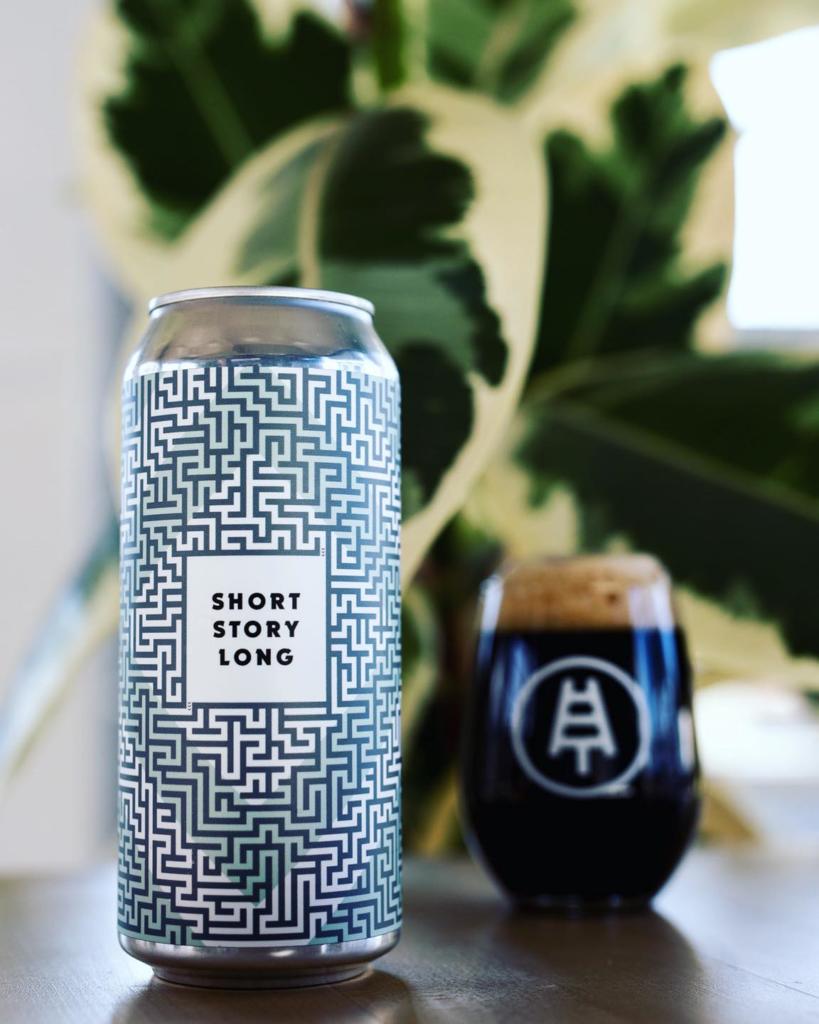 Save room. It’s the only descriptor on the menu for Short Story Long, an Imperial Stout conditioned with cacao and vanilla. Both elements shine in this dangerously drinkable 9% package. 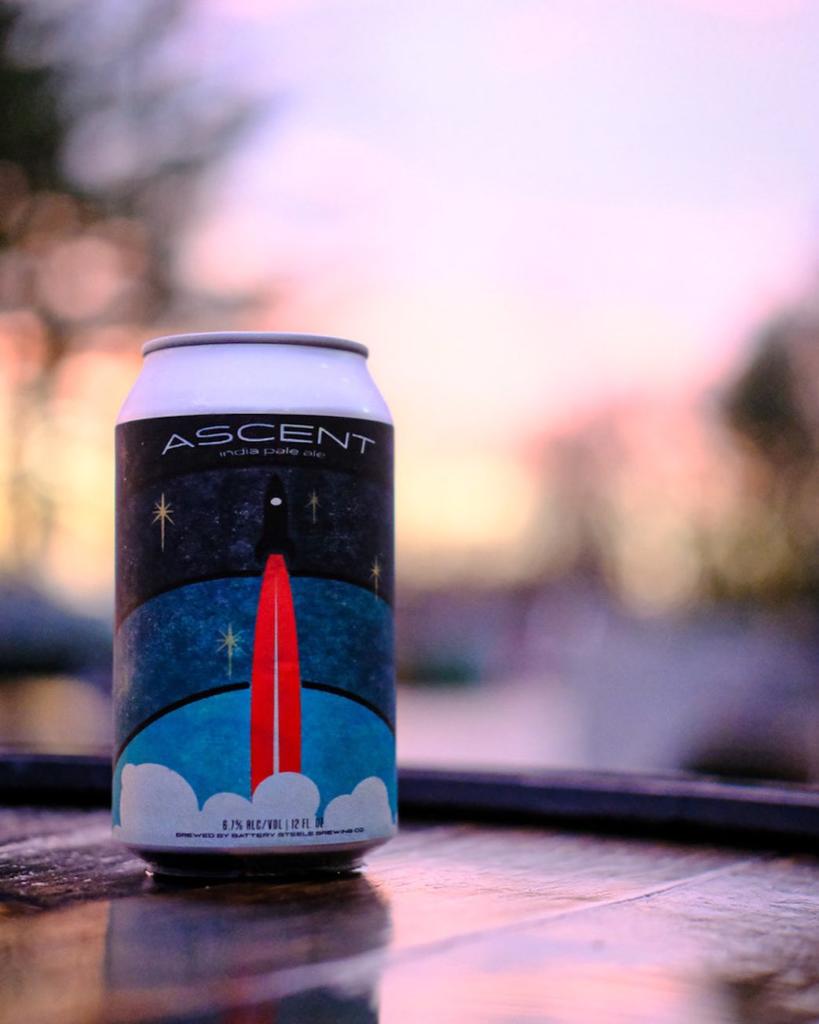 Ascent IPA six-packs are now available in the tasting room. This IPA pours a hazy, deep orange with aromas of grapefruit and pine. Hopped with Mosaic, Topaz, and Simcoe, the first sips lend way to notes of peach, pineapple, lychee, and citrus oils. 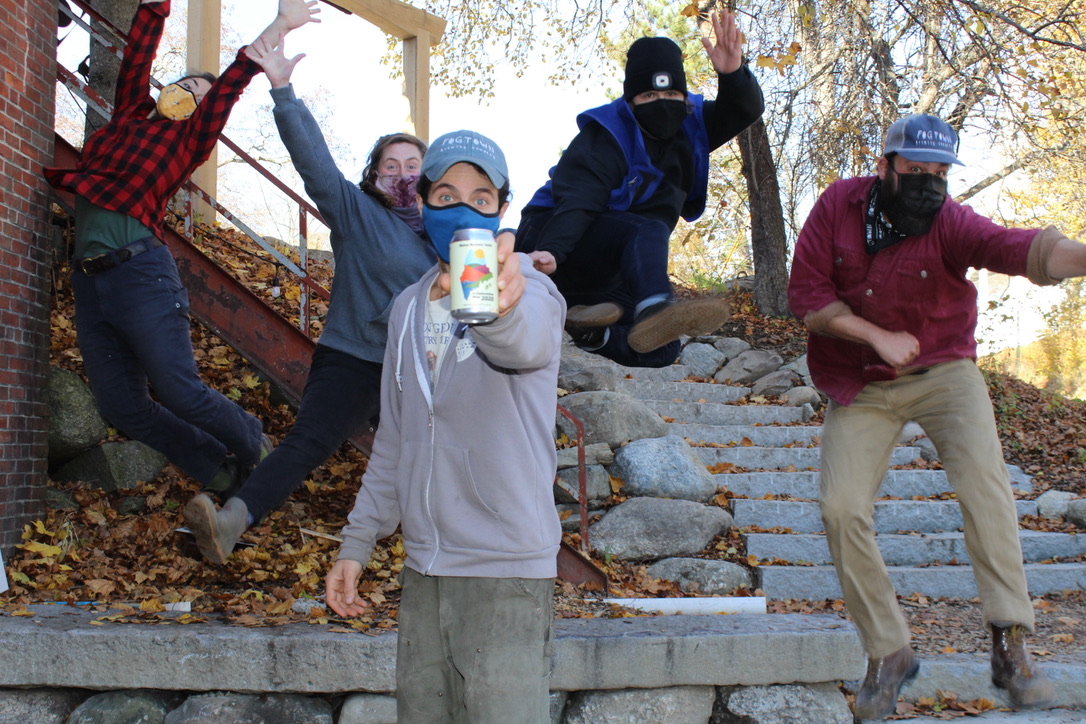 This beer represents a collaborative effort amongst brewers, hop vendors, and maltsters from one of the best beer communities in the world: Maine. While each participating brewery followed the same recipe to brew this IPA, each beer is unique. 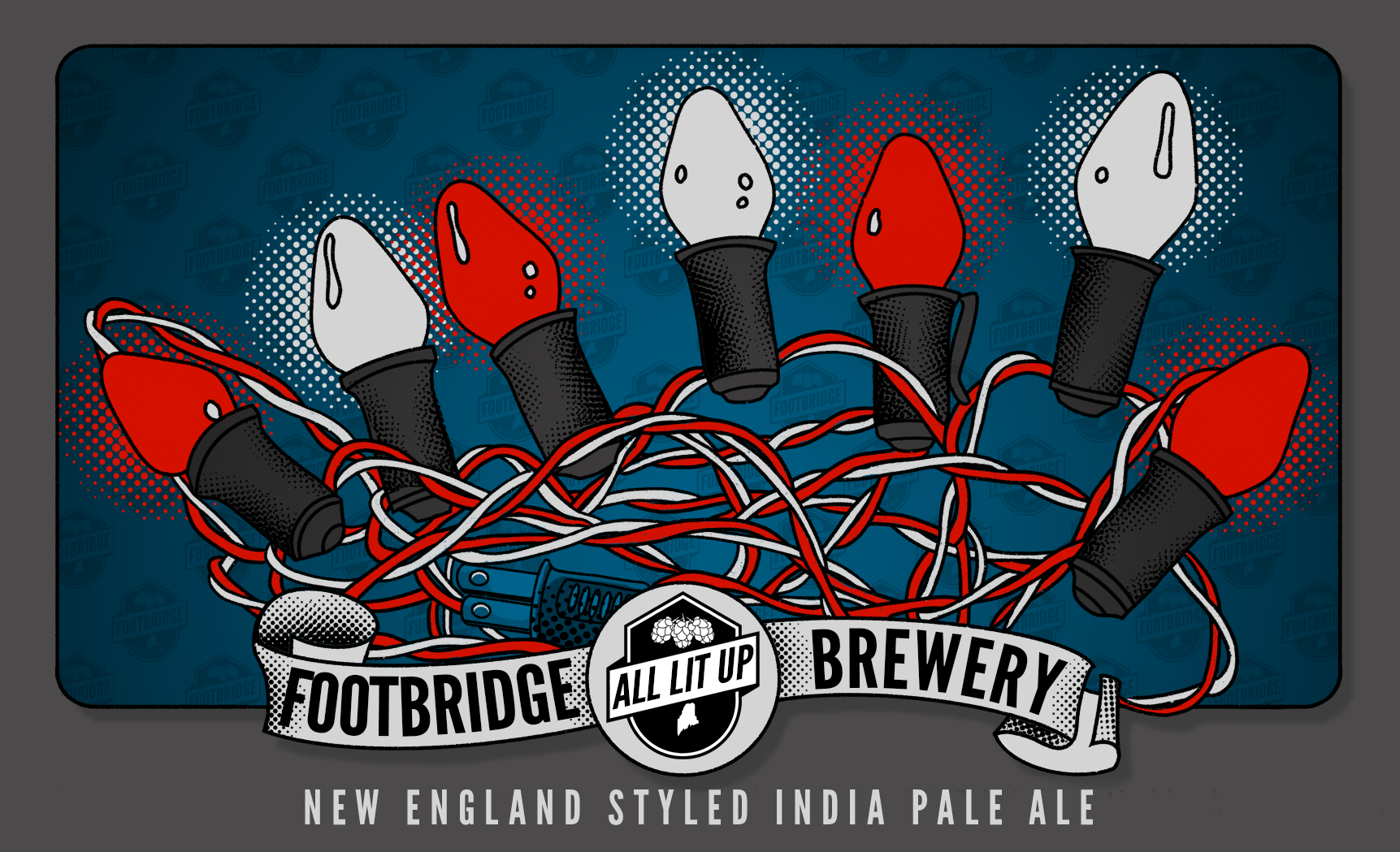 All Lit Up, IPA

All Lit Up is a New England Style IPA that captures the essence of coastal Maine. With notes of apricot, tangerines, and pine wrapped in a warm smooth blanket of bitterness, this is the perfect beer for lighting up the long nights of winter! 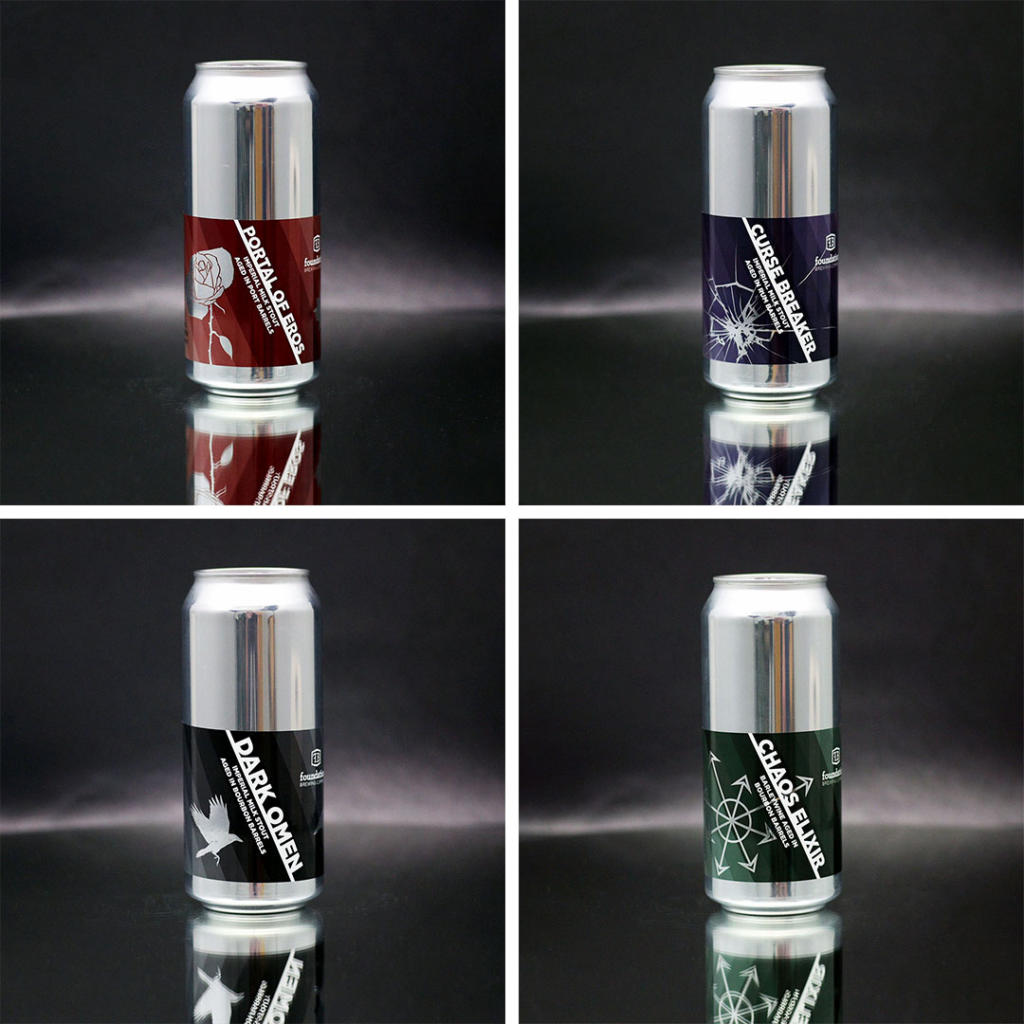 After a year of aging in their cellar, Foundation Brewing has unleashed their newest barrel-aged beers. We have to admit, this lineup is giving us strong Harry Potter vibes…

Portal of Eros (10.3%) is an Imperial Milk Stout aged in port barrels. Flavors of chocolate-covered fruits and big Cabs make this a killer indulgence. Pair with a nice bleu cheese for the ultimate in after-dinner fanciness.

Curse Breaker (10.9%) is an Imperial Milk Stout aged in rum barrels. Notes of toasted coconut and vanilla harmonize with a subtle, soft oakiness from the barrels, all rounded out by a burnt sugar character.

Dark Omen (11%) is an Imperial Milk Stout aged in Buffalo Trace bourbon barrels. Picture your favorite chocolate truffle, all grown up and with a sense of adventure. Notes of sticky, dark caramel dance with a hint of cinnamon from the oak.

Chaos Elixir (11%) is a Barleywine aged in Weller bourbon barrels. This magical elixir starts out with big aromas of caramel apple. Flavors of coconut macaroon and honey-glazed pear lead into a vanilla and candy caramel finish that’s a real treat. 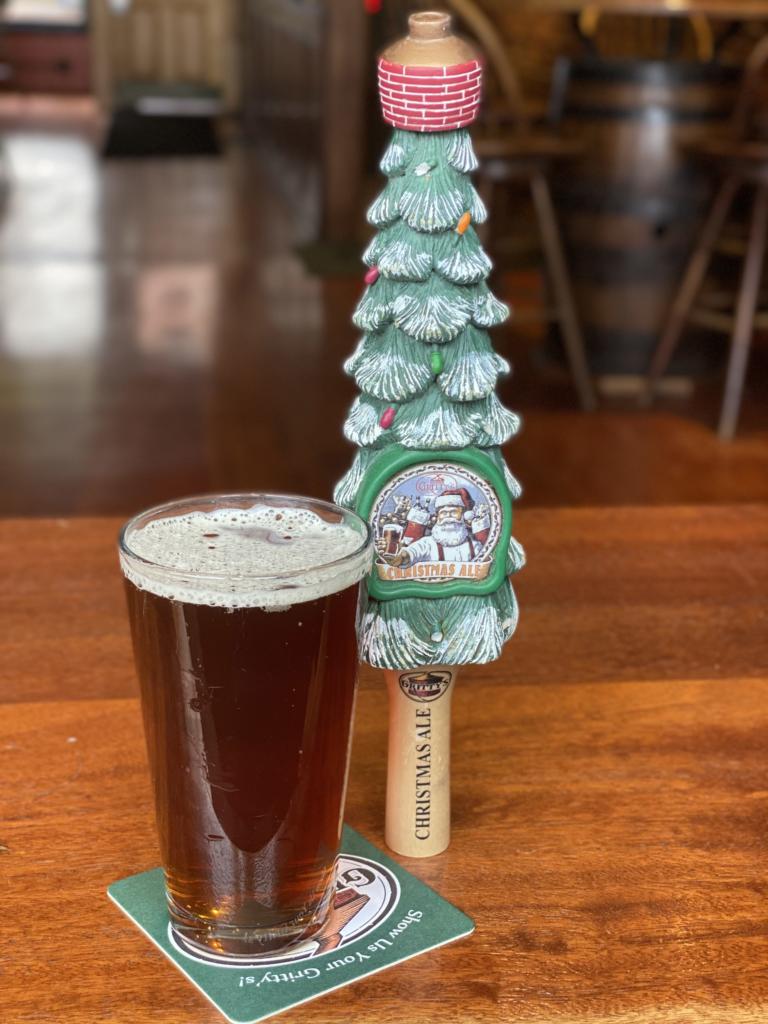 Gritty’s Christmas Ale has a lovely, dark red/amber color and a rich, full-bodied, malty taste with a slightly roasted undertone. It’s available on draft and on cask. 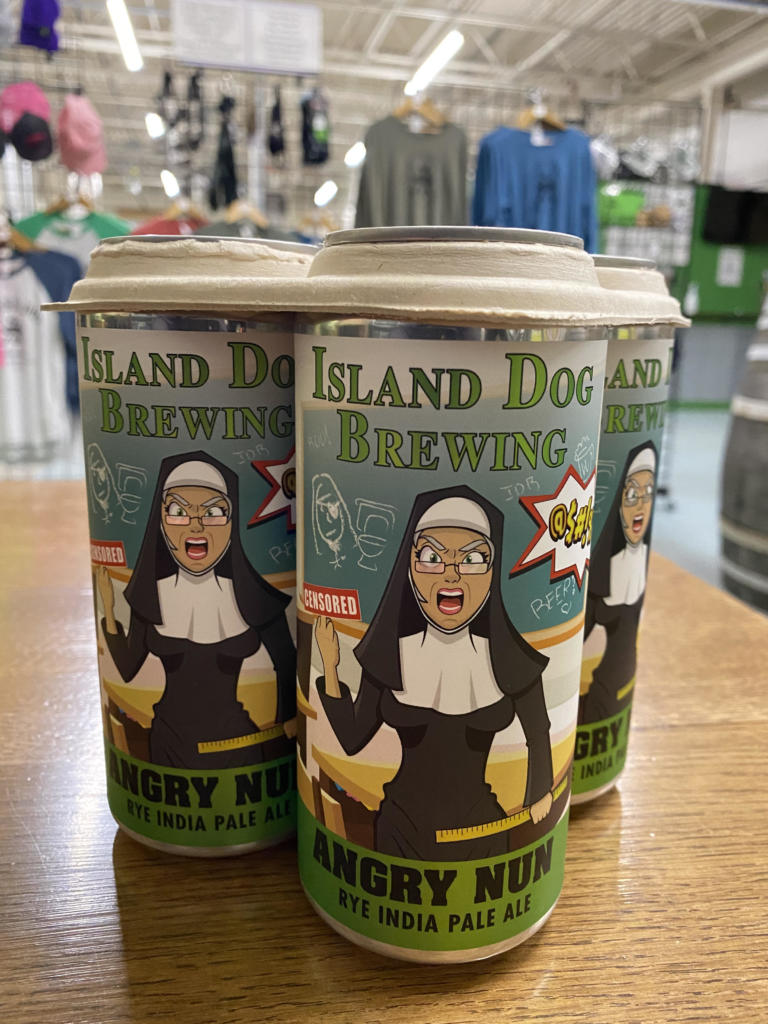 Angry Nun is back on tap and in cans to go. A uniquely smooth beer, Rye malt adds a distinctive spice note that complements the hops: Cascade, Columbus, Citra, and Southern Star. 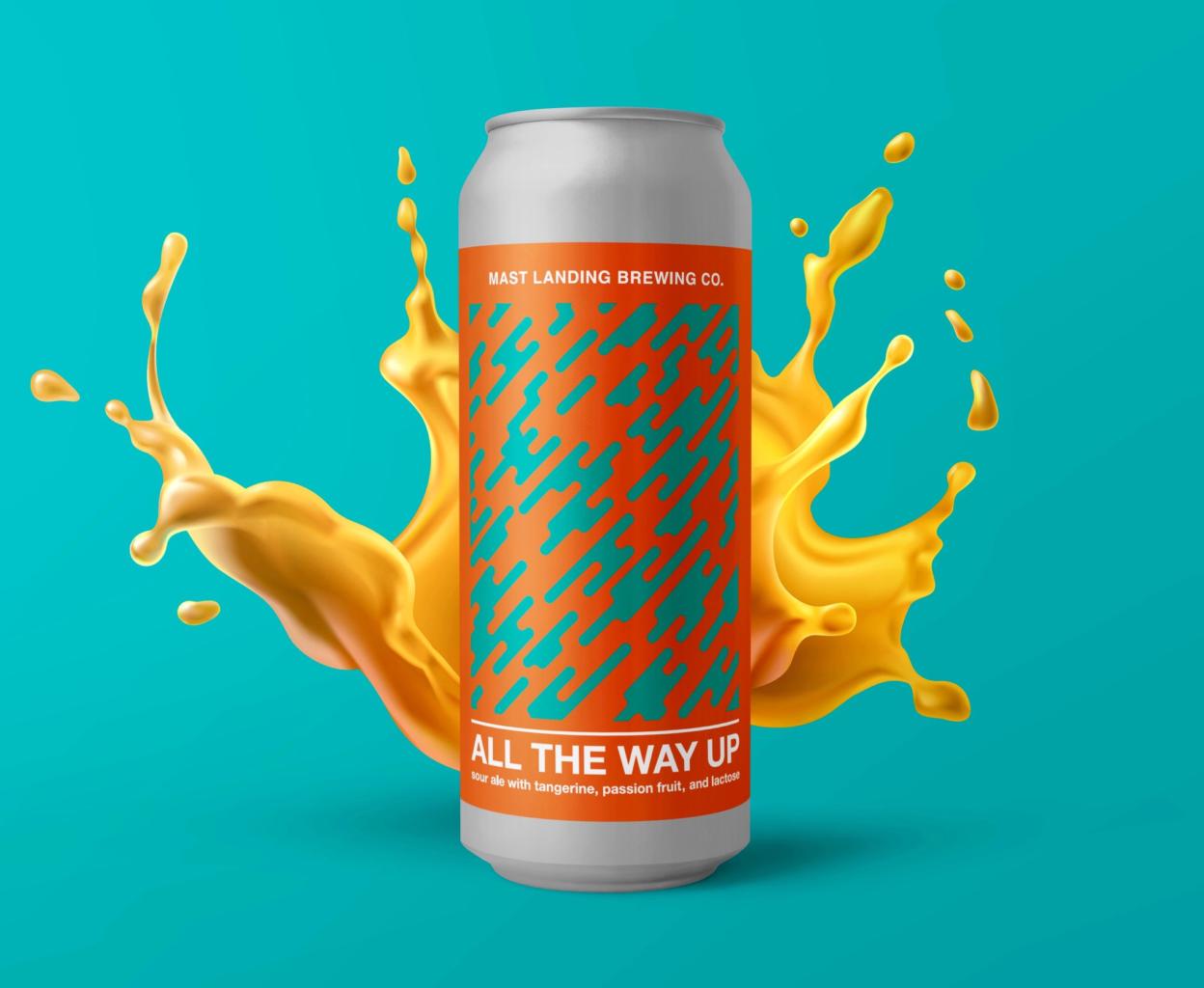 All the Way Up, Fruited Sour Ale with Passion Fruit, Tangerine, and Lactose (4.8%)

All the Way Up showcases the height of fruit expression. Brewed with passion fruit, tangerine, and lactose, this Sour Ale features bold, juicy citrus notes and mellow tropical sweetness. Sourness is subtle and balanced in this beer, reminiscent of a crisp, tangy bite of fresh tangerine. 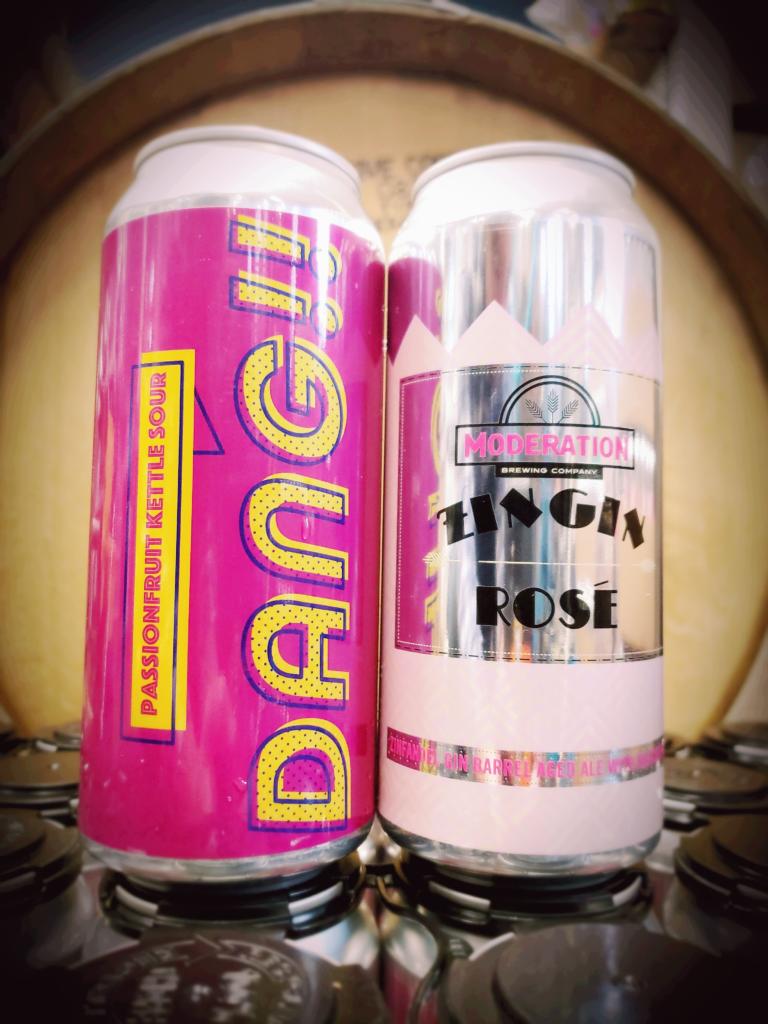 Zin Gin was rested on blackberries and aged in Zinfandel Gin barrels. Super deceptively drinkable fruit juice for the holidays. The Kettle Sour Dang! is back, this time with passionfruit. It features tons of tropical fruit and is crushably tart. 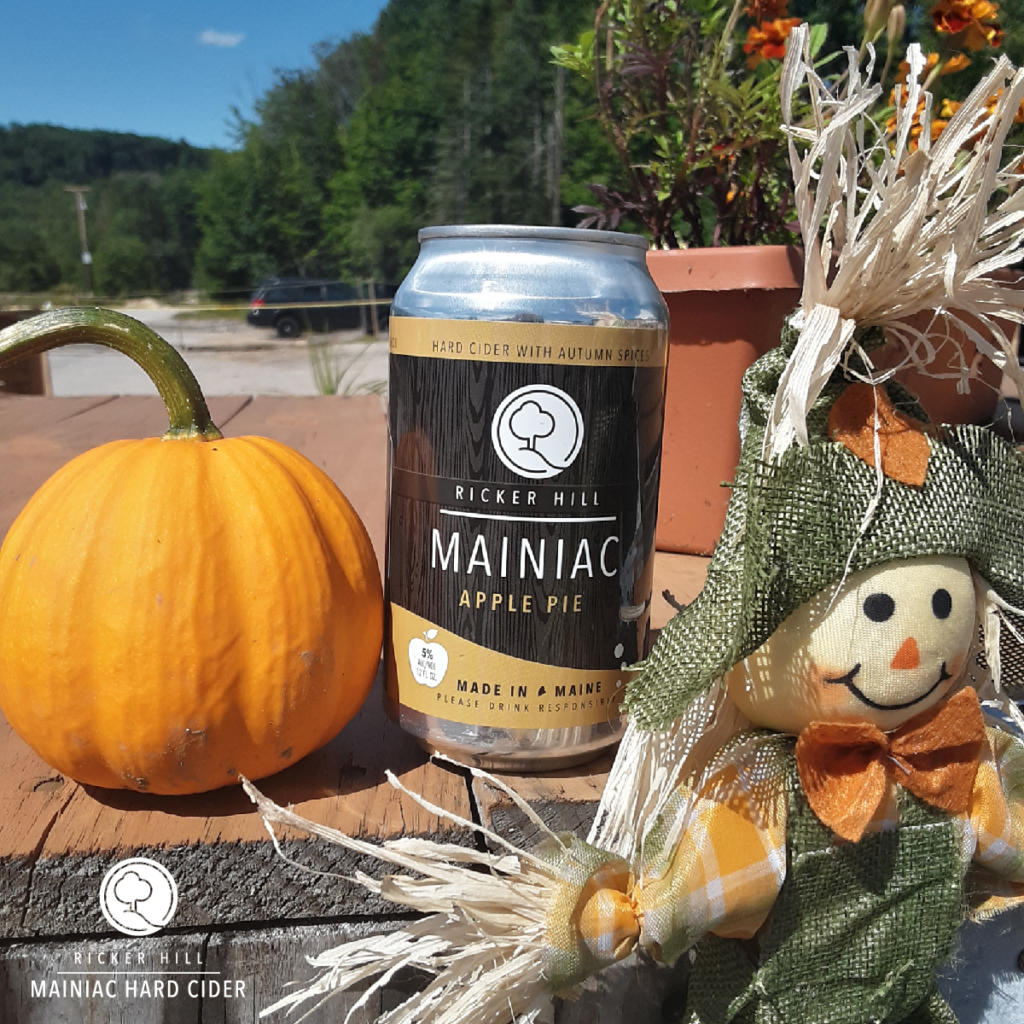 The folks at Ricker Hill asked their farm stand bakery for some help, and they offered up a spice blend too good to be true. The vanilla aroma beckons the nose while cinnamon, nutmeg, and allspice dance across the tongue. 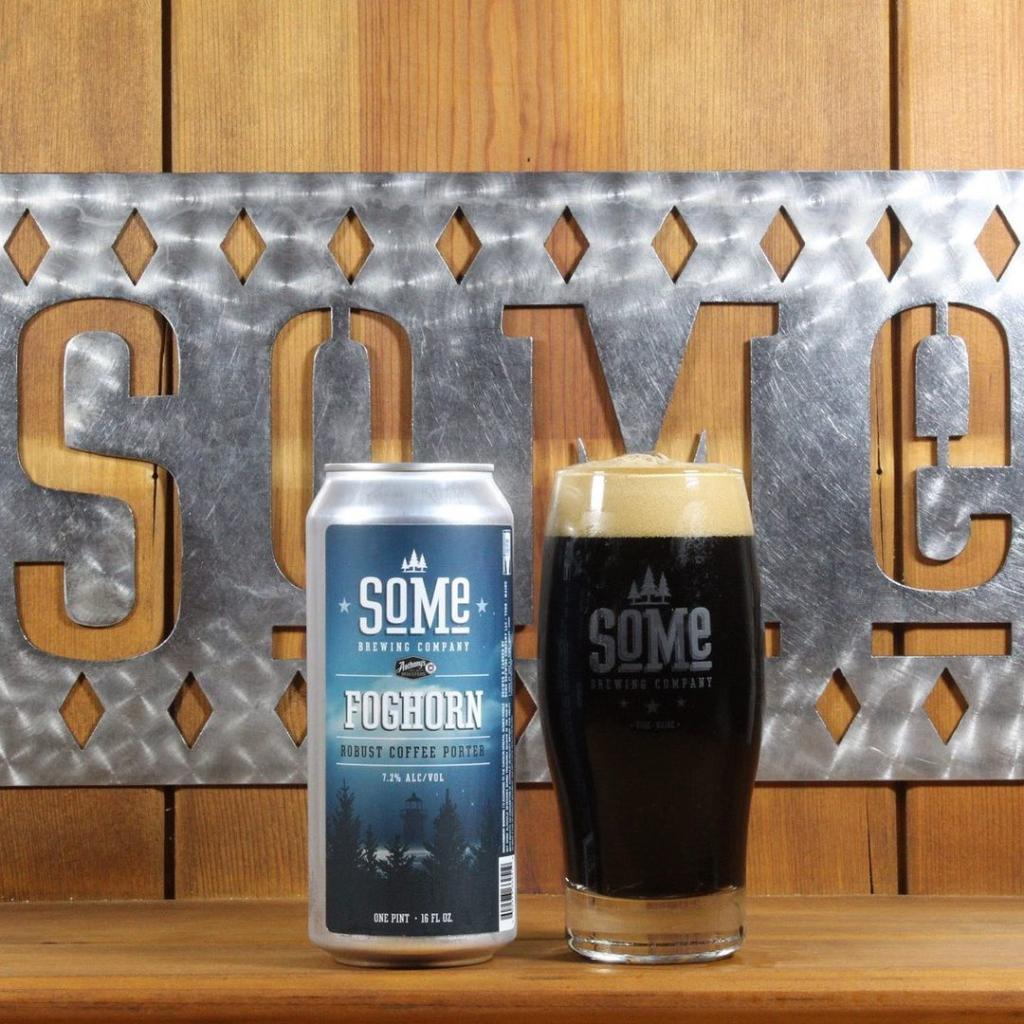 It was a busy week in Maine beer news, with profiles on Fogtown Brewing and Freedom’s Edge Cider Co., as well as a rundown of the best Maine brews to drink when the temps dip.

Here is this week’s Maine beer news you need to know.

Fogtown Brewing Co. opened in January 2018 as Ellsworth’s first brewery. In one year, they doubled their space and production, added local music, and began plans to open a second tasting room in downtown Bar Harbor

The best Maine beers to drink this winter

Being a state that knows a thing or two about winter, Maine breweries offer up a wide array of cold-weather beers.

Co-owners Andrew Kaplan and Ned Ervin are building a facility to boost production, but want to emphasize their cider’s Kennebec County roots.

Maine Beer Company is a small business that strives to serve as a model for how Maine’s business community can be part of the solution to climate change.

‘Live and Work in Maine’ is partnering with breweries statewide for its third annual “Boomerang Campaign” by giving out free merchandise with to-go orders.