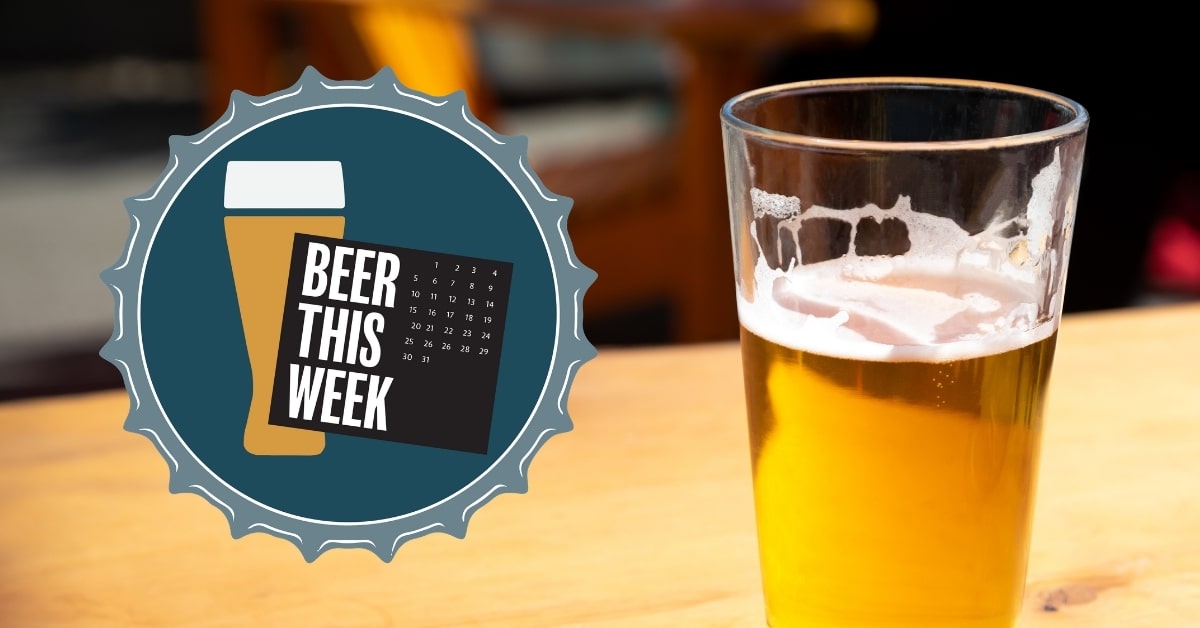 Have you recovered from the long weekend yet? We have to admit we’re still losing track of the days a bit. Luckily, we remembered in time to round up the latest beer releases and lovingly curate them all, just for you, dear readers.

If you’re a fan of IPAs, then you’re going to love this week’s upcoming releases. We’ve got IPAs dropping from Mast Landing (who are also opening up a brand-new location in Freeport!), SoMe Brewing, Flight Deck, and Maine Beer Company. Had it with hops? Don’t worry, there are also lots of other beers out this week, including a Gose, Blonde Ale, Amber Ale, a pair of Sours and more! 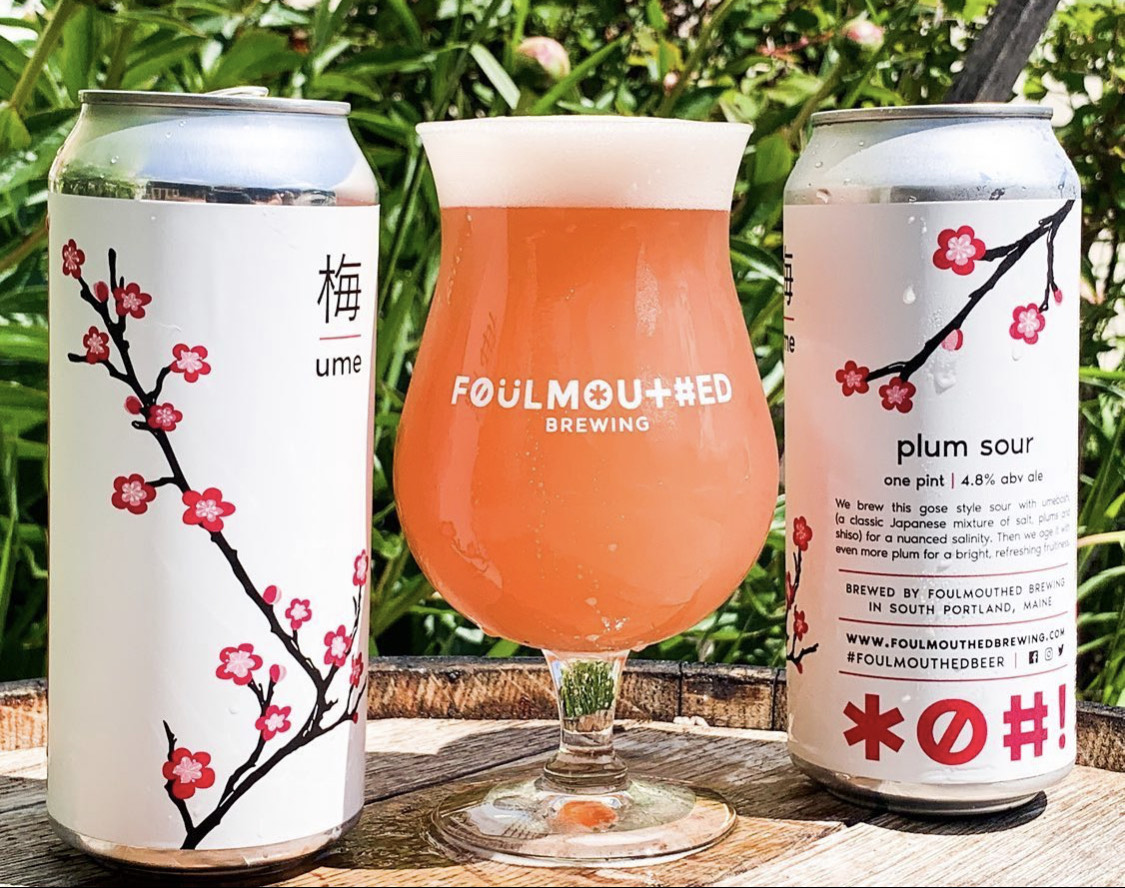 Local Beer (5.2%) is an American Blonde Ale with all local hops and malts; refreshing and delicious. 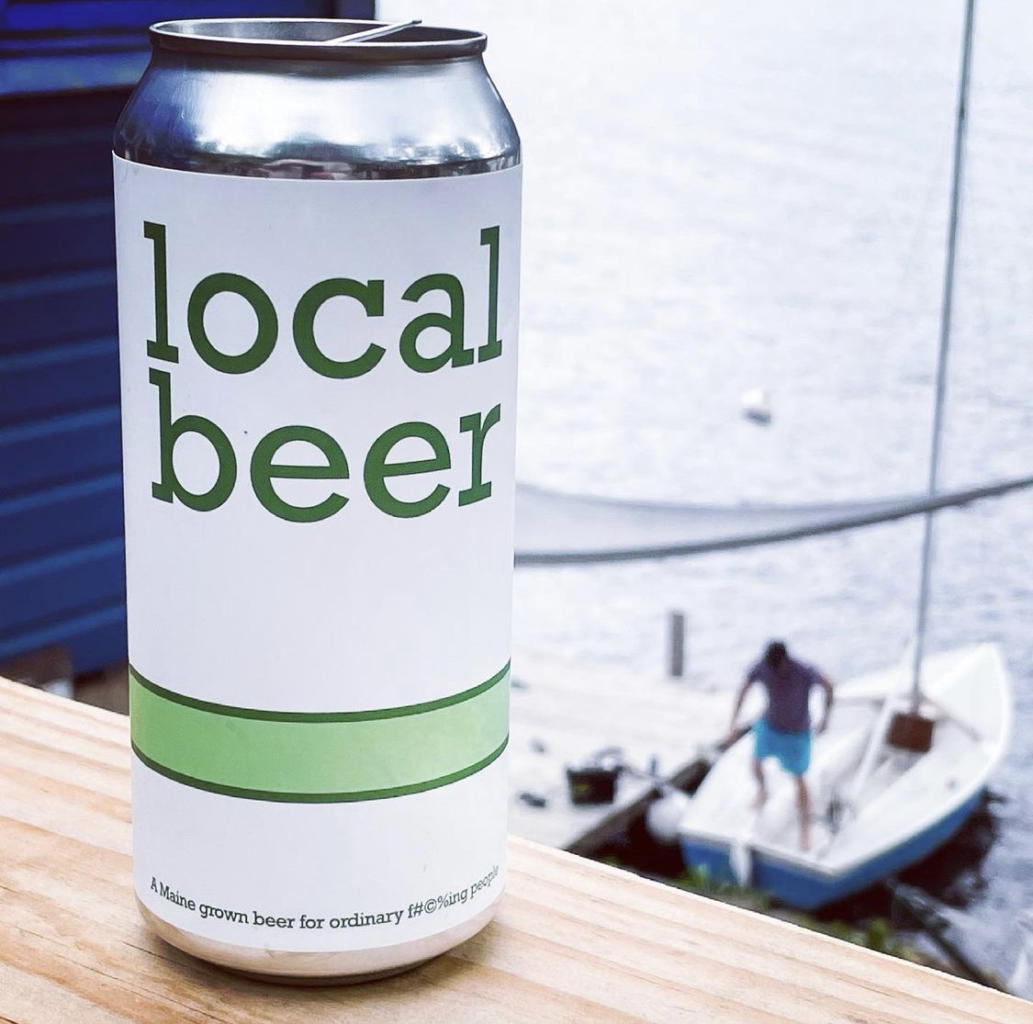 Limited Addition (4.8%) is a Pale Ale brewed with pink guava. It’s refreshing, tart (but not too tart), and easy-drinking. 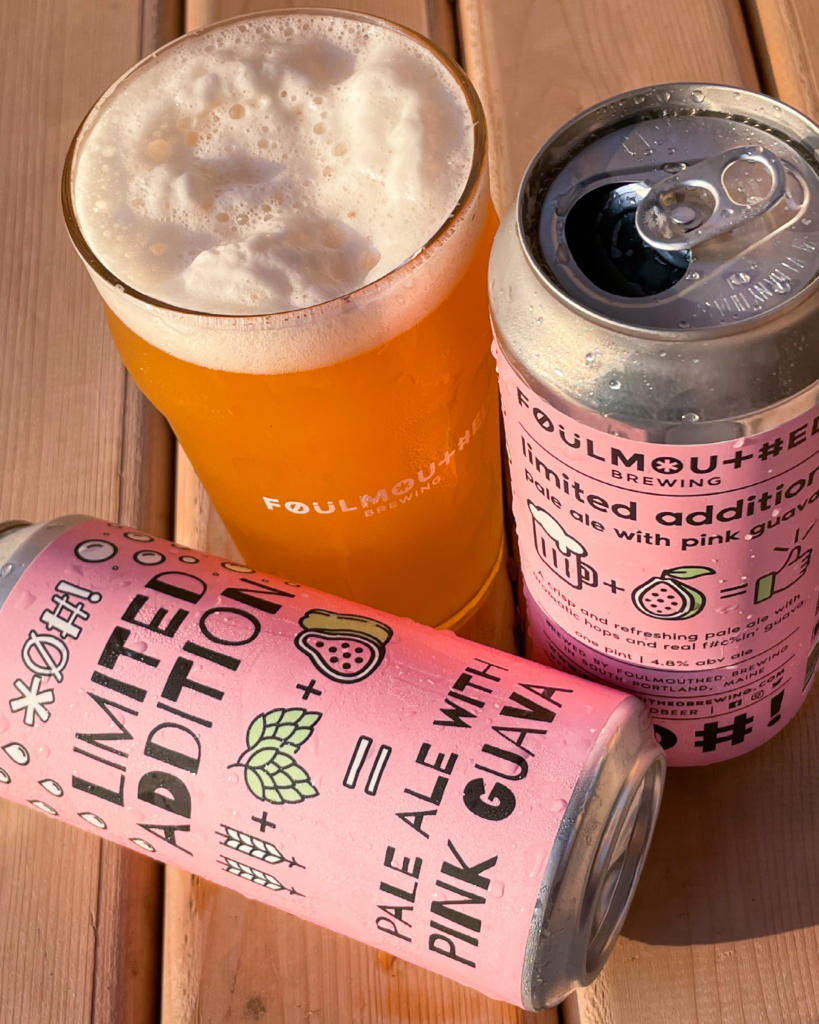 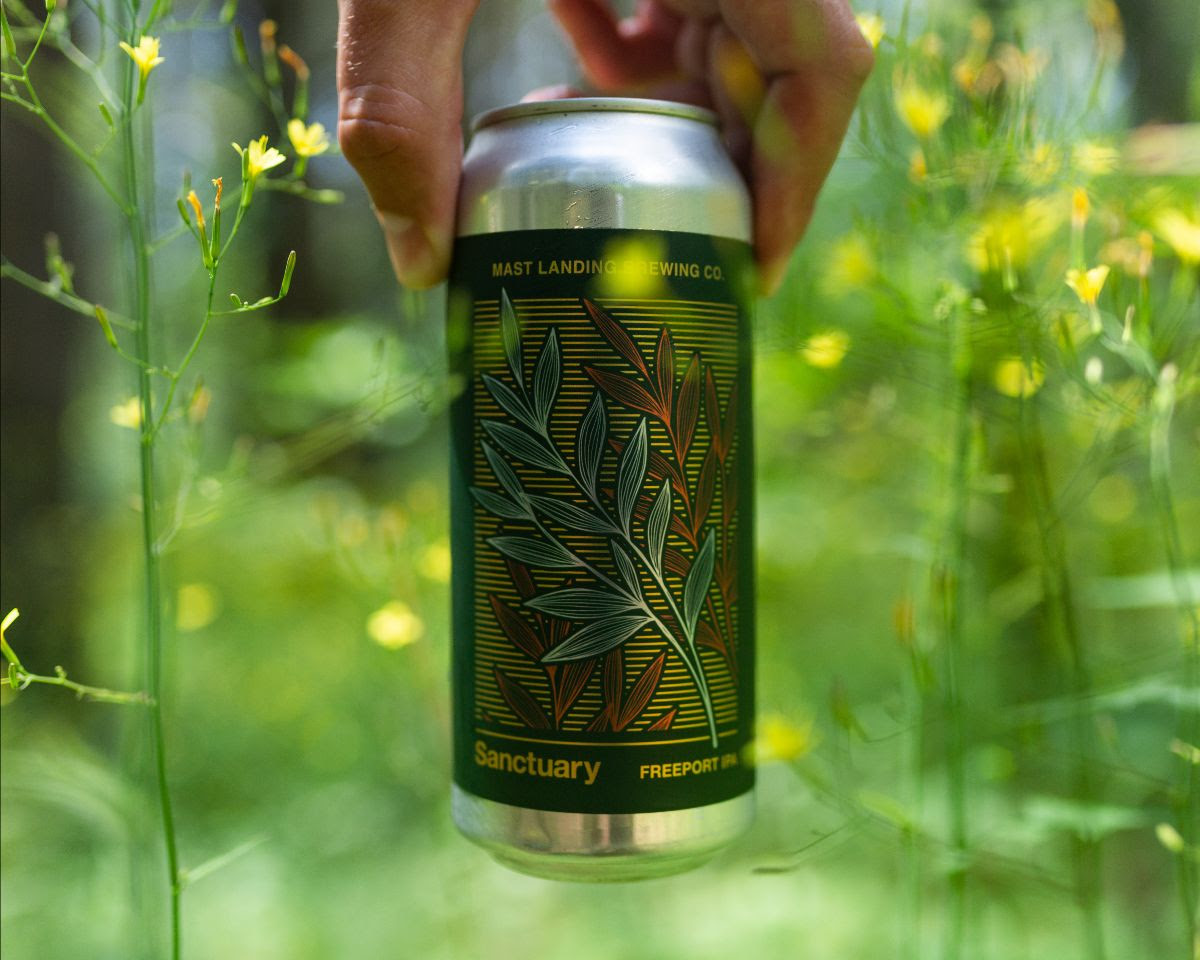 Sanctuary is brewed with Citra, Rakau, El Dorado, and Strata hops, which bring notes of pineapple, clementine, orange, lime, and red berries for a smooth, full body. A touch of bitterness brings the beer together and helps round out the big notes of citrus.

The latest edition of Mast Landing’s “From the Vault Series” revisits In the Zone, a single IPA, and doubles it up with Citra, Mosaic, and Rakau hops. This double dry-hopped Double IPA comes in at 8.1% ABV and is available at both the Westbrook location and Mast’s brand-new Freeport location starting today. 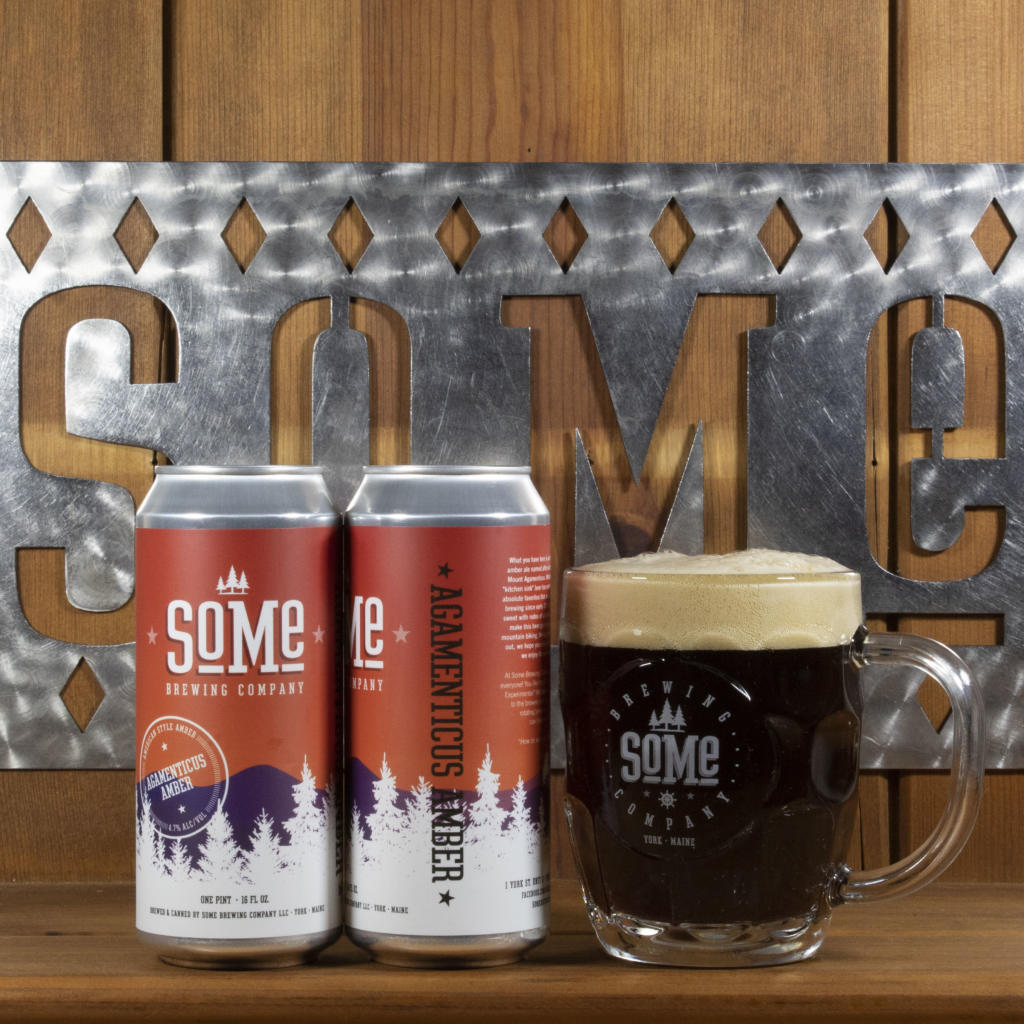 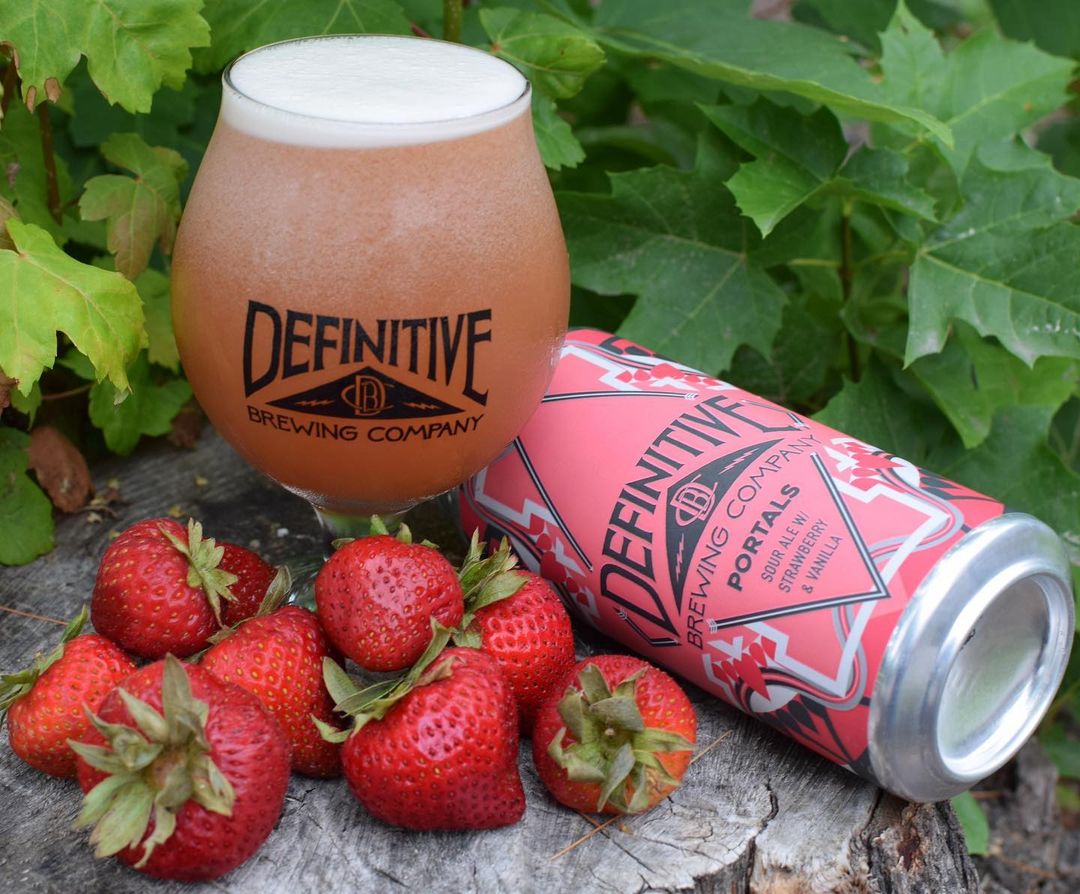 Portals: Strawberry is a fruited dream that tastes and smells like a tower of strawberry shortcake, freshly cracked vanilla beans, and strawberry fields forever. 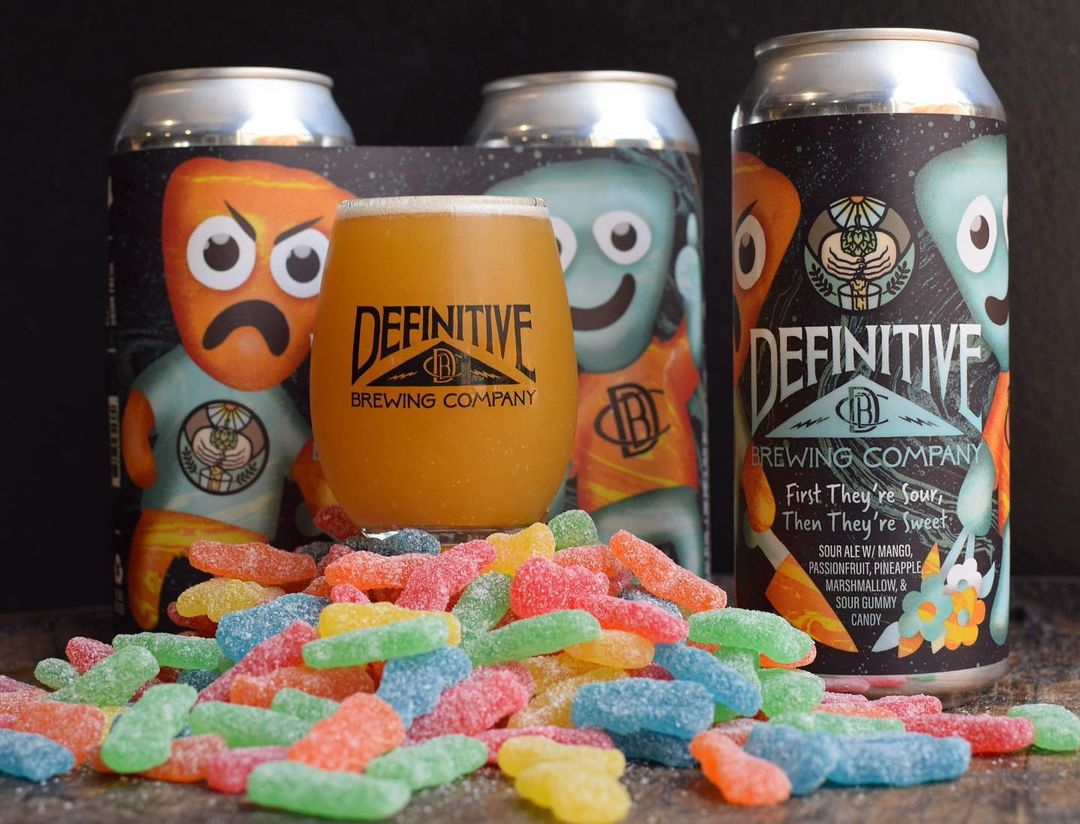 First They’re Sour, Then They’re Sweet is a Sour Ale inspired by the brewers’ favorite sour gummy candy. With the tasty additions of mango, passionfruit, pineapple and marshmallow, and brewed with loads of sour gummy candy, FTSTTS will bring you back to childhood car rides and movie theater snacks while satisfying all of your fruity cravings. Both are available Friday in Portland, Saturday in Kittery.

Flight Deck’s latest iteration of Change of Course, their ever-changing IPA, is a session IPA clocking in at 4.8% ABV. It was dry-hopped with two New Zealand varietals, Moutere and Wai-iti, which offer floral and lime notes and a slight grassiness.

Another One is brewed with Cascade, Citra, and Simcoe hops, giving it aromas of pineapple, mango, and guava.

Release Date Not Stated (but coming at ‘ya soon!) 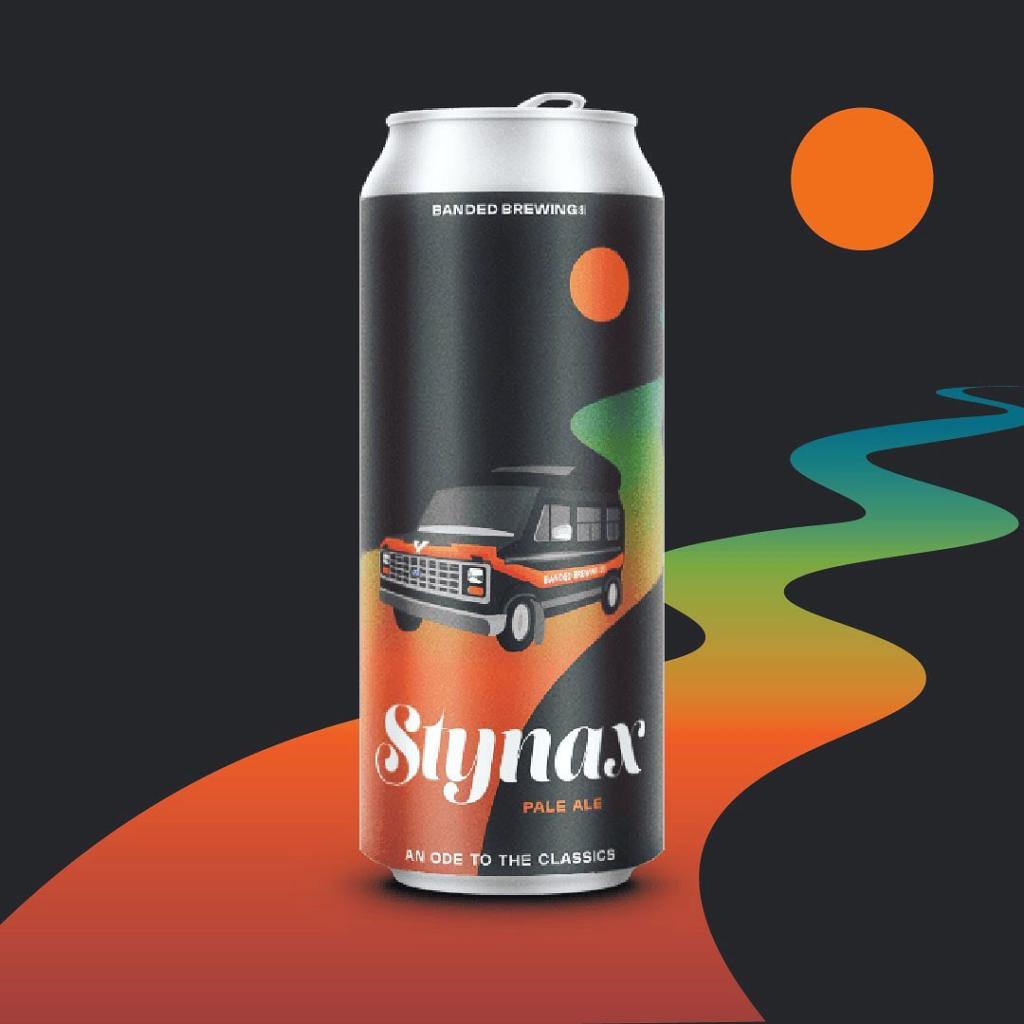 Stynax is a West Coast Pale Ale single hopped with Amarillo and has the perfect balance of bitterness and crystal malt sweetness. The hops are citrusy and piney, but subtle. A light juiciness plays well with gentle notes of honey and caramel from the malts. This beer is big on two things: balance and crushability. An ode to the classics, Stynax is a nod to both the classic West Coast Pale Ale and Banded Brewing’s beloved Ford Econoline, “Stynax.” 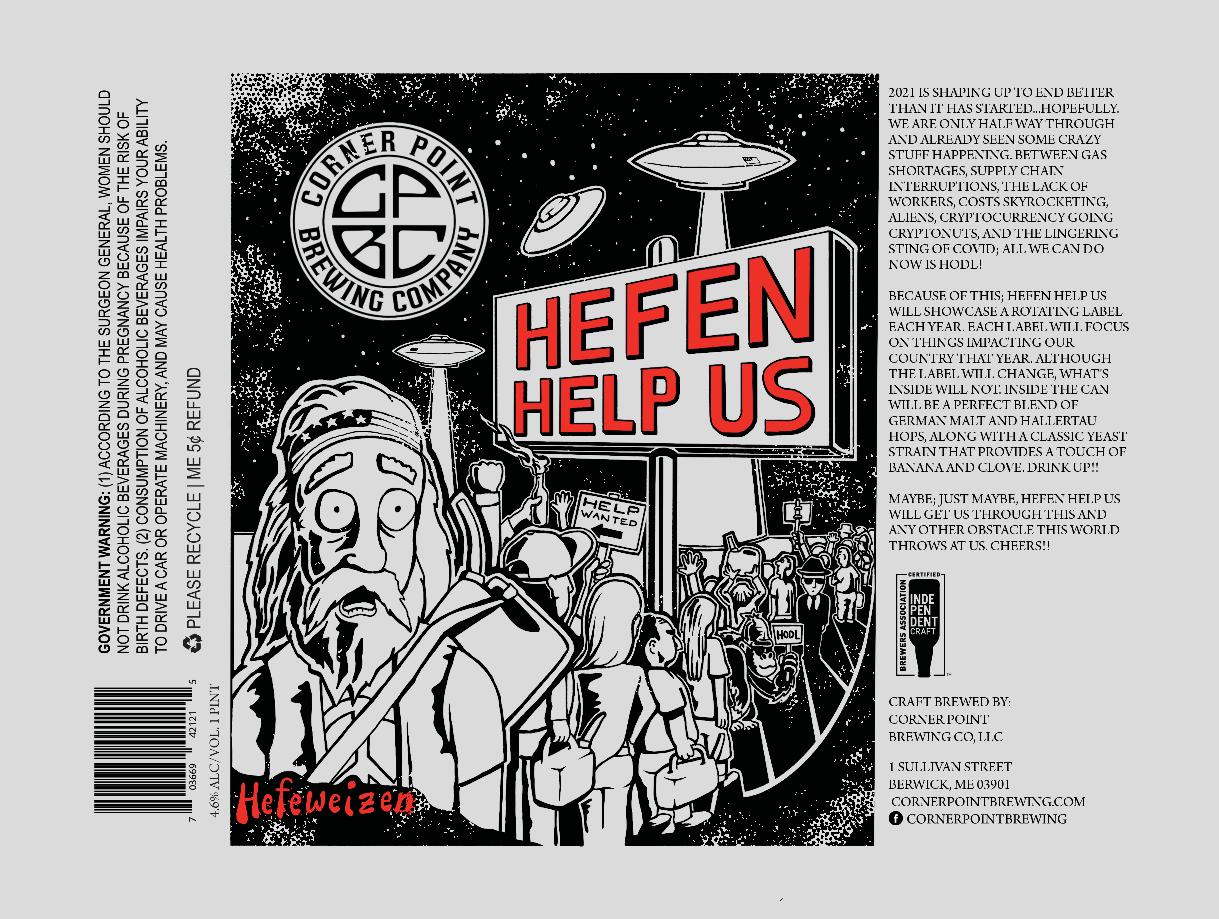 Hefen Help Us is part of Corner Point’s rotating label series. Each year the label changes to depict current events. From what we can spot, this year’s edition gives nods to the shortage of workers and gas, and the abundance of UFOs that keep punkin’ us. Although the label changes, what’s inside doesn’t. Each can provides a perfect blend of German malt and Hallertau hops, along with a classic yeast strain that provides a touch of banana and clove.

We didn’t receive a description for Wick City Lager, but we’ll just assume it’s wick-ed awesome. Did you see what we did there?

There’s a little something for everyone this week, including a Porter, Pastry Sour, Lager, Scottish Session Ale, and lots o’ IPAs. Drink up! 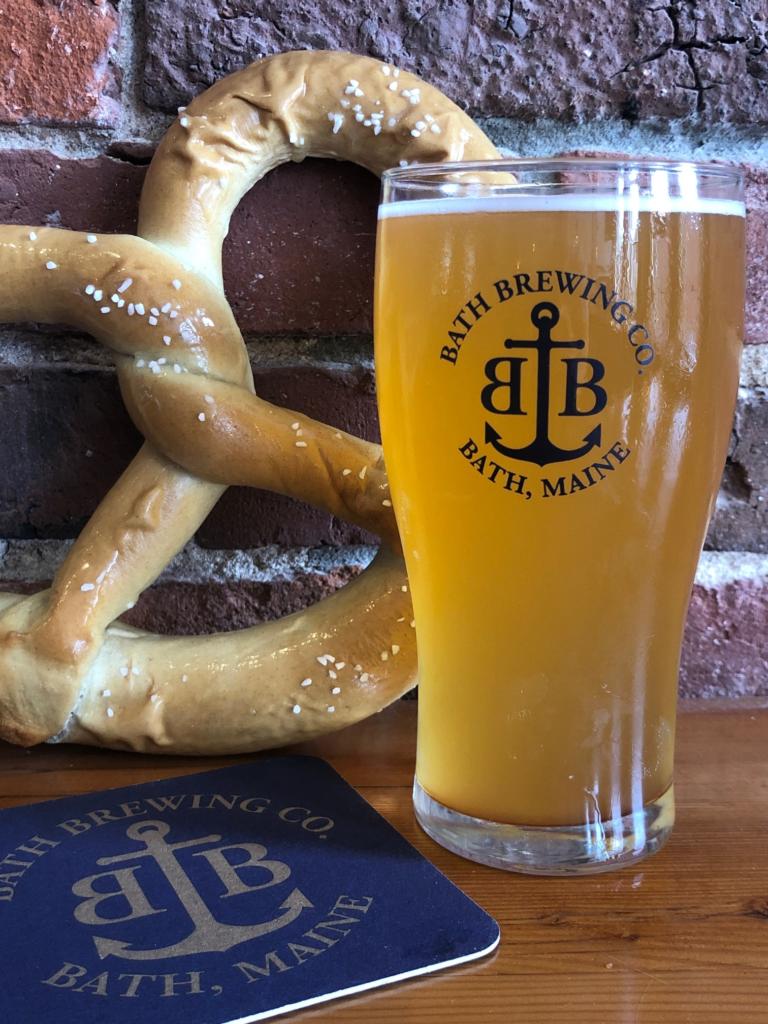 A crisp brew with characteristics of banana and clove and comes in at 5.5% ABV! It’s light and perfect for a summer day. Now on tap. 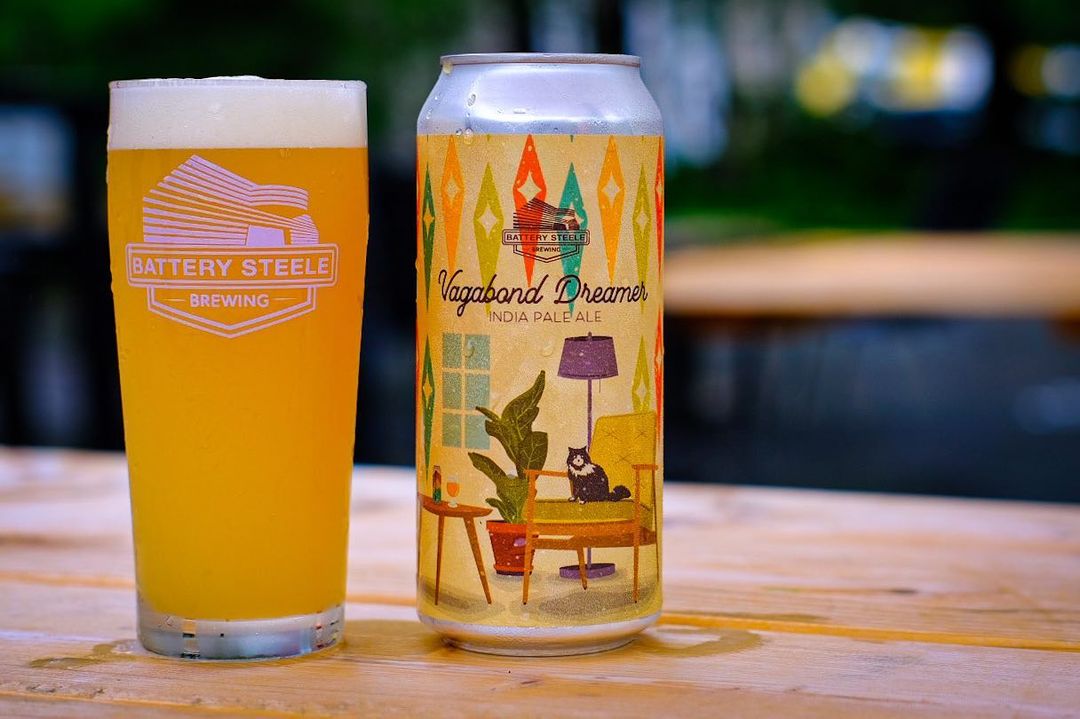 Excessively hopped with Vic Secret and Citra, this beer is oozing with notes of melon, stone fruit, and berries, and gives way to a resinous, deep citrus finish. 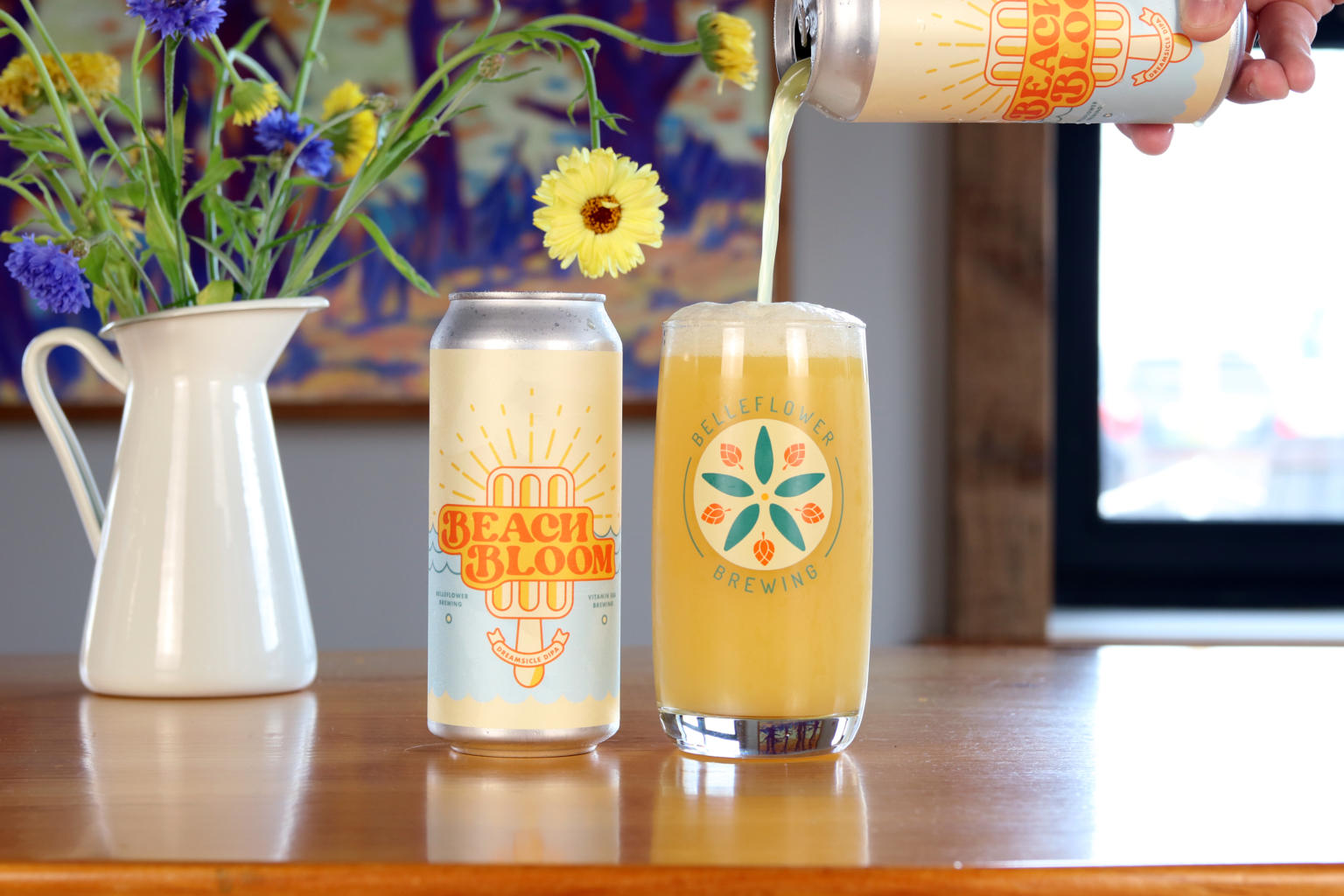 Beach Bloom is a Dreamsicle Double IPA that was brewed in collaboration with Vitamin Sea Brewing. It contains orange zest, tangerine, and Madagascar vanilla from Mad Spice Company. Beach Bloom pours golden orange with massive amounts of tangerine and vanilla in the aroma. The first sip brings gobs of sweet orange-y goodness that is softened by luscious amounts of vanilla, and rounded out by a 100% Motueka dry hop addition. This is pretty much the perfect brunch OR beach beer. 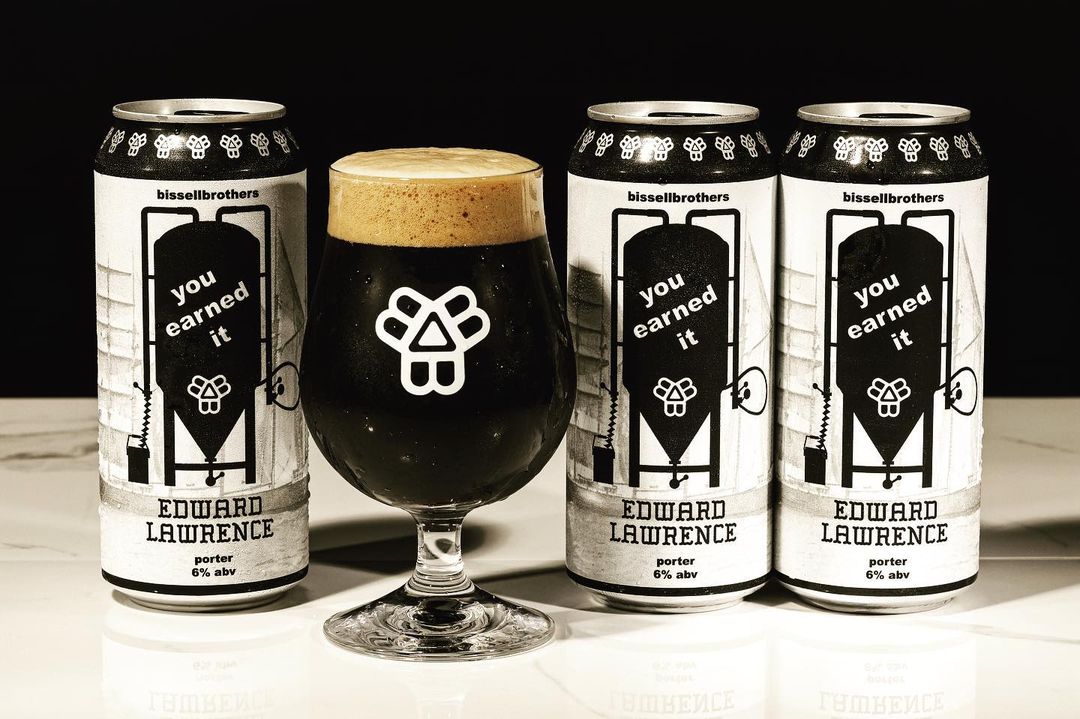 Edward Lawrence is named after a six-masted schooner that went down in Casco Bay in the 1920s. The resulting beer is well-balanced and easy to drink, but doesn’t compromise on the roasty richness of a traditional Porter. Part of the “You Earned It” program in which Bissell team members take turns brewing a small batch of beer on the pilot system, a portion of the sales from draft pours and cans sold of Edward Lawrence will be donated to the Dempsey Center. 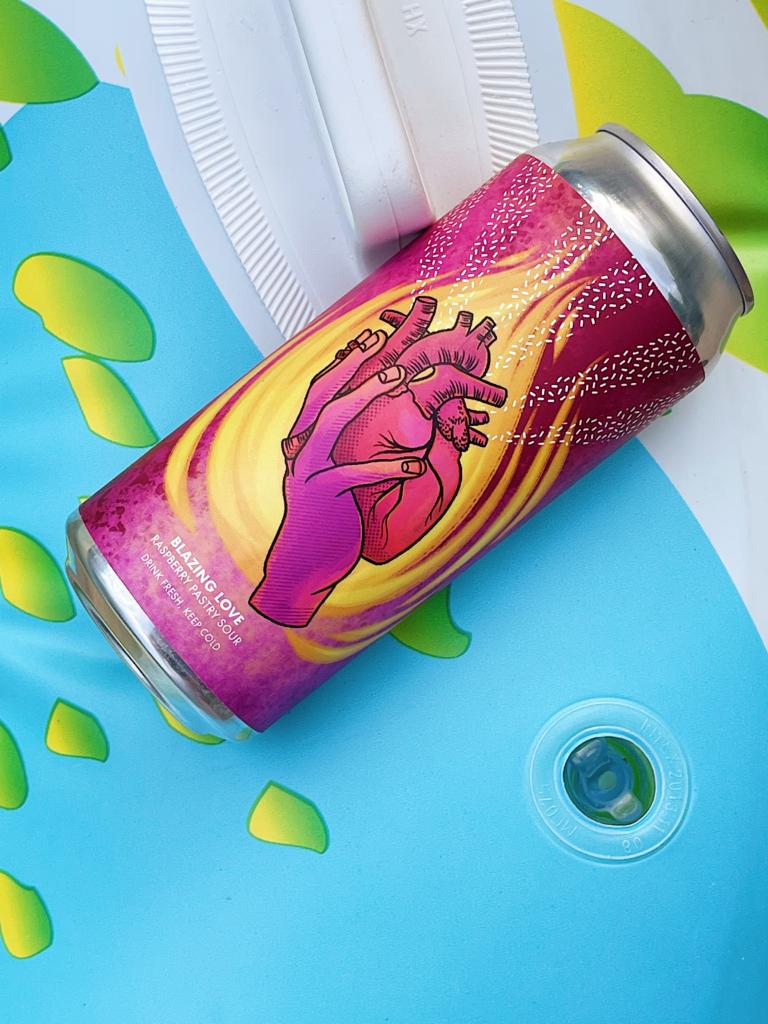 Blazing Love is a collaboration with Branch and Blade Brewing conditioned on raspberry, vanilla, cinnamon, and marshmallows. It smells and tastes like raspberry pie. 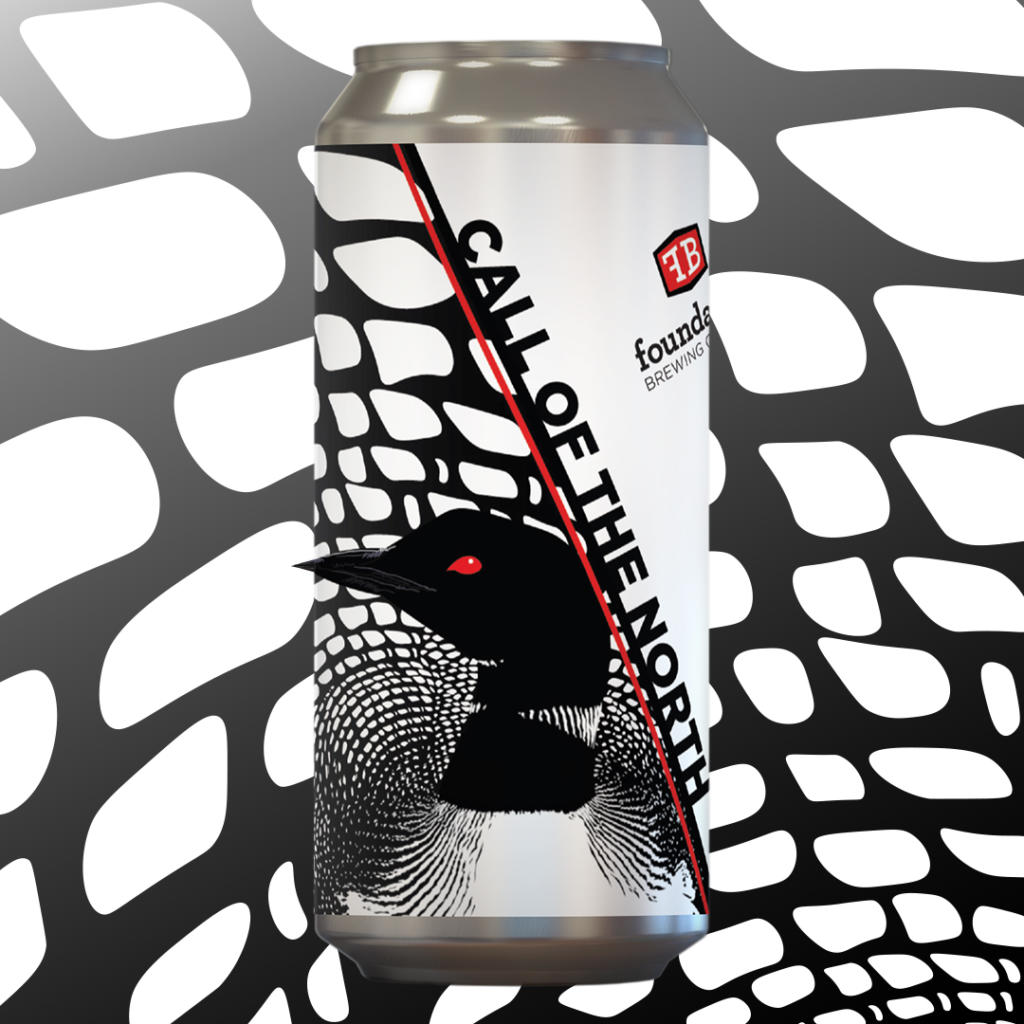 Call of the North is a New England IPA named for the loon’s iconic cry over the lake waters of our home state of Maine. Call of the North features El Dorado and Vic Secret hops, for big berry blast and bright citrus notes, rounded out by the signature Aussie dankness from Vic Secret that we all love. At 6.6% ABV, this one’s majorly crushable — just the thing for long, lazy days soaking up the natural beauty of Maine.

By combining three different hop varieties from three separate continents, Gritty’s created a hop-forward beer with a solid malt backbone. Intense flavors of marmalade, graham cracker, and pine can be found partying inside ever glass of this delicious Session IPA. 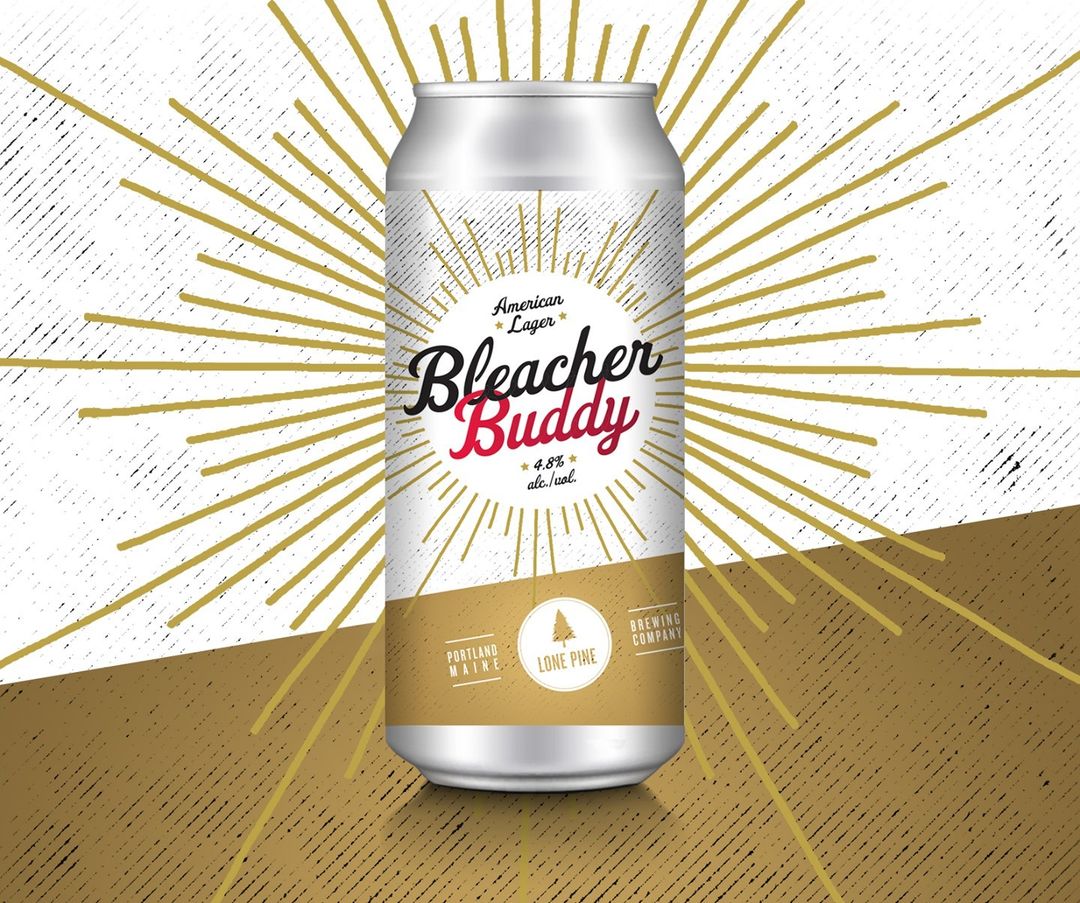 From the front row back to the nose bleeds, Bleacher Buddy American Lager has got you covered regardless of the number on your ticket or the patch on your jersey. Elegant, faded gold with a slight haziness and medium density, the newest of Lone Pine’s American Lagers carries aromas of cracked wheat, bread crust, crackers, and mild floral spice. Flavors of wheat thins, mild lemon, and cornflakes are complemented by a gentle carbonation, soft bitterness, and a crisp, clean finish that make Bleacher Buddy an exceptional game-time companion. 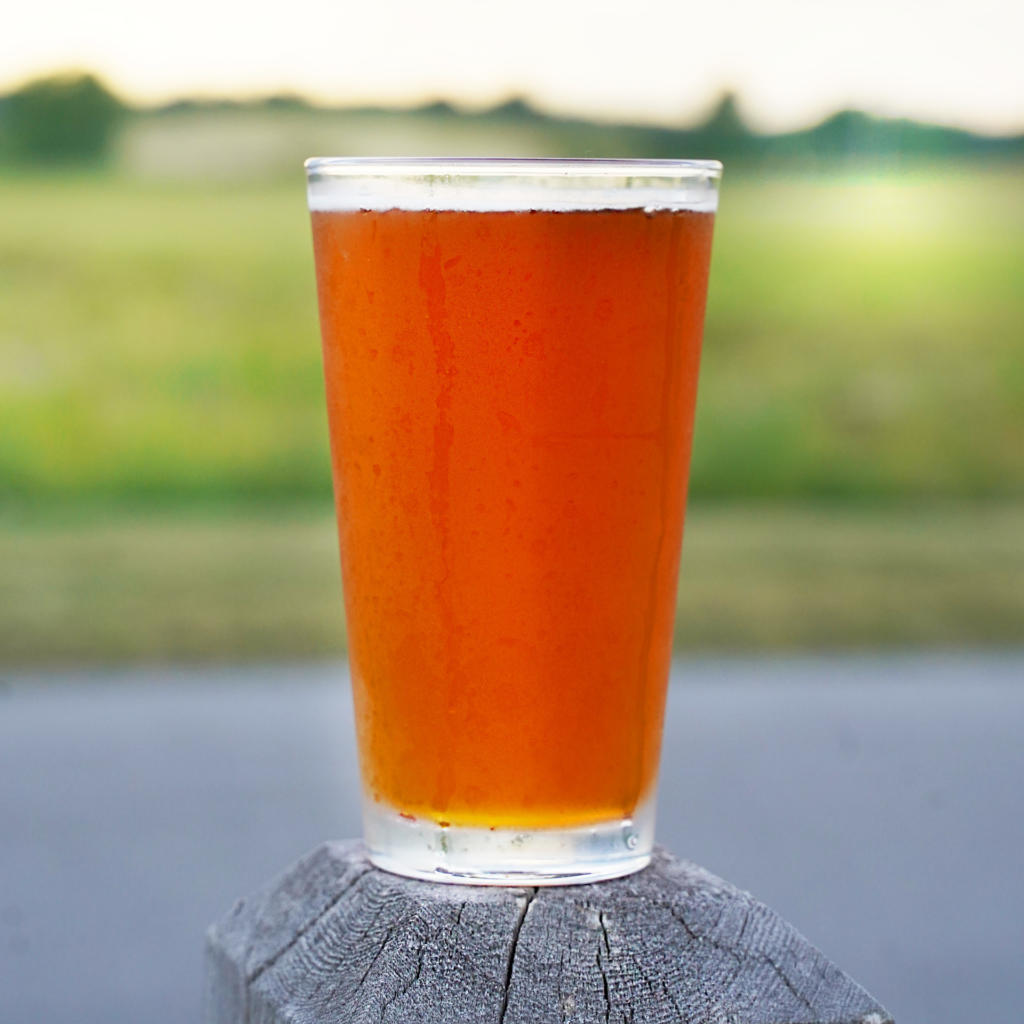 Fell & Found is a small-batch rustic Session Ale made with Vollkombrot (aka rye bread) and cascara (dried coffee fruit skins). The process for making this beer involves a traditional technique that incorporates leftover bread into the mash — in this case, traditional German brown rye — which gives it bready aromas while increasing the body and fermentability of the beer. After the boil, the wort was steeped with cascara, giving the rustic session ale its distinctive ruby color and herbal characteristics. Brewed with Cascade, Hallertau Blanc, and Tettnang hops, Fell & Found has a quenching mouthfeel and nuanced flavors like berry, Rainier cherry, and Sauvignon Blanc, as well as unique floral and herbal tea aromas. Fell & Found is currently available on draft (and in howlers and growlers) at the Tasting Room in Gorham and the Kennebunk brewpub.

Chef Christian Noe, “Nighthawk,” will serve the brew pub’s customers from a food truck before moving to the second floor of the establishment at Freeport Crossing.

With Maine Beer Co., Gritty McDuff’s Brew Pub and Stars & Stripes Brewing Co. already in place on the U.S. Route 1 corridor and Brickyard Hollow downtown, there will be two newcomers.

Check out our guide for the perfect weekend in #PortlandMaine, live music, specialty beers, and even something for your pups to do!

LIVE Music, Outdoor Events, and Special Performances going on in Portland, Maine during the weekend of September 17th, 18th and 19th