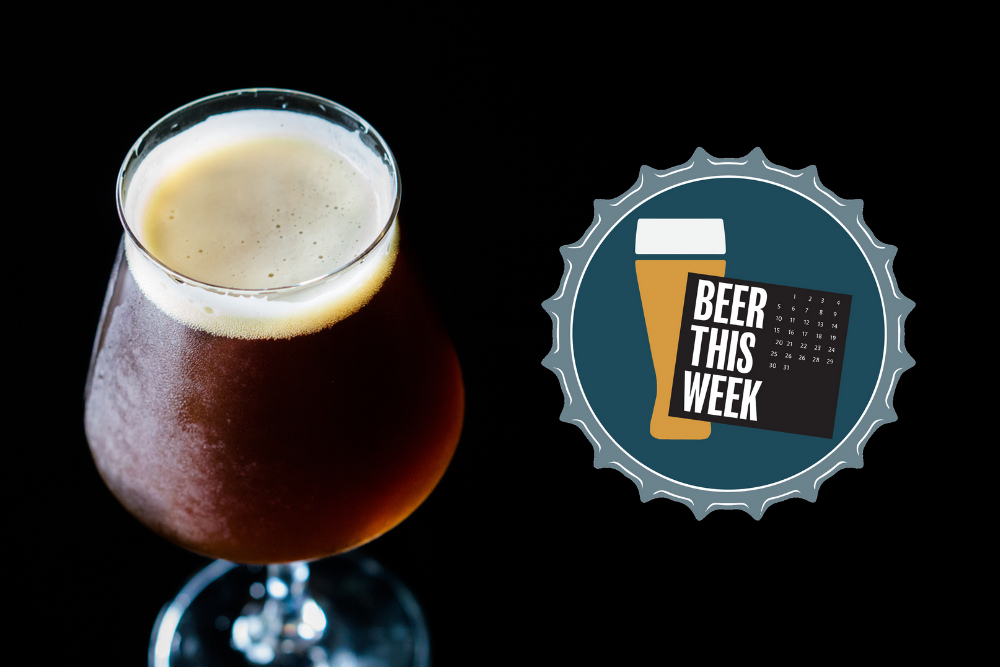 The state is continuing to cautiously re-open and we. are. here. for. it! Between soon being able to spend time indoors at many of our favorite drinking spots, maple-flavored beers in this week’s newsletter, and a taste of warmer weather, you might say we’ve got a “spring” in our step.

There are some tasty treats heading your way this week, our friends. Definitive Brewing is dropping an Imperial Pastry Sour that mimics the flavors of a passionfruit raspberry layer cake, Airline Brewing Company is pouring a White Stout (now green!) with coffee and chocolate notes, and Blaze Brewing Co. is hyping an IPA that boasts hints of Starburst (pink, to be precise). 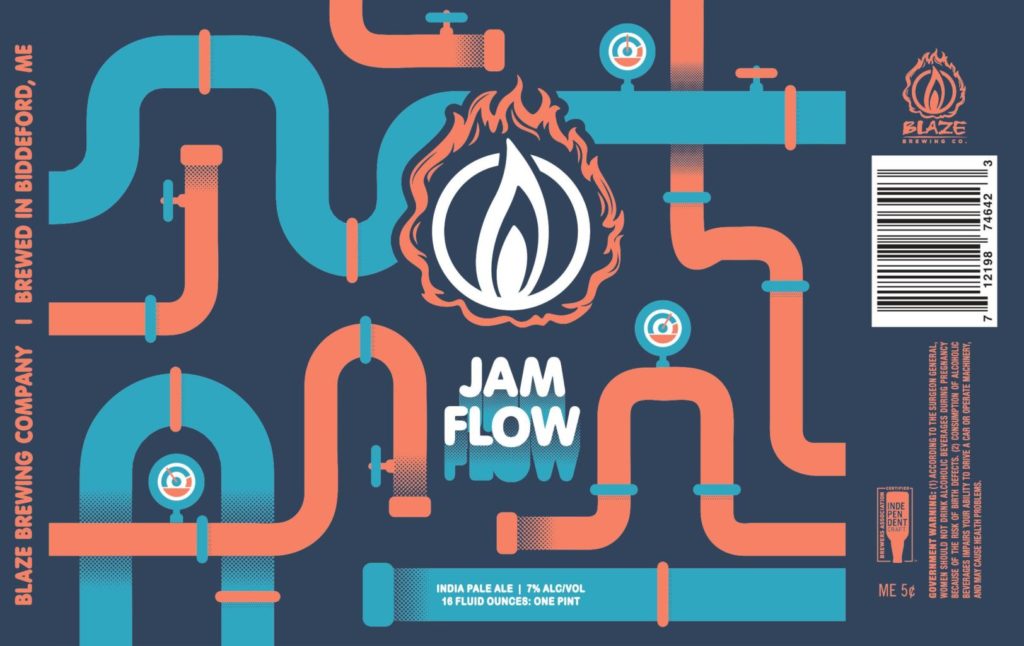 Jam Flow is brewed with a wheat-heavy grist and then dry-hopped excessively with Amarillo and Mosaic. This combination yielded an incredibly juicy, bright, and soft beer. Jam Flow smells and tastes like fleshy orange, ripe mango, and pink Starburst. 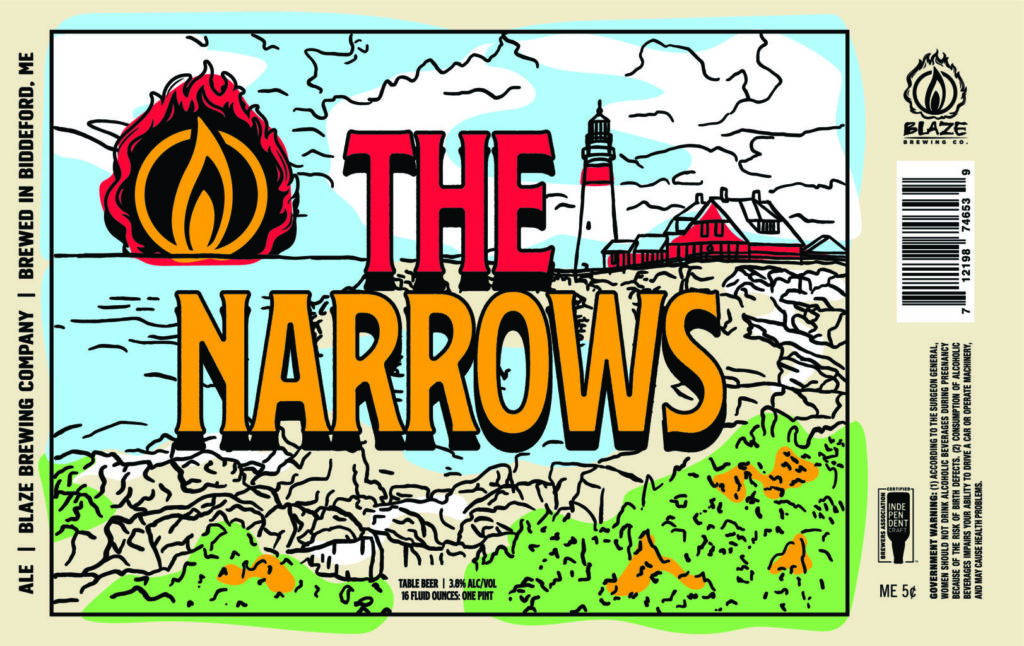 The Narrows got its moniker from a shared name of an island in Camden and a lake near Blaze Brewing’s location in Dover-Foxcroft. It’s carefully brewed with wheat, oats, and barley. The Narrows smells and tastes like country bread, Earl Grey tea, and freshly toasted oats.

After conditioning for the past year, this specialty Belgian Dark beer is finally ready to join Ambition Brewing’s tap lineup. Swing by and grab a pint, as well as some Mediterranean street food from the White Fox Taverna food truck, which will be at Ambition from 2-7 p.m. 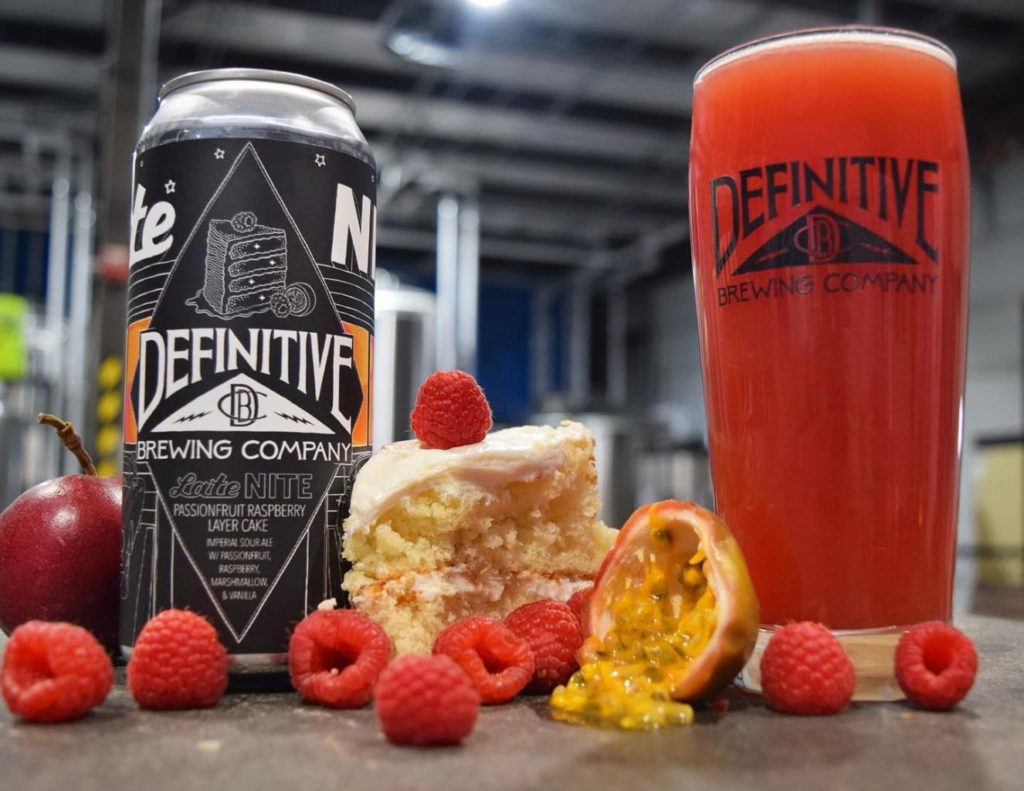 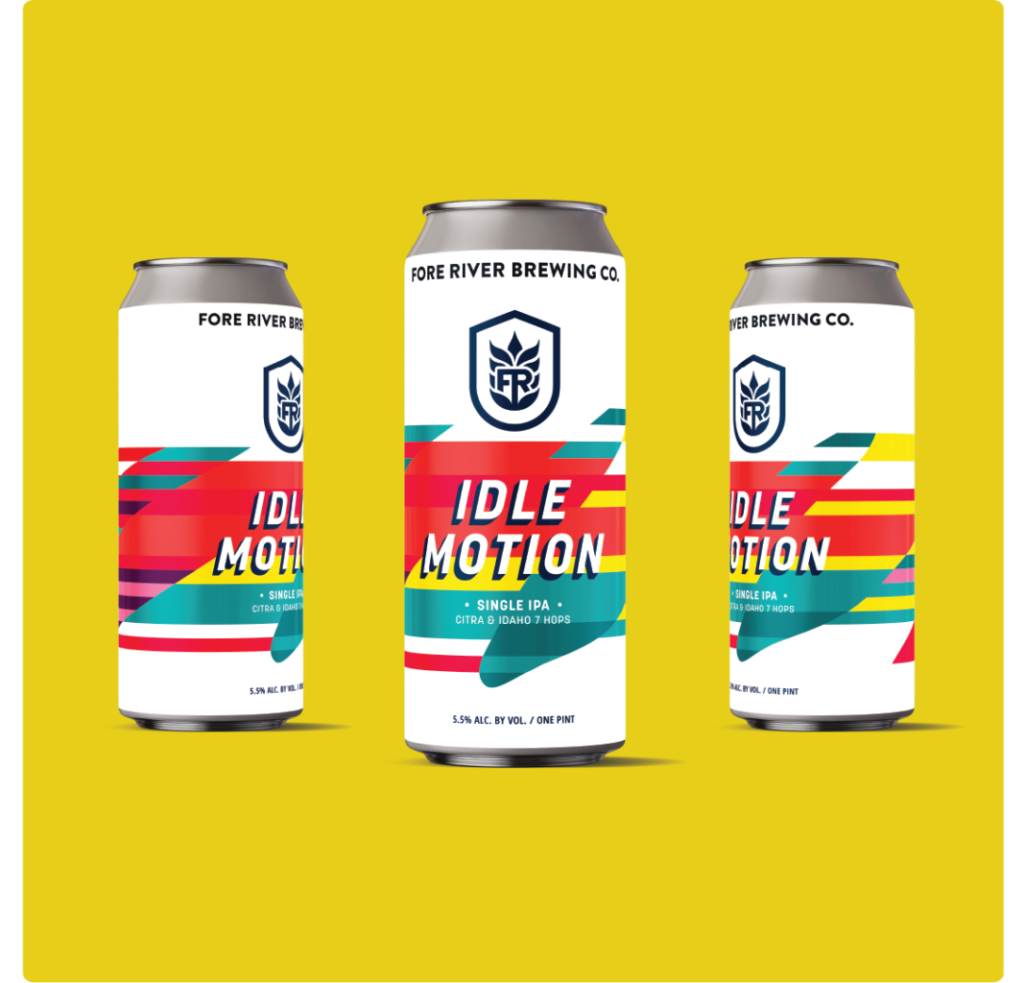 Idle Motion is a single IPA brewed with Citra and Idaho 7 hops. Bold aromas of mangos, pineapples, and peaches are perfectly paired with the smooth and soft flavor profiles of citrus and black tea.

Maine Beer Company’s Black Barn Program is about being creative, learning, and challenging their team to brew the highest-quality beer. The beer goes through extensive lab testing and a robust sensory program in order to comply with their belief in quality over quantity. Black Barn Program No. 19 IPA features experimental hops HBC 630, HBC 692, as well as Talus hops. 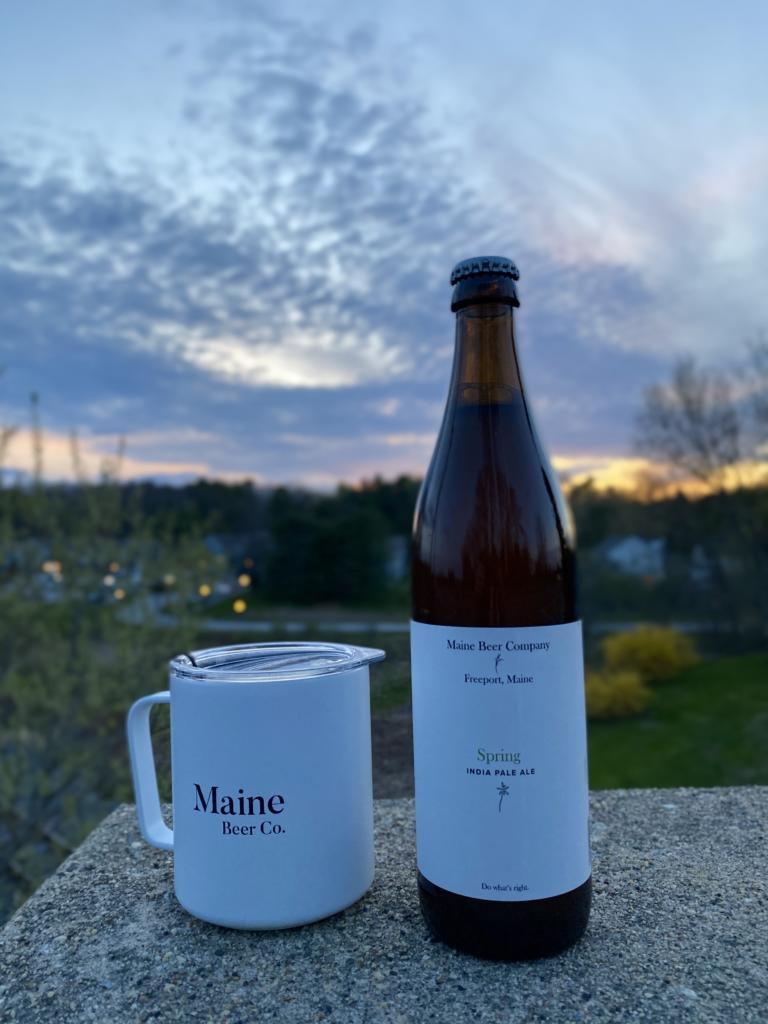 Spring is Maine Beer Company’s take on an American IPA tailored for days when we start looking forward to warmer weather. It blends iconic American hops with new varietals. It features aromas of upfront citrus and dried apricot followed by pine and floral notes. Enjoy this beer fresh, but especially around the vernal equinox. 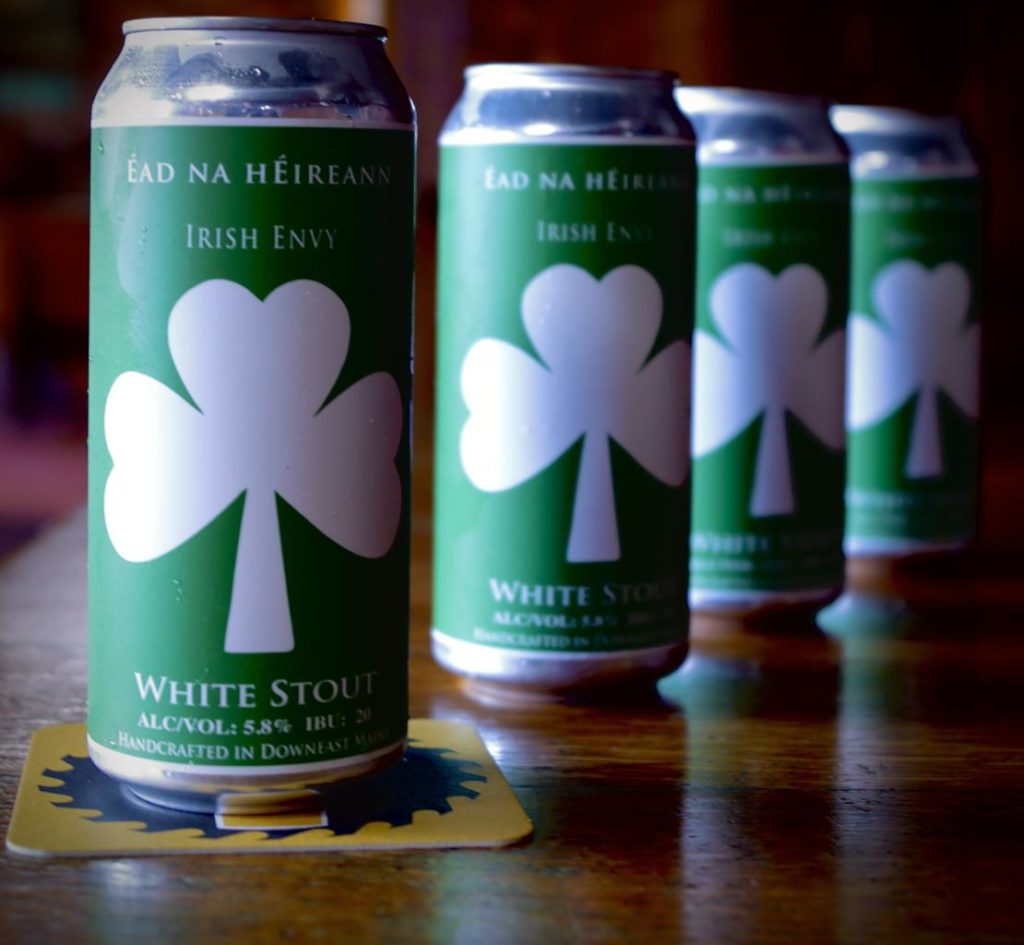 This handcrafted White Stout (turned green for St. Patrick’s Day) has a light body and moderate carbonation for easy drinking, with just enough coffee and chocolate notes to make this pleasant on the palate. 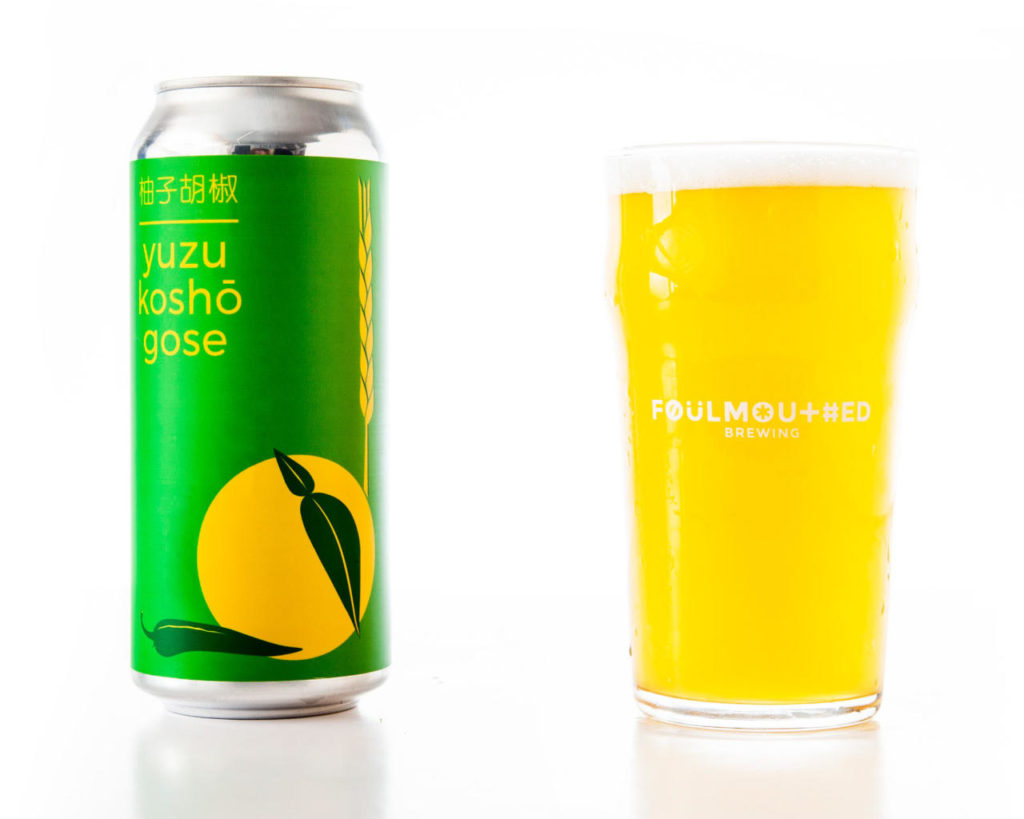 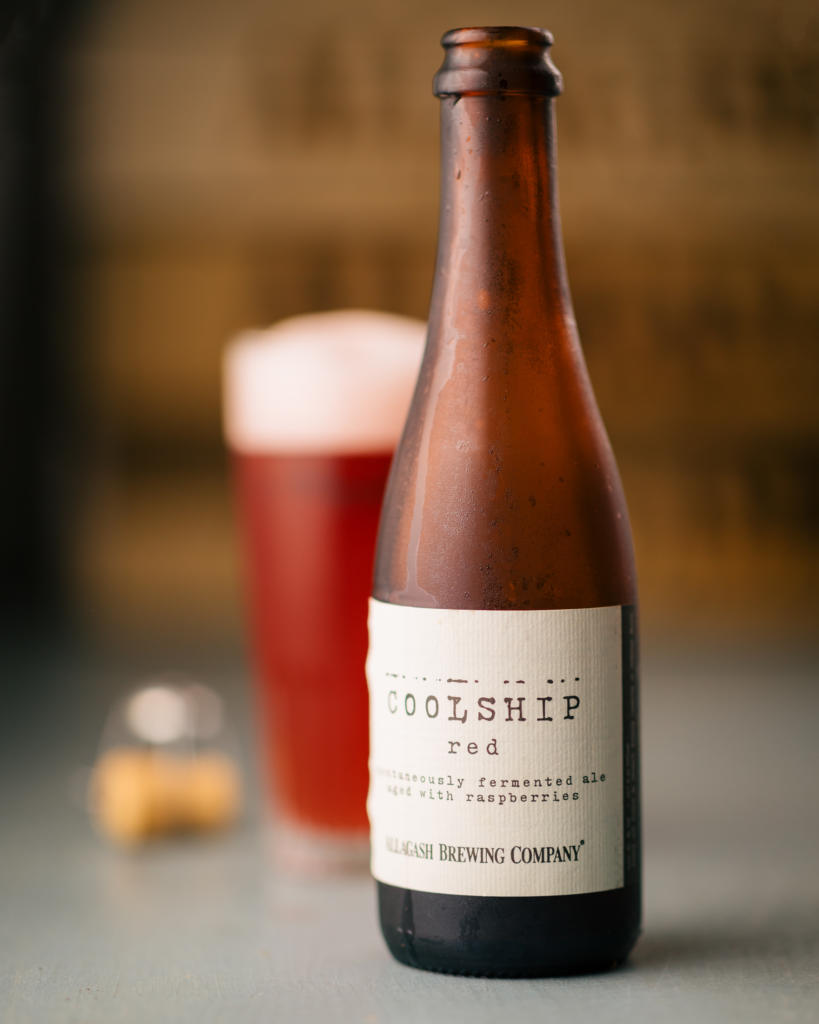 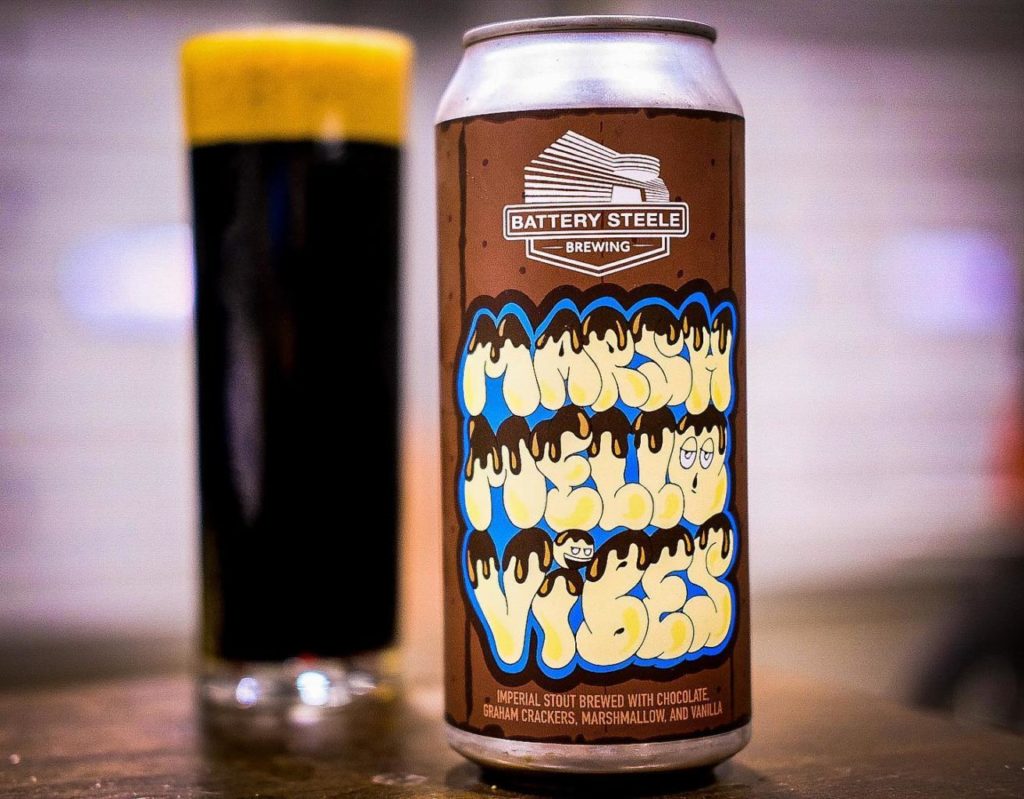 Marsh Mello Vibes is brewed with marshmallows and graham crackers, then conditioned on chocolate and Ugandan vanilla beans. This rich and decadent Stout oozes with all the flavors you’d expect from your favorite campfire companion. 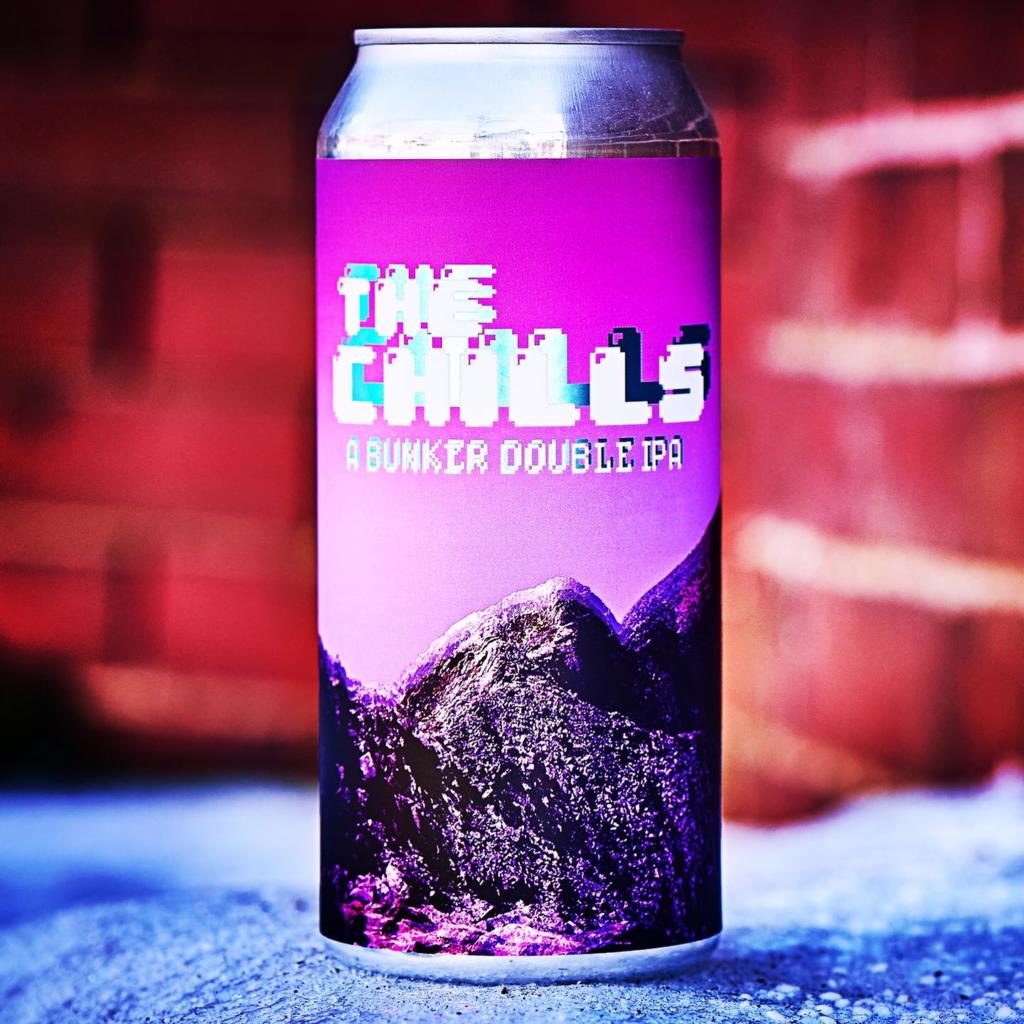 Named after a jangle pop band formed in Dunedin, New Zealand, in 1980, The Chills is a Double IPA brewed with a simple malt bill of 2-row & oats, then packed with Nelson, Rakau, and Moutere goodness. 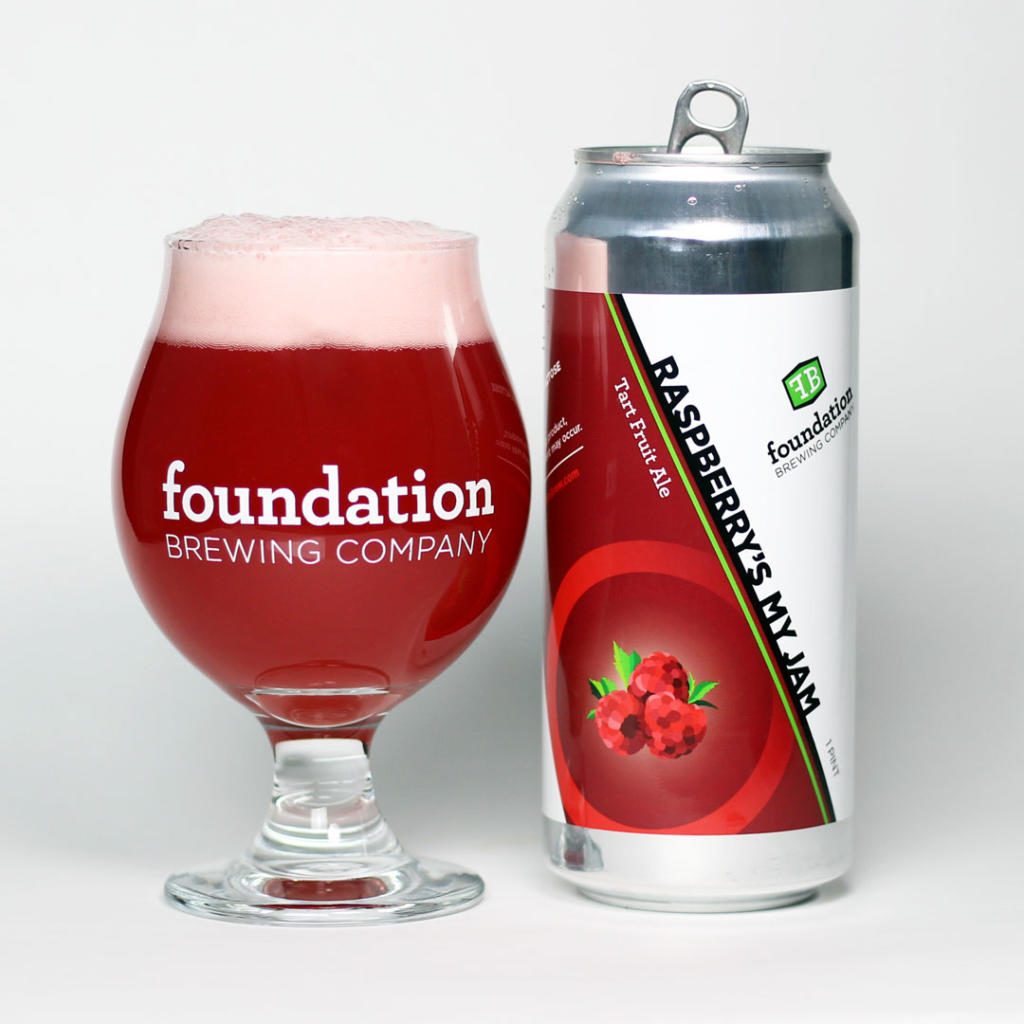 Raspberry’s My Jam is brewed with milk sugar and loaded to the brim with bright, juicy raspberries. 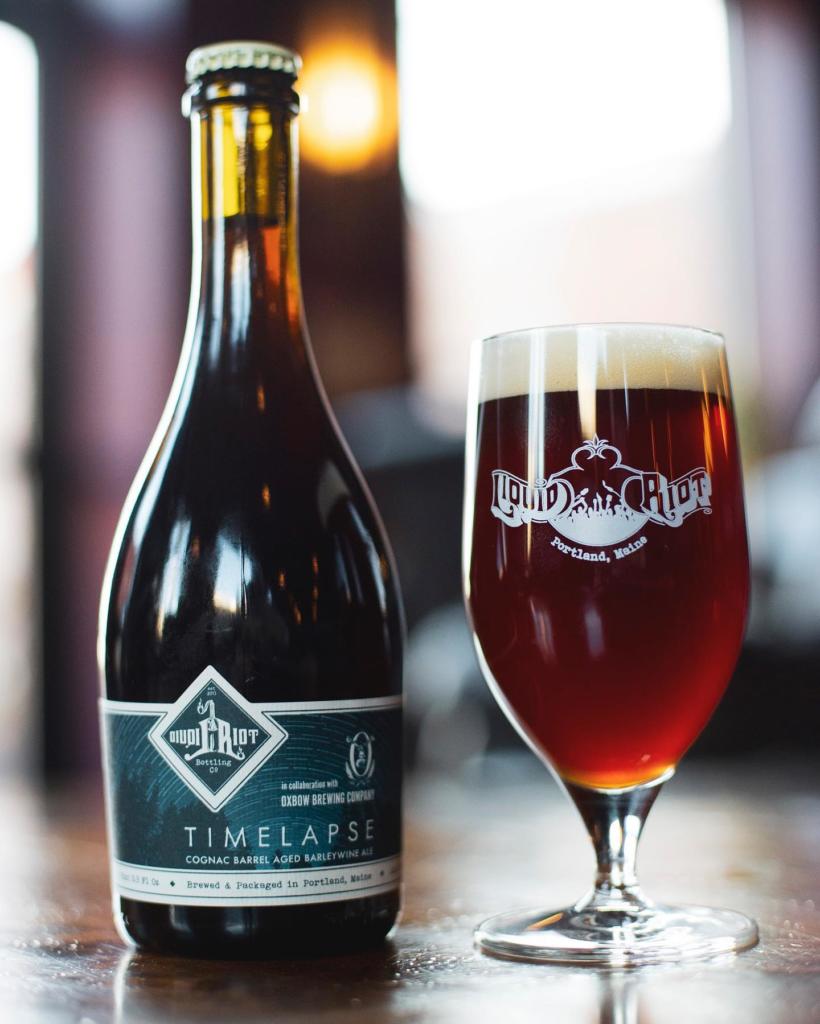 Timelapse was brewed in collaboration with Oxbow Brewing Company and aged for one year in a Cognac barrel. 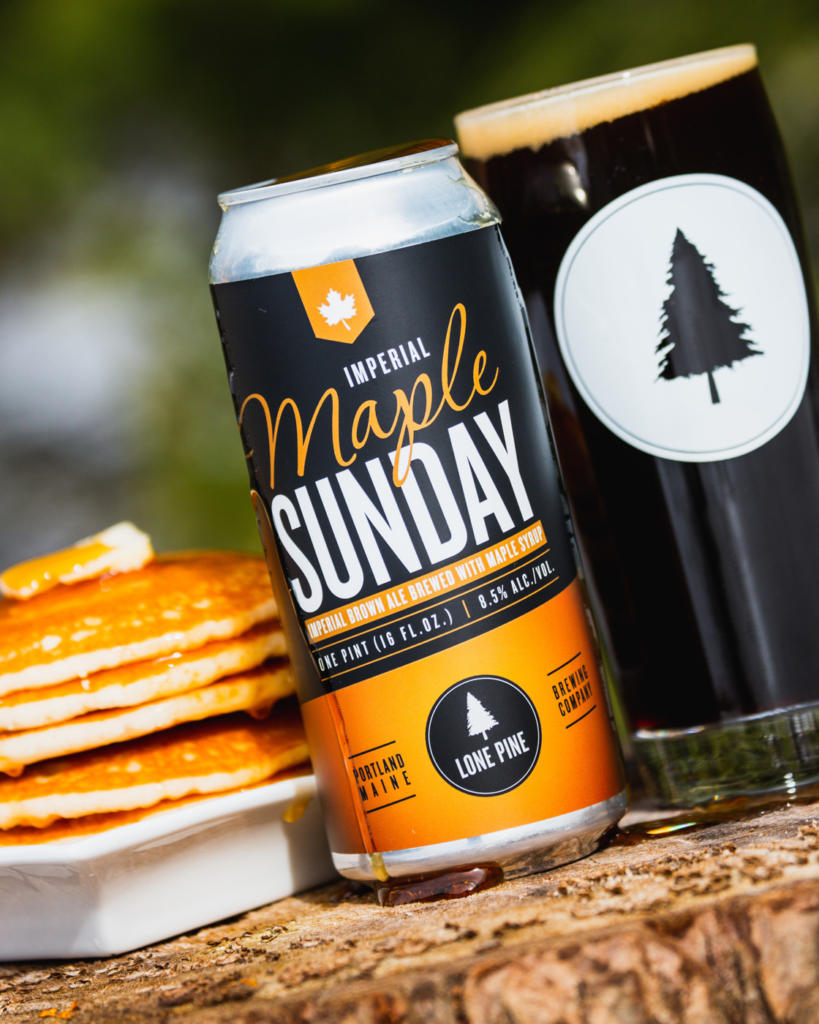 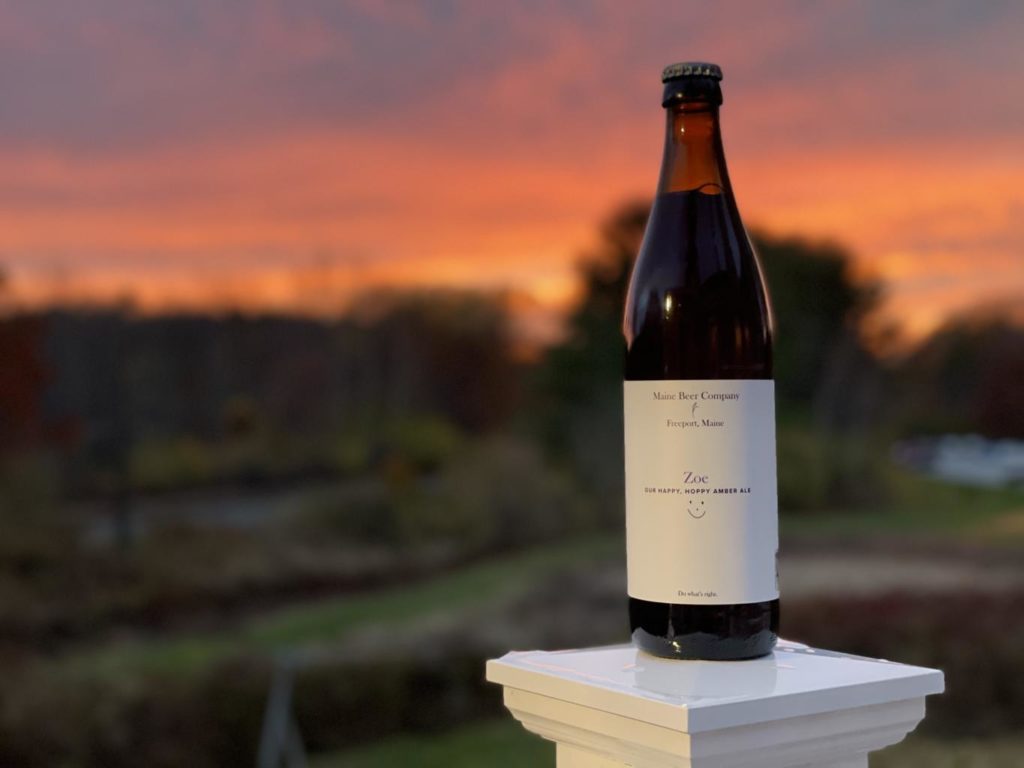 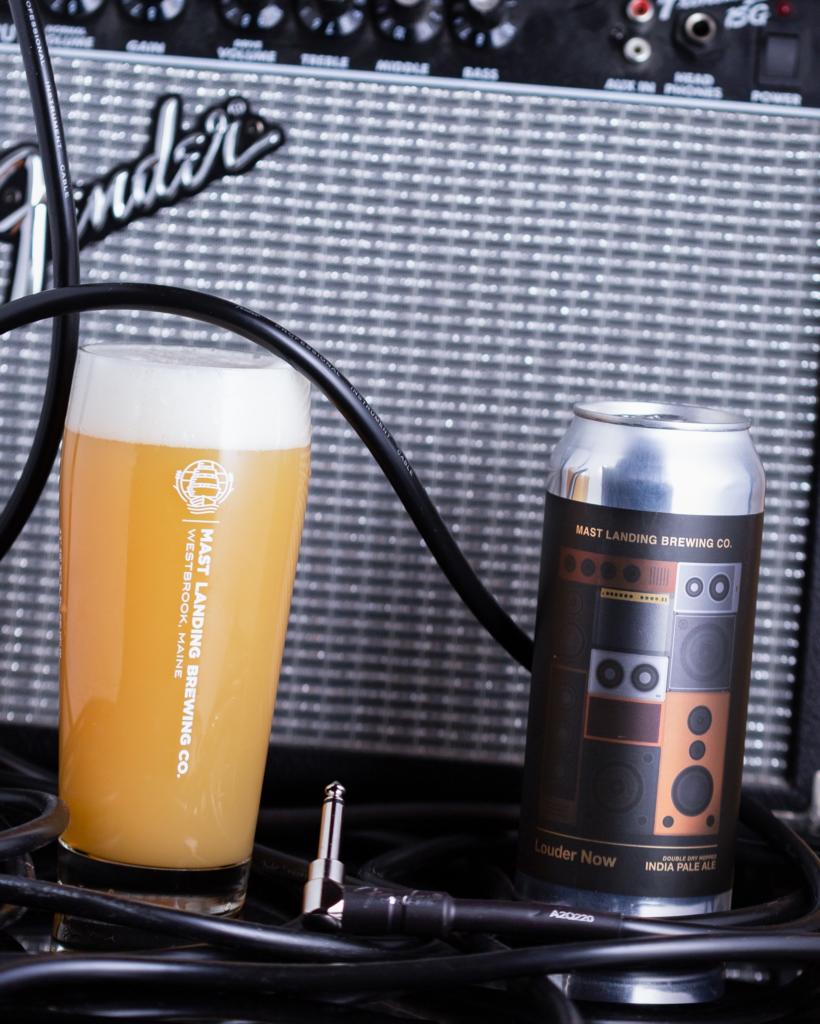 A goose is on the loose. This bold, inviting character crops up from time to time to wow us with punchy tropical flavors and a juicy, full body with soft notes of mango, peach, and more luscious fruits. Pantless Thunder Goose is brewed with El Dorado, Topaz, and Mosaic. 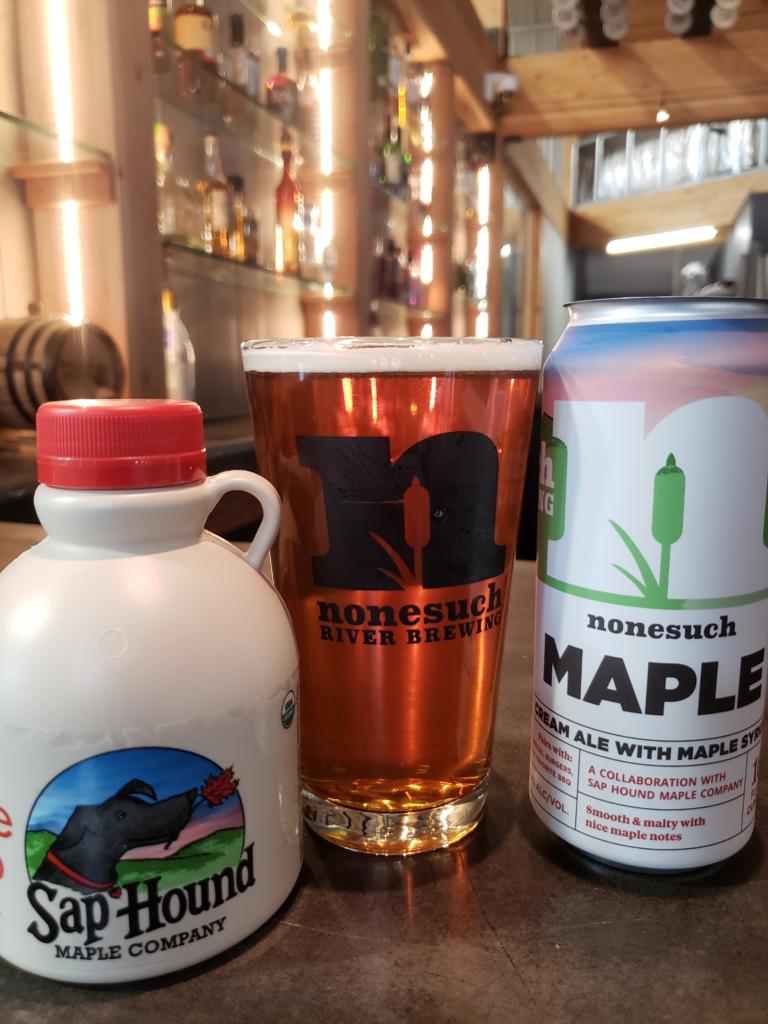 Maple Cream Ale is a collaboration with Sap Hound Maple Company out of Brownfield. It’s smooth and malty with nice maple notes and is coming out just in time for Maine Maple Sunday on March 28. Maple Cream Ale pairs well with mild cheeses, burgers, and chicken & waffles.

Pink Boots Double IPA is smooth and tropical with a peach finish. One dollar from every pour goes to the Pink Boots Society Maine Chapter for their PBS scholarship fund, which assists women beer professionals in advancing their careers through education.

A celebration of women in the brewing industry, bars in Maine get ready to re-open, and several great ways to celebrate St. Patrick’s Day are all in this week’s roundup of Maine beer news. Also, congratulations to Geary Brewing for receiving “Best Management Practices Classification” from the Portland Water District. This means they’re employing what is considered to be the best methods to manage and minimize excessive, troublesome discharges to the local wastewater treatment facilities.

The event, celebrated in conjunction with International Women’s Day, is aimed at raising the profile of women in the beer industry.

Maine bar owners cautious about reopening after a year of closure

The state announced Friday that bars and tasting rooms can reopen at the end of this month, although capacity will still be limited.

Bar Guide: Why limit yourself to Guinness on St. Patrick’s Day?

Portland bartenders are whipping up cocktails with Irish spirits and green ingredients to mark the occasion.

Have a socially distant St. Patrick’s Day with these activities

A virtual parade, live-streamed Irish music, online Irish cooking lessons, and corned beef to go can all be part of Mainers’ safe St. Patrick’s Day this year. But there are options for going out too.