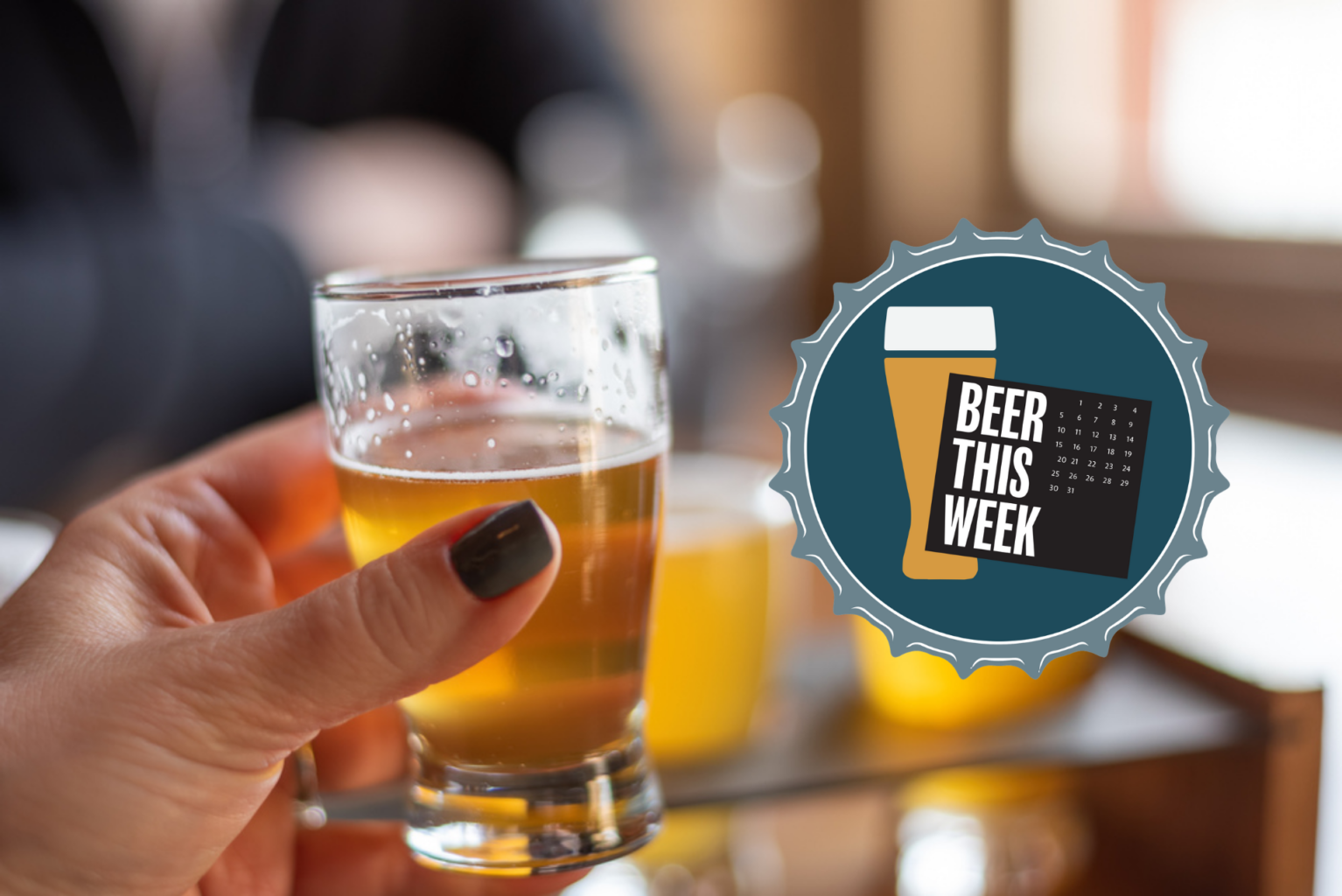 It’s American Craft Beer Week! We challenge you to celebrate by visiting a new brewery and/or sampling a beer style you’ve never tried before. We’re sure that you’ll find some new favorites that will complement your go-to breweries (which you should def also show some love too because this past year+ has been rough, and who couldn’t use more beer?).

It’s getting Atomic over at Island Dog Brewing (that’s going to be a yes from us, Dawg), Definitive Brewing is taking Baby Steps to deliver us all kinds of chocolatey goodness, Corner Point is giving us some Bitter Pilz to swallow, but no worries because Maine Beer Company has a new Cream Ale to help wash it down, and Foundation Brewing is here to show us S’more Love to make everything all better. 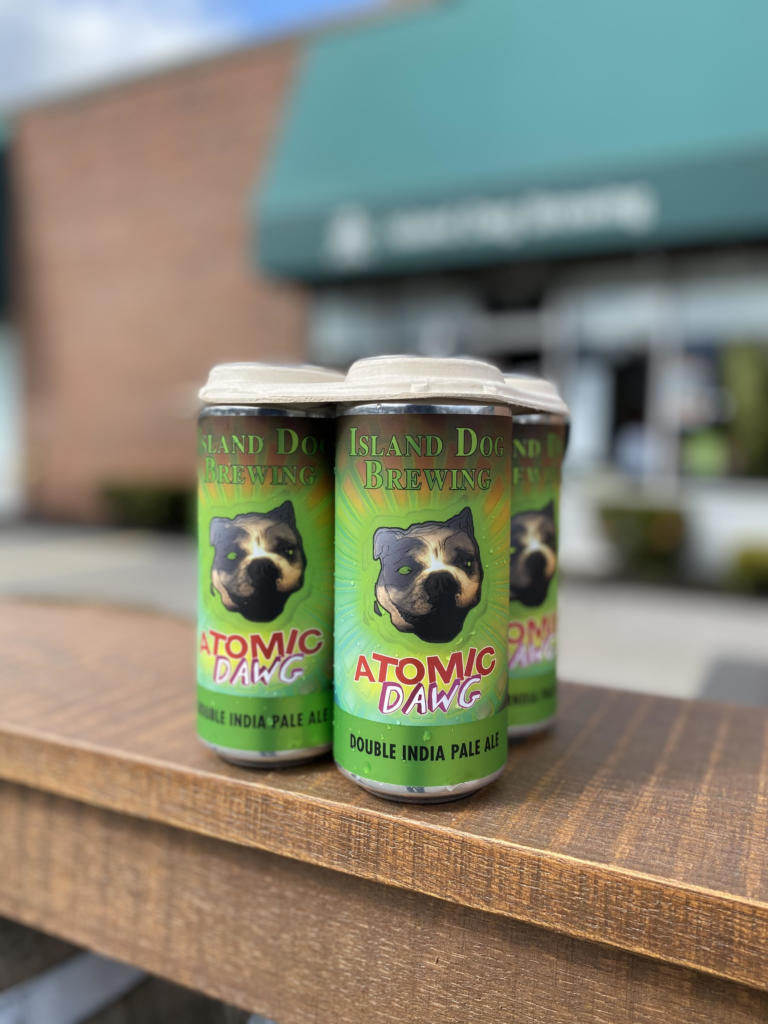 Atomic Dawg is back and now hoppier and juicier than ever! It has a strong orange and citrus notes, a smooth finish, and is brewed with Amarillo, Azacca, El Dorado, Mandarina Bavaria, and Ella hops. 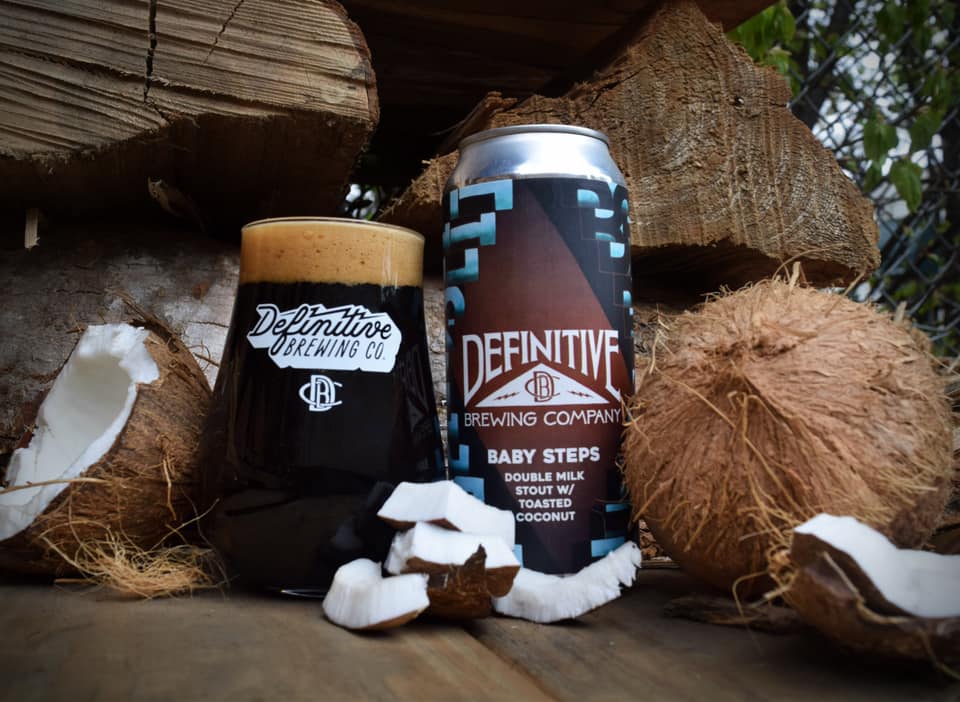 Baby Steps is stepping back into the tasting rooms this weekend. This Double Milk Stout with toasted coconut tastes and smells like German chocolate cake, Dutch cocoa powder, and decadence. 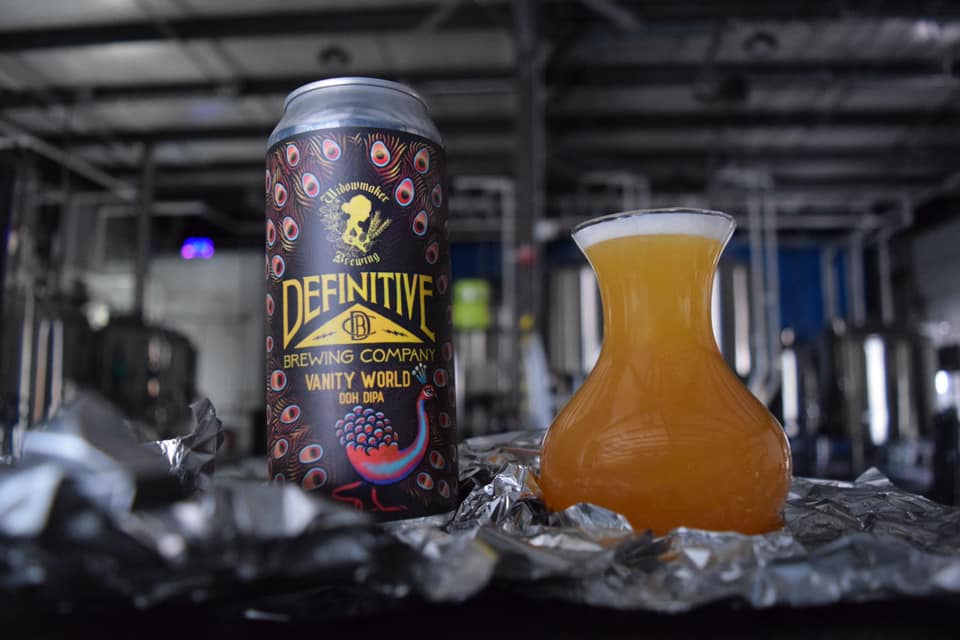 Definitive Brewing teamed up once again with their friends at Widowmaker Brewing to bring us a deliciously hazy DDH DIPA called Vanity World. Brewed with El Dorado, Citra, Citra Incognito, and Galaxy hops, this collab brew tastes like lychee mojitos, crisp watermelon rind, and peach juice. Both will be available starting Friday in Portland and Saturday in Kittery.

In our world, every summer is the summer of love – S’more Love! Foundation Brewing’s newest Milk Stout is a celebration of a classic summer treat. Starting with their milk stout base, they then added oodles of cocoa, gobs of marshmallow, and stacks of graham crackers. We don’t know about you, but we can’t wait to try the finished product! 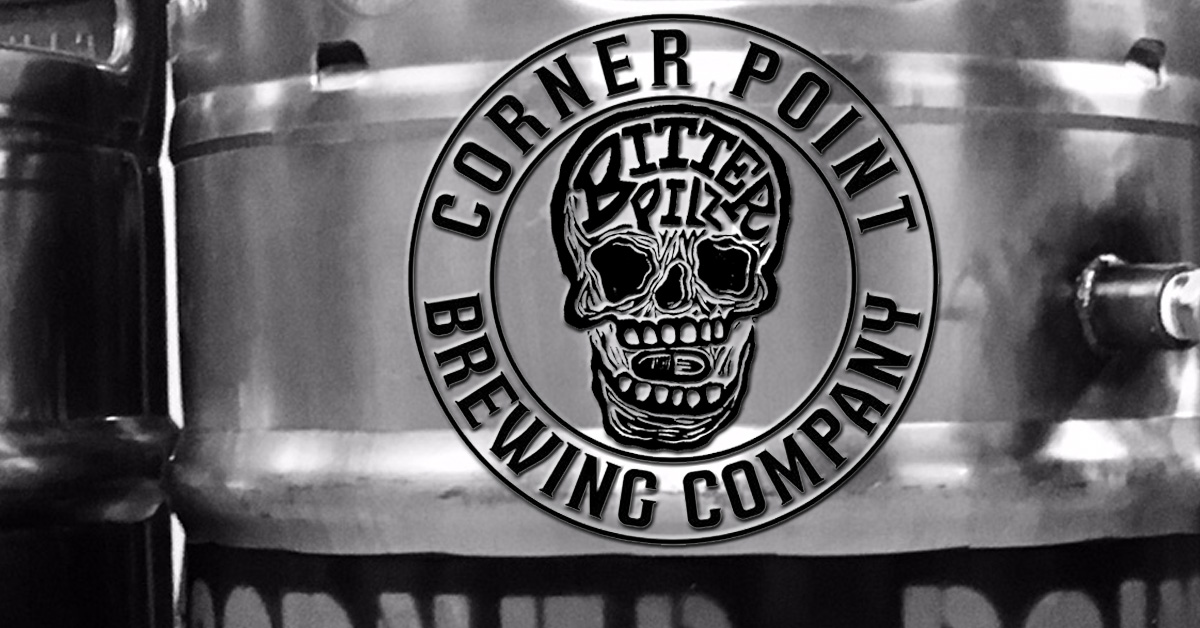 This German Pilsner made with Contessa hops was named in honor of a local band called Bitter Pill that will be playing at the brewery on Saturday from 3-5 p.m. No word yet if they also sing about jagged little pills.

Cream Ales originally were created to compete with mass-market Lagers in the 19th century.  Traditionally brewed with 6-row barley and corn, Maine Beer Company’s version has 20% flaked corn in the mash. Cream Ales can use a hybrid ale/lager yeast to ferment warm and lager cold. Slightly hoppier and fruitier than traditional light lagers, the style is still a highly drinkable beer for warmer days.

In case you couldn’t already tell, we’re approaching the beginning of the summer season, several breweries are here to remind us of the release of multiple Pale Ales for your drinking pleasure this week. We’ve also got a new Hard Seltzer, a Golden Ale, a handful of IPAs, and even a Cream Ale that gives us strong summertime/creamsicle vibes. 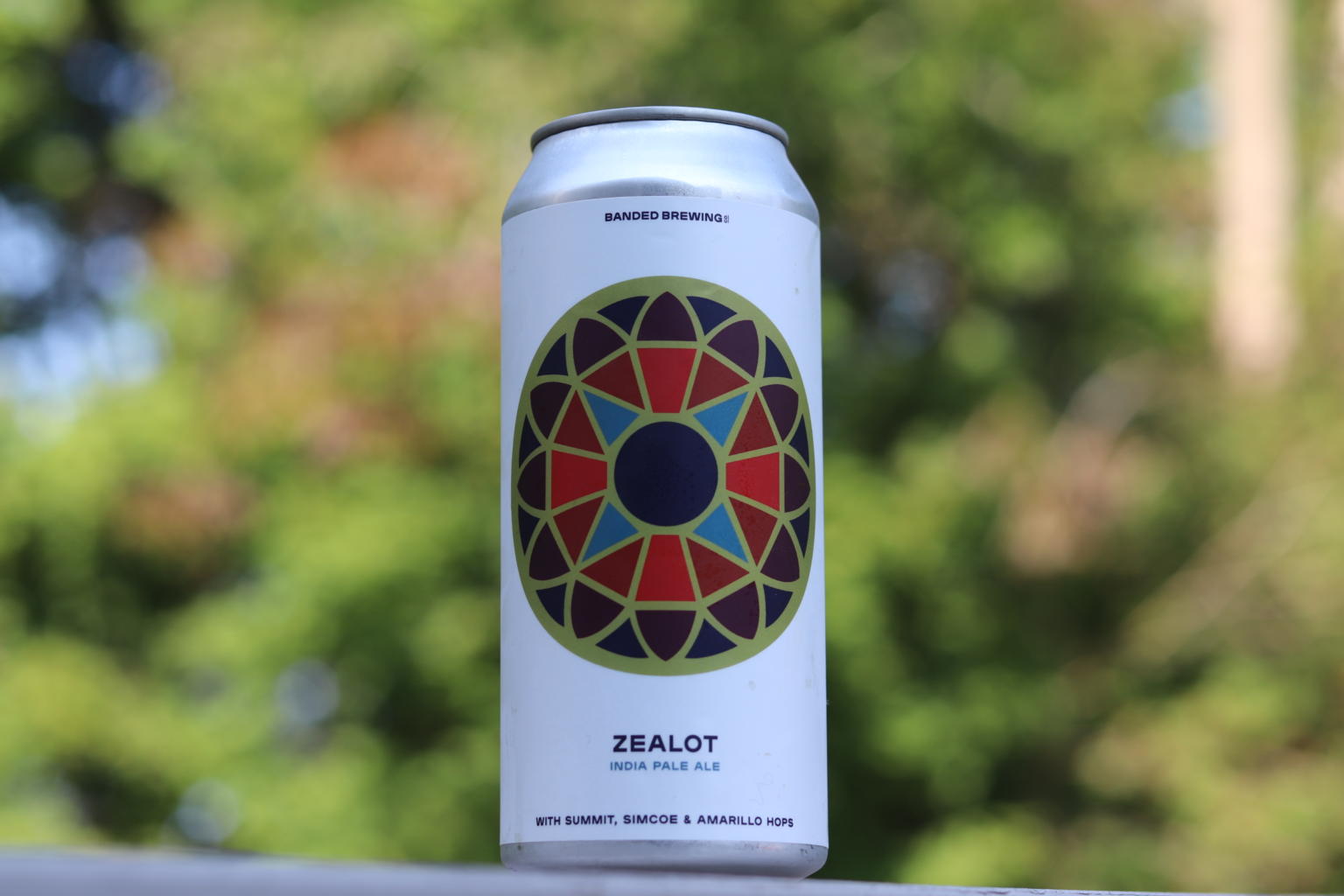 Pineapple meets pine resin. Hazy and luscious with local wheat and oats. Punchy yet harmonious. Kind of a chill description for a beer named Zealot if you ask us, but we’re here for it. 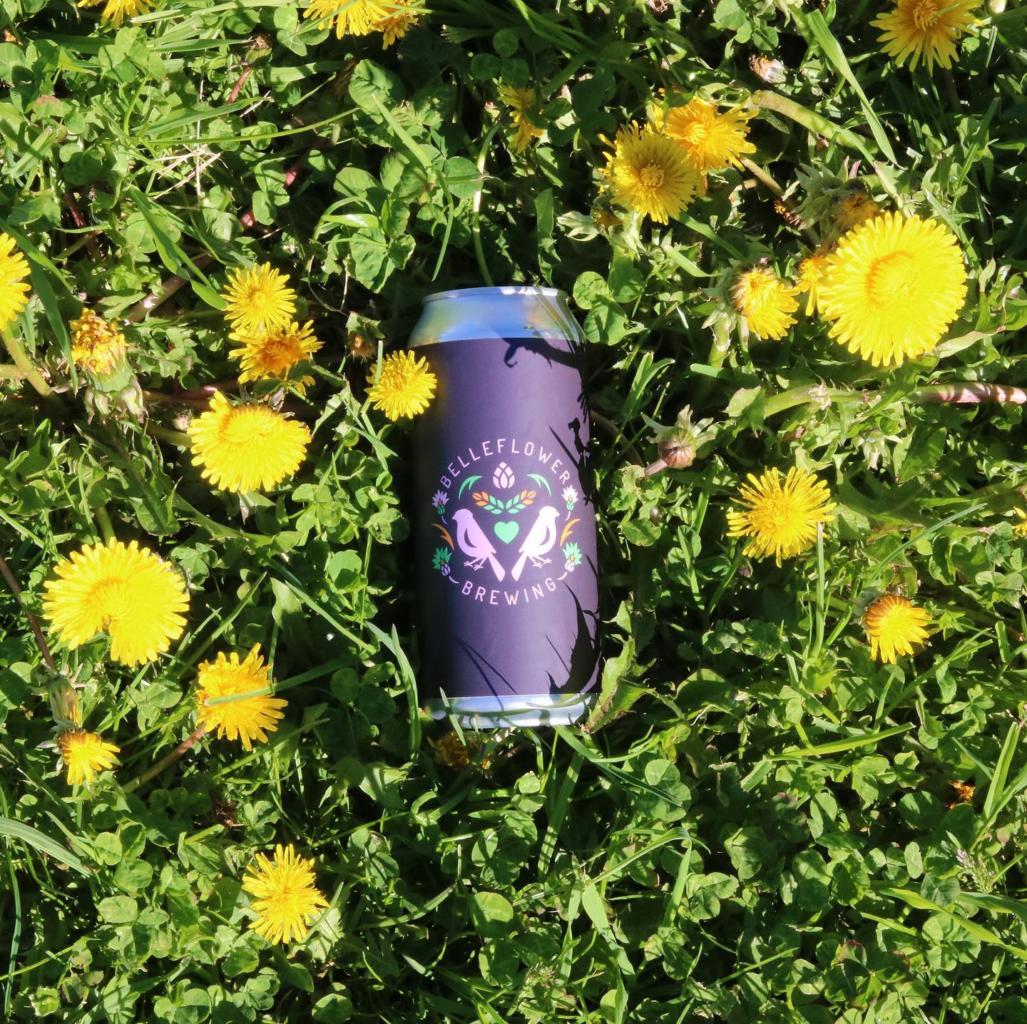 Finch & Thistle is pouring pale golden hazy with aromas of big papaya, kiwi, pineapple, and stone fruit that will make you long for summer. This strong Pale Ale opens with flavors of grapefruit and other tropical citrus and stone fruit for a crispy taste that finishes with some light malt sweetness. Distelfink, the hex symbol on this label represents happiness and good fortune.

A collaboration between Bissell Brothers, Three Rivers, and Novare Res Bier Café, this Belgian Pale Ale is brewed with Saaz and Callista hops, Buck Farms pils, wheat malt, and flaked oats, then fermented in a stainless cube and conditioned for three months. We’re told that many action figures were harmed during the making of this beer. 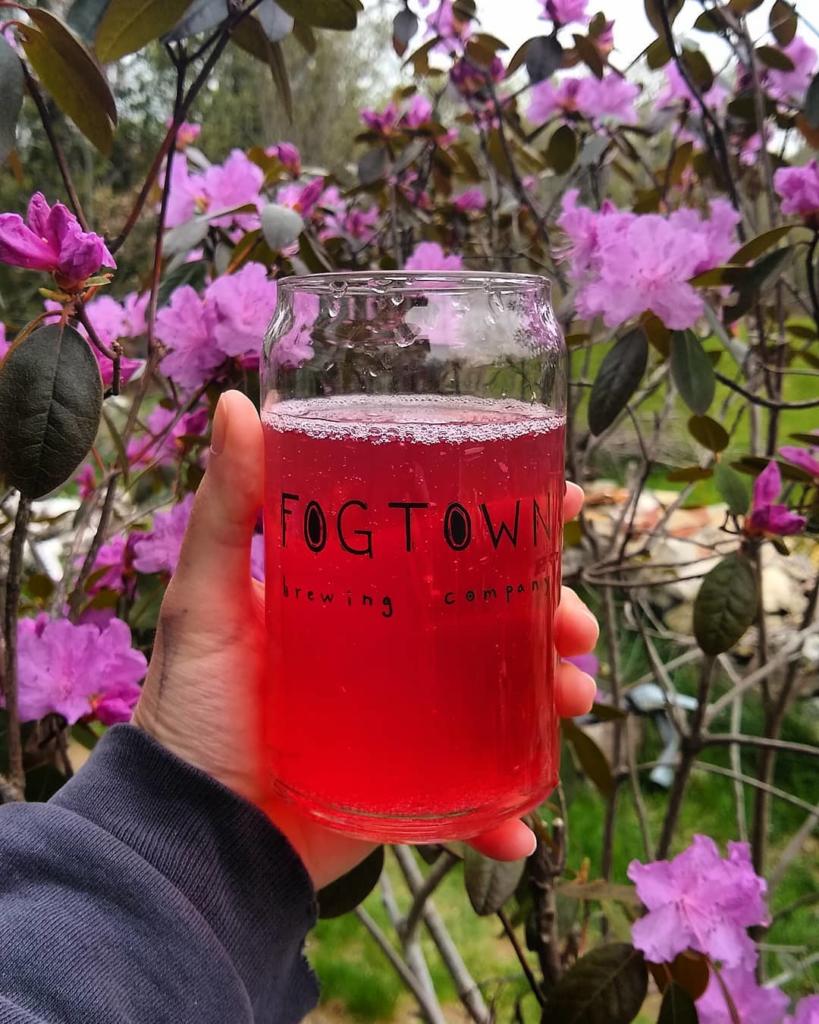 The third installment of Fogtown’s Hard Seltzer series, Fog Berry is brewed in extra-small batches with organic cane sugar and cranberries for a sweet little bubbly berry kick to get you into the swing of spring. Perfect for sipping after a perfect hike at your favorite local spot. 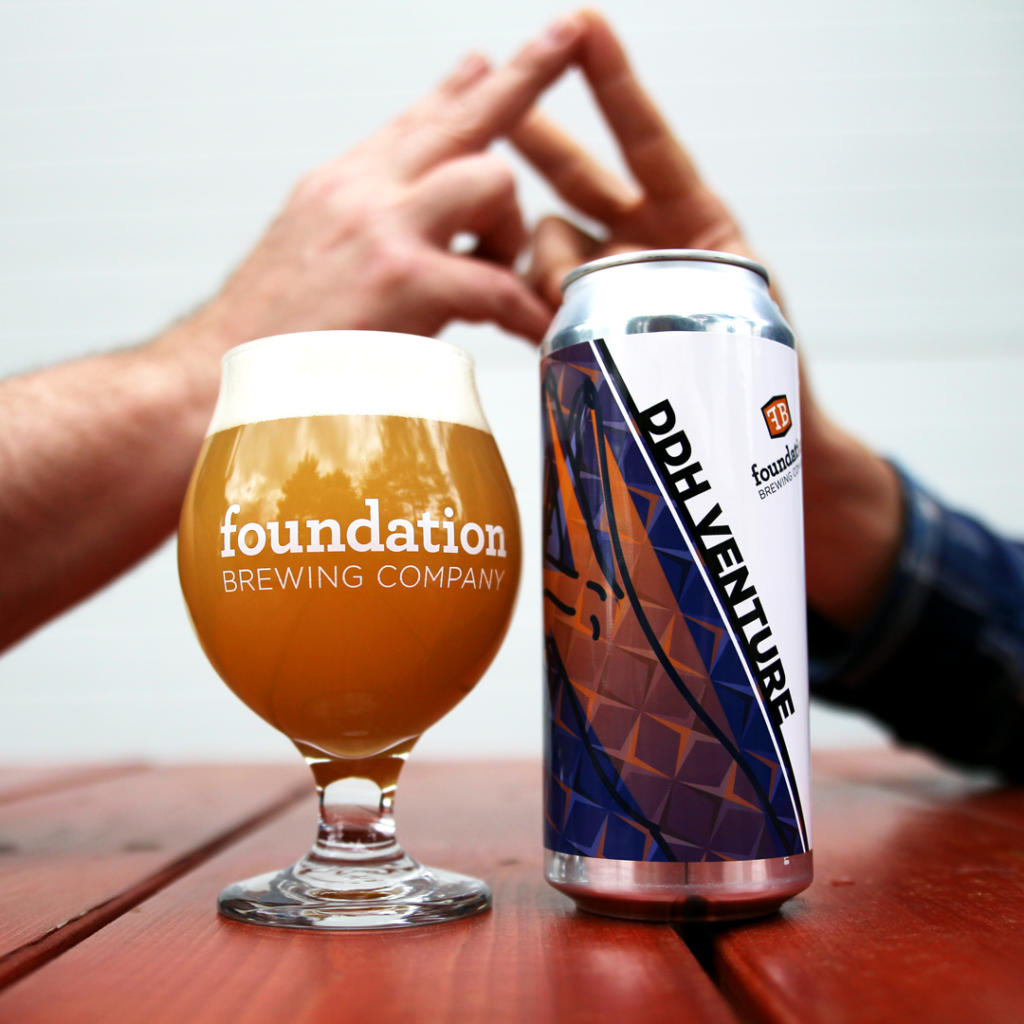 Prepare your taste buds; Foundation Brewing is coming at you this week with a surprise twist on a favorite – DDH Venture! They doubled up their beloved DIPA Venture’s dry hop of Mosaic and El Dorado for even more hoppy goodness. And who doesn’t love more of a good thing?! Only people who hate joy, that’s who. This also means they probably don’t like beer, so this beer clearly isn’t for them anyway. 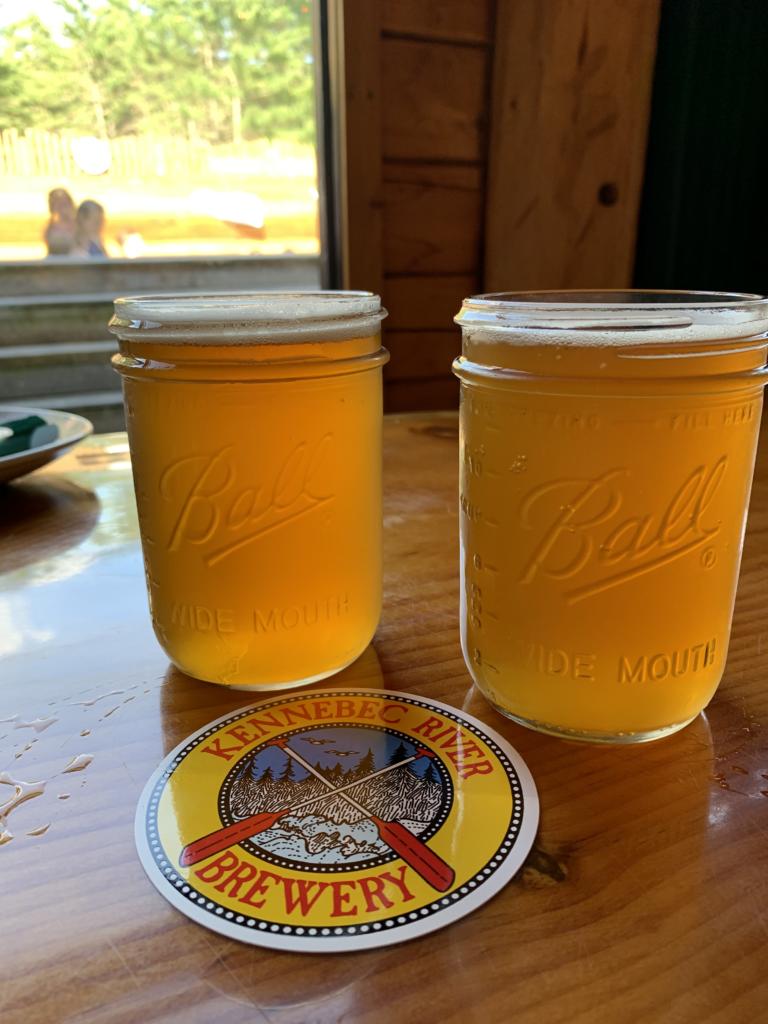 A light-bodied, well-carbonated White Ale brewed with Curacao bitter orange peel and coriander spice, Whitewater Wheat is crafted in the style of the classic Belgian witbiers and is a great summer thirst quencher! 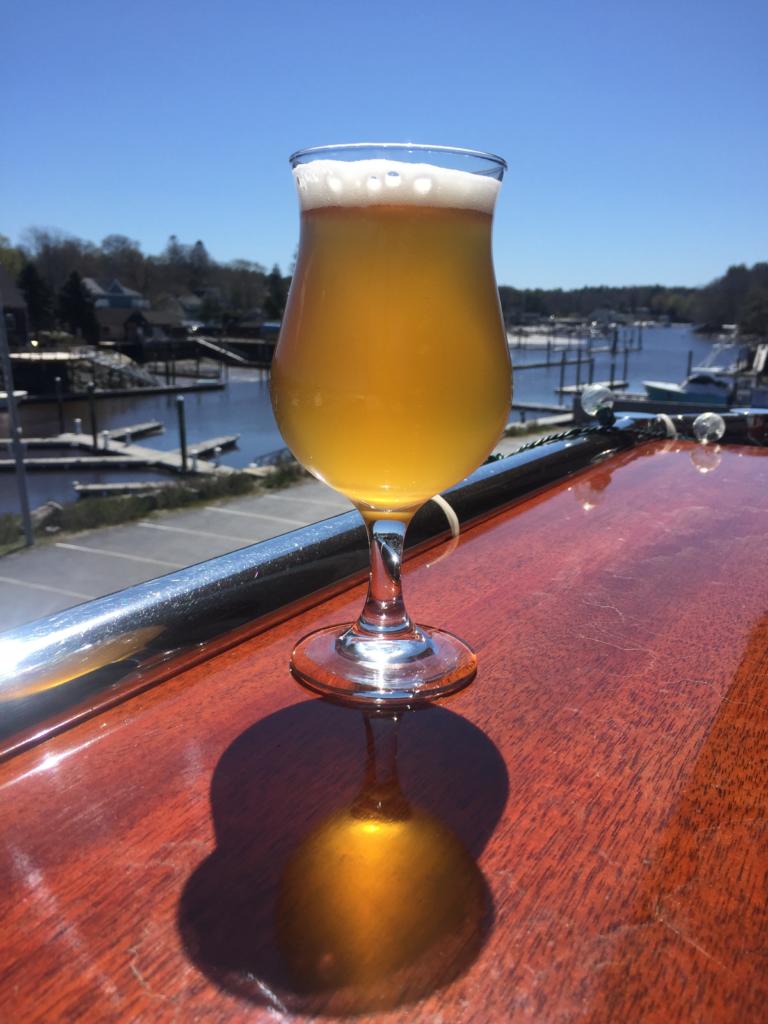 A crisp, light-bodied, golden-colored Saison with prominent herbal aromatics. Notes of ginger, spice, and lemon zest shine throughout, and the finish is dry and mildly tart. This beer was brewed with lavender flowers and lemon peel and fermented with a Belgian Saison yeast strain. 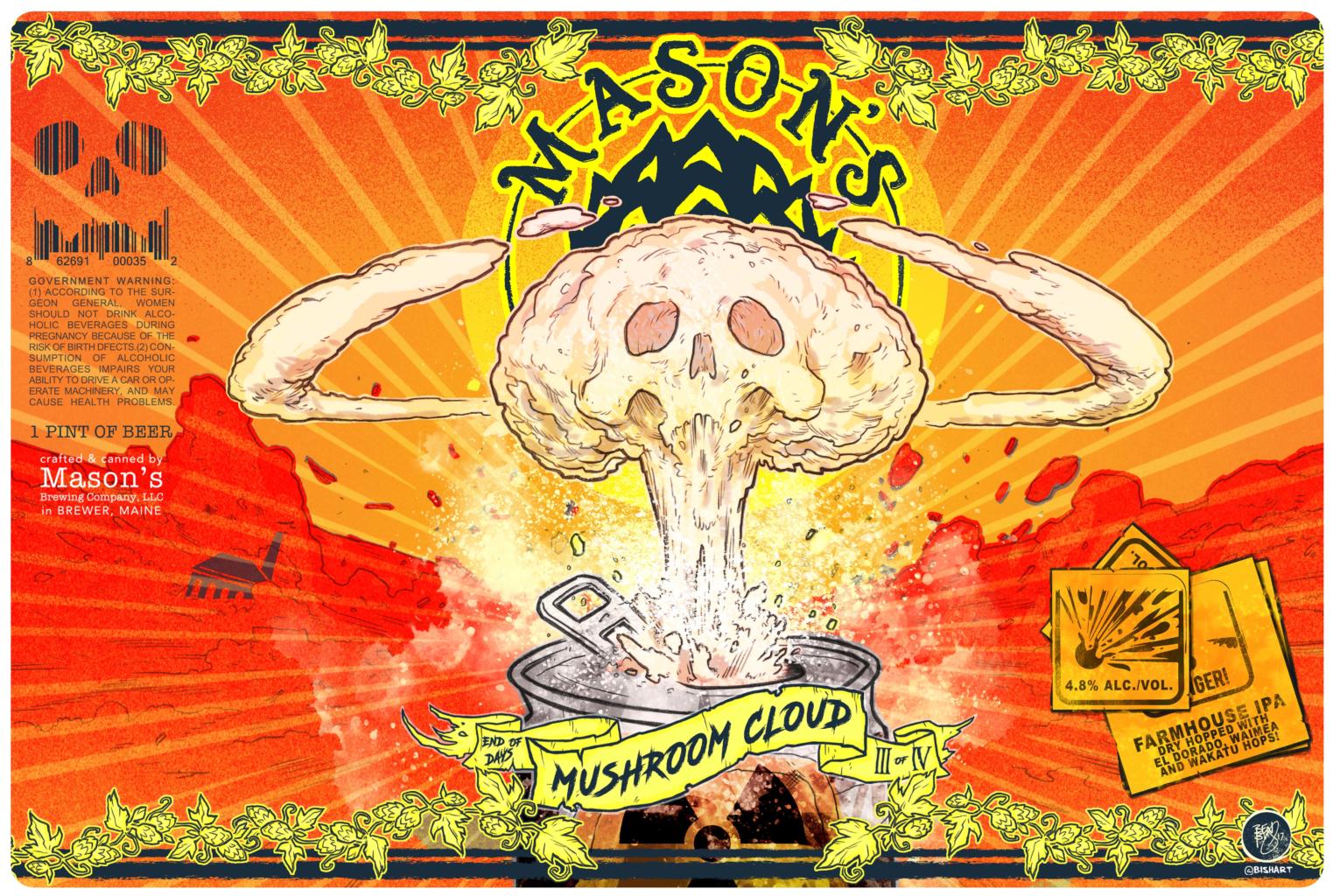 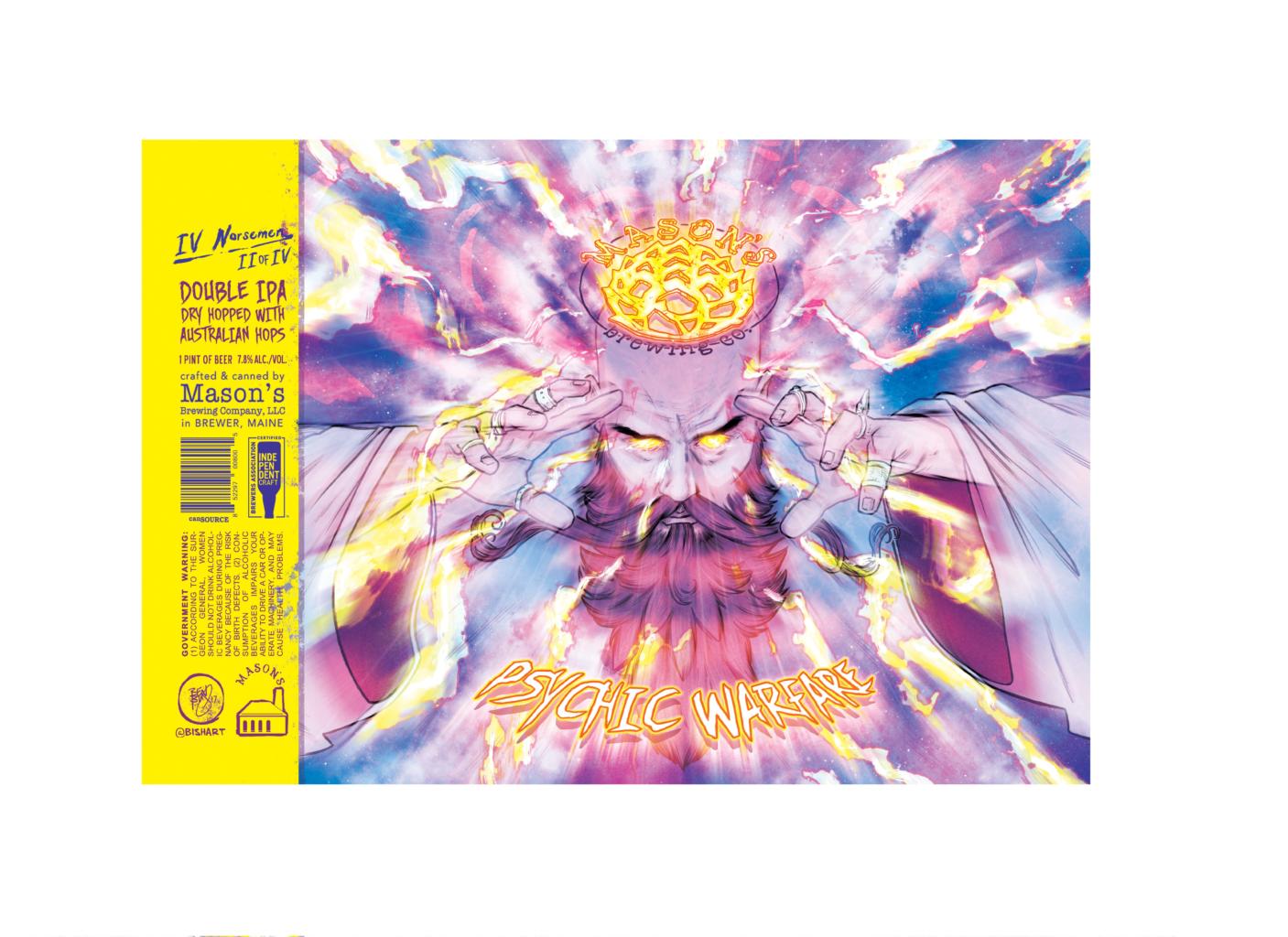 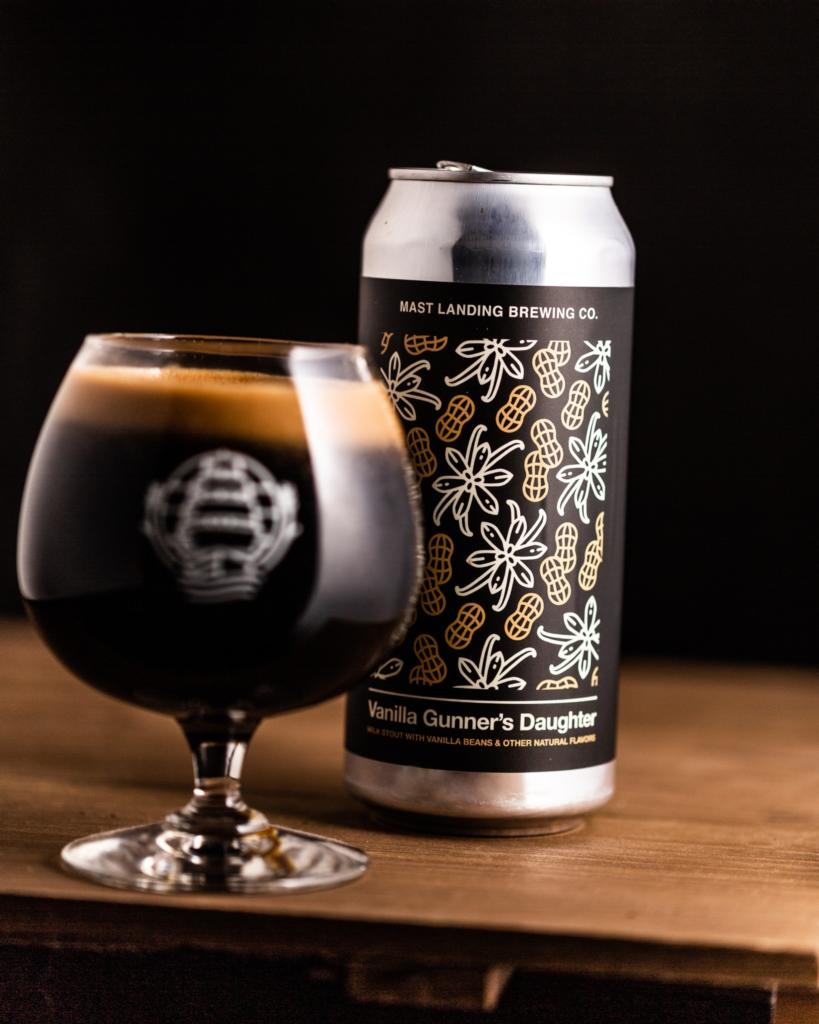 This recent addition to the lineup pairs Mast Landing’s flagship Milk Stout with Madagascar vanilla beans for another layer of decadence.

The Swallow IPA is a hazy New England IPA utilizing an experimental hop from Yakima Chief Hops, HBC 685. It also has a healthy dose of Mosaic hop and a touch of Triumph to create a well-rounded, approachable New England IPA.

Rocks Brewing Aussie Golden Ale is a collaboration brew between Shipyard and their mates Down Under at Rocks Brewing. It’s a hop-forward Golden Ale boasting plenty of Idaho-7 hops from Yakim Chief hops, along with Simcoe and Tales.

Brewed with even more orange and vanilla this time around, Orange Mainesicle reminds us of summer days, with notes of chasing the ice cream truck. 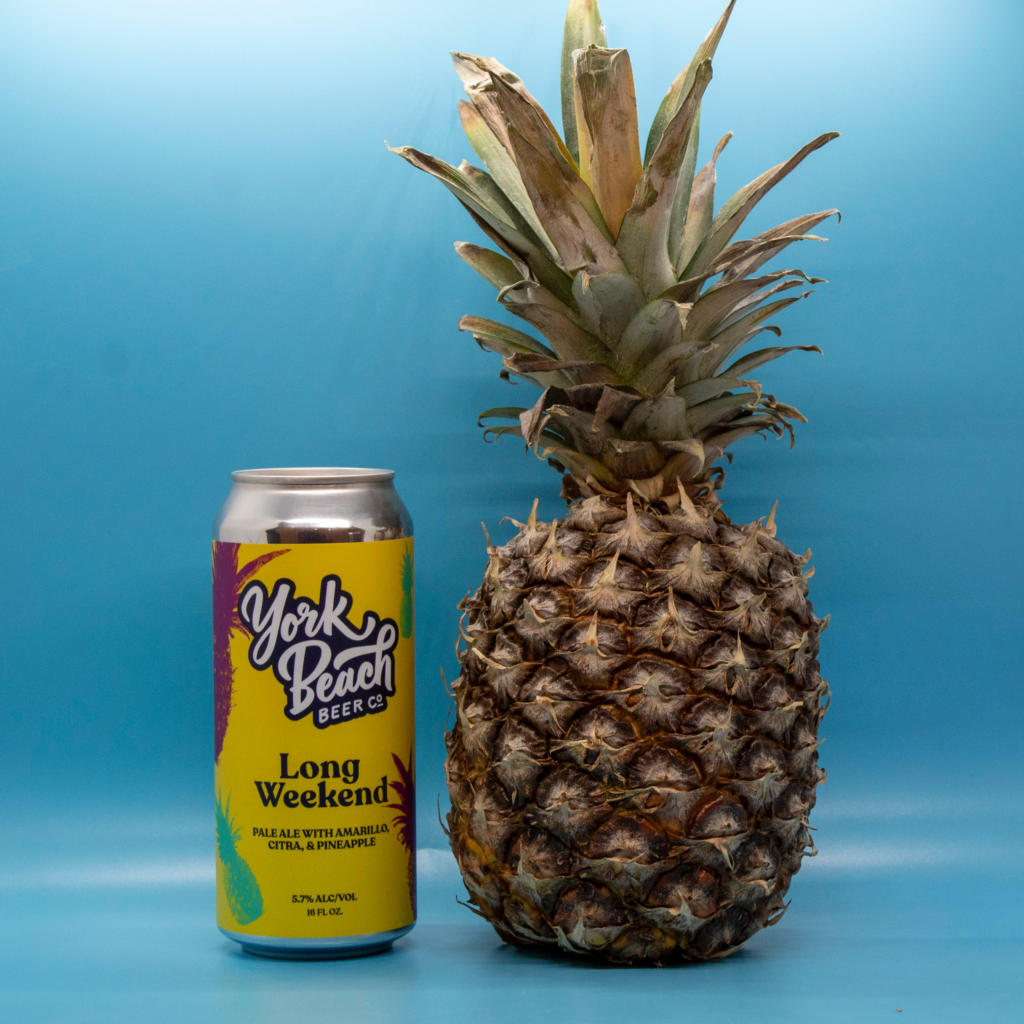 Long Weekend is best enjoyed at sunset overlooking the water on a long weekend. It’s a touch hoppier than a traditional Pale Ale and brewed with pineapple to give you a hint of fruity sweetness that brings it all together.

OK, this is a first. Despite going down many internet rabbit holes, we’ve been unable to locate any new articles this week featuring Maine beer, other than the standard “best of” listicles. Are we being punked? With so many breweries killin’ it across the state already, and more poised to launch this year, this seems in the words of the “The Princess Bride’s” Vizzini, “Inconceivable!” Anyways, here’s a link to a guide for celebrating Craft Beer Week instead, in case you need some ideas/inspo.