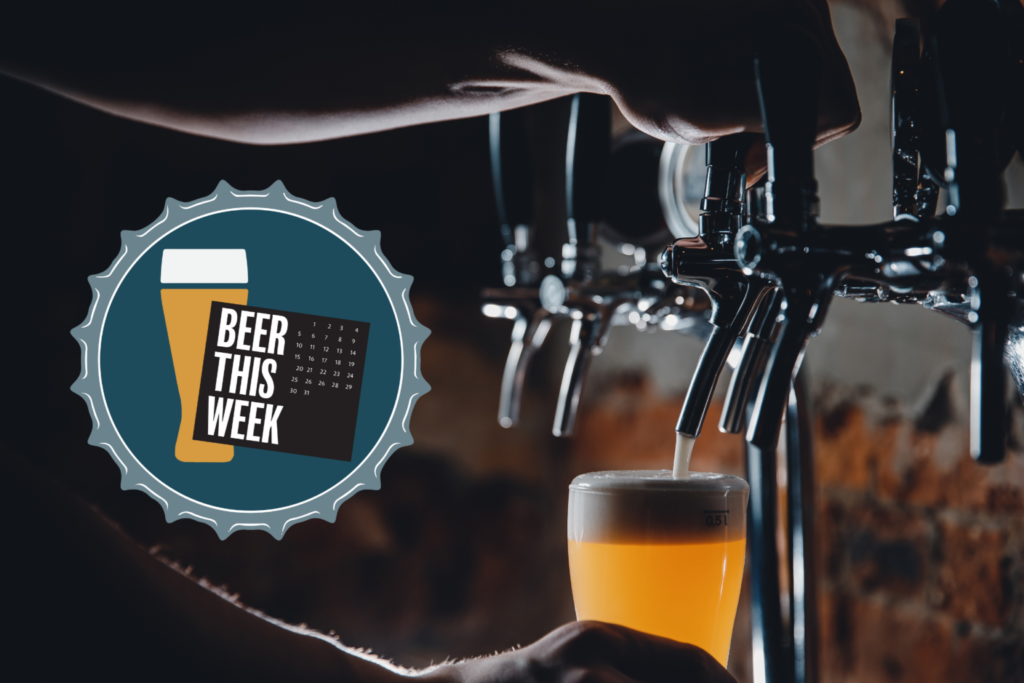 Can you hear that sound? It sounds like the state slowly, carefully reopening. There’s been a lot of exciting news about mask restrictions loosening for the fully vaccinated, and in Maine that includes the word that we’re adopting the CDC’s new guidance allowing fully vaccinated Americans to ditch wearing masks indoors, effective May 24.

Thrilling, right? However, today is not May 24, so please continue to follow all tasting room rules and restrictions currently in place. And even come Monday, some breweries/tasting rooms/bars may still require masks if they think it’s in the best interest of their employees and customers. So, basically we’re asking everyone to be patient a little longer and, ya know, don’t be a dink, bub. Cool? Cool! Now get out there and (respectfully) drink!

Definitive Brewing is turning three this week, and they’re celebrating by brewing up lots of special beers, just for you! Maine Beer Company is feeling grateful for their new beer, Thank You, and Baxter Brewing is continuing their alcohol-fueled ode to Maine’s State Parks with Colonial Pemaquid Honey Blonde Ale. 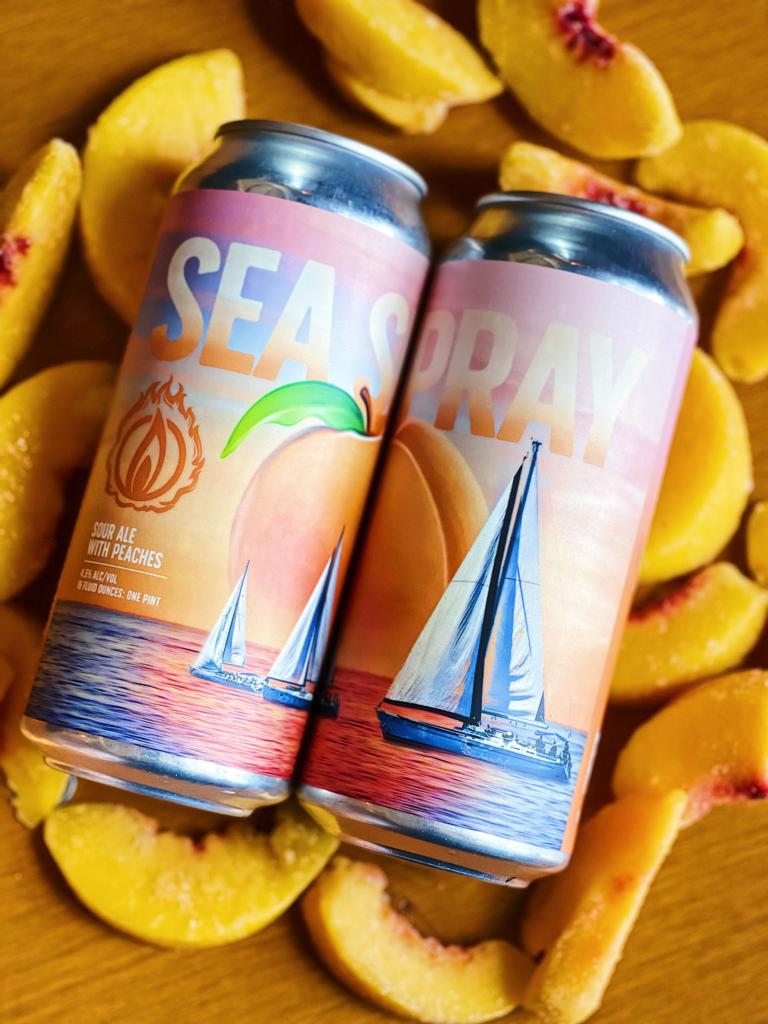 Sea Spray was treated with peach, salt, and coriander for a modern twist on the refreshing classic style of beer. The acidity is incredibly well-balanced and the salt with the peach combines for a quite refreshing and drinkable beverage. This is the perfect beer for boating, BBQs, or just hanging out with your pals. 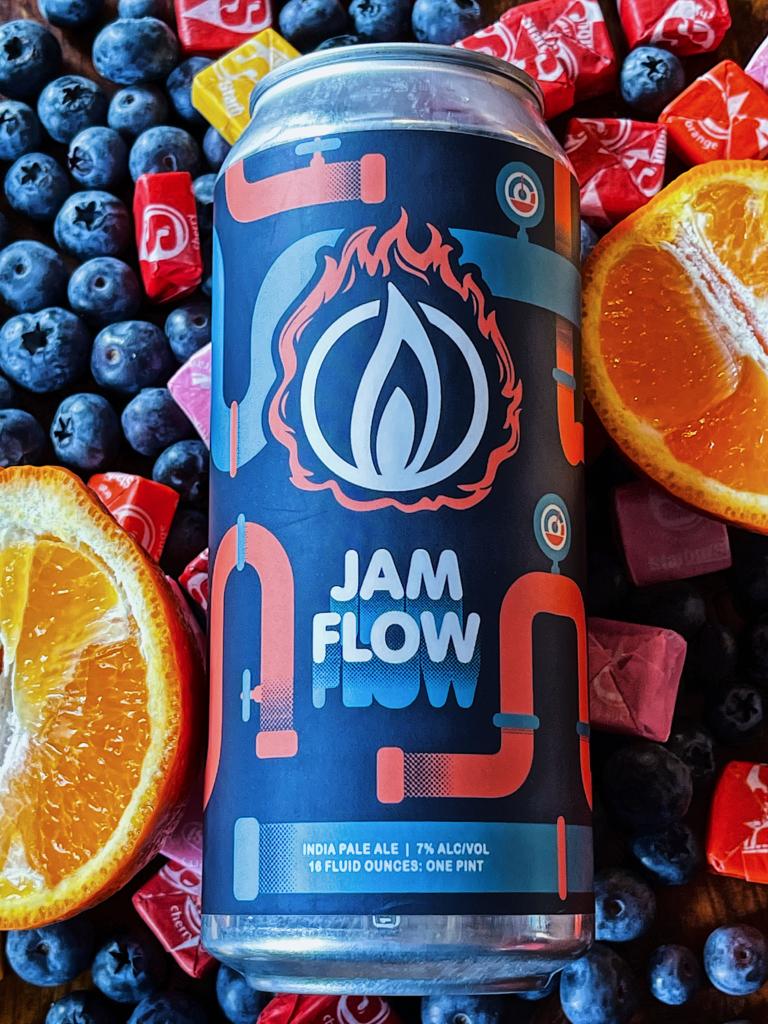 Jam Flow is brewed with a wheat-heavy grist and then dry-hopped excessively with Amarillo and Mosaic. This combination yielded an incredibly juicy, bright, and soft beer. Jam Flow smells and tastes like fleshy orange, ripe mango, and pink Starburst.

Flight Deck’s 11th version of this rotating IPA, Change of Course – Mark 11 is packed full of pineapple and blood orange juice and leaves you craving just one more sip. Only available on draft.

Definitive Brewing is celebrating their third anniversary and they are doing it in grand style with MULTIPLE releases coming at you this weekend. Here are a few of the anniversary beers that await you at both the Portland and Kittery locations. 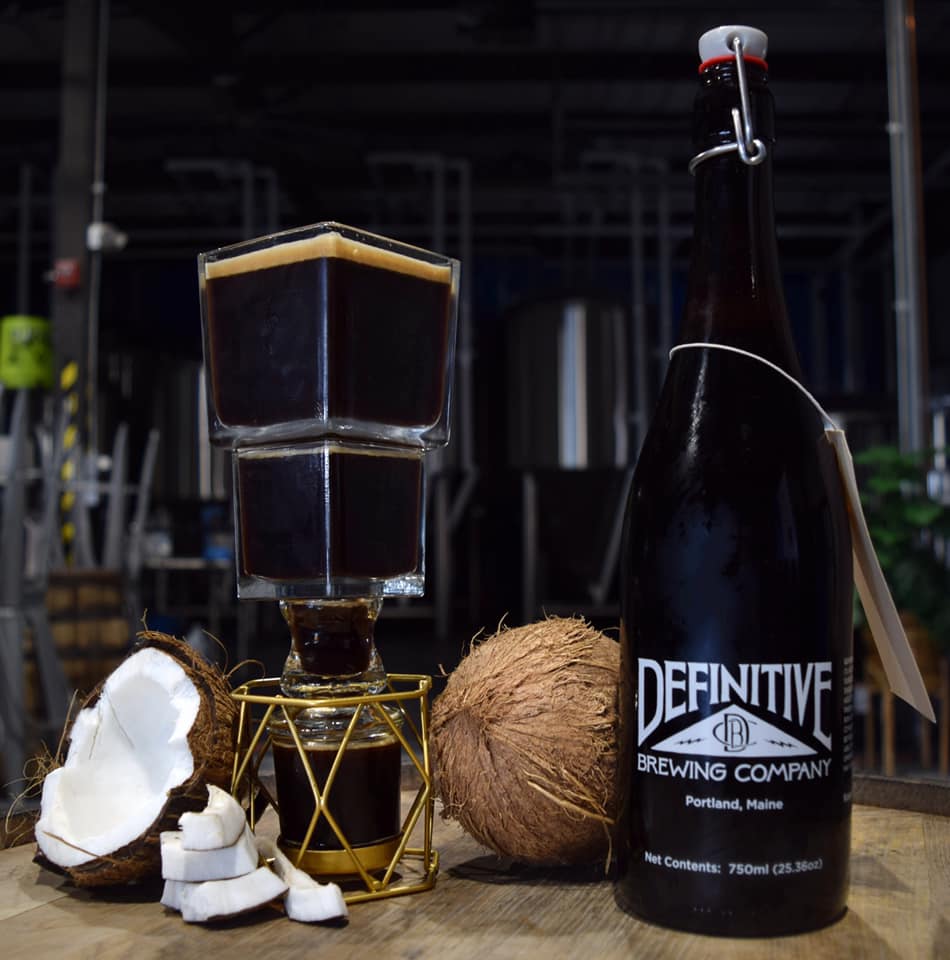 Aged for one year in maple bourbon barrels and conditioned on heaps of toasted coconut, Coconut Blimp is thick and aromatic with hints of chocolate, nuttiness, and rich syrups. This is an extremely limited batch, so Definitive is limiting it to one 750 ml growler per person. There will also be a limited amount available on draught at both locations. 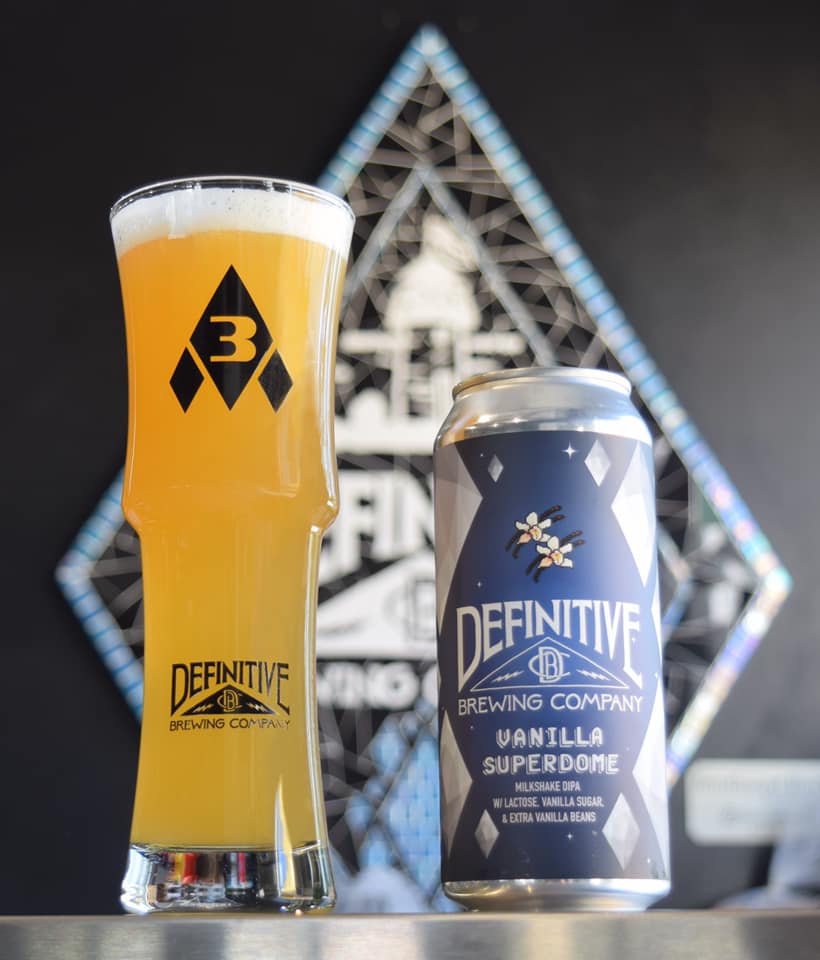 This 9% edition of Vanilla Superdome, Definitive’s Milkshake Double IPA, was brewed with vanilla sugar, an extra dose of real vanilla beans, and lactose, producing a dreamy dessert-like experience for your palate. It tastes and smells like Orange Julius, gently melting vanilla bean ice cream and a shortbread cookie bakery at dawn. 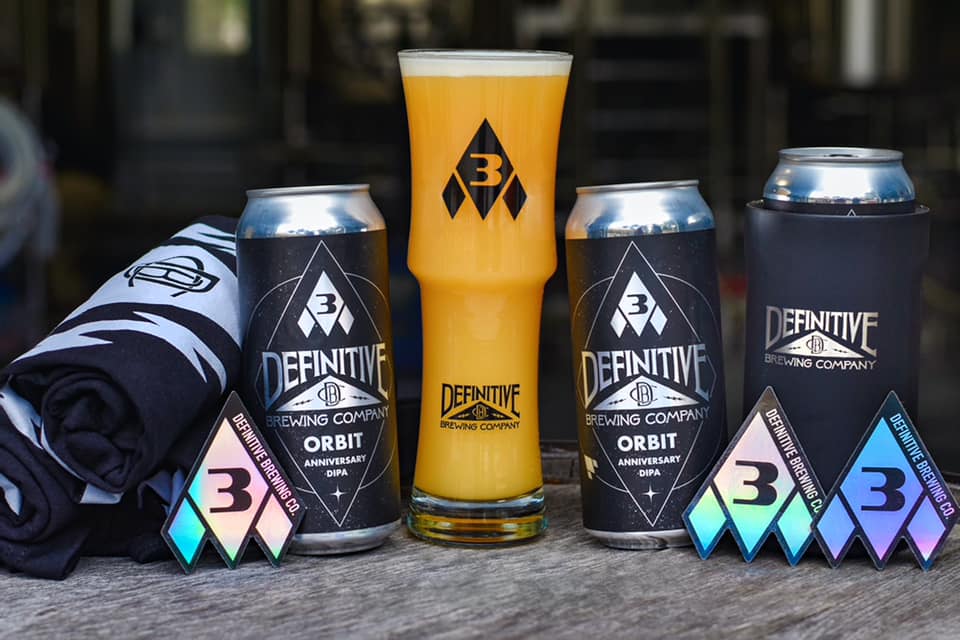 For this third anniversary edition of Orbit, Definitive ramped the ABV up to 8.3% and used Citra, Mosaic, and Simcoe, plus Citra Cryo, Mosaic Cryo, Simco Cryo, and Citra Incognito to provide a classic hop combination in its most concentrated form possible! This beer has a big flavor reminiscent of pungent citrus, starfruit sherbet, and celebratory mimosas. 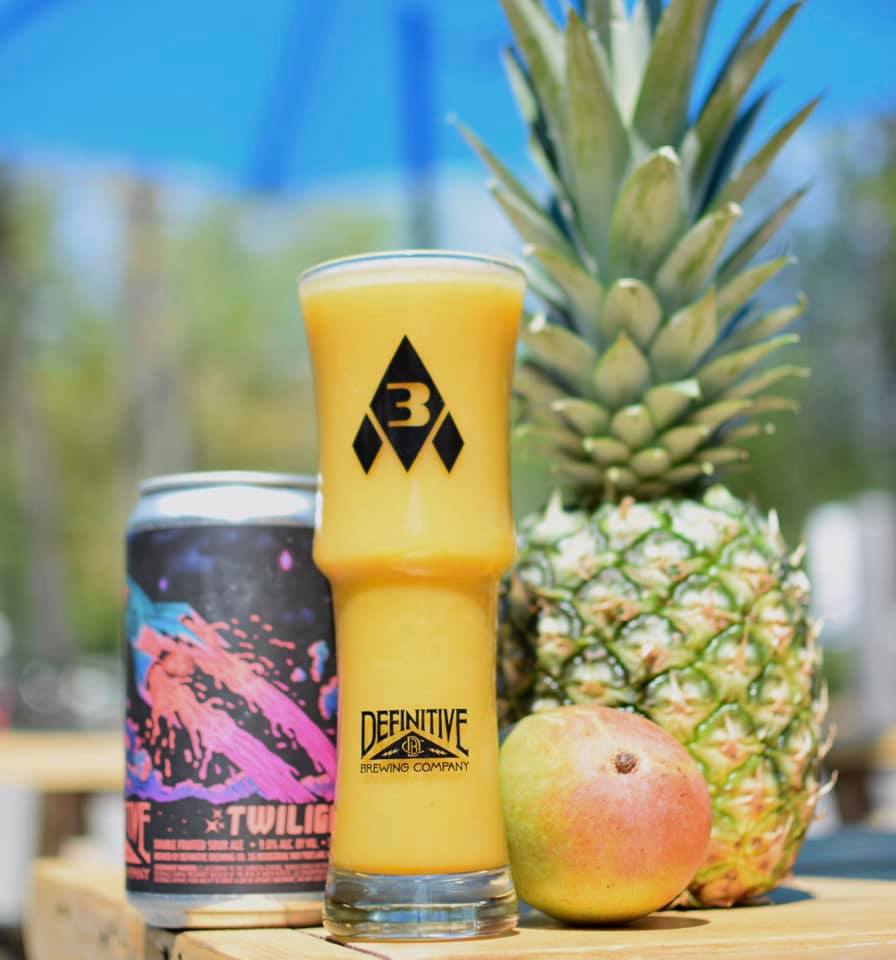 Twilight Juice is a high-intensity Double Fruited Smoothie-Style Sour Ale with new fruit additions in each batch. This anniversary edition will fuel you with a party-ready blend of Brazilian guava, pineapple, and mango.

A double dry-hopped IPA, Preservation IPA is clear, straw-colored, and exhibits a thick, creamy head. Aromas of tangerine and berry are backed up with a dank and resinous character. Flavors of citrus and pine dominate with tropical and stone fruit flavors in the background. This brew is light-bodied and easy-drinking while still maintaining a balanced bitterness.

Thank You is Maine Beer Company’s anniversary beer (Happy Birthday you guys!), brewed with a different recipe each year and dedicated to their customers, nonprofit partners, employees, wholesalers, retailers, and everyone who continues to do what’s right. This year’s recipe is an IPA brewed with Saaz, Amarillo, Talus, and Nelson Sauvin hops. The brewers used a more traditional European hopping method that results in a softer bitterness to the beer. It combines European malts and Czech Saaz hops, which blend nicely with U.S. and New Zealand hop varieties. The result is a nice medium-bodied IPA with floral and citrus aromas, with notes of lemongrass, tropical fruits, and bread. 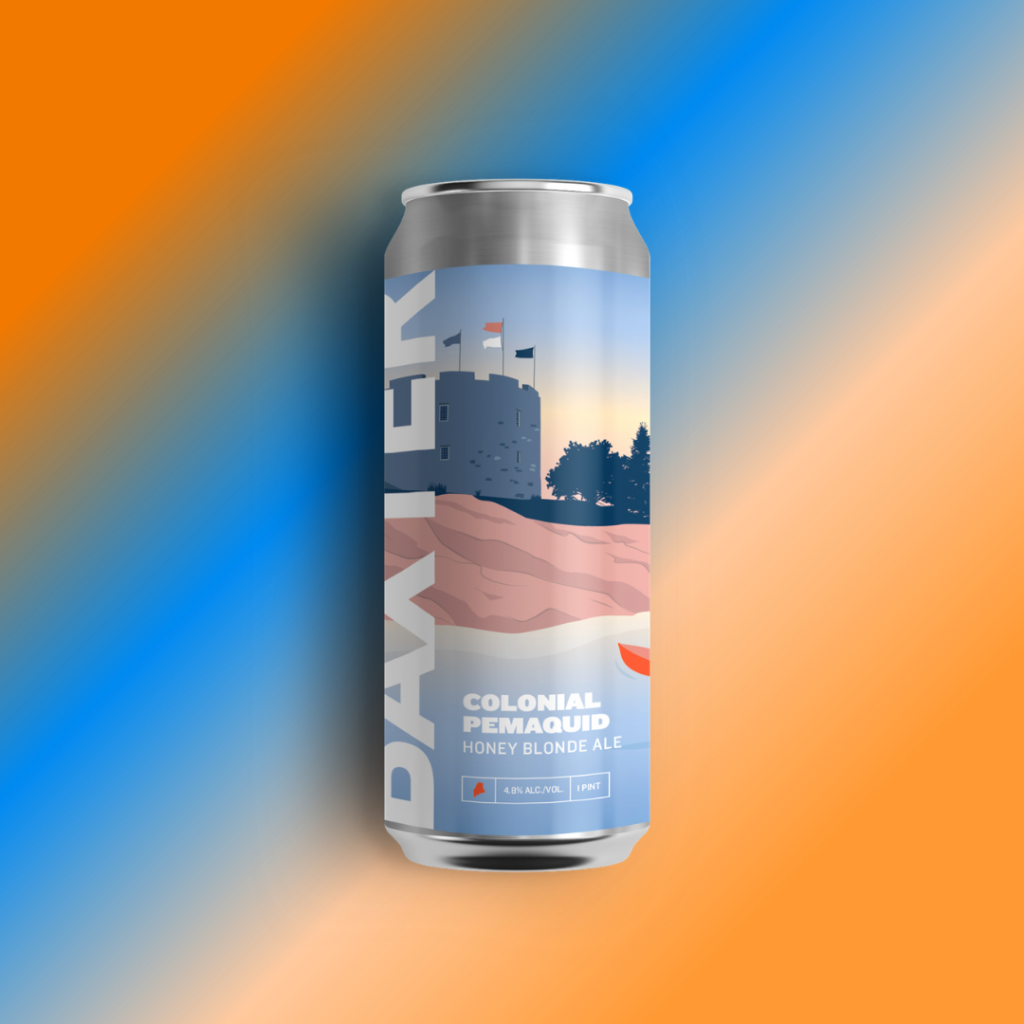 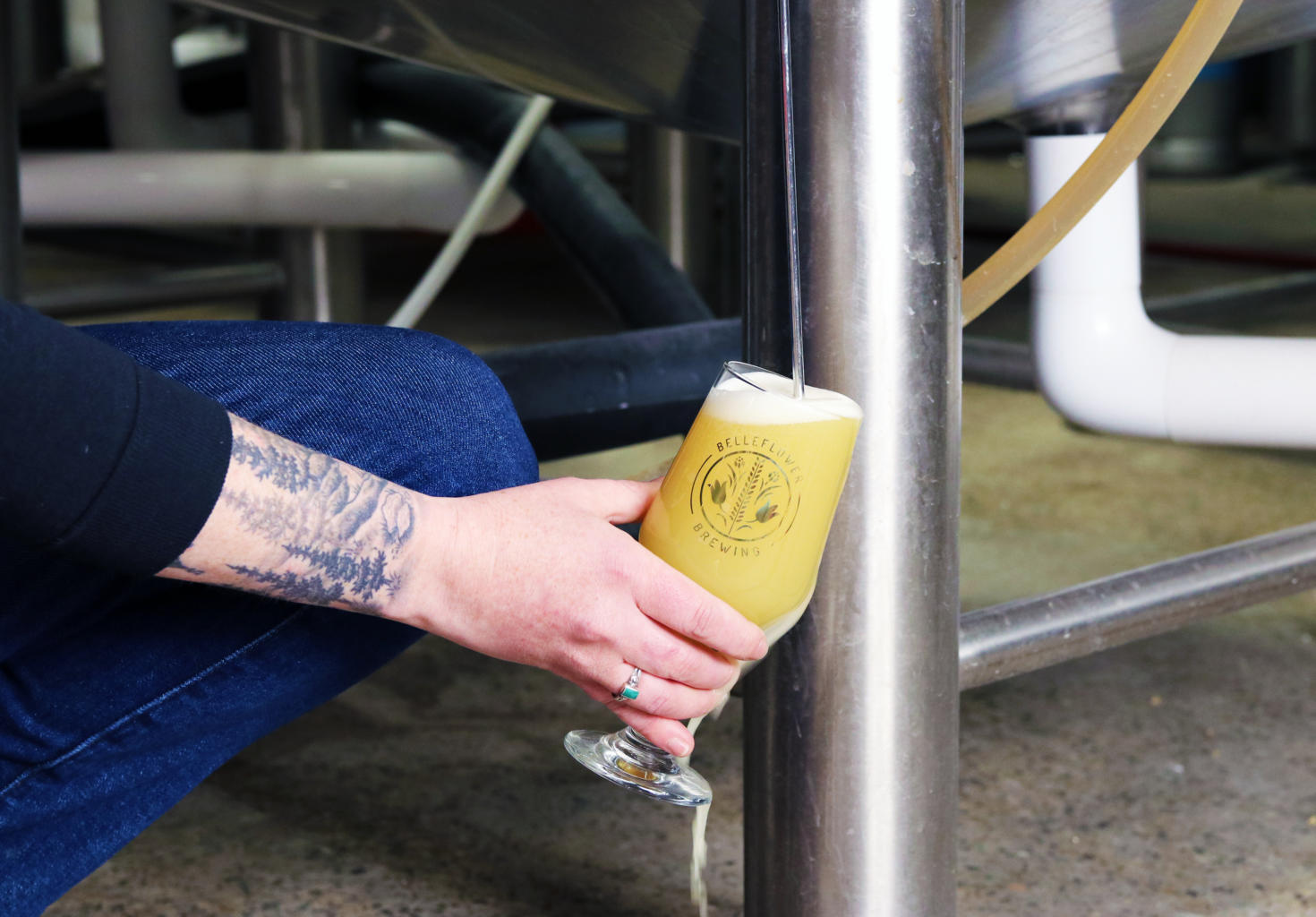 Scrugsy with Galaxy returns this weekend. Same dog, new collar. For this variant, Belleflower Brewing used Galaxy and Citra in the dry hop. Galaxy Scrugsy features kiwi, pineapple, peach, mango, and sweet tarts in the aroma. The first sip brings a crisp, minerally, slightly drying sensation that is backed up by hefty amounts of Blue Ox Malthouse wheat and oats, followed by a cornucopia of tropical flavors, stone fruit, and peach rings. 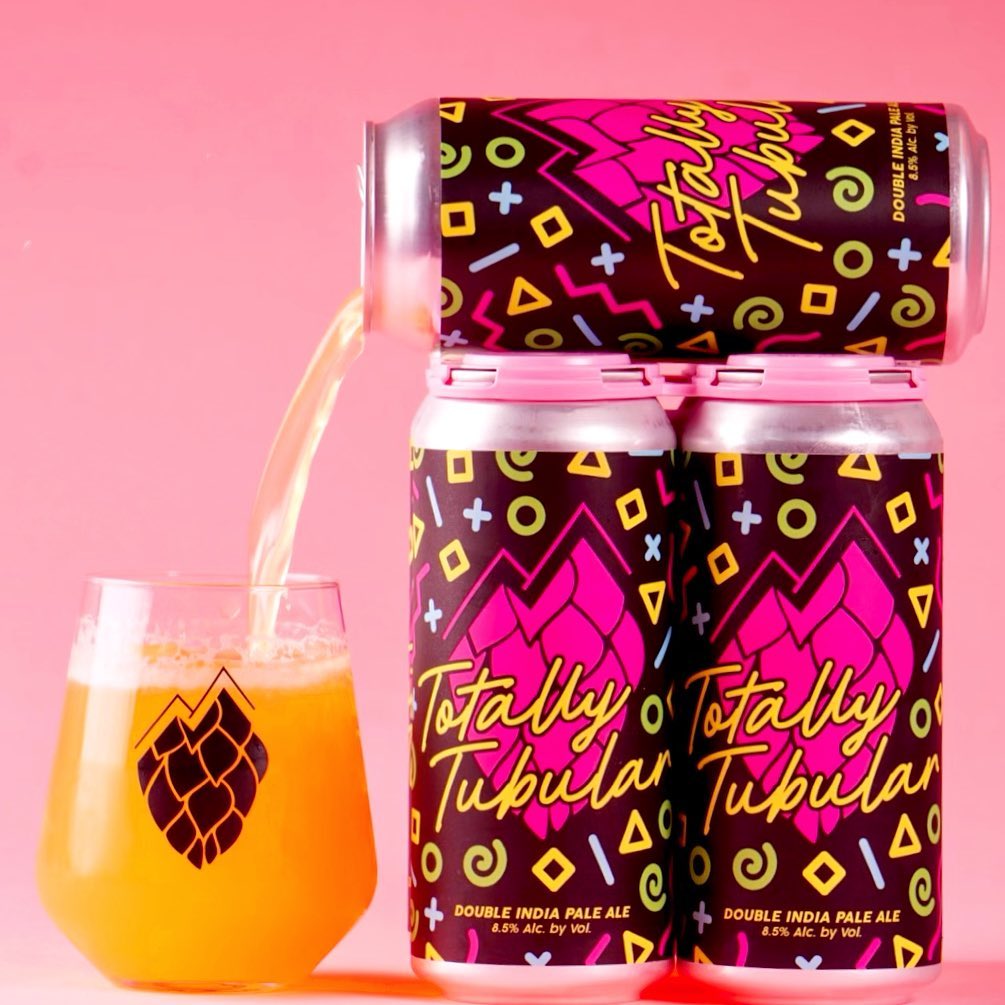 Totally Tubular DIPA is back and packing a huge hit of luscious tropical flavor. It’s triple dry-hopped with Strata, El Dorado, Citra, and Topaz. Look for it at beer stores and on tap in Maine this week.

This week Bissell Brothers is serving up a deliciously frothy Cream Ale, Foulmouthed Brewing teamed up with Arcadia National Bar to brew a beer benefiting dogs in need, and Mast Landing is inviting you to enjoy some Sports & Leisure. 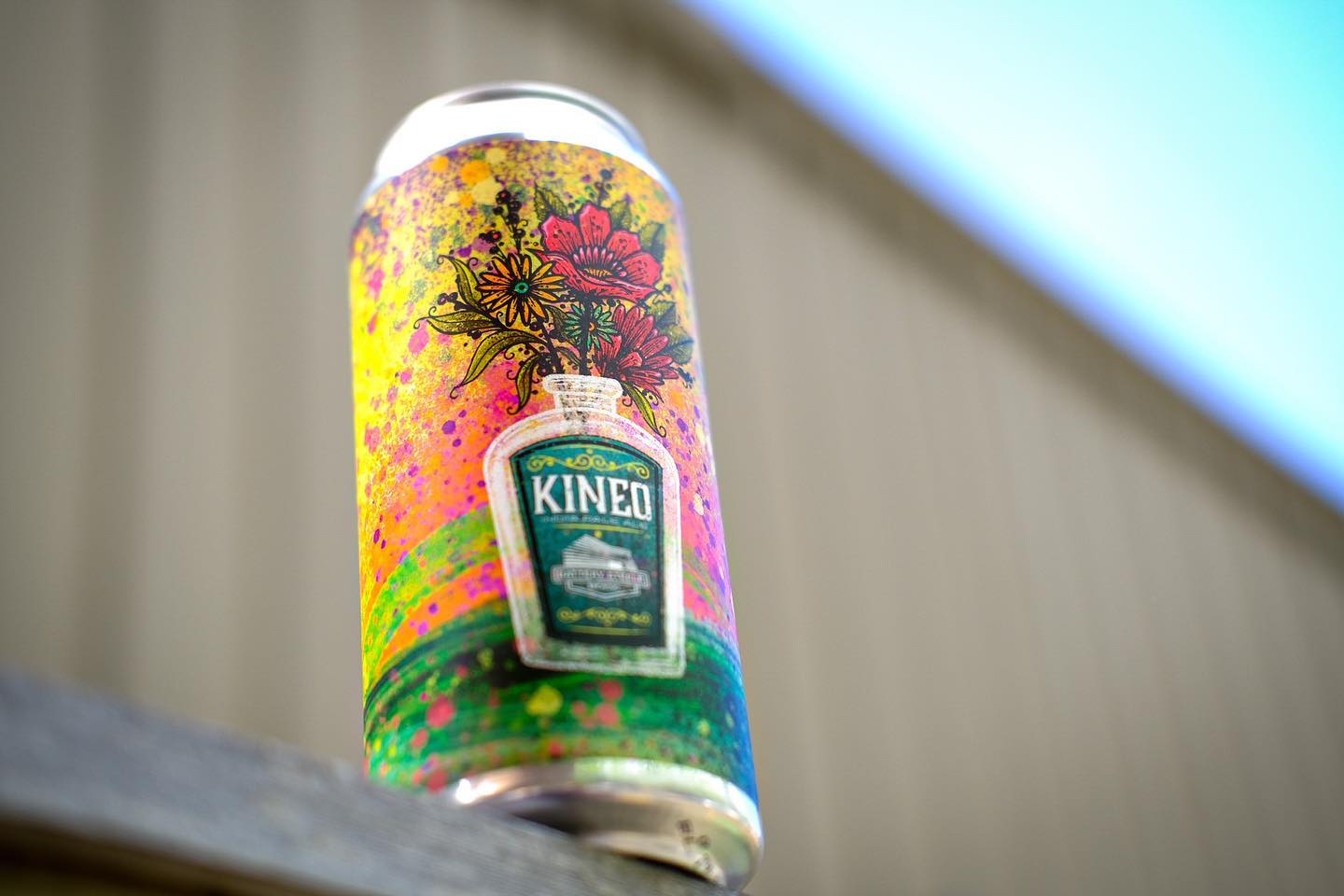 A fresh batch of Battery Steele’s Southern Hemisphere IPA is back at the taproom. Kineo is hopped with Waimea, Motueka, and Vic Secret, imparting a unique hop profile of dank citrus, pineapple, and passion fruit. 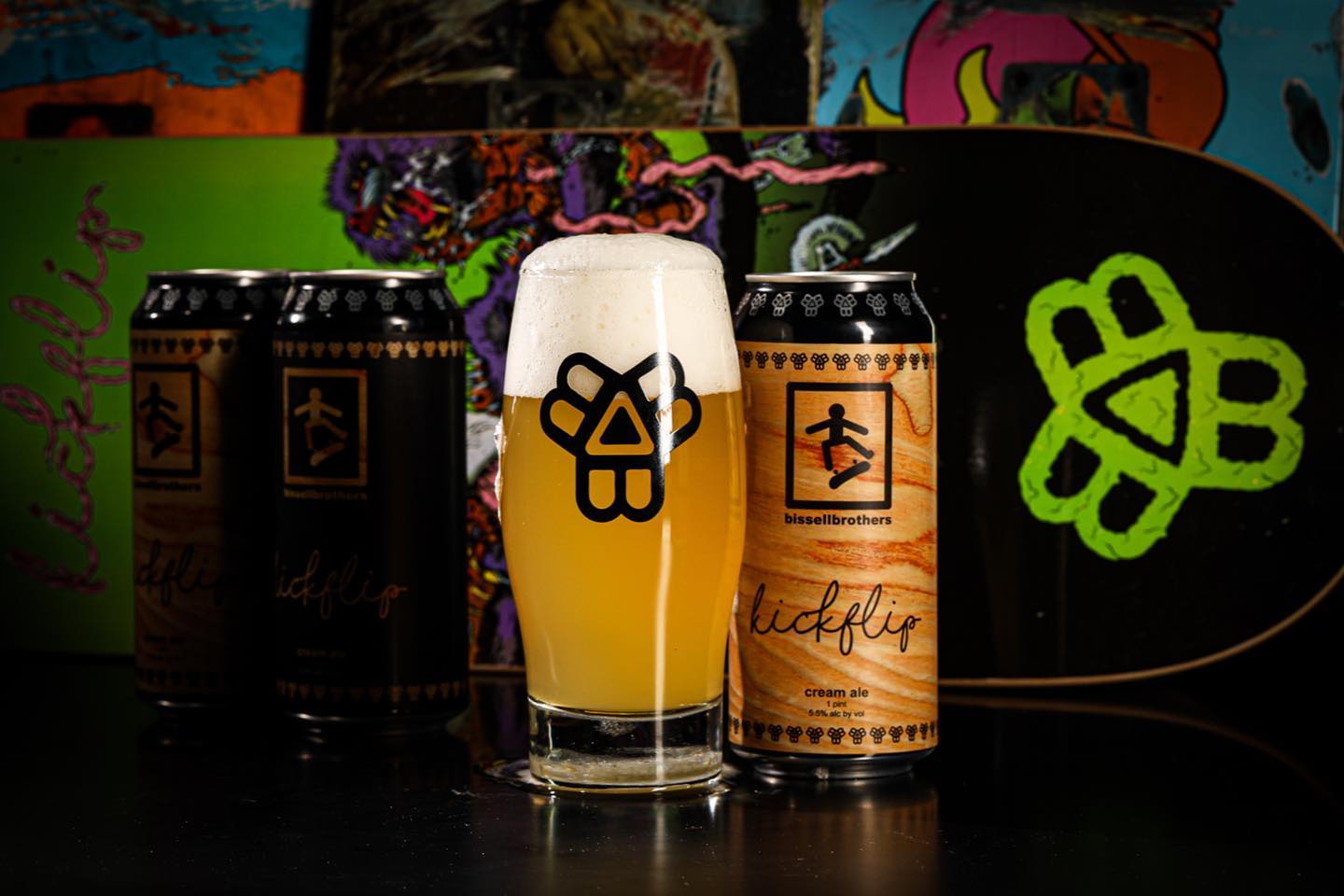 Kickflip, Bissell Brothers Brewing’s ridiculously crushable ode to Cream Ale, is back. An often misunderstood style that is reminiscent of a lager but definitely an ale, Kickflip is light-bodied but never skimps on flavor. It has notes of fresh tortilla, Wonderbread, and ripe strawberry. The perfect can to crack after landing a trick you’ve been attempting for a really long time…and then maybe have a second after you’ve downed the first. You earned it, bud. 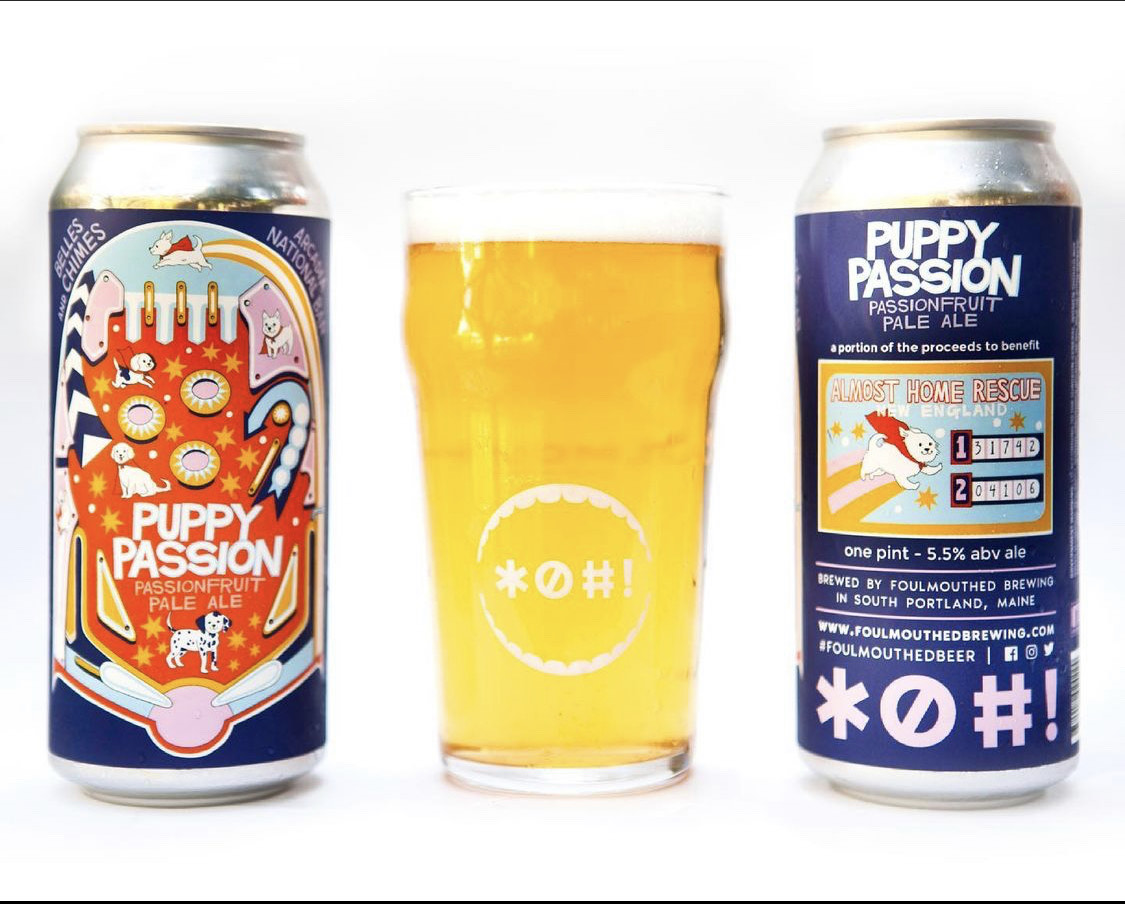 Puppy Passion was brewed with Arcadia National Bar in support of the local chapter of Belles and Chimes (women’s pinball league) to support Almost Home Rescue, which is dedicated to saving lives and finding forever homes for stray, abandoned, and surrendered dogs 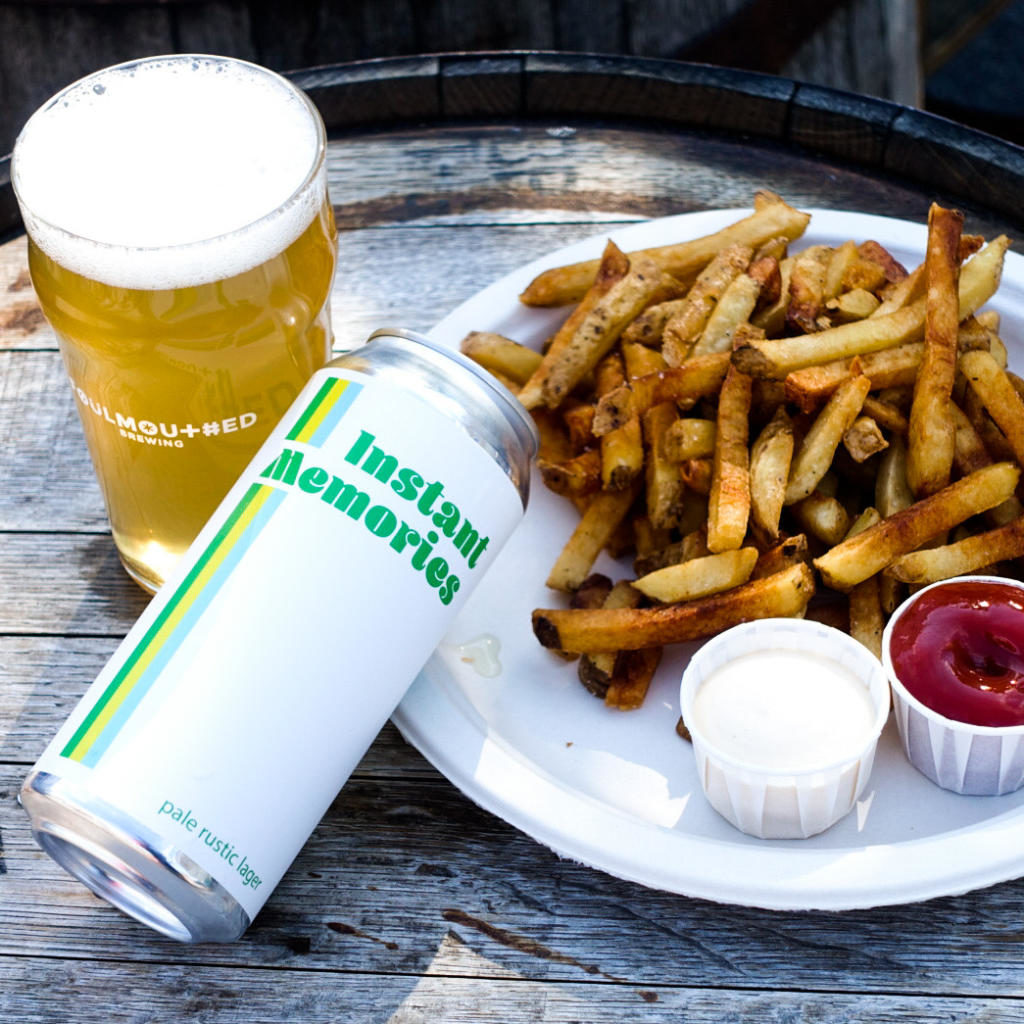 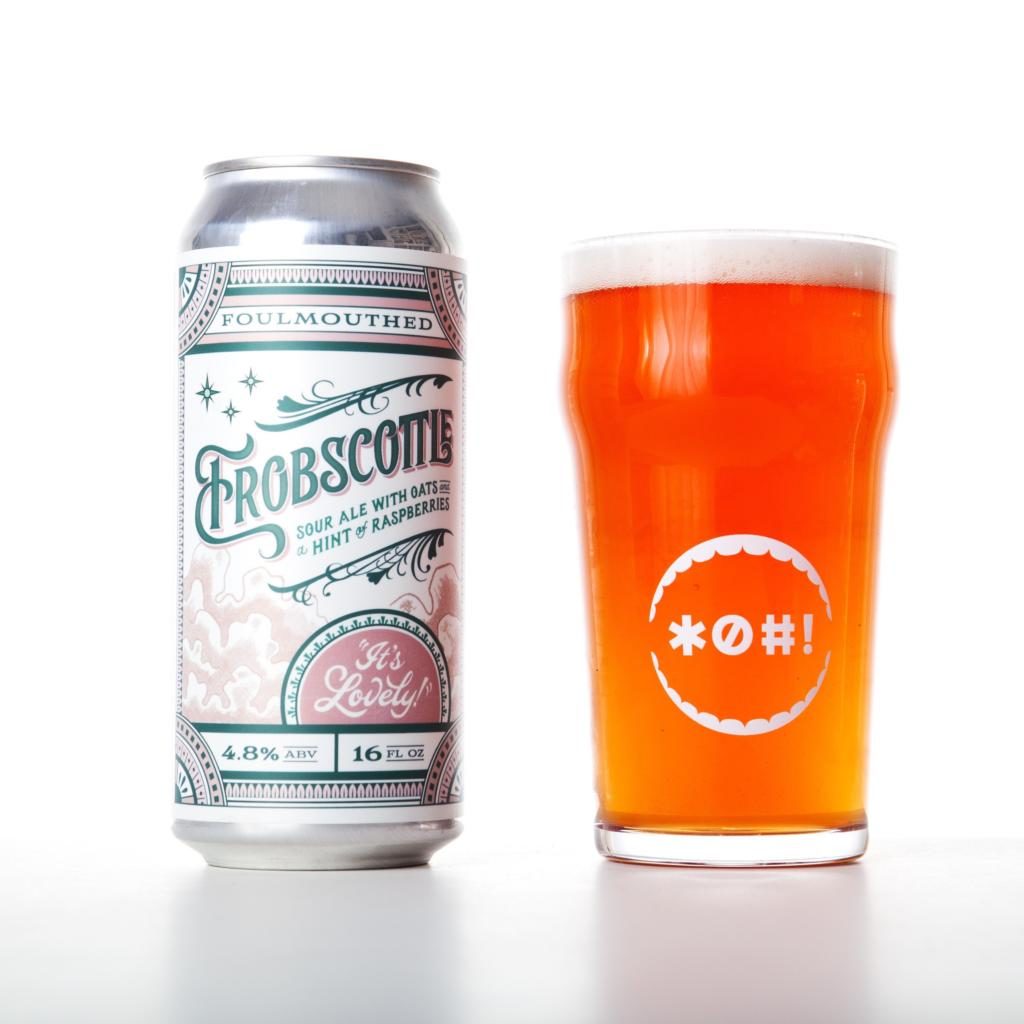 Other newly canned releases this week include Instant Memories, a Pale Rustic Lager (5.2%), and Frobscottle, a Sour Ale brewed with oats and a touch of raspberries (4.8%).

Big Nelson, Gritty’s latest addition to their rotating IPA series, is a West-Coast style IPA full of hoppy goodness. They dry-hopped this ale with copious amounts of Nelson Sauvin hops, which gives this beer a seductively fruity aroma and finishes with notes of gooseberry, pine, and tropical fruit.

Bob’s Best Oatmeal Brown has a higher alcohol content than a traditional brown ale. Gritty’s added a generous portion of oats to the grain bill, which contributes to a silky mouthfeel up front and notes of toffee and modest hop bitterness on the finish.

Tropical Storm was aged on enormous amounts of guava, mango, and passionfruit. It’s an original collaboration with their friends at the Bier Cellar. 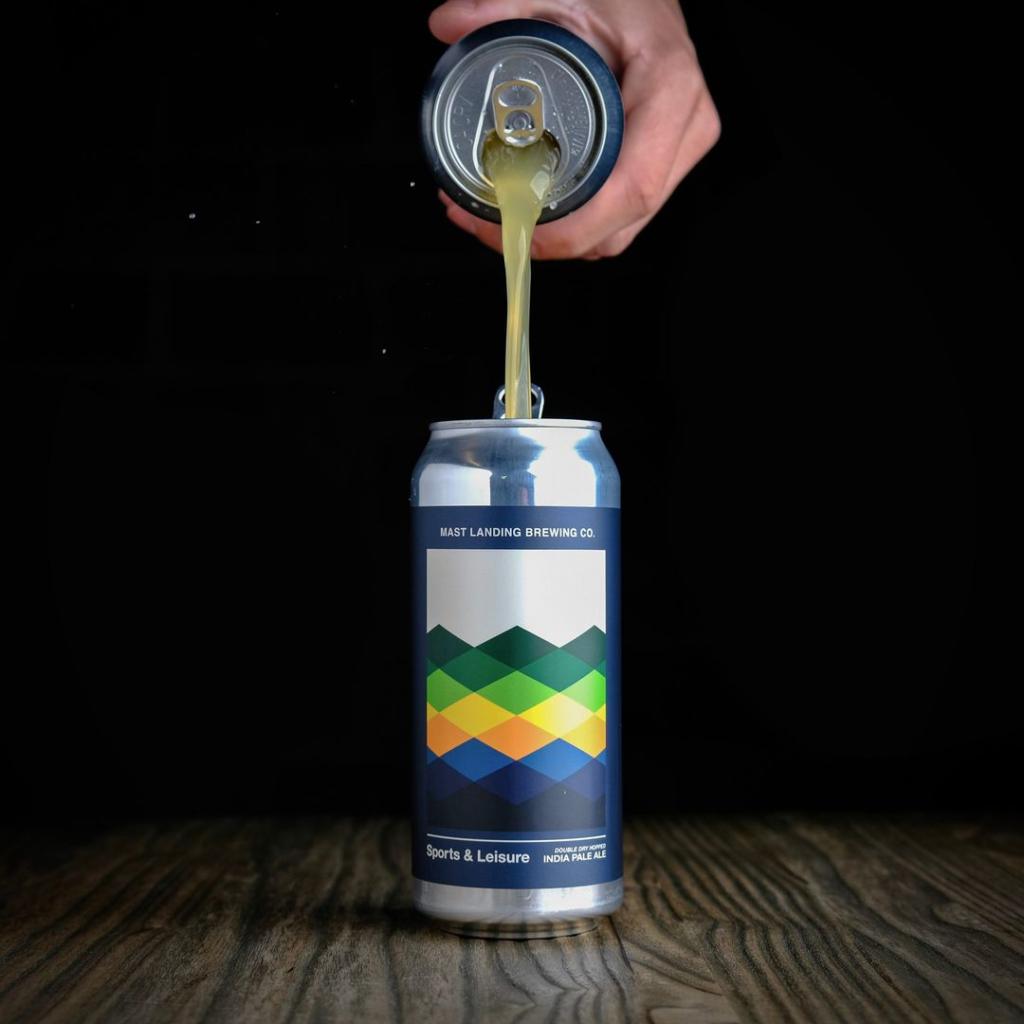 The refreshing treat you deserve after a long run, a round of tennis, or a day of lounging at the pool. This juicy and tropical New England-style IPA is brewed with Simcoe, Amarillo, and Azacca hops. 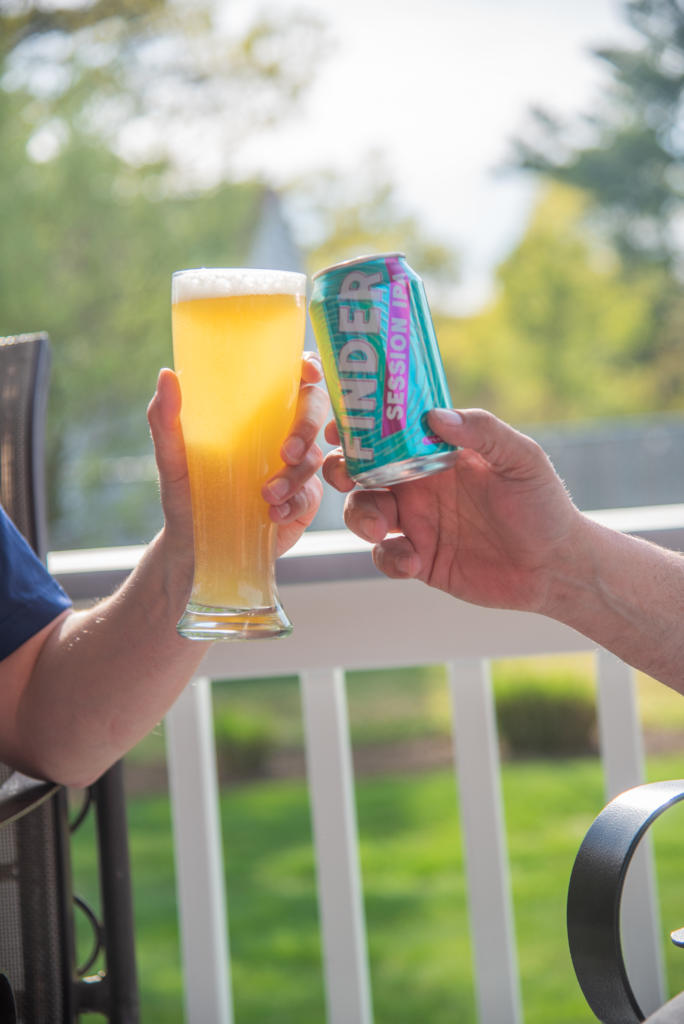 Attention IPA Lovers! Shipyard Brewing’s famous Finder New England IPA now has a little brother – Finder Session IPA! They’ve crafted the perfect brew with all the citrusy and fruity hops of the original Finder, but at a more approachable ABV of 4.1%, so you can keep doing more of what you love. Find your session! 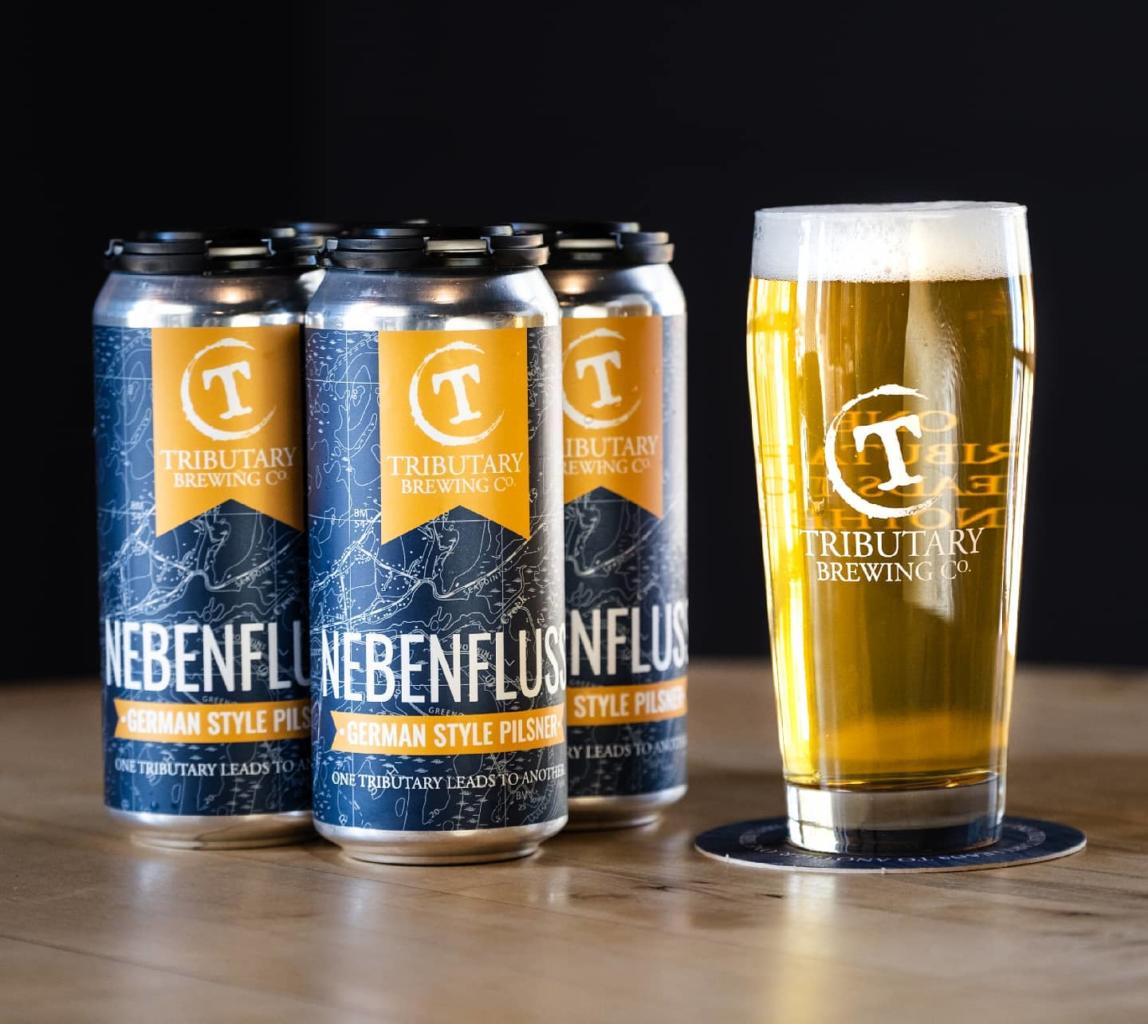 Tributary Brewing is introducing a new Pilsner series! Kicking things off is Nebenfluss, a German Pilsner. It’s a straw blond lager known for its diminutive hop character. Delicately spicy and herbal, yet refined, this lovely Pils has a touch of biscuit and honey flavors from the German varietal malts.

This week cask-aged beers are getting a shout out, there are big doings brewing over at Bissell Brothers and we aren’t referring to their beer, Allagash brewmaster Jason Perkins gets real about the importance of water quality when brewing beer, and bars and restaurants are on the struggle bus trying to find workers as we emerge from the pandemic.

A sour from Allagash, a pale lager from Goodfire, and a new version of Bissell Brothers’ Substance have all spent some quality time in a cask.

As reported back in January, they have leased the adjacent restaurant space (formerly Locally Sauced Burritos) to launch Bissell Brothers Kitchen as part of their growing business.

Mike Tripp enjoyed bartending and chatting with customers at the High Tide Restaurant and Bar in Brewer, but the extra COVID-19 safety precautions plus the already fast pace of the job wore on him and he left a couple of months ago.