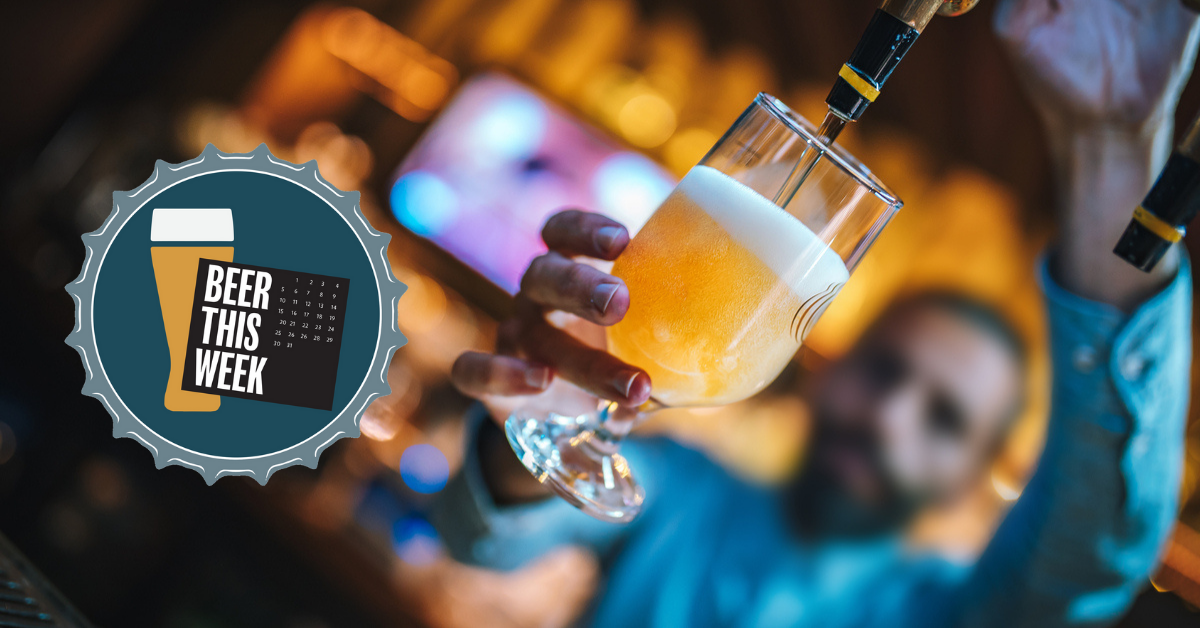 What a week! We’ve already celebrated May the Fourth (Be With You) and Cinco de Mayo, and now Mother’s Day is barreling towards us. Depending on the mom in your life, may we suggest you skip the traditional mimosa brunch and give mom what she really wants, a trip with her favorite child (come on, we all know you’re mom’s favorite) to a local tasting room. Personally, we think it’s the perfect gift, along with some brewery swag. Last-minute gift givers, take note!

Get with the Times and make sure you Peep(er) these upcoming beer releases that we’re Definitive-ly sure you won’t want to miss, even if you’ve been blinded by the Light. OK, not our best lead-in, but seriously, check out these scrumptious beers coming to a tasting room or store near you!

Little Sal, a Flanders red-style ale aged on Maine lowbush blueberries, and Coolship Resurgam, a blended spontaneous beer 3+ years in the making, are making their triumphant return to Allagash’s lineup today, and are joined by a brand new beer—Cherry Lime Times. 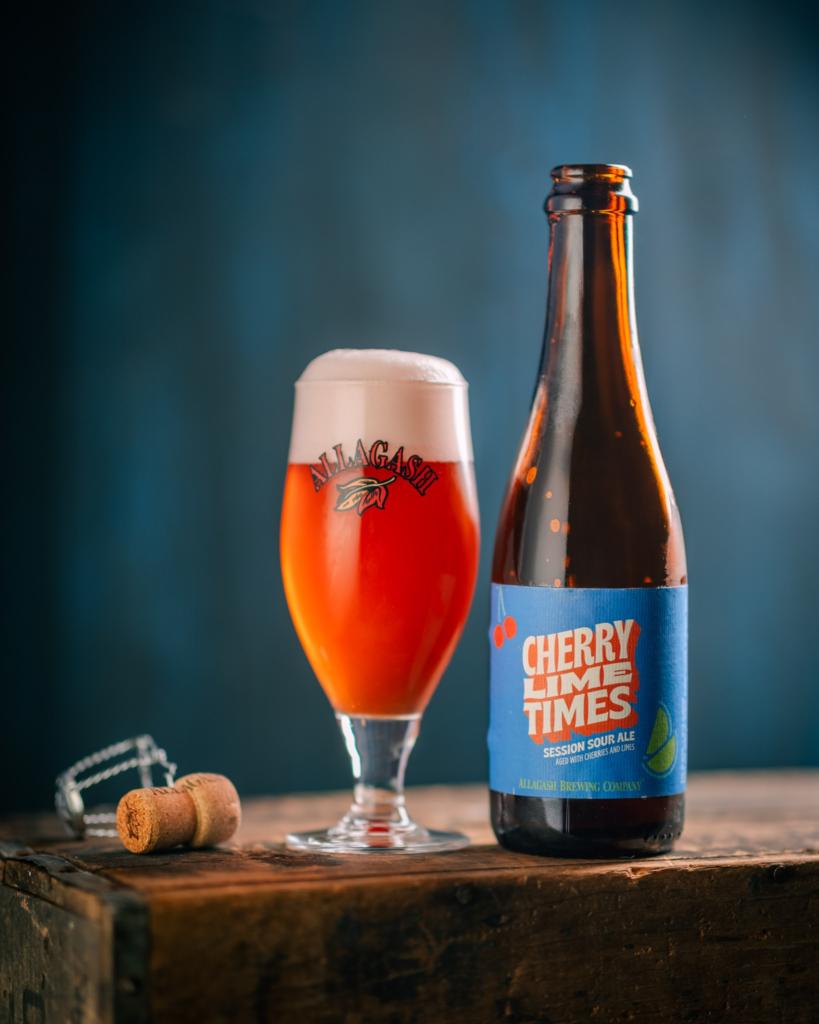 Inspired by cherry-lime slushies and warm summer evenings at the drive-in, Allagash took a foudre-aged, session-strength sour ale and aged it on fresh, Maine-grown cherries for around four months. Just before it was ready, they added fresh lime zest for that extra citrus kick. It’s time to have the Cherry Lime Time of your life! 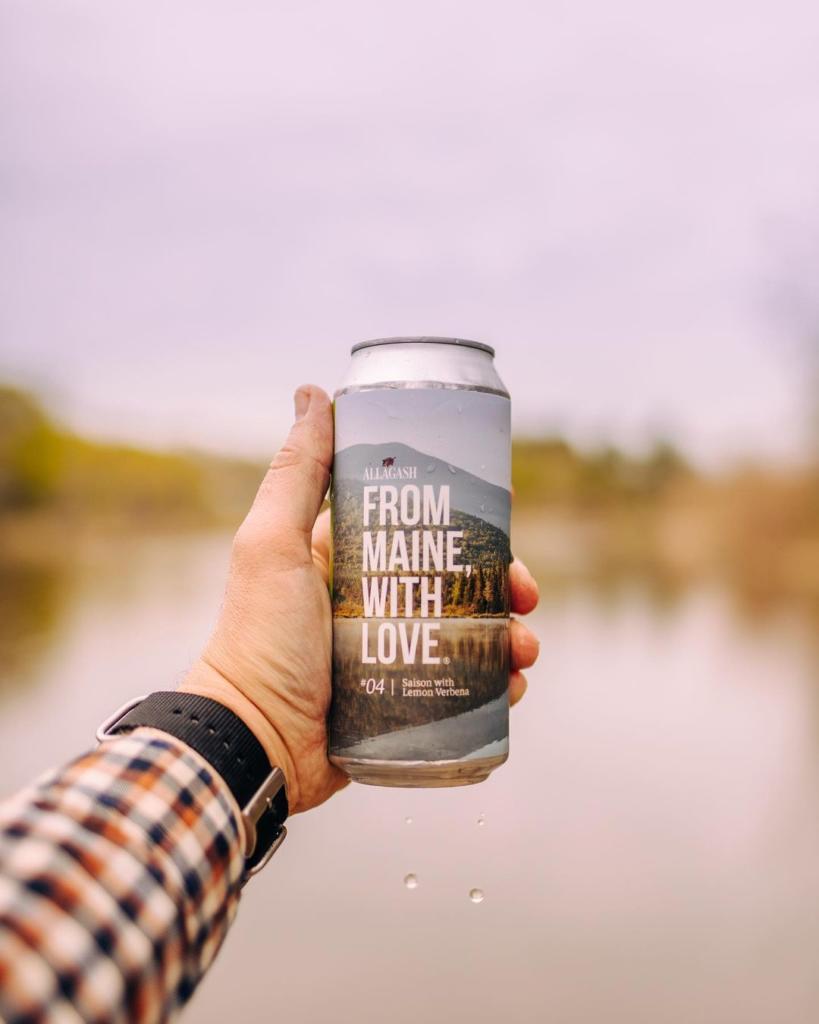 Also releasing today is the latest in Allagash’s From Maine, With Love series. Take the tropical notes from Saison yeast and add a unique ingredient—in this case, lemon verbena—and you’ve got something so much more complex than the sum of its parts. Citrusy, herbaceous, dry, balanced, and refreshing, From Maine, With Love #04 sprung from a pilot idea brainstormed by an Allagash employee who also happens to run a local organic farm. 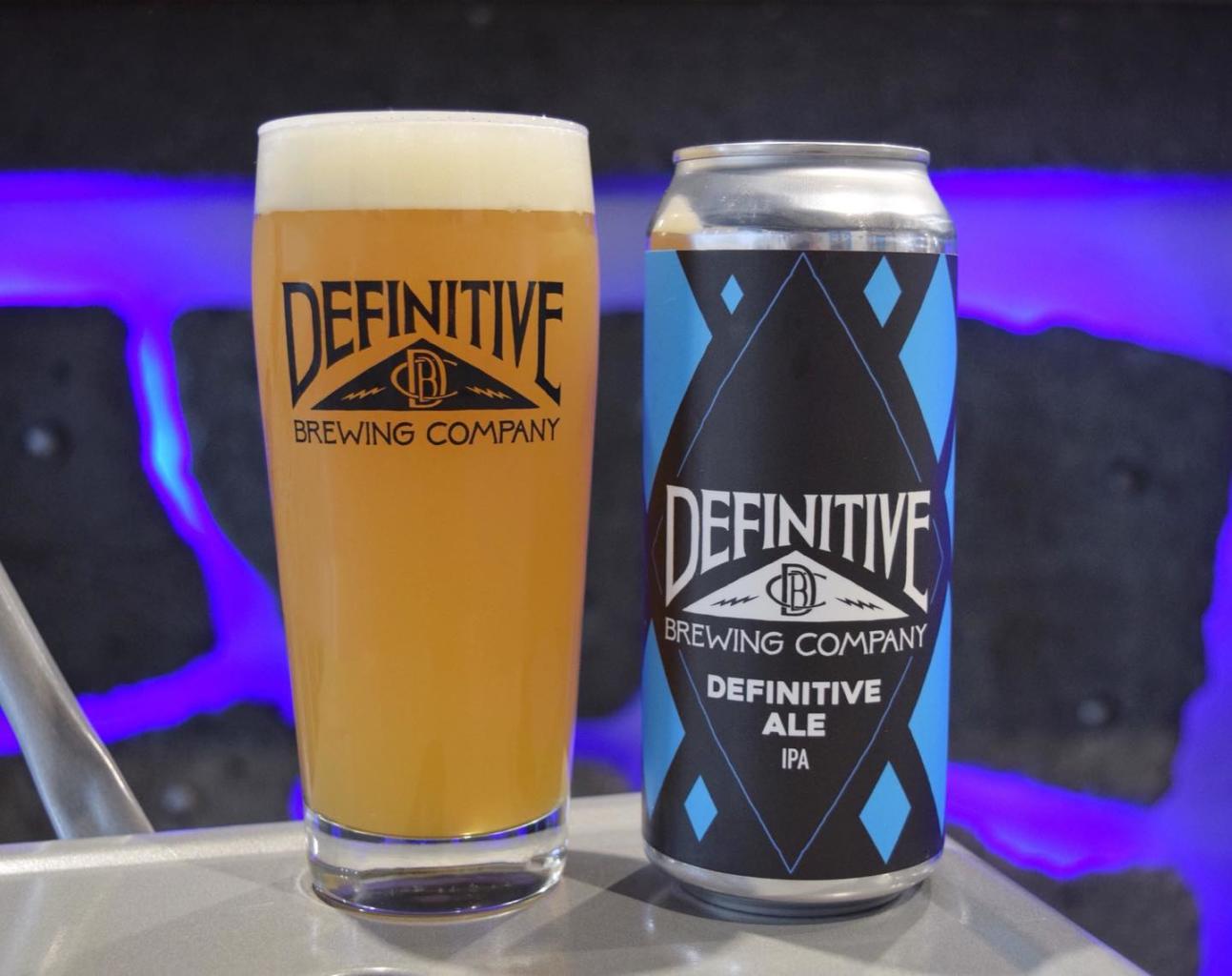 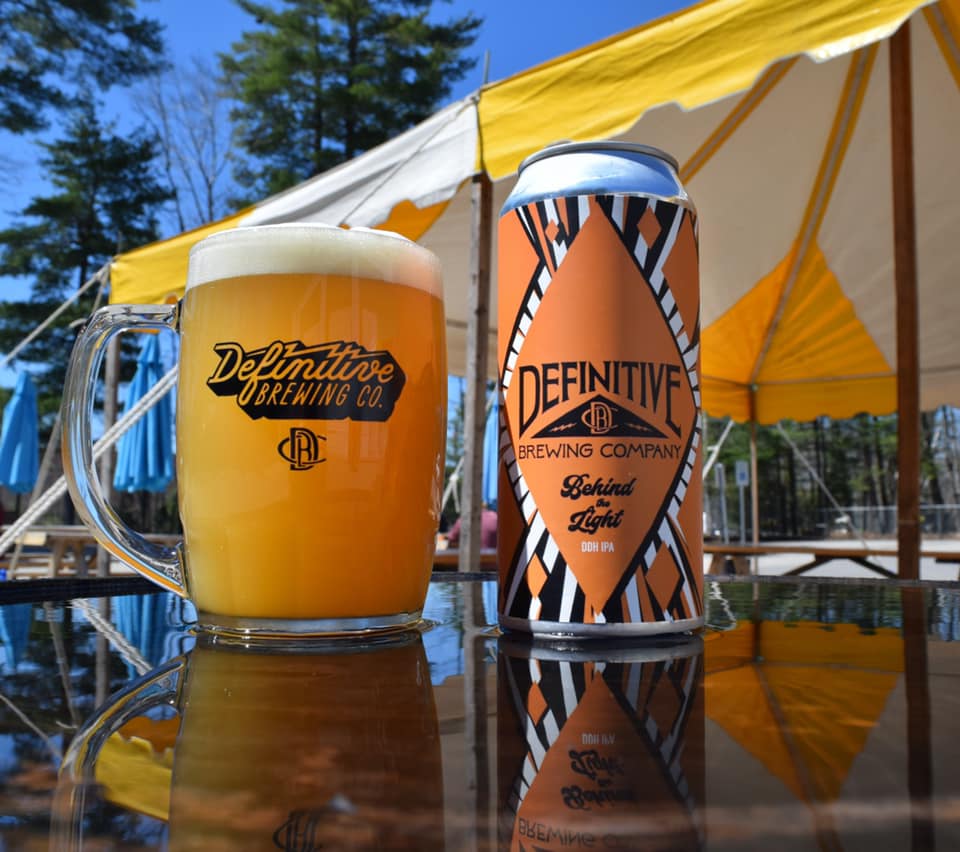 Definitive is Ale we need! This classic is dry-hopped with Pacific Northwest and Australian hops and bursting with tropical fruit flavors and aromas. Behind the Light is a double dry-hopped IPA with Citra, Mosaic, and Simcoe hops. It tastes and smells like freshly sliced cantaloupe, tropical fruit juice, and FruitStripe™️ bubblegum. Available starting Friday in Portland, Saturday in Kittery. 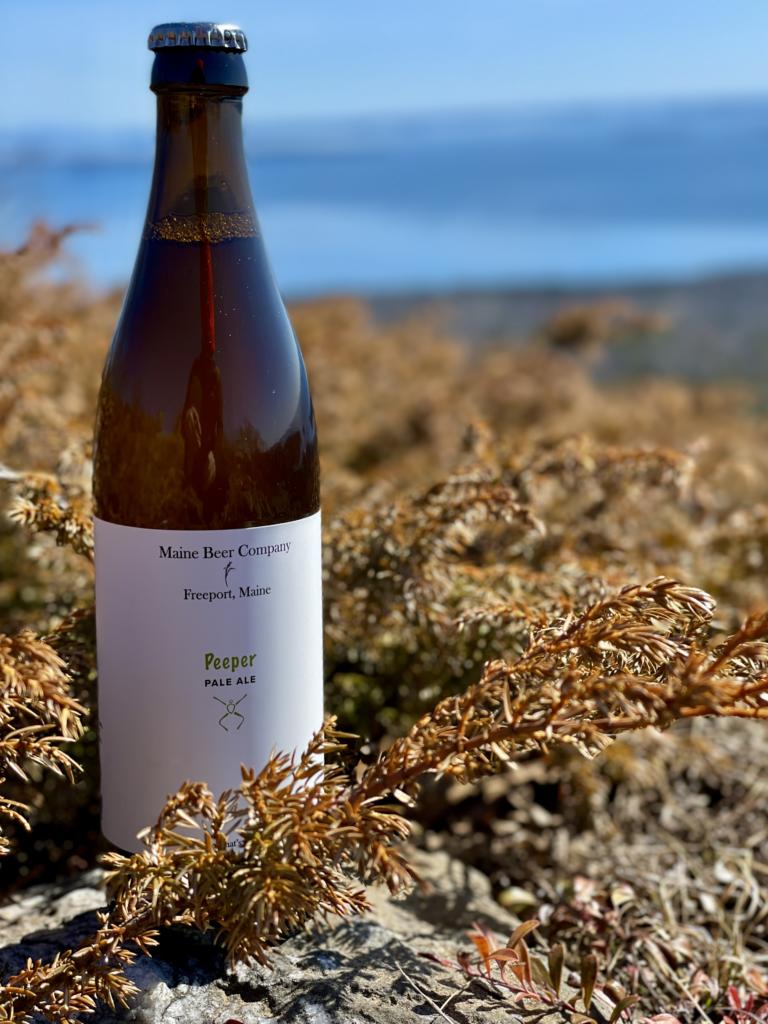 It’s rare that Maine Beer Company doesn’t have bottles of Peeper available, but occasionally it happens. Well, we’re happy to report that the brief drought is over, and Peeper is back! The first beer Maine Beer Company ever brewed, this pale ale is made with Amarillo, Cascade, and Centennial hops. Named after the spring peeper frogs that are an early sign of spring here in Maine, this easy-drinking beer is perfect all year round.

The latest beers flowing in Maine tap and tasting rooms are giving us hope that we’ve seen the last snowflakes for a while and that spring is officially here, with summer not too far behind. This week there are IPAs aplenty to sample, including Session IPAs, Double IPAs, and even TRIPLE IPAs. So. Many. IPAs!!!! We’ve also got several Strong Belgians, a Gose, a Pale Ale, a Pilsner, and even John Stamos! Sort of! Keep reading for all the deets. 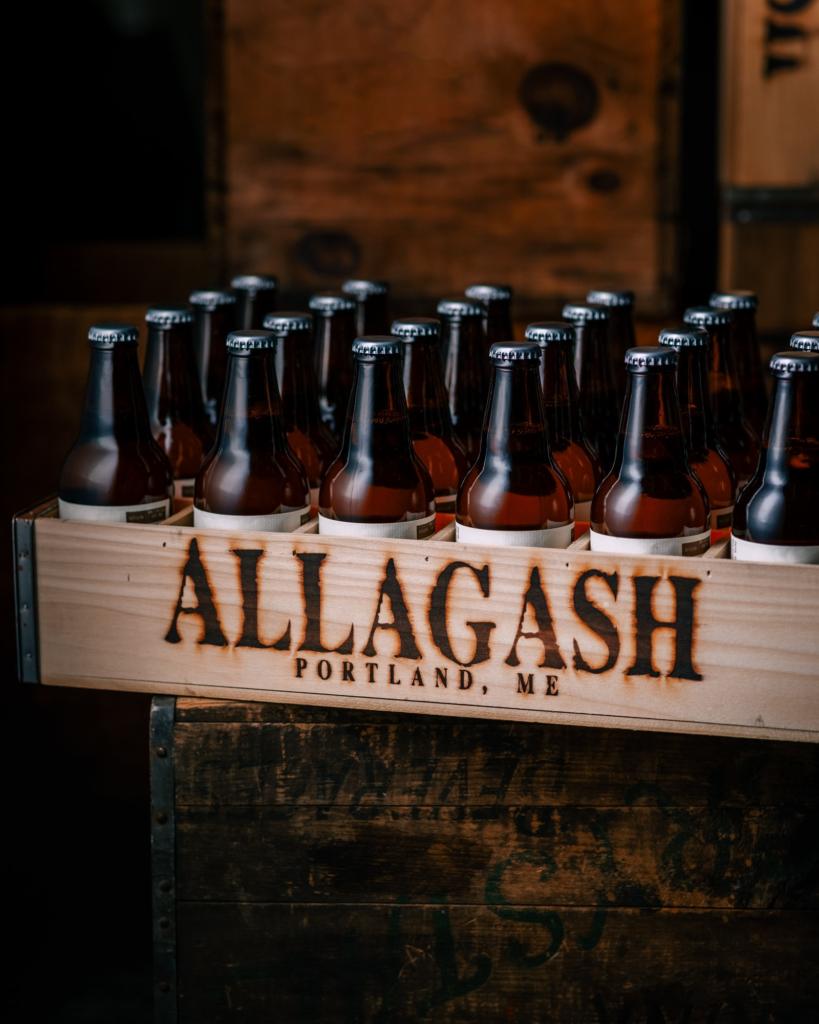 We couldn’t be more excited for Allagash to welcome their brewery-favorite House Beer back to the newly re-opened tasting room. This easy-drinking beer features hop-derived pear and grapefruit notes as well as a nice crisp finish. It’s available now in four-packs or in hand-crafted wooden crates—made specially by Doles Orchard—exclusively at the brewery. House Beer is back and we’re feeling pretty “crate” about it. 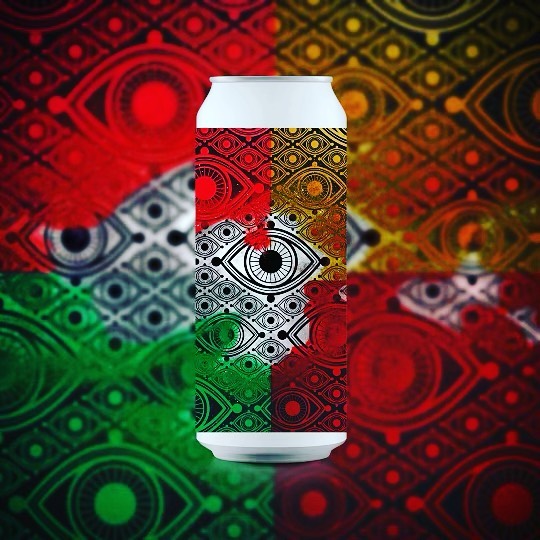 Strawberry Smash is a bourbon barrel-aged gose finished with strawberry, basil, lemon, and brown sugar, and is the latest entry in Barreled Souls’ Speakeasy series. 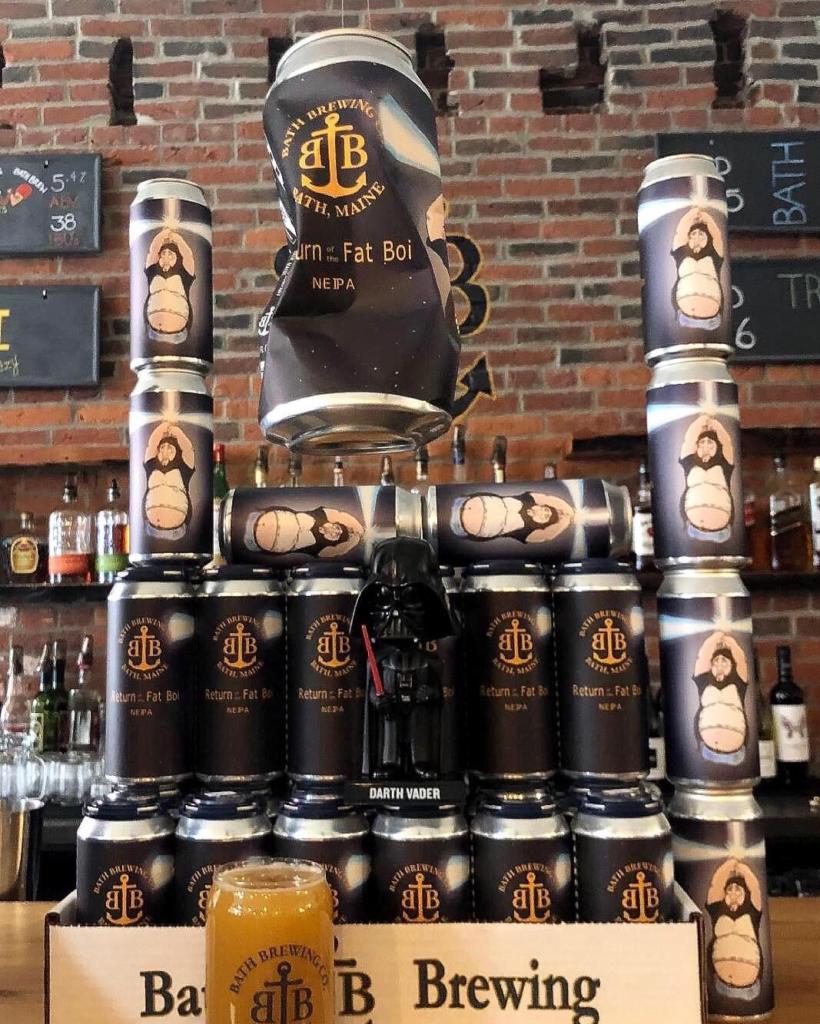 A May tradition, Fat Boi has returned to cans! This Kveik Mango New England IPA is hazy, tropical, and fruit-forward. Its blend of Citra and Citiva plays well with the real mango that is the beer’s hallmark. It’s available on draft at the pub, and this year cans will be a brewpub exclusive. 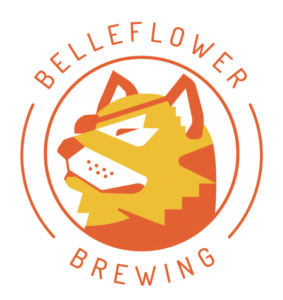 Freshie alert!! The folks at Belleflower just issued a new drop of their beloved IPA, Scrugsy, and this time are taking us on a new adventure. The latest iteration features Citra, Nelson Sauvin, and Talus; and is rounded out with Bru-1. A tropical delight that pours hazy and pale yellow, this iteration of Scrugsy brings aromas of overripe fruit, light pineapple and coconut, and a medley of citrus. From the first sip, you’ll feel like you’re drinking a fruity cocktail by the pool, layered with rich flavors of citrus and coconut, finished off by lingering notes of white grape. 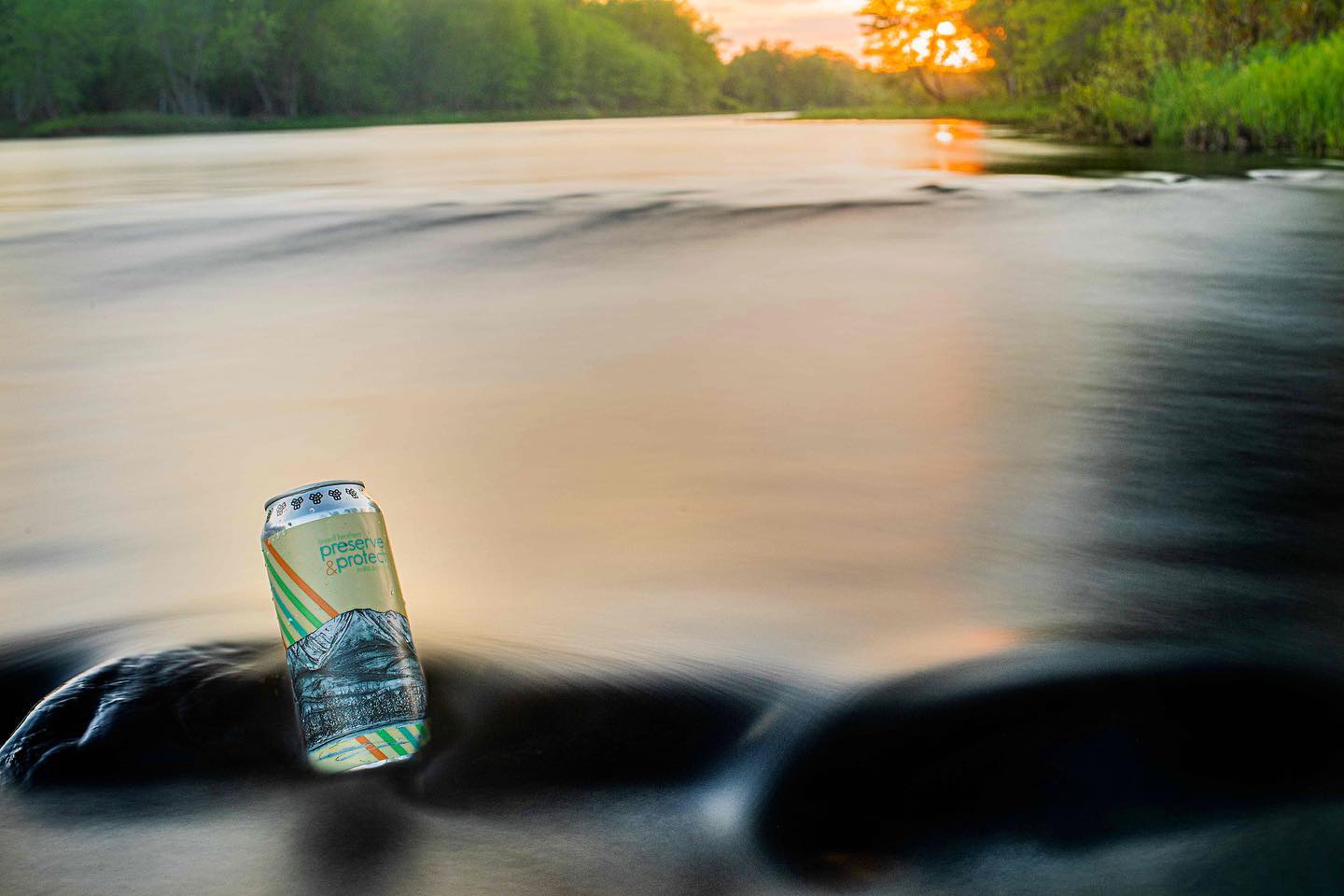 Preserve & Protect is a tribute to Jensen Bissell’s 30 years of work in Baxter State Park. A Double IPA hopped with Simcoe, Vic Secret, Citra, and Sultana with notes of grapefruit pulp, apricot, and the Maine woods. Each year, Bissell Brothers’ donates 3% of sales from Preserve & Protect to Friends of Baxter State Park, an independent citizen group with a mission to preserve, support, and enhance the wilderness character of the park. 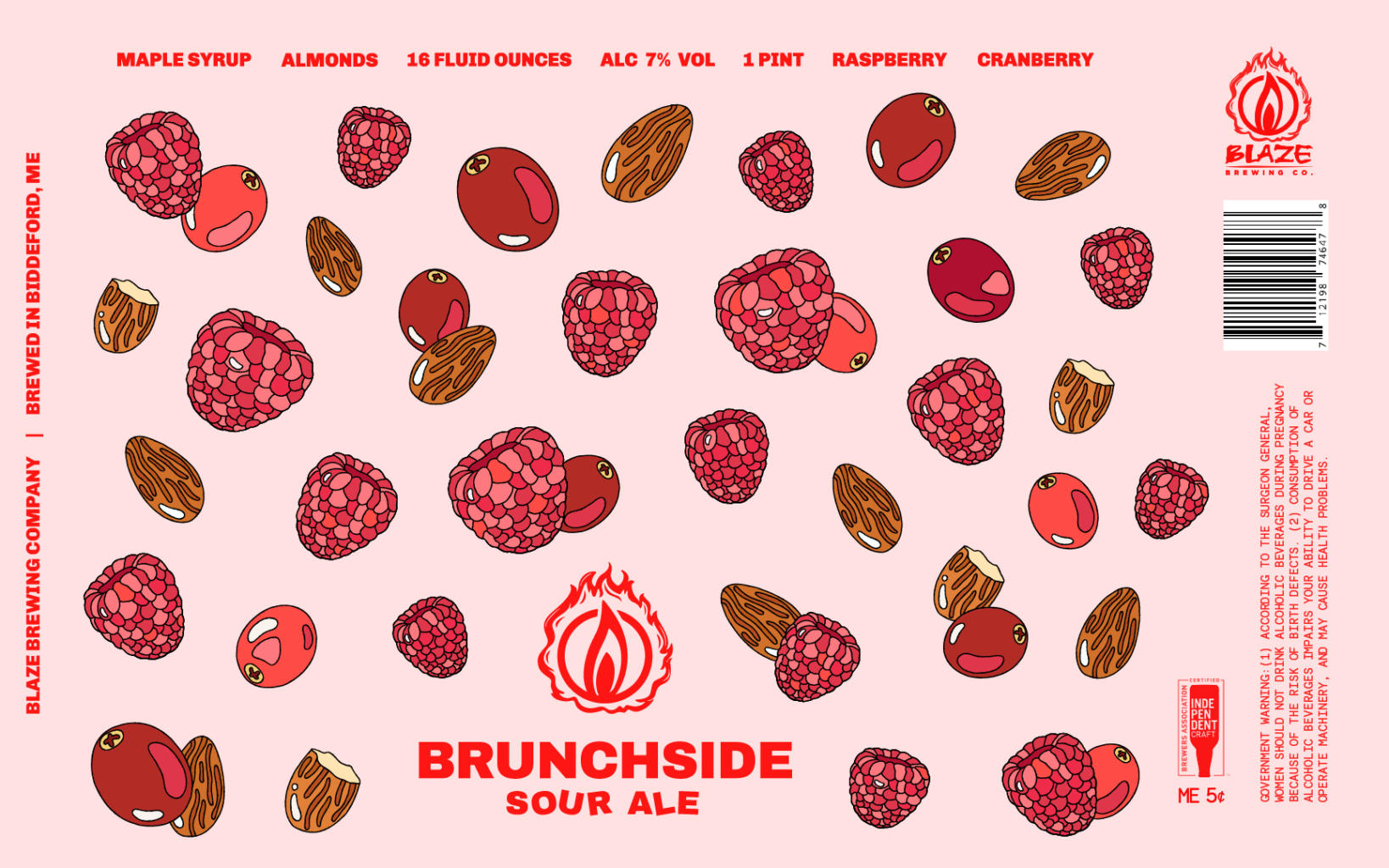 Brunchside is a slightly tart wheat ale conditioned on a large amount of raspberry and cranberry puree THEN treated with maple syrup and almond butter. Um, yum! We’re here for all of this. Brunchside pours a deep purple and tastes exactly like a fruit mixed with granola. A great way to start (or finish) your day. 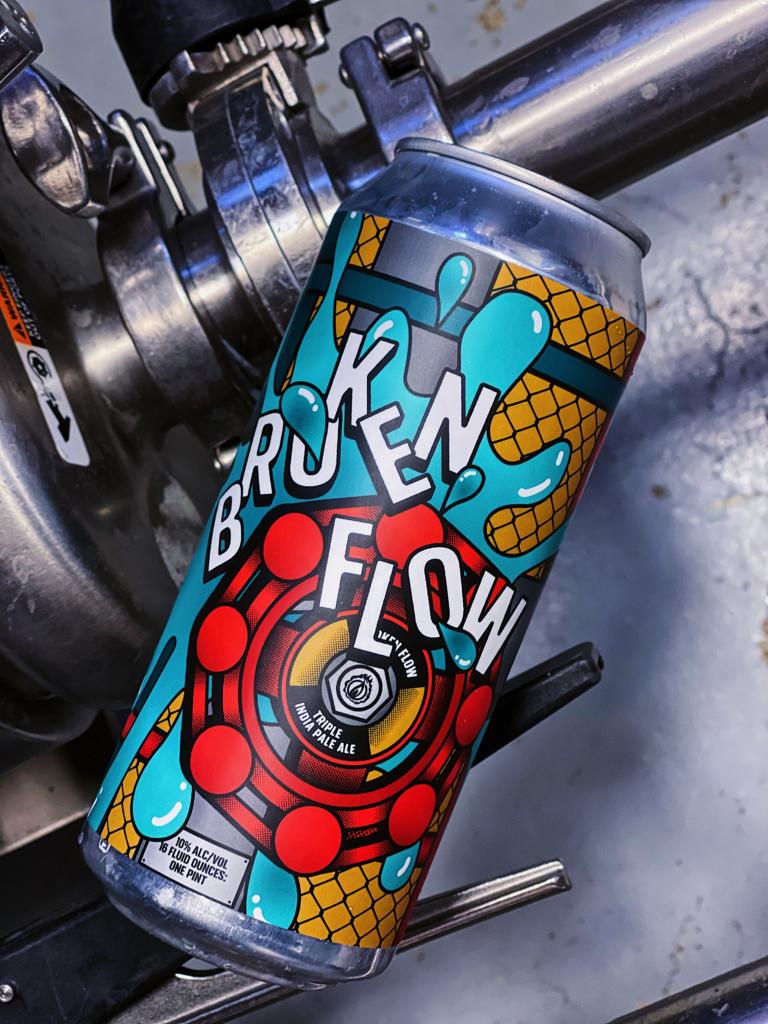 Broken Flow is the king of Blaze Brewing’s flow series. Broken Flow was dry-hopped irresponsibly with Citra, Mosaic, and Amarillo hops. The result is a mind-bending juice bomb to celebrate the arrival of the warm weather. 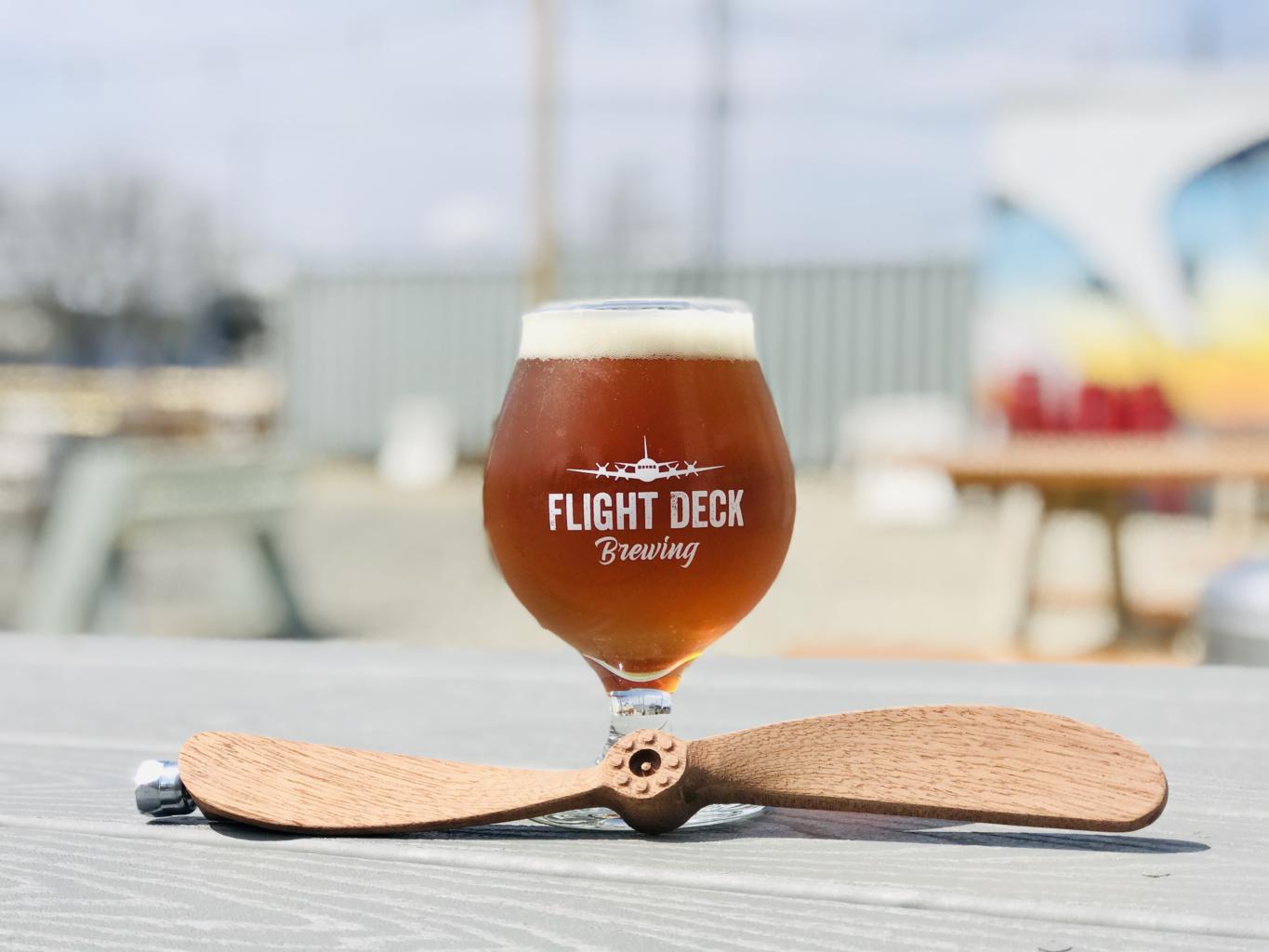 An easy-drinking Belgian with notes of clove, pear, and biscuit, Prop Blast is only available on draft at the tasting room. 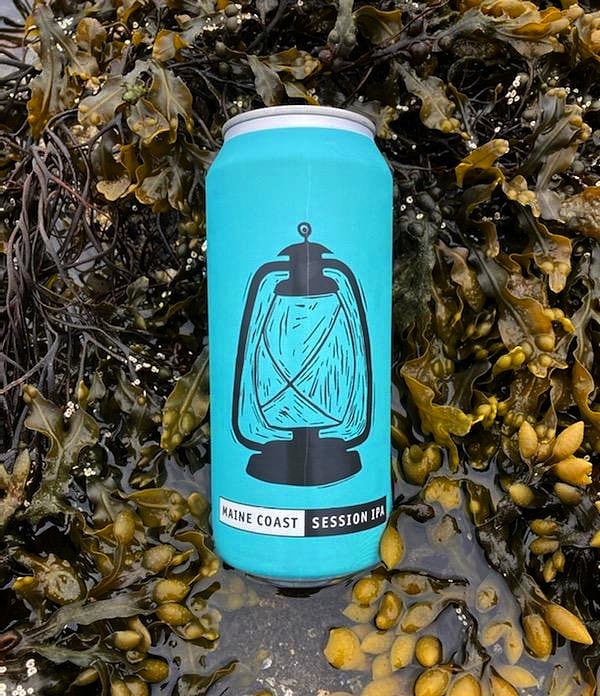 This Session IPA is brewed with Maine-grown oat, wheat, and barley malts; then generously dry-hopped with the charismatic Ella, Idaho-7, and Mosaic hops. 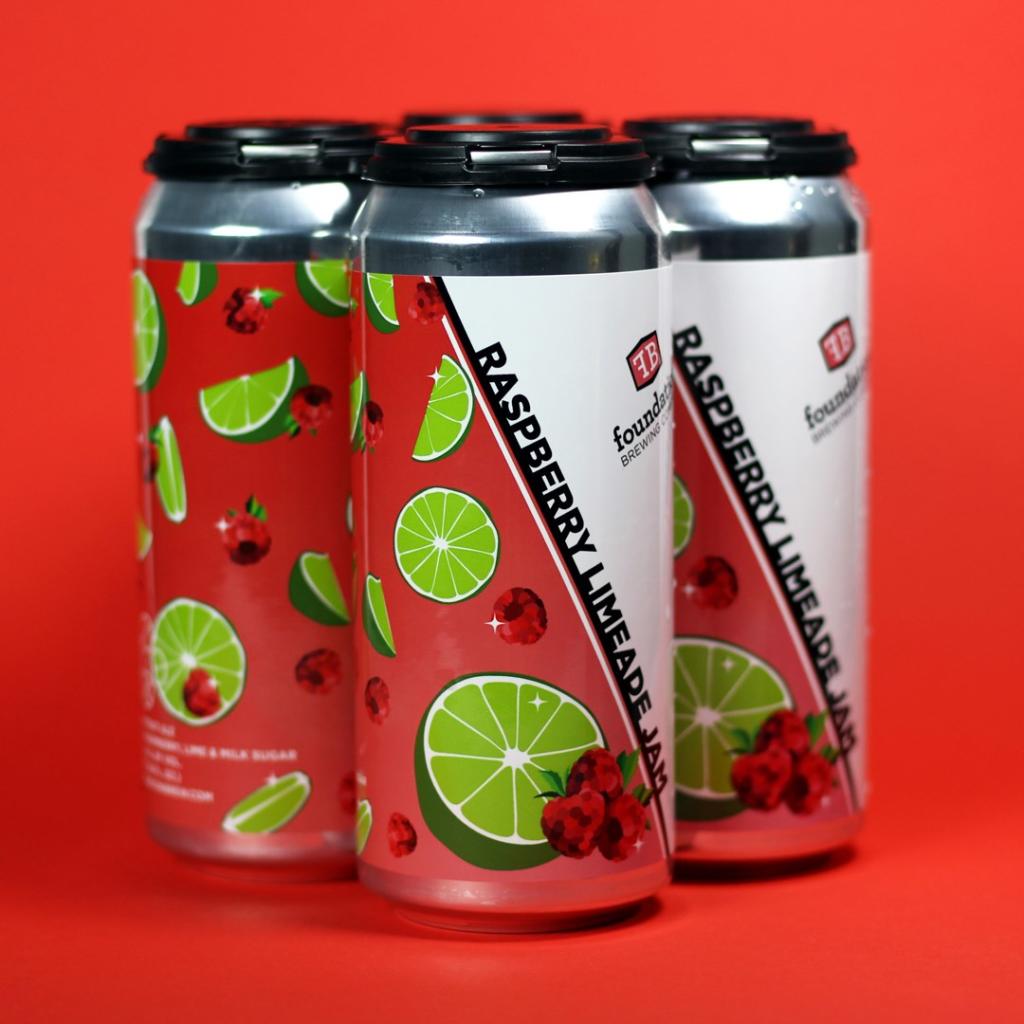 Raspberry Limeade Jam is Foundation’s newest kettle sour, brewed with milk sugar and fermented with jammy raspberry and a kick of tart lime. This beauty is the ultimate refresher. 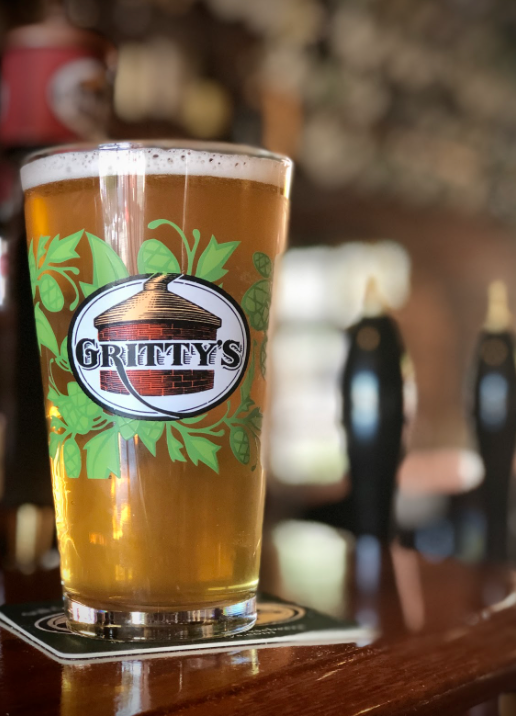 You can’t put summer in a bottle, but Gritty’s may have come close. Vacationland is an Extra Special Golden Ale with a deep brassy golden color, a full-body, and a snappy hop finish. The brewers use generous portions of pale malt with just a touch of wheat malt to give Vacationland that unique flavor that’s richer than most summer brews. A surprisingly robust malt character leads off with hints of caramel, toffee, and a touch of toasted grain. Then, a lemon citrus snap cuts through at mid-palate. Vacationland finishes with a delicate leafy hops flavor from the Cascade leaf hops that Gritty’s uses. It’s the perfect brew for all things summer. 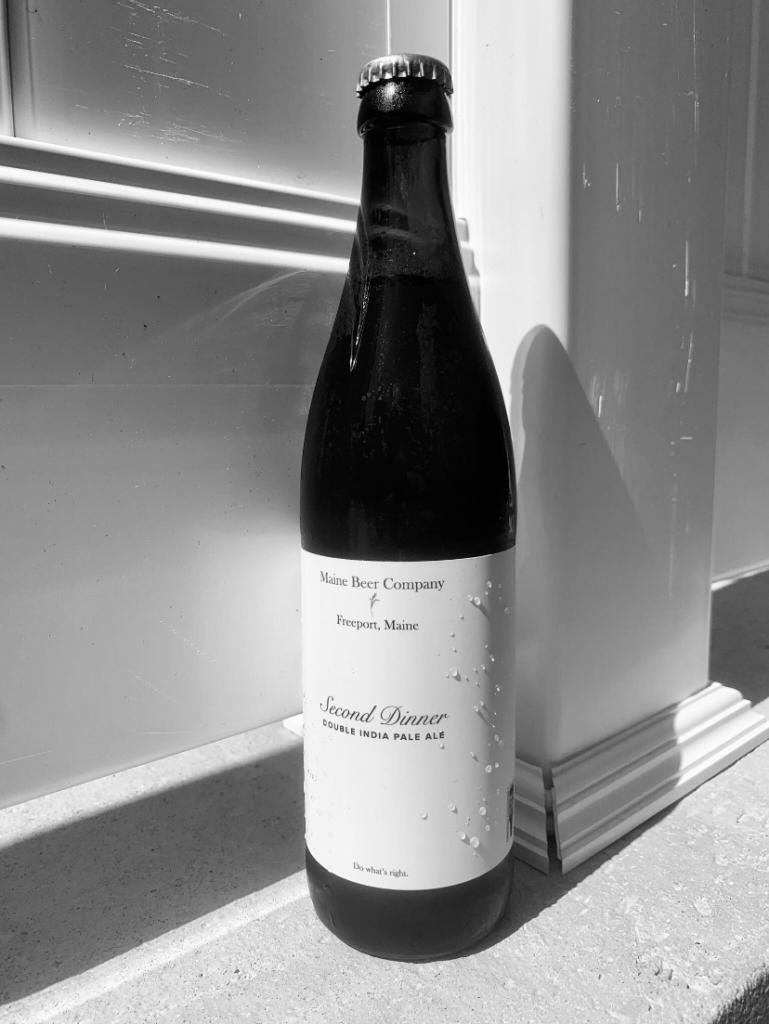 Second Dinner is only the second DIPA Maine Beer Company has ever brewed. It utilizes Amarillo, Citra, HBC 522, and Idaho 7 hops, and has notes of bright citrus, pineapple, and a strong fruit aroma. Another One is brewed with Cascade, Citra, and Simcoe hops, giving it aromas of pineapple, mango, and guava. 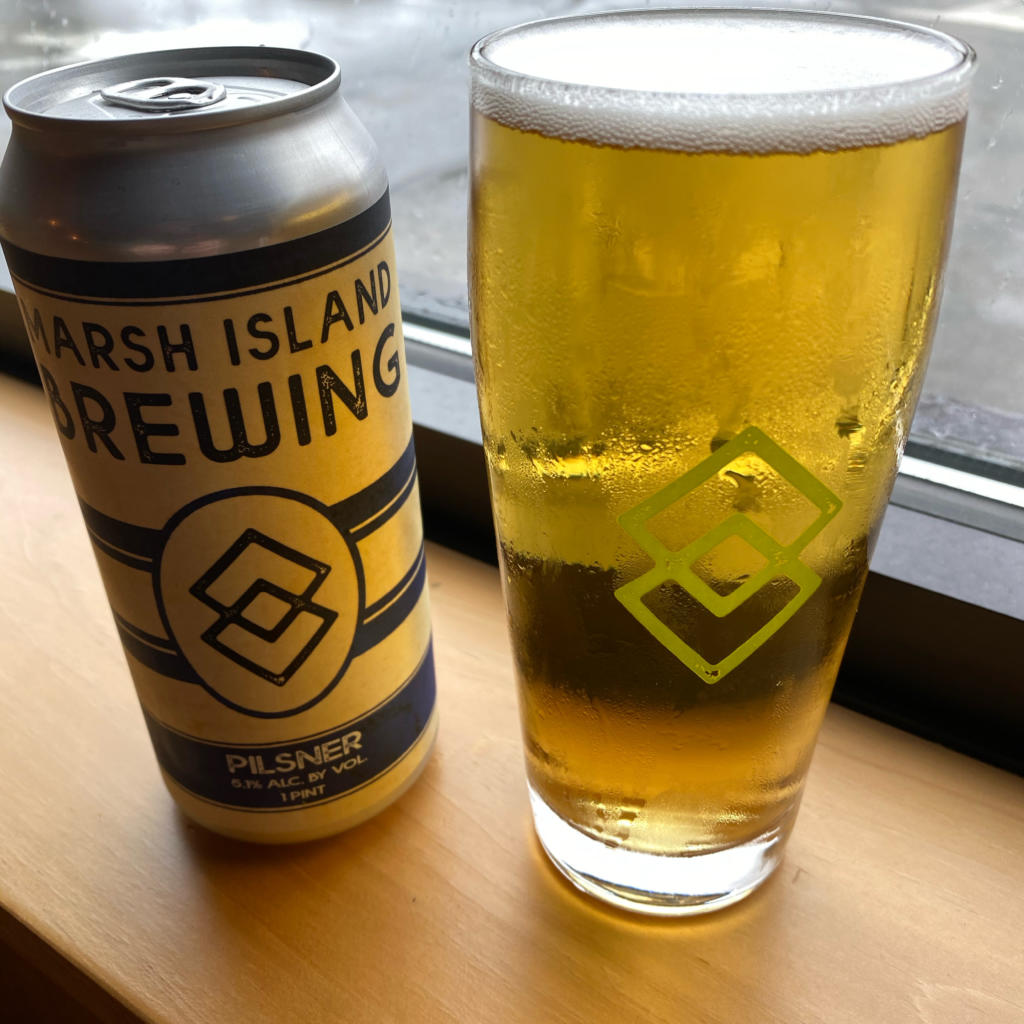 Pilsner is as crisp and clean as a German Pilsner should be, and the perfect choice as we transition from spring to summer. 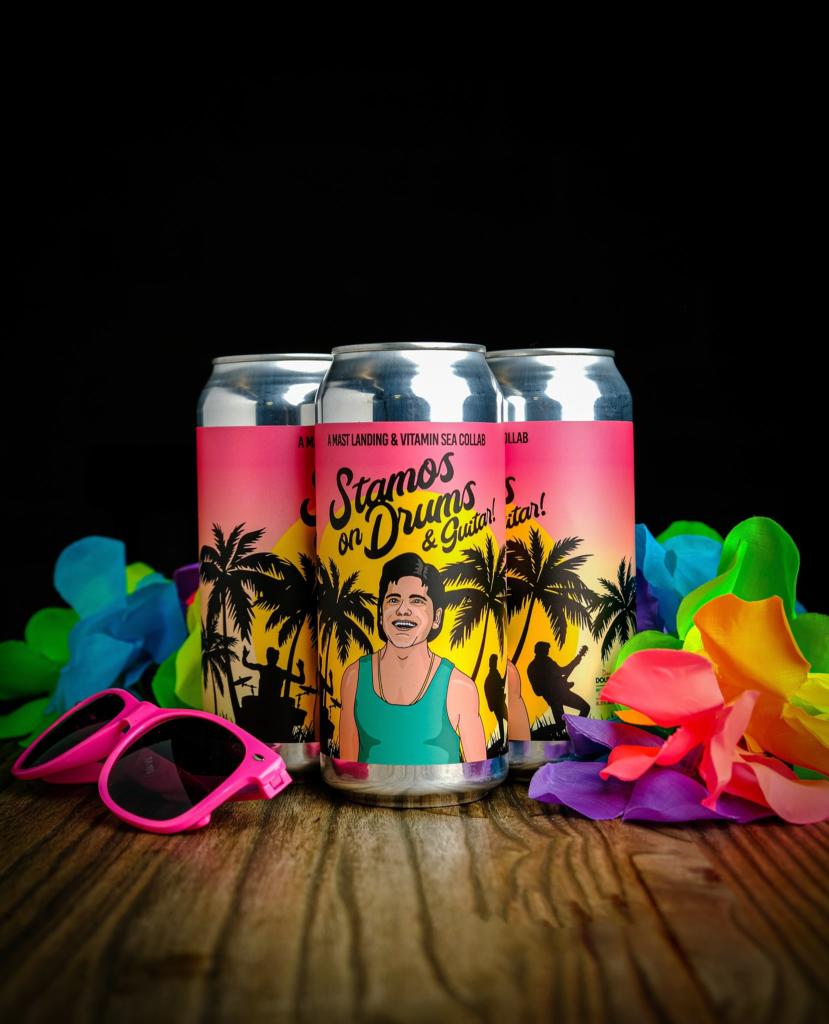 Stamos is turning into a one-man band this time around, picking up the guitar to go along with his drums for Stamos on Drums & Guitar! (which gets our vote for beer name of the week). This collab with Vitamin Sea Brewing was a huge hit when it was just the rhythm section so imagine how bold and loud the flavor profile will be with melody too. The second round of dry hopping and a boost of ABV brings this reimagined beer to center stage and turns it up to 11. 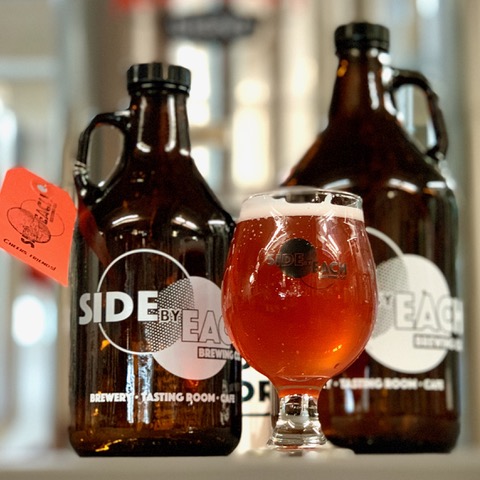 Fierce Poof, Side By Each’s Belgian amber ale, returns! And, after six months of aging in a bourbon barrel, it’s now Fiercer Poof.

Boozing My Religion is fruity, toasty, amber, and is the strongest of the Belgian abbey ale styles. This beer showcases the richness of Belgian malts and the complexity of Belgian Trappist yeast, with a smooth and sweet finish.

Wee Heavy (Side By Each’s strongest Scottish ale style) is a malt bomb, with light touches of caramel and toast flavor, slight fruitiness from a Scottish ale yeast, and just enough hops for balance. Extended aging mellowed this ale, making it quite smooth for such a strong beer.

Beep Bock Boop is a pale lager with the strength of a bock at 7% and marks the transition from heavier, winter beers to lighter summer styles. Short Game is a pale lager and an easy-sipping beer perfect for an afternoon on the course. Double IPA Goldilox features Citra and Centennial hops for an old meets new school beer.

A fresh batch of York Beach Beer Company’s flagship IPA, Dancing Madly Backwards, is here! It features Vic Secret and Cashmere hops for notes of peach and orange at an easy-drinking 6% ABV.

Washington County is getting two new breweries, brown ales get their moment in the sun, some folks are getting beers for shots, Allagash is sending love in beer form across the country, and beer pong is getting an upgrade.

A fresh pour for Downeast: Two new breweries are coming to Washington County

Craft beer-making may be on tap for the first time in two thirsty Washington County locations.

Tap Lines: Surprise, brown ales don’t have to be boring

Maine breweries are playing with the old style in new ways.

Free beer, pot, and doughnuts. Places around the U.S. are offering incentives to try to energize the nation’s slowing vaccination drive.

Nowaday Blonde Ale will be available in 12-packs of 12-ounce cans throughout the 18 states and Washington, D.C. where Allagash is distributed.

According to the press release, this company is based in Portland, so may be worth a gander.