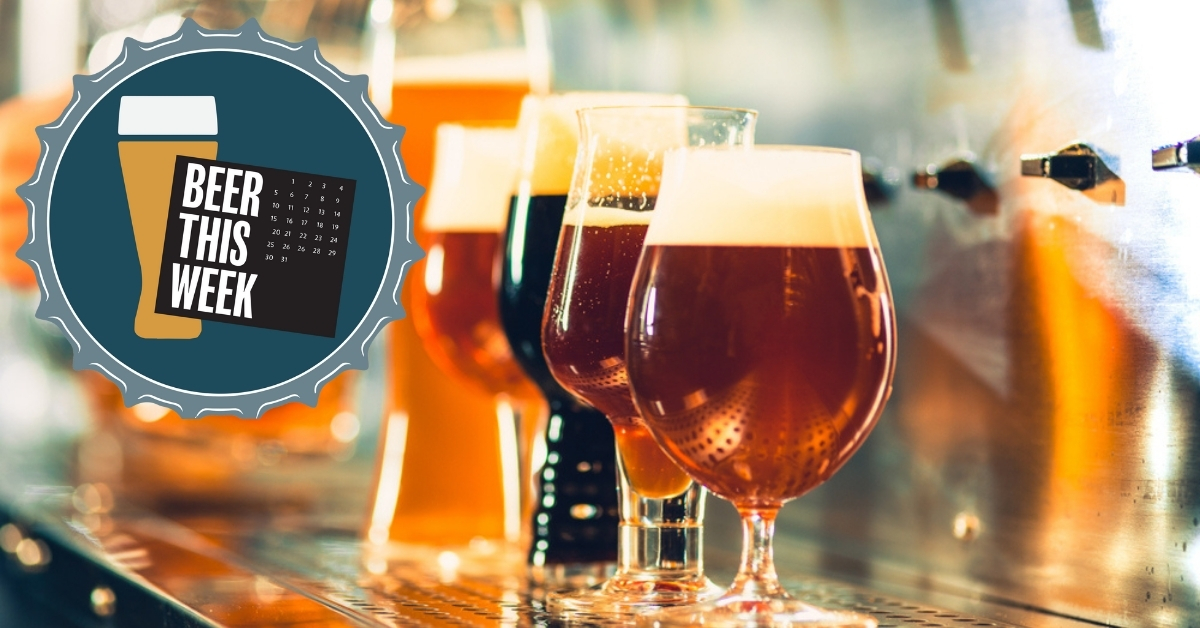 Have you picked out your Halloween costume yet, bub? While it may be tempting to just throw on a green tracksuit or red jumpsuit à la “Squid Games” and call it a day, we challenge you to stretch your creativity. If you can concentrate, that is. We don’t know about you, but we’re still fanning ourselves after gazing upon Lee Nelson doing his best, smoldering version of blue steel on the cover of Maine Seniors. I’m sorry, what were we talking about? Anyway, let’s get to the latest beer releases you need to know about, especially if you need to, uh, cool down.

It’s time for some Stories at Allagash, Blank Canvas is serving up a Shrimp Cockt-ALE, and Definitive has a beer coming out that mimics the flavor of the best candy known to both mankind and alienkind, Reese’s Pieces.

Created for the re-telling of cherished stories and the creation of new ones, Stories Told is half dark, strong sour ale aged in bourbon barrels, half Flemish-style sour brown ale. The two beers are blended and then aged on fresh, locally grown cherries and blackberries for a rich, roasty, and vibrantly fruit-forward beer. Gather round, this one is going to be good. 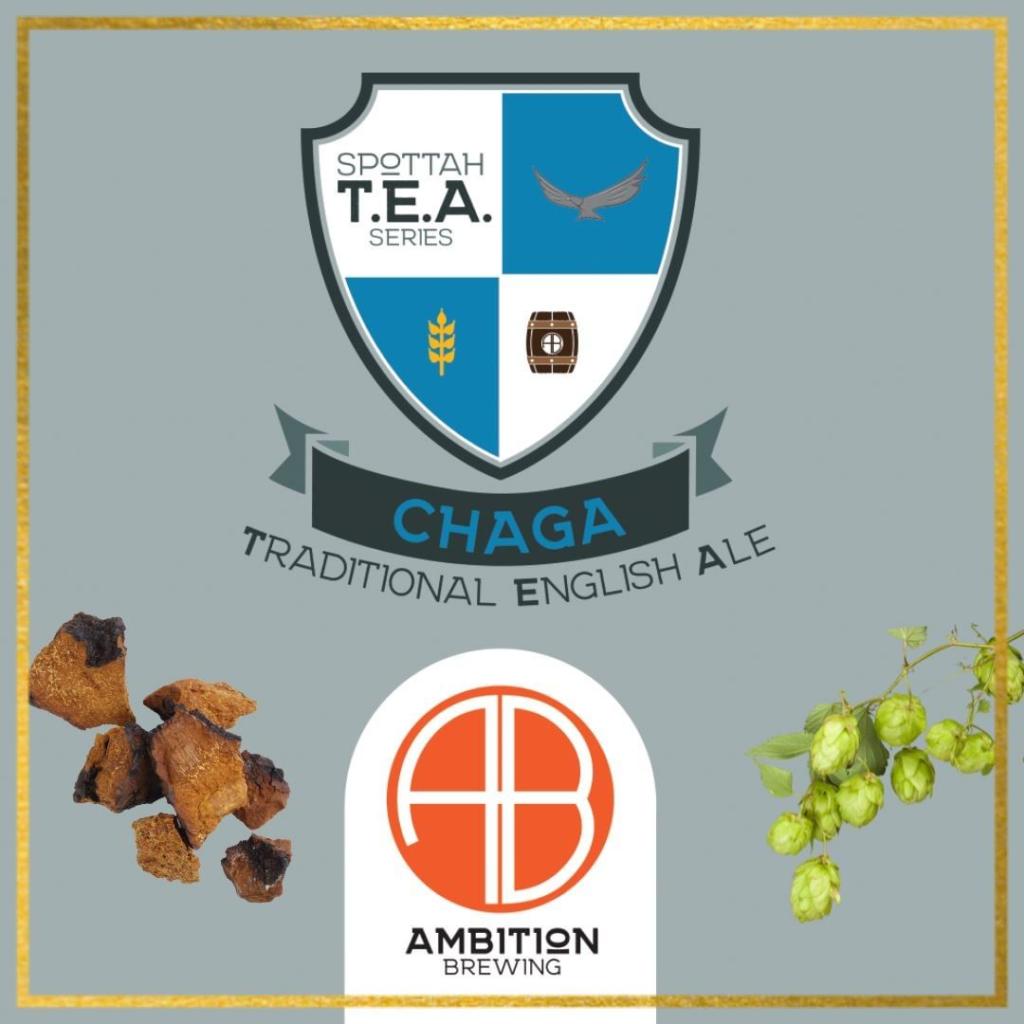 This Chaga TEA (Traditional English Ale) was made with Maris Otter and Caramel Malt, giving it light toasty notes. Chaga mushrooms were steeped and then added to the beer, infusing it with the “tea” qualities. 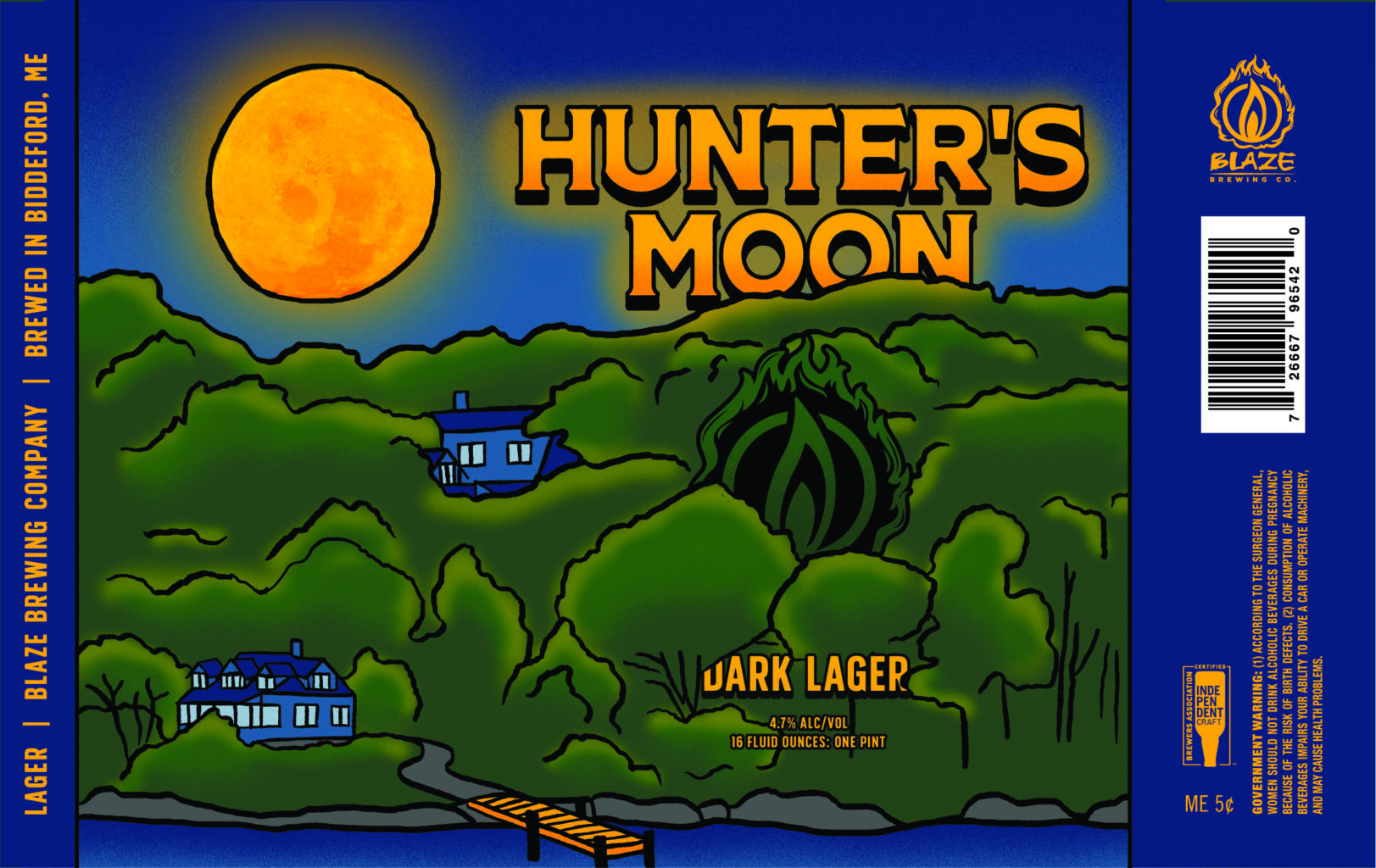 Named after the October full moon, Hunter’s Moon is brewed thoughtfully with a plethora of dark malts. Hopped modestly in the kettle, it was then lagered for many weeks until maturation. Hunter’s Moon is bright, drinkable, and refreshing, and smells and tastes like cocoa powder, black tea, and toasted barley. 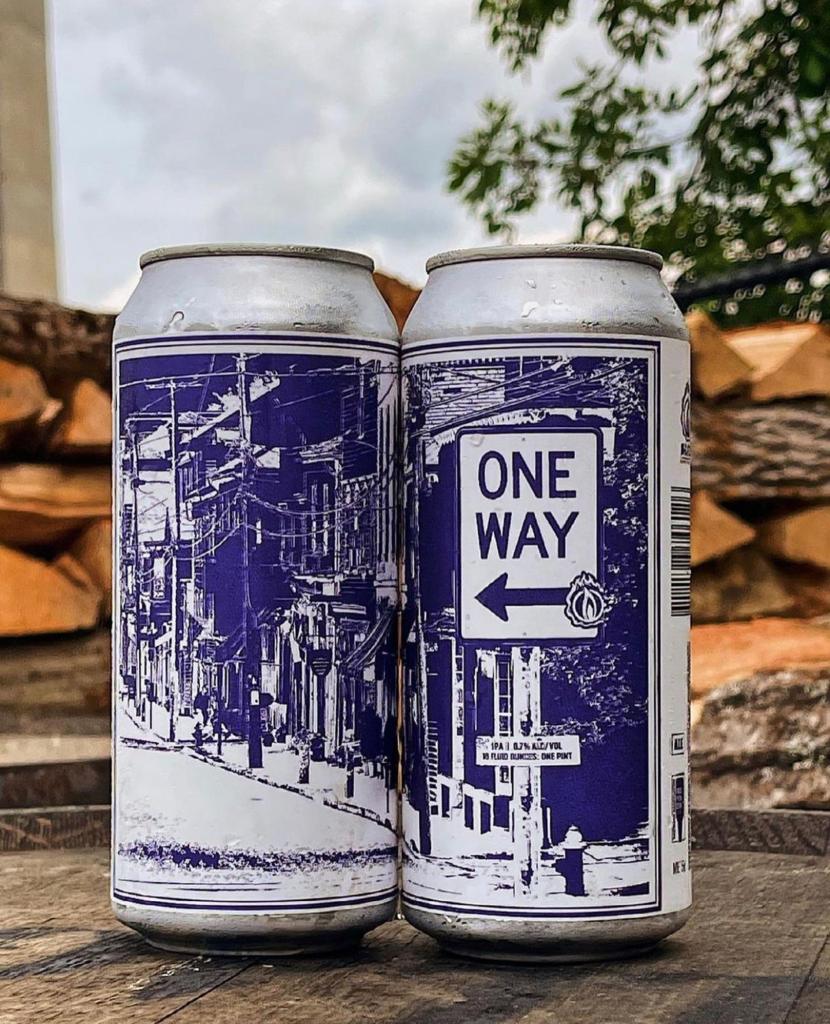 One Way #11 is the newest edition of Blaze’s constantly evolving IPA series. It was dry hopped heavily and singularly with Citra. Citra is one of the brew crew’s favorite hops and this one is an absolute explosion of ripe orange flavor. One Way #11 is a juice bomb with fantastic drinkability.

This shrimp cocktail-inspired beer is brewed with tomato Worcestershire sauce, horseradish, and—of course—shrimp. It’s a prototype beer with a low ABV and hop character. Check it out and then report back to Beer This Week HQ with your findings, please. 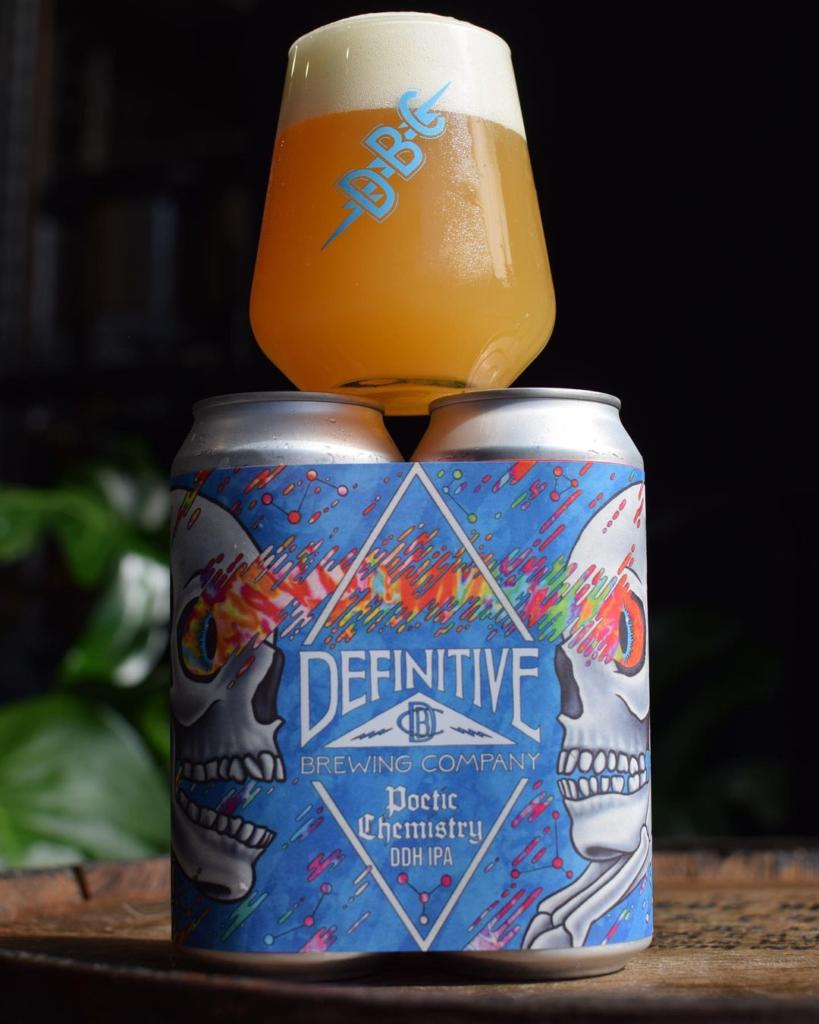 Medium-bodied and balanced on the tongue, Poetic Chemistry is dry hopped with a blend of Simcoe, Citra, and El Dorado Lupomax for a pleasant and approachable drinking experience. This beer is reminiscent of stone fruit, prickly pear, and bright tropical fruit flavors.

Brewed with Citra, Simcoe, and Topaz and rocking a similar hop profile to Definitive Ale (but with extra horsepower), Particles is a hop-saturated beer that tastes and smells like ripe fruit orchards, kiwi peels, and lemon sorbet. 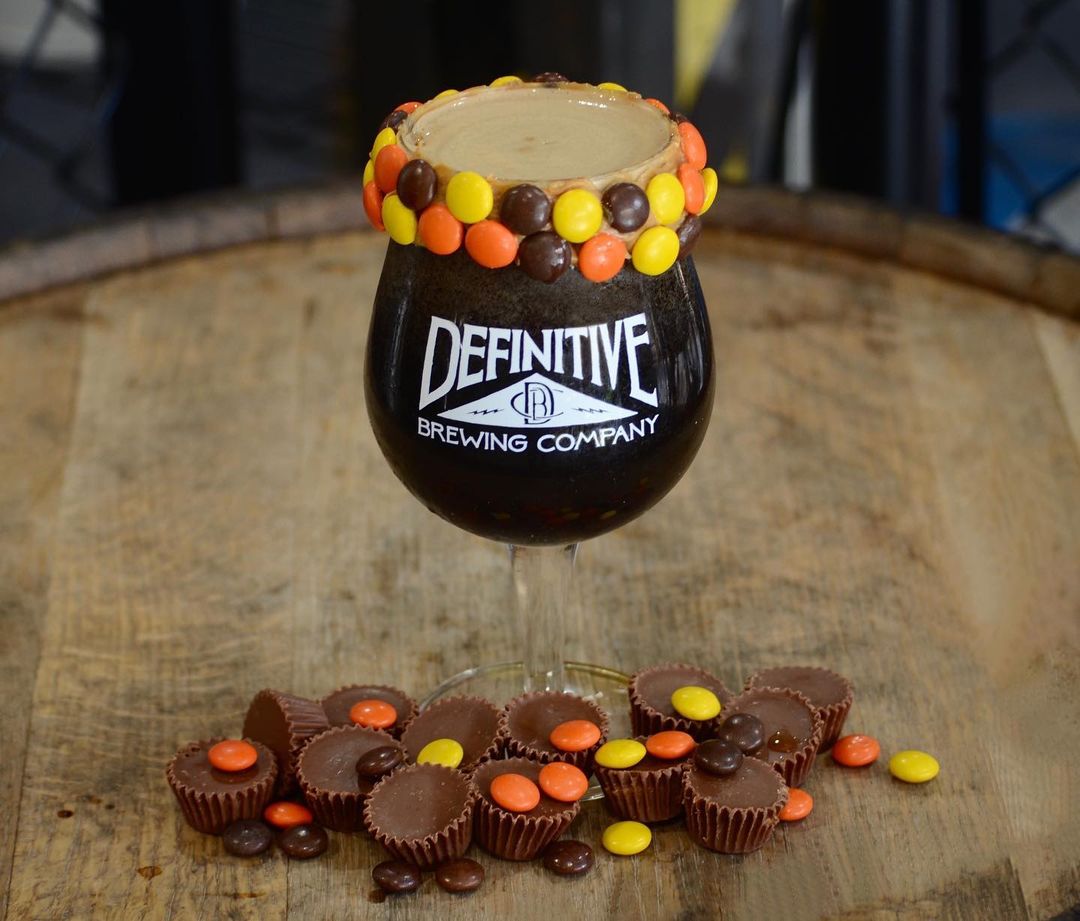 All beers are available Friday in Portland, Saturday in Kittery and we have no qualms about trampling our own mother to be first in line for Pieces. SorryNotSorry. 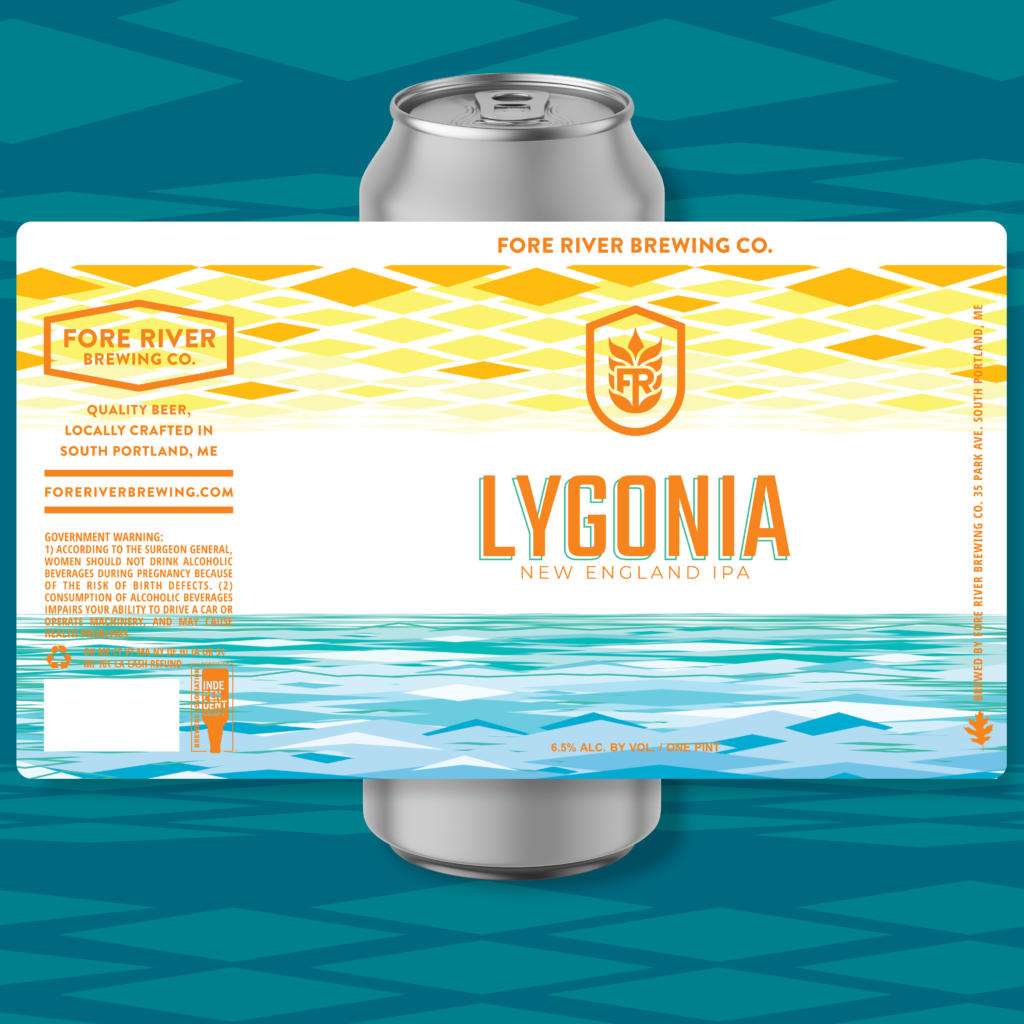 Boasting tropical notes and aromas of pineapple with hints of mango and a subtly sweet finish, Lygonia is a lush and light hazy New England-style IPA brewed as an ode to the historical Ligonia neighborhood of South Portland that is home to Fore River.

This amber ale has biscuit and bready malt flavors, along with hints of mixed berries and peanut butter. Basically, it straight-up tastes like a PB&J. 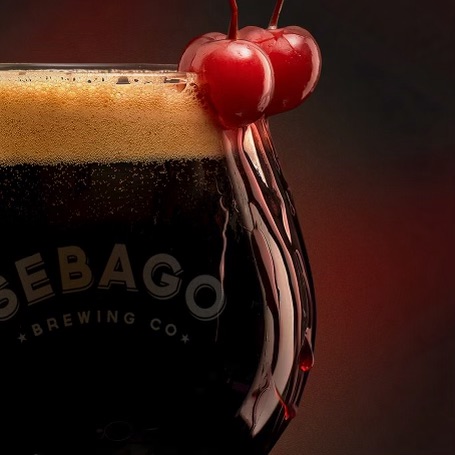 Scary Garcia is a cherry chocolate vanilla pastry stout—a nod to the Ben & Jerry’s ice cream in name and recipe. For this pastry stout, the brewers used pastry-beer hybrid ingredients to keep it tasting more beer-flavored, rather than using whole pastry product additions like cake or donuts. Lactose sweetens the finish while balancing the bitterness from the roast malts and cacao.

Scary Garcia is available on tap and in growlers at all Sebago Brewing locations.

The worst/best beer day of your life is BACK! The staff at Craft Brew Underground have picked 10 of the worst beers they could find. And, for the price of admission, you’ll get to sample all 10, plus enjoy some special snacks. You rate them, and at the end The Best of The Worst and The Worst of The Worst will be crowned. Tickets are $15 per person and $8 for Mug Club members. 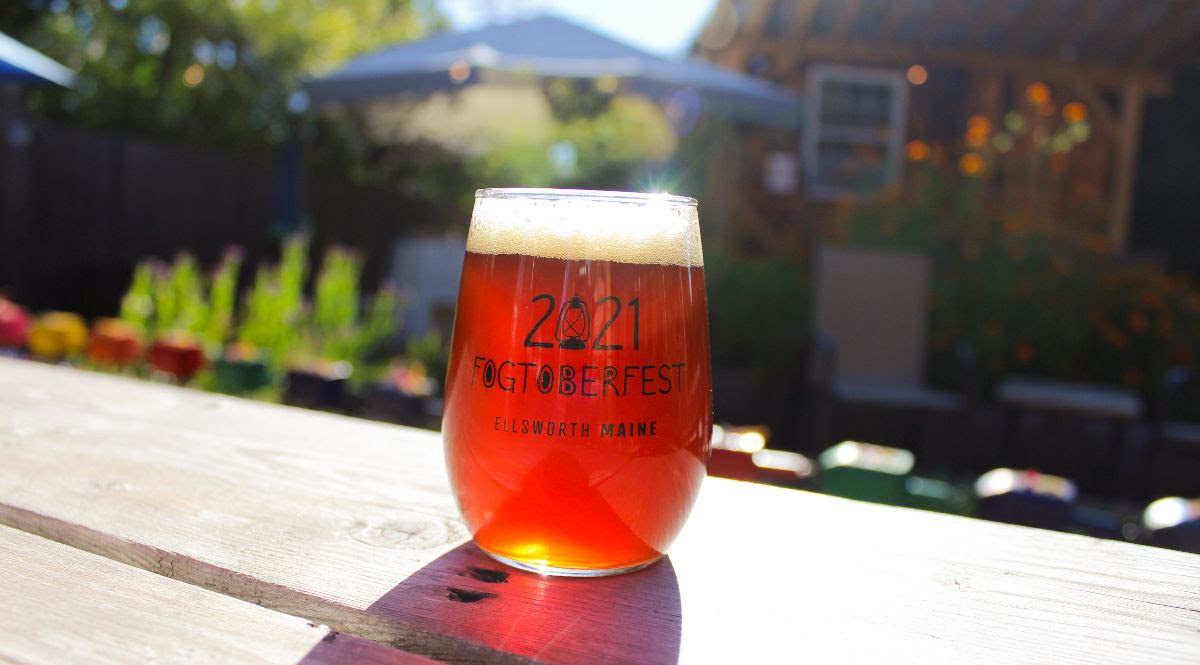 Come join the gang at Fogtown from 11:30 a.m. to 7 p.m. for an outdoor celebration of craft brews and community in the beer garden. Tasting tickets will be available at the door and wood-fired pizza is also available for purchase. Trust us, your taste buds will thank you. There will also be live music from 11:30 a.m. to 2 p.m., and 3:30 to 6:30 p.m.

Another One is brewed with Cascade, Citra, and Simcoe hops, giving it aromas of pineapple, mango, and guava.

While the IPAs are pretty dominant in this week’s lineup, we also have a coffee stout, porter, cream ale, sour, red ale, and a beer that claims that it just MAY have the ability to raise the dead. Y’a know, just your basic, run-of-the-mill new beer releases. 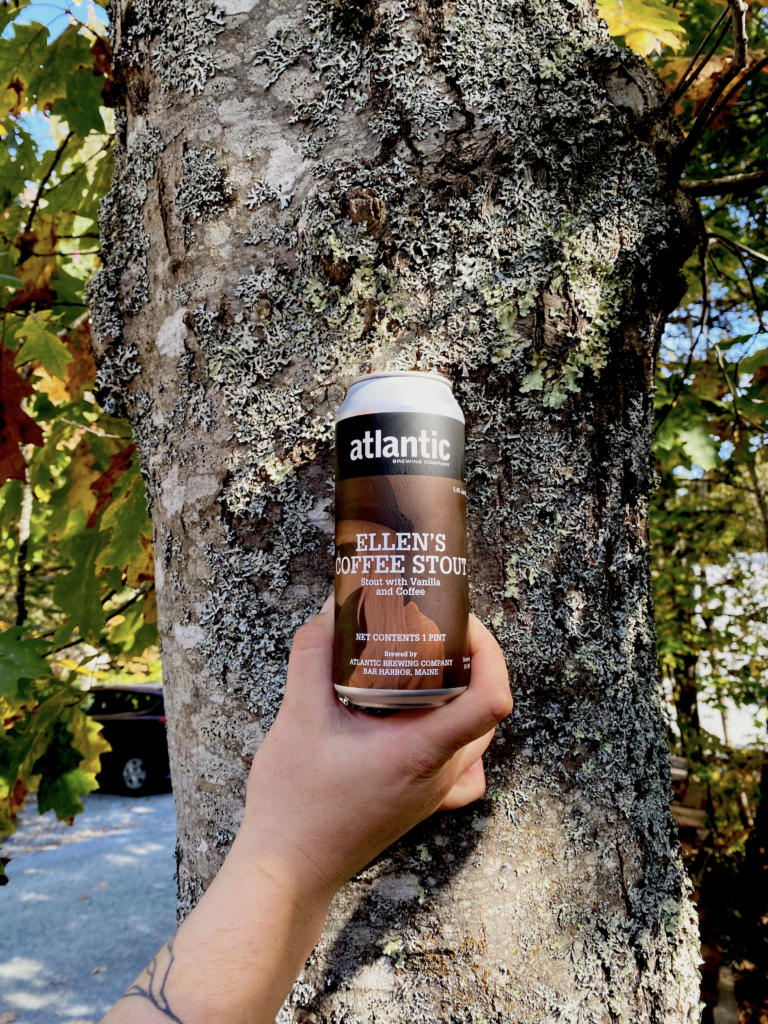 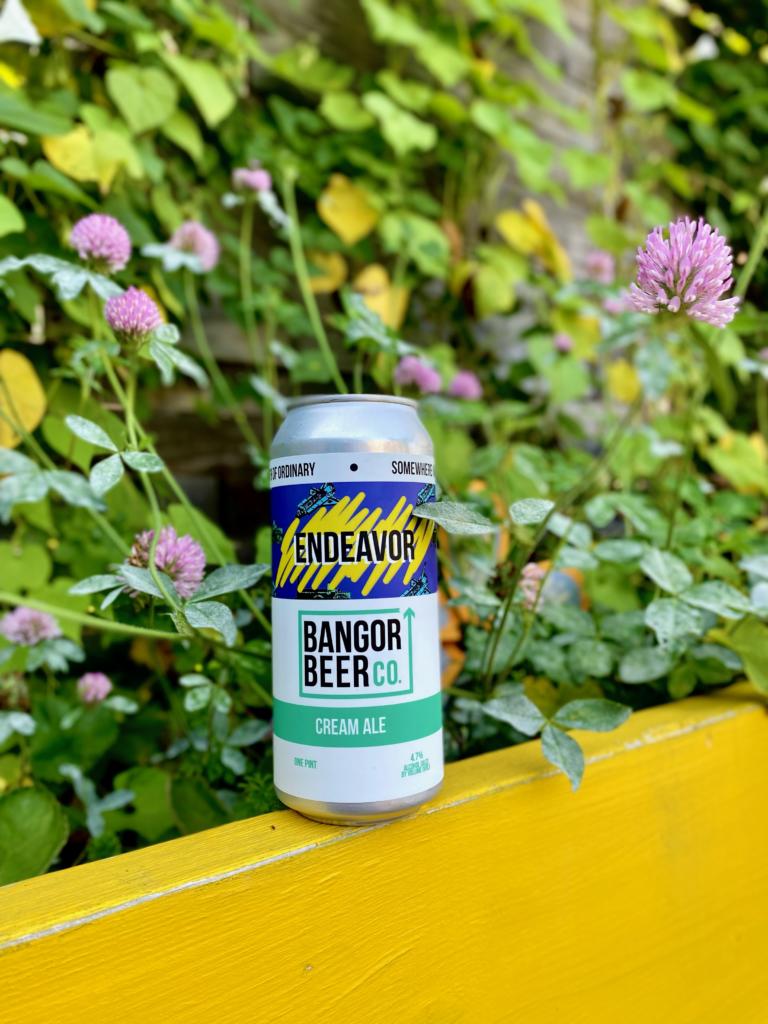 Endeavor is an easy-drinking lager, light and delicious, and perfect with a wedge of lime. 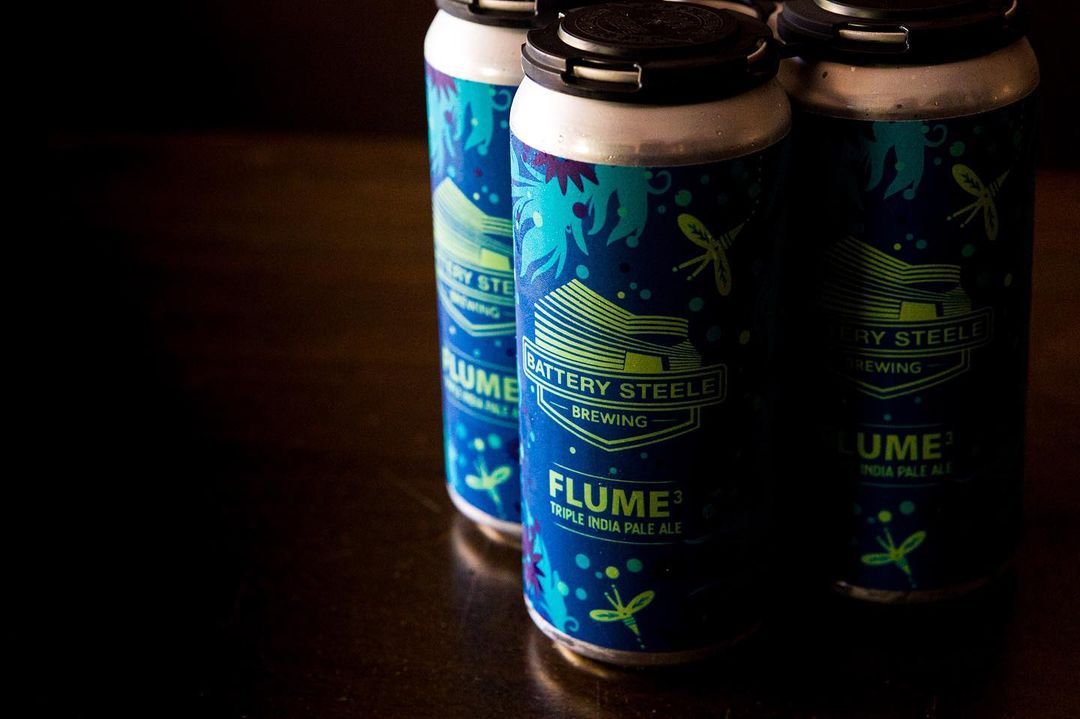 This special TIPA takes the OG Flume recipe and turns it waaay up. Reckless amounts of Citra Cryo, Mosaic and a huge dose of Galaxy make this beer the king of the Flume variants.

Some might say peanut butter is chocolate’s best friend. We’d make a strong argument that it’s really beer. And as of today that argument comes in the form of the latest stout offering from Baxter Brewing. This as-yet-to-be-named chocolate stout is made with real Maine chocolate from Wilbur’s of Maine. Rich, decadent, and smooth, this brew will have you reaching for your favorite sweater and looking for the closest fireplace. Available only at The Pub.

Mahogany Spitfire is a brand-new addition and only available on draft. This traditional English porter has roasty, malty flavors and will help keep you warm this fall.

Subhunter is back! Clocking in at 9.1%, this big beer kicks back dangerously smooth and can be found on draft and in cans.

This medium-bodied, light copper-colored ale was brewed in the spirit of a non-traditional Octoberfest Märzen. Cooler fermentation enhances the clean, malt-forward flavors of fresh bread crust, subtle honey, and caramel sweetness while the delicate hopping with varieties of German-descent yields the herbal, spicy, and floral notes in the finish. 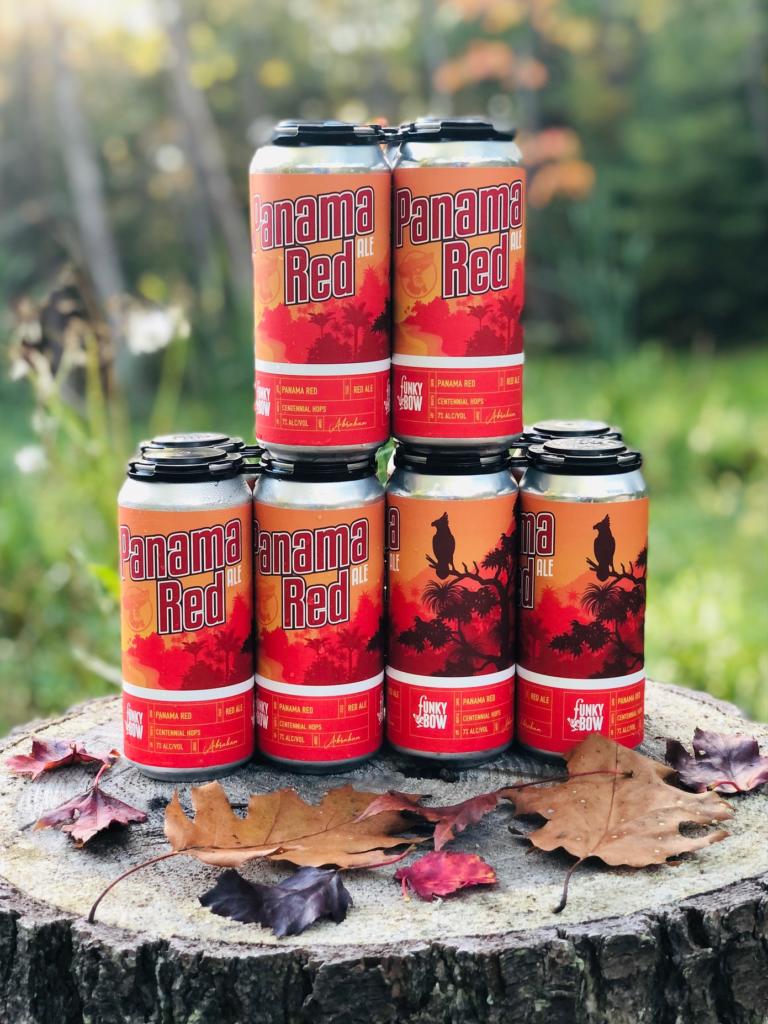 The team at Gritty’s picked 40 lbs. of whole Cascade hop cones right off the vine and drove them to their brewery in Freeport for brewing. These fresh local hops make for a tasty, unique ale that comes in at 4.5% ABV. 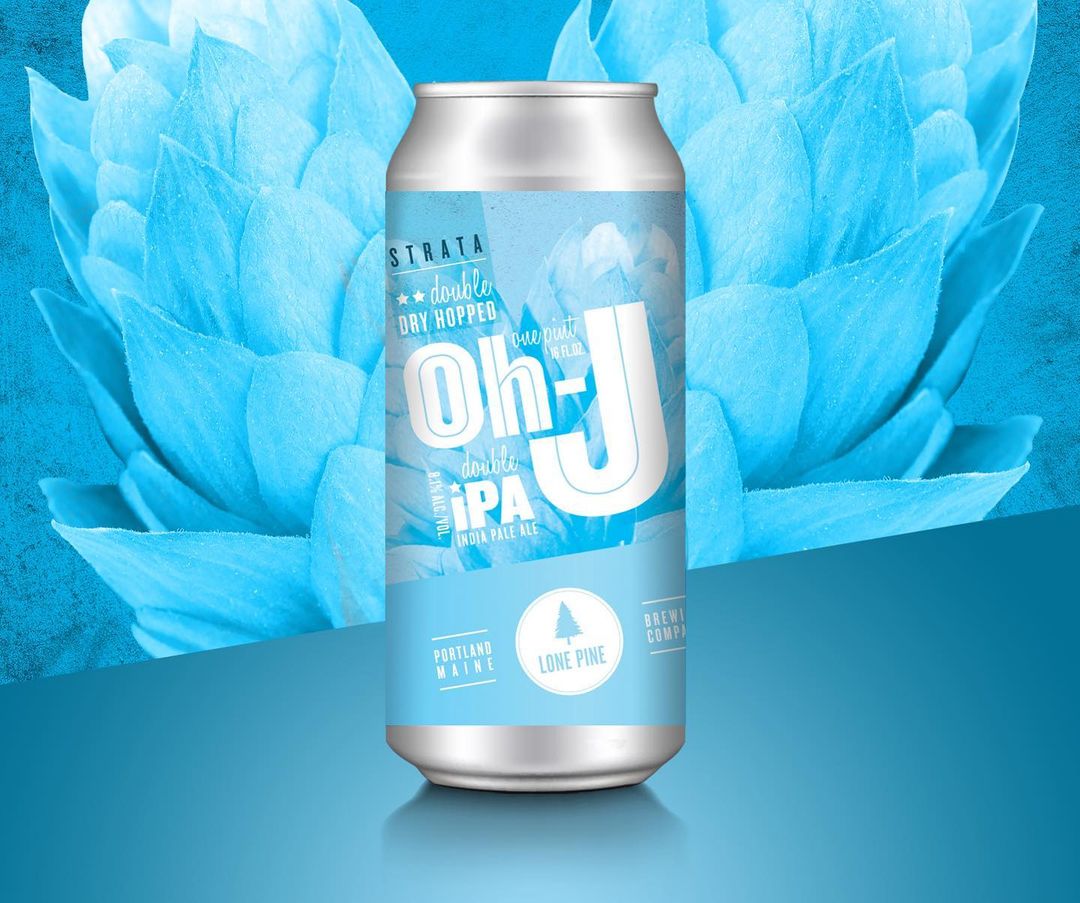 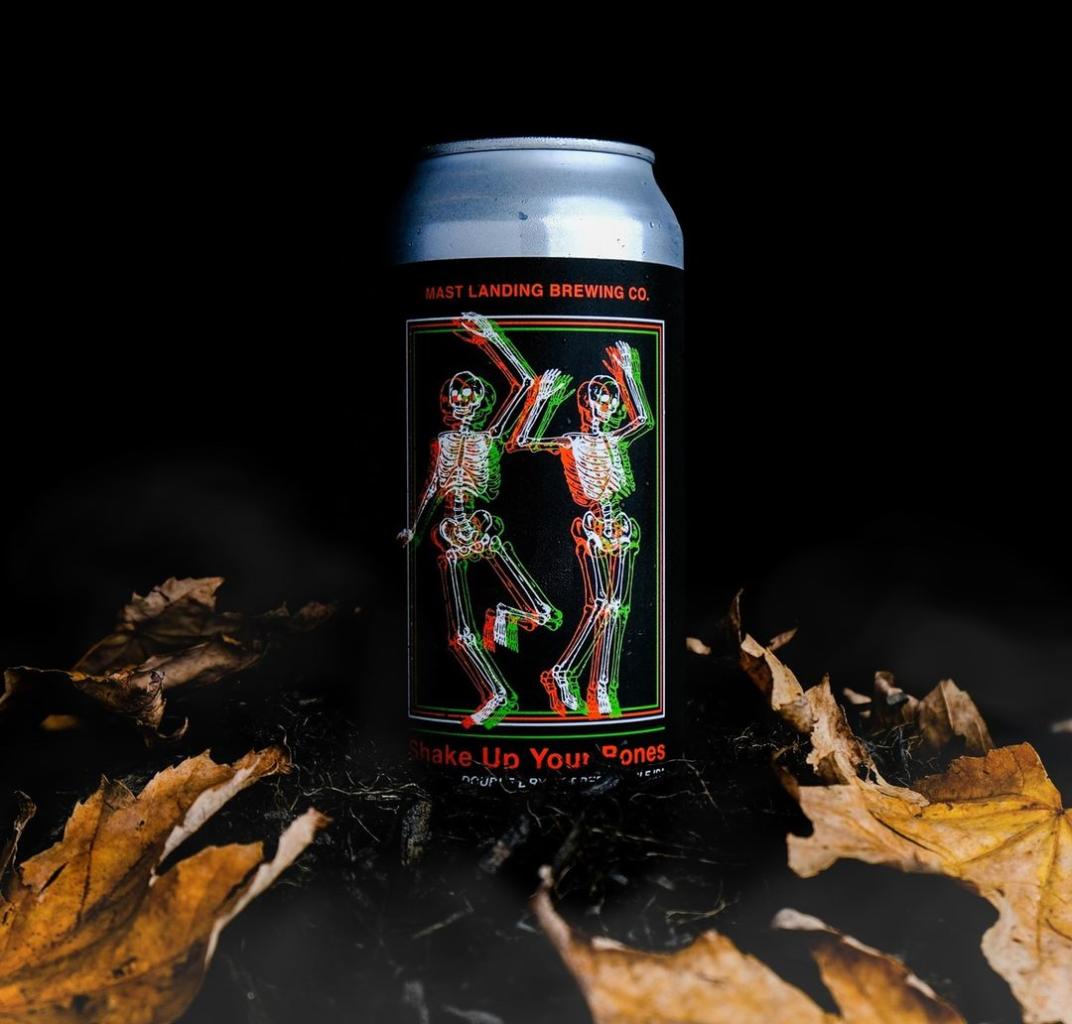 Sometimes you gotta Shake things up. The luscious combination of Nelson, Simcoe, and Citra hops in this hazy double IPA is a rush. Shake Up Your Bones has big citrus notes and a balanced juiciness that could wake up a skeleton. (Note: we at Beer This Week do not condone waking up skeletons. Should you choose to rouse a skeleton from its slumber you do so at your own peril, especially since Halloween is only a few weeks away.) 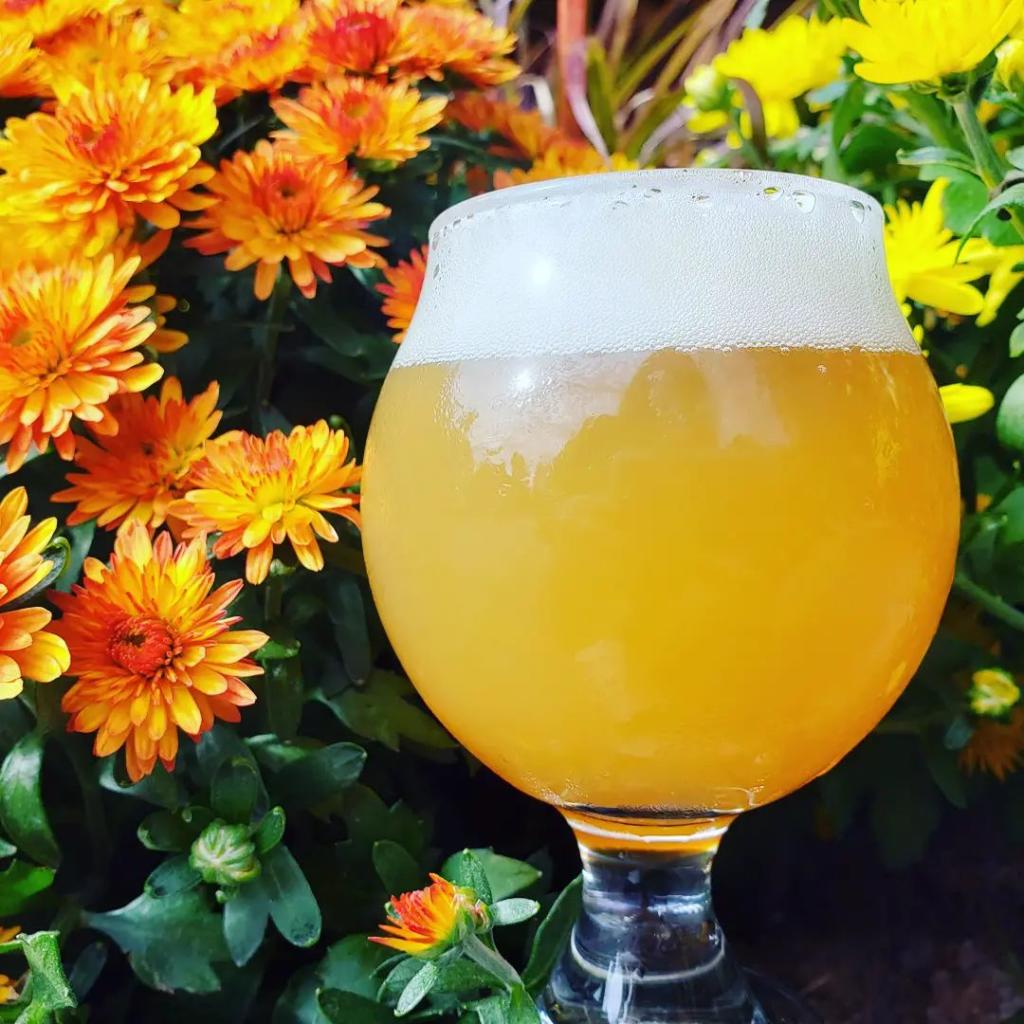 Oh Bee Hazy (which we’re told may only be uttered using your best Austin Powers accent) is a double dry hopped New England IPA. It’s brewed with the finest English Pale Malt and a drop of honey. Eukonot and Idaho 7 hops do the heavy lifting while Crystal hops come in to steal the show. You’ll notice aromas of tangerine and pineapple. It’s dank, bright, and dipped in honey.

Shoot the Glass is crisp and clean, with herbal and grassy notes from German malt and hops. The name? It comes from Side By Each’s brewers’ favorite Christmas movie, “Die Hard.” That’s right. It’s a Christmas movie, and even John McClane himself will never convince us otherwise. 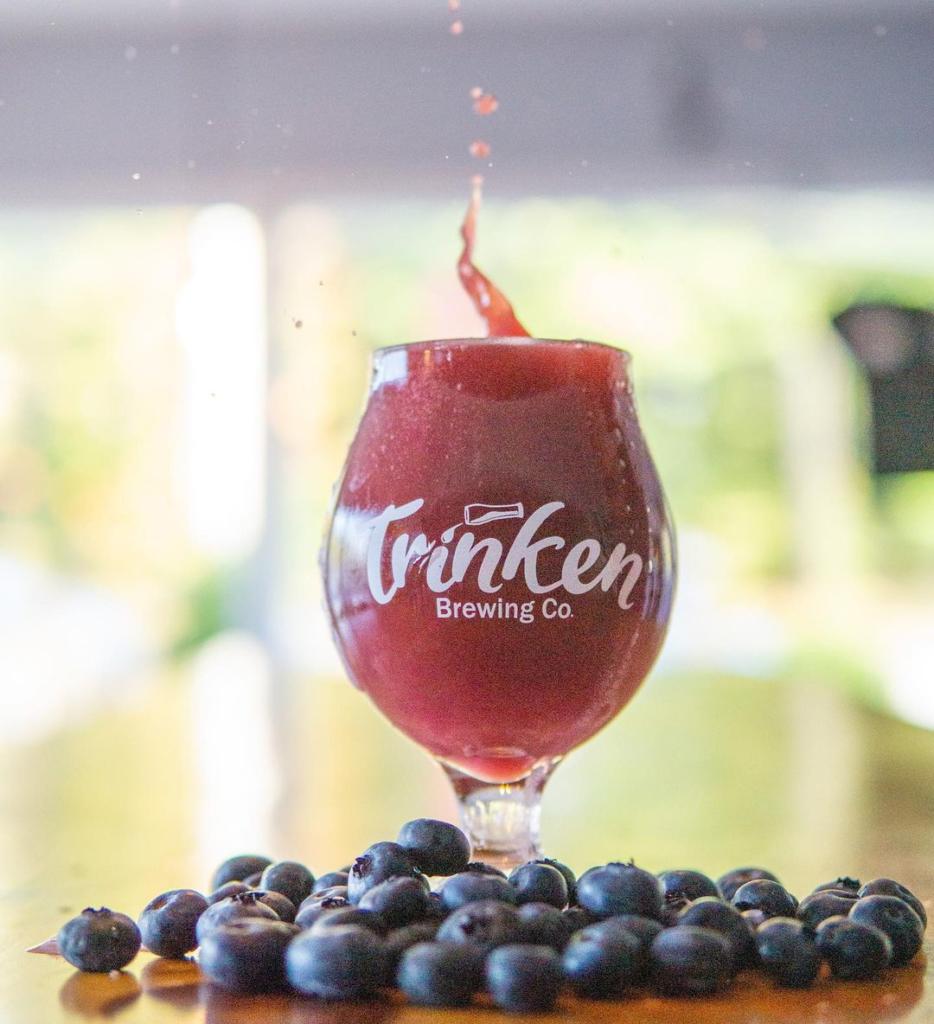 We didn’t get a lot of info on this newest entry in Trinken’s Schnapsidee fruited sour lineup other than the fact that this batch is made with 100% Maine blueberries. However, we can say with 99% certainty that it’s unlikely to awaken skeletons. We think. I mean, we haven’t heard of any cases or anything. Yet.

It was a light week for Maine brew news this week, other than Mast Landing scoring a magazine cover slot, not unlike a certain former news anchor.

In its quest for brewing perfection, Mast Landing Brewing Company combines a passion for quality beer, a dedication to happy staff and a culture of sustainability.