Tonight we’ve got two dueling presidential town halls to choose from in lieu of an actual debate. We think Maine beer makes the perfect pairing to watch either (or both!), perhaps starting with a can of I Voted Today, an American Pale Ale from Fogtown Brewing Company. It has notes of mango lassi, vanilla creamsicle, and cedar grove — and pairs well with making your voting plan (if you haven’t already mailed in your ballot or taken advantage of early voting).

IPAs and Pumpkin Beers are what’s hot in this week’s upcoming releases, including an IPA and a DIPA from Goodfire Brewing, a DIPA from Definitive Brewing, and Pumpkin releases from both Allagash Brewing and Tributary Brewing. In the mood for something with cozy vibes? You’ll want to make a date to visit Rising Tide Brewing because their Waypoint Coffee Porter is BACK!

Prime has powered up! Super Prime has all the flavors you know and love, amplified, this time in a dangerously easy to drink Double IPA. Super Prime is a soft, fluffy, full-bodied concoction absolutely bursting with Citra. With notes of citrus, resin, and a little bit of pine, it’s Super Prime FTW!

Yugen is a hazy IPA with a whole bunch of Simcoe, Strata, and El Dorado. The Simcoe really shines here with a massive burst of citrus, while drawing deeper, grounded tropicality from El Dorado and Strata. Yugen pours a cloudy neon orange with notes of peach rings, spiced orange rind, tangerine, and pear all twirling and swirling in the glass.

Jacques utilizes an English pale base with 120 pounds of organic Dickinson pumpkins, Cinderella pumpkins, and butternut squash that allows it to be gourd-forward while Sterling hops and a bag of spices (including fresh ginger, cinnamon sticks, allspice, and cloves) support it with minor nuances. In sampling it from the brite tank, this year’s batch has an excellent hint of fruitiness which adds an extra depth of flavor.

Every year, Allagash brews a batch of Ghoulschip, a spontaneously soured, pumpkin, pumpkin seed, and molasses-filled tart taste of Halloween, and let it sit out on Halloween night to fill it with any otherworldly presences (and souring microbiota) swirling through the air. Perfect to enjoy at your next socially distanced hang with your favorite ghouls and goblins.

Definitive Brewing’s first collaboration with their friends at Imprint Beer Company is headed to tasting rooms this weekend. This 8.4% DDH DIPA is hopped copiously with Citra, Mosaic, Enigma, and Sultana varieties. This gives it a big and fragrant hop palette with notes of ripe cantaloupe, tutti frutti, and rum-soaked pineapples. Cans will be dropping Friday in Portland and Saturday in Kittery.

Fogtoberfest 2020 will take place in the Fogtown Brewing Co. beer garden in Ellsworth. It will feature some of their rare and limited vintage brews from the reserve cellar, local music, and food! As of this morning, only 8-person table tickets are still available, so start assembling your crew. (Rain date is Sunday, October 18 — just in case.)

This dark ruby lager that yields roasted malt flavor returns this weekend on draft and in cans.

Brewed in collaboration with Tandem Coffee Roasters, Waypoint has a rich fruity complexity held up by a chocolatey, malty backbone. This East Bayside collaboration is available from foliage season into the depths of our long Maine winter.

You want IPAs? Bangor Beer, Bath Brewing, Bissell Brothers, Lone Pine, Moderation Brewing, and SoMe Brewing have got you covered this week with new releases and the return of old favorites. We’re also pretty stoked for the Brown Ale releases from Austin Street and Bath Brewing, one of our favorite and we think often-overlooked styles of beer. And don’t forget to hit up Gritty’s to celebrate the return of Monster Mash — if you DARE!

This English Brown Ale is brewed with a touch of smoked malt. An earthy, wood smoke aroma leads into a flavor profile with hints of chocolate, caramel, and an underlying pleasant smokiness that will remind you of nights spent around the bonfire.

Austin Street is also welcoming back one of their Heritage Series Beers, Wet Hopped Helles, brewed with hops from The Hop Yard. The heritage series is a rotating series throughout the year featuring all Maine-made ingredients.

Among the Stars and Sweet Leaf are now available in cans! Both were freshly canned on Friday.

Named for Fort Baldwin, which overlooks Popham Beach and kept watch over the mouth of the Kennebec during the two World Wars, Fort Baldwin is toasty with caramel and earthy hop bitterness.

Brewed with Comet hops from The Hop Yard and Malt from Blue Ox Malthouse, Whet IPA is floral and resinous.

Limb-it-less pays tribute to the Travis Mills Foundation and veterans. Made with freshly harvested wet hops, Limb-it-less is designed to be clean, and distinctly Maine— honoring the best in all of us.

Sea to Summit celebrates the beauty of Maine and two of its most treasured races: The MDI Marathon and Millinocket Marathon. This Maine-made lager is brewed with spruce tips and a hint of blueberry. It celebrates these amazing Maine wildernesses while honoring both those who explore our wildlands and those who protect them. A portion of proceeds from the sale of this beer will be donated to the Friends of Acadia and the Friends of Katahdin Woods & Waters.

Firn is brewed with a base of Pearl malt for a clean finish, the perfect blend of oats and wheat for a soft body, then a touch of rye for a slightly spicy, refreshing character. The combination of Citra and Simcoe both in the kettle and dry hop give this burley Pale Ale notes of grapefruit, citrus, pine, and a light spice finish.

Industry Vs. Inferiority highlights the Idaho 7 hop varietal supported by a healthy dose of both Amarillo and Mosaic — a trifecta that makes for a well-rounded IPA, delivering notes of pine needle, stone fruit, and anadama bread. Full-bodied, full-flavored, and fully drinkable at a mid-strength 6.2% ABV.

Are you ready for the return of Triple Berry Jam?! This fan-favorite My Jam kettle-soured ale packs all the deliciousness of blackberries, cranberries, and raspberries into one berrylicious beverage. Brewed with lactose and fermented on gobs of berries, Triple Berry Jam hits the perfect balance of smooth, sweet, tart, and refreshing.

Clocking in at a “monstrous” 8.2% ABV, Monster Mash can scare even the boldest of beer drinkers. Dark and sweet like trick-or-treat, sip on this malt-heavy, hop-forward brew to keep all the Gritty’s spirits happy.

Wolfe’s Neck (the place) is a gift to the people of Maine and its visitors, reminding us of the importance of protecting land for future generations to experience and enjoy. Wolfe’s Neck (the beer) is brewed with Mosaic, El Dorado, Sabro hops and is back in bottles and on draft in the tasting room.

This Peanut Butter Milk Stout tastes like peanut butter mixed with you know what (read the beer name carefully again) and is back in cans in the tasting room this week, and available statewide next week.

To celebrate our beloved state’s 200th birthday, Mast Landing brewed 1820, a sour ale that features an array of high-quality Maine ingredients: blueberries, blackberries, raspberries, grain, and of course, water. This is their second batch of this bicentennial beer, an homage to the beauty that surrounds us in this amazing state.

This quad dry hopped DIPA is brewed with their house Kveik yeast and copious amounts of Citra and Galaxy hops. It’s wickedly crushable at 8.5% ABV, so sip with caution and remember … everything in “Moderation.”

Small batch alert! Nonesuch River Brewing has a pilot batch of their Imperial Stout on draft at the restaurant, which we’re told pairs well with their new dessert offering, a bread pudding made with sweet potato donuts from The Holy Donut. Excuse us while we mop up the drool from our desks.

SoMe has tweaked the yeast and the dry-hop in their flagship session IPA to give it a more modern taste. Brewed with Maine grown malt and hopped with Galaxy and Citra, Mainely is a crushable go-to for any time of the year and was freshly canned just this week.

Hoo boy, there was a LOT of Maine beer in the news this week, from festivals and new tasting rooms, to a celebration of can art, to concerns about how bars and tasting rooms will be able to cope with capacity restrictions with no new stimulus package in sight. It’s a lot, which is why you can count on us to carefully curate the Maine beer news stories YOU need to know, week in and week out.

Hot dogs and craft beer will be on tap at Snapperfest, and Banded Brewing opens in Portland.

October is an active month for Maine Beer Company, a Freeport brewery with new releases, fundraisers and oyster and beer samplings.

With the explosion of craft beer, a Maine company is helping brewers separate themselves through art.

The Maine-iest Drink from Each of Maine’s 16 Counties

As virus lingers, Maine bar owners brace for reopenings with no sign of further stimulus

It was jarring for some business owners to hear the governor say that bars and tasting rooms would soon be able to increase capacity in the same afternoon that President Donald Trump cut off talks for a coronavirus stimulus package via Twitter.

If you own a brewery or other beer business and would like to be featured in upcoming issues, please email us to learn more. 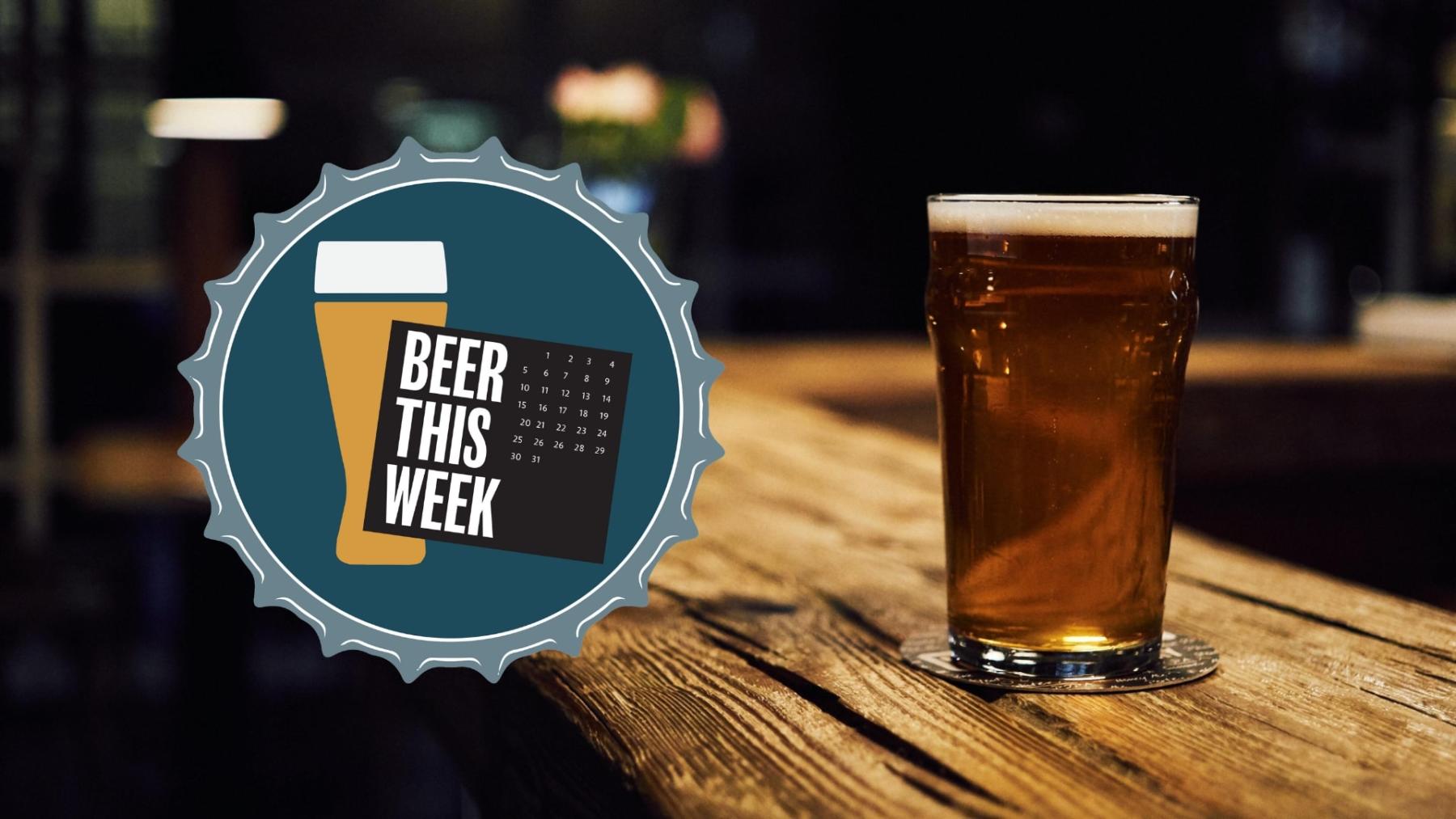