We know every day feels like … every other day, but don’t forget, Labor Day weekend is just around the corner! Make plans now to stock your fridge with the latest releases of cans and bottles from Maine breweries as we bid farewell to a summer like no other.

If you’re tired of celebrating birthdays and anniversaries by driving by a friend’s house, honking and waving, then have we got a party for you. Definitive Brewing is throwing themselves a bash at not one but TWO locations, and with THREE new beer releases. What better way to celebrate? Other noteworthy releases this week include a Coffee Strout from Maine Beer Co. and a Golden Strong from Foulmouthed Brewing.

Mr. Giggles, Golden Strong (9.6%)
Mr. Giggles is a Golden Strong brewed in honor of the owners’ friend, Tim Durbin, who committed suicide. It comes out every September in support of National Suicide Prevention Month and Foulmouthed Brewing donates $1 from each sale to NAMI Maine.

Zoo Hypothesis, Double IPA (7.7%)
A DIPA highlighting the intriguing Lotus hop, over a familiar base of Buck Farms malt.

They are teasing out the deets of the beers throughout the week, but so far have confirmed two. First up is Orbit, an ultra-luxe 8.2% Anniversary Double IPA. It is double dry hopped with Cashmere, plus Citra and Mosaic LUPOMAX concentrated hops. The result is an out-of-this-stratosphere juicy DIPA with tasting notes of intense citrus fruits, lemongrass tinctures, and oversized mangos.

The second beer will be Vanilla Superdome! This 9.0% DIPA is the pinnacle of Definitive’s Milkshake IPA series, brewed with vanilla sugar, lactose, and double the dose of real vanilla beans! A dangerously delicious treat, it tastes and smells like Orange Julius, gently melting vanilla bean ice cream, and a shortbread cookie bakery at dawn.

Definitive will open for can sales only at 10 a.m. in both Portland and Kittery, and fully open for draught pours on the patios at 11 a.m.

Fall, Coffee Stout (5.6%)
Fall is back! As the leaves begin to change and cooler nights predominate, Maine Beer Co. is celebrating the turn of the season with a new Coffee Stout. Fall is part of the brewery’s former Pilot Beer series, and is made with cold brew coffee that was selected in collaboration with the fine folks at Coffee By Design. Fall will be available in bottles and on draft starting at 11 a.m.

Wow, some days it feels like Maine breweries are dropping new beers faster than we can drink it (or at least write about it). Here are some of the latest releases that hit taps and/or stores across the state this week.

Danny’s Oatmeal Stout (4.9%)
Fall is almost here, which means it’s time for a proper Oatmeal Stout. Oatmeal, wheat and flaked barley give this beer a luscious mouthfeel and fluffy cream-colored head. Danny balances hops and malt perfectly in this one to create a beer with satisfying flavor that makes you want to keep sipping. A must-try!

Willow, Cider Ale (6.5%)
Willow is cider-beer hybrid aged nine months in a special applewood staved rye whiskey barrel. Crisp and refreshing with a cider nose and just a hint of malt, this is a beer that’s reminiscent of a dry British cider crossed with rye whiskey, perfect for the fall! Made with cider from Willow Pond Farm in Sabattus and all Maine grains from Blue Ox Malthouse. It’s named after the 80s classic “Willow” (Warwick Davis rules!) and as an homage to the source of the cider.

Bramble, Sour Kombucha
If you’re a fan of sours, be sure to check out Root Wild’s newest release, Bramble, a sour kombucha featuring raspberry and sumac.

Whoopie A.F., Stout (6.6%)
Whoopie pies are the state dessert. Coffee brandy is the state liquor. Drawing inspiration from these two indisputable truths, SoMe took their flagship Milk Stout and aged it in brandy barrels (for five months!), added some locally roasted coffee, and now this beer is Maine as f**k. Ayuh!

Oatmeal Stout, Stout (5.6%)
This big, roasty, sweet stout has both flaked and malted oats. Those delicious oats help soften the roastiness of the black chocolate and roasted barley.

Ready to celebrate the last days of summer by catching rays and drinking suds on your favorite brewery patios? Here’s a sampling of what you’ll be able to enjoy at select breweries this weekend.

If you simply can’t get enough of Maine beer (and frankly, same), then you’ll want to check out this week’s rundown of Maine brews in the news, including a shoutout in DownEast Magazine.

And, if you’ve ever dreamed of owning your own brewery, we just learned that a Portland brewery is up for sale. Dreams can come true!

A Popular Brewery in Portland Could Be Yours for the Right Price
Brewery Extrava is up for sale after the partners involved in the ownership of the brewery are diverging their interests. 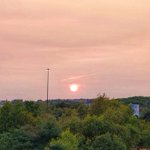