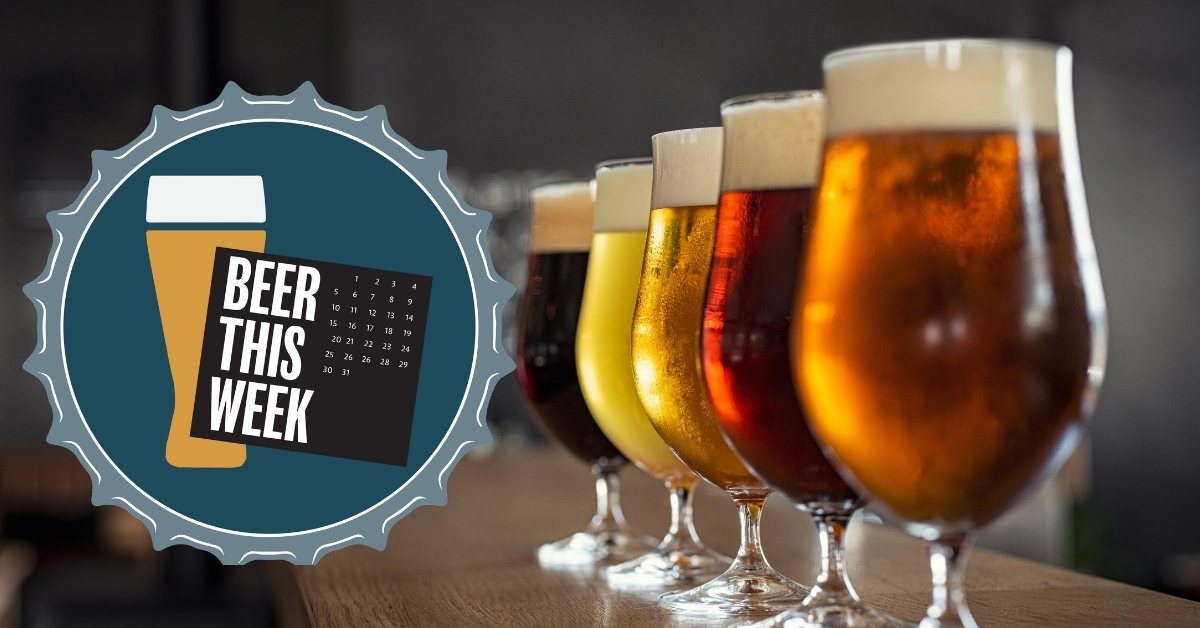 Fall is in full effect and we are here for it! This weekend’s new releases include a stout aged in bourbon barrels, a pumpkin ale, a coffee stout, and a festbier. We think the darker beers that fall ushers in gives us the perfect excuse to curl up next to a bonfire or fireplace and just…be.

While ‘tis the season for darker beers to emerge, there are also plenty of IPAs dropping this week as well, including Maine Beer Company’s classic Dinner, and Mountainside & Break Our Fall from Rising Tide.

Out of the deepest night shines a sliver of light. In making Nocturna, Allagash ages a silky stout in bourbon barrels with vanilla beans. In the darkness of the barrel a transformation occurs, and the beer fills with a galaxy of roasty and sweet aromatics: toffee, chocolate, oak. Experience this momentous meeting of darkness and light for yourself. 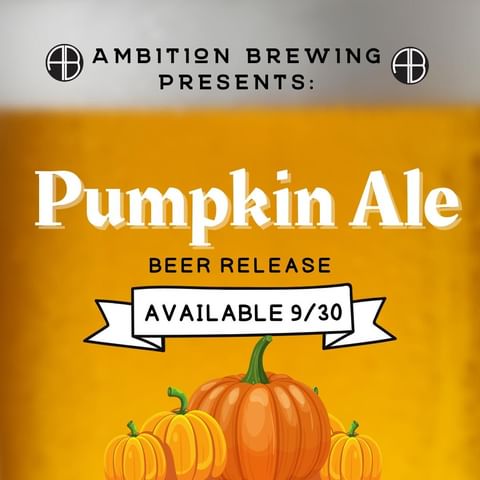 The only deets we got is that Ambition has a Pumpkin Ale and it’s coming out today. But really, do you NEED to know anything more? Just get your butt down there and try it! And pick us up some while you’re at it! 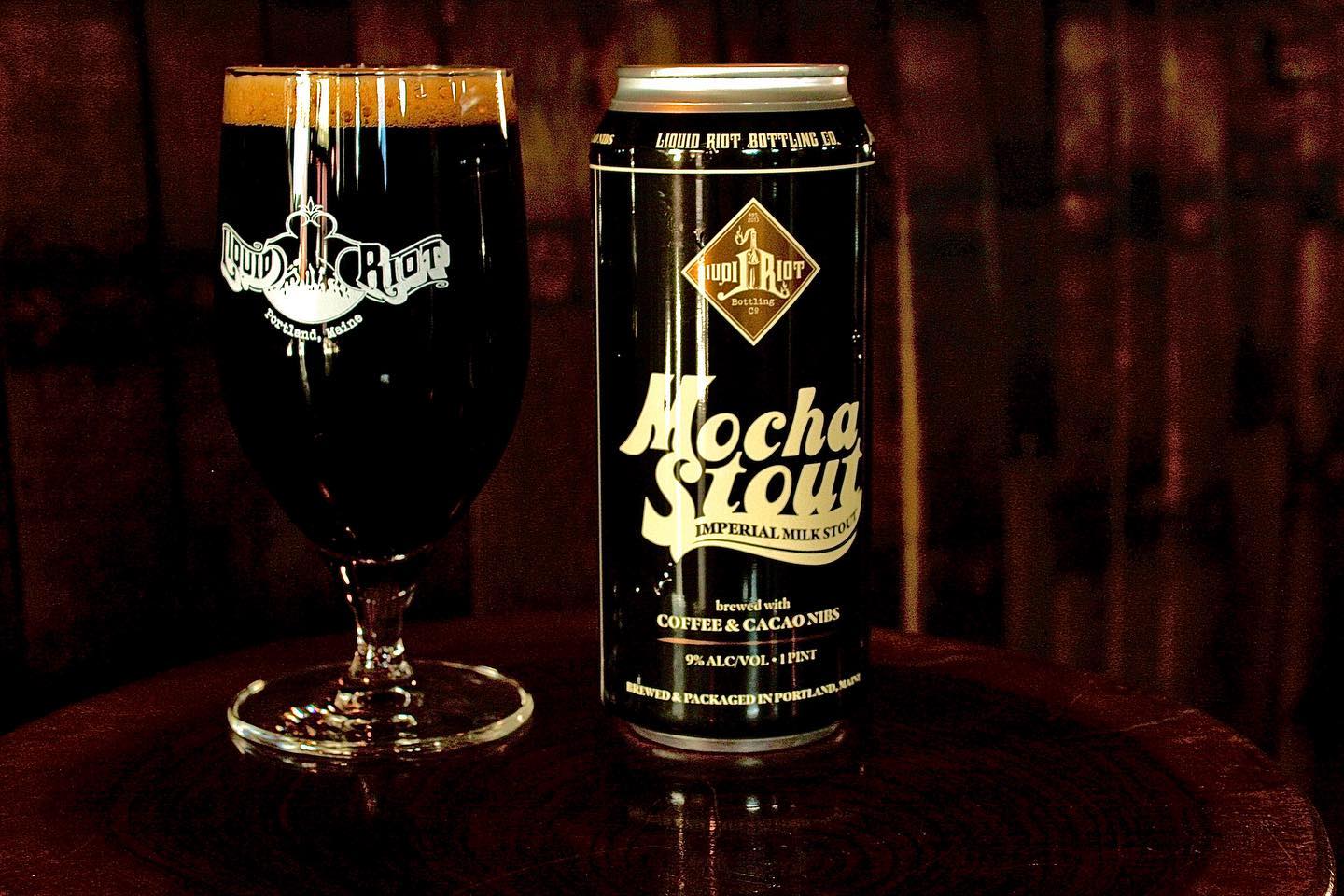 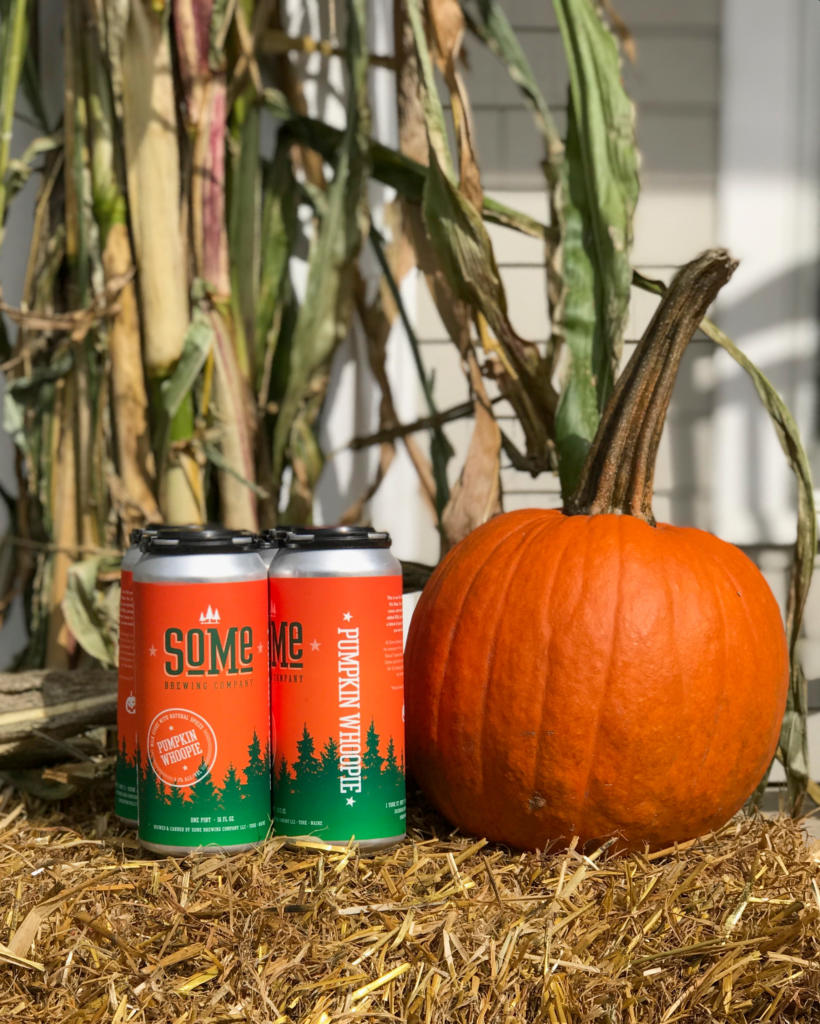 Welcoming the fall version of SoMe’s Whoopie Pie Stout is their Pumpkin Whoopie. Yes, it still has lactose, cocoa, and vanilla in it but this time around they have added real pumpkin to the mash and a blend of fall spices to give it that kick you were looking for. 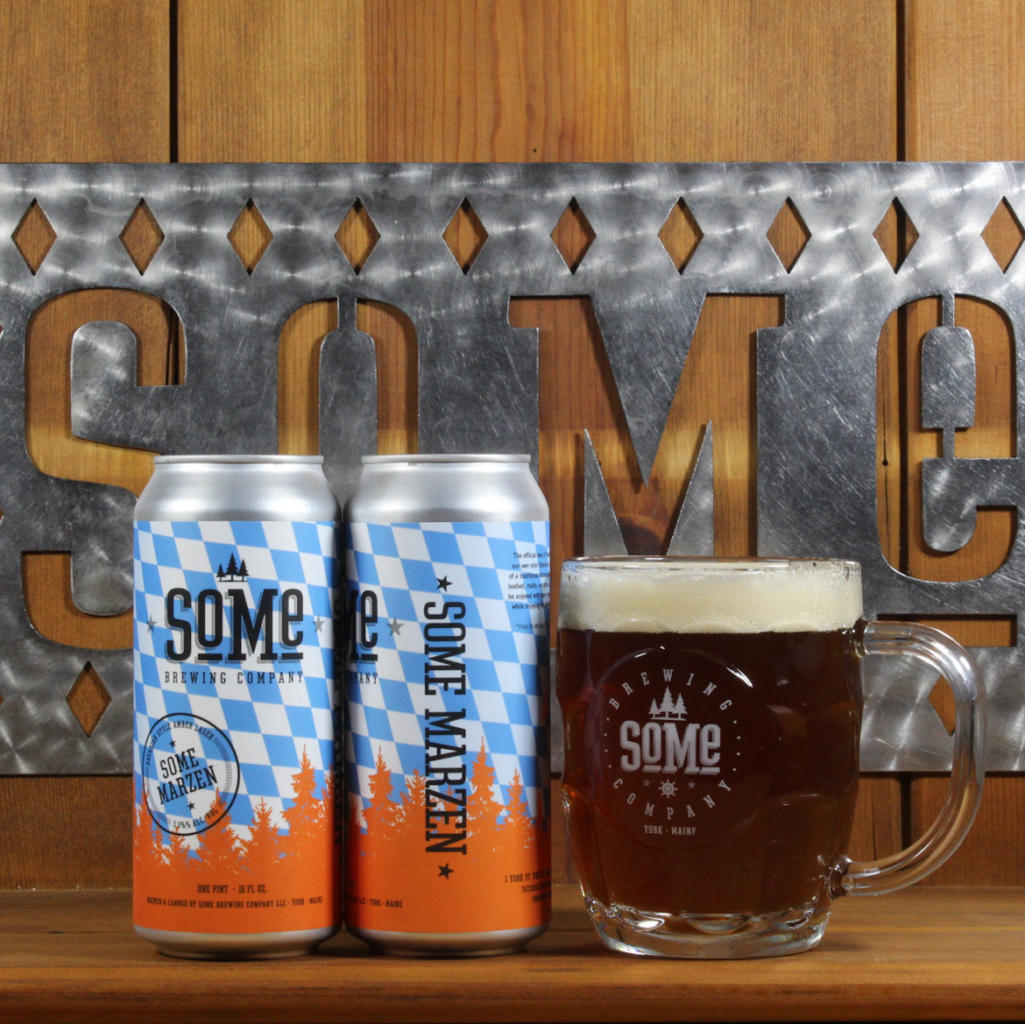 Their second release for Thursday, SoMe Marzen is their official beer of “Sometoberfest.” Their version of a traditional Marzen style lager is full-bodied, malty, and crisp and is meant to be enjoyed with many friends and family while enjoying the fall weather. Prost! 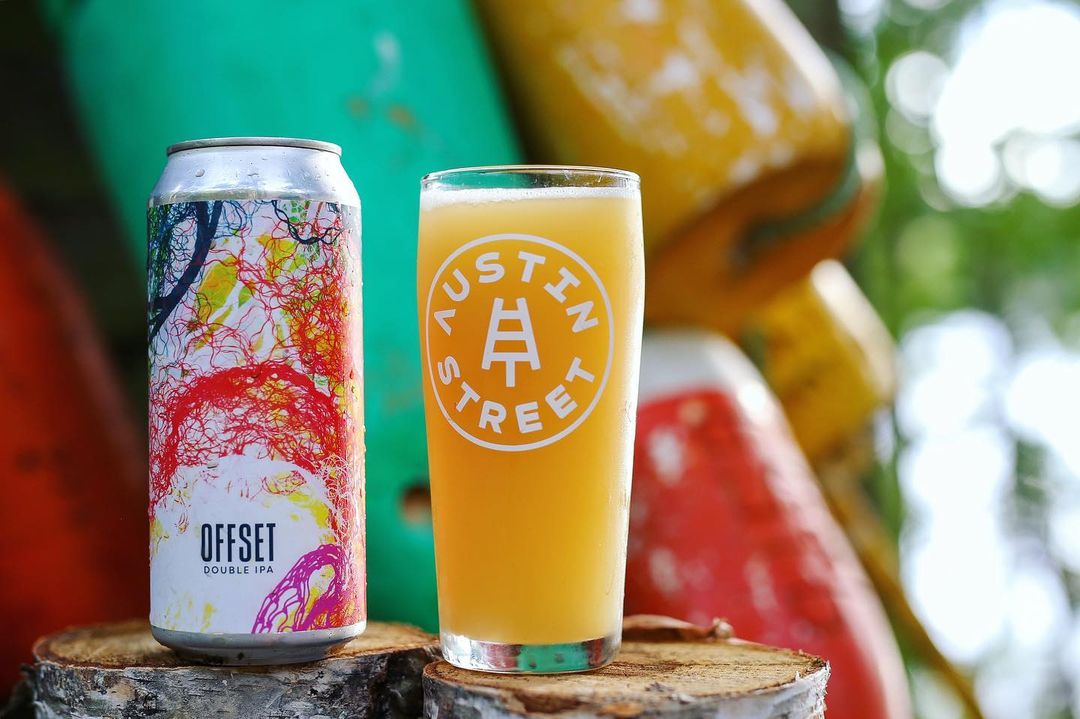 Offset is an American Double IPA brewed with Golden Promise malt and hopped generously with Citra and El Dorado. Exploding with flavors of ripe fruit, watermelon, and citrus this beer is a study in achieving maximum hop flavor with hardly any bitterness. 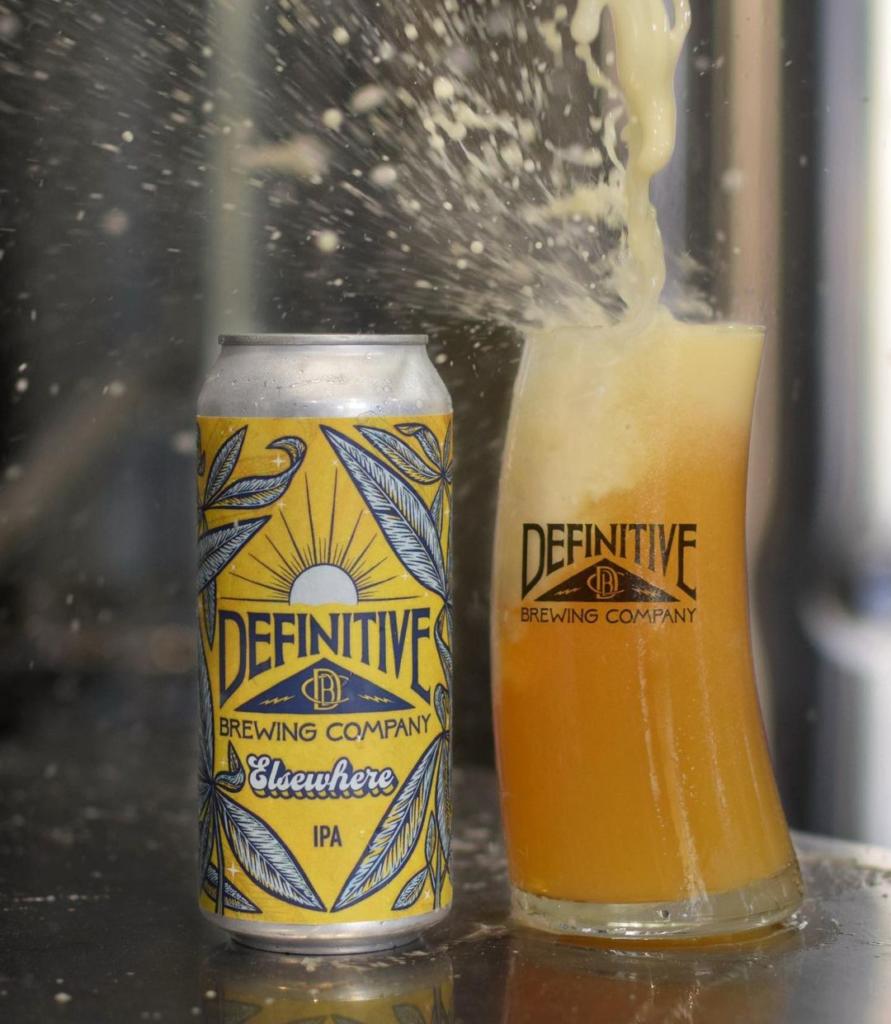 Hopped thoughtfully with El Dorado, Mosaic, and Simcoe, Elsewhere is bright and reliable, with hints of late summer fruits, yellow guitar melodies, and September sunflowers. Drink Elsewhere with a good friend and be transported. Available Friday in Portland, Saturday in Kittery. 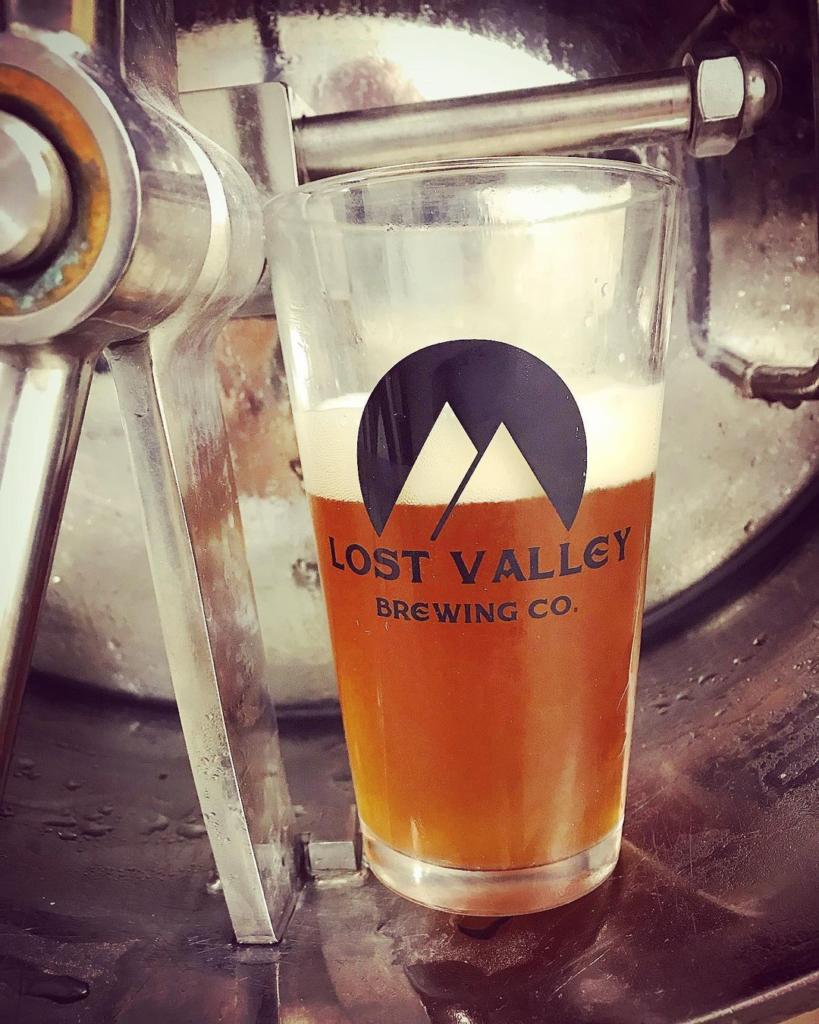 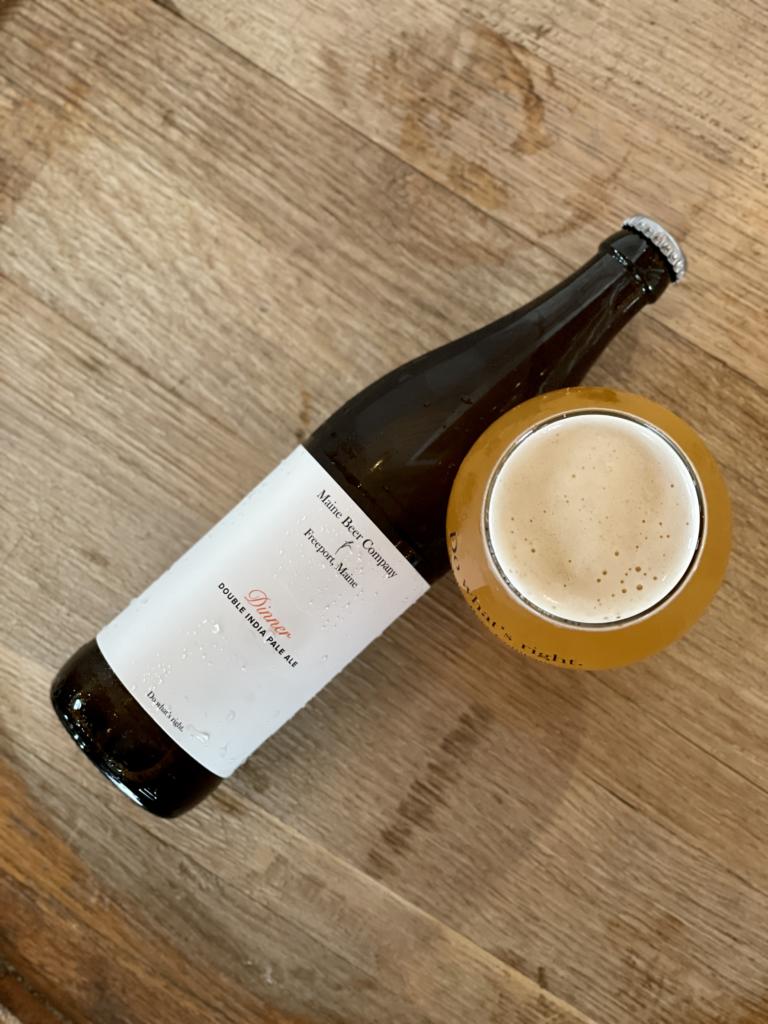 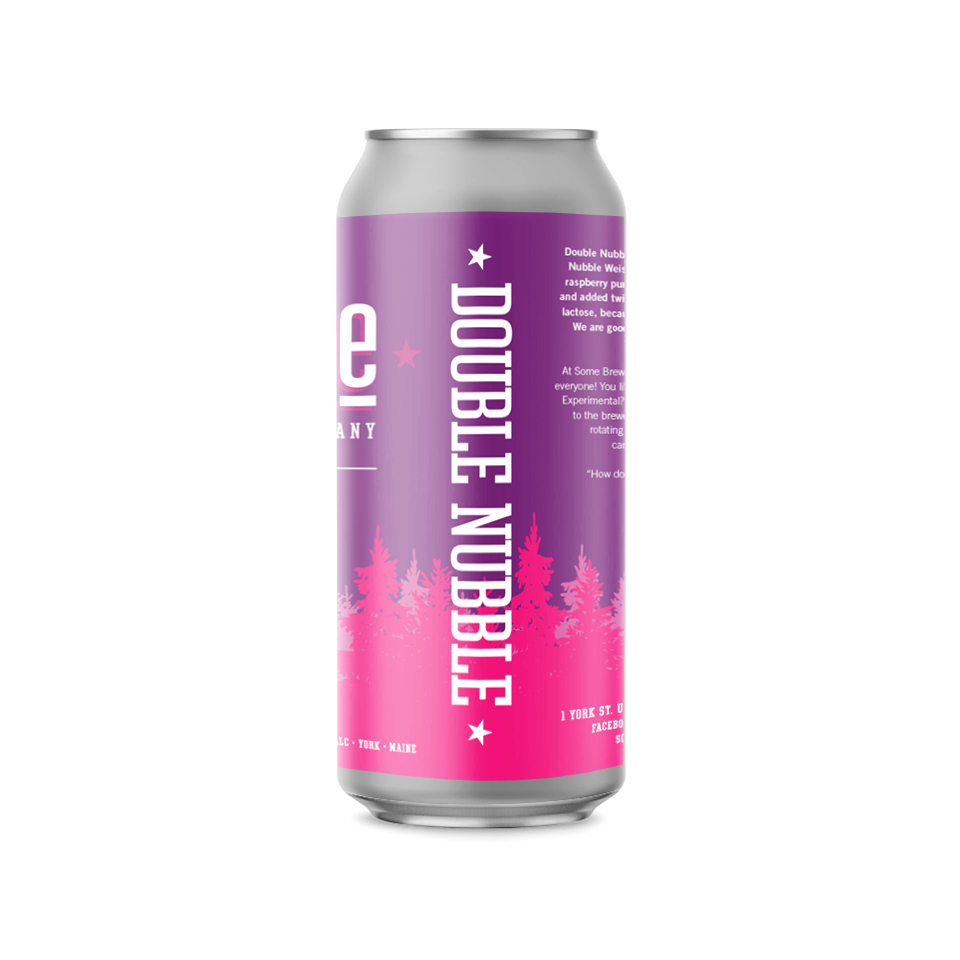 Double Nubble takes SoMe’s Berliner Weiss style sour with raspberries, scales it up to 8%, and doubles the raspberry puree. Available on draft and in cans on Friday.

As the season changes from summer to fall and on into winter, our attention shifts from the sea to the mountains. Mountainside IPA is the perfect companion for all of your mountainside adventures. 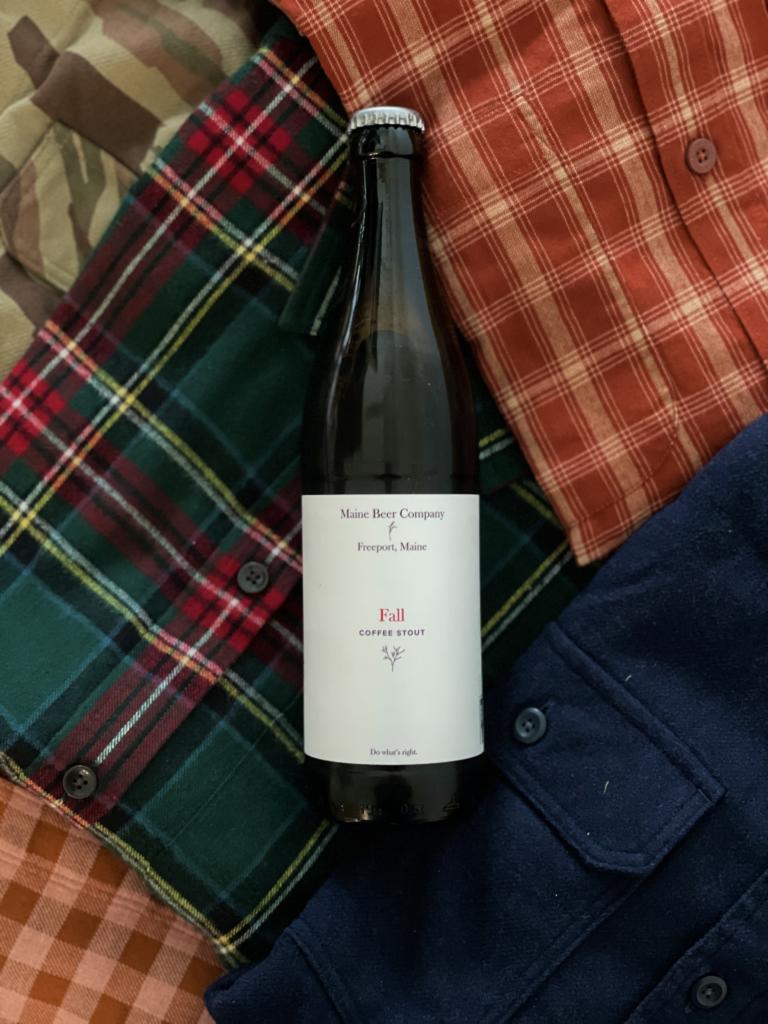 As part of Freeport’s Fall Festival, Maine Beer Company is bringing back Fall Flannel Fest. Drop by the tasting room Saturday and Sunday while sporting your finest flannel in a toast to the most “Maine” of seasons! They’ll have draft and bottles of their Fall coffee stout, and they’ll be raffling off flannel shirts from Patagonia, Toad & Co., and L.L. Bean each day from 12-5 p.m., with proceeds from the raffle going to support their 1% for the Planet partners Wolfe’s Neck Center. 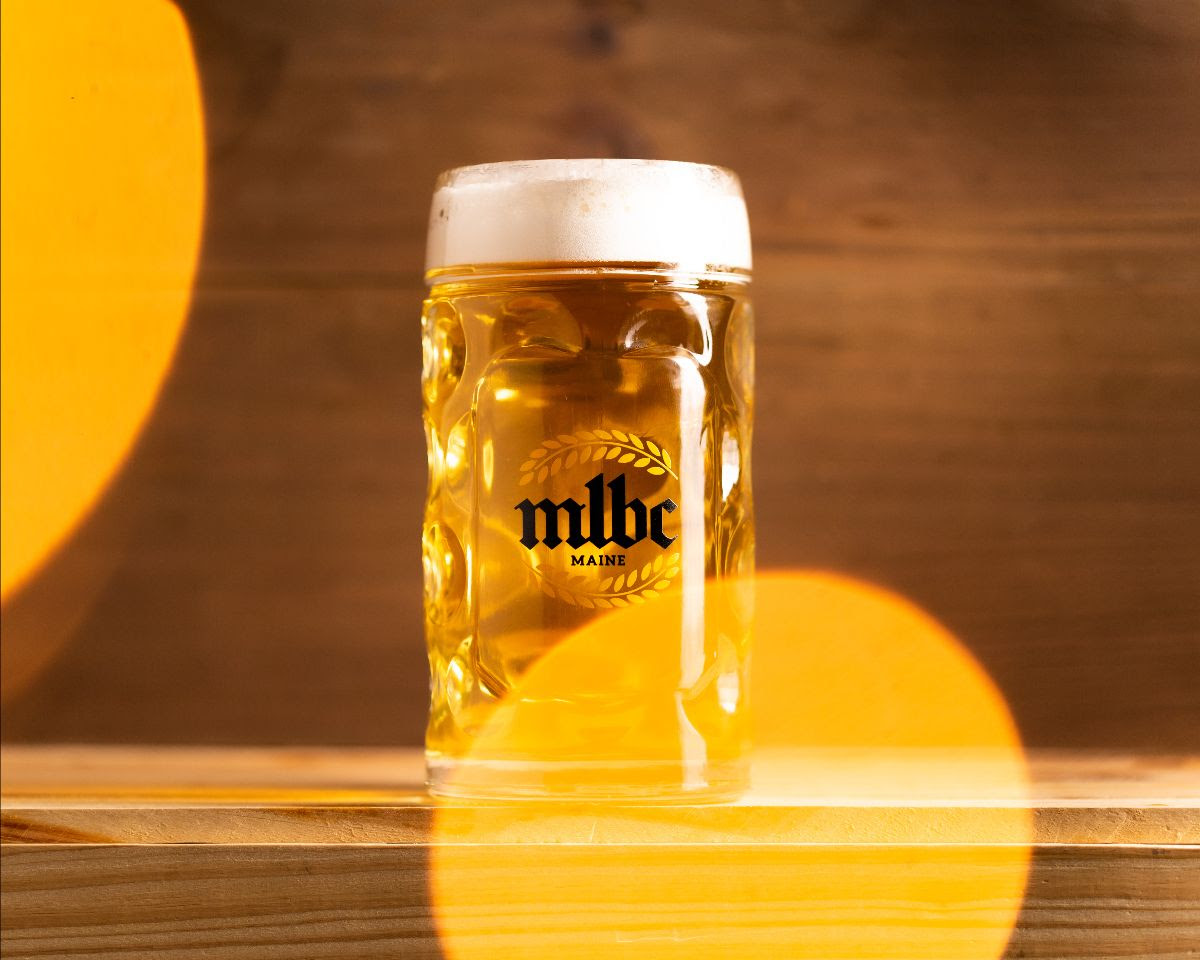 The event will coincide with the release of their festbier, Feierabend. This is a crisp and refreshing festbier to celebrate the German tradition of “Feierabend”—the time for leisure and relaxation when the day’s work is done. 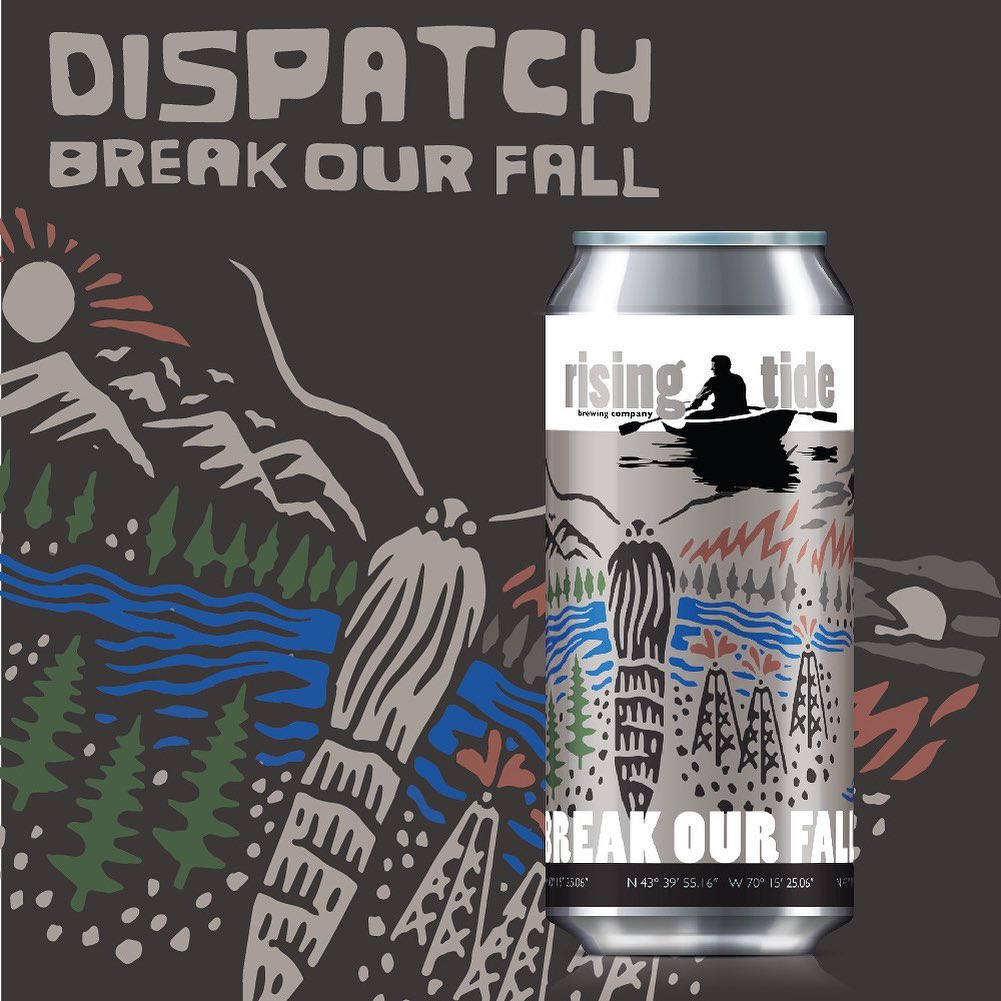 Dispatch and Rising Tide have teamed up for a beer collab once again. Named for Dispatch’s new album, Break Our Fall is a smooth, low-bitterness, hazy session IPA, bursting with notes of pineapple, passionfruit, papaya, melon, tangerine, and coconut. A portion of the proceeds from the draft pours and can sales of the beer will go to supporting the band’s charity work with Calling All Crows and Love Light + Melody. 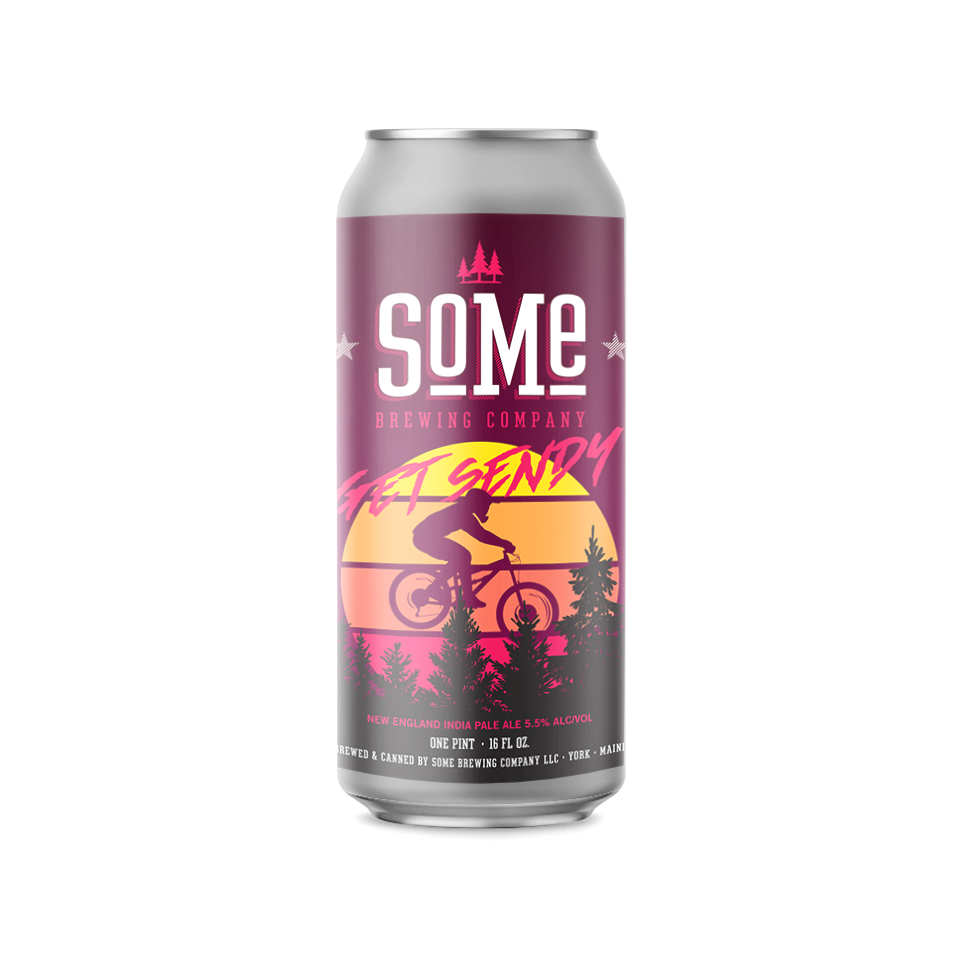 This week we’ve got new hard seltzers, pale ales, brown ales, Double IPAs and even a Triple IPA coming at ya! Don’t worry, there’s also an Oktoberfest lager in case you want to keep those beer fest vibes going. 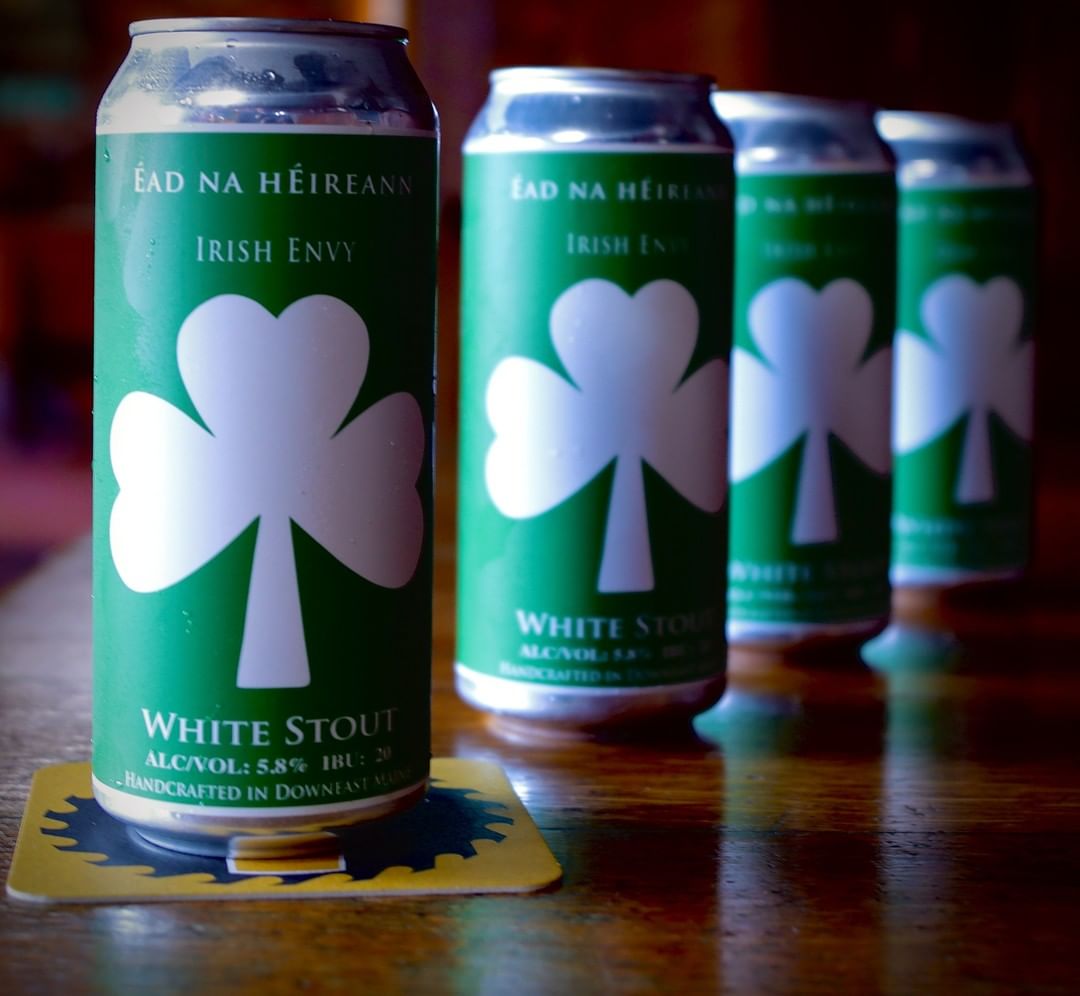 This handcrafted white stout boasts a light body and moderate carbonation for easy drinking, with just enough coffee and chocolate notes to make this pleasant on the palate. 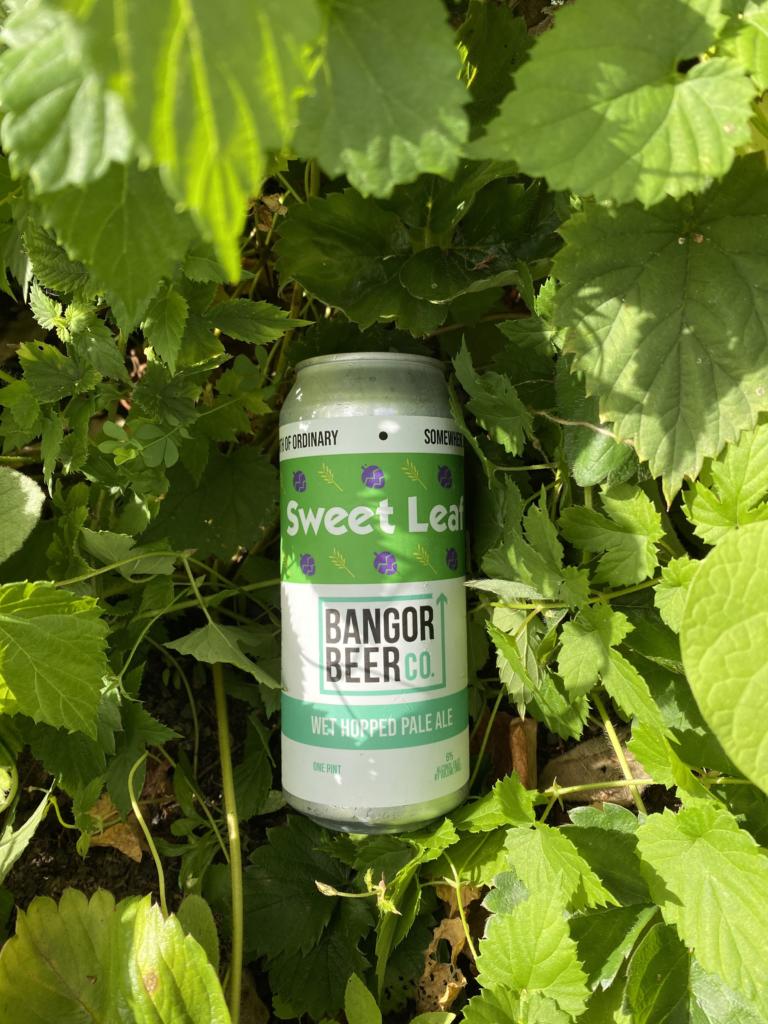 Sweet Leaf is a wet-hopped pale ale, made with freshly harvested Maine-grown Cascade and Comet hops. Supported by Maine-grown pilsner, pale, and wheat malts; this beer showcases the 2021 growing season in Maine. It’s only available once a year, so get it while the getting’s good! 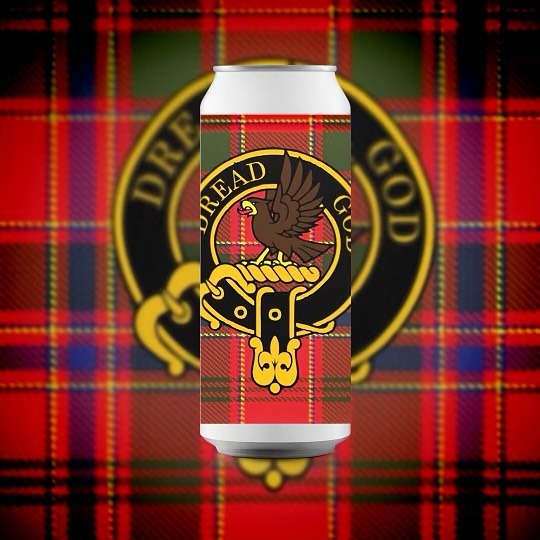 Munro is a strong Scotch ale with big rich malt flavors reminiscent of dark caramel and fig jam, with hints of smoke.

In the Clouds, Double IPA 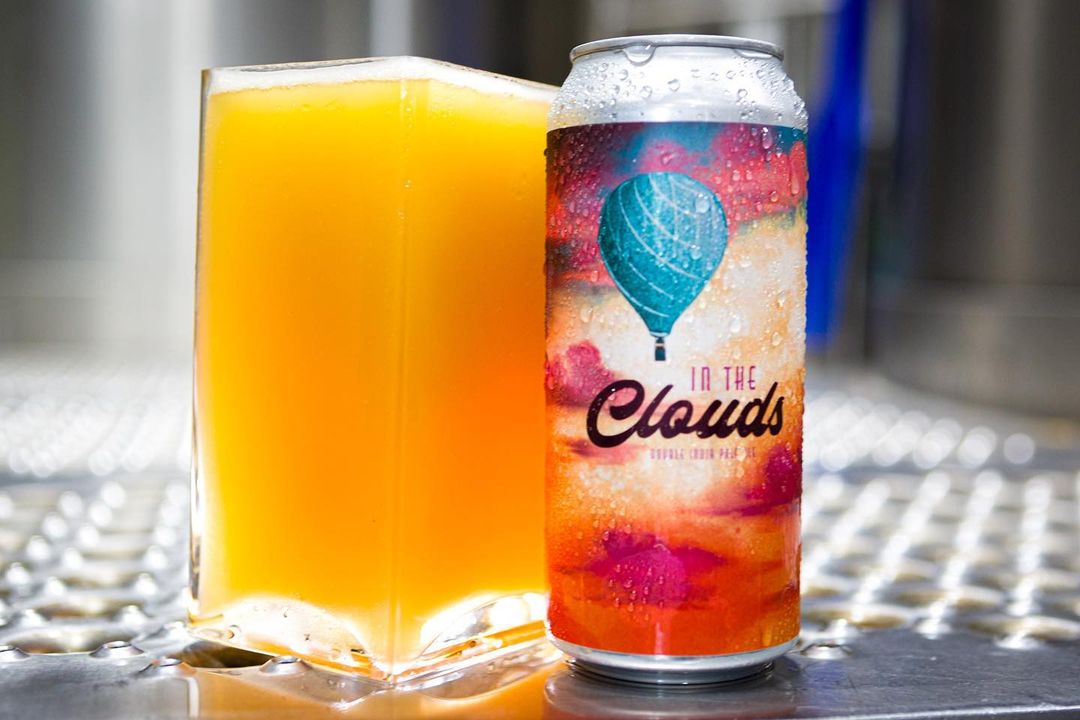 This hazy DIPA is hopped with Sabro, Ekuanot Cryo & HBC 472, Battery’s first beer featuring these hops. After just one sip, you’ll be overcome with flavors of ripe pineapple, coconut cream, mango and papaya. If you enjoy tiki drinks, you’re in for one heck of a treat! 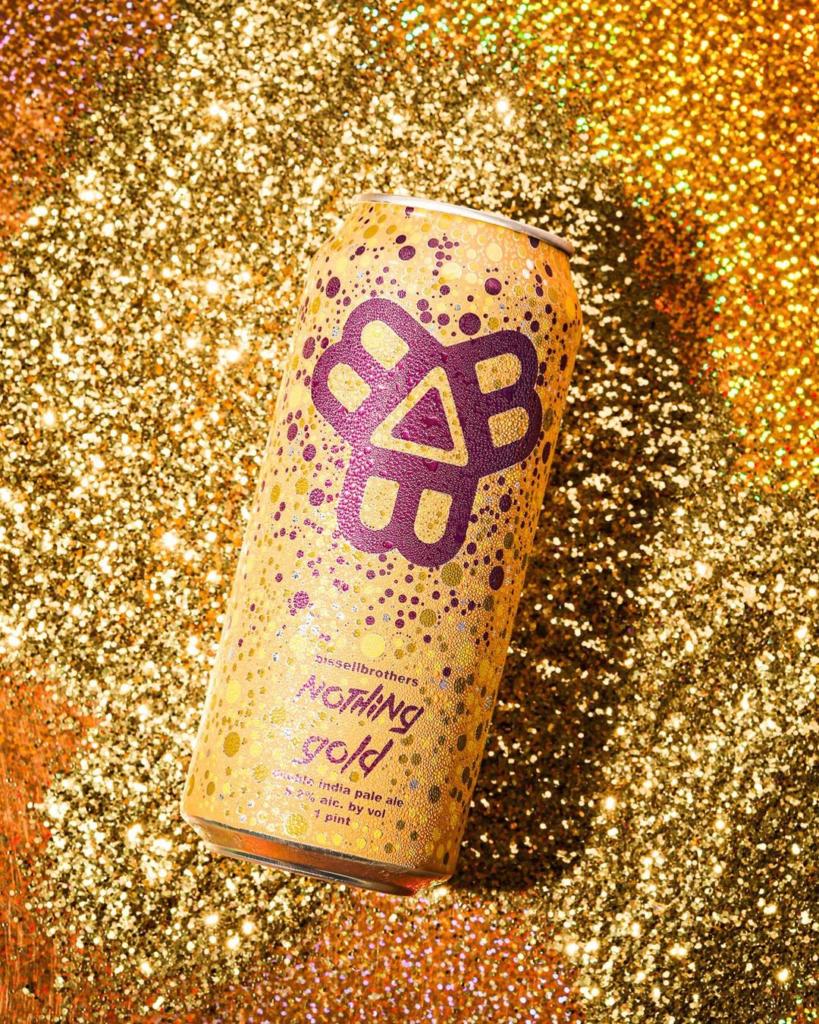 Bissell Brothers’ second DIPA was brewed as a reminder to cherish and celebrate what is, before it inevitably becomes what was. Mindfully hopped with Citra, Amarillo, Sultana, and Ekuanot.

OMG have you even tried this pumpkin spice Fade yet? It totally tastes like an iced latte! It’s got pumpkin, chocolate, vanilla, cold brew coffee, lactose, and all these like-fall spices. We’re totes OBSESSED. 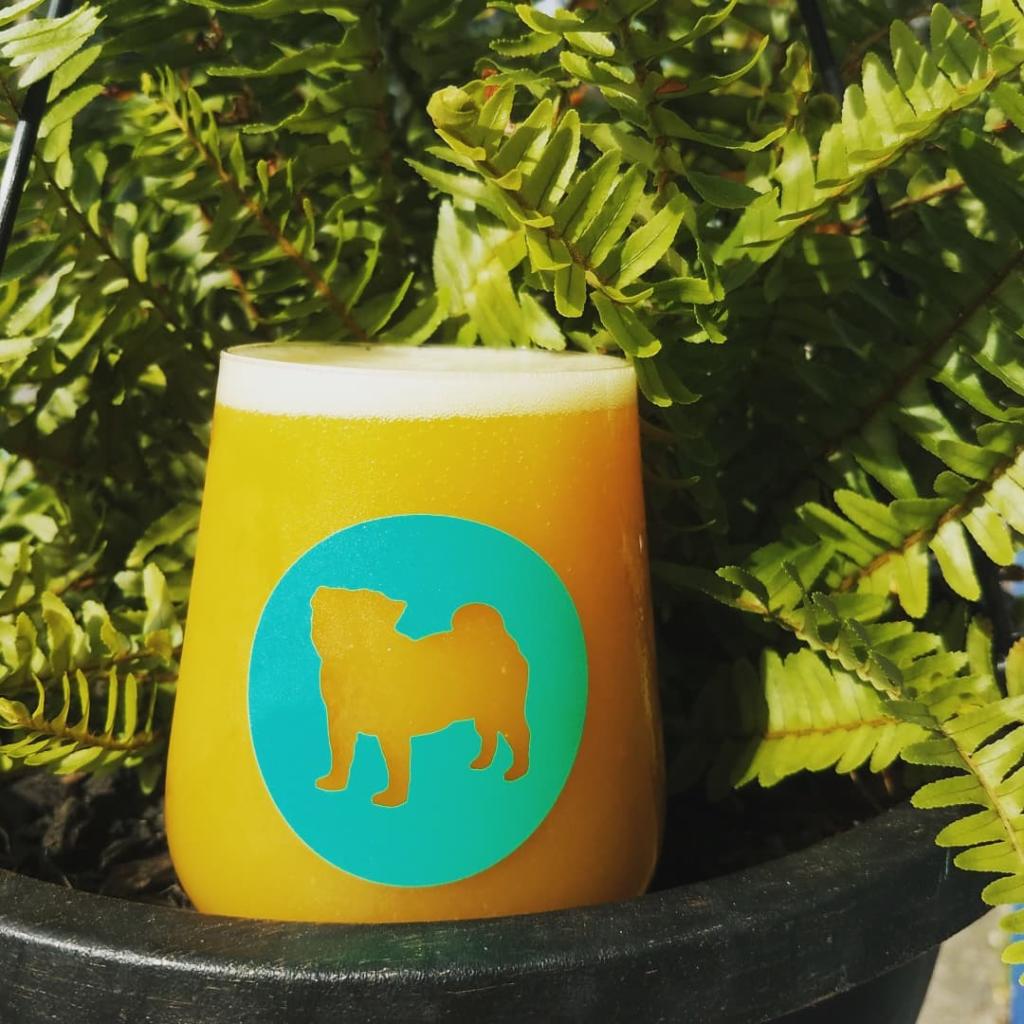 Nothing is better than a beautiful, sweet mango. Mango is soft, mango is juicy. Give up your material possessions join The Mango Cult, and ascend with us. In case you’re wondering, it’s a mango sour with a bit of honey in it, we don’t need to explain what it tastes like right? 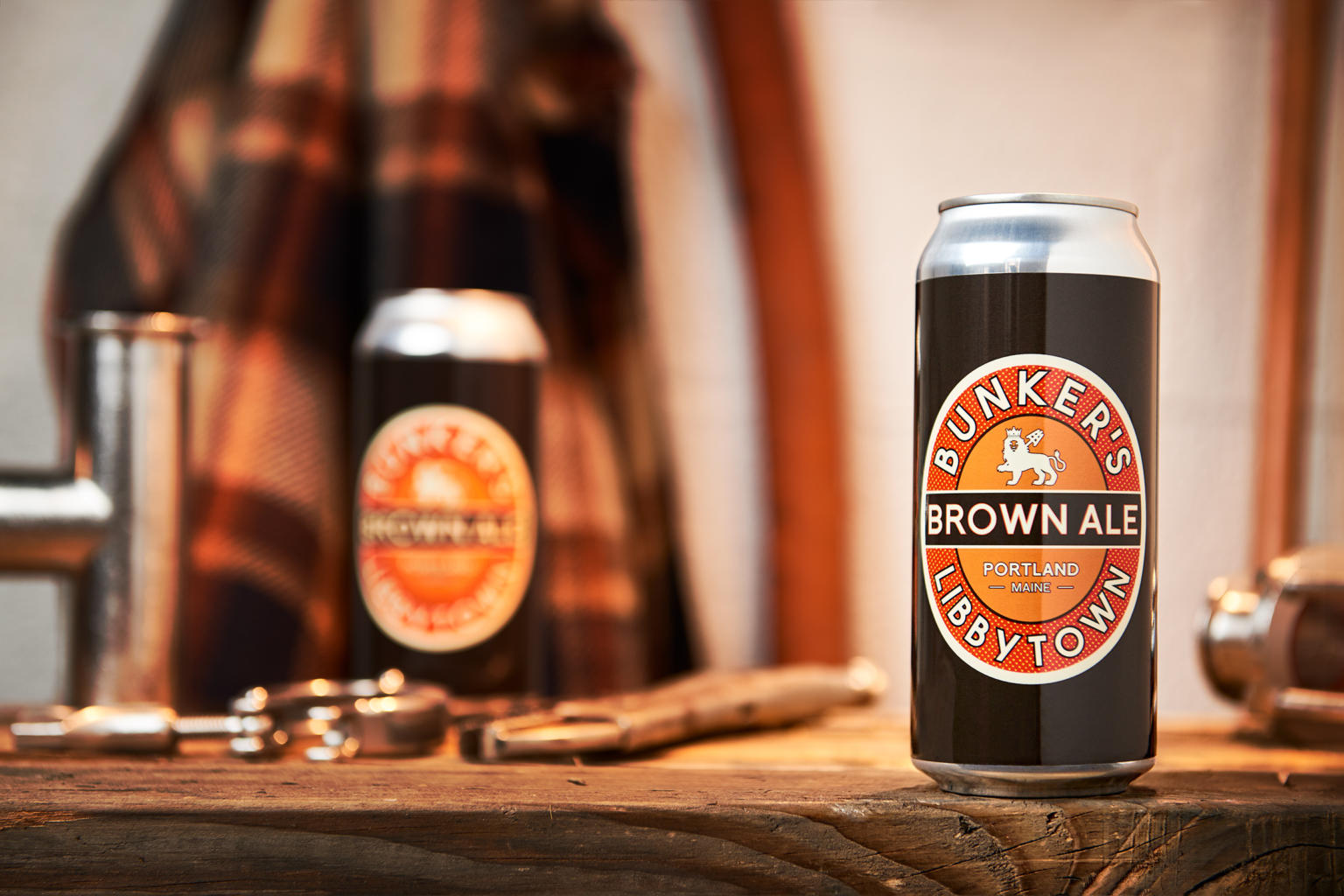 The newest variation of Definitive’s fruited hard seltzer, Lightning Water was brewed with pineapple and passionfruit. This new tropical version brings us back to the warmer days of mid-summer and gives us cocktails on the beach with toes in the sand vibes. This latest Lightning Water variation is now available on draught only at both locations. 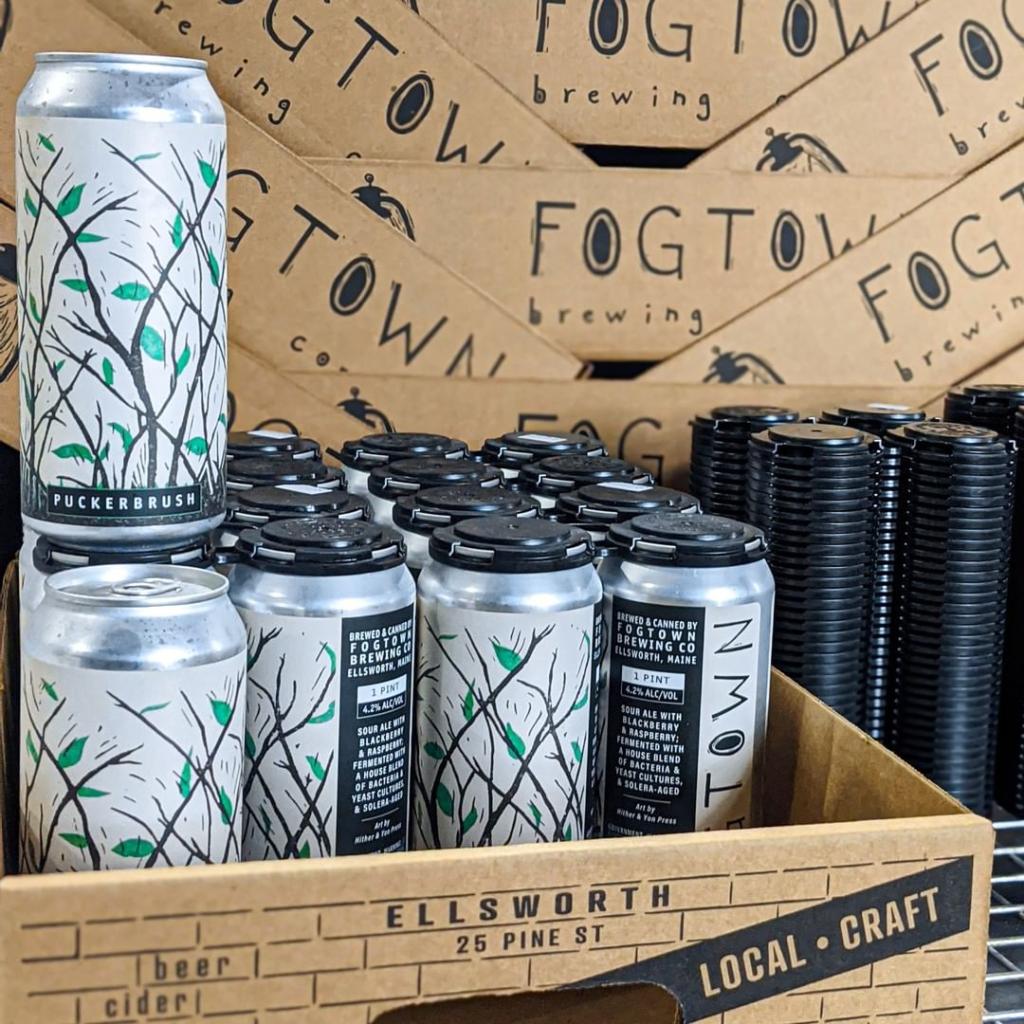 This juicy sour ale was brewed with a perfect preponderance of blackberries and raspberries, fermented with the house blend of bacterial and yeast cultures, and solera-aged (an aging process implementing fractional blending so that the final product is a mixture of ages).

Galacticon is a New England Triple IPA that is released just once a year. It pours a hazy gold, and each sip showcases the beautiful flavors of papaya, melon, mango, and white grape, all layered over an underlying dankness that is the hallmark of Australian Galaxy hops. Aggressively hopped with Galaxy and Citra, Galacticon unleashes all of the intensity of these hops with little bitterness, and lands at a deceptively smooth 9.2% ABV.

This authentic German Lager is bottom fermented with Lager yeast and then aged for two months before its release.  Oktoberfest Lager is noted for its malt-forward taste and a restrained but perfectly balanced hop character. 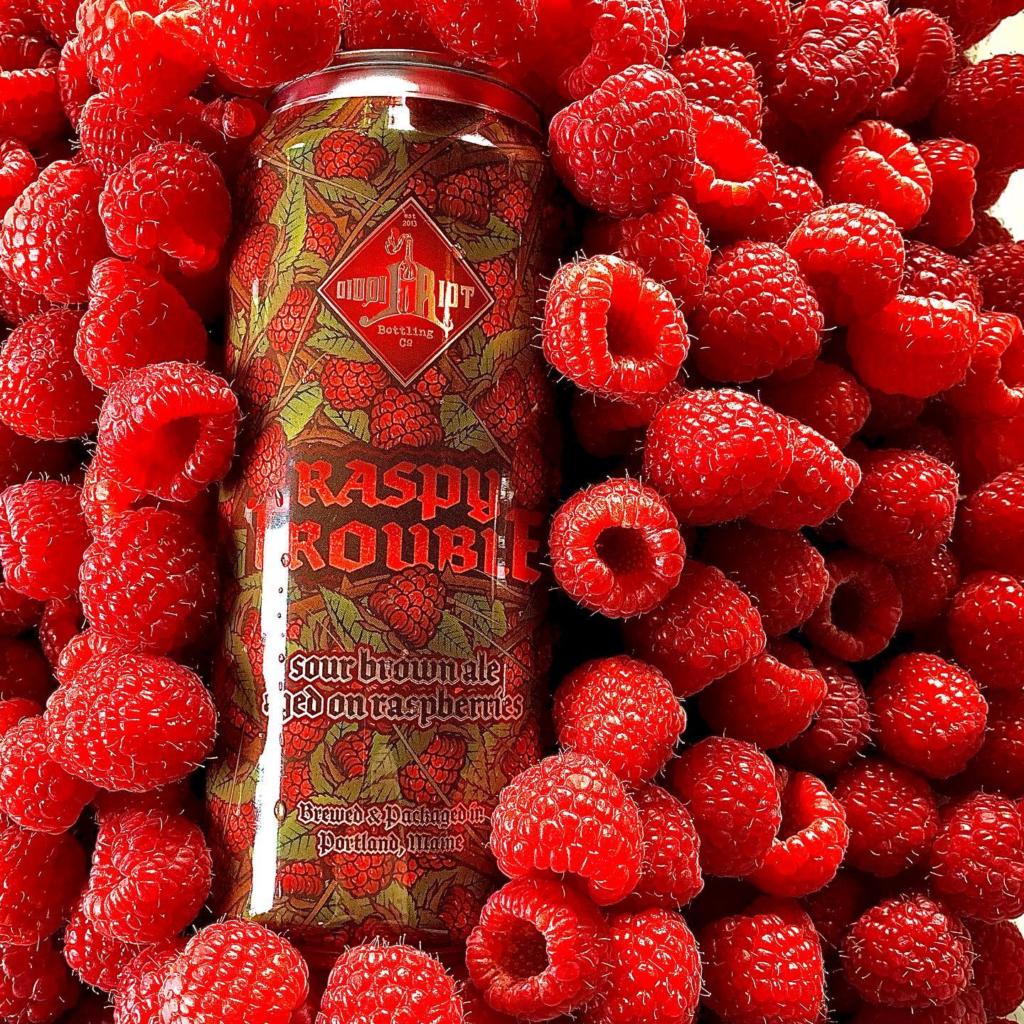 We predict you’re going to like this news “berry” much. Raspy Trouble is a sour brown ale aged on Maine grown raspberries and now available to-go and everywhere else Liquid Riot beer is sold. 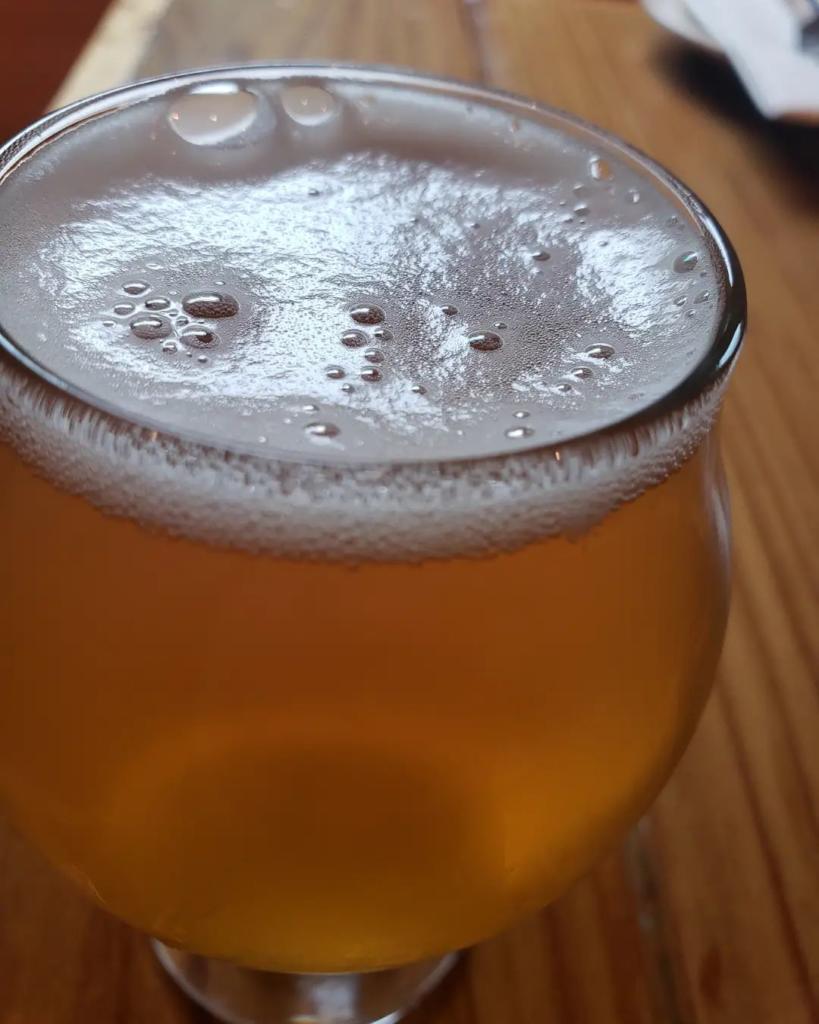 For Pales Sake is brewed using Pilsner Malt and Idaho 7 hops that leans a little to the West coast in style. It pairs with pumpkin cheesecake, fried pickles, and the Nonesuch veggie burger.

Check out a rundown of the latest fall releases (although, to be fair, we feel like we’ve already done a PRETTY good job of keeping you up-to-date), read the latest on the upcoming Swine and Stein Brewfest, and learn about Baxter Brewing’s new Sea to Summit Kölsch-style ale.

Oktoberfest and other fall beers, and where to drink them in Maine

It’s officially Fall, and with the season of cool nights and changing leaves comes the time to change up the lighter, fruitier summer beers you drink in favor of heartier autumnal brews.

Swine and Stein Brewfest has been scheduled from noon to 5 p.m. Saturday, Oct. 9, on Water Street in Gardiner.

Maine’s beloved Sea to Summit race series has once again been canceled due to the pandemic, but the series’ official namesake beer marches on!

We hope you enjoyed this edition of Maine Beer This Week! If you own a brewery or other beer business and would like to be featured in upcoming issues, please email or call us to learn more at beerthisweek@gmail.com (207) 209-2094