For several months, significant construction has been ongoing with the parking garage and retail units along Fore Street that once housed Five Guys and Maine Lobster Shack. Construction is beginning to finish up and at least one of those units will house a new island-style restaurant called Paper Tiger. The vision is being brought together by several people, including Michael Fraser, known for his other ventures Roma Cafe and Bramhall. 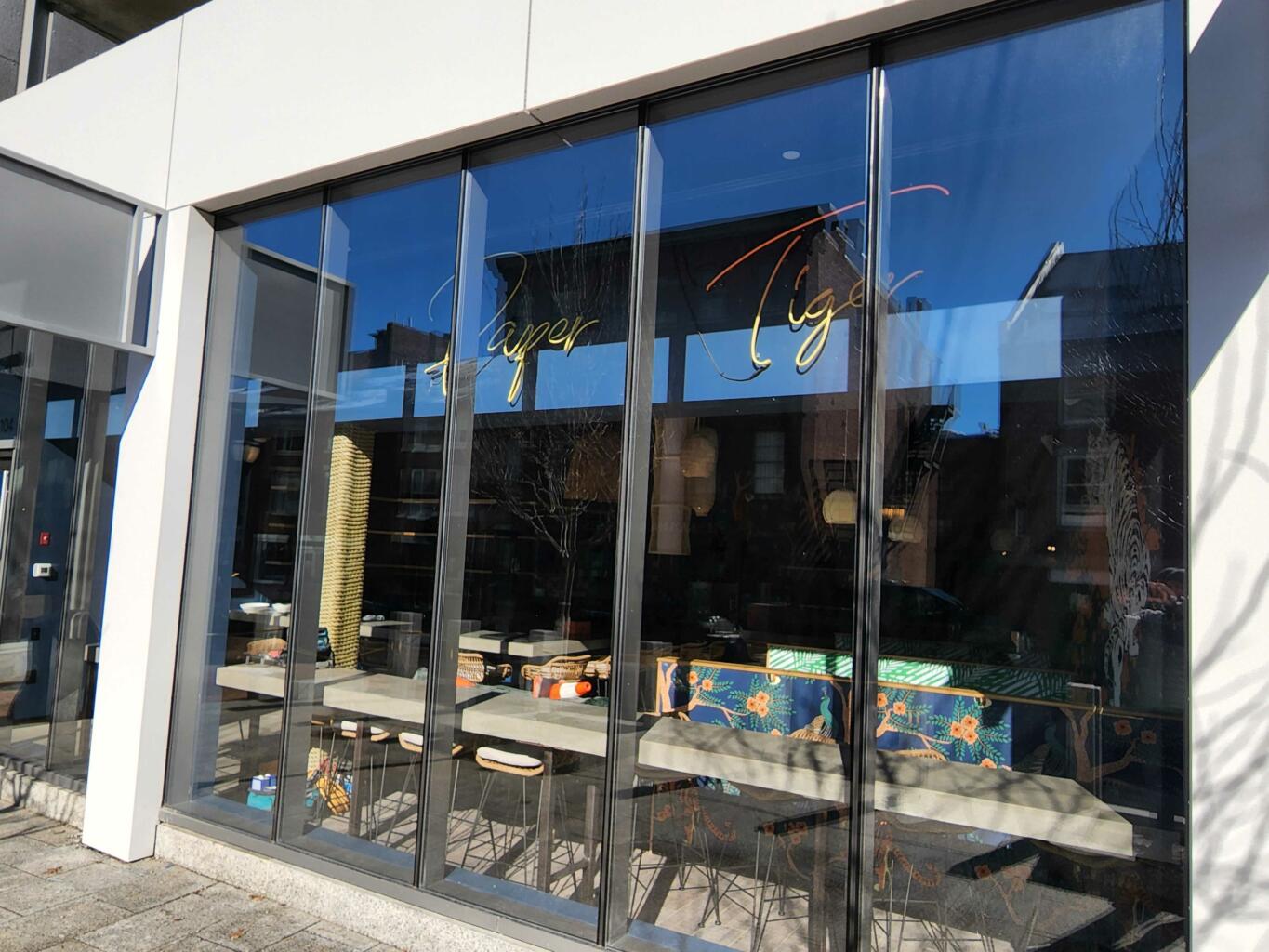 Marcus Alcantara, one of the business partners involved in the project, offered a brief overview of what future guests can expect when they visit Paper Tiger. Inside the restaurant, they’ll have multiple different seating options, including waterfall tables and booths that can sit between 4 to 10 people. They’ll feature traditional bar seating but also plan to install a concrete bar facing the large windows for prime people watching. During the warmer months, Paper Tiger will have expansive patio seating. 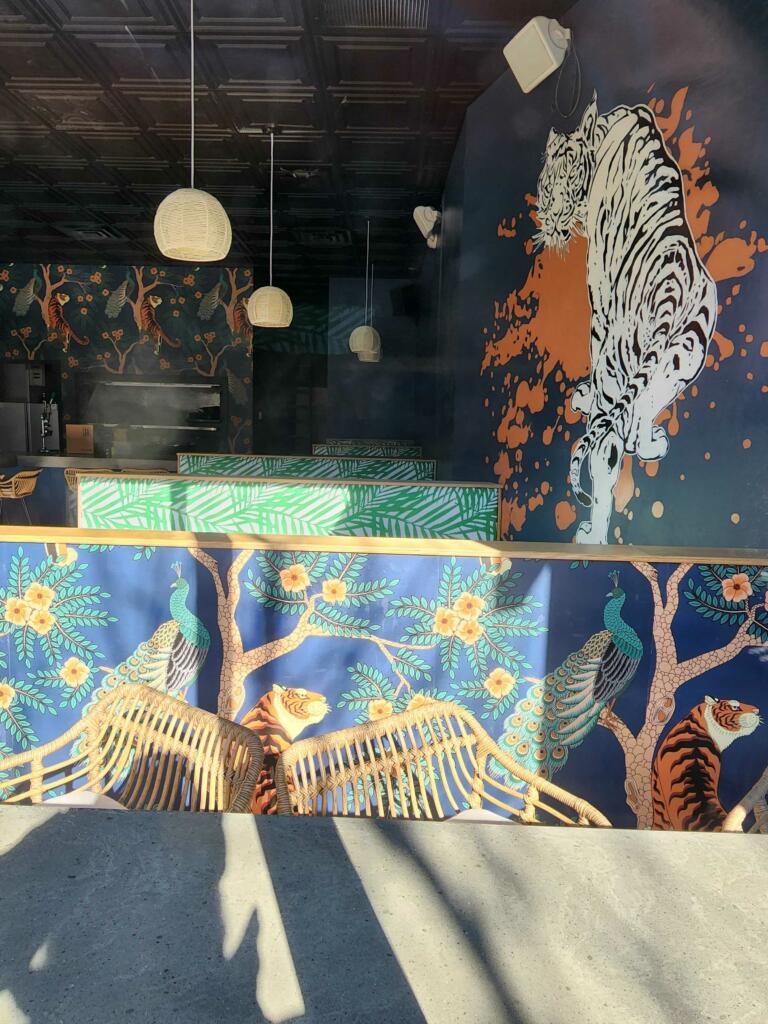 The food menu for Paper Tiger will be curated by Executive Chef Nace Cohen. Visitors can expect some raw bar offerings like oysters and crudo. Some of their other offerings will include steamed buns, coconut wings and umami fries. Their cocktail menu will be filled with different craft cocktails including their play on a classic Scorpion Bowl. Paper Tiger also plans to offer something unique to Portland, a once-per-night golden punch cocktail that serves multiple people. Only one will be prepared on Friday and Saturday night with special ingredients and once it’s sold, it’s gone. 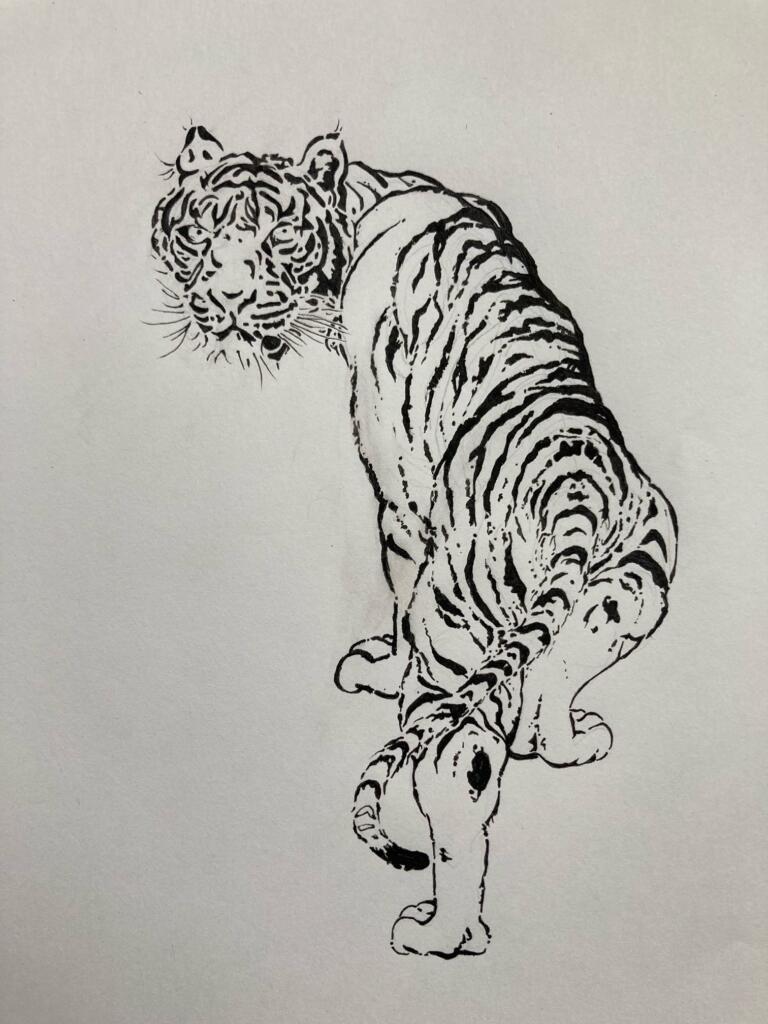 Paper Tiger is diligently working on their final construction of the space with plans to be open sometime in February.