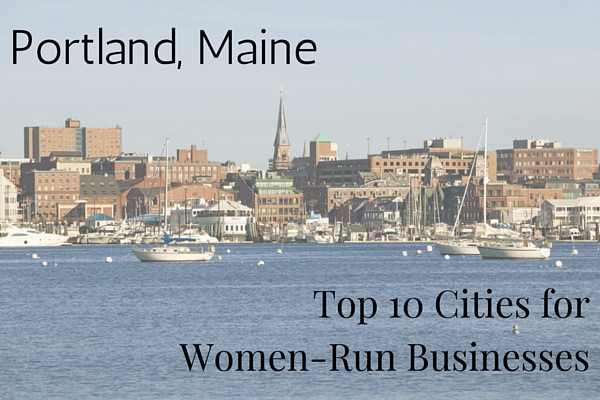 Portland is continuing its trend of appearing on pretty much every top 10 list imaginable. This time it’s for female entrepreneurs. According to a new report by NerdWallet, Portland ranks #9 in the country for best U.S. metro areas for women to start their own business. Portland is rapidly becoming a hotbed for entrepreneurship. One only need look to the growing success of Maine Startup and Create Week and our inclusion on Revolution’s “Rise of the Rest” tour with AOL founder Steve Case – a nationwide effort to tell the story of entrepreneurship in the U.S. During the Portland stop, eight of the most innovative startup companies in Maine were given the opportunity to pitch Steve Case. The winning startup, Rapport, received a $100,000 investment prize. Not too shabby.

On NerdWallet’s list, Portland ranks #7 nationally for women-owned businesses per 100 residents, with 3.42. We also rank 31st for SBA-guaranteed loans per 100,000 residents at 21.58. We can think of several successful women entrepreneurs in Portland off the top of our heads, including Leigh Kellis of The Holy Donut, Alaina Marie, Angela Adams and Mary Allen Lindemann of Coffee by Design. So cheers to our female entrepreneurs, and hopefully to many more women-run businesses opening in Portland.