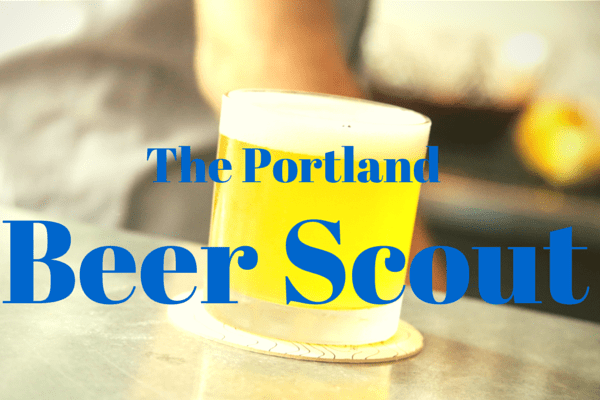 The weekend is full of beer drinking during Old Port Festival. Why not drink at local places with local craft beer? There are so many beers on tap around the Portland Old Port that are perfect for summer and day drinking. Here is what’s on tap:

Last night (June 11th) The Thirsty Pig hosted Banded Horn as they re-released their Greenwarded IPA. The unique ingredient, spruce tips, were hand picked during a Beer School event with the Banded Horn boys. The spruce tips gave it a great piny flavor that goes very well with IPAs. Even though the beer has been tapped out at The Pig, the Game Warden Sausage is still being served. That is made with Spuce Tips and Banded Horn’s Pepperal Pilsner. You can also enjoy Banded Horn’s Mountain, a Russian Imperial Stout. 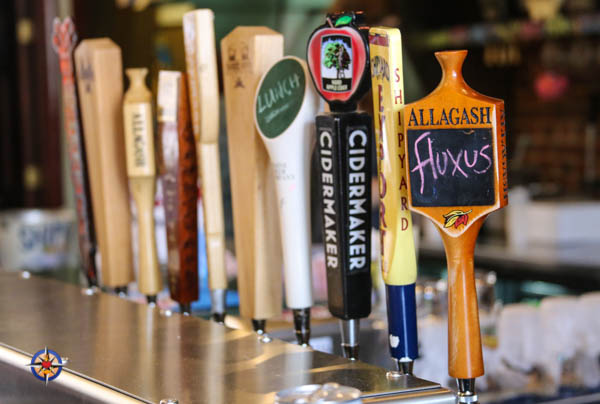 Other than the Banded Horn Brewing Company beers that were leftover from the night before, The Thirsty Pig had a great beer selection. Fluxus is a bier de miel style that weighs in at 8.8% ABV. Fluxus uses Allagash’s house yeast (which is yummy) and honey that they harvest from the brewery. Yes, Allagash has their own bees and beekeeper.

There was also Bissell Brother Brewing Company Bucolia as well as Maine Beer Company’s Lunch IPA for you hop heads out there. 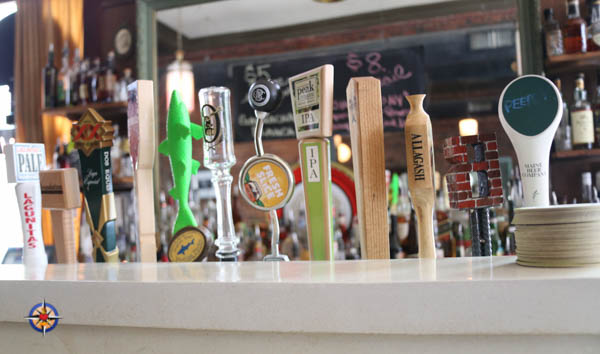 Sonny’s had their regular selection of breweries like Foundation, Bunker, Oxbow, and Allagash. The selection is very summer-forward and delicious. Otter Creek’s Fresh Slice is on tap, which is very drinkable. Allagash White, Banded Horn Pepperel Pilsner, Bunker Eat The Sun Pale Ale, and Oxbow Grizacca are all on tap as well. 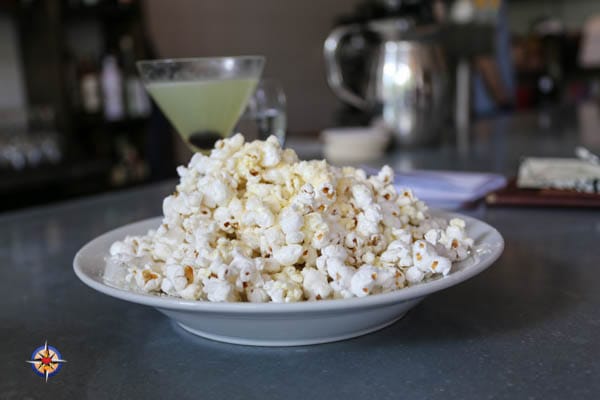 I walked into The Portland Hunt and Alpine Club and munched on their popcorn with green chili, butter, and Parmesan, pictured above. 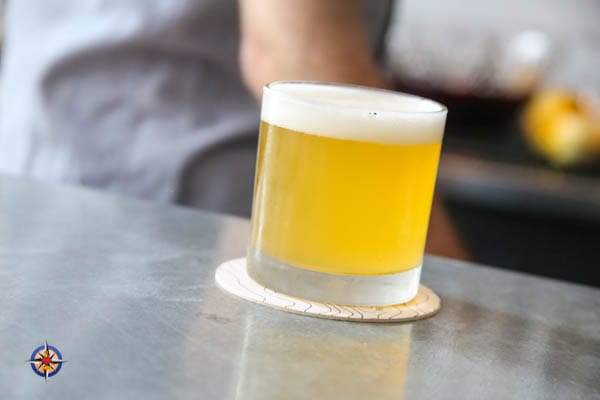 They had their staples of breweries that they normally have. Very summer forward in styles, similar to Sonny’s. Rising Tide Brewing Company’s Spinnaker is on tap. Spinnaker is a hefeweizen that’s one of my favorite summer styles and this is a great example of one. They also had Oxbow’s Loretta, Bissell Brother’s Substance, and Bunker Brewing Machine Pilsner on tap. 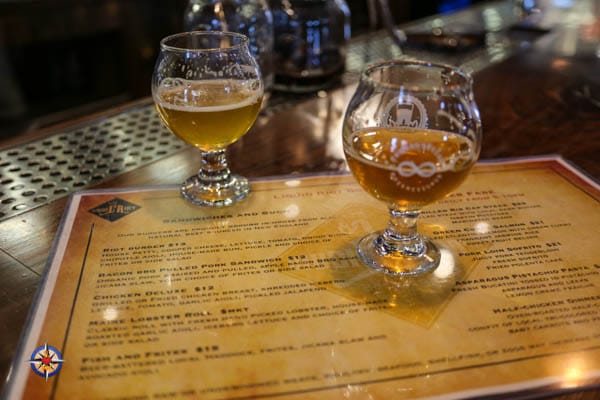 Liquid Riot is at it again with their phenomenal hoppy beers. This time with their Mob Scene IPA and I.P.A.wesome Vol. IV, pictured above with Liquid Riot’s new food menu. The Mob Scene IPA is a dank IPA brewed with American and New Zealand hops: Centenial, Rakau, Simcoe, Motueka, Southern Cross, and Columbus hops. The I.P.A.wesome Vol. IV is the 4th installment in their “awesome series” IPAs that uses an experimental hop called NJ007. 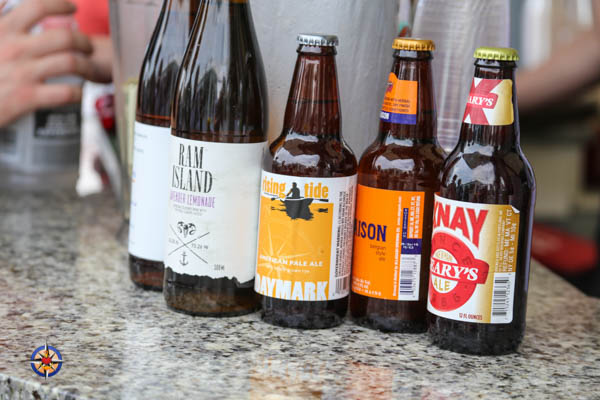 Portland Lobster Company (PLC) is known for always carrying local beers in bottle and on tap. Their bottles are 100% Maine brewed beer, as pictured above. 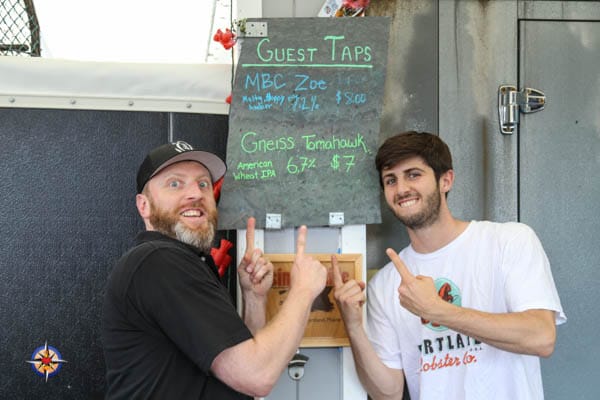 PLC also has 2 rotating taps that are also strictly Maine-made. This time they have Maine Beer Company Zoe, a hop forward amber ale that weighs in at 7.2% ABV. Gneiss Tomahawk is a wheat-based IPA made with Epoch and Tomahawk hops that tastes awesome!

Adding another newcomer to the list, welcome Curbside Comforts Food Truck, making it NINE new food trucks coming to the Portland & the surrounding area this year! 🚚

Our detailed list of the nine new food trucks coming to Portland and expected to launch this 2021 season.