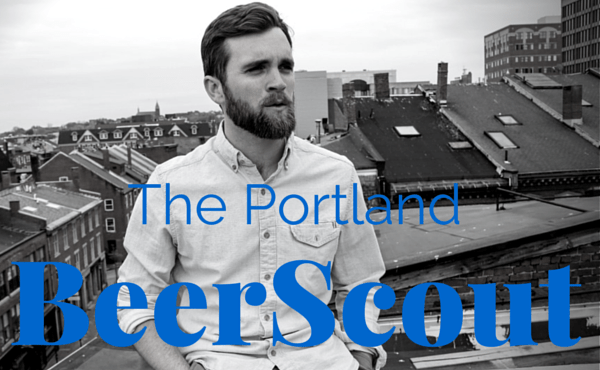 Have you ever heard of the Maine Brewers’ Guild? You certainly should have. They are Maine’s first line of defense for promoting, growing, and protecting breweries throughout the Vacationland state. The person that you see above is the sole employee and spokesperson Sean Sullivan, The Executive Director of the Maine Brewers’ Guild. With many Guild members, Sean works hard to make sure craft beer in Maine thrives.

The Maine Brewer’s Guild is returning with their annual beer festival this summer. Last summer they teamed up with Sierra Nevada’s Beer Camp when it came to Thompson’s Point for a gigantic and laid back beer festival. Beer Camp was a massive beer festival that traveled to 7 different locations throughout the country. They delivered breathtaking beers that you’ve heard of and ones that you haven’t to many destinations including Portland, Maine. The Maine Brewers’ Guild helped brew a special beer with them that was on tap during each festival.

The Beer Babe says it best in her latest piece on beer festivals “A well-run festival is a social event where you learn things, a chance to try new beers and meet new people.” Through my last 5 years of attending beer festivals my favorite ones  have been organized by the Maine Brewers’ Guild. They’ve been around long enough to know how to run a good fest. Gone are the long lines, the pre-gaming attendees (mostly), and lack of facilities.

This year in 2015 the Maine Brewers’s Guild plans to return with their own festival at Thompson’s Point. They are planning to host 40+ Maine breweries which is the most Maine beer being poured in one place…ever. The festival this year is more innovative than ever before. They are allowing each Maine Brewery to invite one out-of-state brewery to the festival. This will bring a variety of beer that you can sample on July 25th from in-state and out-of-state breweries.

What makes this fest even better is that the proceeds to this festival go to the Maine Brewers’ Guild. So basically, your drinking beer in support of beer. The Maine Brewers’s Guild challenged the brewers to make session beers (beers of lighter ABV%) for the VIP session. The VIP session is one hour before the actual event starts. The session beers allow the attendees to try one-of-a-kind beers from the brewers and still be able to drink throughout the festival.

Here is a list of breweries as of May 31st:

We sat down with Sean to talk about the summer beer festival.