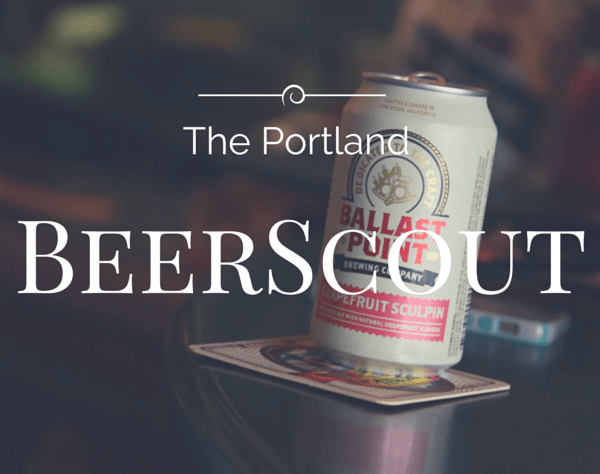 Welcome to the weekend, where the craft beers are bountiful and the sun is shining. Everywhere in the Old Port, local beers are being enjoyed with amazing food. Come down to Downtown Portland and enjoy some of that yourself. Here is what’s on tap at a few places around town. 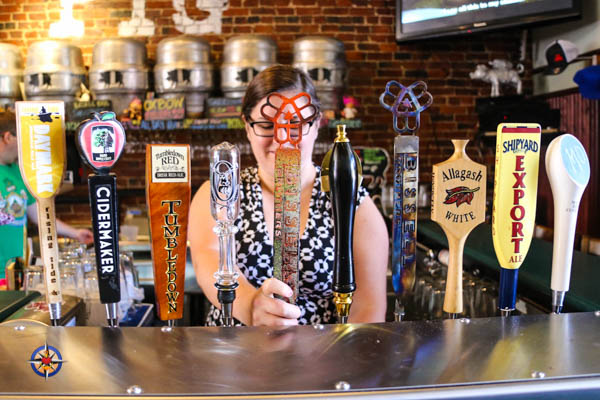 I’ve noticed the Thirsty Pig usually has a hop forward beer selection, which I’m absolutely happy about. This may not be for everyone, but it’s a great way to dive into summer. The first thing I saw was the two Bissell Brothers tap handles which directed Lux and Substance to wandering glassware that would happen to be below their spouts.

But of course, that’s not all. The Pig was also pouring Bigelow Brewing Company Dementia Dog Double IPA, which is my favorite beer from Bigelow. This is a super drinkable DIPA without being abrasive. It’s malt forward but still balanced with hops.

The Thirsty Pig was also pouring Tumbledown Brewing Red Ale as well as Oxbow Brewing Company Freestyle 29. The red ale from Tumbledown is their flagship and is very drinkable with lots of sweet malty flavors. Oxbow’s Freestyle 29 is a rice-based biere de garde, which is a french style farmhouse ale. 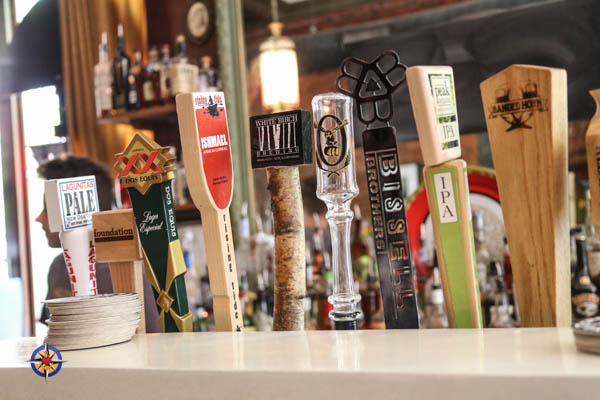 Sonny’s had their normal Rising Tide, Foundation, and a Oxbow Brewing Company on tap which are all staples in the Maine beer scene. I noticed they had a White Birch Brewing tap handle and found out it’s their Berliner Weisse. Their Berliner Weisse is one of my favorite sour beers. The style is a twist on a Belgian White style that adds more lactic acid and it’s as low as 3% ABV sometimes. This is a great summer drinking beer. 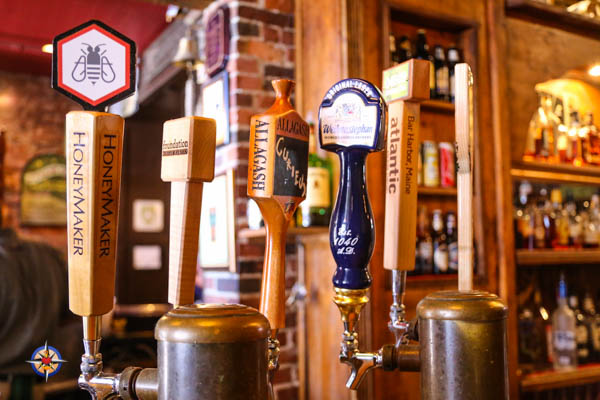 Bull Feeney’s is killing (read: extremely good) their craft beer tap corner downstairs. They have the new Atlantic Brewing Company 04609 Double IPA on tap. This is a hopped forward beer with the proceeds going to a hop farm program in Mount Desert Island. Atlantic Brewing is looking to keep hops local.

Bull Feeney’s also one of my year-round Allagash favorites, Curieux. That’s their Tripel Ale aged in bourbon barrels that leave tons of bourbon flavors leftover. Bull Feeney’s also had my favorite Foundation Brewing beer to date, Epiphany. This is an absolutely amazing aromatic IPA that has my favorite Mosaic hops used in the brewing. 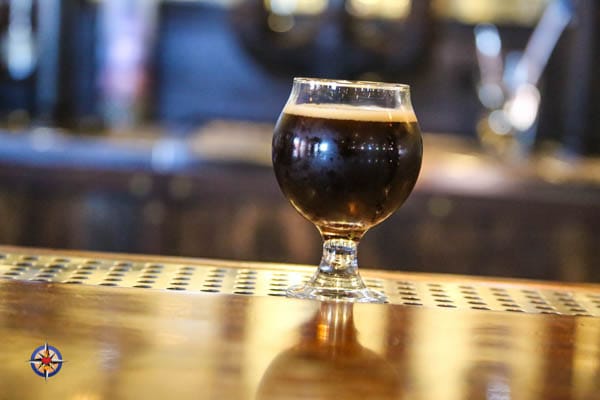 Of course Liquid Riot always impresses me with their house made beers. When I was told that the Sour Trouble was back on tap I couldn’t resist. The Sour Trouble is a sour brown ale that used lactobacillus in the kettle. This is the 3rd batch since the original batch brewed in collaboration with Urbain from De Struise. 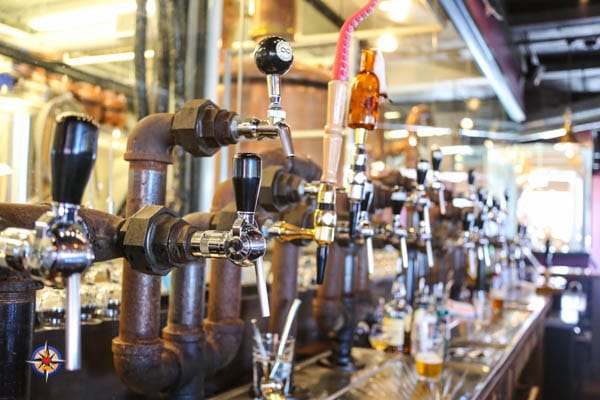 Liquid Riot’s recently had their Head Stash IPA on tap. This was one of their first collaborative beers ever brewed. They brewed this absolutely dank IPA with Oxbow Brewing Company. If you like IPAs than you have to have this. 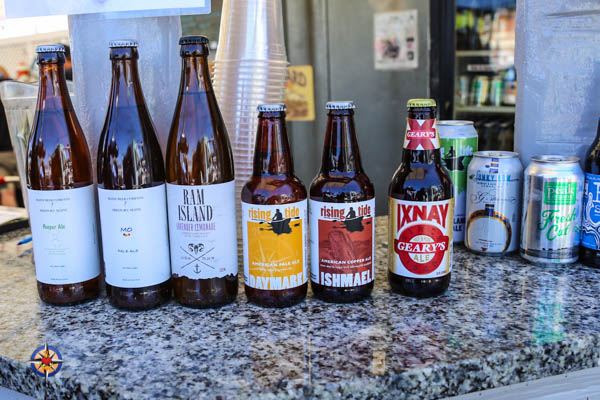 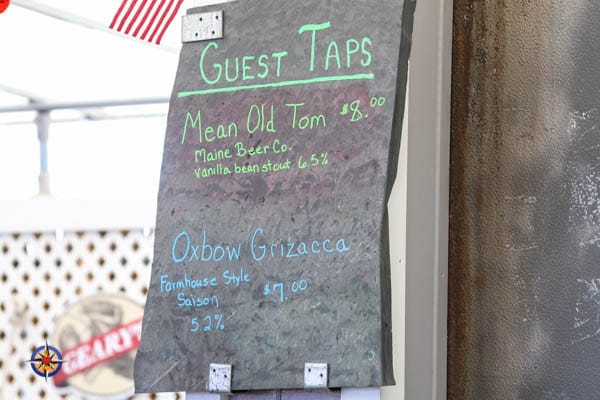 For rotating taps they had Mean Old Tom from Maine Beer Company. At only 6.5% this is a super drinkable stout that’s aged in vanilla beans. I’ll be the first to admit that a nice stout like this is perfect for the summer hot weather. The other rotating tap they had on was Oxbow’s Grizacca. Grizacca is similar to a saison but has a super dry finish and is wheat based.

Restaurants began opening up their outdoor patios, decks, and street dining on June 1st. See the full list of places open for drinks and food in Portland, Maine. 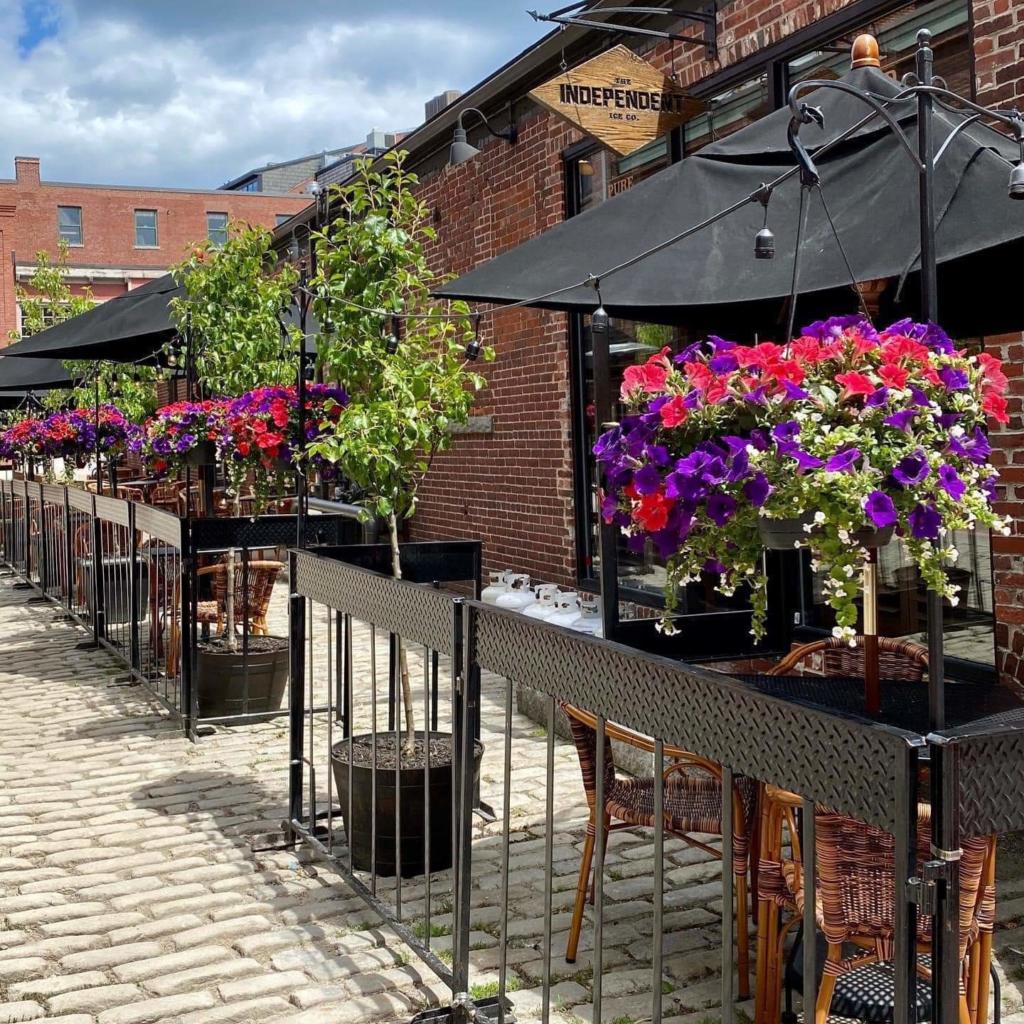 Looking for outdoor dining options in Portland? We've put together this list of restaurants with outdoor spaces and patios. 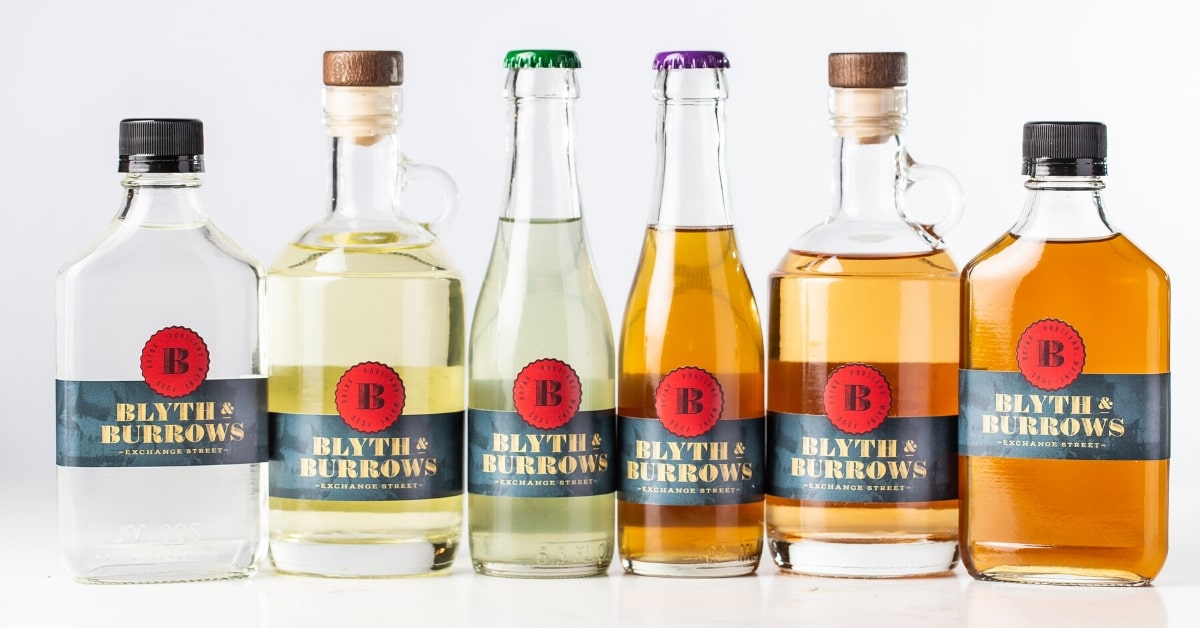 Install this Portland Old Port on your iPhone