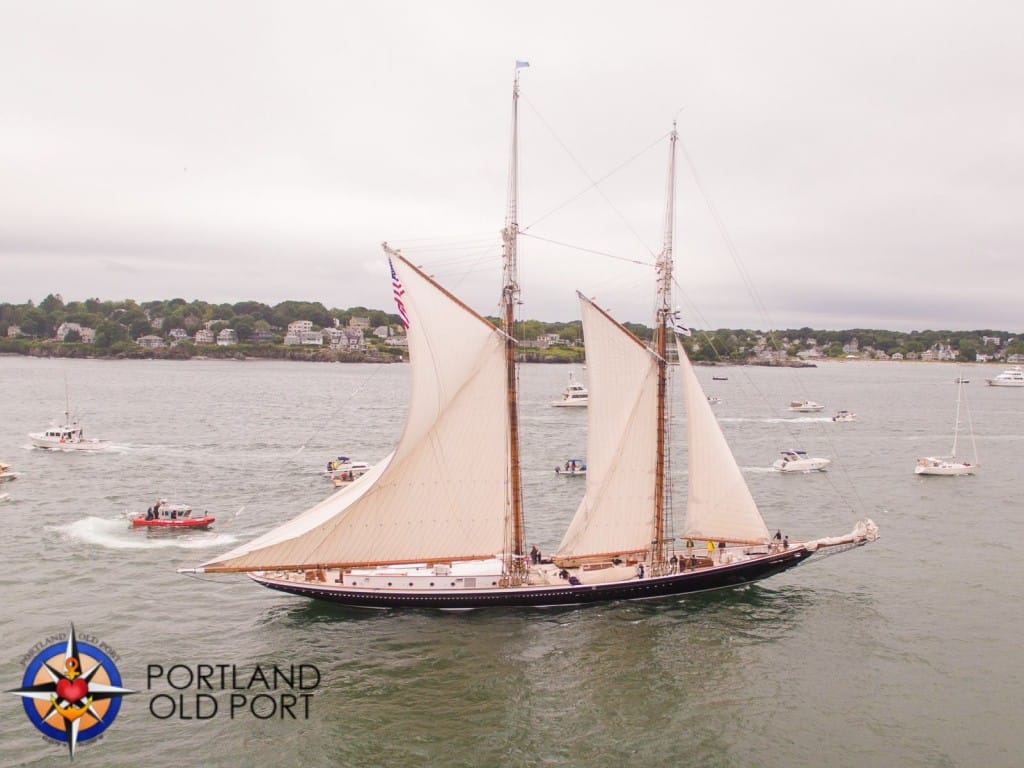 Iberdrola USA is a company that sponsors the Portland-based chapter of the Tall Ships America. They organized the events directly involved and surrounding the Tall Ships arrival in the Old Port.

The Tall Ships America is a non-profit 501 (c) (3) that focuses on youth education and leadership development. The company manages scholarship programs for young individuals to train on these majestic vessels. Tall Ships America was founded in 1973 under a different name by Barclay Warburton III and his two sons. Barclay sailed his brigantine called Black Pearl across the Atlantic ocean in a tall ships race. He noticed the inspiring youth that were involved in the race and wanted to build an organization like that in the US.

The Tall Ships were a beautiful sight to behold as they entered Maine waters and went to Portland this weekend. We flew an Ariel Drone over and through the Tall Ships as they came into the Portland Old Port. Check it out!