The spookiest week of the year is here and there are plenty of events around the city to celebrate the season. We’re going full-Halloween this week (with the exception of another great Headliner making his way to Portland), so you can fill your week with live music acts and holiday fun. Don’t worry – we kept Monday free so you can go get your candy. 😉

If you want EVEN MORE ideas on what to do this Halloween weekend – check out our full list on our Halloween Guide for all the Spooktacular events.

And don’t forget, you can always see the full list of live music on our Live Music Tonight calendar! 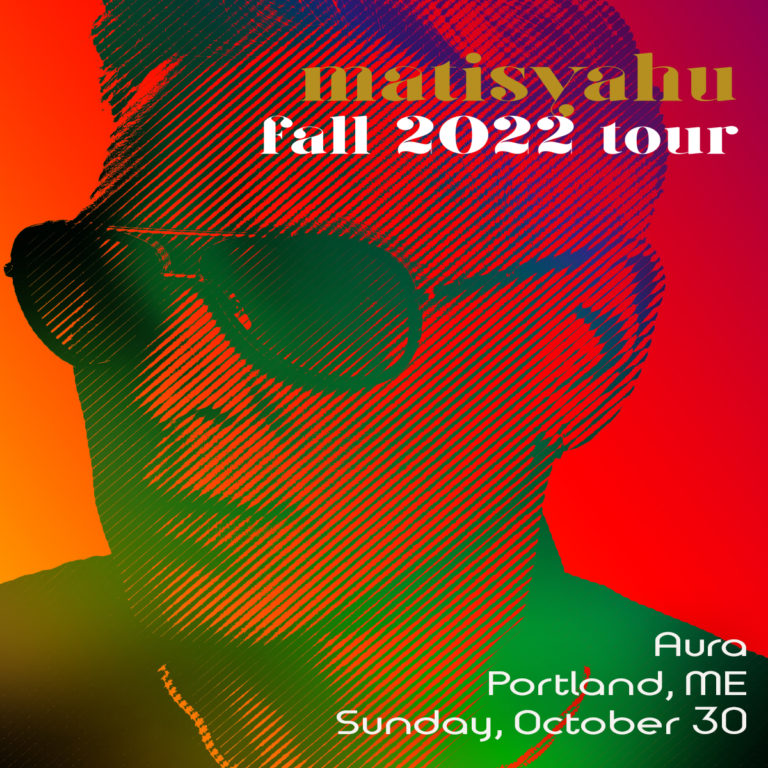 Wrap up your Halloween weekend this Sunday, October 30th with a reprieve from the spooky, and catch Matisyahu at Aura for the Portland stop on his Fall 2022 tour.

Matisyahu began earning his chops on the music scene in 2004, before exploding into popularity with the Modern Rock Top 10 hit “King Without A Crown” in 2006.

Throughout his career, he’s released seven studio albums, and several more live albums, remixes and DVDs, covering his vast library of reggae, rock and hip hop beatboxing, including more recent hits like the 2017’s “One Day,” and 2022’s “Keep Coming Back For More.”

Get your tickets now for this unique fusion of reggae, hip hop, and alt rock. The show starts at 8:00PM. 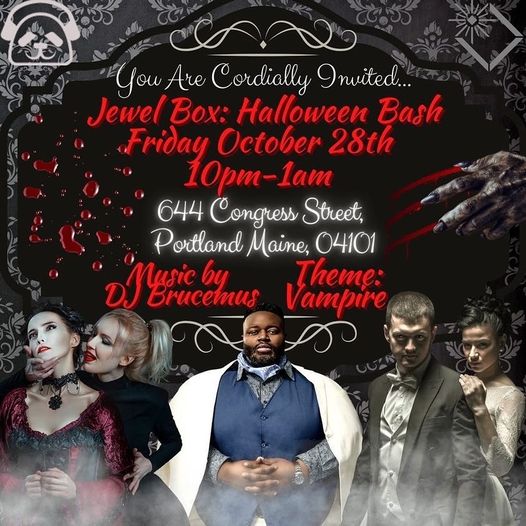 Start your Halloween weekend with a vampire-themed bash of beats and bass with DJ Brucemus bringing his usual set of genre-spanning tunes ranging from hip hop, K-Pop, reggae, EDM, Bollywood and more. It all goes down at The Jewel Box this Friday, October 28th, at 10:00PM.

Leave your garlic at home and come party with your fellow creatures of the night as you welcome the Halloween weekend. It’s a free way to start the spookiest time of year.

Keep in mind, proof of vaccination and masks are required at The Jewel Box. 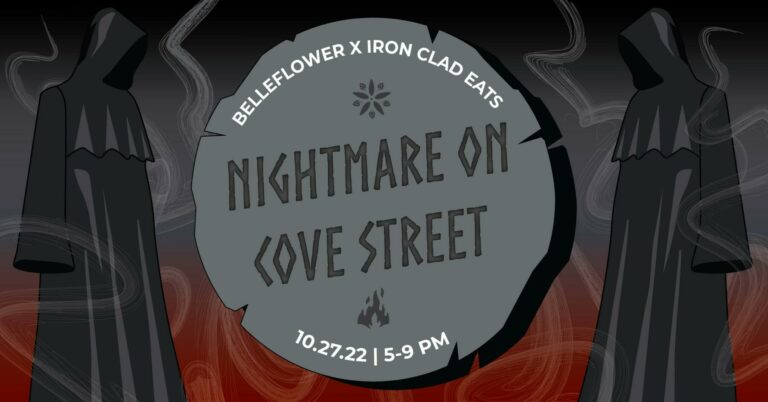 If you just can’t wait for Friday to start your spooky celebrations, head to Belleflower Brewing Company this Thursday, October 27th for their Nightmare on Cove Street event.

Belleflower Brewing is partnering with food truck Ironclad Eats to bring live music, a light show, tacos and BEER! The fun starts at 5:00PM and will have local singer-songwriter Kelsey Veillette through the night.

Veillette’s 2016 EP “Into The Night” is a fantastic mix of lyricism and mellow alternative rock. When she isn’t singing solo, she fronts for Western Mass. four-piece The Screaming Hearts.

Stop in and enjoy the music for free, or purchase a $30 ticket for 3 tacos and one full pour OR two short pours of beer. Spring for the $60 VIP ticket to throw in a gift bag including a 4-pack of the Belleflower/Iron Clad limited release beer brewed for the event.

This is a 21+ event. Costumes are encouraged and vegan tacos are available. 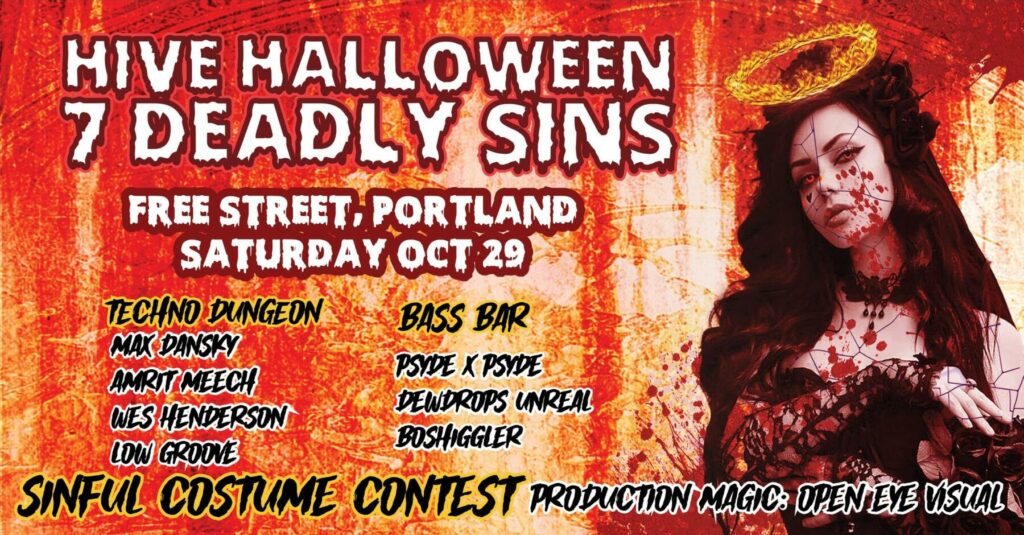 If you’re looking to get a little wild for this Saturday, October 29th – the unofficial Halloween party night, get over to Free Street for HIVE Halloween: 7 Deadly Sins.

Free Street has been celebrating the spooky season all month long and their topping it off with a multi-room, multi-floor lineup of techno, bass, art and immersive experiences. There’s a full line-up of DJs to last all through the night including Max Dansky, Psyde X Psyde and the Best of 2022 Awards Best DJ winner, Wes Henderson!

Costumes are a must, with the most sinful costume will win a special prize.

Get your tickets now and save $5 when you use code “PORTLANDOLDPORT”!