Are you enjoying April so far? We hope so! 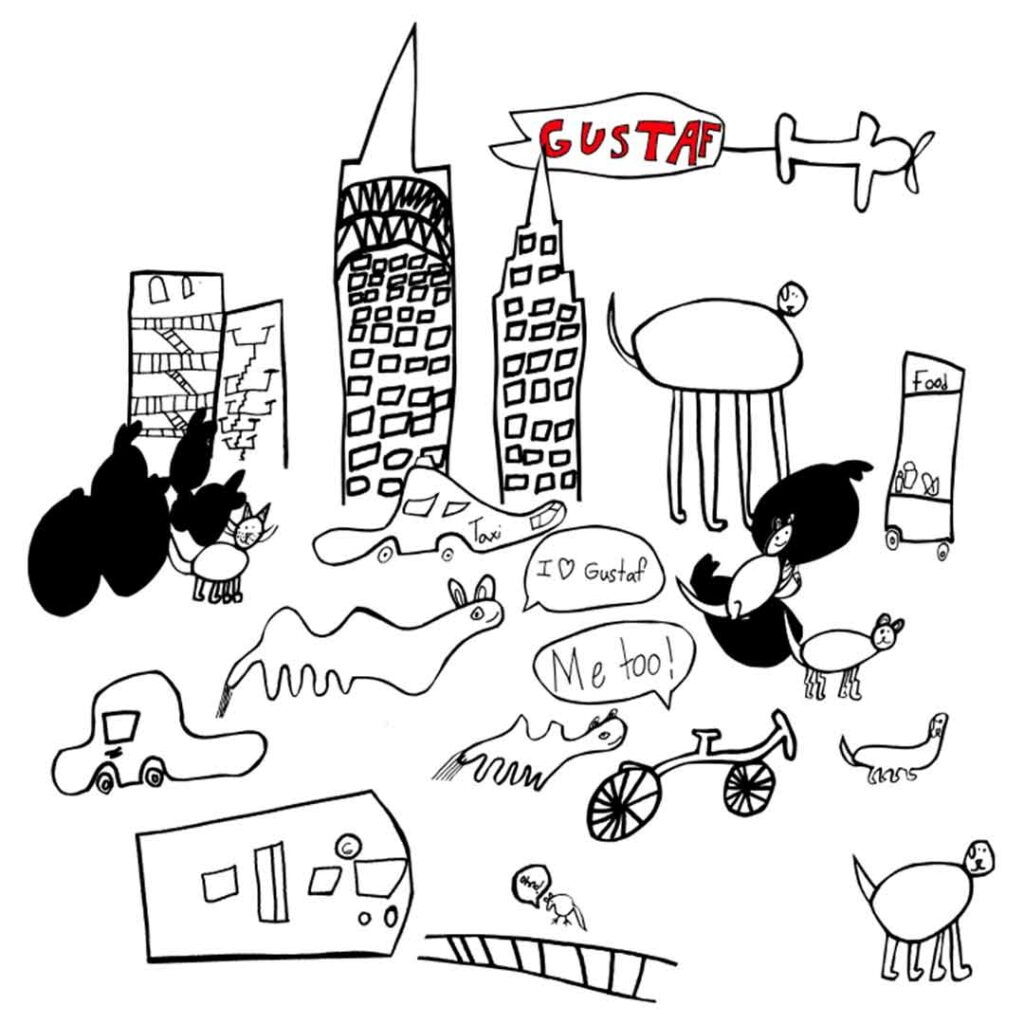 Inspired by the rhythmic grooves of ESG, the dopey drawl of Jonathan Richman, and the manic energy of The Fall, Gustaf’s live set is quick on its feet, constantly in flux, and obsessively catered to the people in the room, resulting in a sound that is emotive, androgynous, and infectiously danceable. Tickets here. 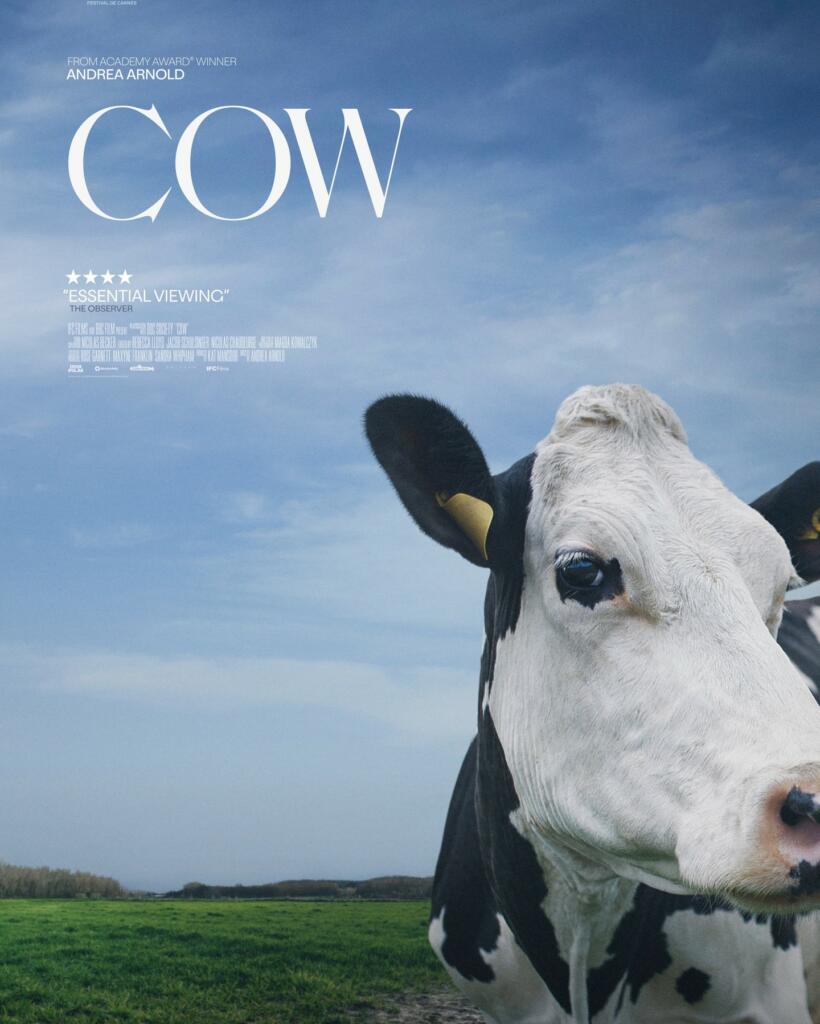 First screened at the Cannes Film Festival, celebrated filmmaker Andrea Arnold’s (American Honey, Fish Tank) fifth feature turns its lens towards a dairy cow named Luma residing on an English cattle farm. As she follows Luma through birthing, milking, mating, we see both the beauty and the challenges of her life. It’s a visceral and profound journey that asks us to acknowledge her great services and to contemplate our own relationship to the natural world. Tickets here. Celebrating their 30th anniversary season, the Brentano String Quartet has appeared throughout the world to popular and critical acclaim. Program will include works by George Walker (first African American winner of the Pulitzer Prize for Music), Mozart’s Viola Quintet in C Minor joined by Artistic Director Melissa Reardon, and Schubert’s final string quartet, the monumental No. 15 in G. Tickets here. 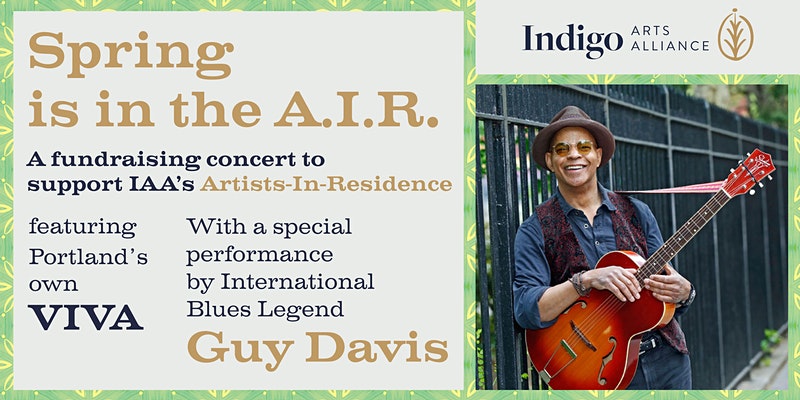 Indigo Arts Alliance presents Spring is in the A.I.R., their Third Annual Spring Fundraiser Celebration! Featuring an opening performance by alumni Artist in Residence: VIVA and a very special performance by international blues legend, Guy Davis. Indulge all of your senses with delicious hors d’oeuvres, cash bar and wonderful company as IAA celebrates highlights from their amazing programs with a taste of what’s to come next. Tickets here. 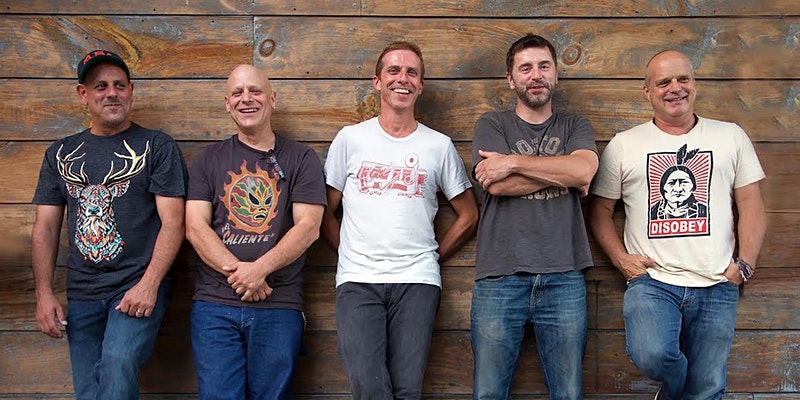 Boston-based dub-jazz collective Club d’Elf celebrates the release of its new album You Never Know with a night of Moroccan-dosed space jams featuring special guest John Medeski! Steve Smith of Time Out New York states the show as, “The roaring avant-funk of electric-era Miles (and) the legato drift of the Grateful Dead…heady music that doesn’t neglect the tail.” Tickets here.

The fifth annual Beers With(out) Beards celebrates the achievements of women in craft beer. All are welcome at the festival, and you’ll be able to enjoy beer from thirty-five-plus breweries that are either women-owned or owned by femme-identifying people, or that have women or femme-identifying people in prominent leadership positions. Choose from two different sessions. Tickets here. 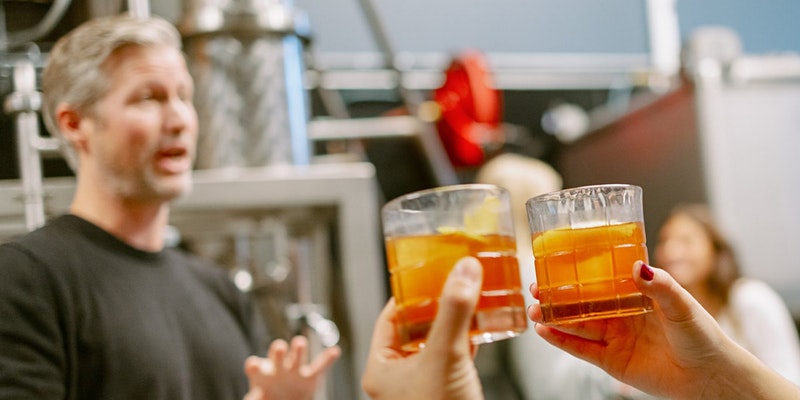 Join Batson River for an afternoon of mixology, sipping, and fun with their cocktail class. This week whiskey lovers rejoice, because they will be talking about the differences between whiskey and whisky, bourbon, rye v. wheated bourbons, Irish whiskey, scotch whisky, and collectively nerd out on all the styles available today. Tickets here.

Hailed as one of the greatest modern funk bands, Lettuce feeds the rich history of funk and combines it with strains of hip-hop, rock, psychedelia, jazz. Tickets here.

Hosted and presented by tea knowledge expert Ellen Kanner, owner of Dobrá Tea, in the Old Port! You’ll get the chance to explore tea from origin, made from centuries-old traditions, passed down within families, generation to generation. Teas from each of the six classes – white, yellow, green, oolong, black and pu-er – will be explored. Dobra Tea will have several for you to taste, share some history and technique, traditions, how to taste tea and how to make selections going forward based on quality, comparable similarities, and personal taste. Tickets here.

LOLS: An Evening of Local Comedy | One Longfellow Square | 8:00 PM

Join OLS for an evening of laughs with local comics, hosted by Jim and Nikki Martin! Tickets and the line up here.

Spring is pop-up season and The Highroller Lobster Co. is rolling right into our next in-house feature this week with Sir King Kitchen! Indulge in delicious Jamaican/Caribbean delights as well as collab items – all day, a la carte, till sell-out!

Sweep the Leg performs at Ri Ra! If you’re looking for a high-energy, rockin’ good time that will keep your crowd partying all night long, and raving for years to come, you’ve found the right band!

One Night Of Queen is a stunning live 2-hour concert recreating and celebrating the music of Queen. Performed by Gary Mullen and ‘The Works’, with fantastic staging, lighting, and effects, this show will rock you – guaranteed! Tickets here.

Portland’s newest food truck, Slide Street Co. is popping- up for brunch-type sliders for all to try! There will be coffee and mimosas in addition. Pre-ordering is highly encouraged. Come get a taste before they officially hit the streets of Portland. Order online here.

The music of Dark Hollow Bottling Company can be loosely classified as Americana; fusing bluegrass, rockabilly, folk, rock and pop music. They are a living example of the American melting pot. A journey along a road of our collective culture.

There’s more! Head to our Events Calendar here for more.