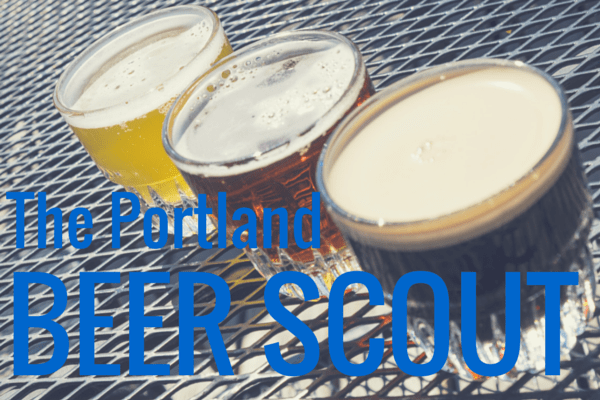 Friday keeps coming back every week and it brings awesome Maine beers on tap in the Portland Old Port. This week I paid Liquid Riot, Novare, The Thirsty Pig, and Portland Lobster Company a visit to see what they had ton tap for delicious craft beers. Here’s what they had on tap! 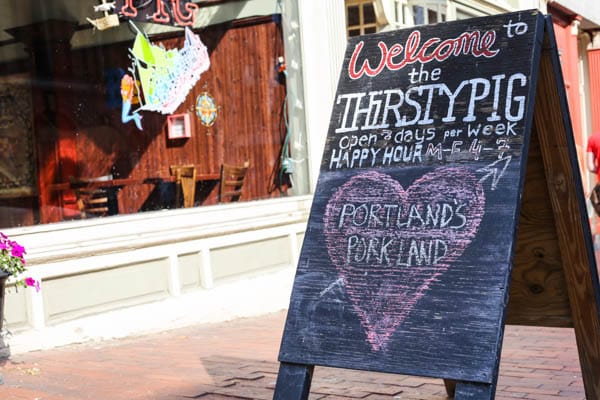 I noticed right away that The Thirsty Pig has taken over their taps with all Maine-base beer. This time they had some great choices to select from. SoMe Brewing’s new Templeton Saison which was very good. Another one to have if you’re in the summer mood is Foundation’s Wanderlust. Wanderlust has Mosaic hops, which is my favorite hop that has a delicious floral and tropical flavor to it. 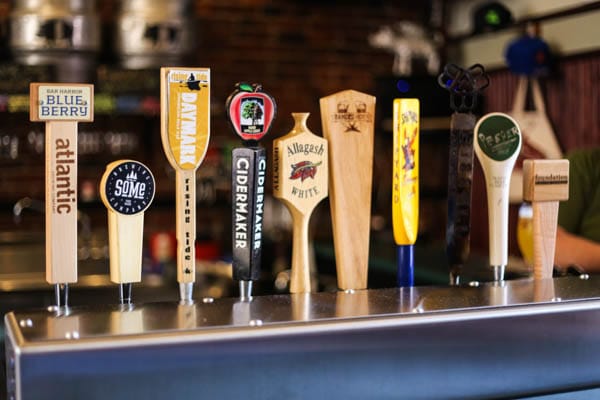 The Pig is hosting Farnham Ale & Lager Maine release party TONIGHT. Farnham will be taking over the Pig’s taps and pouring their Canadian-created beer all night. Stop in and have some sausages and drink beer that’s new to the state. 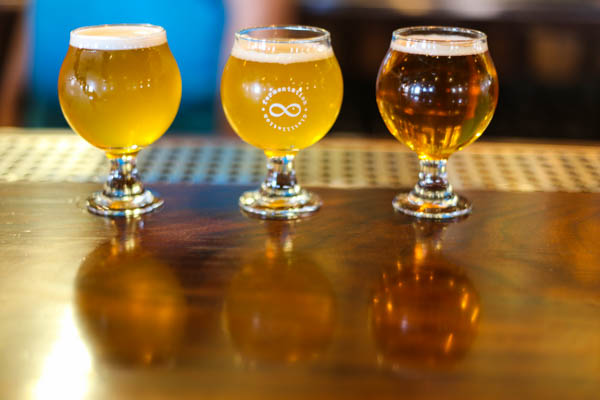 Like always, Liquid Riot has a wide variety of house-made beers on tap that will surprise you. They have a white stout called Albino, which is made with oats and lactose sugar. The flavor has hints of coco nibs and vanilla that you can sense. Basically, it looks like a normal ale but tastes and feels just like a stout. The next beer is the Low Country Blonde, a French-style farmhouse saison with saaz hops, pilsner yeast and pilsner malt. Liquid Riot has made a few saisons in the past and this one is pretty good like the rest. The last on the gambit is The Brass, an amber lager they brewed in honor of the Nanl’s Jewel Box. The Brass also reminds me of Bull Jager’s old Dirigo amber lager. 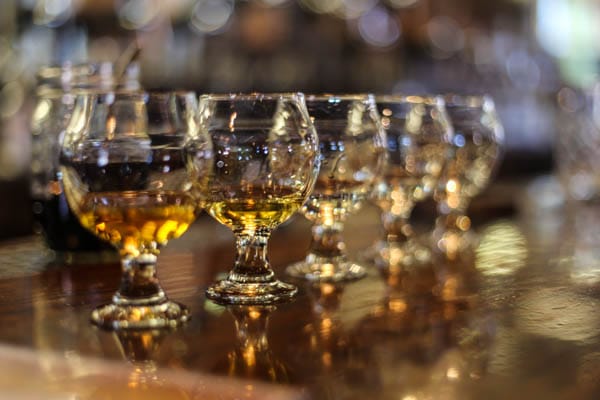 They also offer tasters of their house-made spirits, which include their NEW dark rum and rye whisky that dropped last week. They have big windows that you can see the mash tuns and distillery tanks in full view. 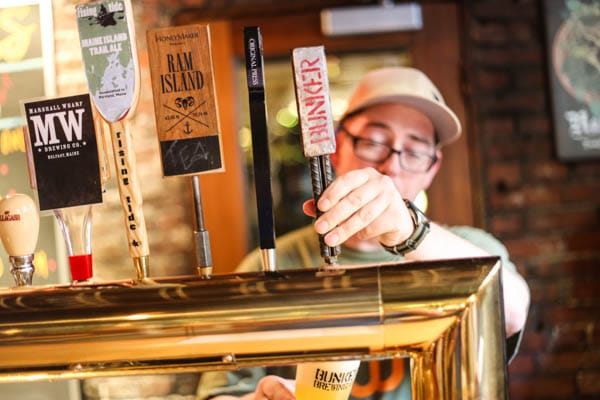 The Res (as I like to call it) always has a great Maine beer selection. They were pouring Allagash’s Confluence, which is their Saison IPA brewed with Brettanomyces. It’s a funky and balanced beer that weighs in 7.5% ABV. I also noticed a few beers that stood out to me personally. The first was Dogfish head’s World Wide Stout, the strongest stout on the market at 18% ABV. Believe it or not it’s very drinkable and you can’t tell it’s stronger than most wines.

Novare Res also had Oxbow’s new Bowie on tap, a 5% ABV blonde saison that is a bit smoky and peppery at the finish. Super drinkable and perfect for summer altogether. 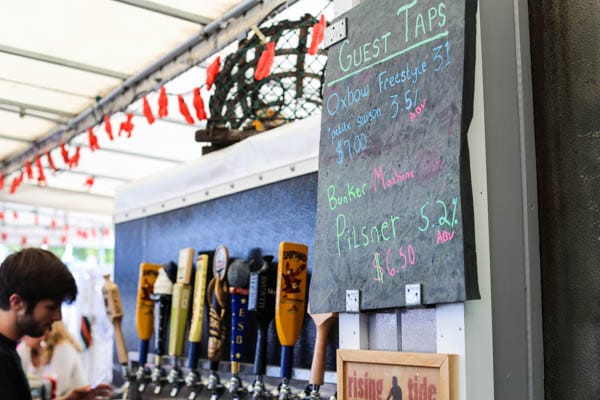 Portland Lobster Company delivers great local lobster as well as Maine-only beers on tap. They also always have two rotating guest taps that you allow you to enjoy some rarer beers from around here. This time they had Bunkers Machine Pilsner and Oxbow Freestyle #31, a petite saison that weighs in at 3.5% ABV.