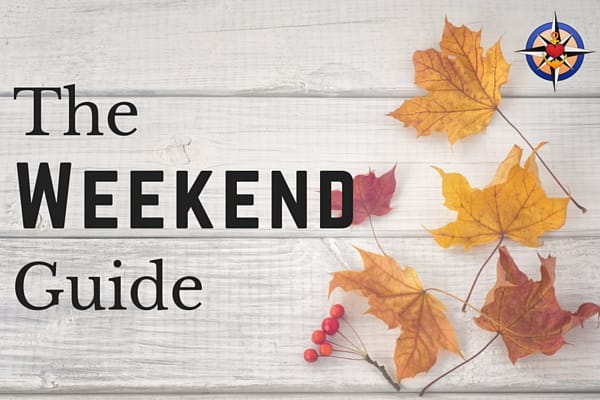 Friday, October 9: It’s shaping up to be another booze-fueled weekend in the Old Port with three major alcohol-related events taking place. First up, we’ve got another new bar opening on Wharf Street in the former home of The Merry Table. Get ready for The Drink Exchange, which will have a Wall Street/stock market theme. Televisions in the bar will display a simulated stock market that will show prices either rising or falling on various drinks as customers either order (or don’t order) a particular beverage. The Drink Exchange is located between 51 Wharf and Bonfire, which is convenient since all three bars are owned by Tanner Herget, and will officially open for business at 4 p.m. on Friday. Be sure to dress in your finest “Wolf of Wall Street” attire. 43 Wharf Street, Portland.

And just to keep things interesting, their first day will also include a tap takeover by Blue Point Brewing Company from 5-10 p.m. The Long Island-based brewery is coming to Portland for the weekend as part of their six-city Blue Point Toasted Tour. Other stops along the way include Long Island, Boston, Charleston, Daytona and Chattanooga. Blue Point Brewing Company will have 5-10 of their beers on tap for Portlanders to try at The Drink Exchange. Wonder how that will impact their “stock” prices?

Saturday, October 10: Waking Windows is a music, arts, comedy, and literature festival that will take place on Saturday, October 10, in downtown Portland and will feature over 60 performers in 10 different venues, including Asylum, Blue, Congress Square Park, HOME, Empire, Jewel Box, Local Sprouts, Space Gallery, Slab and Tandem Coffee. You can check out the full schedule here. Tickets are $20 for a day pass, or $5 -$10 per show.

Blue Point Brewing Company is also hosting a Boatyard Bash in a parking lot on Commercial Street today. The party will include games, prizes, music and, of course, Blue Point beer. 218 Commercial Street, 2-7 p.m. Free to attend, pay as you go for beer. There will also be a scavenger hunt from 3-5 p.m., which costs $10 to take part in.

Sunday, October 11: Finally, time to get a little classy as we round out our weekend of booze with the Portland Symphony Orchestra’s Symphony and Spirits – Oktoberfest. Symphony & Spirits is a series of events offered by PSO aimed at the under-40 crowd. The concert by PSO will be held at Merrill Auditorium and feature the Kotzschmar Organ and Choral Art Society in Beethoven’s First Symphony and Berlioz’s Te Deum. After the concert, the party moves over to Novare Res Bier Café for Oktoberfest. Tickets are $20 and include one ticket to the PSO concert and one 0.5L Oktoberfest brew at Novare. The event starts Sunday at 2:30 p.m. at Merrill Auditorium, 20 Myrtle Street, Portland, and concludes at Novare Res, 4 Canal Plaza, Portland.