Another weekend is upon us.  There is no shortage of ways to spend your time this Friday through Sunday, so have that extra shot of espresso and let’s gooooo. 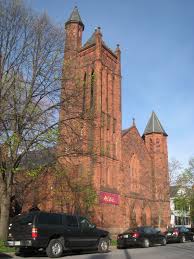 1. Kick off the holiday season at the 4th annual State Street Holiday Stroll

Nothing screams holiday quite like church fairs. Get your fix with this craft fair on steroids.  Stop at all five locations for shopping, mingling, and great food. Get your Christmas shopping finished early and kick back until December 25th.  We’ve received a tip that the cinnamon rolls at State Street Church will be served starting at 8:30 a.m. and they’ll hold up to any you’ll find at a bakery in town. 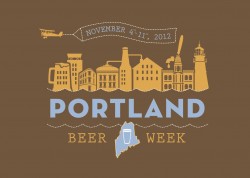 Portland Beer Week is still going strong so celebrate the final Friday with a trifecta of local greatness at the Maine Beer, Chocolate, and Music Night. This event serves as Baxter Brewing Company’s release party for their winter seasonal, Phantom Punch and will be paired with Black Dinah Chocolate from Isle au Haut.  Local musicians, Kurt Baker and The Ghost of Paul Revere will be there to get your head bopping.  The price is right with $10 getting you a pint of the Phantom Punch, chocolates, and the live tunes.

3. Have yourself a Sunday Funday with waffles and champagne at MJ’s Wine Bar

Yes, yes, it’s Portland Beer Week, but if you’ve had your fill of malt and hops, why not swing by MJ’s and toast to Sunday with some bubbly? Recently opened, MJ’s is run by owner, Mark, Ohlson, a seasoned veteran of the food and drink industry in Maine.  MJ’s predictably has extensive wine offerings. Even more appreciated is Mark and the staff’s non judgmental service to even the most novice of wine drinkers. They’ll happily recommend a glass to suit your tastes, and educate you as you drink your way into wine heaven.  Ultimately, we’re looking at under $20 to have your fill of waffles and get a little wine-drunk.  Sunday FUNday indeed. 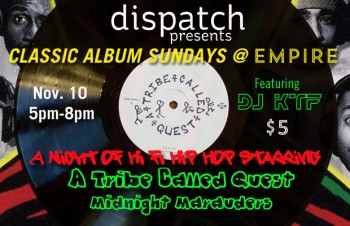 Once a month, Empire hosts a musical event for the purists.  Lights are dimmed, talking is minimized, and they play a classic vinyl album in its entirety.  This month they’ll be featuring A Tribe Called Quest’s Midnight Marauders from beginning to end. This is a great way to get to know this album if you’re a Tribe Novice, as well as an opportunity to delve even deeper into it’s complexities as a seasoned fan. Diehards are invited to “come earlier and  listen to music that either inspired or was relevant to this LP such as Jungle Brothers, De La Soul and Queen Latifah followed by the story and contemporary relevance of the album.” What a perfect chance to embrace an album that’s revered 20 years after it’s release.

Governor Mills has announced today “Moving Maine Forward”, an updated plan & timeline for business to re-open this spring under COVID.