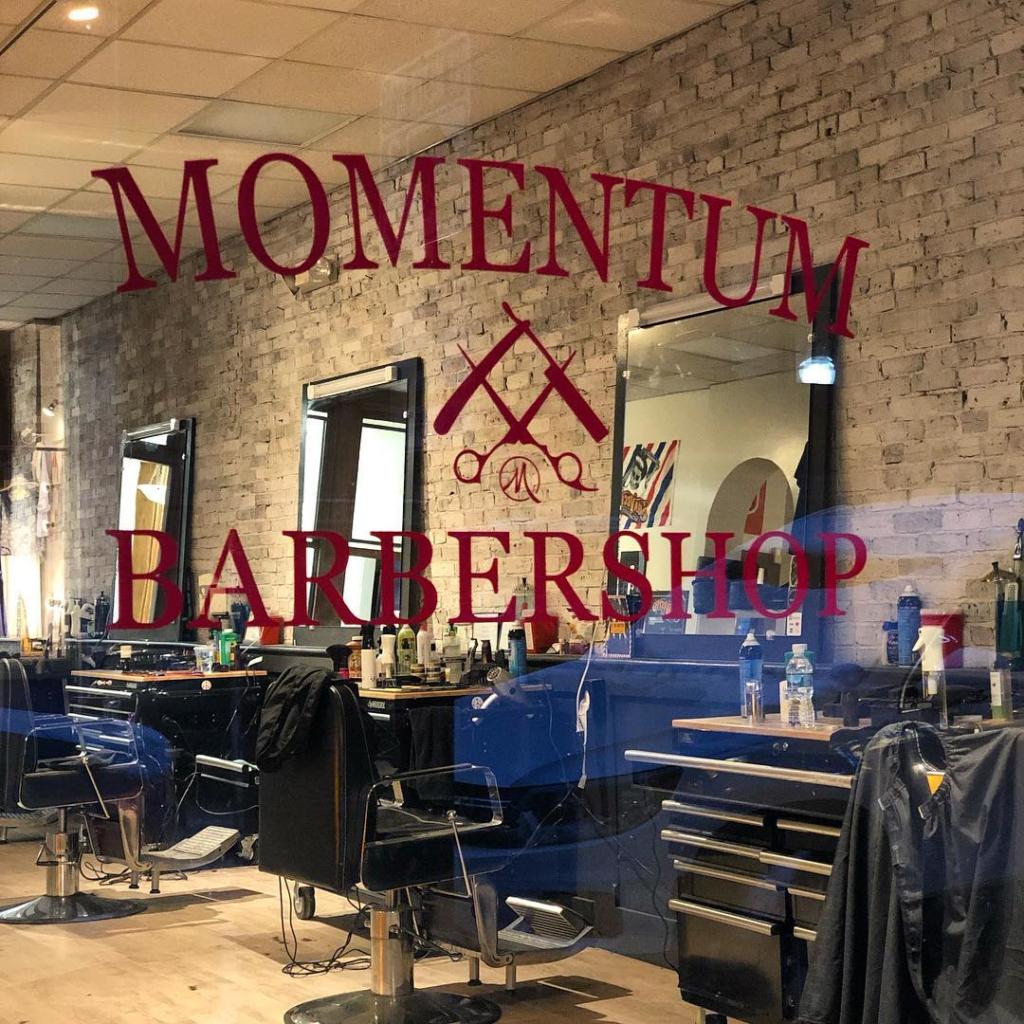 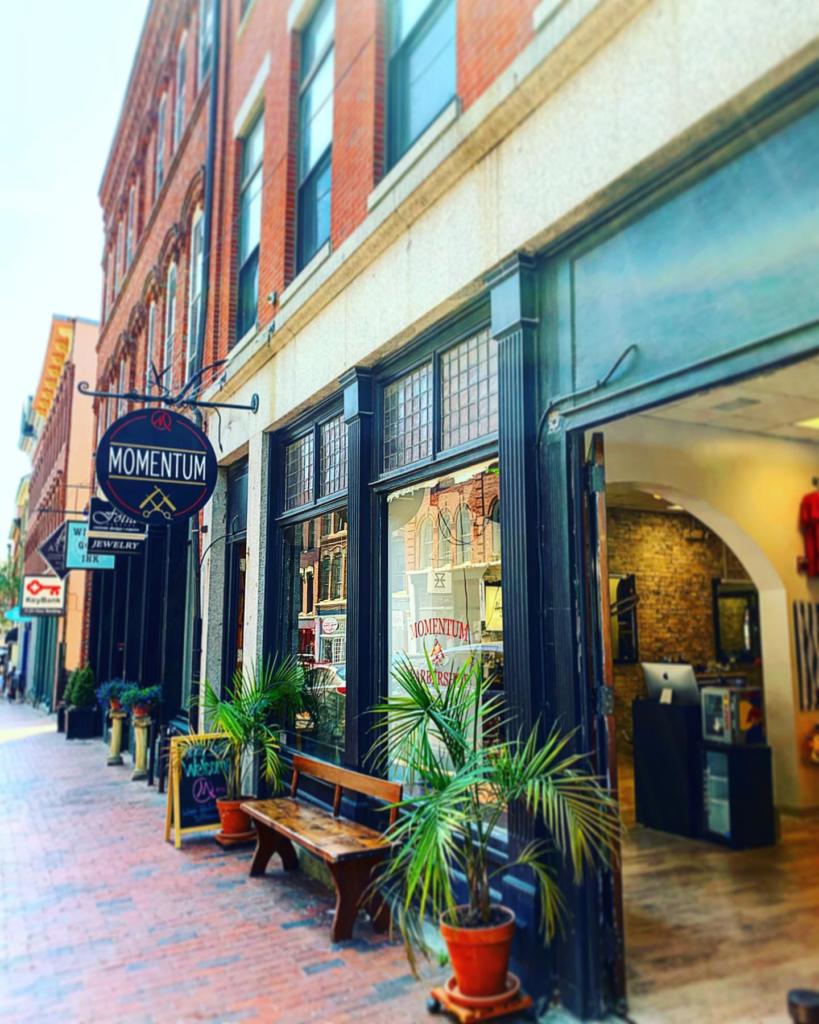 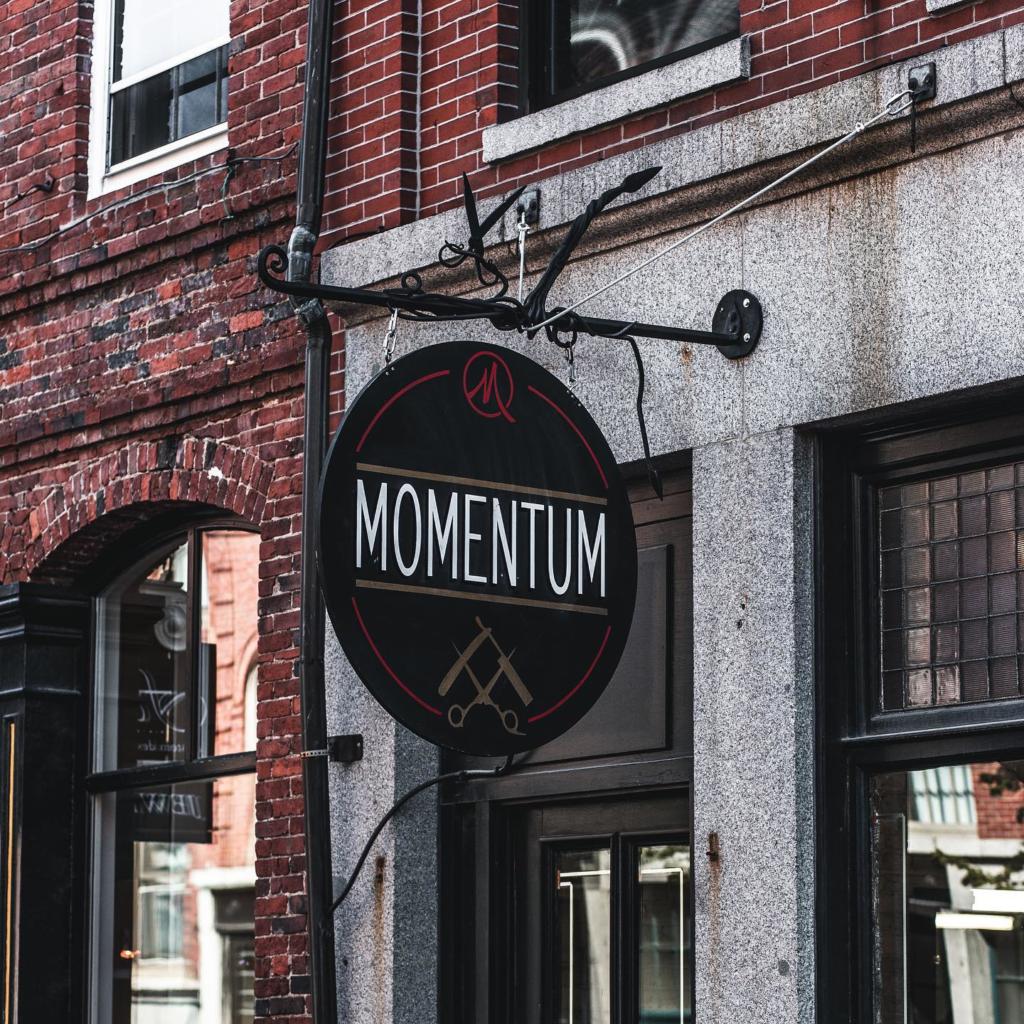 The Quality Is In The Details

Opening in March, 2013 with a goal to change the standard of men’s grooming in Portland, Maine; we set out in a mission that quickly cemented in modern barbering. Introducing cleaner cuts, better service, high reliability, consistent scheduling, and straight razor finishes. Something that previously was unfamiliar to Portland natives. 6.5 years later, we’ve spawned a movement and have inspired dozens of numerous new shops, barber schools, and dozens of fresh barbers all over Maine. With our new location being a turn of the leaf, we’ve set new goals to take things to the next level and look forward to the next segment here in Portland.

Momentum
4.4
Based on 273 reviews
Write a review

Jared Fischer (biggerfisch)
23:37 18 Aug 22
Knowledgeable, talented barbers. I typically dislike talking during my cut, but these guys are alright.

Stathi Papanikolaou
01:55 08 Aug 22
Great experience there today! While I’m not normally one to review on Google, Jason H deserves recognition! Even though I was his last client of the day, instead of trying to get me out the door, he took his time and went above and beyond to fix the bad experience I had at a previous barber shop. He gave me one of the best cuts I have had in years! He also lined up the beard nicely as well. Highly recommend Jason H and Momentum!

Andrew VuDu
01:14 16 Jul 22
Greatest barbershop in the state of Maine. Not like there’s a barbershop competition to verify this but, ….I approve. We all approve.

Parker Bryant
12:22 05 Jun 22
Jay & the team are the first place i bring any of the buys from the sober house. if you want to feel at home while your confidence is clipped into shape, this is the place.

kevin ford
17:45 31 May 22
I made a blind appointment with Allie. She did a great job cutting my hair and was very personable. I will be going back.

Cassandra Walters
00:10 23 May 22
Sophia listens well and cut my hair quickly and precisely and she was friendly and engaging during my time in her chair. I highly recommend her.

Clifford Armand Smith
12:48 15 Mar 22
Ive been twice now and i will be going back again and again.professional, clean and fun.Great atmosphere. Highly recommended by me.

Ross Kearney
02:17 15 Mar 22
I trimmed my own beard for years after one visit here I will always leave it to their professional hands.

David Nutter
21:41 12 Feb 22
This place is packed with talent. The owner, Jason, is a legend. By far the best barber I've ever had, this place is a must-visit.

Patrick Dunn
18:18 11 Jan 22
Great spot and atmosphere, wonderful music (get there early for 70’s Metal), excellent customer service. Dillon does great work and has a wonderful and professional personality, worth my trip up from Philly each time I’m in town.

Aaron Vela
17:36 10 Jan 22
First time at the barbershop was a great experience. Ben did an stellar job with my haircut and is also just a great guy. Jason was also very welcoming. Recommend and will be back!

Joseph Gould
13:39 30 Dec 21
I have been going for a while now, normally get cut by Jay. Always a clean cut/trim. Welcoming atmosphere and top of the line products & service. 10/10 would recommend.

Jehu Marshall
21:36 29 Dec 21
Great customer service. Great place. Great cut! Clean me up real nice.Thank you. I appreciate it.
This error message is only visible to WordPress admins 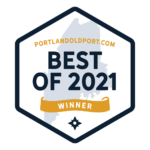