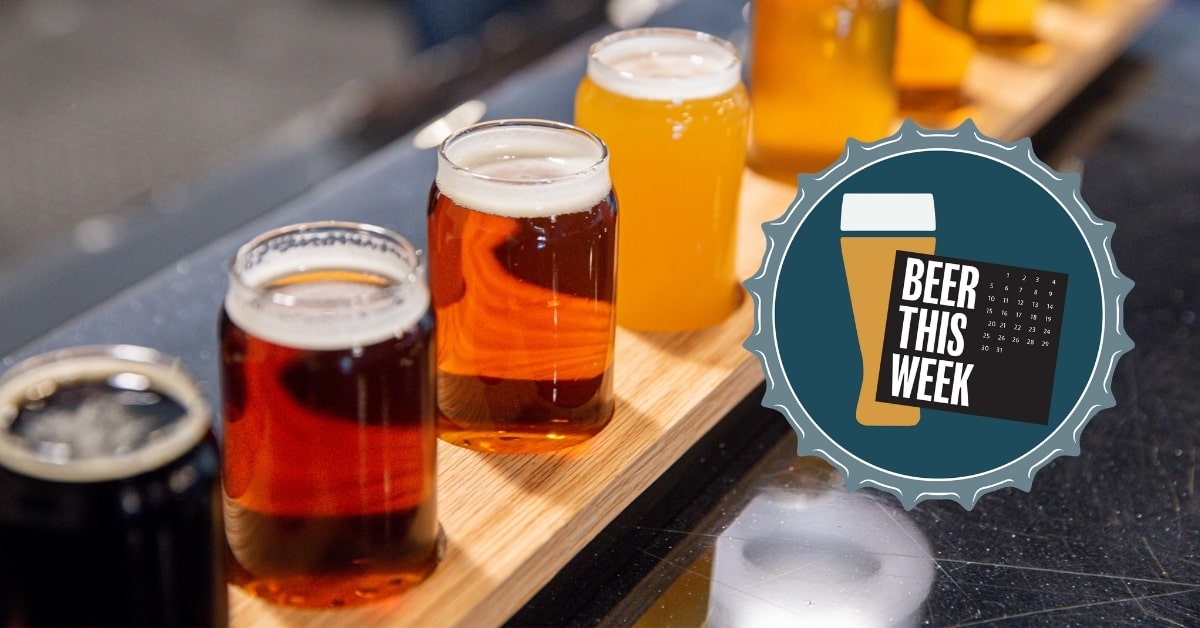 Still feasting on Halloween candy? We’ve got several beers to tell you about that pair well with all your sweet treats. I mean, except Halloween Peeps. Those only pair well with the big guy downstairs. Hate joy, we mean, candy? No sweat, we’ve also got plenty of new beers to drop some knowledge on that are guaranteed to keep you warm as the temperatures start to dip. (Disclaimer: none of these beers are LITERALLY going to keep you warm. You’ll need to head to Bean’s and buy some flannel for that.)

Definitive is going “dumb,” York Beach has transformed one of our favorite breakfast treats into liquid form, and Flight Deck almost has us convinced that you CAN Get There From Here. 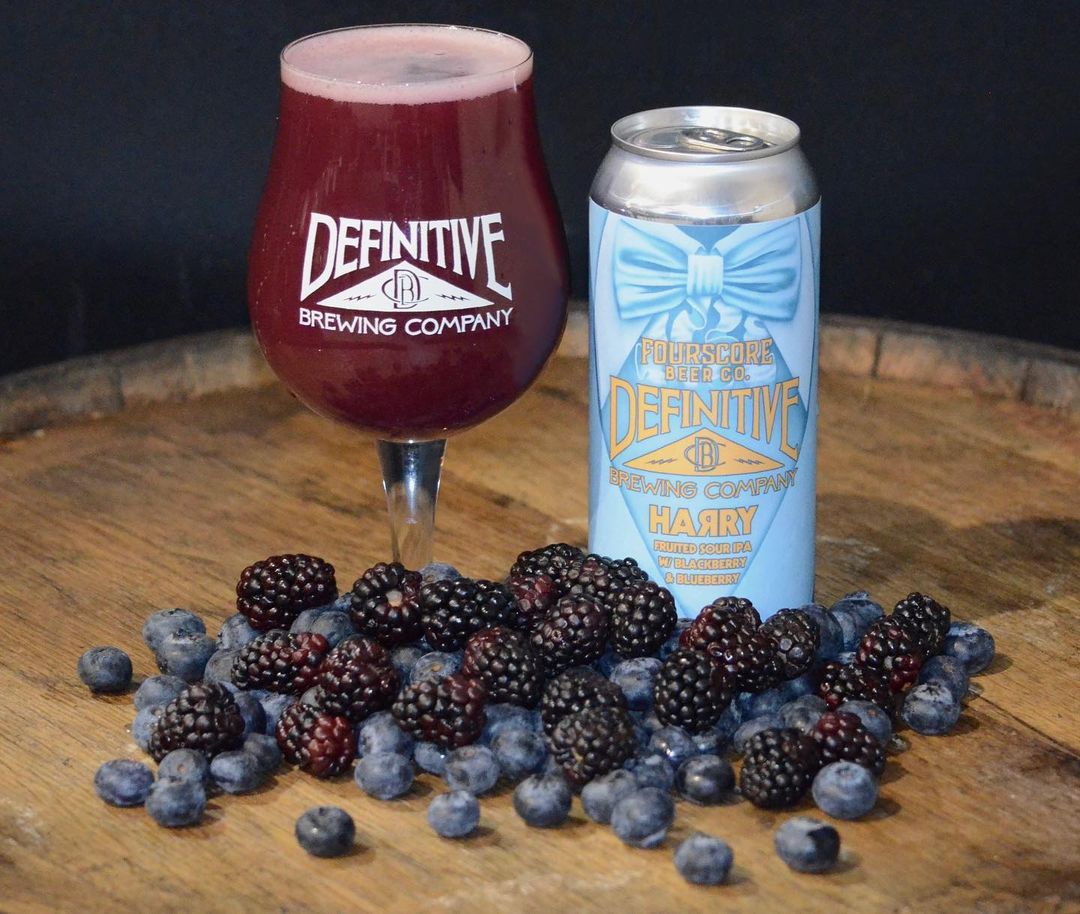 A fun play on a favorite movie of Definitive and their friends at Fourscore Beer Co., HAЯRY is the blue to LLOYD’s orange! Brewed with Citra and hundreds of pounds of fresh blueberry and blackberry, this beer reminds us of tart, dark berry smoothies, and cross country trips to Colorado.

LLOYD is the tangerine and mango version of this collaboration brew. Brewed with Citra and hundreds of pounds of fresh mango and tangerine, this beer tastes like tropical smoothies, fresh citrus spritzers, and ripe Bangladeshi stone fruit. 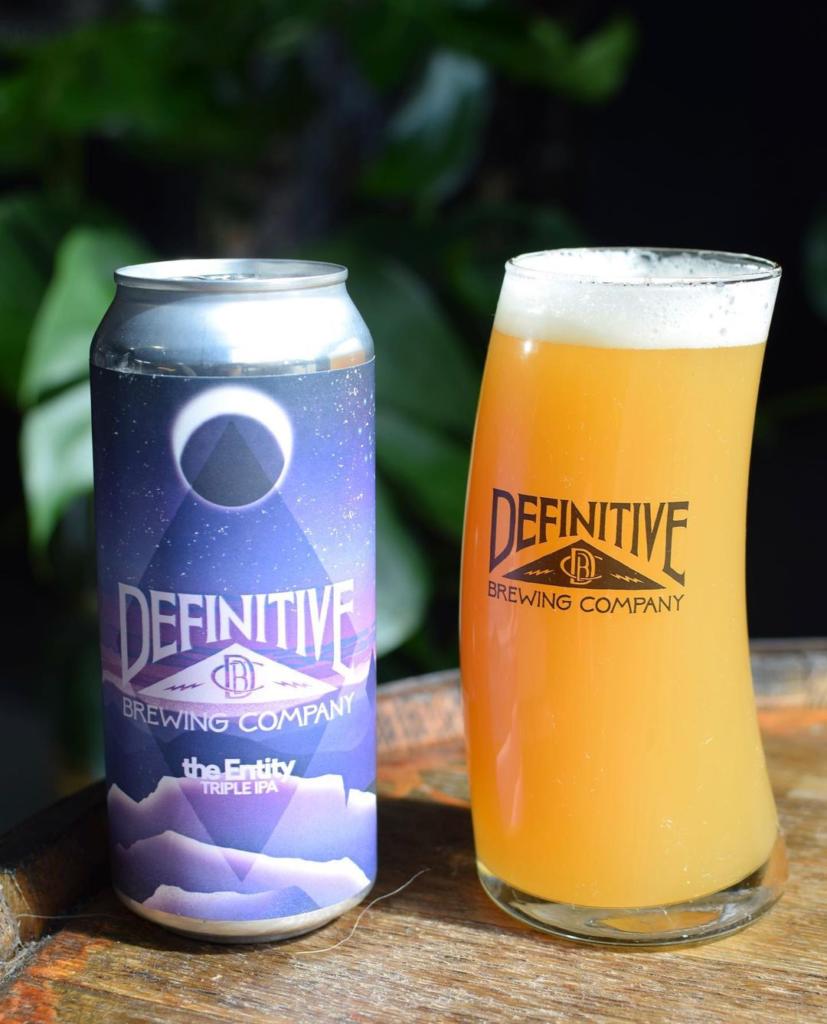 The Entity is a formidable Triple IPA that checks in at a healthy 10.1% ABV and is brewed with Citra, Mosaic, Enigma, and Topaz hops. It tastes and smells like a tropical storm of guava, fruit salad, and fields of pineapple plants. All beers will be available Friday in Portland, Saturday in Kittery.

Based on the traditional German-style altbier, Cinnamon Toast is malty and bready. A healthy dose of cinnamon in the brewing gives us visions of the breakfast table on a brisk fall morning. 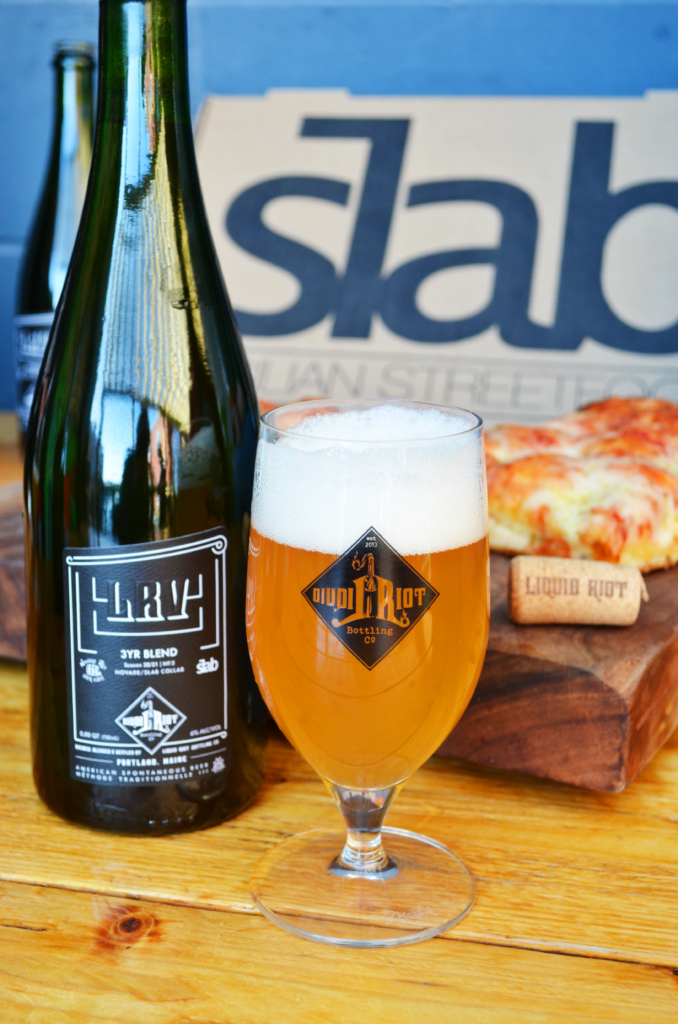 LRV 3 Year Blend No. 2 was brewed in collaboration with Novare Res Bier Café & Slab. LRV or “Liquid Riot Vessel” is a spontaneous-fermented beer brewed using Liquid Riot’s custom koelship “Vessel” (which lives on their deck during the winter months). All three locations will be offering the beer both in-house and in to-go bottles. 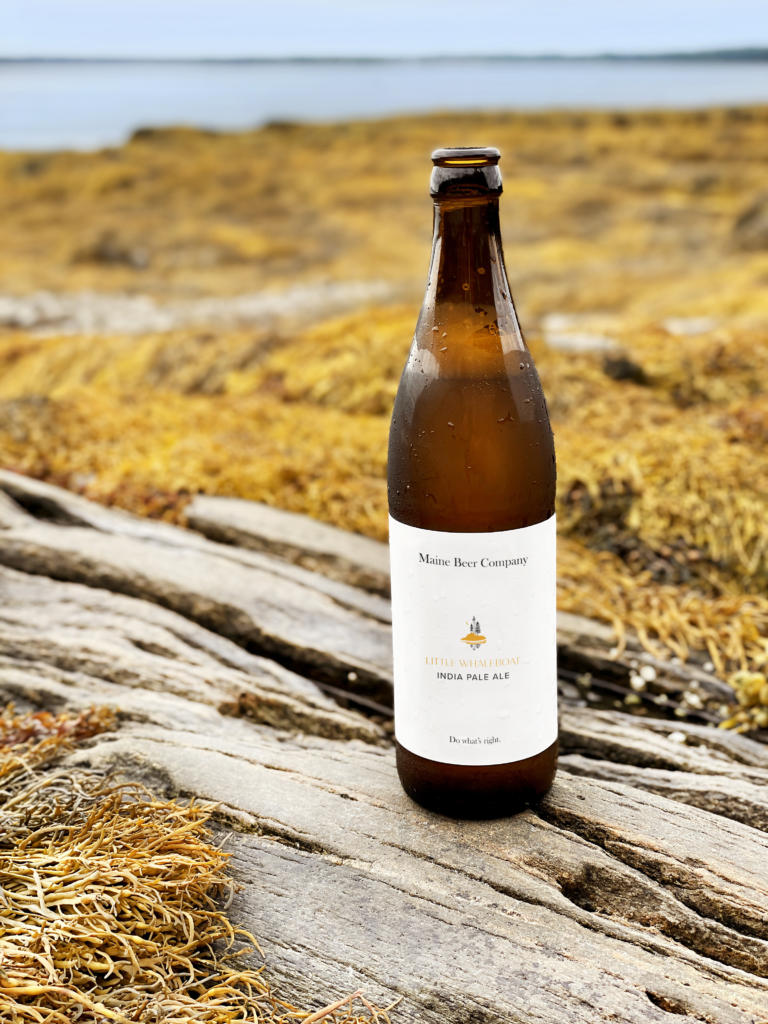 This brand-new IPA is named after the Little Whaleboat Islands, a cluster of three small islands and ledges in Casco Bay that Maine Coast Heritage Trust is raising funds to purchase and conserve. Little Whaleboat IPA was created to help support Maine Coast Heritage Trust’s fundraising, and efforts to raise awareness for their work protecting Maine’s coast. 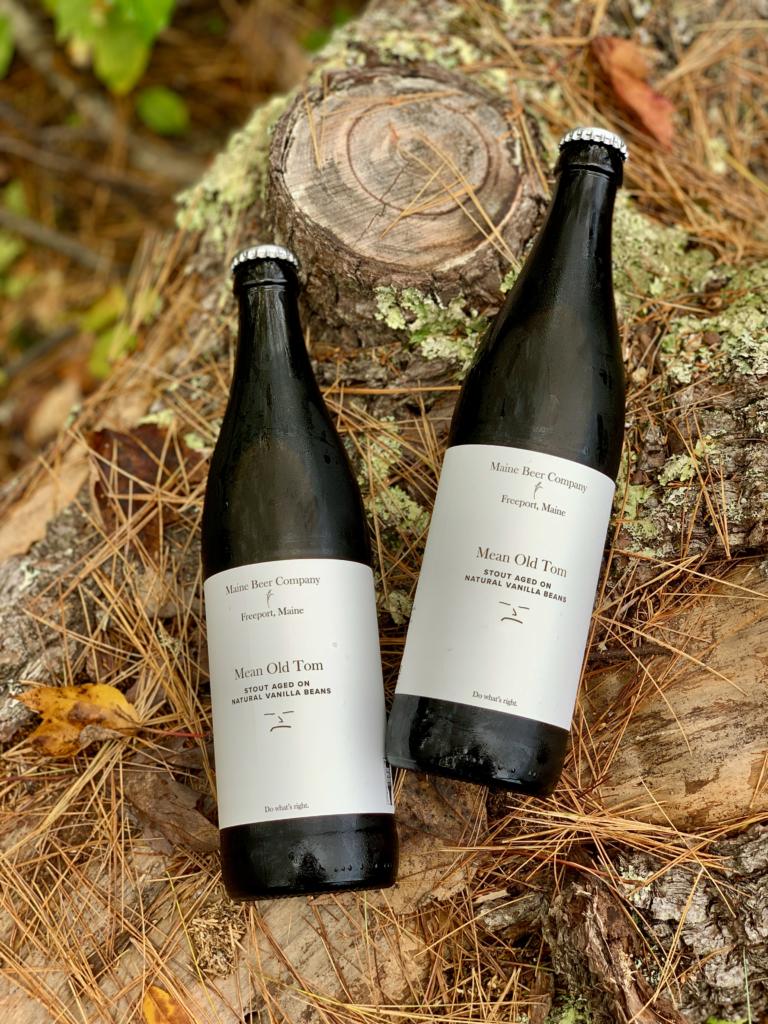 Stout season is upon us, and that means Mean Old Tom, Maine Beer Company’s stout aged on natural vanilla beans, is back in stock. 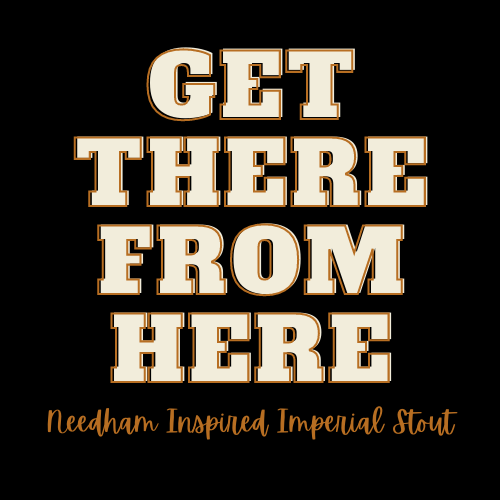 From Slick Nick winter ale to Bailey Boy brown ale to Forge Russian imperial stout, there are plenty of new releases standing by to give you cozy winter vibes. But if you aren’t quite ready to cross over and embrace the beers of winter, there are a pair of pale ales, a Certain pilsner, and a Dream-y IPA to help you pretend that it’s still summer/fall lite. 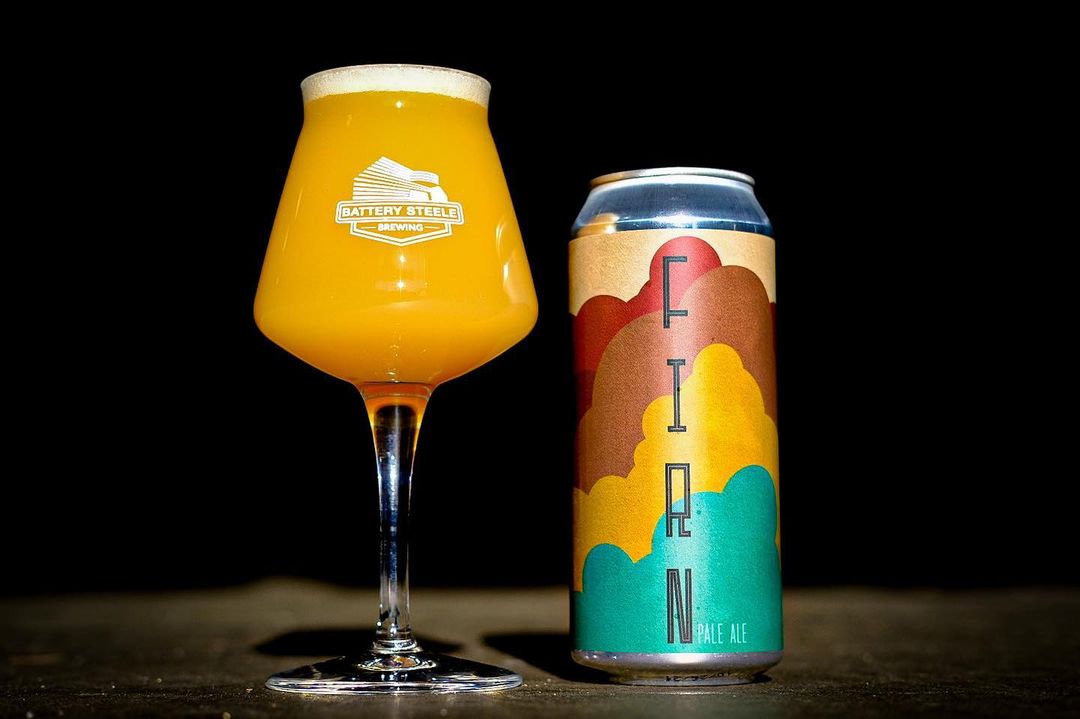 This luscious pale ale is brewed with a base of Pearl malt for a clean finish, the perfect blend of oats and wheat for a soft body, then a touch of rye for a slightly spicy, refreshing character. The combination of Citra and Simcoe both in the kettle and dry hop give this burley pale ale notes of grapefruit, citrus, pine and a light spice finish. 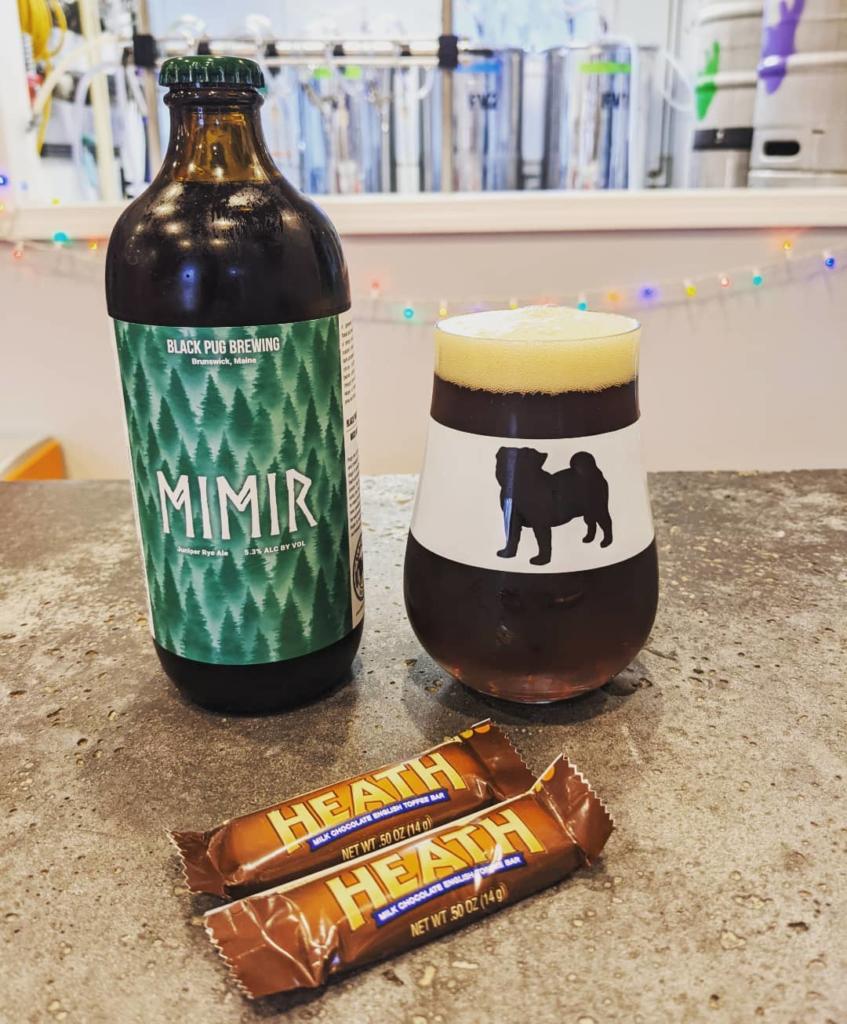 Just in time for candy pairings, Mimir is back on tap! Black Pug’s juniper rye beer found its soulmate in a Heath bar this Halloween weekend. What candy would you pair it with? 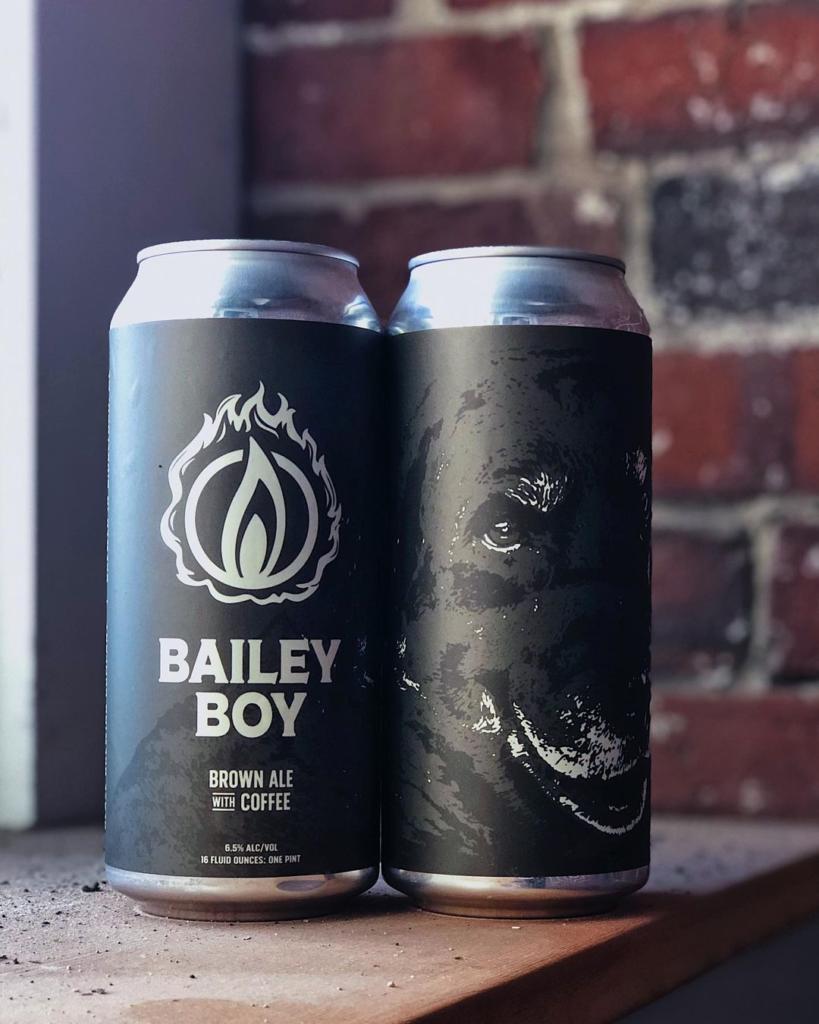 Bailey Boy is brewed with two row, biscuit, pale chocolate and caramel malts, with centennial hops. During conditioning, the beer is infused with a coffee blend from the Peruvian highlands and the Oaxaca region of Southern Mexico sourced from and roasted by Acadia Coffee Company. This process resulted in a beer with rich chocolate and toffee flavors. 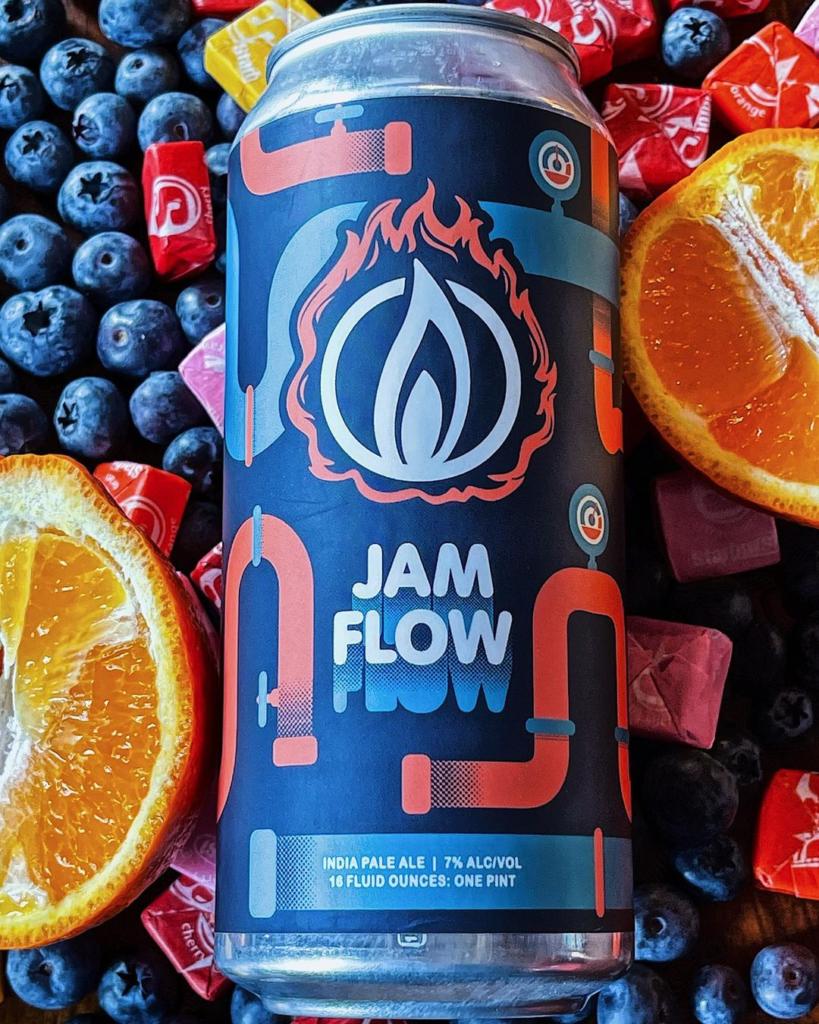 Jam Flow is brewed with a wheat-heavy grist and then dry-hopped excessively with Amarillo and Mosaic. This combination yielded an incredibly juicy, bright, and soft beer. Jam Flow smells and tastes like fleshy orange, ripe mango, and pink starburst. 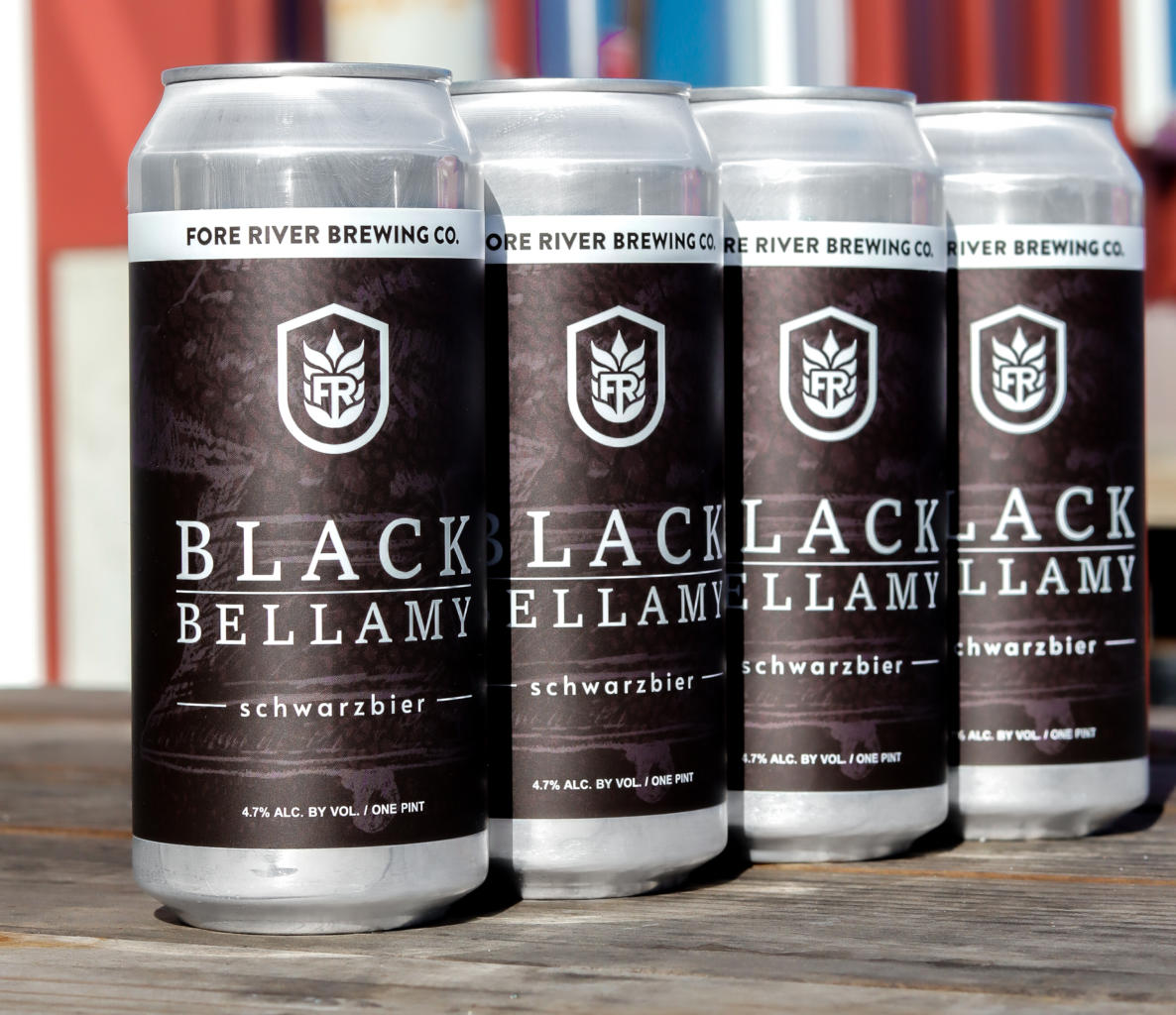 A style originating from Germany, schwarzbiers are known for their opaque, black color, roasty aromas, and very low bitterness. Black Bellamy is dry, dark, and irresistibly crisp, with roasted and mildly malty aromas and flavors, and an incredibly light and effervescent mouthfeel. 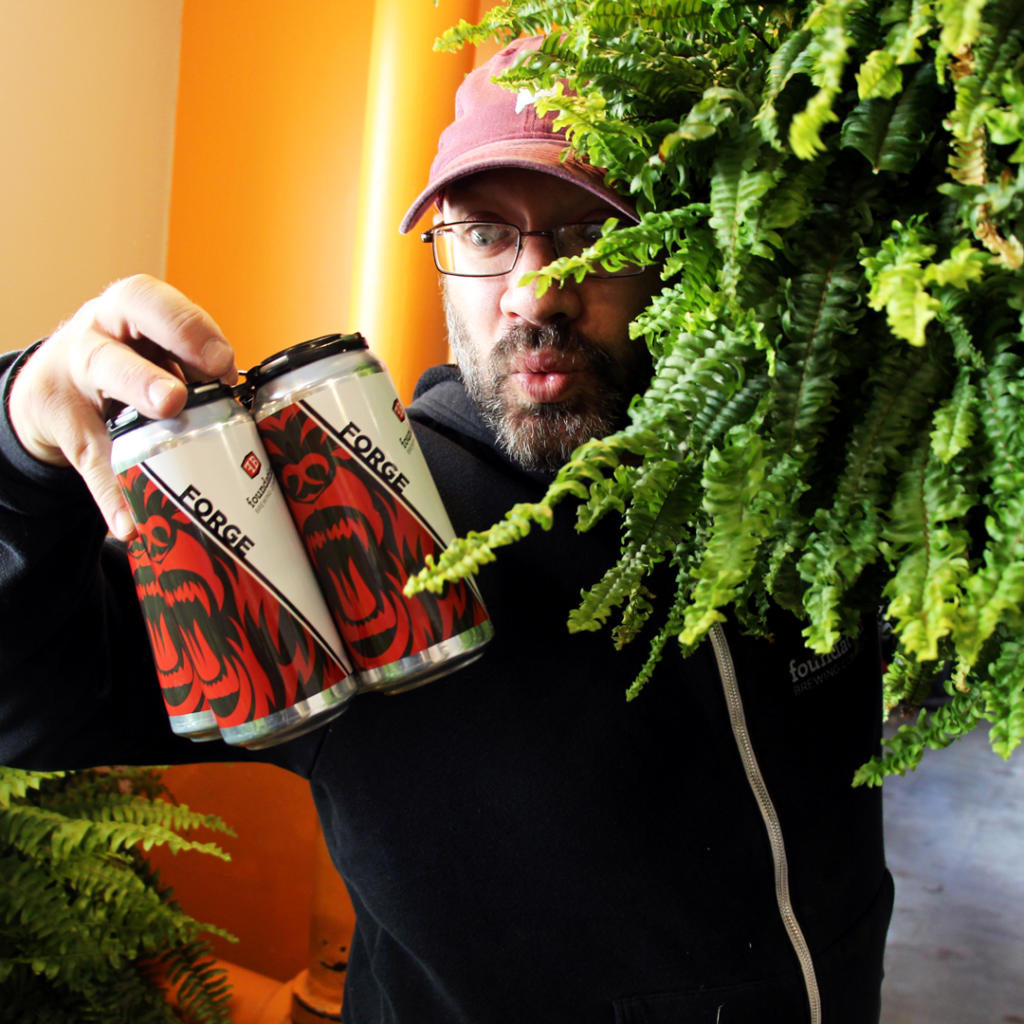 Stout season is finally upon us, which means it’s time for the annual release of Forge, Foundation’s Russian imperial stout. Brimming with rich, roasted malt and chocolate flavors, this jet black brew is what we look forward to each year as the mercury drops. And at a monstrous 10% ABV, Forge is a real bear of a beer. 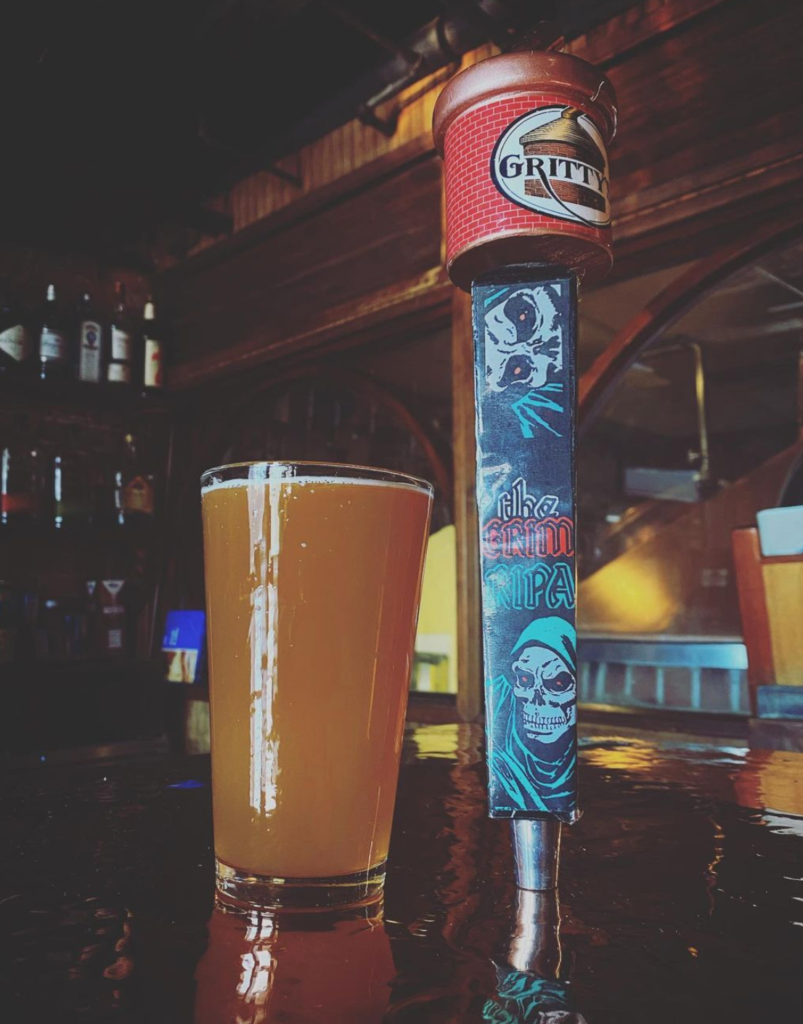 This amber IPA is certified tasty with hints of sweet caramel and an overall citrusy flavor. At 6.66% ABV, we won’t tell you who had a hand in the brewing of the Grim RIPA, but let’s just say he opened up the gates of hell in exchange for a couple pints. We also hear he’s a fan of Peeps (don’t even get us started). 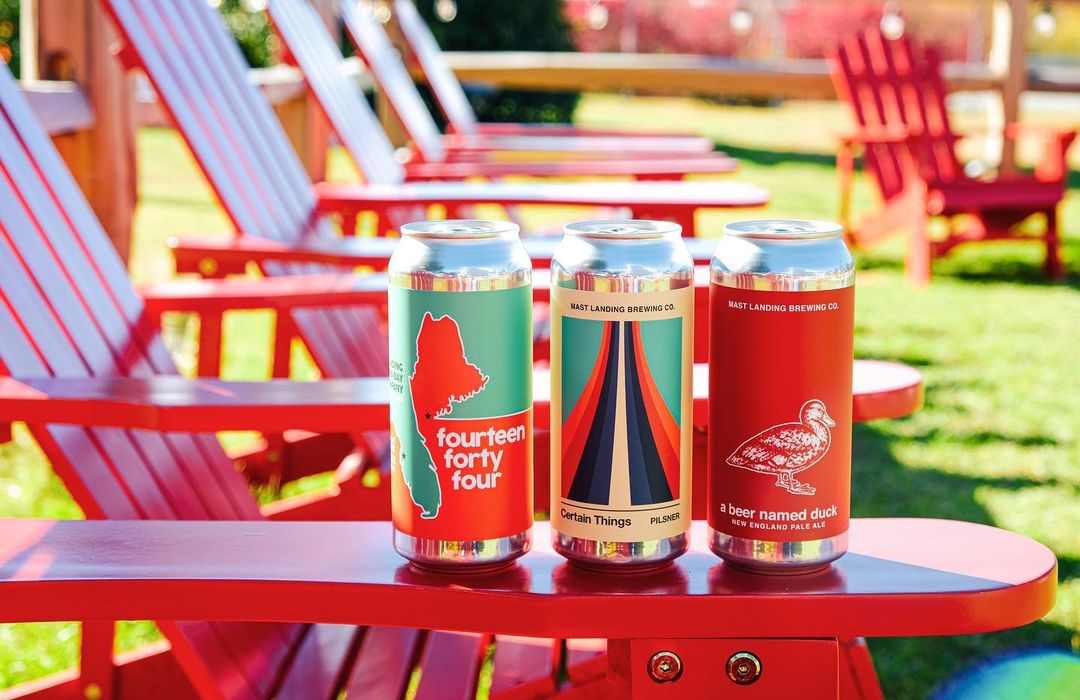 The Tampa Bay Brewing Co. team traveled 1,444 miles from their brewery to Mast Landing to celebrate the distance both their breweries have come (metaphorically) since they started working together. Not-so coincidentally, the two teamed up to brew Fourteen Forty Four.

Few things are certain, and we find comfort in those that are. The joyful refreshment of a classic pilsner will always inject warmth between the shadow and the soul. Certain Things is hopped with Tettnaang and Saaz for snappy floral notes and citrusy effervescence, with a soft drinkability that will certainly have you returning to the glass.

A Beer Named Duck is an easy-drinking New England pale ale that proves that exceptional qualities can come in unassuming forms. Simcoe, Centennial, and Cascade hops flock together to bring crisp notes of citrus and floral brightness. 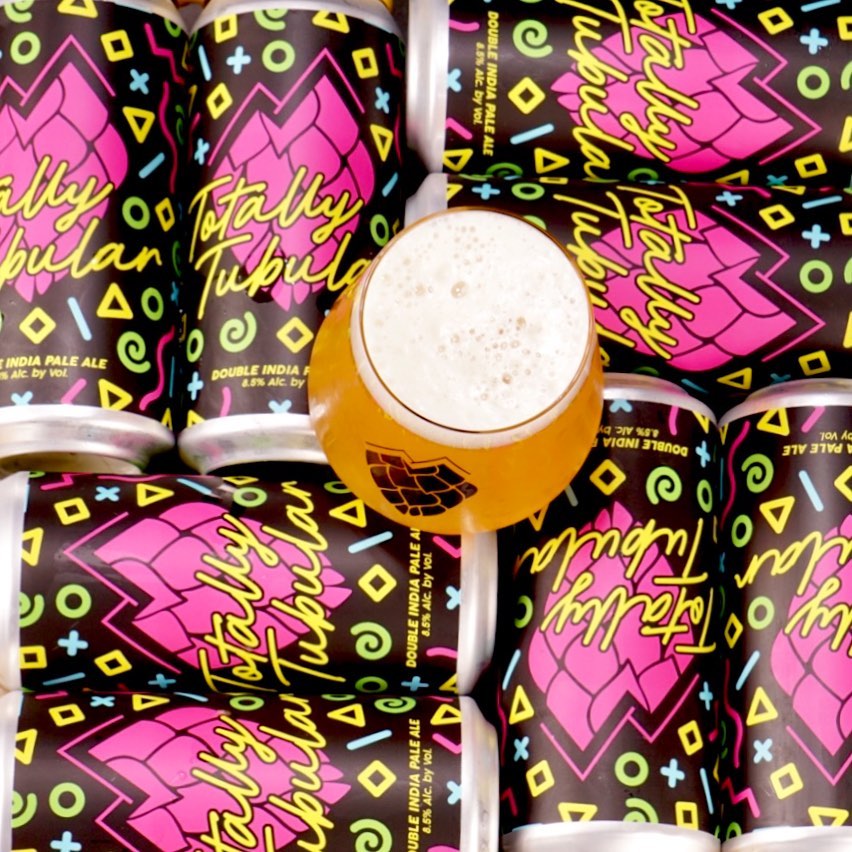 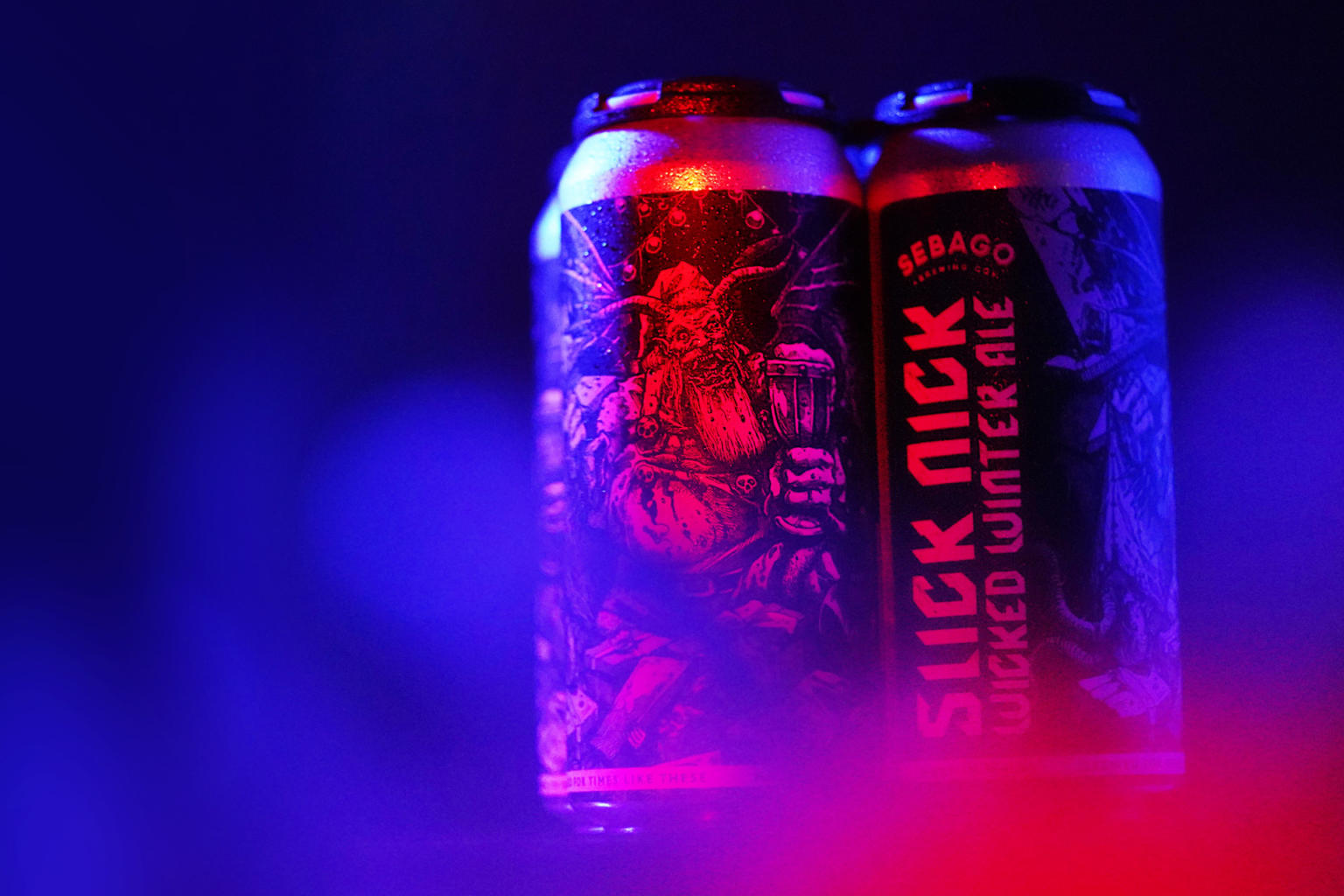 Slick Nick Wicked Winter Ale is a classic Sebago seasonal that’s been rocking us through long Maine winters since 1998. Slick Nick’s full body offers toasty, malty warmth with a touch of hop character. Available on draft and in 16 oz. cans at all Sebago Brewing locations.

Before we dive into the deadlines, we have some bittersweet news to share. Blank Canvas Brewing recently announced that this will be their final month operating out of their current location at 46 Betton Street in Brewer. However, the good news is that they’ll be back in the future at a new location. So, stay tuned!