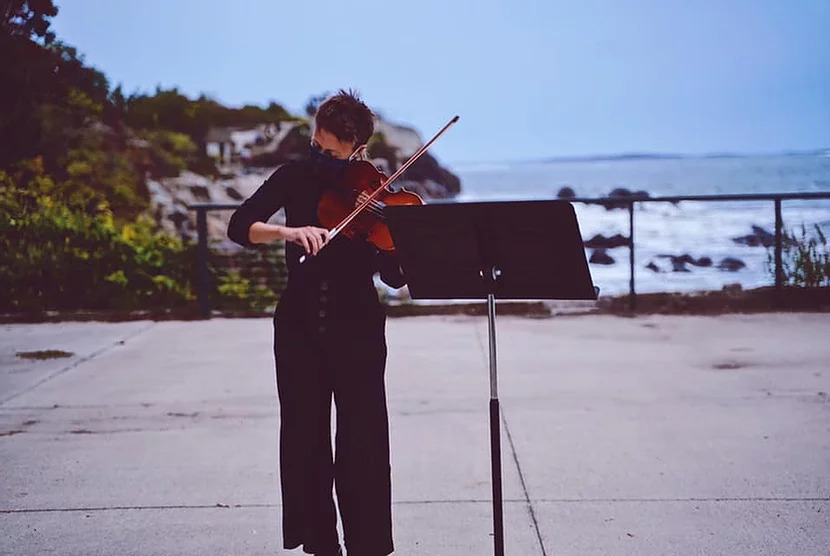 Happening this weekend, Saturday, March 20th from 3-5pm is the third installment of the experimental & socially distanced outdoor concert series in observance of the Vernal Equinox that same day, which will feature performances taking place on Portland’s Eastern Promenade Trail, as well as, out on Casco Bay.

Resembling an art museum experience where the audience follows a path of listening & reflection, performances will include everything from string quartet members performing in their own custom-built individual-sized mini-greenhouses, to a piece written for four ships & a fog horn performed by local tugboat captains & perhaps a lobster fisherman or two.

Presented as a community event by Kallie Sugatski, a talented & professional violist from New York City, the series will highlight BIPOC & queer composers, as well as, some of Maine’s most thoughtful musicians, including Raven Chacon, Yaz Lancaster, Angelica Negron & more.

Organizers have asked attendees to arrive between 3 & 4pm near the East End Beach, where you will receive a map & a program to guide you as you move through the installations at your own pace. You can RSVP here with the rain/snow date Sunday, March 21st.

The event is free, but sliding scale donations (cash or Venmo) are welcome ($0-$100 per person), with all donations going directly to the musicians. All Venmo donations can be sent to @VigorousTenderness

& for a little taste of what’s to come, you can watch a short film from their fall debut at Fort Williams Park & Portland Headlight below.