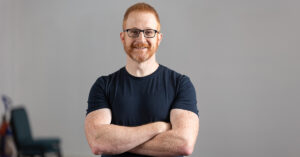 Author, columnist, and comedian Steve Hofstetter is often called the hardest working man in show-business. With all due respect to the late James Brown.
Hofstetter’s national TV debut came on ESPN’s Quite Frankly, where Stephen A. Smith yelled at him for three minutes. Hofstetter has also appeared on CBS’ “Late Late Show With Craig Ferguson”, Showtime’s “White Boyz in the Hood”, VH1’s “Countdown”, Sundance’s “On the Road in America”, and ABC’s “Barbara Walter’s Special”, where he thankfully did not cry. He is the host and executive producer of “Laughs” on Fox networks, where he only cries occasionally.
––
Tickets:
$50 for seated in the first two rows (GA)
$25 for General Admission
$100 for VIP Meet and Greet (5pm, does NOT include ticket to show) which includes:
Private Group Meet and Greet with Steve Hofstetter
Photo Opportunity
Limited Edition T Shirt
Autographed Tour Poster
Doors at 6 pm | Show starts at 7 pm.
21+
All of our tickets are paperless. Purchased tickets will be at will call at the door. All you need to do is arrive with your ID and enjoy the show!