Portland’s Top Restaurants Voted by YOU

Once a quarter, Portland Old Port asks its nearly 15,000 Facebook followers to comment on their favorite restaurant in Portland.  This most recent voting prompted over 1,200 fans to submit their favorites .  The results are in, and while there are some changes in rankings since the summer poll, the top spot remains the same: Fore Street. 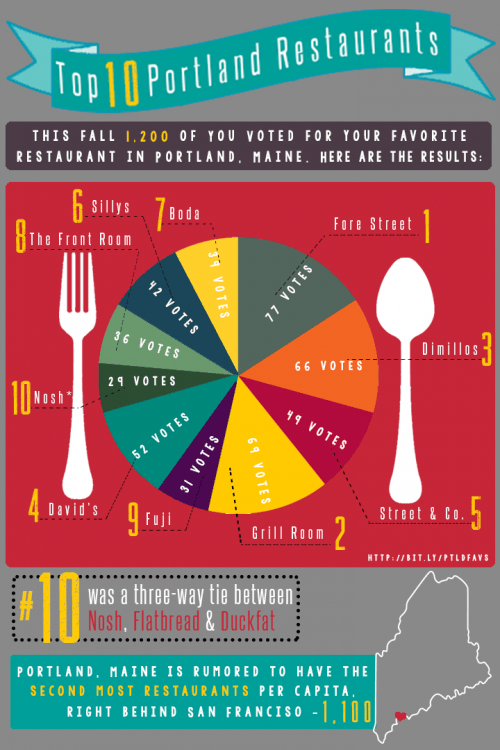 Please include attribution to PortlandOldPort.com with this graphic.

The Grill Room jumped from number 4 to number 2, beating the previous 2nd and 3rd place restaurants — DiMillo’s and Street & Co. This could be due to the colder weather driving people indoors, bypassing seafood for the heartier fare at The Grill Room.  David’s also made great strides rising from number 7 to number 4.

Did you vote?  What’s your favorite restaurant in Portland?