The Ghost of Paul Revere

Born on the banks of the Saco river, brothers in all but name, The Ghost of Paul Revere plays with the rural spirit of their roots infused with a love of soul, blues, rock, and bluegrass. Centered around the songs of Max Davis, Griffin Sherry, Sean McCarthy, and Matt Young, their music is built on powerful harmonies and a non-traditional way of interpreting traditional American music. Whether haunting around a camp fire with a few friends deep in the northern wilderness or onstage in the city, The Ghost of Paul Revere play with fire and conviction as only a bunch of whiskey drinking wolf boys could. 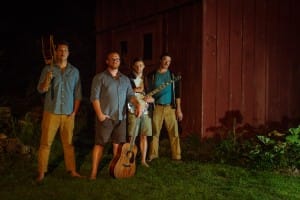 Governor Mills has announced today “Moving Maine Forward”, an updated plan & timeline for business to re-open this spring under COVID.