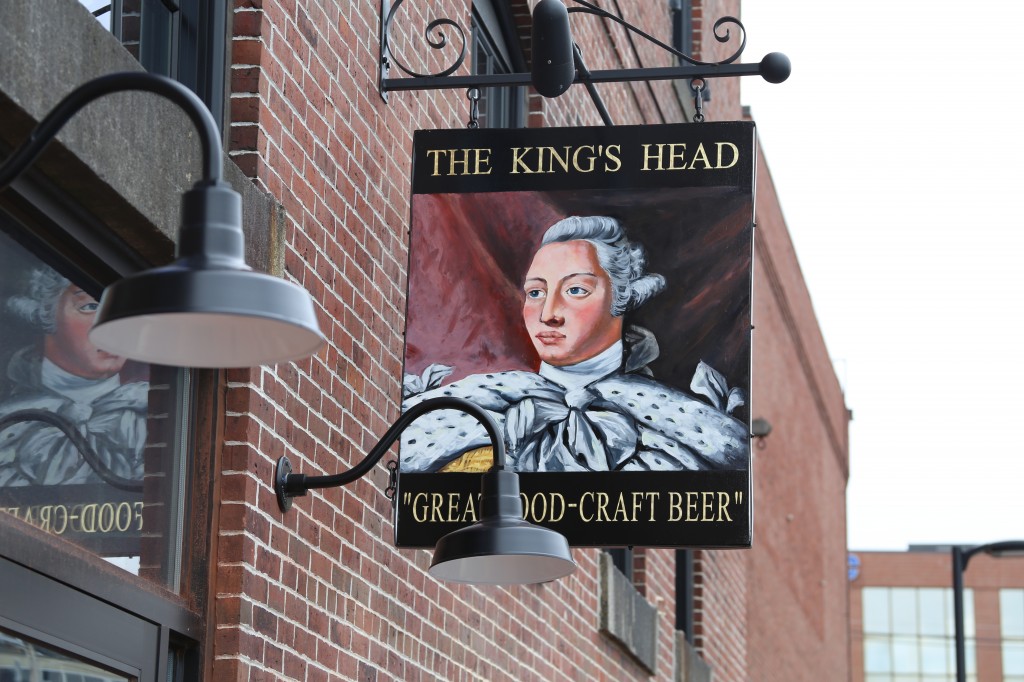 Why is this establishment called The King’s Head?
It’s called The King’s Head Because the King of England, King George III, ordered the city of Portland to be shelled by a navy squadron after he got pissed off about the Boston Tea Party. After he shelled Portland and burned all the old town here, which the water used to start at Fore St., all the rubble was pushed into the water and that created the foundation for this building that we are sitting on right here. 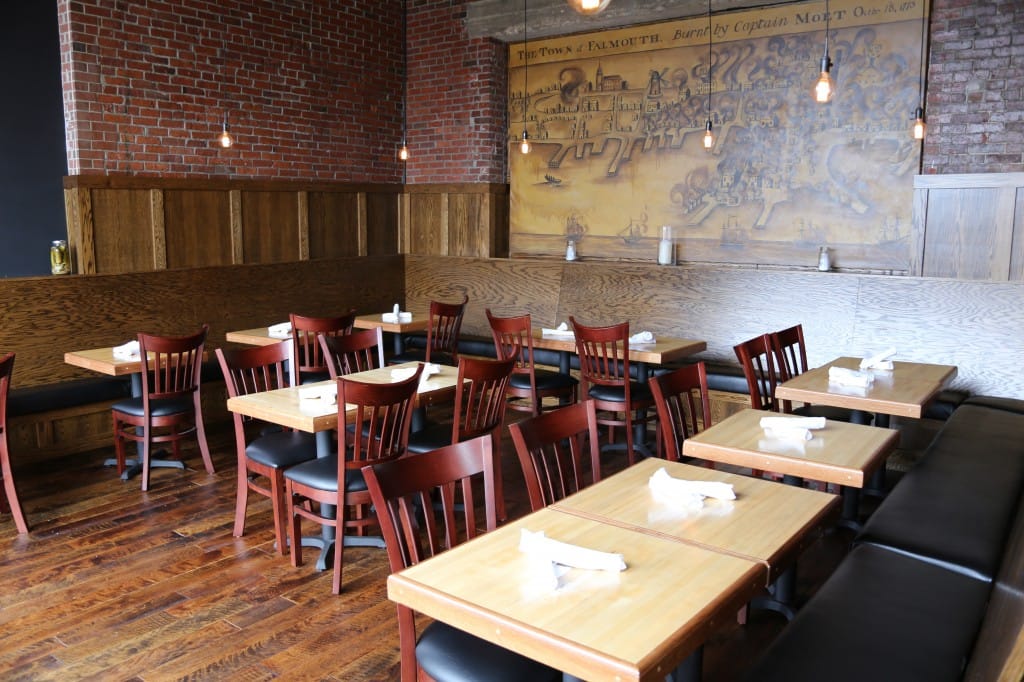 There aren’t many places in this area that have the amount of quality beers on tap like you do. This place is a gem.
Ya, there are lots of places that have lots of taps like Shipyard or something. $3 Dewey’s has a lot of taps too. I try to not have any fillers on tap, no garbage. I’m not trying to please anybody who’s stuck on a kind of beer that’s just not well made. I’m not looking to please as many people as possible. There might be 6 beers that a person likes and nothing more. But the beers we do have that they like are going to be awesome. Within whatever style it is it’s going to be really good. If it’s going to be a tripel then it’s going to be Chimay Tripel. Than the 5 people in here who don’t want to leave their comfort zone will have quality choices that won’t let them down. You can get PBR in the gas station. What am I going to do? Have a hotdog stand in here? 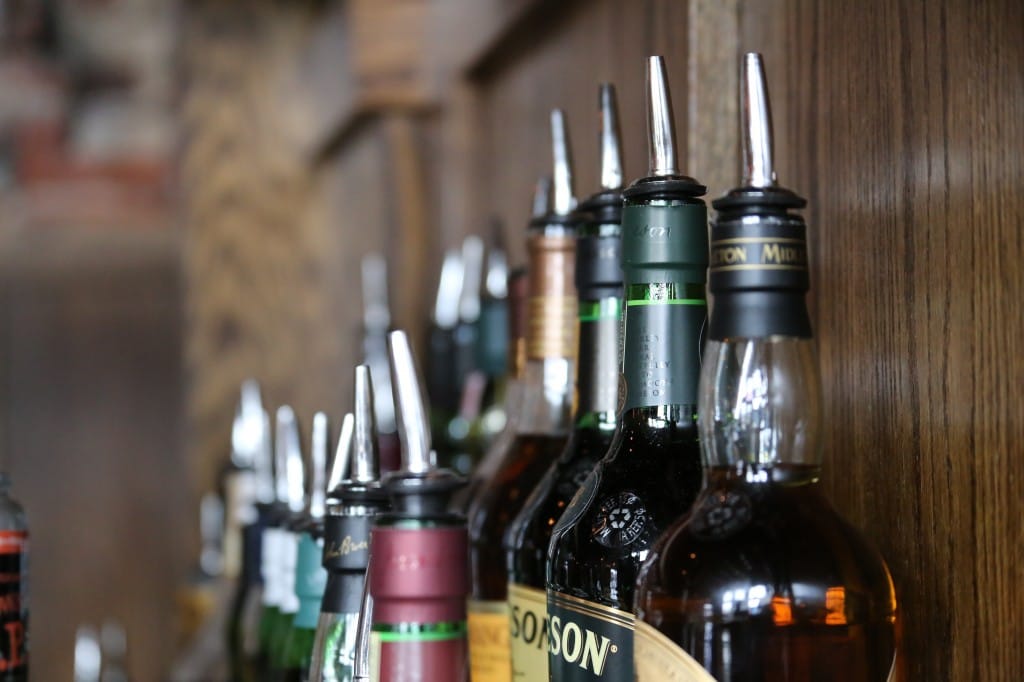 This location is great. Right on the water in the middle of the Old Port.
It’s a cool space with high ceilings. We had to put a lot of stuff in here to make it a bar, it was just an empty space but we got into this space while it wasn’t really expensive. I was used to paying a lot for rent over in Vermont at Blackback Pub and this made me say, ‘really? I can build this place up and it won’t be 8 million dollars a month in rent? Let’s get in here and get some beer in here’. This was just an empty warehouse. There wasn’t even a floor in that half of the space, just rotted boards before we started. You could fall through and find Jimmy Hoffa over there.

You have great food as well as great beer. What are you looking to focus on here at The King’s Head?
Both. I think coming from Blackback in Vermont, I had some food but I focused on just beer, beer, beer. When focusing on beer you don’t expose a lot of people to everything. You have some people who are really in their comfort zone who only drink one or two things that think ‘this place doesn’t have anything for me’. But if they think they can get a cocktail or something nice to drink than they will come with a group of people who are coming to eat dinner and drink beer. Than everyone is more likely to try something new. They start to realize that this place doesn’t just have a bunch of IPAs that I hate or a bunch of stouts. When people are intimidated they think everything on tap is something they can’t drink. The food brings in more people and exposes them a little bit more to something they normally wouldn’t try. 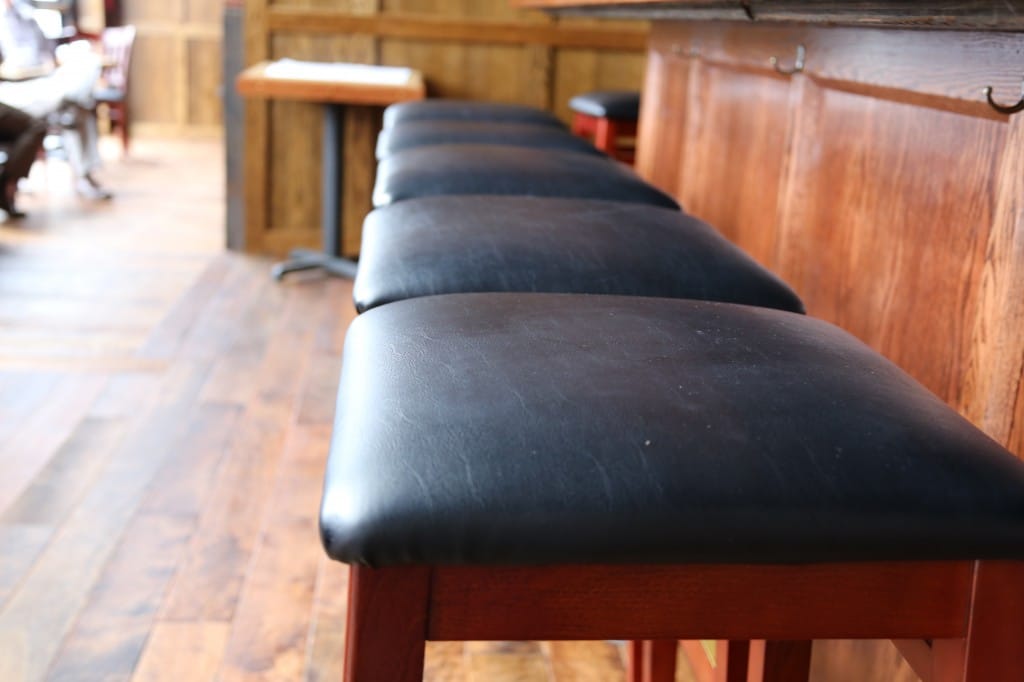 What’s a great appetizer that you would suggest quickly?
The Scotch Eggs. They are the perfect thing if your having a few beers. It’s like a delayed release alcohol absorption. It’s awesome.

The ‘U’ shape bar is the coolest thing I noticed when walking in.
Ya, it fosters cross conversations well. I don’t’ want have a bar with two or three different zones of conversations. This bar style can make it kind of wild. You can get some awesome cross-bar conversations going that are pretty funny. Later at night it can get a little wacky.