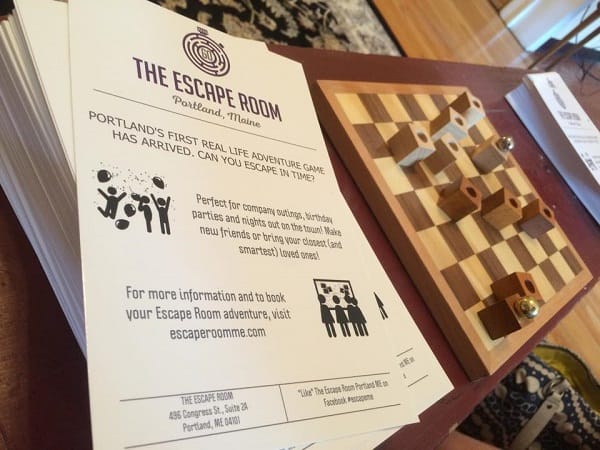 The door closes behind you. The digital clock on the wall starts ticking down from 60 minutes, 00 seconds. You can feel your heart begin to race as you look around the room, scanning for clues. You and your companions have only one hour to solve the mystery of how to make your way out of – The Escape Room.

The phenomenon of places like The Escape Room is gaining popularity worldwide as a fun activity for friends, family and co-workers. The rules are simple. Small groups of up to 10 people are presented with a basic central mystery or scenario to follow, and are then locked together in a room. The door remains locked until you solve the puzzles within the room and “escape,” or the clock runs out. Employees keeps tabs on you via cameras within the room, and you are also sent in armed with a walkie talkie. If you get TOO stumped they may feed you a hint, or you can ask for one, but the real spirit of the game is to try to figure things out on your own, with the help of your teammates.

The PortlandOldPort.com team had the honor of snagging the very first available time slot on July 2, opening day for The Escape Room, located at 496 Congress Street. Eight of us arrived, eager to put our heads together and prove we had what it took to beat the clock and escape. We were paired with another couple who also signed up to be part of the inaugural group of competitors. Before we were ushered into the room, owner Stephen Knight explained the basic rules and told us that they had a few dry runs the previous night, and that some groups had made it out…and some hadn’t. Puffed up with pride (and confidence from our Happy Hour visit to the Corner Room en route), we were determined to make a successful escape with time to spare. 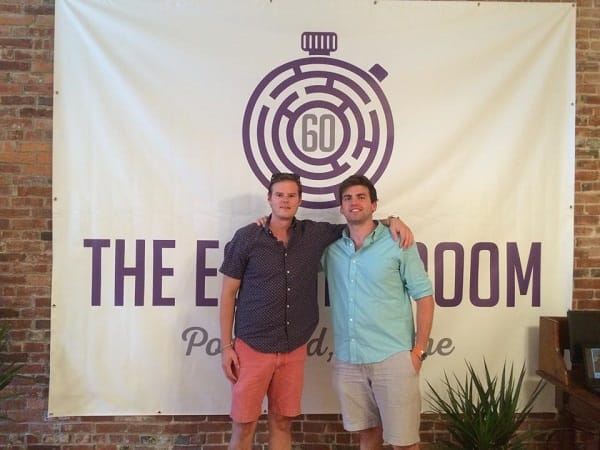 The brains behind – The Escape Room!

As soon as the door shut behind us and we heard the lock click, we were off – rifling through everything we could get our hands on. Nothing in The Escape Room jumps out at you immediately, so it takes patience, ingenuity, collaboration and sometimes blind luck to find and solve the various clues, most of which will then lead you to another clue or puzzle to solve. While the “room” is actually the size of a small studio apartment, it definitely got a little warm in there with 10 people (Knight says a fan is coming), or maybe it was just the pressure of trying to solve so many puzzles in such a short amount of time.

There was an initial flurry of activity as various team members dispersed and unearthed items they had found that may (or may not) be clues, and we quickly realized how fast our 60 minutes were disappearing as we raced to solve each one. After about 10 minutes of searching, we stopped and assembled everything we had found in one spot, striving to decipher each piece of the mystery. We quickly realized that when everybody came together as a team, rather than careening about individually, we had our best success at cracking the puzzles.

We were given (and also requested) a hint or two, but most of the clues we managed to solve on our own…until the last one. With two minutes to spare we frantically brainstormed and tried to crack the final code but alas, we failed. Defeated, we were let out of the room and told where we had gone wrong. We won’t share more on the particular challenges we faced to keep the secret alive for future players, but will say that it was definitely difficult, but not impossible, and having multiple people participating is really helpful since everyone in the group approached puzzles slightly differently, increasing your chances for success. Despite the sting of the loss, we all had a blast, and happily posed for a group photo to commemorate our time in The Escape Room. 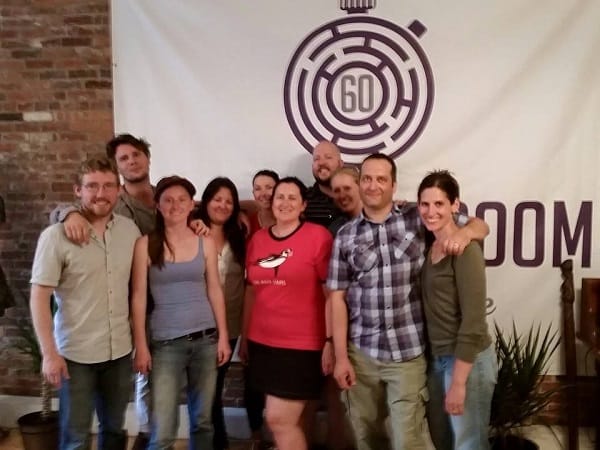 The PortlandOldPort.com crew and friends.

While there is currently just the one room and accompanying scenario to solve, Knight says they will be adding a second, so if you want to make a repeat visit, there will soon be a new mystery to solve. Tickets are $20 per person, and The Escape Room books groups of up to 10 people at a time. If you don’t have a full group, you will be matched up with others who signed up for the same time slot.