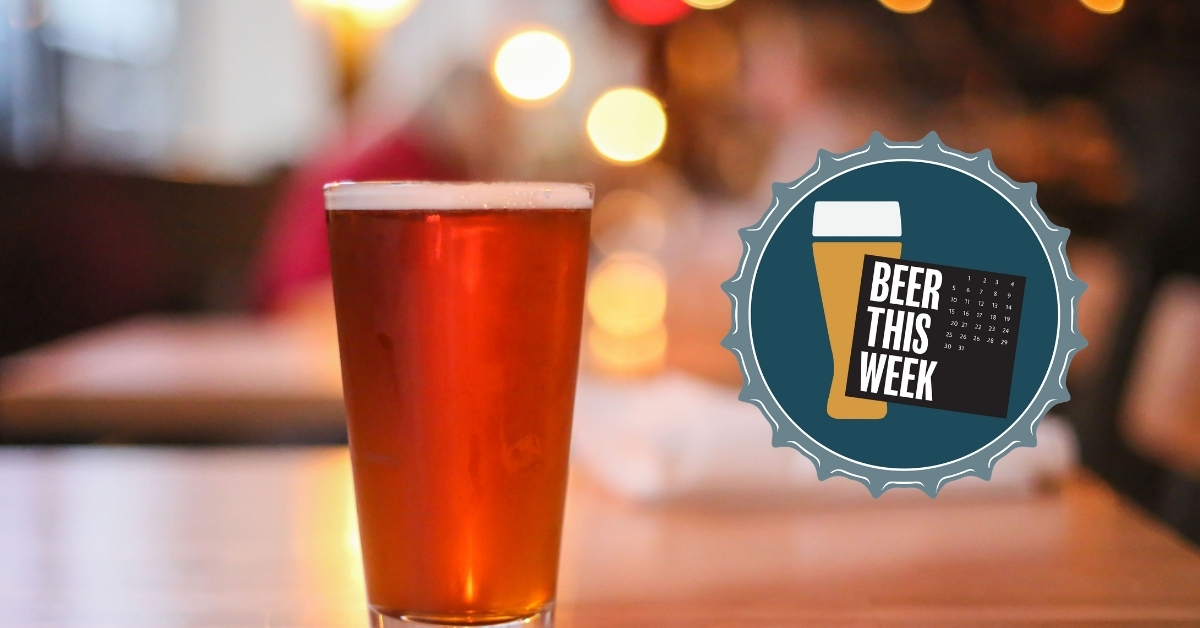 Here’s your familial PSA for the week — Father’s Day is Sunday. It’s a statistical fact that dads like beer (don’t ask us to show our work, just go with it). Ergo, you should be taking your pops to a local brewery this weekend and/or showering him with gifts of his favorite local brew. We hear the same goes for husbands, boyfriends, partners, brothers, cousins, roommates, etc. And honestly, we’re pretty sure the same goes for the ladies. In conclusion, Maine beer for all this Father’s Day weekend!

We’ve got lots “on tap” for this week! Banded Brewing is holding a release party at Portland gem The Thirsty Pig for their annual drop of Greenwarden, two sisters are indulging in a little cross-brewery Sibling Rivalry, Surf’s up at Foundation Brewing, and Baxter Brewing thinks we should all Gopher It. 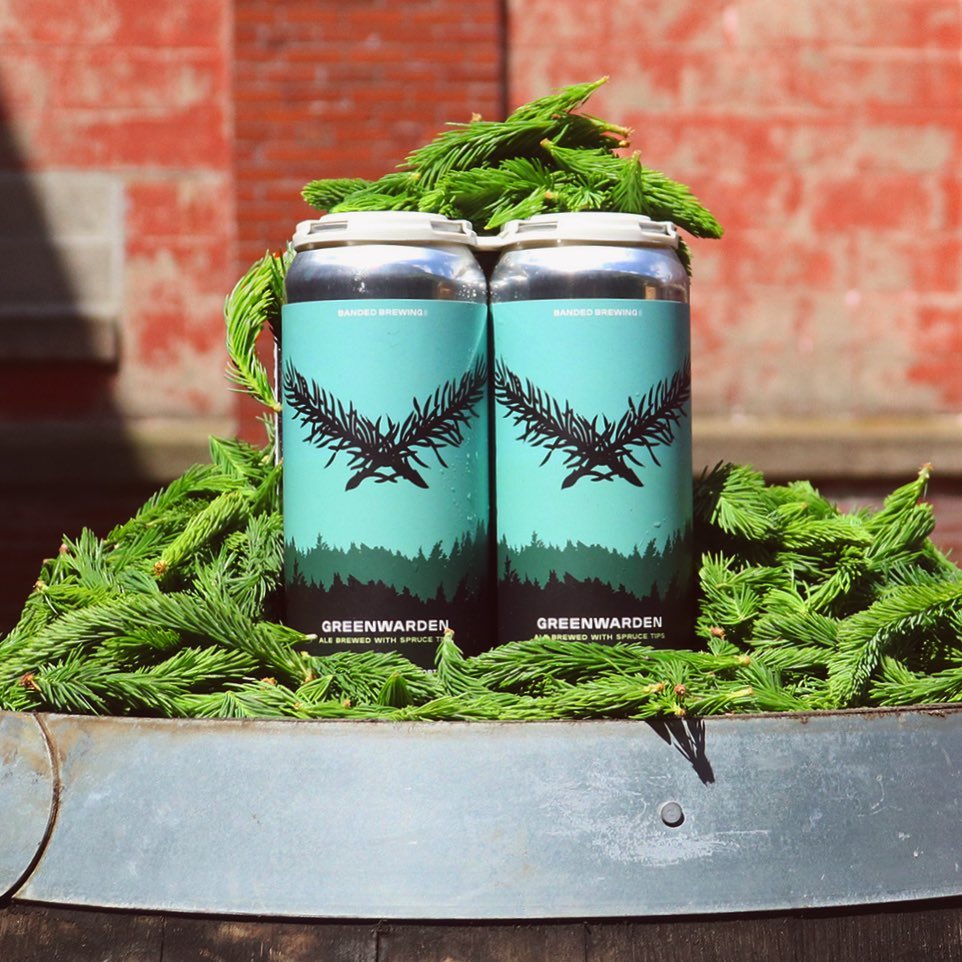 The Banded Brew crew will be at The Thirsty Pig for the annual release of Greenwarden, Banded’s seasonal Pale Ale brewed with Maine-foraged spruce tips. This Pale Ale is cool, super refreshing, balanced, and smells like candied fruit with notes of evergreen, mint, sweet herbs, and citrus. If you haven’t tried Greenwarden yet, this is a beer that truly needs to be tasted to be fully understood and appreciated. 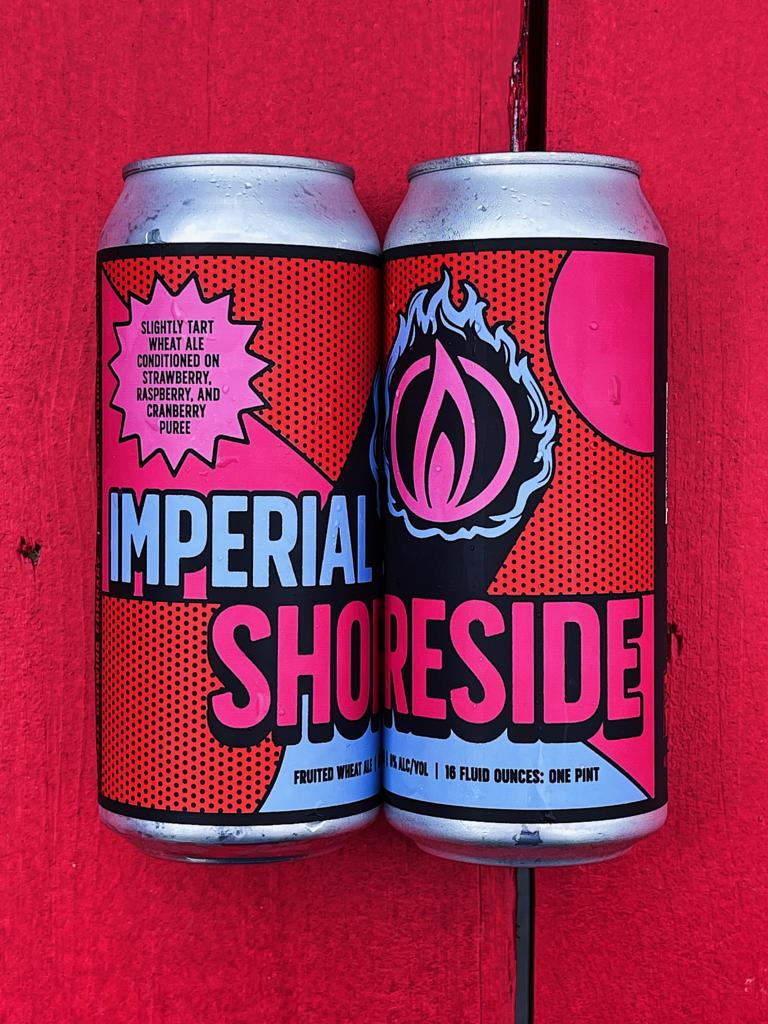 One Way #10 is the newest edition of Blaze Brewing’s constantly evolving IPA series. It was dry-hopped heavily with Pacific Sunrise, El Dorado, and Citra. One Way #10 smells and tastes like pineapple, mango nectar, and a Miami Vice cocktail. It’s incredibly refreshing and enjoyable in this early summer sun. 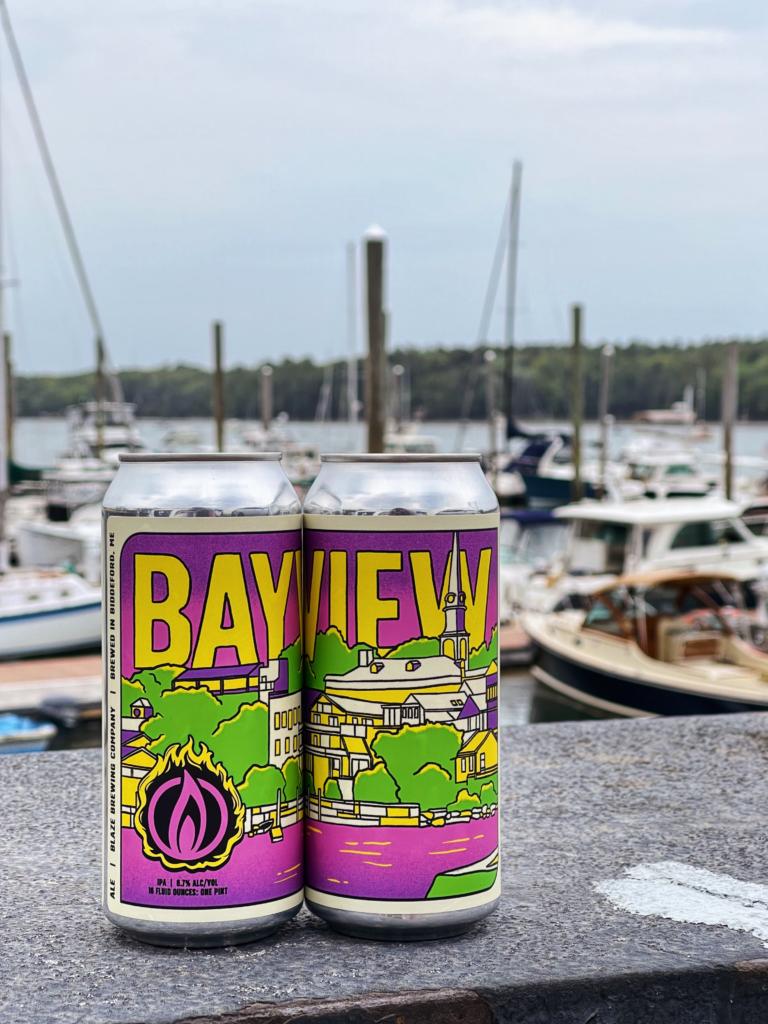 Bayview is brewed with a simple grist and then dry hopped excessively with El Dorado and Mosaic hops. This combination along with a multi-step dry hopping process has yielded an incredibly juicy and soft beer. Bayview smells and tastes like ripe blueberries, ruby red grapefruit, and vibrant citrus. 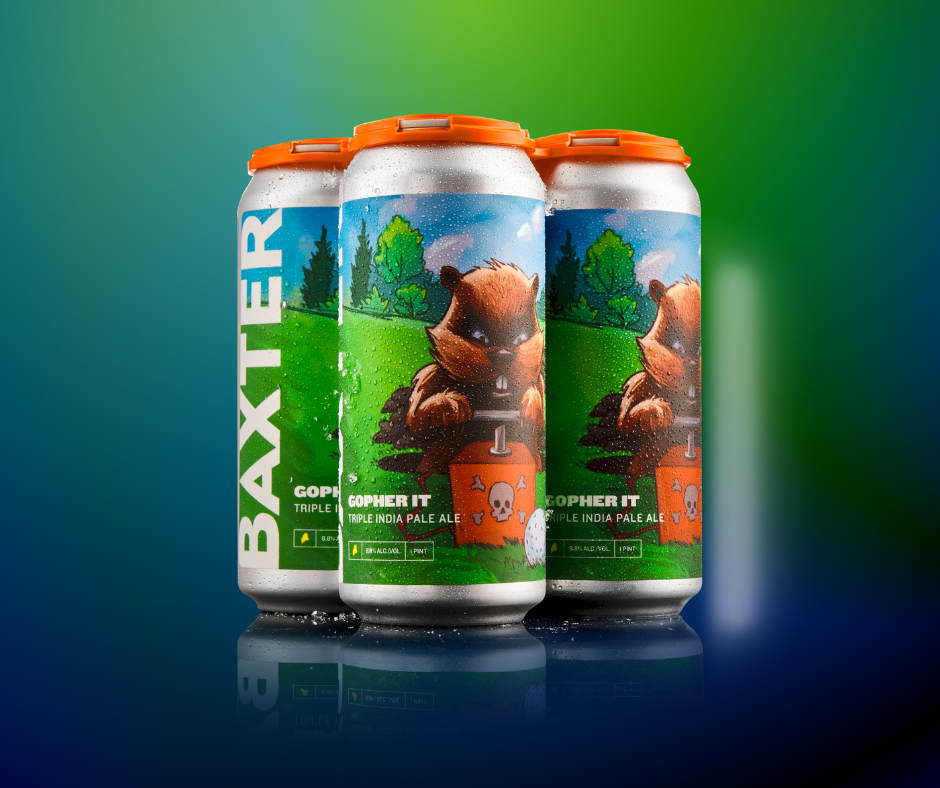 A flute with no holes is not a flute. A donut with no hole is a Danish. And a summer without Gopher It is just a really warm winter. But fear not, a limited run of Baxter’s celebrated Triple IPA will be available at The Pub starting this weekend. Dry hopped with a proprietary blend that includes Vic Secret and Galaxy hops, Gopher It is a juicy, aromatic explosion of flavor. Unlike Carl Spackler, this beer will have you saying, “Bonjour, Gopher!” Now, be the ball! 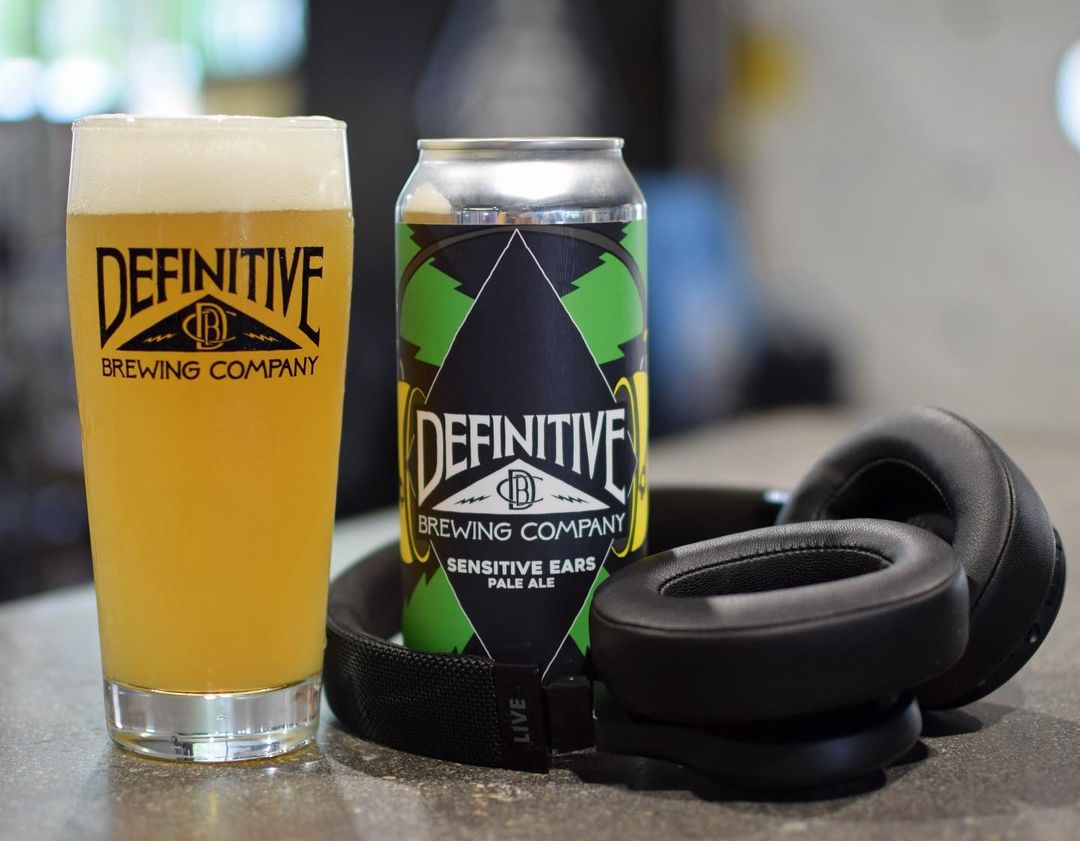 Sensitive Ears is brewed with a myriad of malt varieties from far and wide, then dry hopped twice with Citra and Amarillo. Bright and refreshing, Sensitive Ears tastes like the flesh of many clementines and freshly baked lemon meringue pie. 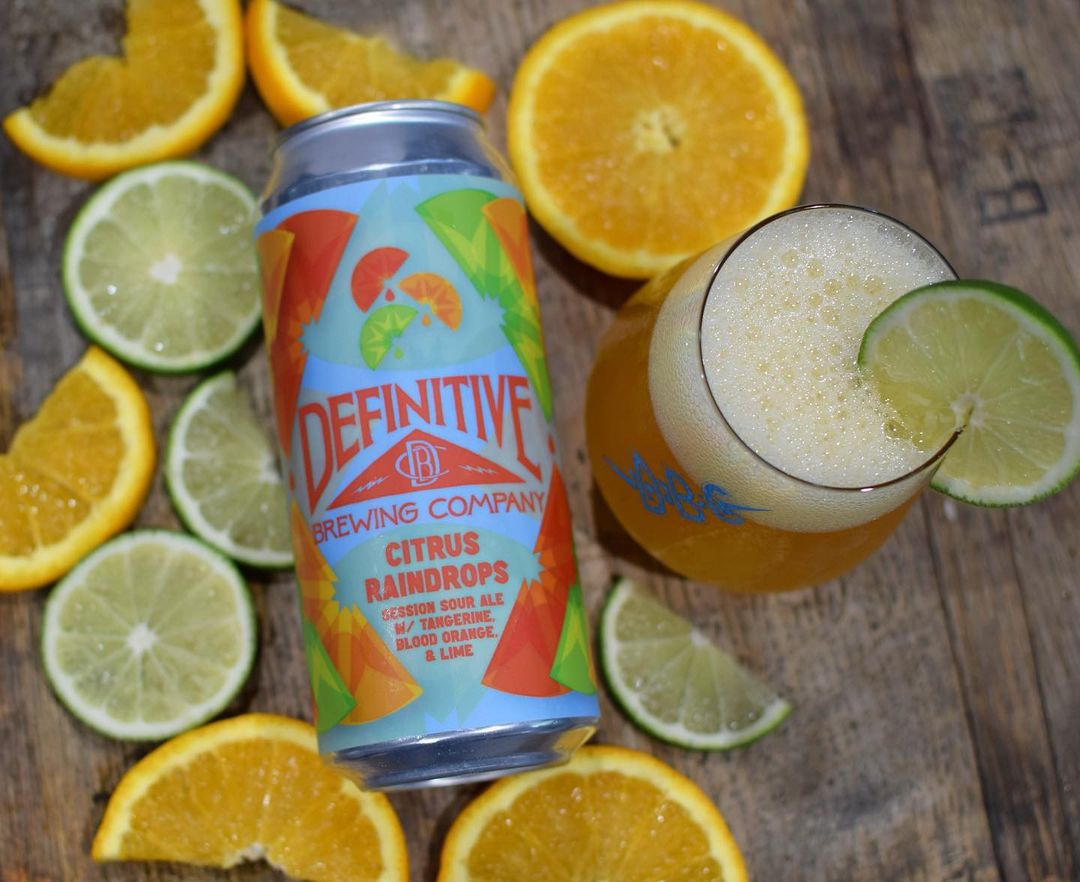 Citrus Raindrops is brewed with tangerine, blood orange, and lime. This light and friendly beer is a true all-day Sour. Incredibly refreshing yet flavorful, it tastes and smells of fruit juice spritzers, fragrant citrus peels, and the first thunderstorms of summer. Both beers are available Friday in Portland, Saturday in Kittery.

Foundation Brewing took this West Coast IPA so far west, they made it back to the East Coast! East Coast Surf Club was hopped with Simcoe CRYO, Amarillo, and Columbus hops, and delivers all the big citrus and sticky pine notes we love from West Coast IPAs. The brewers added a splash of pineapple for added juiciness and to really take your taste buds for a ride on a wave of flavor. Join the “Club!”

One aspect of the R&D program at Maine Beer Company is the exploration of different ingredients for use in their beer. The “Single Hop” series is designed as an in-house only test batch program to evaluate new hop varieties. Every batch is brewed with the same Pale Ale malt bill, which is based off of Peeper. The only variable from batch to batch is the different, singular hop that Maine Beer brews with. Black Barn Program No. 22 IPA is designed to be a lighter, less bitter, easy-drinking summertime IPA. 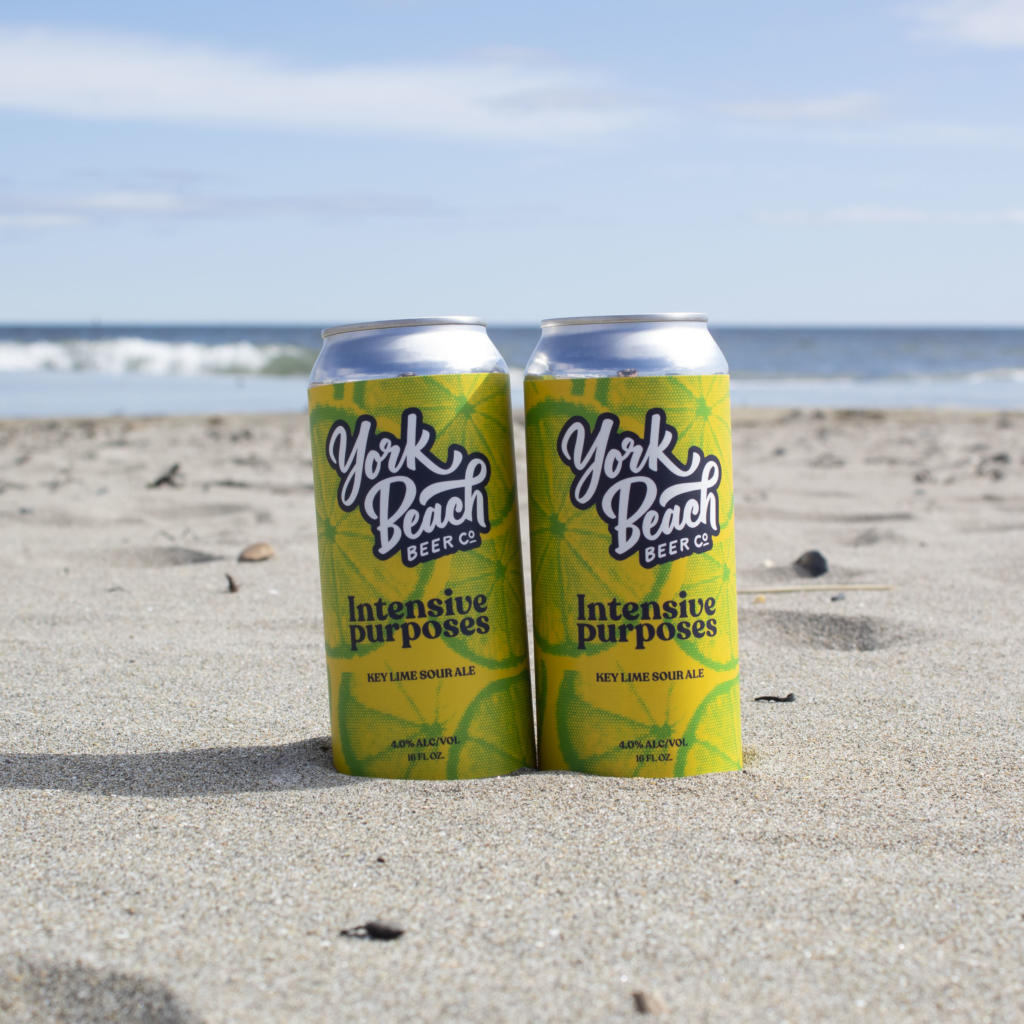 Lime and sours go together like famous movie quotes and the Mandela effect. Intensive Purposes is a key lime pie-inspired Berliner Weiss Sour perfect for an afternoon off the beach.

Sibling Rivalry is an annual brew of rotating style. As the name would suggest, it was originally a competition with sisters Mary and Elizabeth each brewing the same recipe at their respective breweries, Lake St. George (Elizabeth) and Monhegan Brewing Company (Mary). These days, it has morphed into a collaboration brew between MBC and LSG. Why? There are just more important things than childish competition. Also, Mary always won. Stay tuned as Mary and Elizabeth’s father, Dan, tries to guess the style! (This is why, for now, we listed the style as a question mark.)

This hazy and smooth IPA features notes of tropical fruits and pineapple. It was brewed in support of Friends of Fort Gorges and their efforts to save the fort.

There are a lot of tastes of summer already available in breweries, bars, and store shelves near you, even though the official kick-off isn’t until next week. From Pale Ales to light Lagers to Hard Seltzers to Sour Ales bursting with the flavors of strawberries, it definitely tastes like summer out there. 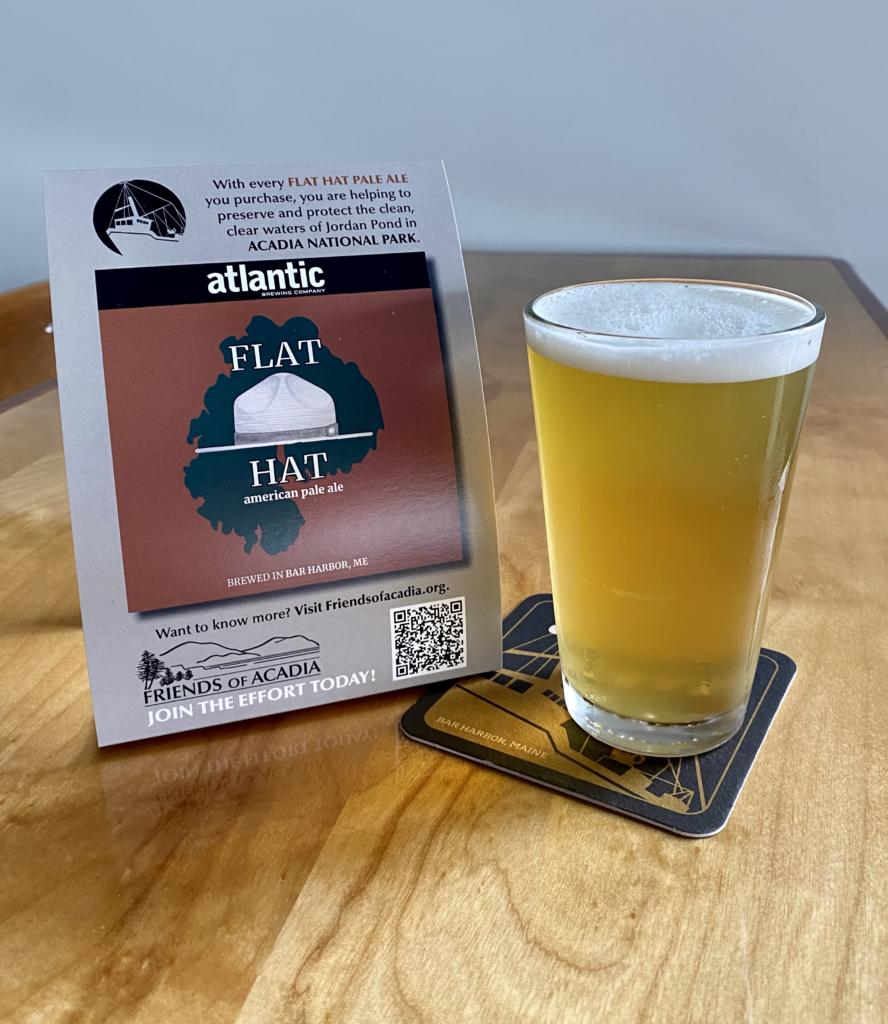 This crisp, refreshing Pale Ale is brewed with Hallertau and Saaz hops and Maine-grown grains. A portion of the proceeds from this brew will go to support the water quality monitoring of Jordan Pond in Acadia National Park through Friends of Acadia. 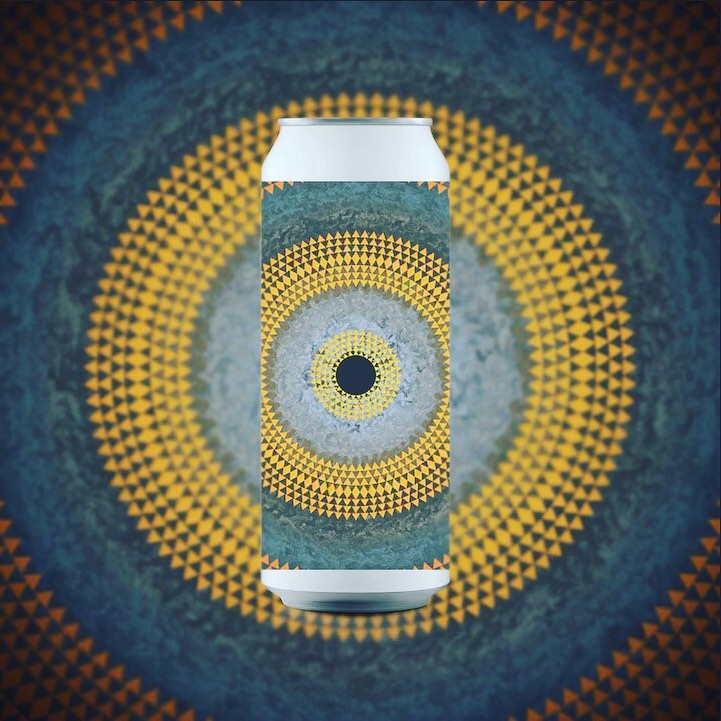 A thick and pillowy New England Double IPA with aromas of pineapple, guava, and lychee, hopped with Galaxy, Falconer’s Flight, and Denali. 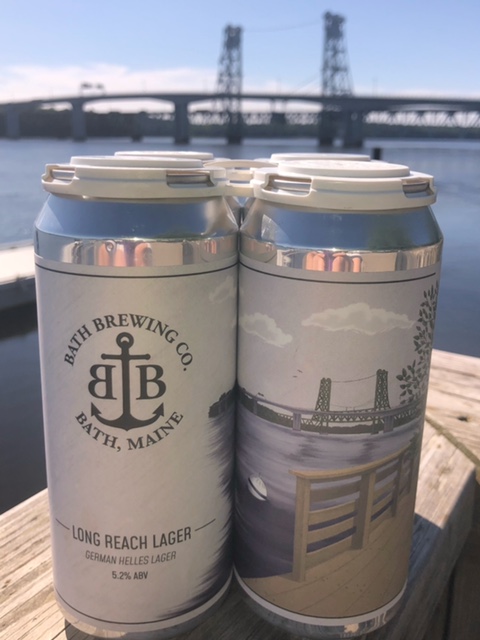 This Munich Helles Lager is light, crisp and at 5.2% ABV, a perfect start to summer! 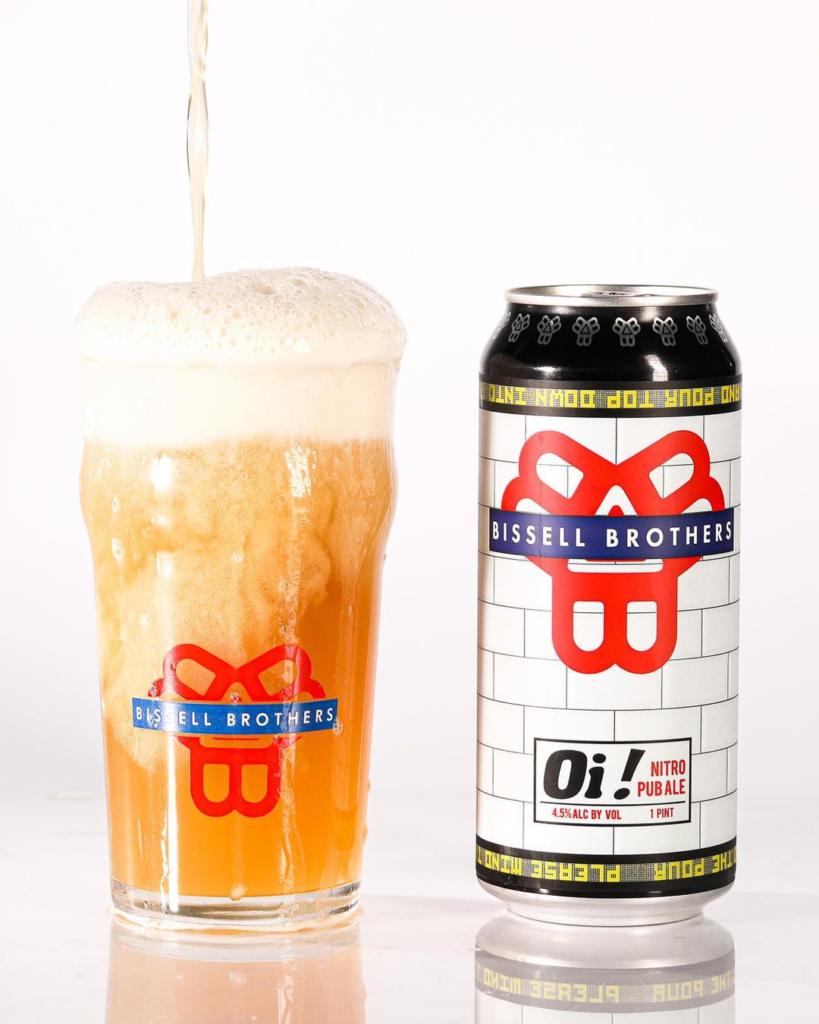 This is Bissell’s first use of nitrogen in cans. Simple and pure flavors of malt, hops, yeast, and water are threaded together through a mouthfeel that is as close to Leeds as us Yanks can get — for now. 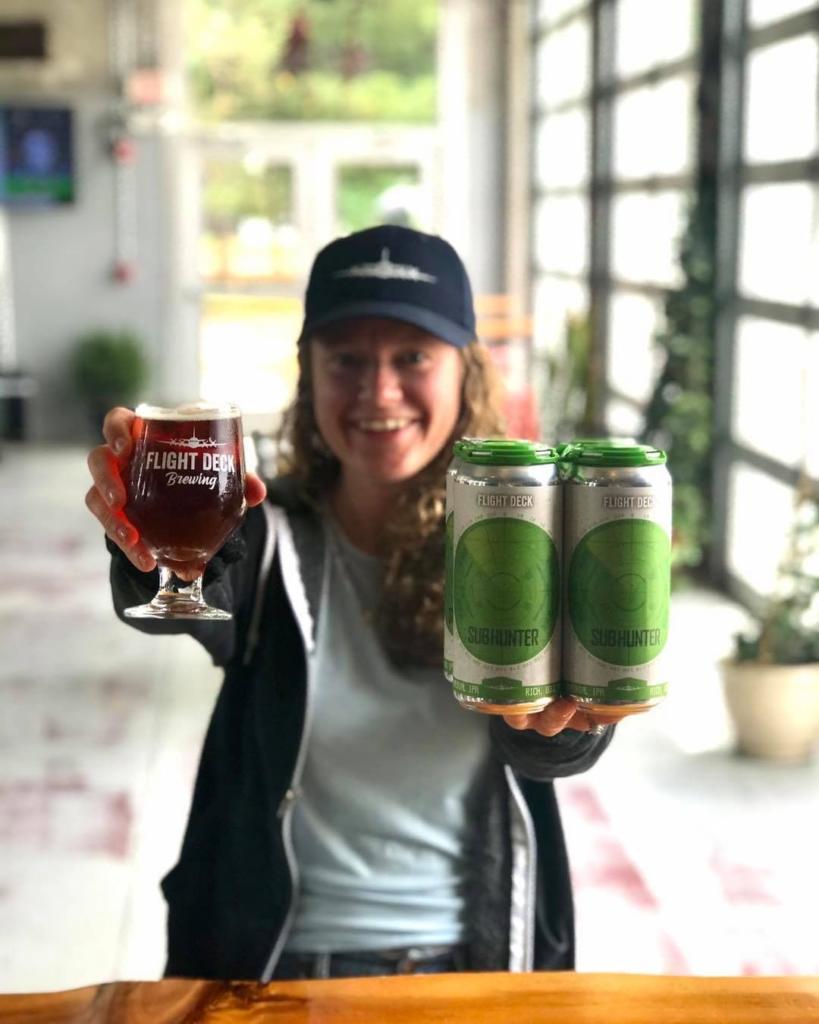 A blend of four hop varieties allow for notes of citrus and pine while still having a dank and earthy character. Subhunter derives its higher ABV by using sugar in the boil, which allows for more food for the yeast to feed on while not imparting sweetness into the final brew. Named for the primary role of the P-3 Orion, this brew is smooth and stealthy.

Brewed in small batches with organic cane sugar and real cranberries, this pink-hued Seltzer is the perfect drink after a day lounging at the beach or working in the garden. 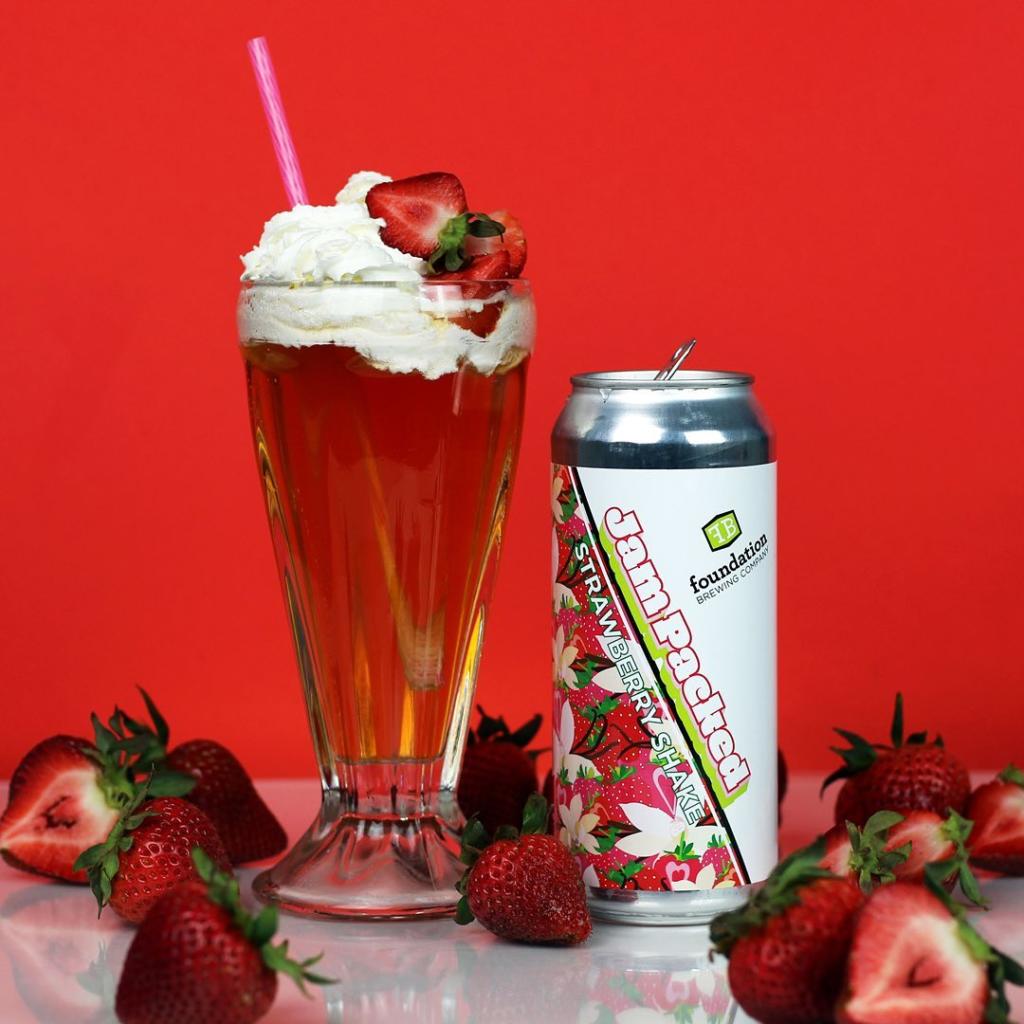 Want all the deliciousness of a strawberry shake, without having to bust out the blender? We gotchu! Jam Packed Strawberry Shake is an Imperial Sour Ale brewed with milk, sugar, and fermented with buckets of strawberries and vanilla. It tastes exactly like your favorite pink milkshake from the diner, but with an 8% ABV. 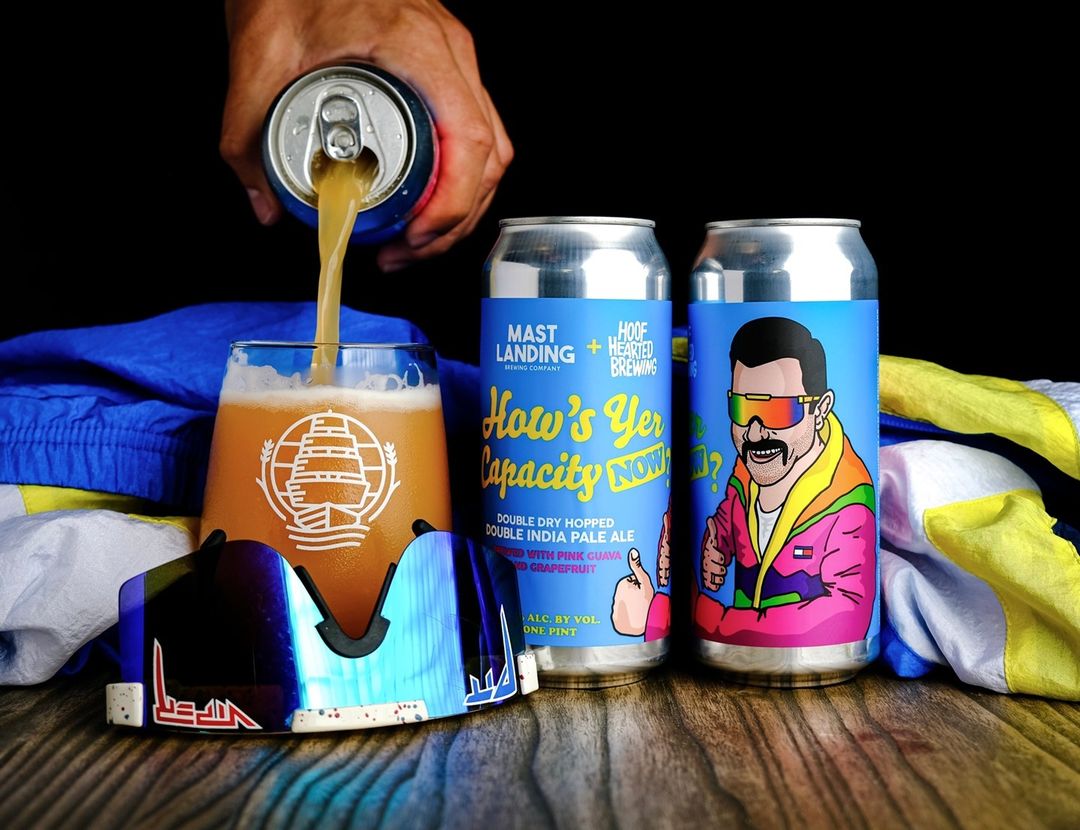 It’s been a few years since Mast Landing teamed up with the Hoof Hearted crew to immortalize the sales swagger of their buddy John Squadrito. They squeezed a little more Hoof juice out of the recipe this time around and posed the question once again…How’s Yer Capacity NOW? With an extra dose of pink guava and grapefruit joining Citra, Amarillo, and Azacca hops, this fruit-forward crusher re-energizes the spirit of the original beer.

This super-refreshing 5% Seltzer is made with fresh lime and mint. It follows on the heels of Nonesuch’s wildly popular Mojito IPA. Come on in, sit on the deck, and enjoy either one with your meal. 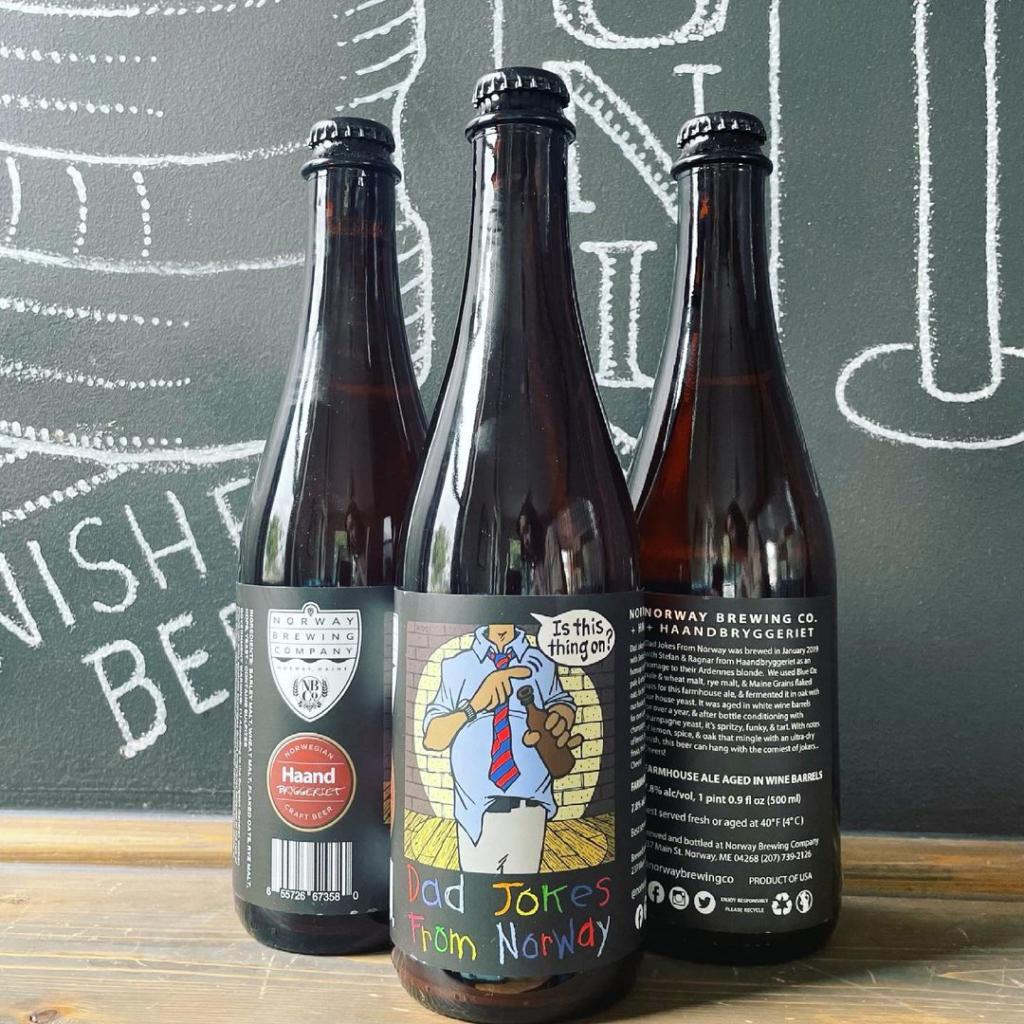 Dad Jokes From Norway was brewed in January 2019 with Stefan and Ragnar from Haandbryggeriet as an homage to their Ardennes Blonde. Norway Brewing used Blue Ox Malthouse pale and wheat malt, rye malt, and Maine Grains flaked oats for this Farmhouse Ale, and fermented it in oak with their house yeast. It was aged in white wine barrels for over a year, and after bottle conditioning with Champagne yeast, the result is spritzy, funky, and tart. With notes of lemon, spice, and oak that mingle with an ultra-dry finish, this beer can hang with the corniest of jokers! 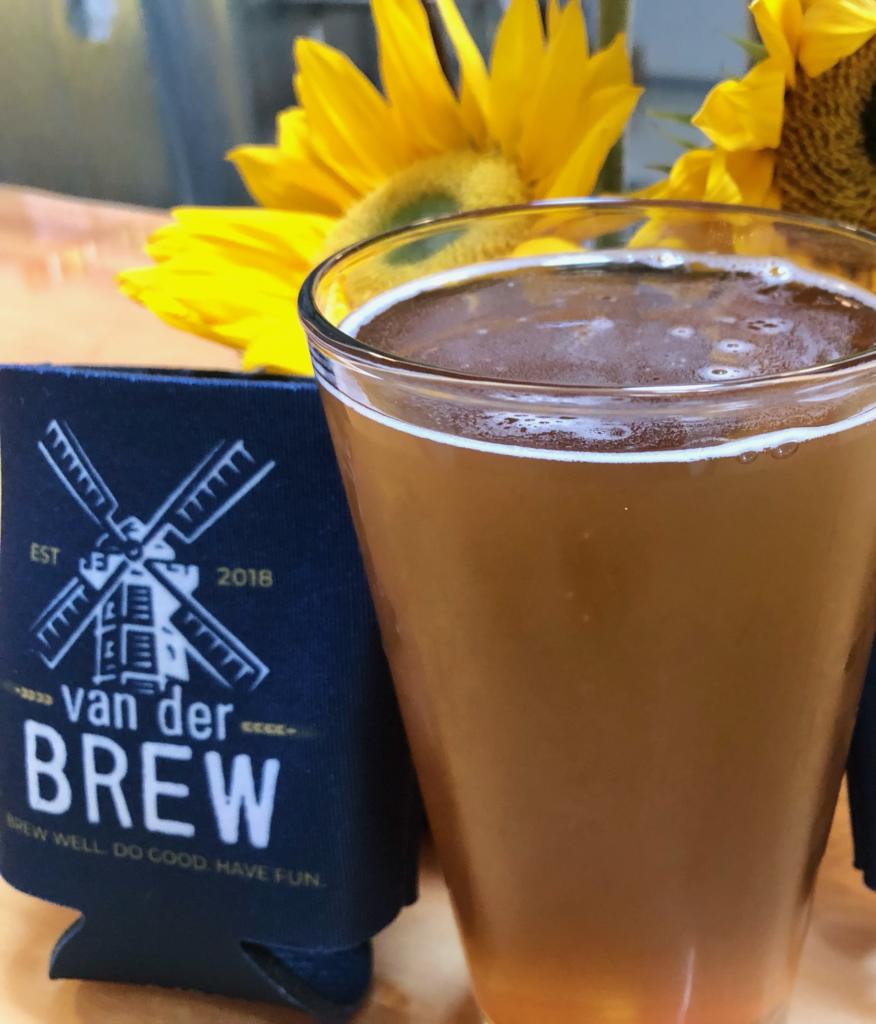 Like a marriage between a wheat beer and an IPA, van der Brew’s 2nd Wedding has a nice citrusy flavor with a mix of hops including Simcoe and Amarillo. 2nd Wedding was crafted in honor of a family bride whose big day was postponed during the pandemic and finally celebrated with this new brew (and, we’re assuming, a wedding).

One Leads to Another — Tributary Brewing Company in Kittery, Maine

It’s not uncommon to walk into Tributary and be greeted by someone from the Mott family.

Tap Lines: Missing the parade? Celebrate Pride at a craft brewery instead

People can get a beer and a jab at one of Portland’s popular breweries this weekend, as the state expands its campaign to try to persuade the younger crowd to get vaccinated for COVID-19.

All That Is Not Beer: Reducing Wastewater at Maine Breweries