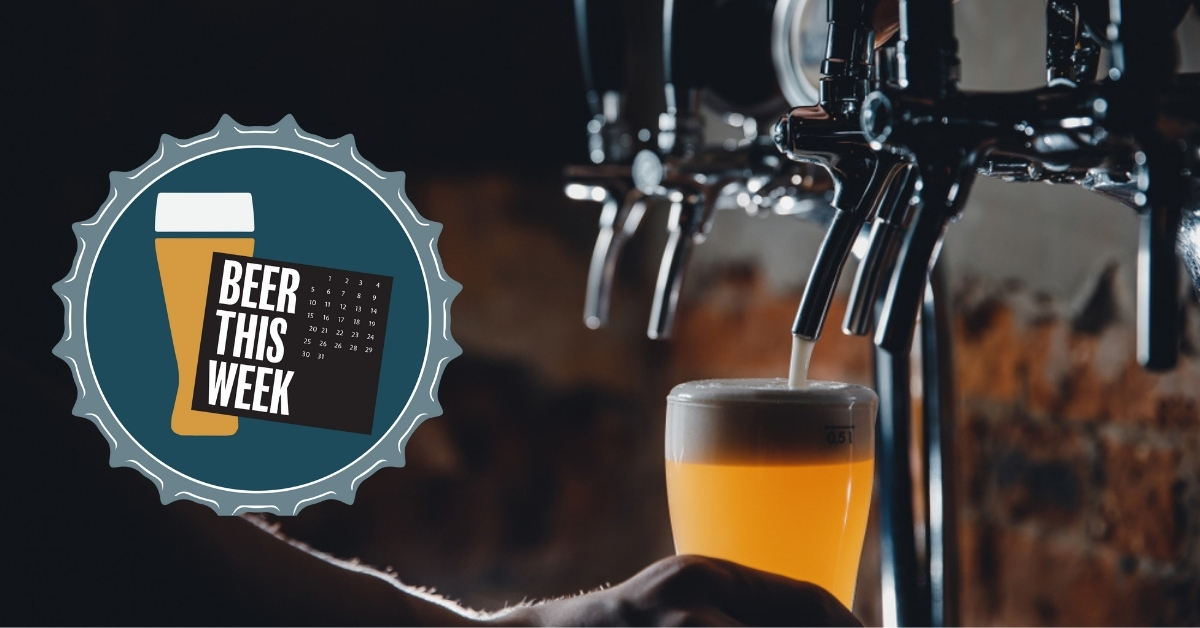 No matter what the thermometer says, we are thisclose to spring! Just 10 more days to go (not like we’re counting or anything). But first, we have another important celebration to focus on…St. Patrick’s Day! It’s only a week away, so the time is now to stock up on Maine beer and/or choose which breweries and bars you want to visit to pay proper homage to this most sacred holiday. Slainte!

Things are progressing Swiftly at Allagash (or perhaps they’re home to a lot of Taylor fans, AKA, Swifties), it’s Jam Packed over at Foundation, Twilight has fallen at Definitive, and Maine Beer Company is thinking Spring. 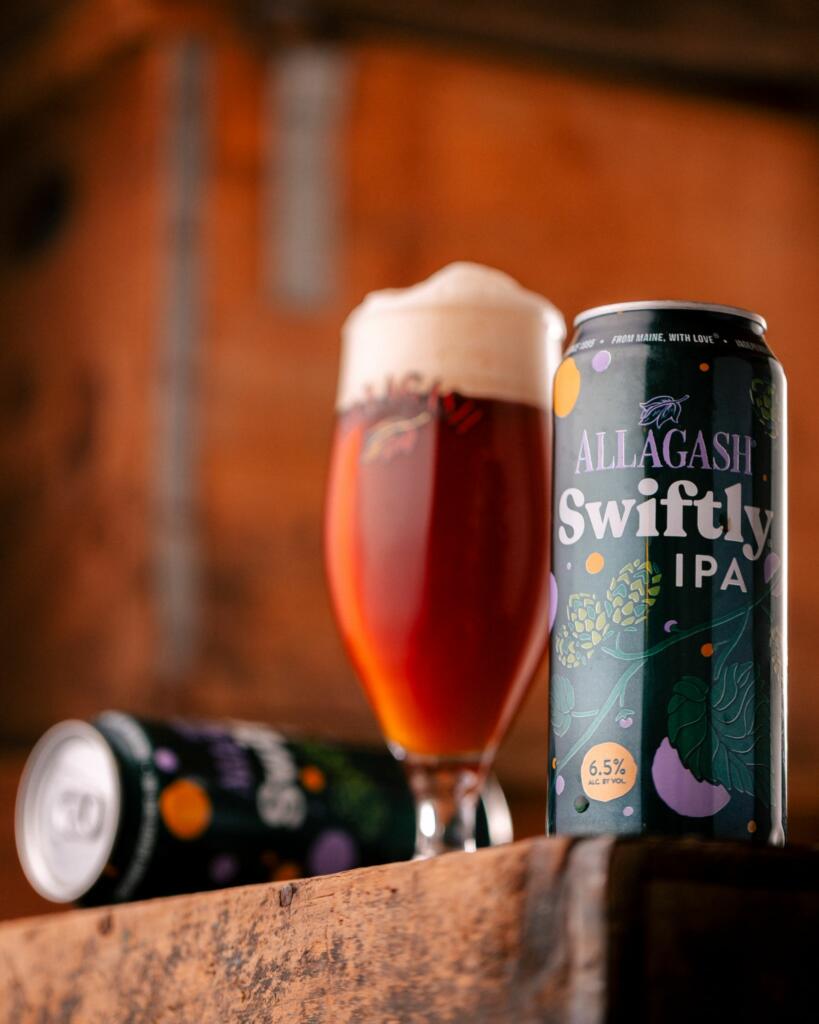 The Allagash pilot team set to work last year to match the description of an IPA suggestion submitted by a member of their staff. It went like this: “Roasted caramel notes, a little bit of sweetness, a hop profile that tastes like a morning walk among the mossy, dew-soaked trails of a coniferous forest.” Needless to say, the pilot team nailed it. Swiftly features the lush, citrusy, and resinous glory of Cascade, Chinook, Mosaic, and Simcoe hops, gently spiced with coriander. 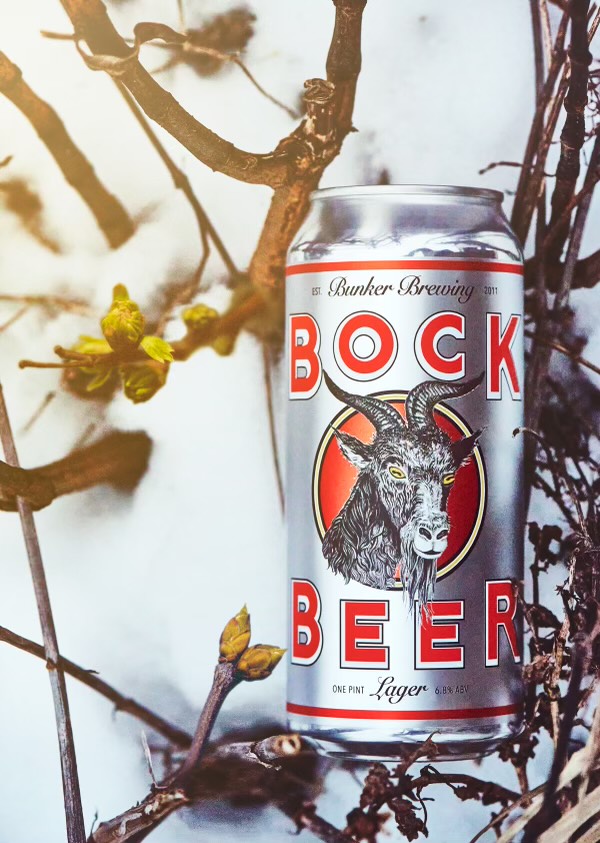 This German-inspired Lenten lager was brewed for the late days of winter and early days of spring. It has notes of toffee and fresh-baked bread with a mellow malt character. 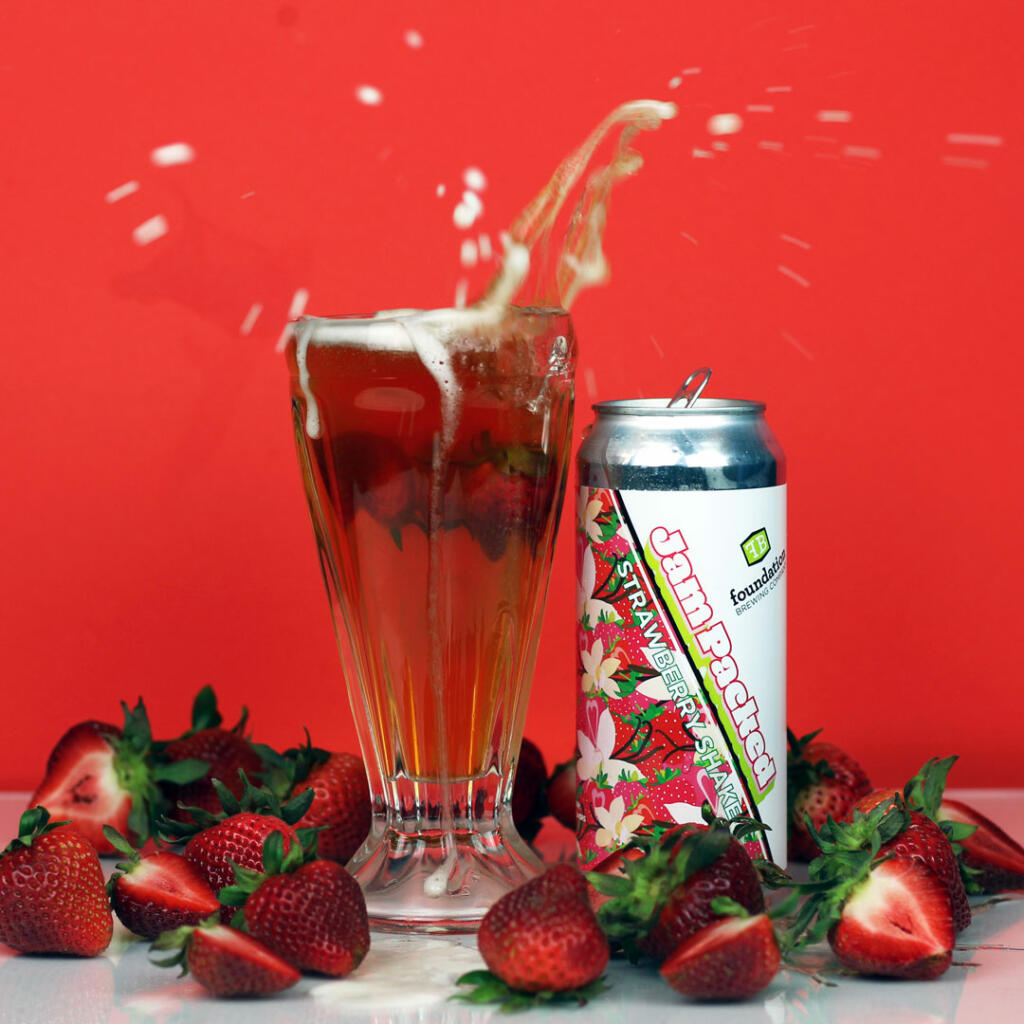 You asked, and the folks at Foundation heard you loud and clear—Jam Packed Strawberry Shake is back! Brewed with milk sugar and loaded with strawberry and vanilla beans, this beer is like a straight-up strawberry milkshake, but, you know, as an 8% ABV beer. 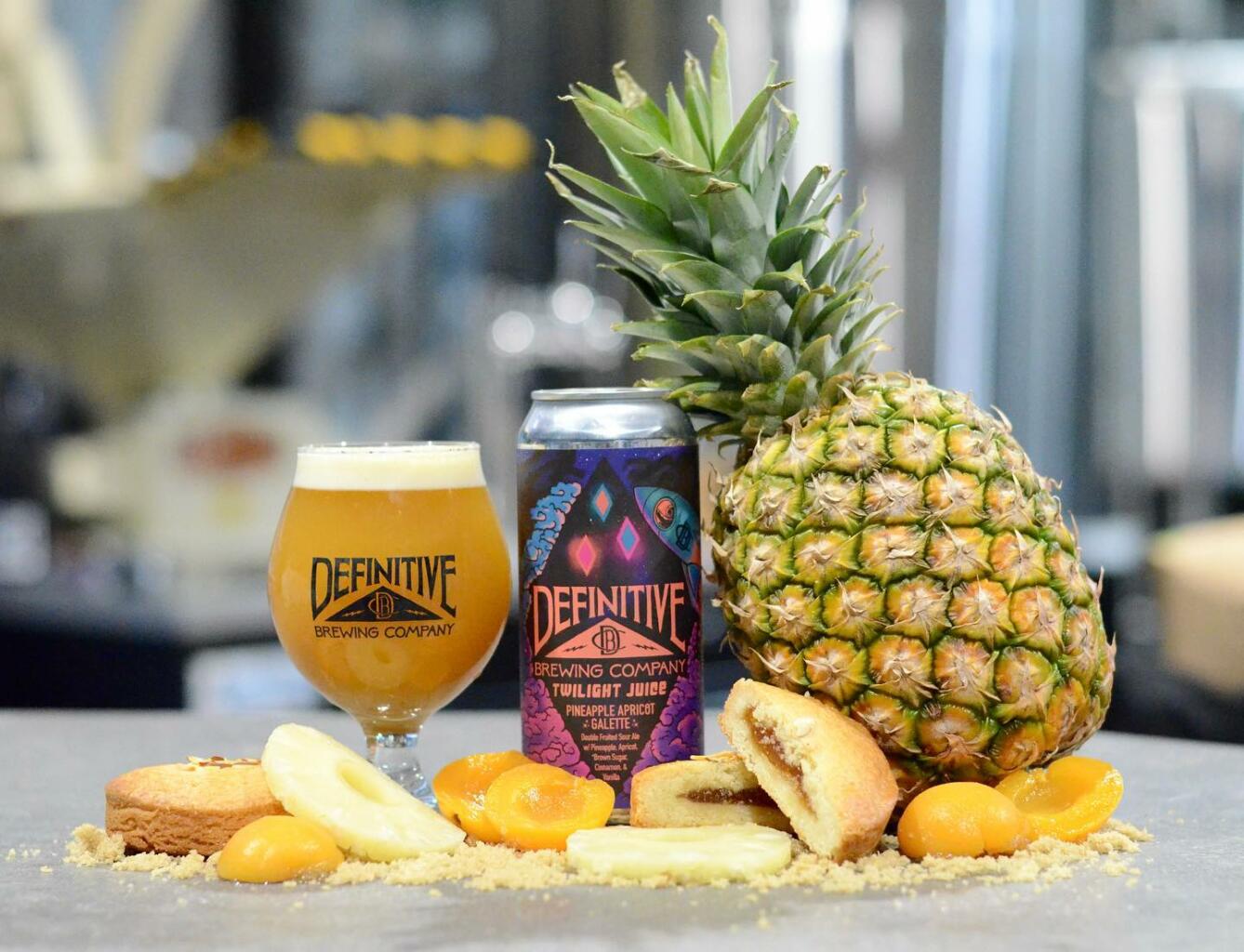 A replication of a French, decadent free-form pie, Twilight Juice: Pineapple Apricot Galette was conditioned alongside hundreds of pounds of fresh pineapple, apricot, brown sugar, cinnamon, and vanilla. The result is a full-bodied, complex, and inviting tasting experience. It tastes like liquified pies, fresh tropical smoothies, and apricot sunrays. 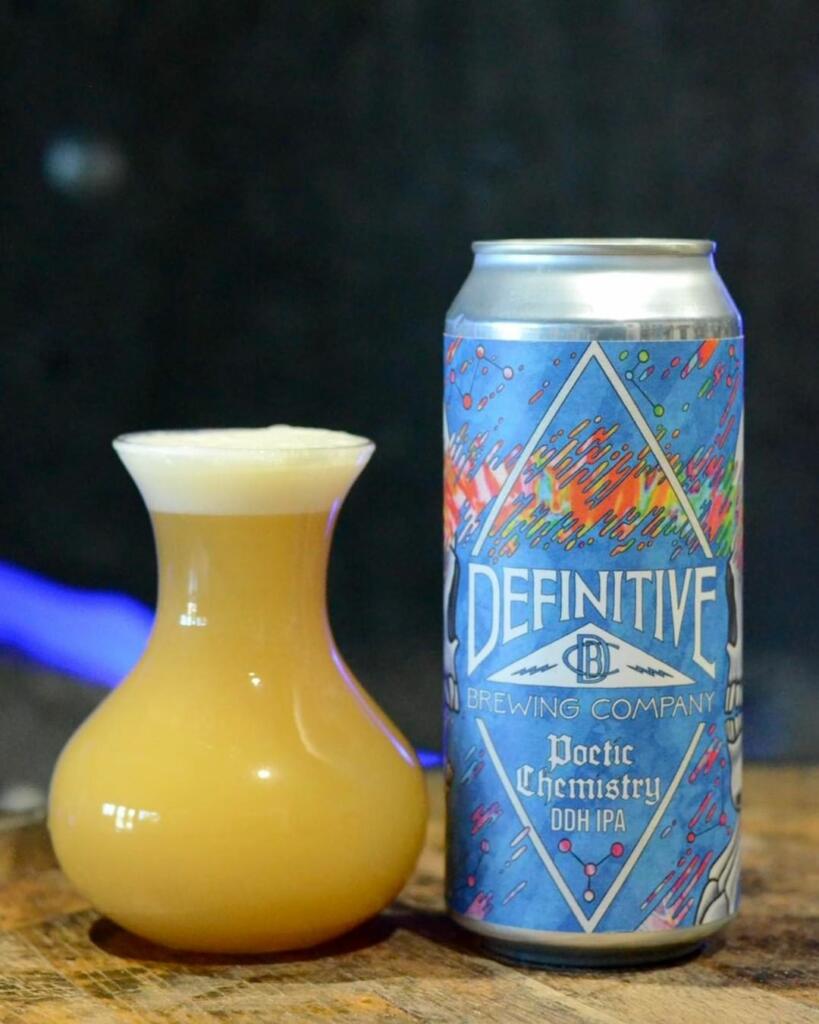 Medium-bodied and balanced on the tongue, Poetic Chemistry is dry hopped with a blend of Simcoe, Citra, and El Dorado Lupomax for a pleasant and approachable drinking experience. This beer is reminiscent of stone fruit, prickly pear, and bright tropical fruit flavors. 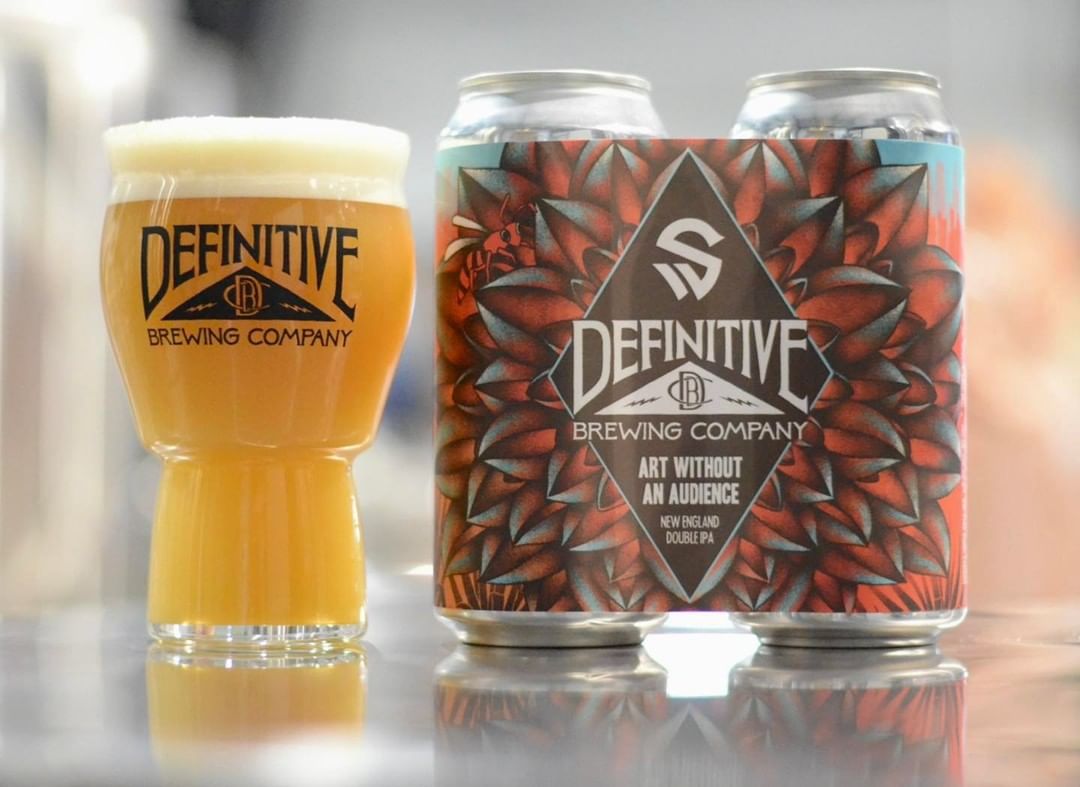 Definitive got together with their friends at Second Wind Brewing to create this special, all-advanced hop product Double New England IPA. Dosed heavily with Citra Incognito, Idaho 7 Lupomax, Bru-1 Lupomax, Cashmere Lupomax, and Citra Spectrum, this beer showcases their mutual love for the tropical side of the hop spectrum. This beer tastes and smells like fresh lychee, ripe stone fruit, and smashed tangerines.

All three beers will be available Friday in Portland, and Saturday at Kittery and Sunday River. 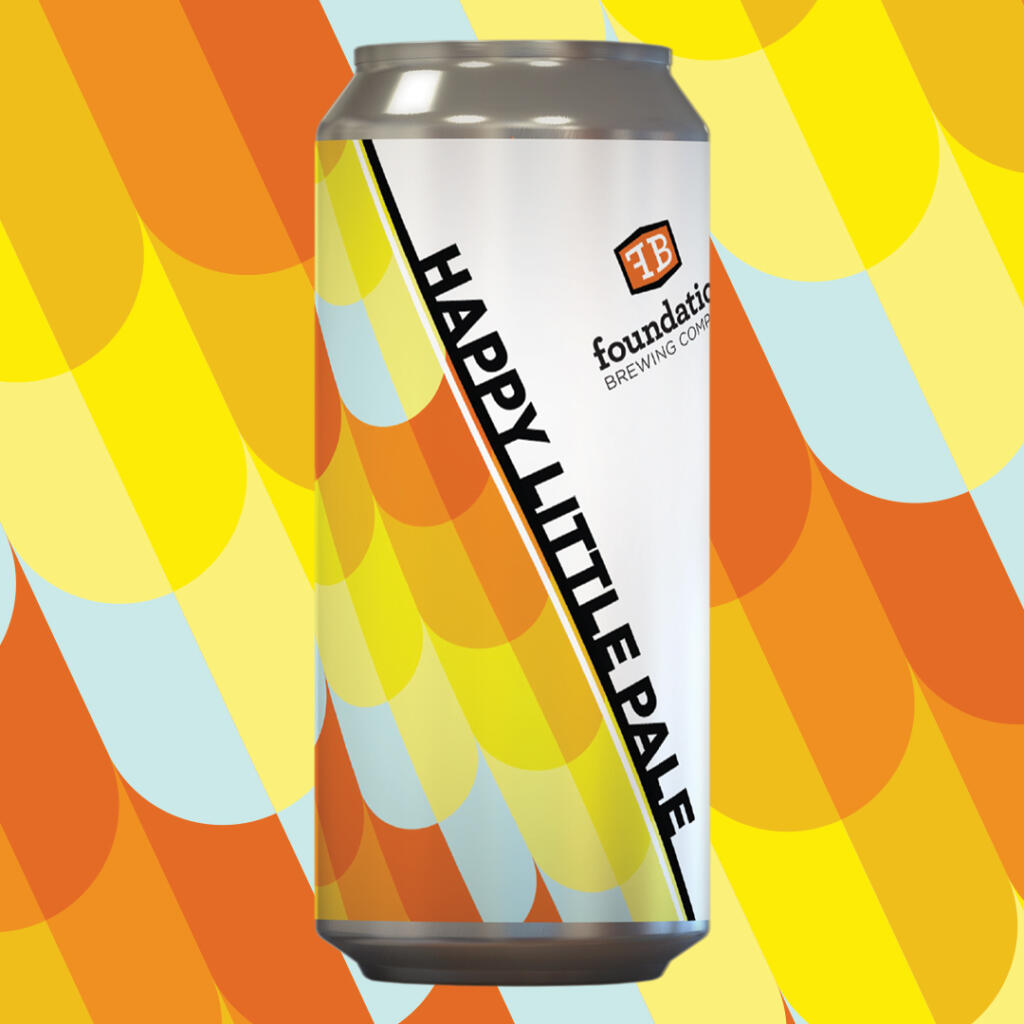 With their eighth anniversary on the horizon, the Foundation crew knew they wanted to brew a beer that would encapsulate so much of what they love about an easy-drinking pale ale. Happy Little Pale’s base of 2-Row and Honey Malt lays the foundation for super-fruity Ekuanot CRYO and Columbus hops. Juicy, fruity, and crushable, this one will simply put a smile on your face. 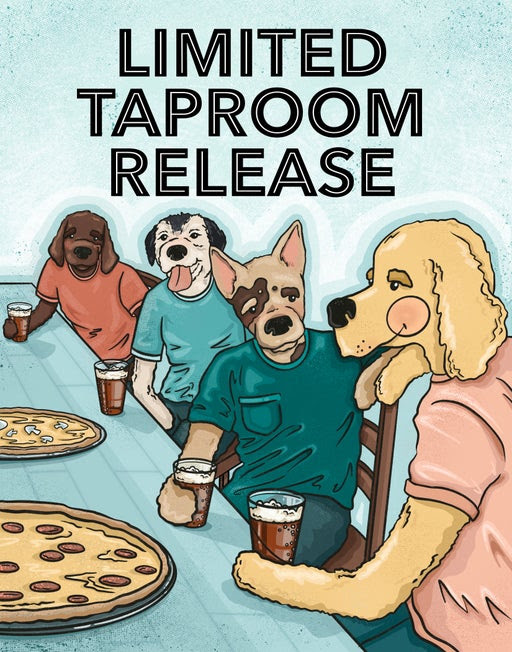 Brewed with apple-wood smoked malt, Smokey Ale tastes like BBQ in a glass.

With the Vernal Equinox rapidly approaching (March 20 if you want to mark your mental calendar), it’s time for Maine Beer’s seasonal release, Spring. It’s their take on an American IPA tailored for days when we start looking forward to warmer weather. Amarillo, Cascade, Simcoe, and Ekaunot hops provide the citrus, floral, and dried apricot aromas that remind us warmer weather is coming. The Maine Beer peeps say to drink it fresh, or at least from Fool’s Spring through Spring of Deception, Third Winter, Mud Season, and Actual Spring.

Mast Landing  wants you to Tell All Your Friends, things are getting Funk-y over at Lone Pine, you can pick up some Witches brew at Flight Deck, Foundation just wants you to Shake It (off) (more Swifties!), and Hell Awaits you at Sebago. Gulp. 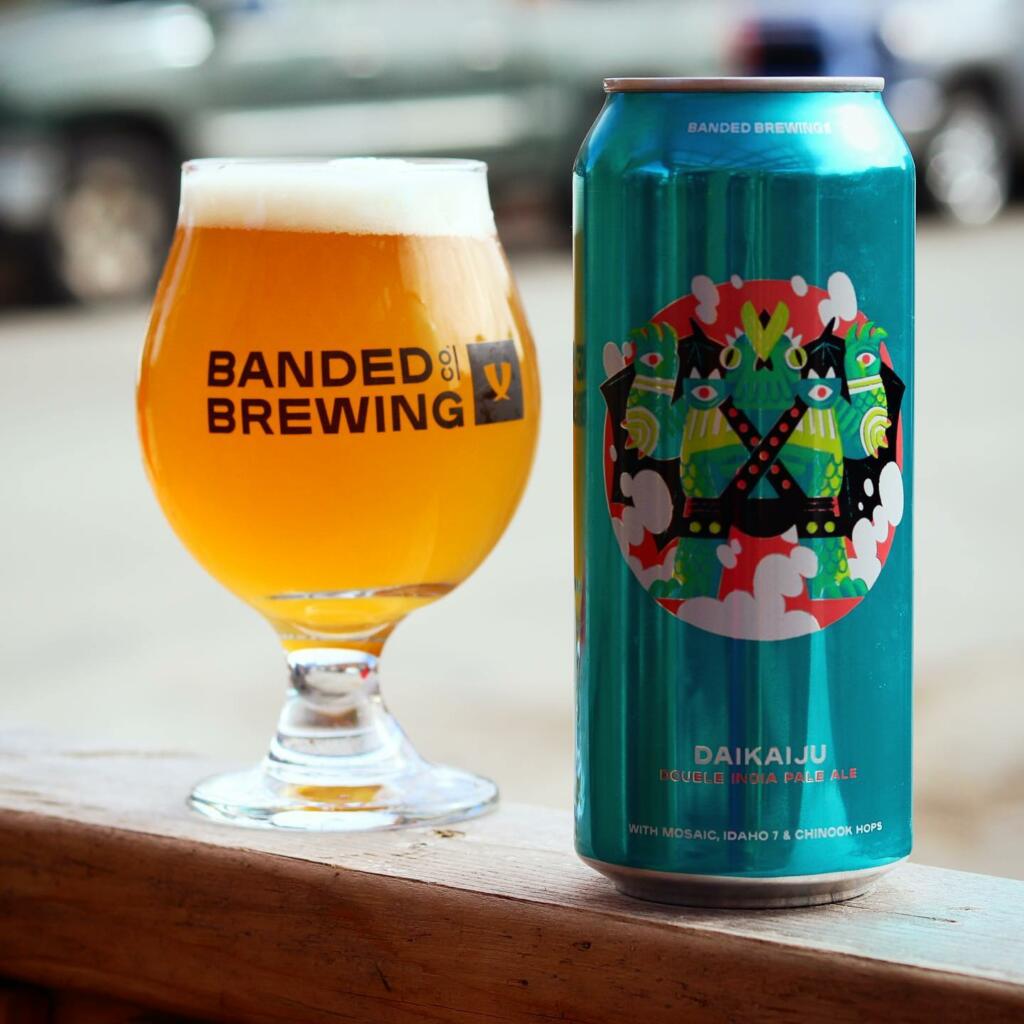 Banded Brewing’s OG Double IPA, Daikaiju, is back on draft and in 4-packs to go in both taprooms. Brewed with Mosaic, Idaho 7, and Chinook, this is a giant hop monster. 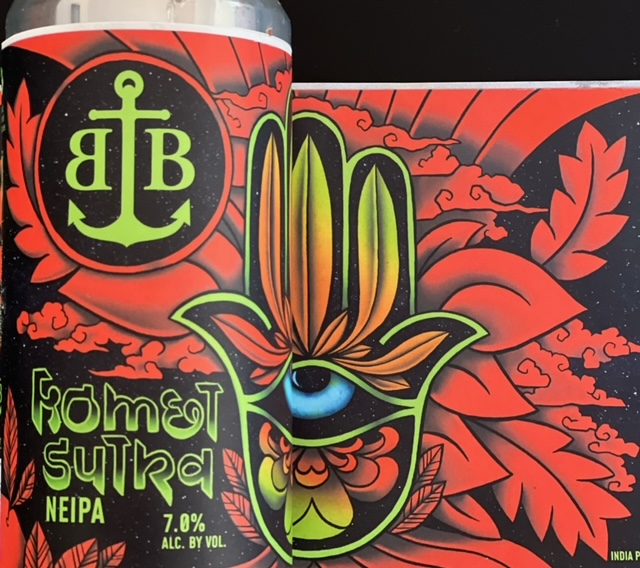 This orange-gold, hazy New England IPA is made with Comet, Citra, and Bravo hops and Kveik yeast. Komet Sutra is fruity, pineapple-y and extremely refreshing and drinkable. 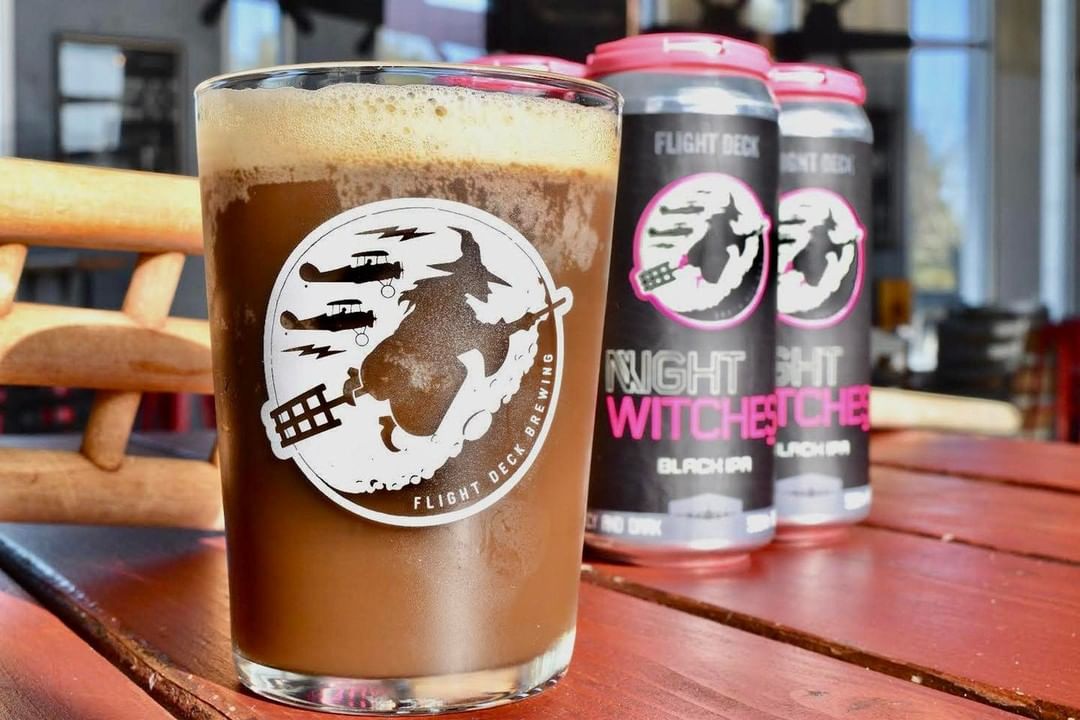 Night Witches is a Black IPA brewed in collaboration with The Pink Boots Society, an organization that encourages and assists women in the brewing industry through education. It’s named for the iconic all-female regiment of military aviators in World War II whose stealthy attacks at night earned them the nickname Night Witches. 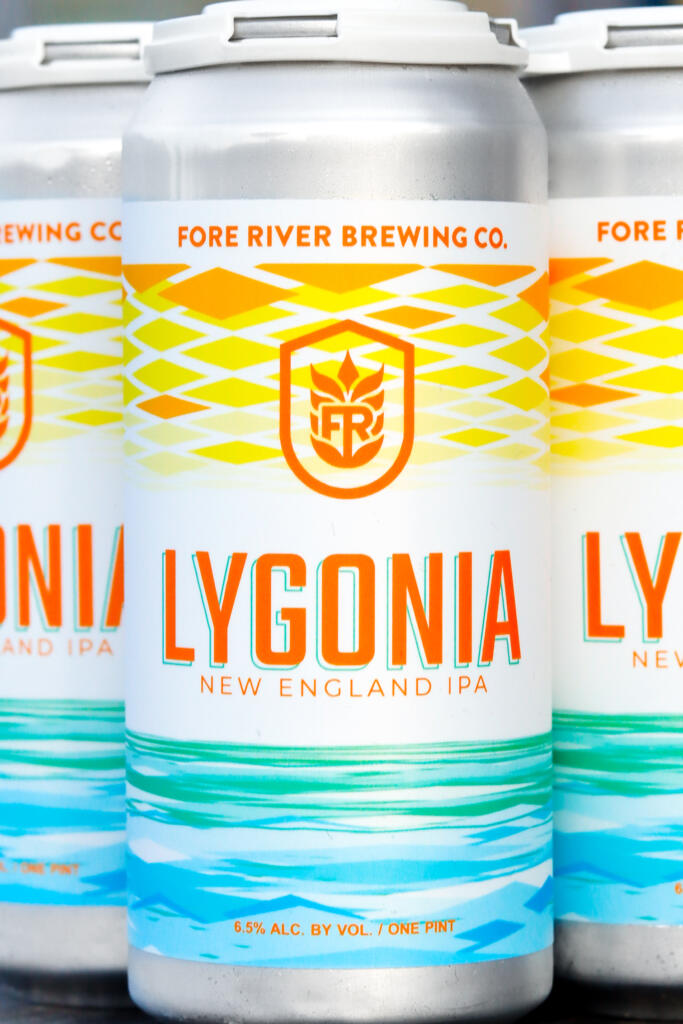 The OG Fore River IPA is back and better than ever. It’s juicy, full-bodied, and one of the more balanced IPAs you’ll come across. A solid cereal grain backbone supports delicious Vic’s Secret and Mosaic hops that wash your palate with tropical flavors of citrus and pineapple, before wrapping up with a pine resin finish, driving you to the next sip. 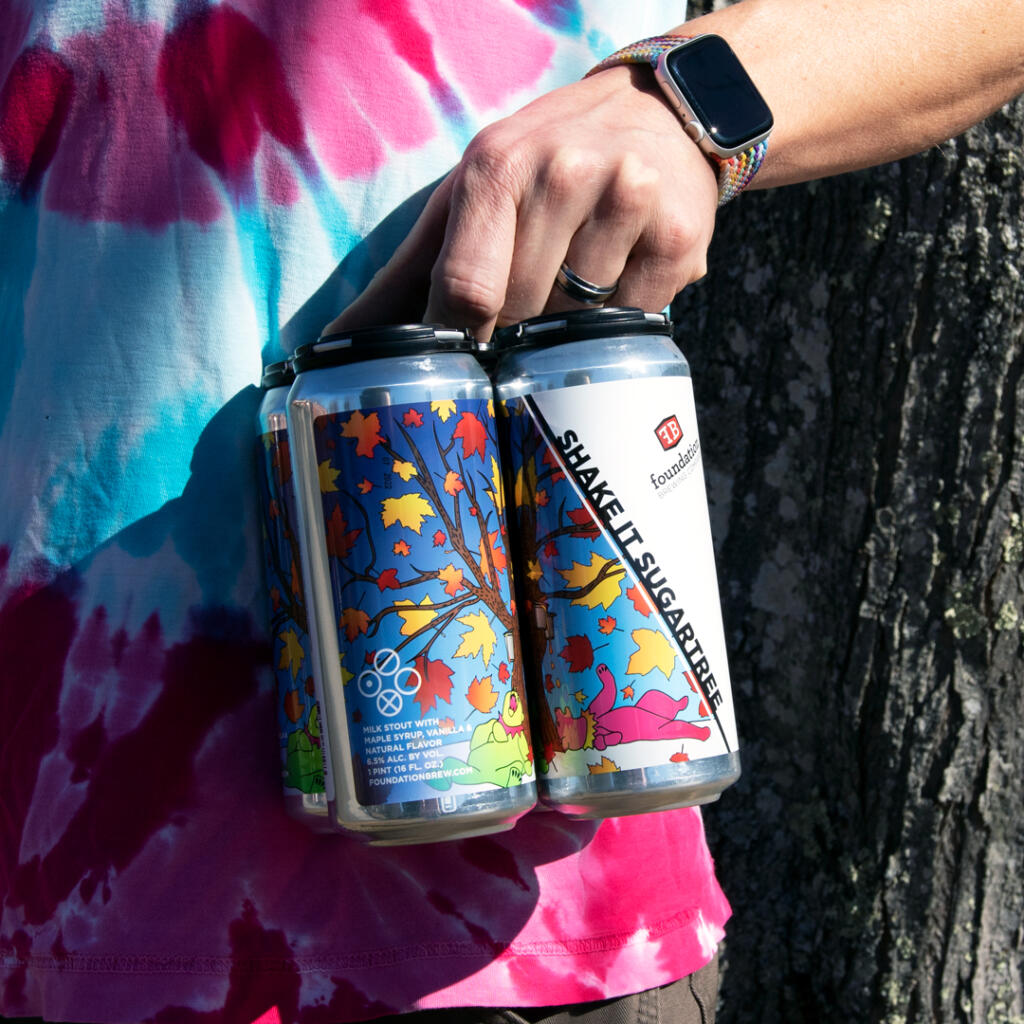 Foundation’s newest milk stout was inspired by the magic of sugaring season in Maine, when the sap’s a-flowin’ from the maple trees and visions of sweet, syrupy treats swirl and twirl about the mind’s eye. The silky, roasty milk stout base is layered with real maple syrup and vanilla beans. The result? A sweet treat with notes of chocolate cake, caramel, and maple that pays homage to one of spring’s greatest treasures. At 6.5% ABV, Shake It Sugartree is a drinkable delight that’s sure to have you feeling groovy. 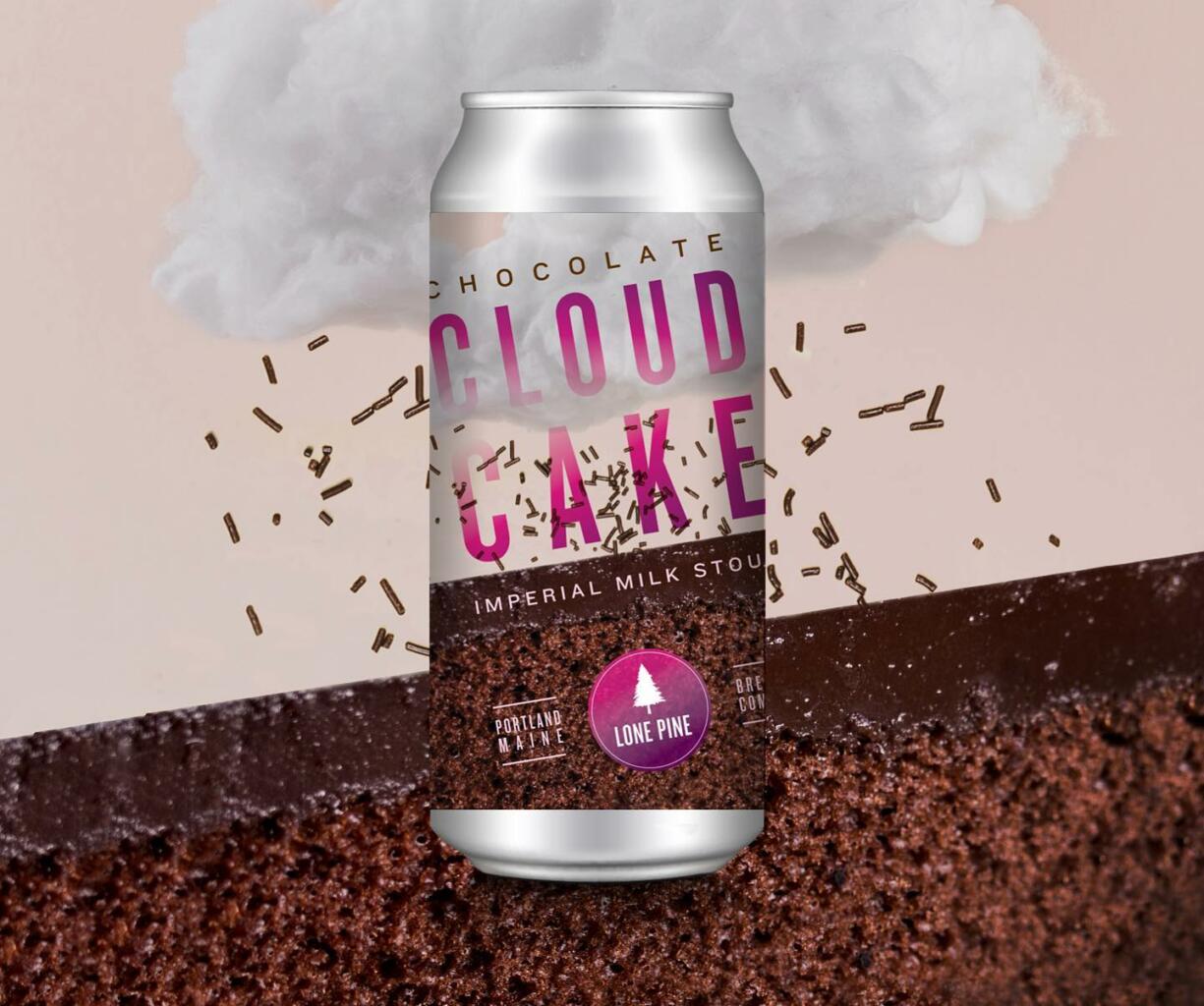 The sequel to Cloud Cake Milkshake Double IPA, Chocolate Cloud Cake pours a thick black/brown with a chocolatey-tan head. It invades the senses with aromas of sweet chocolate, vanilla, hazelnut, and brown sugar frosting. A rich, whipped frosting body is boosted by flavors of toffee and milk chocolate, driving home the overall lusciousness of this imperial milk stout. Definitely a big, round, beauty, clocking in at 8% ABV. 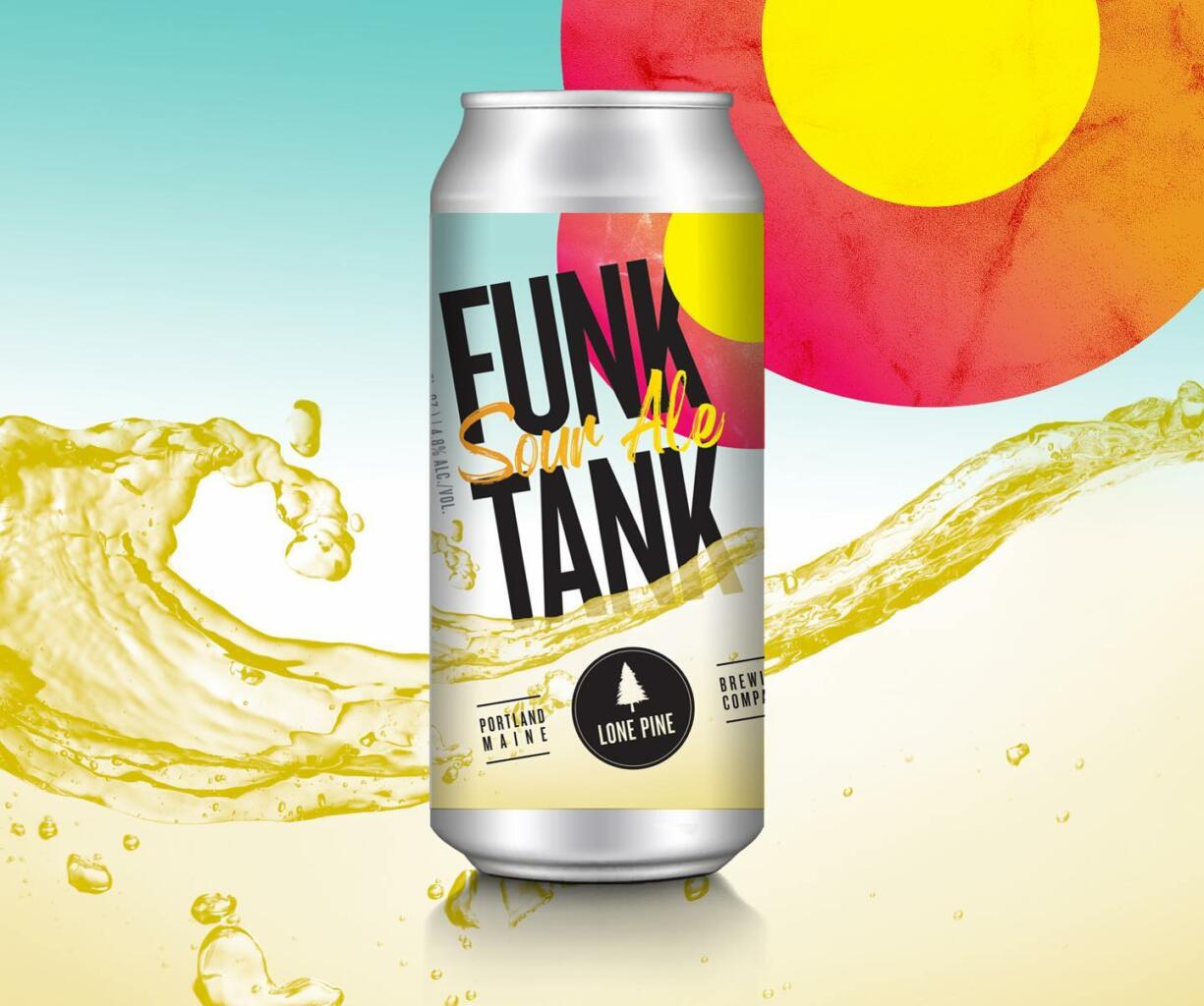 Pay for the whole seat, but you’ll only need the edge! Funk Tank is brewed to be light, quaffable, and as refreshing as an unexpected ice bath on a 90 degree day. Coriander and sweet lime peel drive the flavor profile of this clean, crisp, and delicately tart sour ale. Honeysuckle and orange citrus bring home the flavor profile with a slight salinity and a dry, quenching finish. It’s an easy drinker at 4.8% ABV. 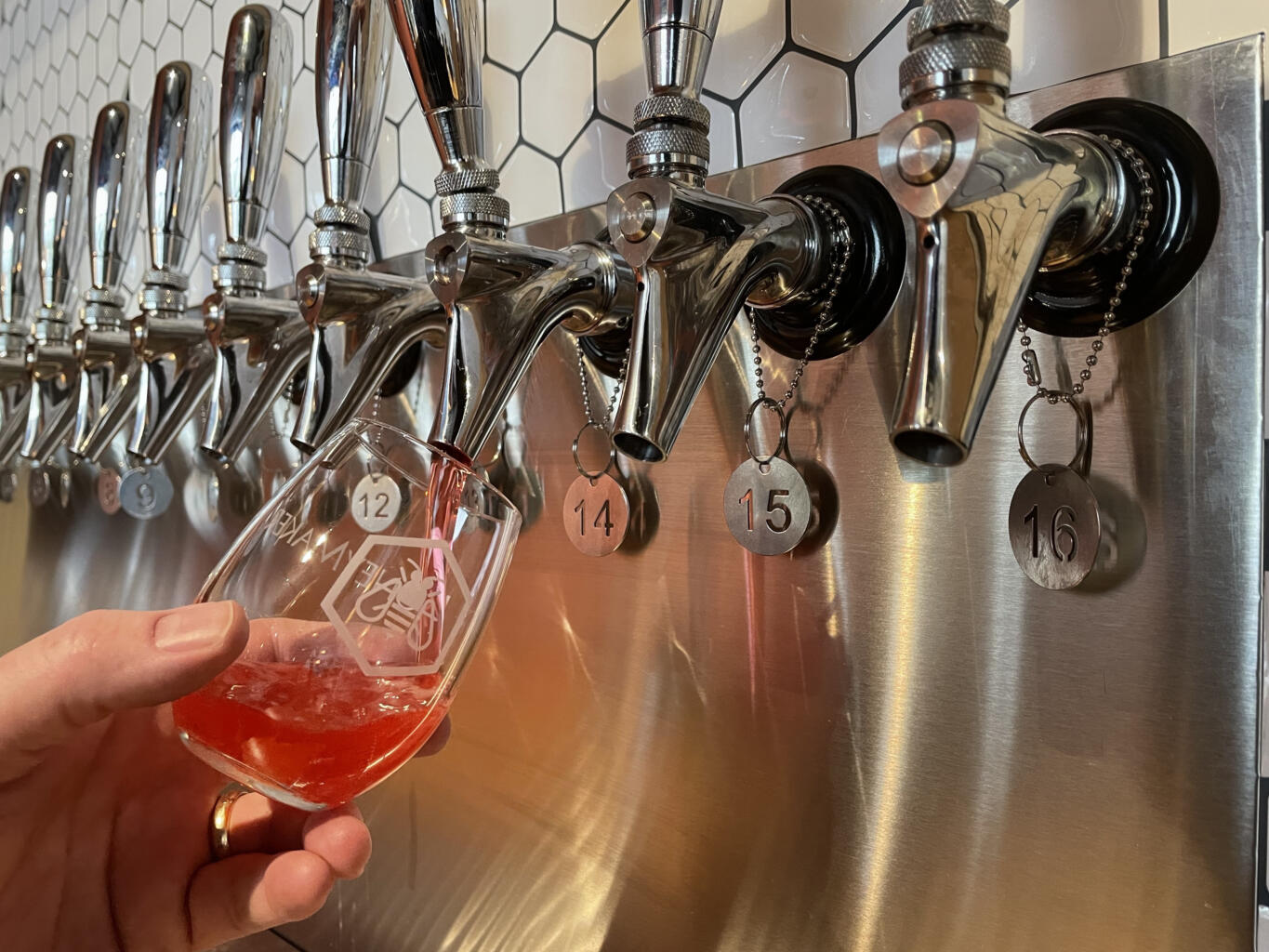 Blueberries and blackberries and cranberries, oh my! The mead makers are always experimenting with new flavor combinations, and Triple Berry is now available in the Maine Mead Works tasting room. 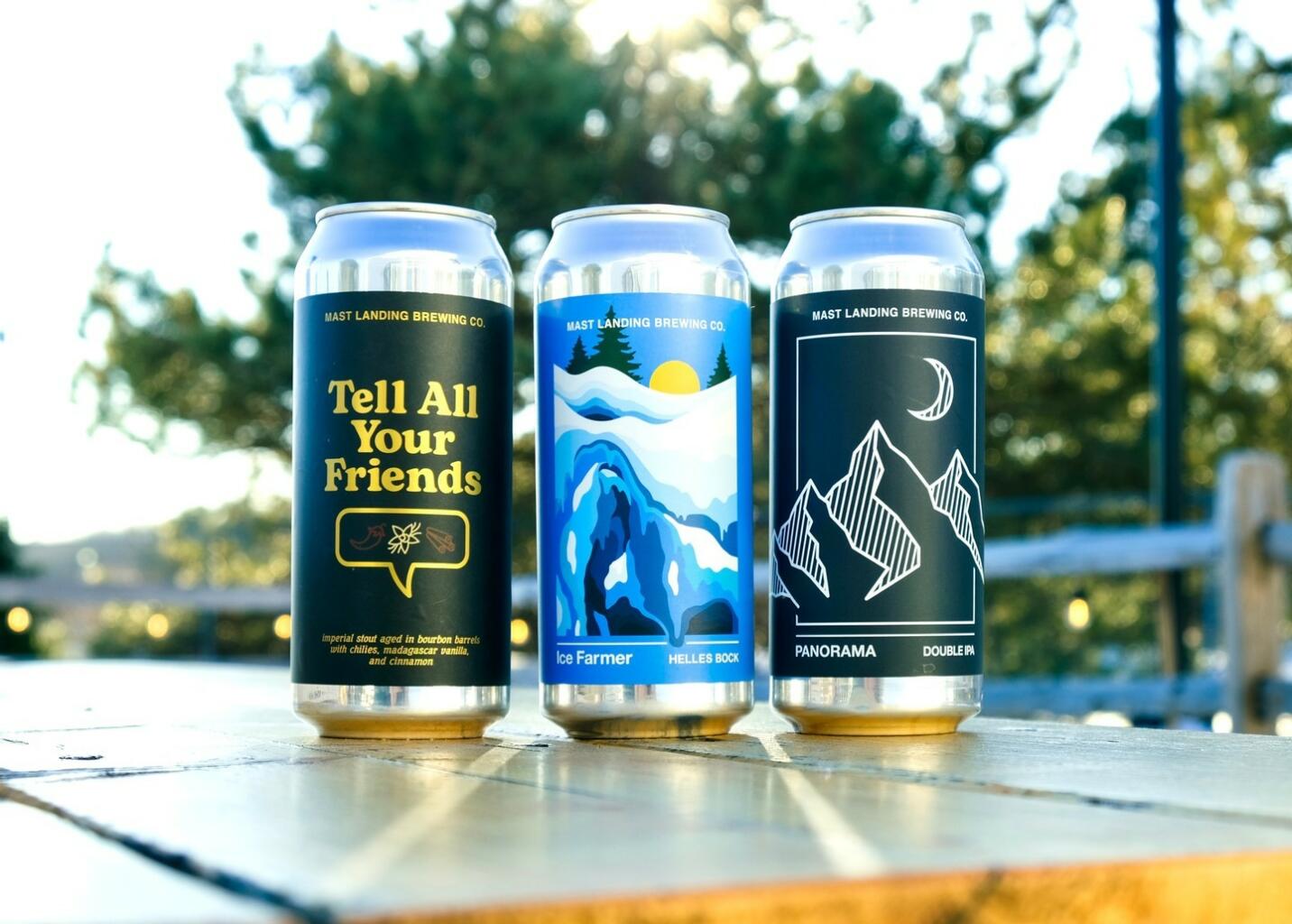 There’s no “I” in team, so call up some pals ‘cause this latest bourbon barrel-aged imperial stout was not meant to be kept a secret! Inspired by the delicious and decadent history of spiced cocoa drinks from Latin America, Tell All Your Friends features Puya and Ancho chili peppers, Madagascar vanilla beans, and cinnamon. The oak-laden journey this beer went on is evident in the complexity of the flavor profile, with a huge lineup of tasting notes (and none cut from the team). Approachable and unique at the same time, it’s the perfect beer to reminisce with an old friend over. 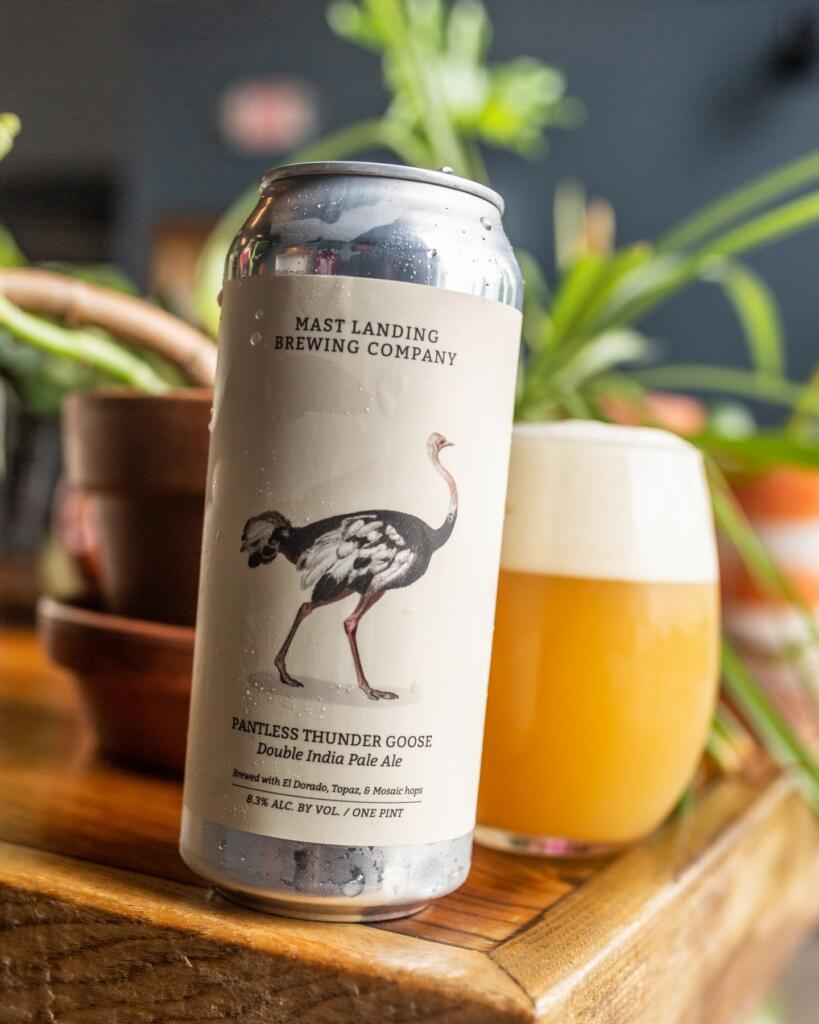 Making its first appearance in 2022, Pantless Thunder Goose is brewed with El Dorado, Topaz, and Mosaic hops. This bold, inviting character crops up from time to time to wow us with its punchy tropical flavors and juicy, full body. Look for soft notes of mango, peach, and other luscious fruits. 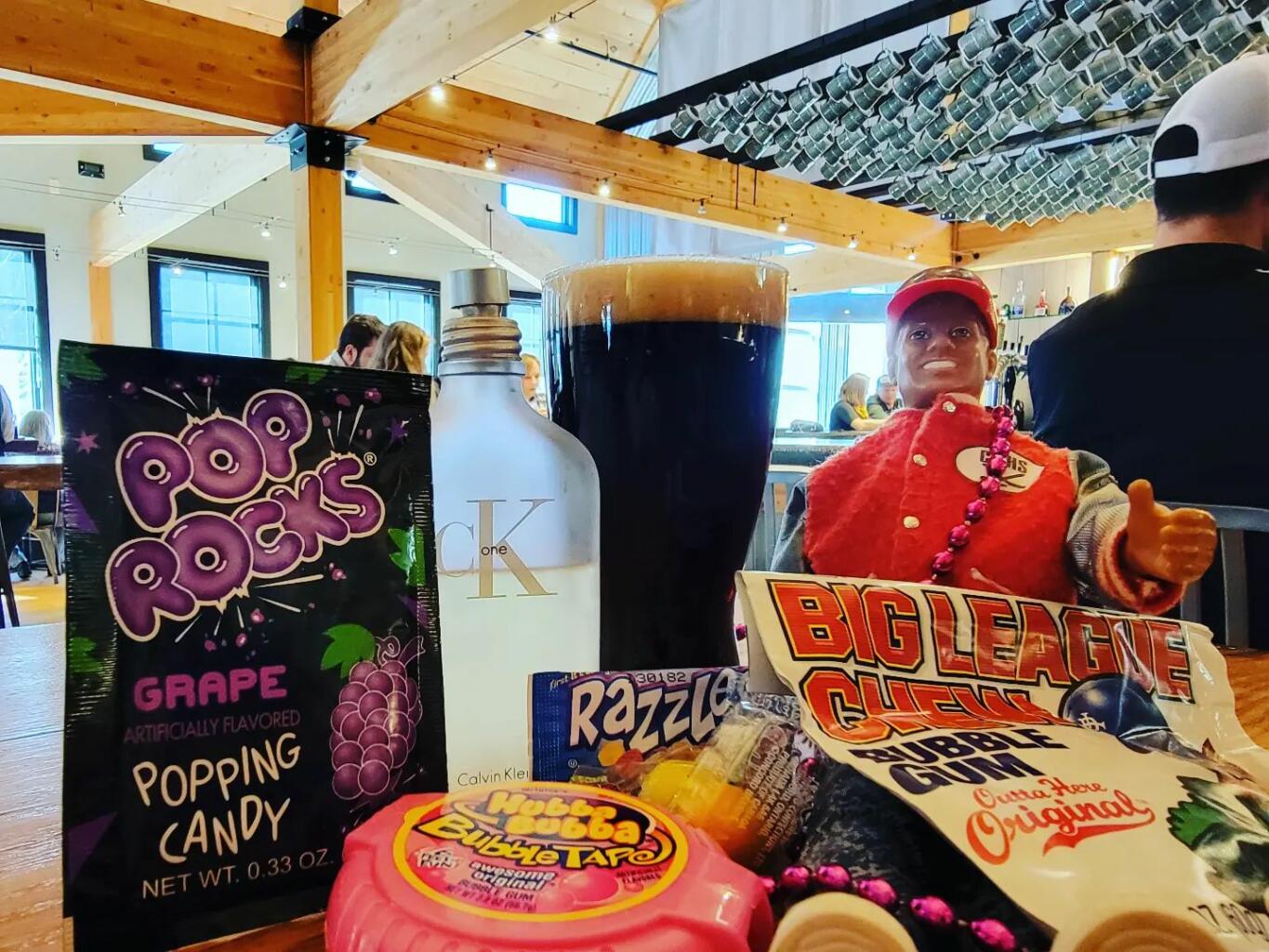 Remember that cool beer you had back in the 90’s? It’s back! This black IPA is exclusively hopped with the Pink Boots Society ’22 hop blend from Yakima Chief Hops. It has a decadent velvet mouthfeel with rich flavors of chocolate, melon, and roasted strawberries. To all the women in the brewing industry, cheers! 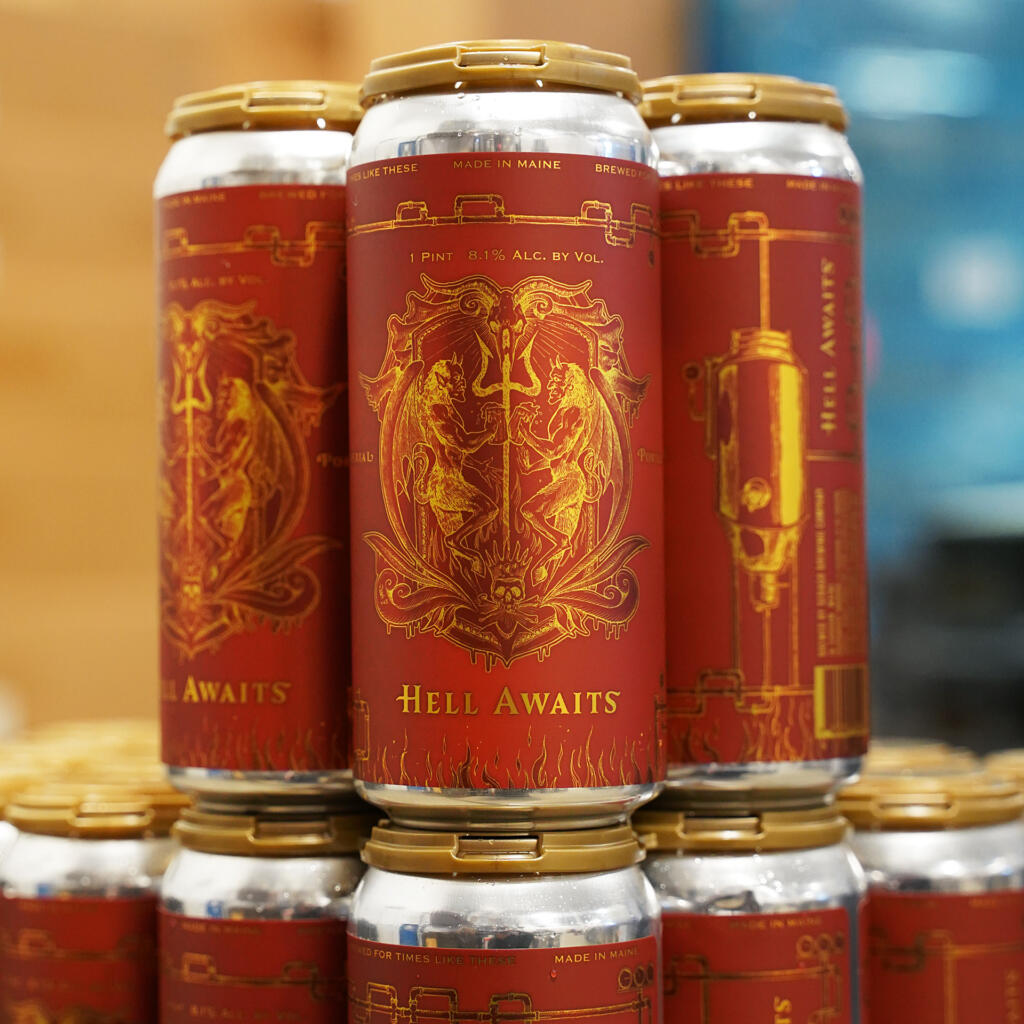 For the first time ever, Sebago Brewing’s imperial porter is available in cans. Hell Awaits was first brewed at the old brewery more than a decade ago. This release commemorates Sebago’s 666th batch on their current 40-barrel (small batch) brewhouse.

Hell Awaits is now available at the Tasting Room and brewpubs.

There’s a growing movement in Maine to promote inclusivity in the beer industry, and we are here for it!

Brewing Up Opportunity was created by a partnership between Maine Beer Co. and the University of Southern Maine.

The Other PBS: Pink Boots Society