It’s Mardi Gras! The conclusion of Winter Carnival, and historically, the last hoorah before Lent, for those of Christian faith. Everyone is invited to celebrate Fat Tuesday, March 1, by indulging in Cajun inspired menus, and events.

Did we miss you? Comment below or email [email protected] & we will add you to the list!

Bayou Kitchen – While Fat Tuesday is the most notable day of celebration, indulgence in cajun-inspired cuisine has no expiration date. If you are out and about looking to get your fix, check out Bayou Kitchen on Forest Ave. Please note, they are closed on Tuesdays.

Eaux X Cafe Louis – Have you been missing Eaux’s NOLA inspired fare? Us to! Join them Tuesday March 1 from 5-10pm as they partner with Café Louis for a Mardi Gras inspired pop up with gumbo, King Cake, and all the libations. Yum!

Iron Clad Eats at Good Fire Brewing – It’s an Ironclad oath that Iron Clad Eats will make an epic Portland return on Fat Tuesday. Join them at Good Fire brewing on March 1 where they’ll be serving up flavors inspired by the Big Easy.

HiFi Donuts – Did you know that Mardi Gras has meaning to various cultural groups? The Polish have a rich history of celebrating Paczki Day, also known as Mardi Gras or Fat Tuesday. Join HiFi Donuts to indulge in traditional paczki stuffed with strawberry jam.

Hot Suppa – Co-Owner Moses is no stranger to Mardi Gras celebrations. Share in the tokens of his travel that inspire the food and culture of Hot Suppa found decorating the restaurant. Portland’s Southern Kitchen and Bar will be open for Tuesday Brunch, 8am – 2pm serving up Shrimp and Andouille Quiche, cheddar grits, and spicy Bloody’s. 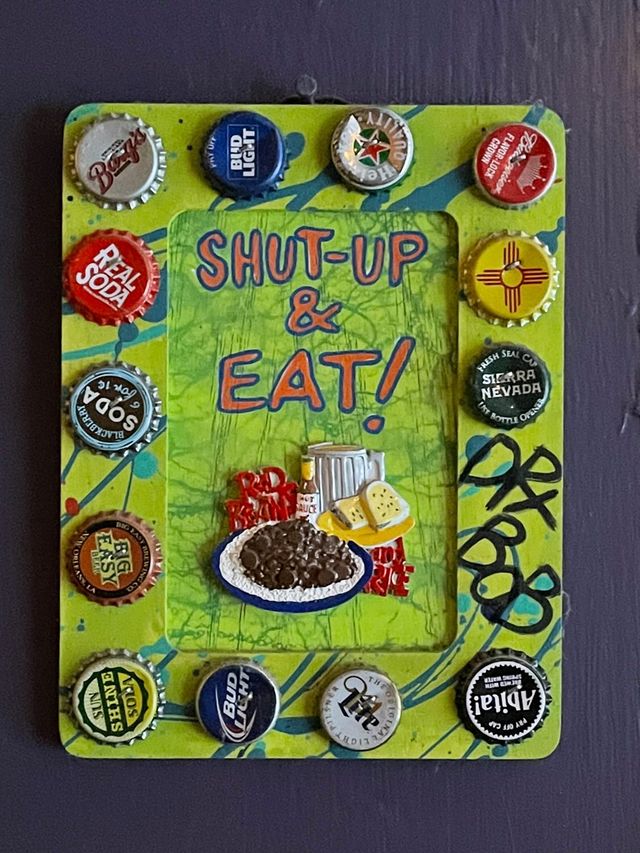 Dr. Bob Folk Art,  known for his creative use of bottle caps, his art also includes creatures from the bayou and the spirits and demons of the Crescent City.

Shaking Crab – Just outside of Portland, is South Portland’s very own Cajun Seafood House, the Shaking Crab. Open 11:30am – 10pm, their menu has a robust offering of seafood combos, complete with corn, potatoes, and sausage sides.

The Yard – The Yard is going all out to celebrate Fat Tuesday with featured drink specials, and a food menu that leaves no Mardi Gras indulgence behind. EVEN BETTER – if you find the baby in the King Cake, you could win two round trip tickets to NOLA! Head over to Hanover street on Tuesday March 1 from 4pm – 1am.

Two Fat Cats Bakery – Two Fat Cat’s is baking up Kings Cupcakes and other treats this year. If you missed the pre-order window, fret not, as they’ll have goodies in store on March 1 as well.