4th of July holiday celebrations have come and gone, but this summer’s events are just heating up! With this weekend being no exception, this weekend’s round-up of events include a fake restaurant, a porch concert, Tri for a Cure, and Shakespeare in the Park – to be or not to be at each of these events, that is the question! 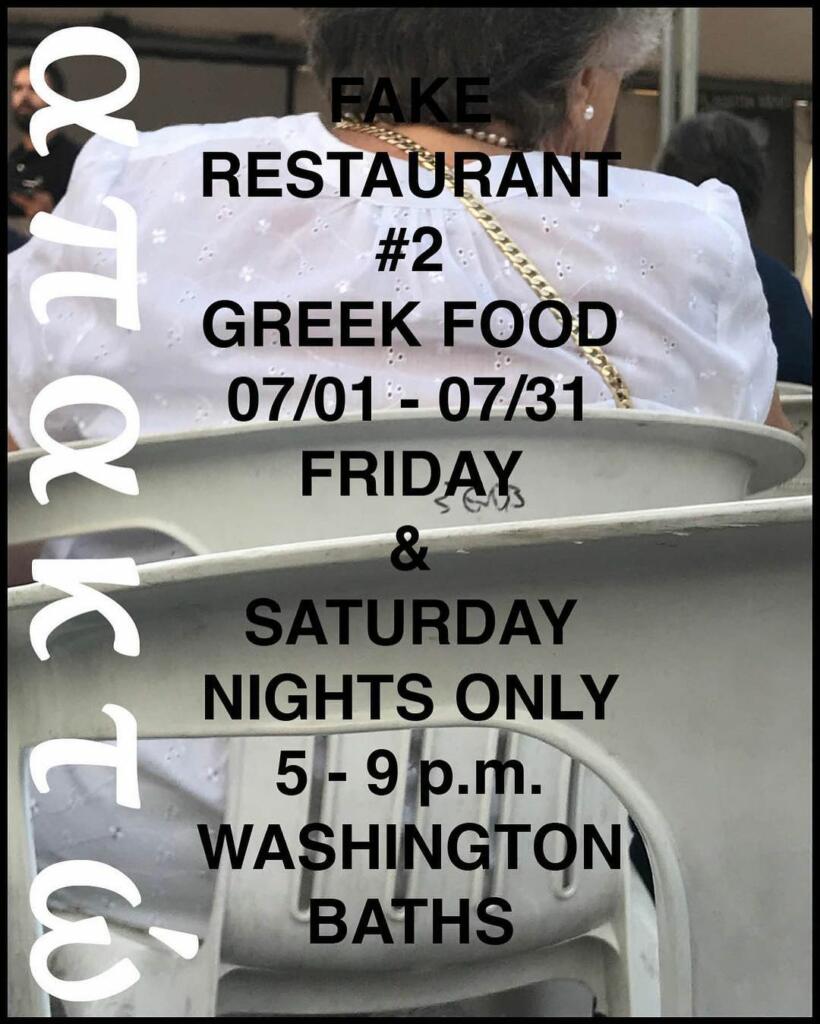 Washington Baths will be slinging traditional (and not-so-traditional) versions of Greek cuisine every Friday + Saturday in July at their Fake Restaruant #2! Menu is a la carte, and you can swing by for a kebab and an ouzo, or settle in for an evening of delicious food and a few rounds of backgammon at a table in the garden. 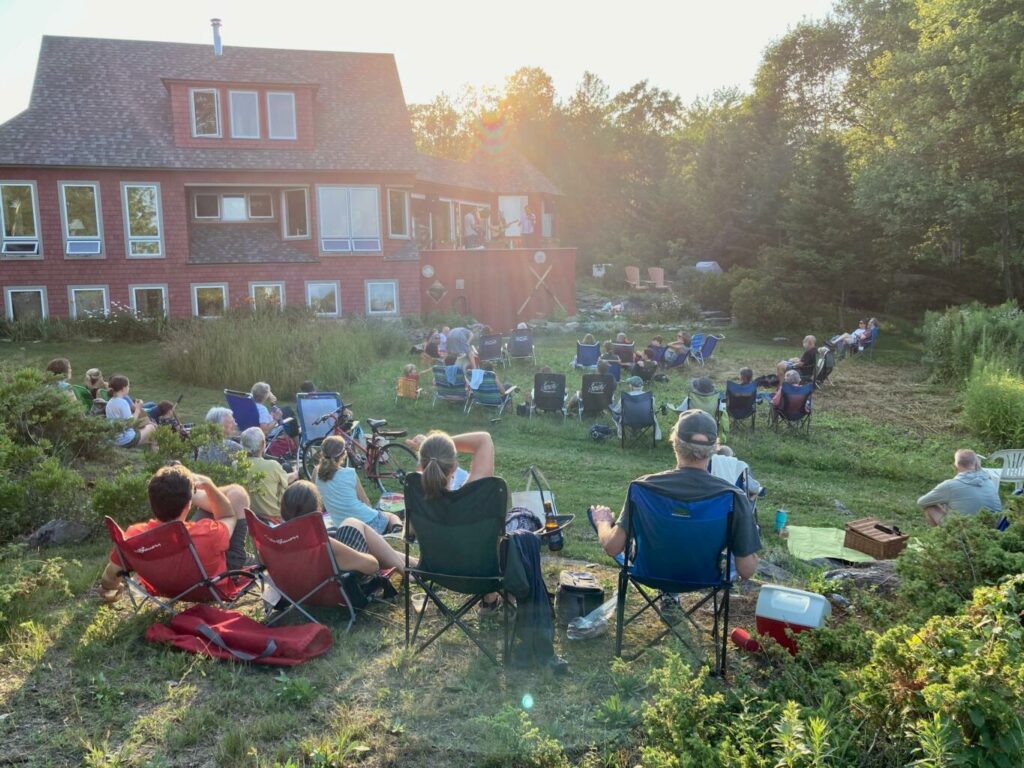 Come and hear two master players make some magic together on the Tiny Porch Stage on Peaks Island, Part of the Peaks Island House Concert Series.

Fiddler Lillian Sawyer  discovered her aptitude for fiddle playing at young age by attending bluegrass and roots music festivals. At Berklee College of Music, Lillian studied classical and Arabic violin from Simone Shaheen as well as jazz violin. She currently performs regularly with Rowdy Mountain and her own band, the Lillian Sawyer Band. Maddie Witler picked up the mandolin when she was 14 and fell in love with the instrument and bluegrass music. She attended the Berklee College of Music from 2010-2014. Over the years she has also performed with folks like Peter Rowan, Darol Anger, Michael Daves, Tony Trischka, Molly Tuttle, and she is currently touring full time with Della Mae.

The concert will be outdoors, on the grass! Bring a blanket or a chair. There is a suggested donation of $20, per guest, at the “door”. Free to folks over age 80 or under age 18. Walking or biking is encouraged. Parking is very limited. 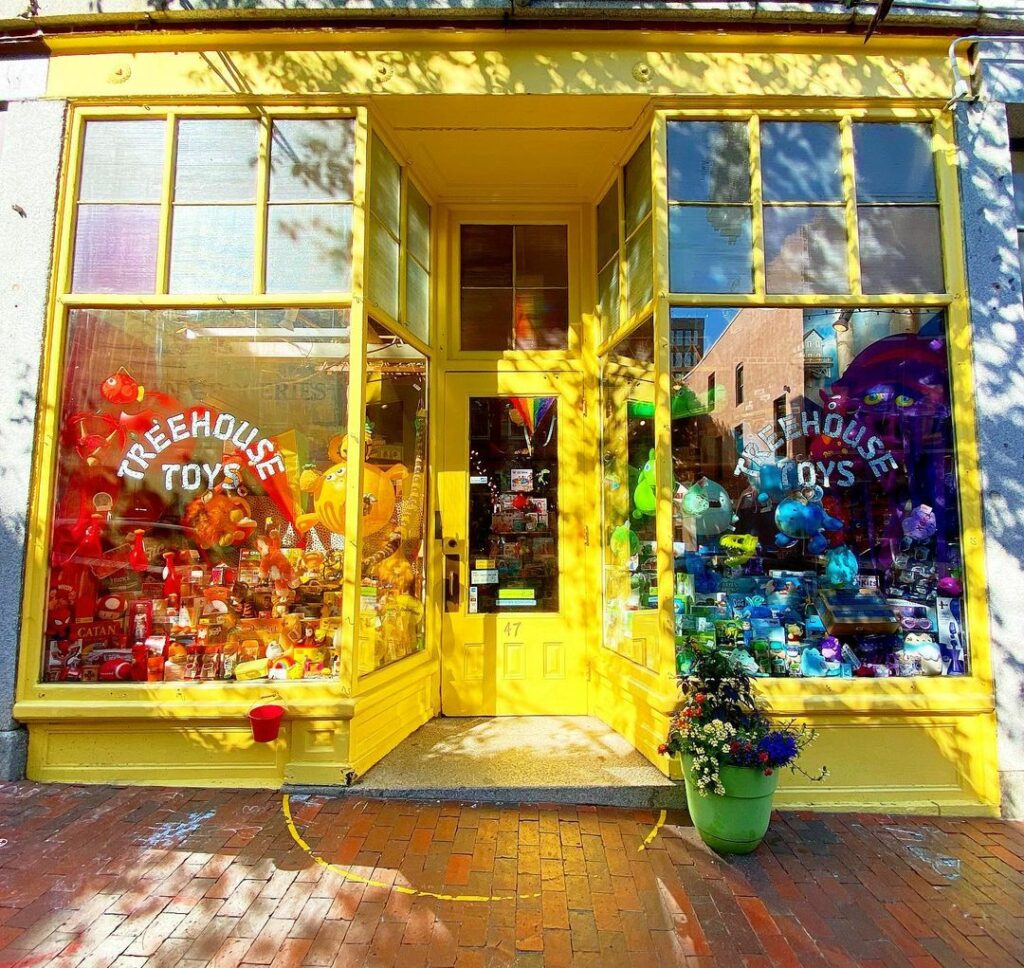 Where’s Waldo? In downtown Portland, of course! After a couple of years off, the famous children’s book character in the striped shirt is hanging around Portland again this year! He’ll be joining Treehouse Toys and other local downtown businesses for some hide-and-seek fun this July. Playing is easy, and free! Waldo figures will be hidden in local establishments around Portland’s downtown. Participants are close enough to one another that you can walk or ride your bike. Come by Treehouse Toys to grab a “Find Waldo Local” passport, and then visit the participating businesses to find Waldo. When you find him, get your passport stamped/signed at each stop. Plus – prizes! 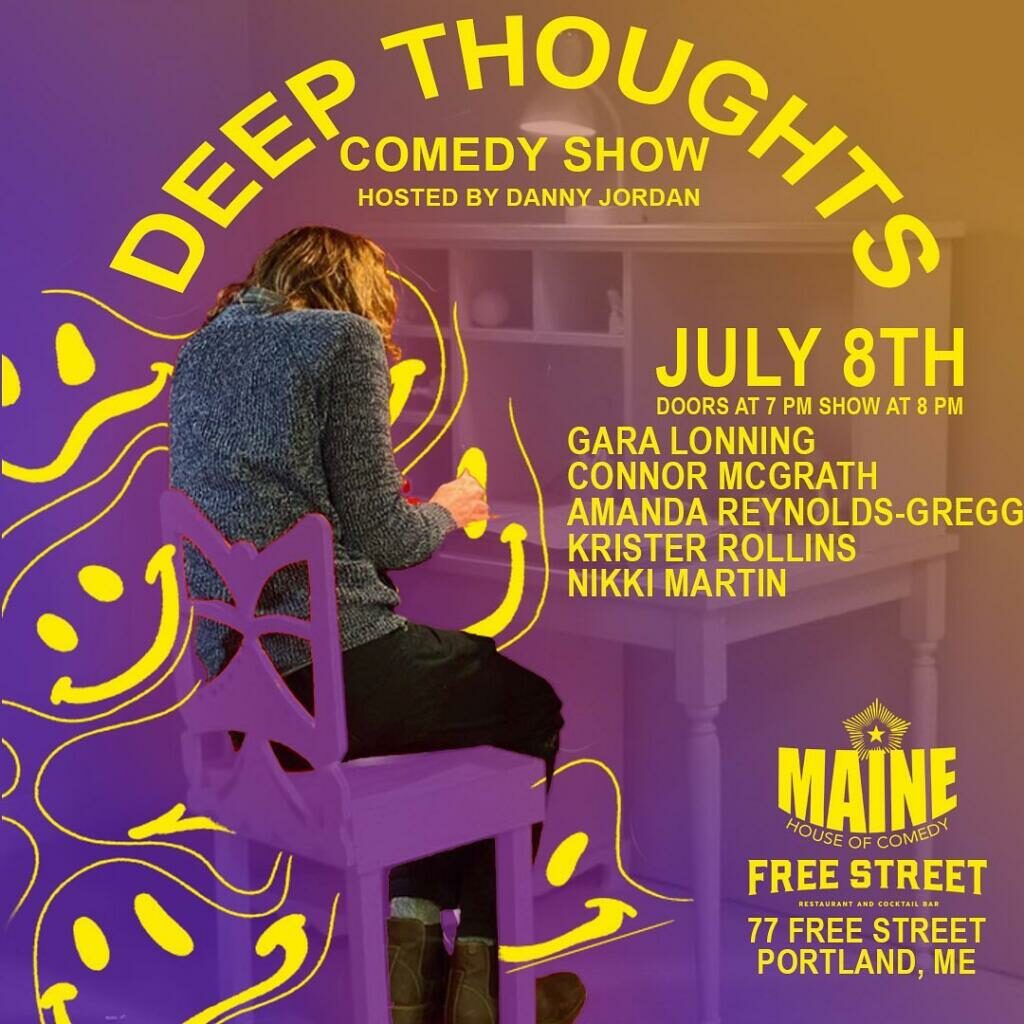 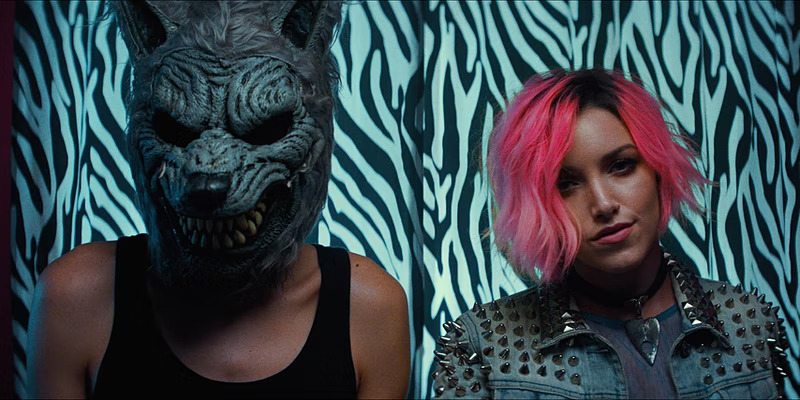 Columbus Ohio underground music and podcast lo-fi comedy-thriller! Wallflower Lennon Gates (Sylvie Mix) yearns for access to the inner sanctum of the underground music scene in Columbus, Ohio. When she creates a podcast to interview the local artists she adores, Lennon discovers her own musical ambitions, develops a fast friendship with the striking, confident performer Bobbi Kitten, and in the process creates an identity not wholly her own. Soon, Lennon’s aspirations, with some constructive coaxing from Bobbi to find her voice, lead her down a path of dark obsession. Tickets here.

Fenix Theatre Company invites you to Deering Oaks Park for a thrilling production of The Tempest by William Shakespeare, directed by Stacey Koloski. One of Shakespeare’s finest (and final) plays, The Tempest is a story of betrayal, revenge and redemption. This summer, the Park will be transformed into the remote island where Prospero – the former Duke of Milan – was shipwrecked with his young daughter after being overthrown and exiled by his own brother. After 12 years, and with the help of a mischievous island sprite, Prospero uses magic and manipulation to exact revenge and reclaim his Dukedom. 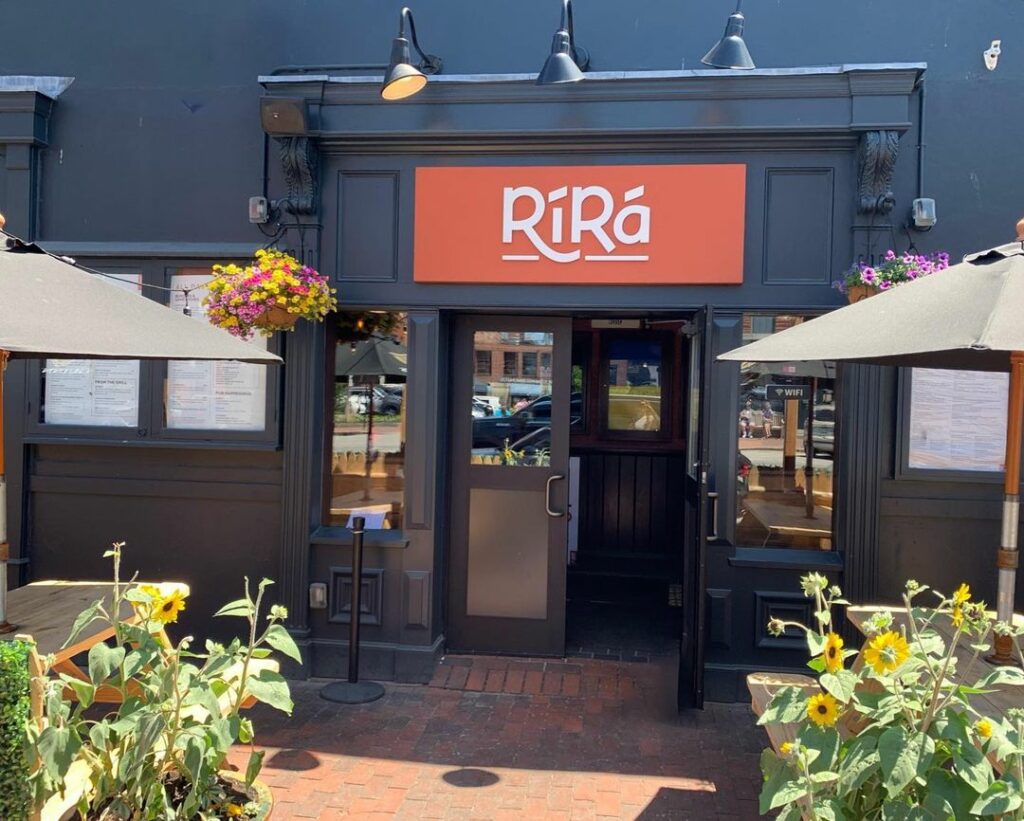 Kick-ass, high energy rock and roll from the 70’s to now, The Pop Rocks play music for all occasions. They will be playing at Ri Ra Friday night! 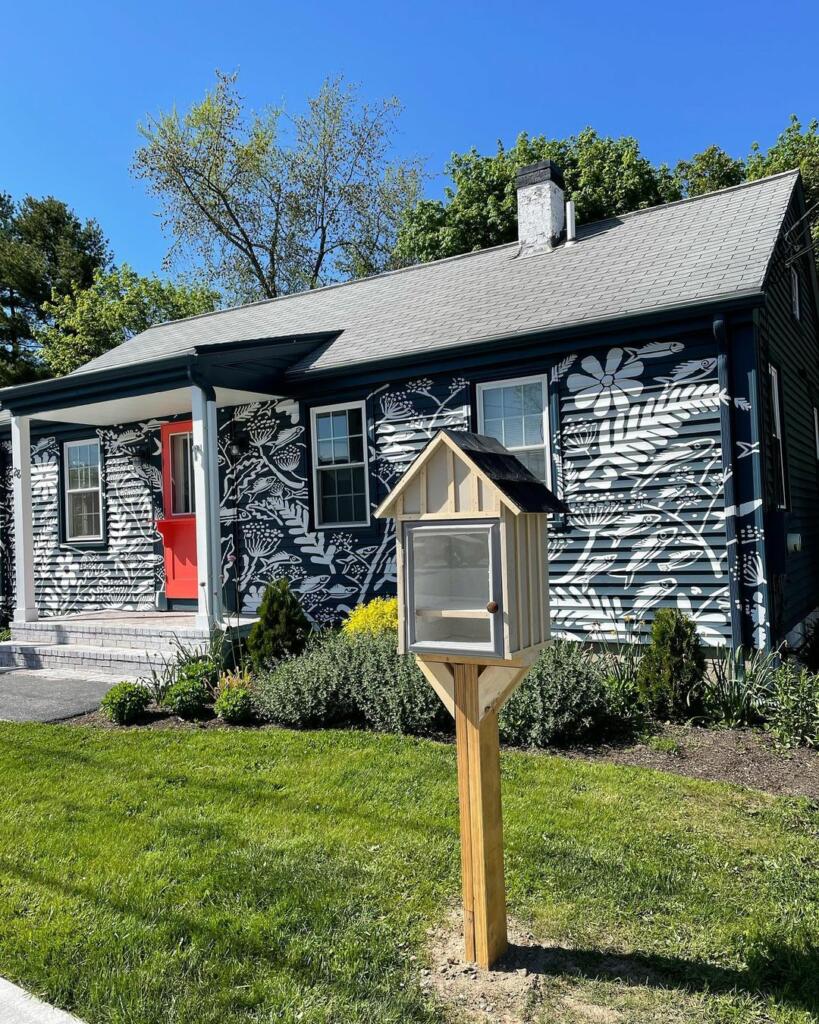 Coveside Market returns! So many awesome vendors, delicious food from Quanto Basta and Crepe Elizabeth and a kids art activity from their friends Love Lab Studio. You won’t want to miss this outdoor shopping experience at Coveside Coffee. 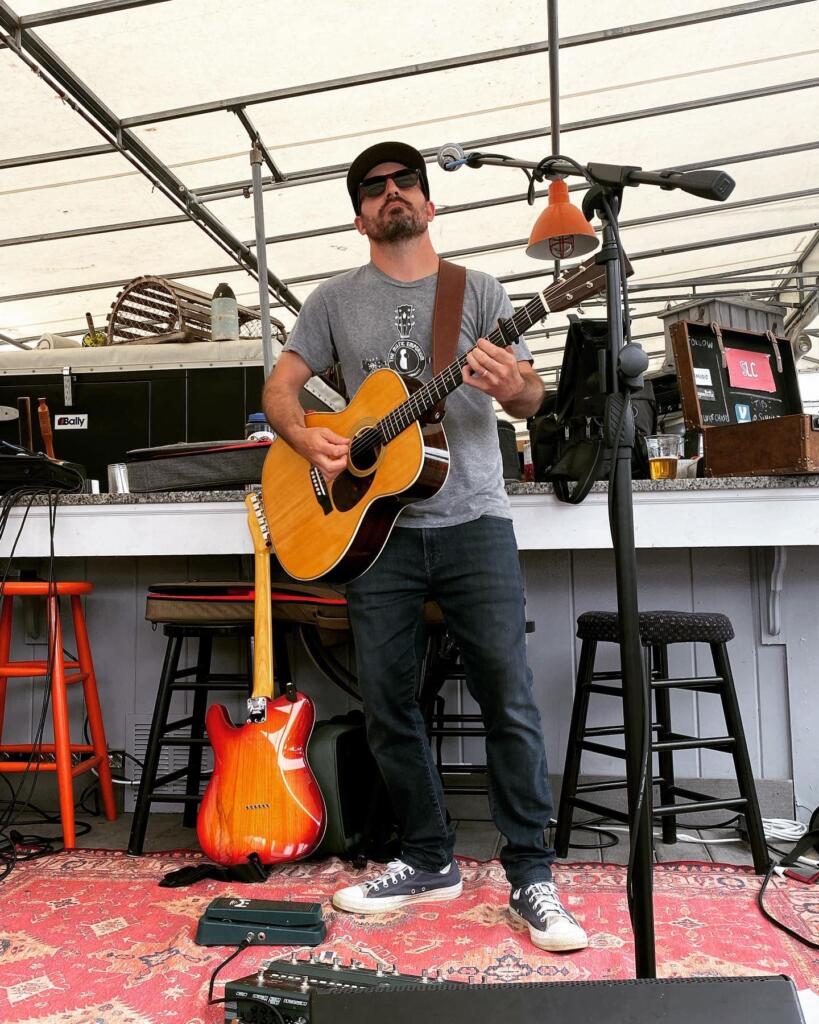 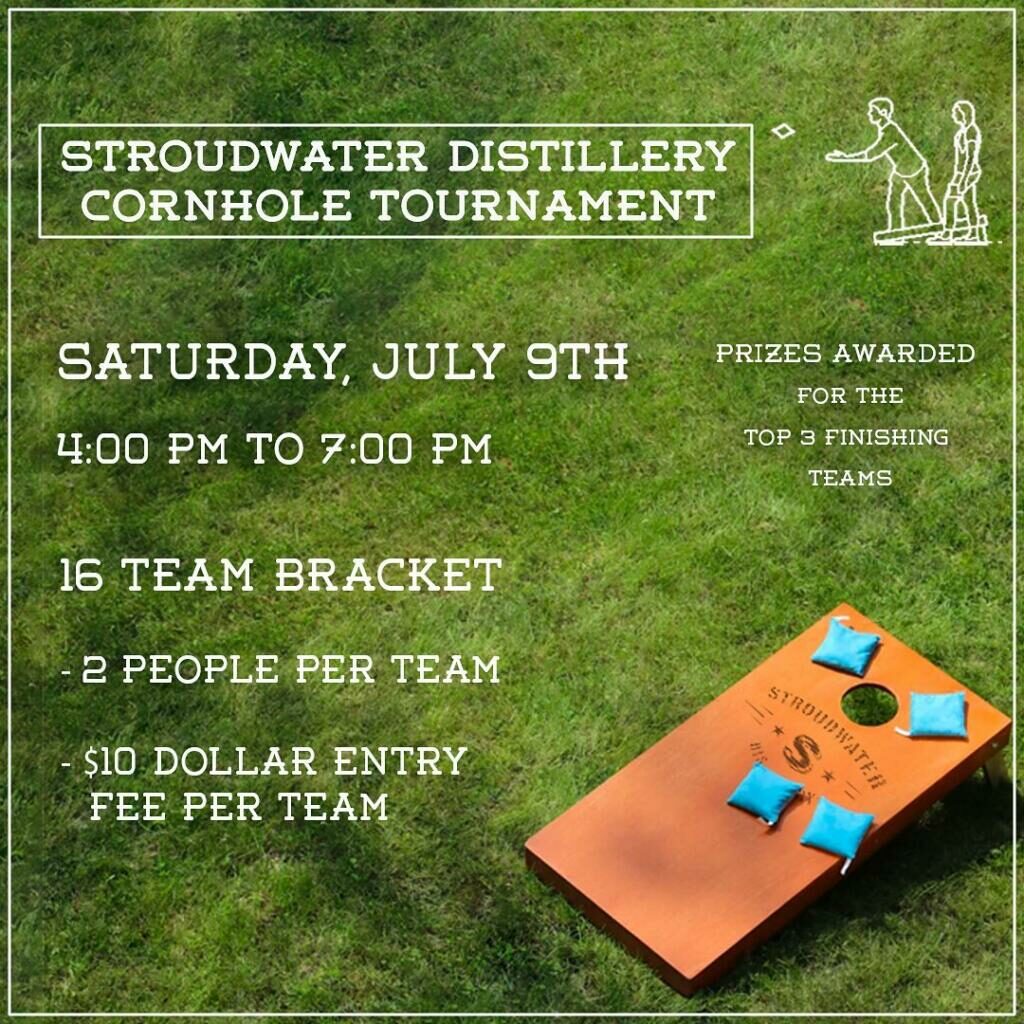 Head down to the tasting room for a day of friendly competition, cocktails and summer weather! No experience necessary, $10 entry fee for teams of 2 with a 16 team bracket. Prizes for the top 3 finishing teams. Register here. 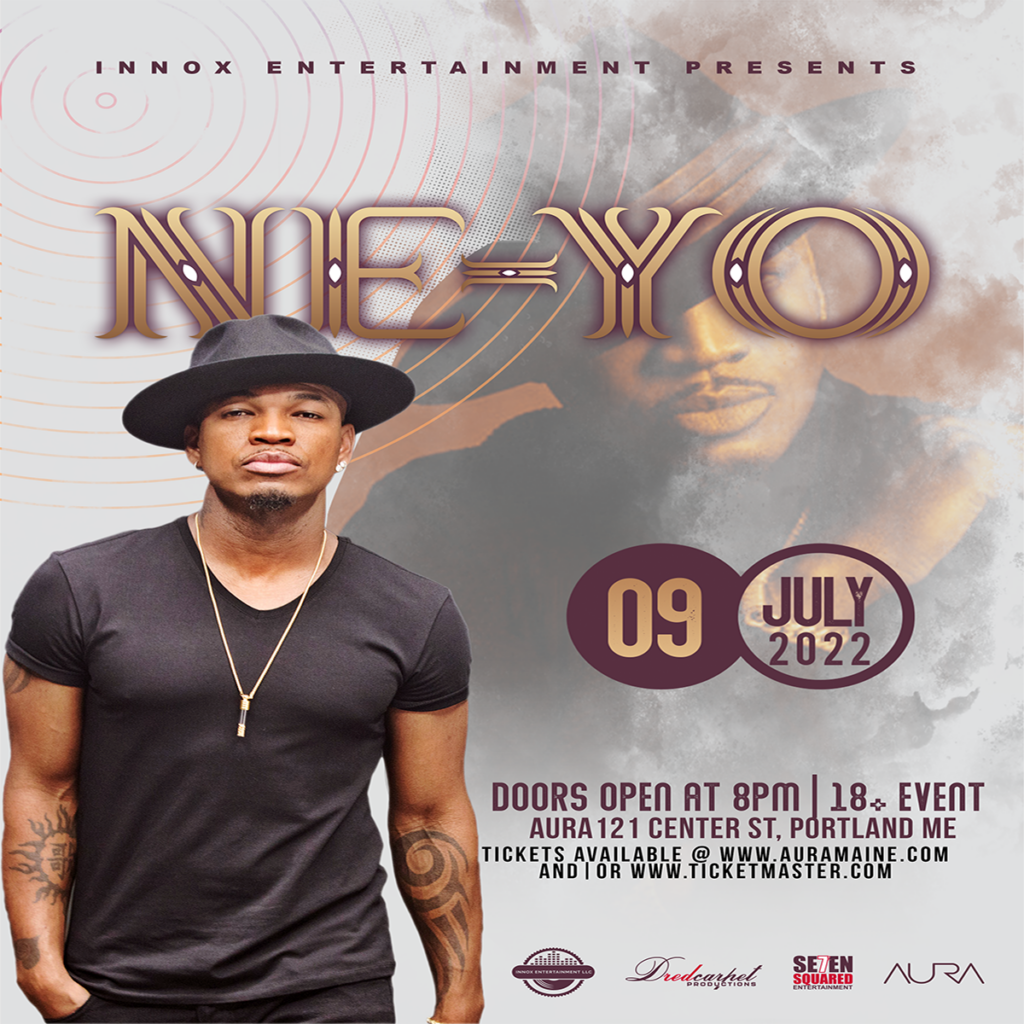 One of the most acclaimed R&B artists of the 2000s, Ne-Yo entered the mainstream with hits such as “So Sick”, “Because of You”, “Miss Independent”, and more! Put on your low rise jeans and grab your flip phone, because the early 2000s are coming to Portland and they are bringing Ne-Yo. Tickets here. 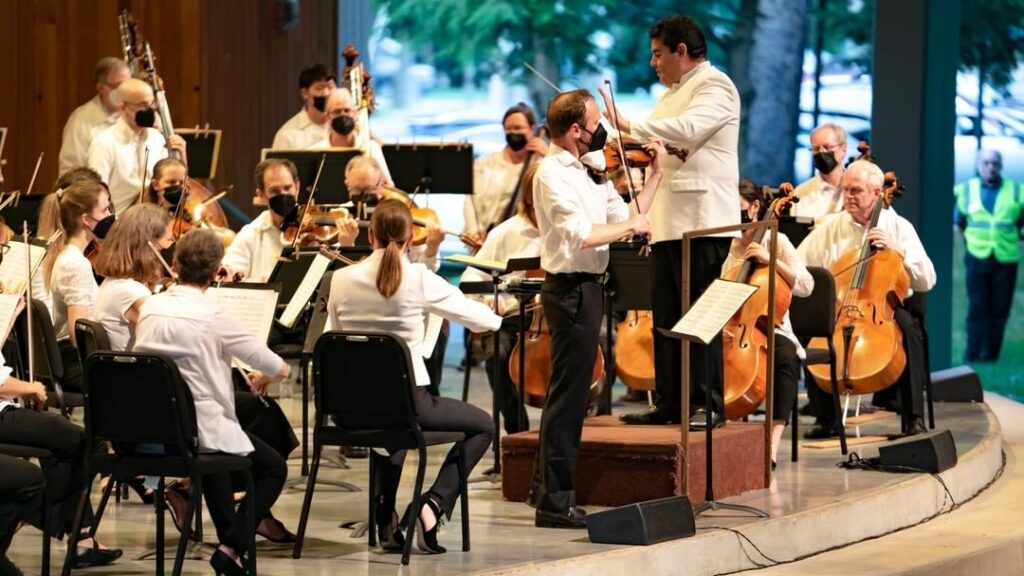 Travel to a galaxy far, far away with your Portland Symphony Orchestra! Experience the epic score of one of the most iconic film franchises of all time in this summer concert perfect for the whole family! Don’t miss The Music of Star Wars! Tickets here.

**Luck you! We had some some confusion in the event location on this one, so here’s an event in Old Orchard Beach for the weekend! 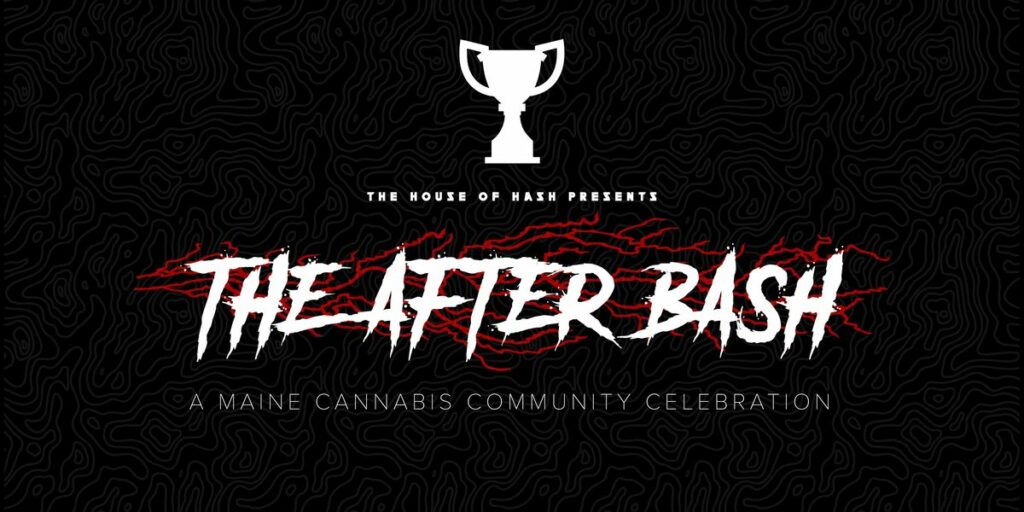 The After Bash brings together craft beer and the cannabis community to celebrate the winner of The Hash Bash 2, Maine’s premier solventless concentrate competition where 30 of Maine’s top cultivators and processors competing for the grand prize of $10,000! There will be music, food trucks (Disco Jalisco, Great Waves Sushi, and PB&ME), games (cornhole tournament!), and more all while celebrating Maine’s new Hash Champion. This is a rain or shine event, 21+ and no children or pets! Tickets here. 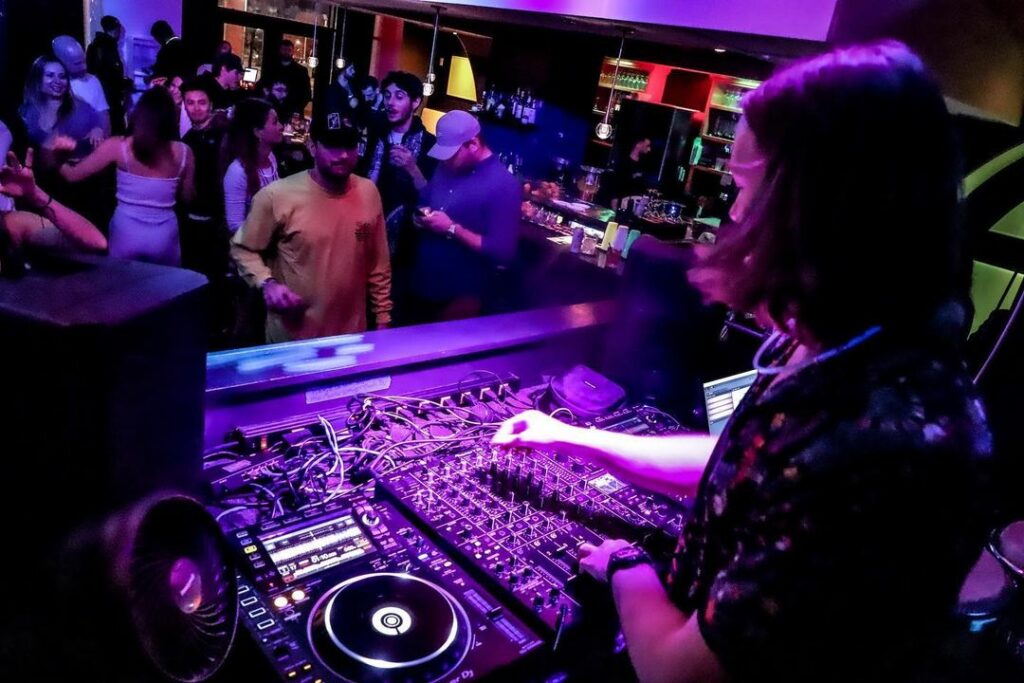 Tri for a Cure | Southern Maine Community College | 7:30 AM

Each year, over 1,300 women gather in South Portland to swim, bike and run in Maine Cancer Foundation’s Tri for a Cure – Maine’s only all-women’s triathlon. Thanks to the efforts of thousands of supporters, the Tri for a Cure has raised more than $18 million for Maine Cancer Foundation, every dollar of which has been reinvested into Maine communities for cancer prevention, early detection, and access to care. 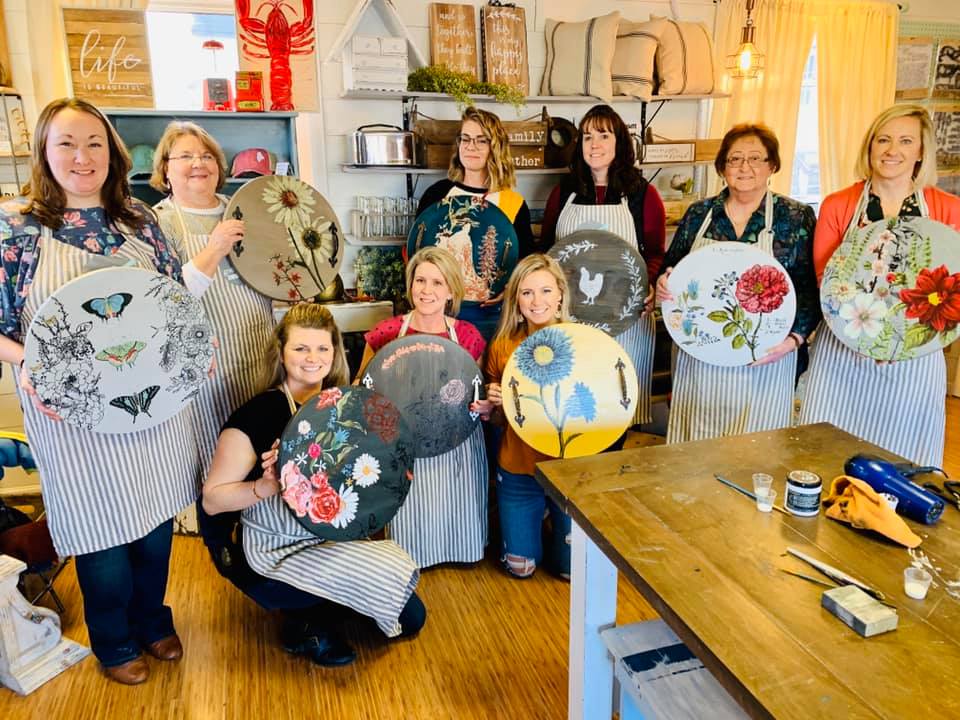 Join the crew at Gooeygump Designs as they make stunning wooden charcuterie boards with DIY Paint and IOD Stencils and Transfers. Easy process, but the possibilities are endless! Of course you are welcome to shop around before/after and during dry times, and feel free to BYOB. Tickets here. 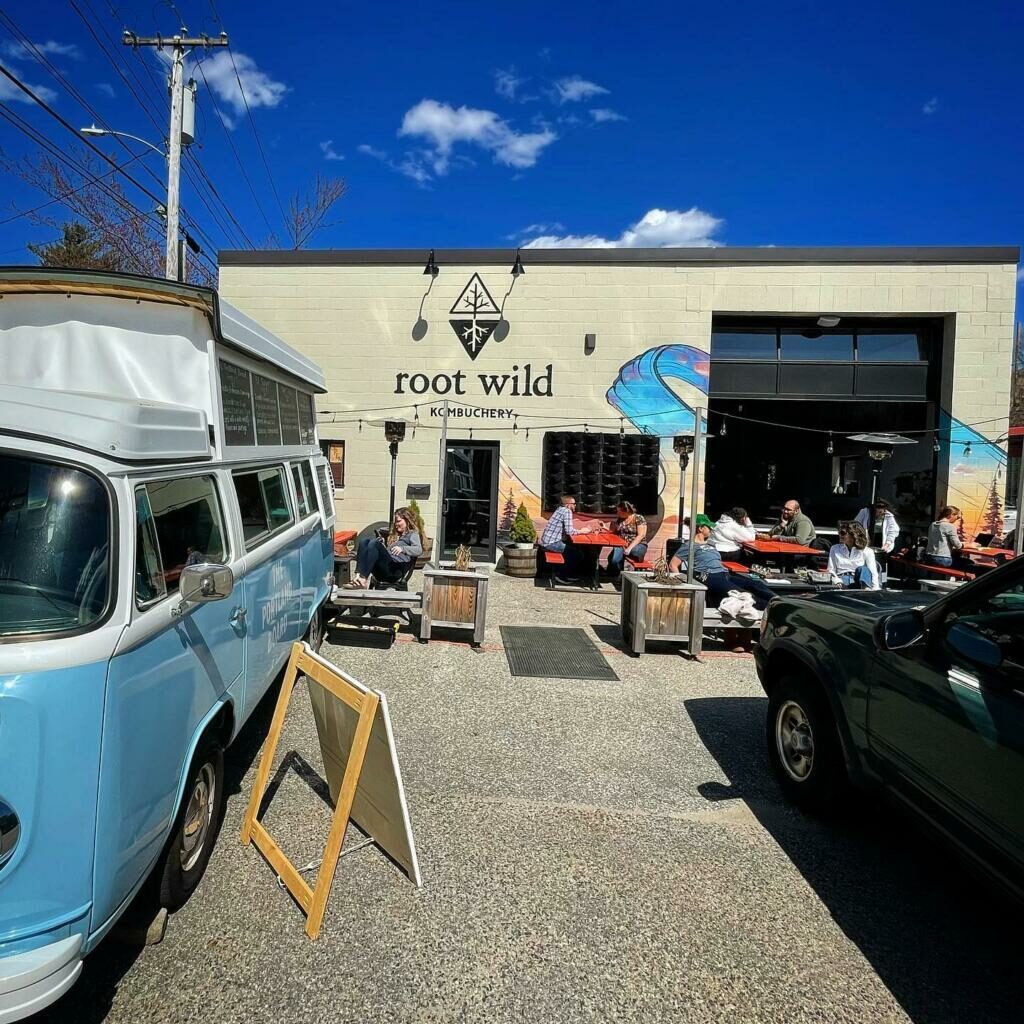 The show before the show! Catch acoustic Dead classics with Pete Marston, Todd Ketcham and Sam Mitchell as they perform at Root Wild Kombucha. 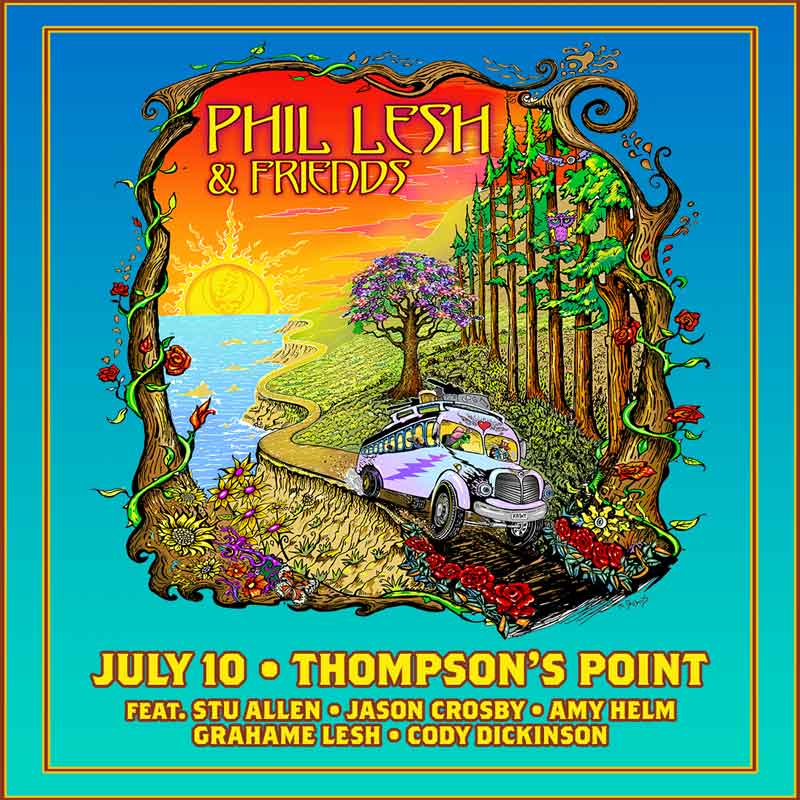 Famed for his three-decade stint as the bassist with the Grateful Dead, Phil Lesh become a fan favorite as much for his distinctive bass playing as for his single-minded devotion to the Dead’s music (no long-term side projects) and custodianship of their recorded archives, overseeing the quality of each legitimate live release. Lesh hit the road in 1999 as headliner, issuing his solo debut, Love Will See You Through, in the autumn. The live album was a success, so after extensive touring he settled back into the studio for his first studio-recorded album since his days in the Dead. The results, There and Back Again, was released in the spring of 2002. Lesh has since toured as Phil Lesh & Friends. Tickets here. 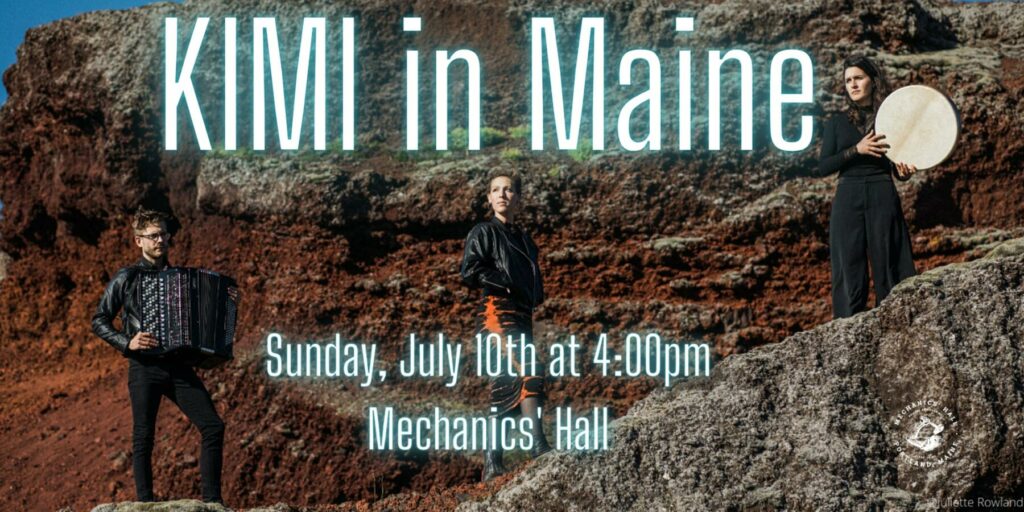 KIMI is a Copenhagen based trio with Greek percussionist Katerina Anagnostidou, Icelandic accordionist Jónas Ásgeirsson and Icelandic soprano Þórgunnur Anna Örnólfsdóttir. KIMI performs new music written for their exciting and unique instrumentation, as well as composing folk-inspired original works, mostly based on melodies from their native countries Iceland and Greece. They have collaborated with numerous composers from across the world, and this year they will be bringing a brand new program to Maine as part of their U.S. debut. Tickets here.