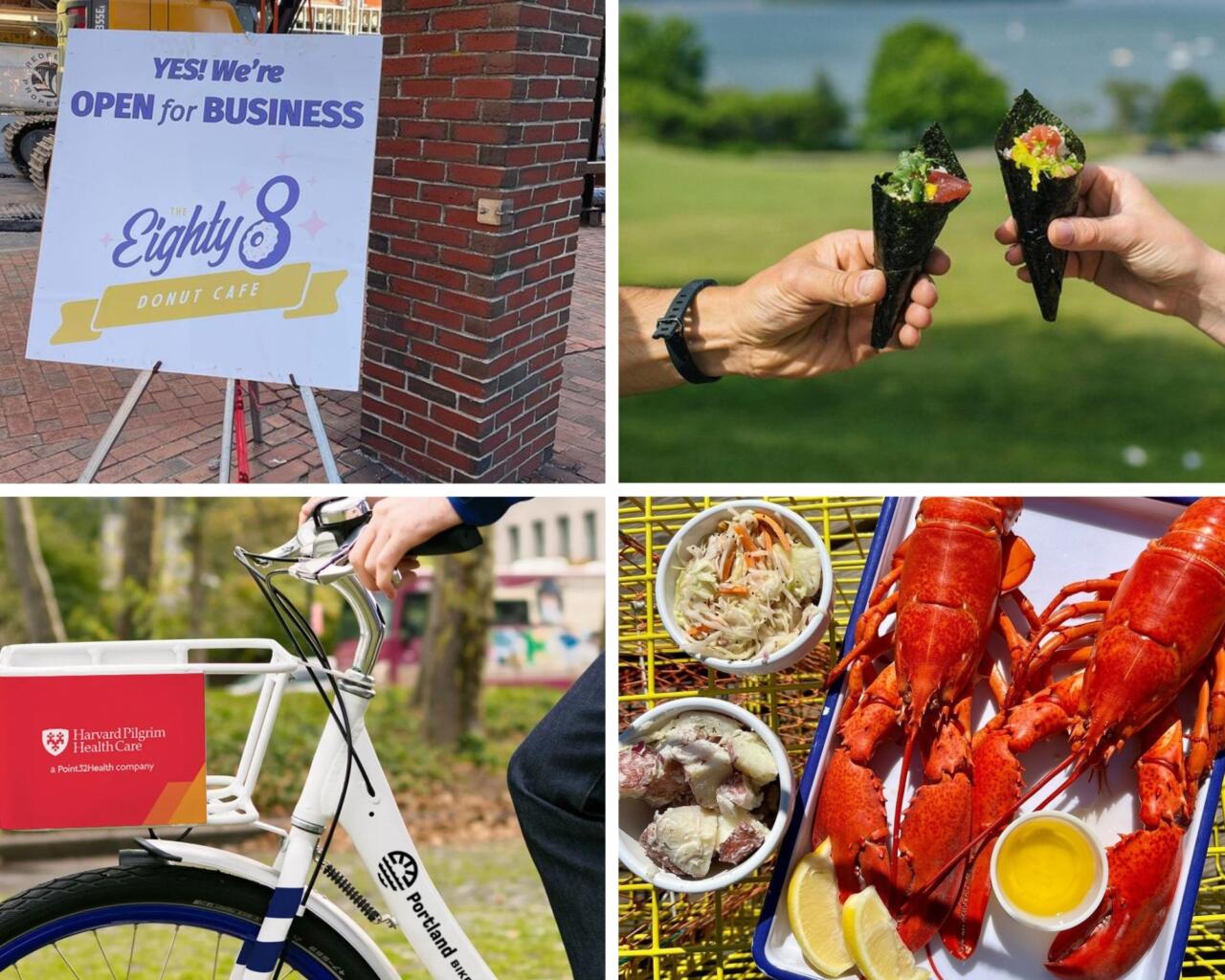 In the blink of an eye, another year has gone by – and what a year it has been! 2022 has been a tremendous year for Portland, Maine. Our city continues to see remarkable growth and experiences all of the wonder, and sometimes growing pains, that come with a city on the rise.

With 2023 on the horizon, Portland Old Port has compiled a list of some of the biggest headlines in Portland this year.

What was the biggest story for you in 2022? DM or email us to let us know! 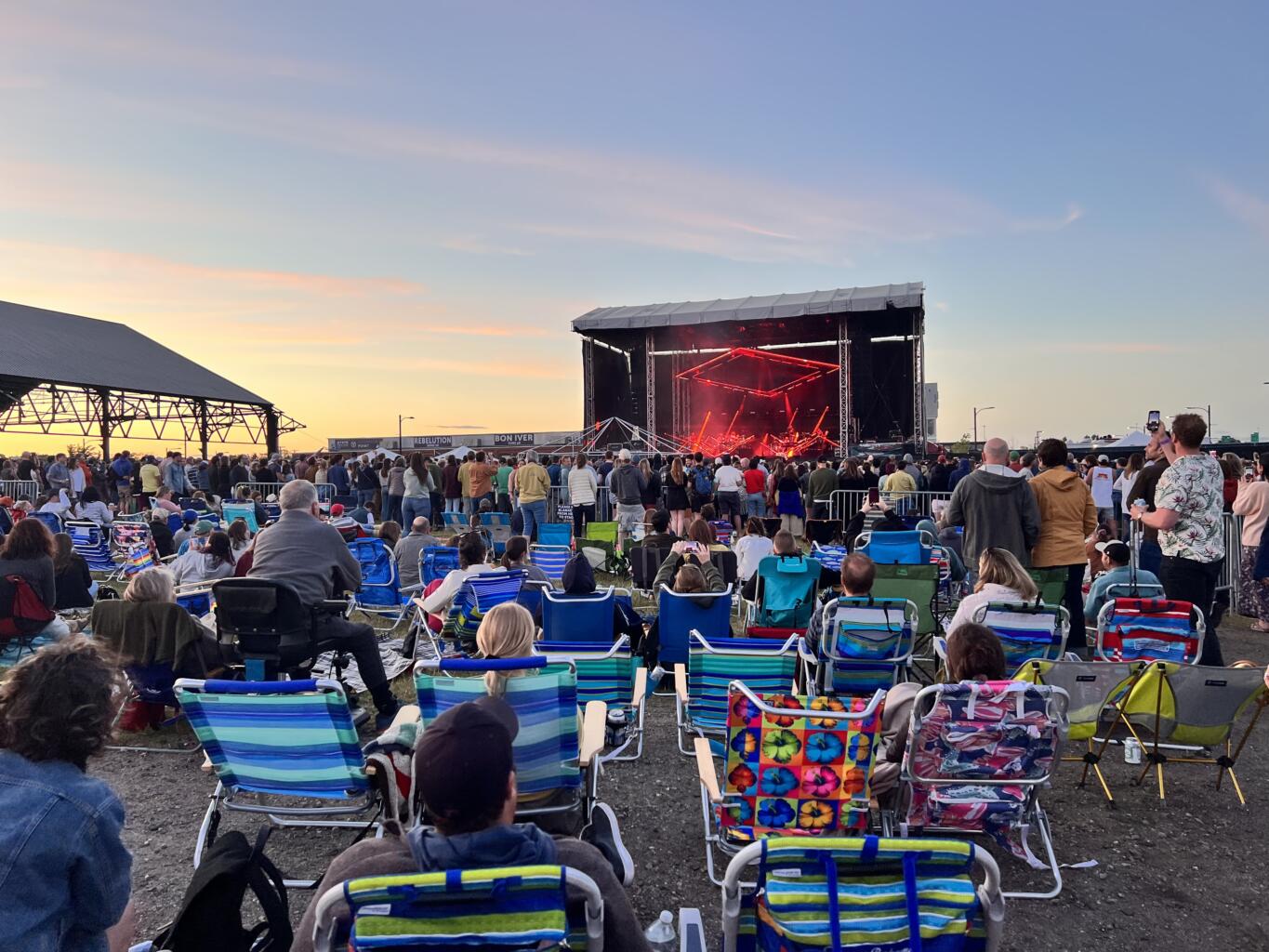 2022 might be best described as the comeback year. It was the first full year of life with vaccines and boosters for COVID-19. Pandemic restrictions subsided as Mainers and tourists flocked to Portland’s varied dining and entertainment establishments.

Prices continued to rise on everything from gas to bread to beer. Businesses felt the impact of construction projects at 201 Federal Street and the intersection of High and Congress Street at Congress Square. Road closures, detours, and load noise proved challenging for restaurants and shops dependent upon foot traffic near these locations. Still, owners and managers found creative solutions to innovate and keep business churning.

George Parr, a fishmonger who supplied seafood to some of the Portland area’s most prestigious restaurants, died of pancreatic cancer in December.

Top News in the Portland Food and Beverage Scene in 2022 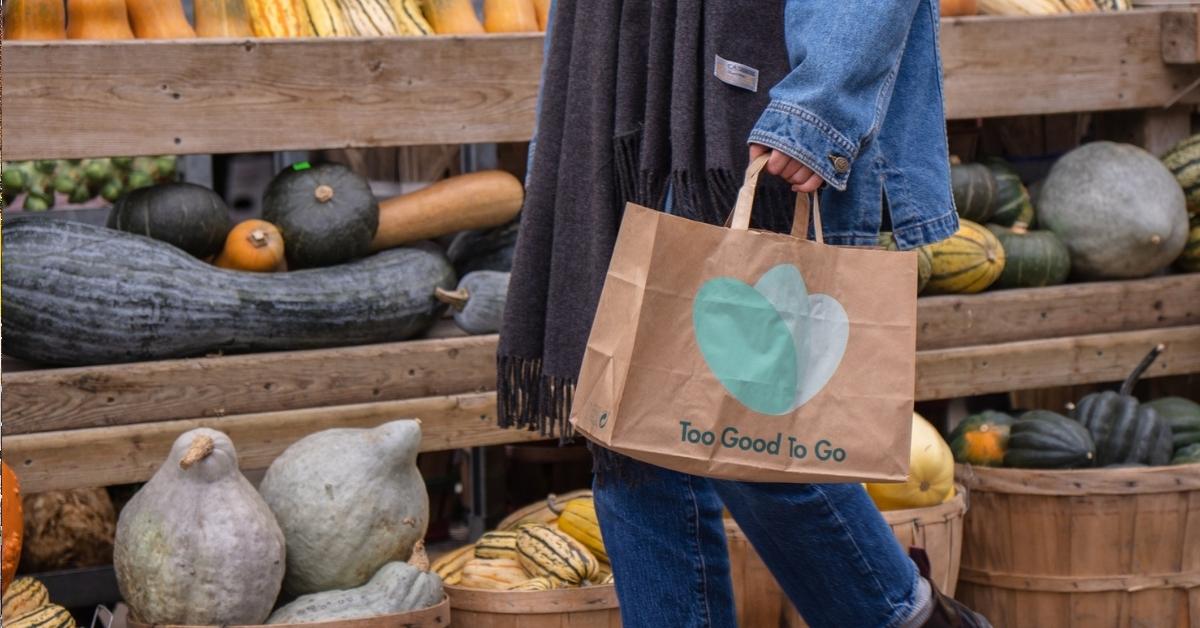 Image Courtesy of Too Good To Go

February | Too Good To Go, an anti-waste food app, launched in Portland to connect buyers with surplus and discounted food from bakeries, restaurants, markets, and hotels. 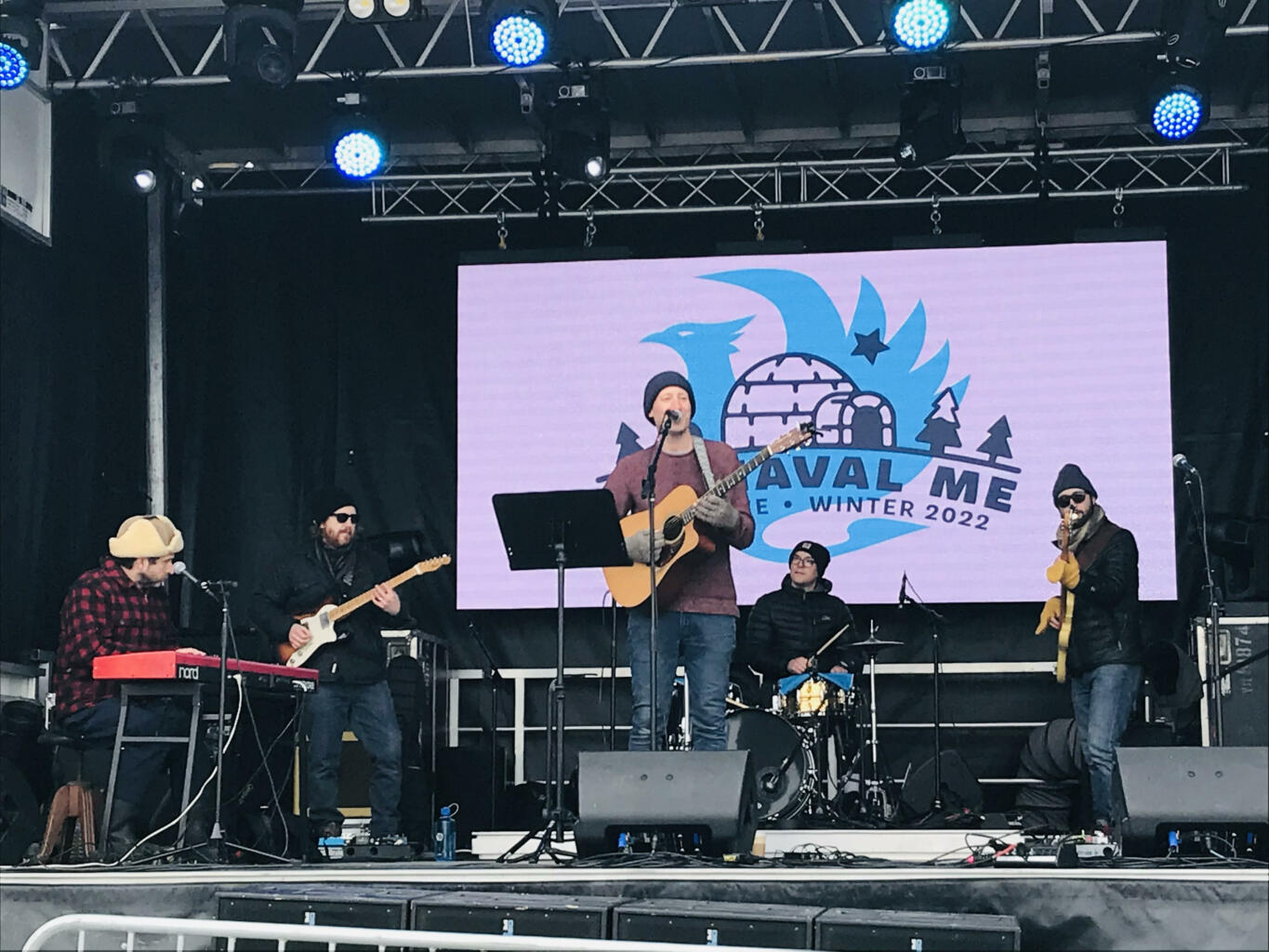 February | People for the Ethical Treatment of Animals (PETA) purchased advertising space at the Portland Jetport, taking aim at one of Maine’s biggest industries — commercial fishing. 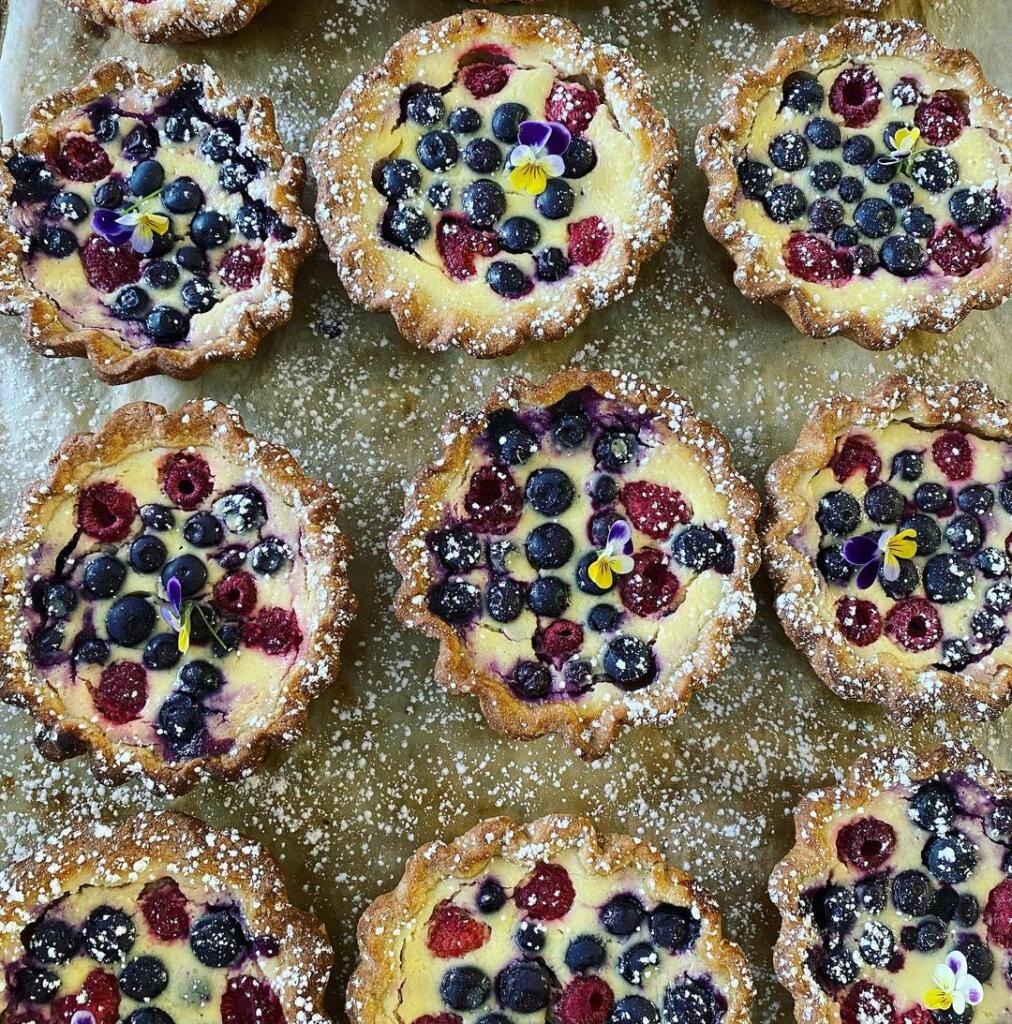 April | Portland Parks Commission Chair Michael Mertaugh resigned after the failure of his proposal to relocate food trucks on the Eastern Prom to the midlevel parking lot on Cutter Street. 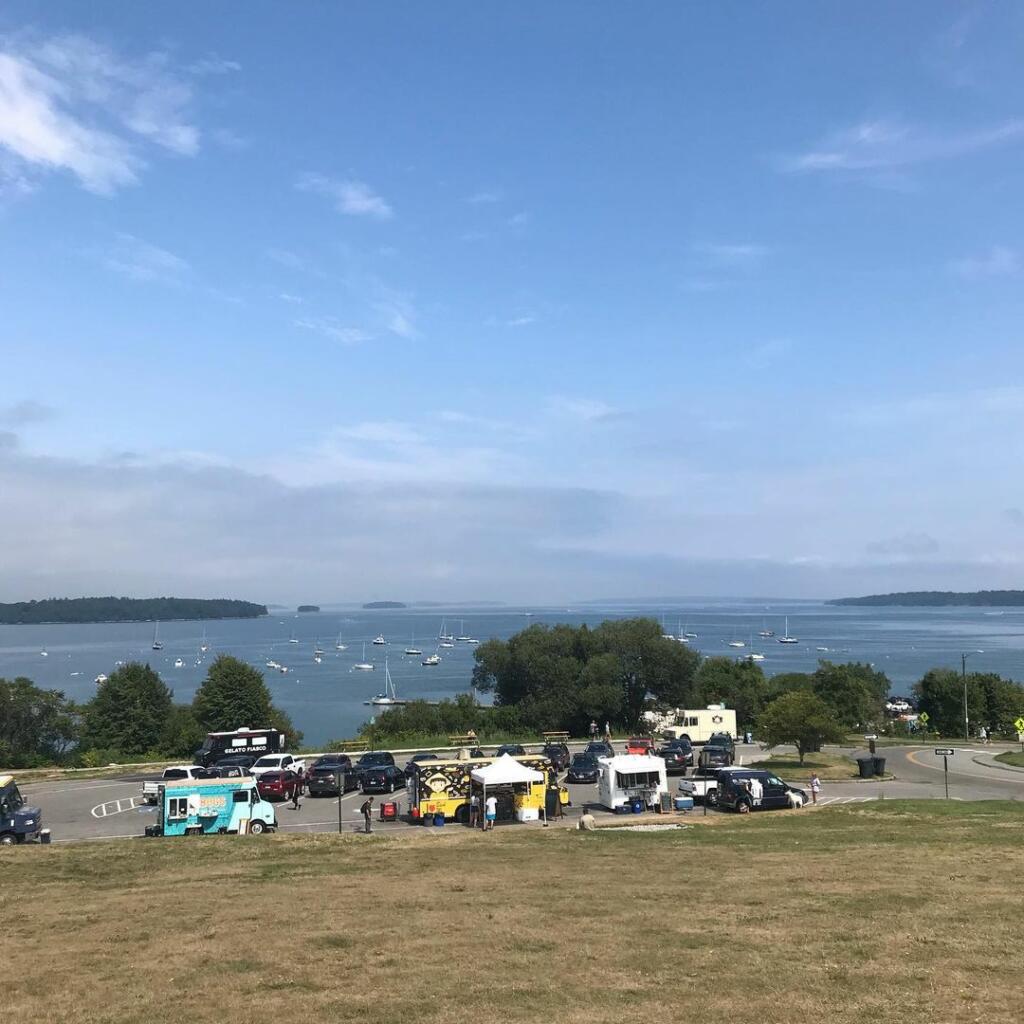 June | After Interim City Manager Danielle West’s decision to move the food trucks on the Eastern Prom to the midlevel parking lot on Cutter Street for a pilot program, the City of Portland held a lottery for 10 food truck spots. The random drawing drew ire from many, including owner of Mr. Tuna, Jordan Rubin, who organized a protest outside city hall. The city ultimately allowed all 14 food truck applicants parking spots in the lot for the summer. 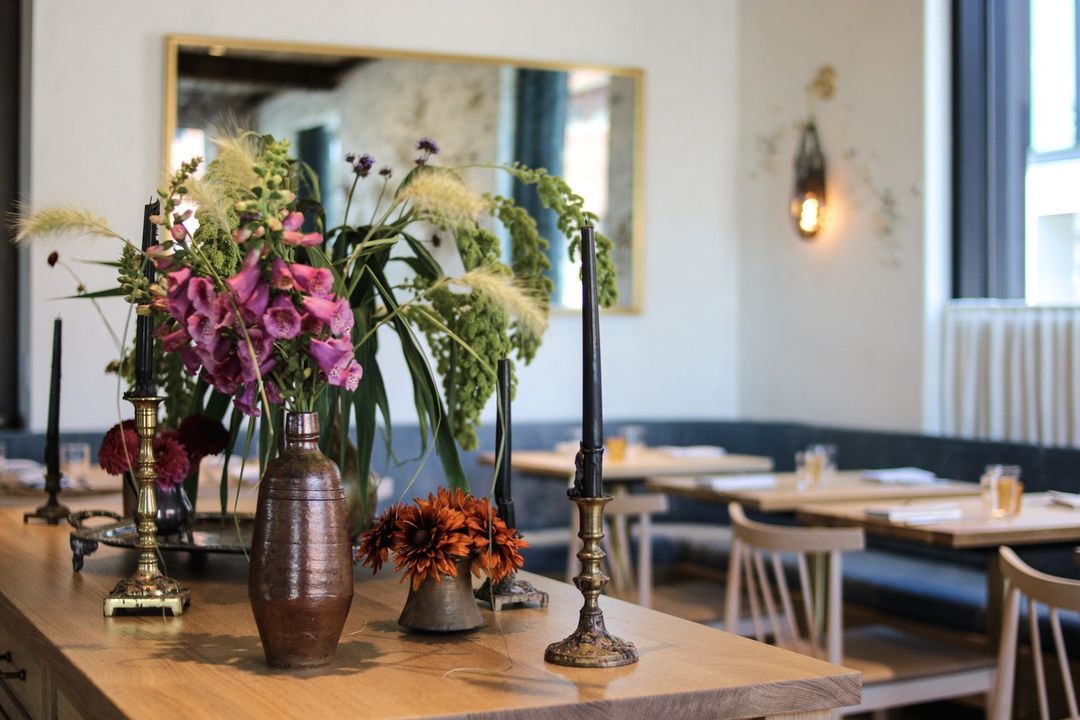 July | The seasonal fine dining restaurant Twelve opened and was named one of America’s Most Anticipated Restaurant Openings of 2022 in Vogue.

August | The City of Portland & Tandem Mobility teamed up to bring a bike share program to Portland, featuring 200 bikes at over 30 stations available for rent.

September | The Top of the East, the cocktail bar on the 15th floor of the Westin Portland Harborview, reopened after months of refurbishment.

September | Allagash Brewing Co. announced plans to open a new offsite tasting room in 2024 at The Downs in Scarborough, Maine. 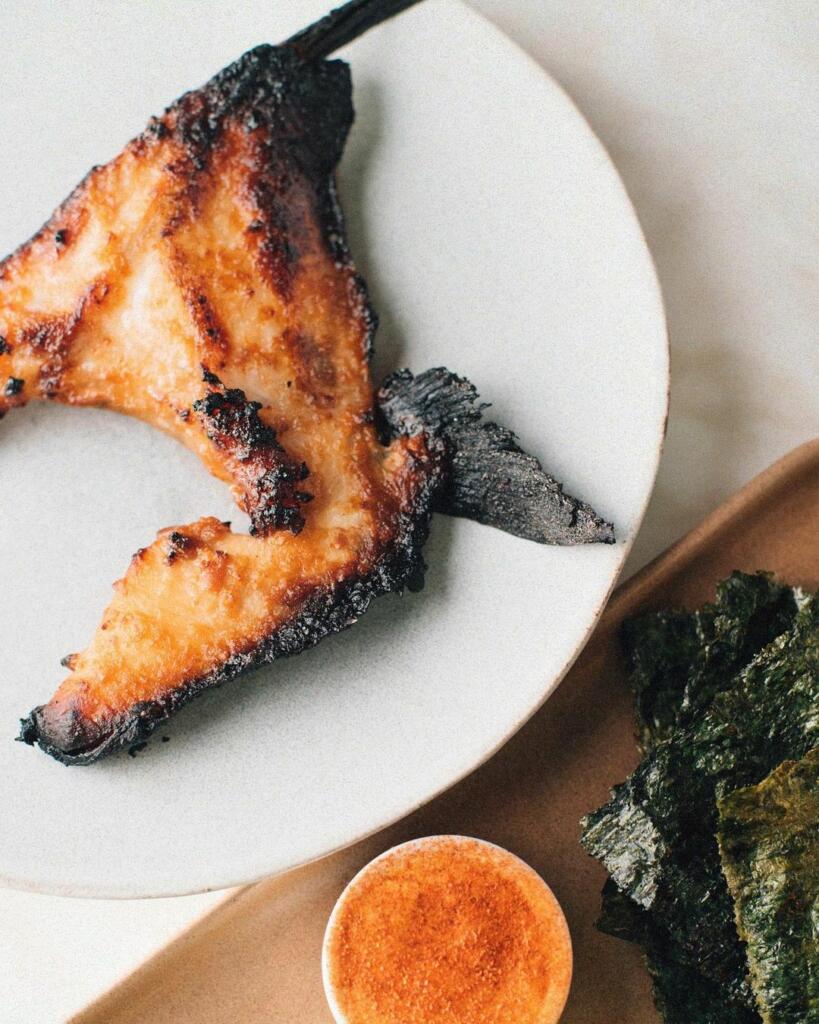 September | Regards was named one of Bon Appetite Magazine’s “50 Best New Restaurants in 2022.”

September | Leeward was named one of America’s Best Restaurants in The New York Times. 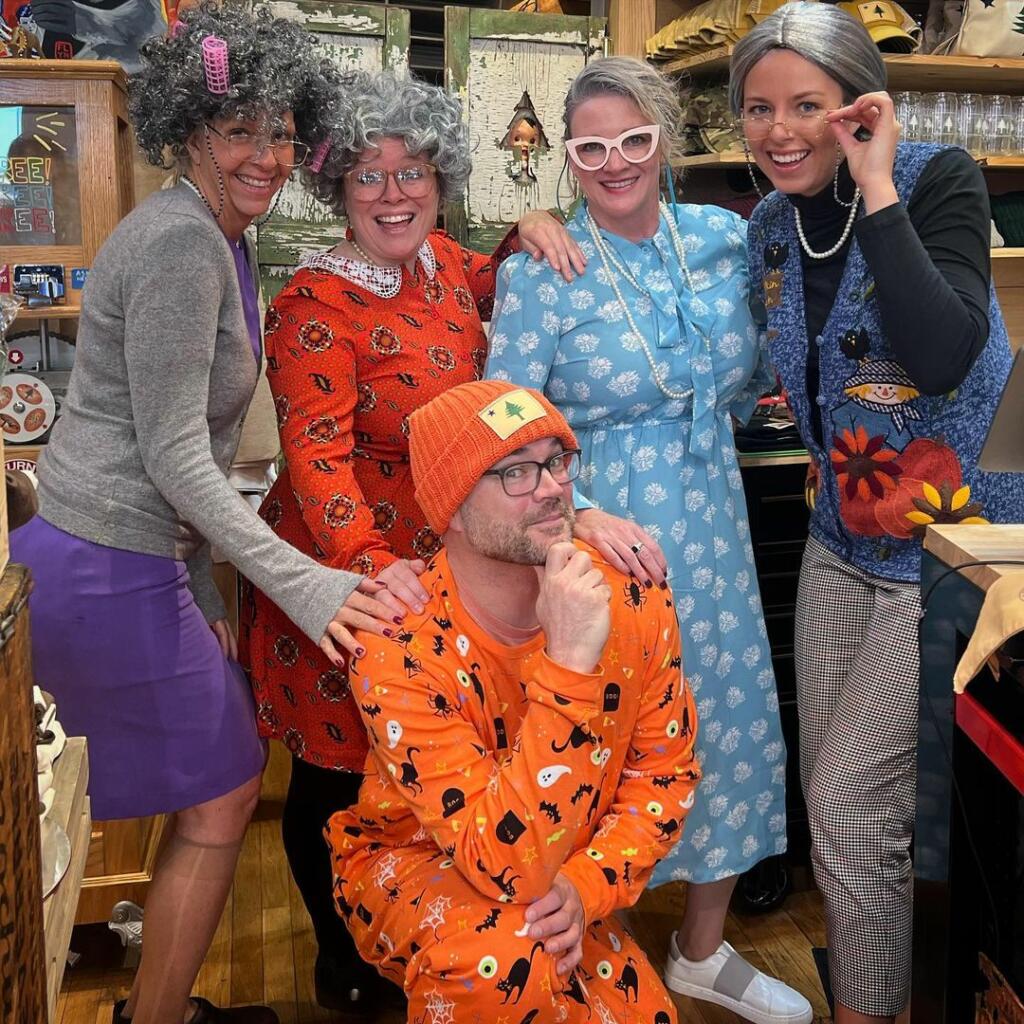 October | The first annual family-friendly Trick or Treat was held on Exchange Street with businesses handing out candy. 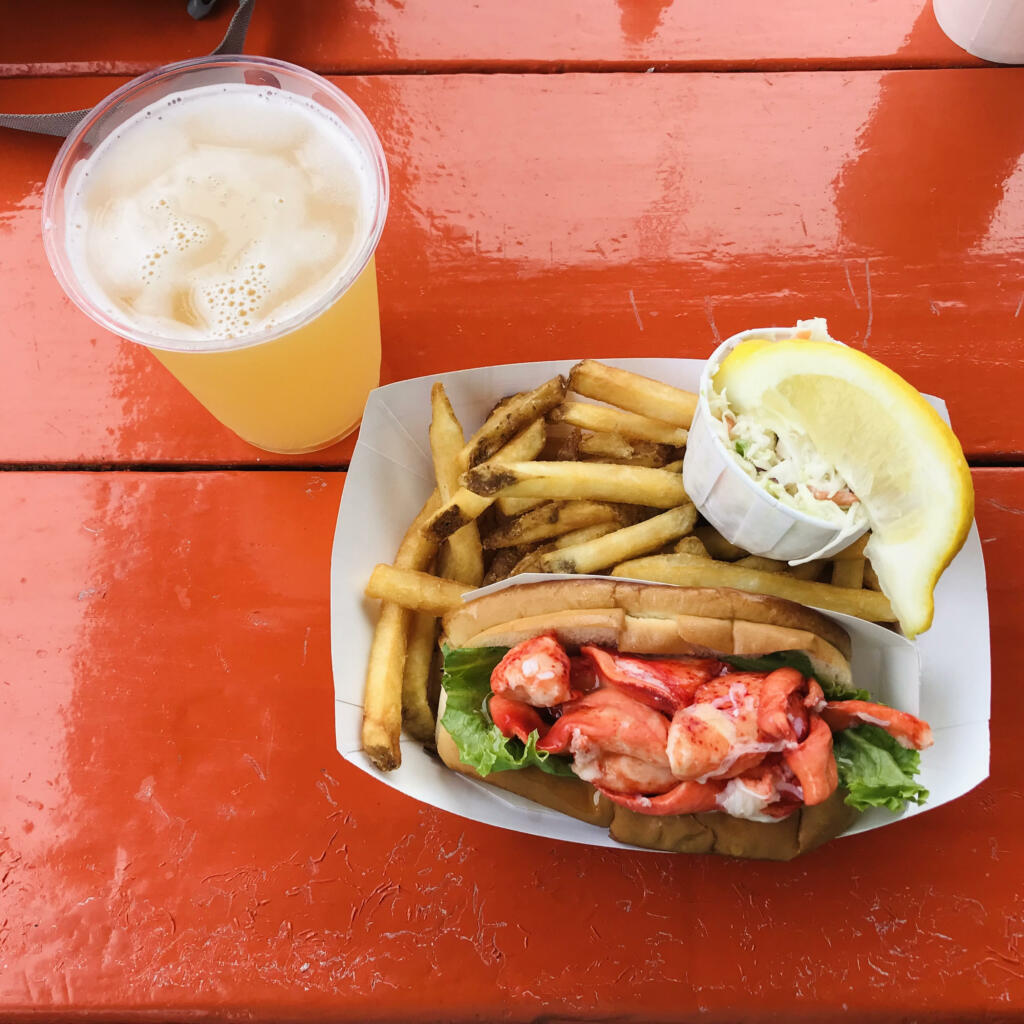 November | Maine lobster lost its sustainable seafood certification from the Marine Stewardship Council (MSC), effective December 15, 2022. The council cited the protection of right whales. Whole Foods subsequently announced plans to suspend the purchase of new Maine lobsters, stating they only buy wild-caught seafood from fisheries that are certified by the MSC or are rated “Green” or “Yellow” by the MBA Seafood Watch program.

November | C3 Presents, a division of concert promotor Live Nation, applied to host a 2-day music festival in Payson Park on the Eastern Prom that could potentially draw 10,000-20,000 attendees per day. After organizers moved the proposed date to July 2024, Portland city councilors postponed a vote on the proposal until 2023.

December | Merry Madness, the Old Port’s holiday shopping spree, and SantaCon, the drinking-around-Portland-while-wearing-a-Santa-costume night, both returned for the first time since pre-pandemic.

December | Carnaval Maine organizers announced the festival will move from the Eastern Prom to the Old Port — outside of DiMillo’s — from March 8-12, 2023. 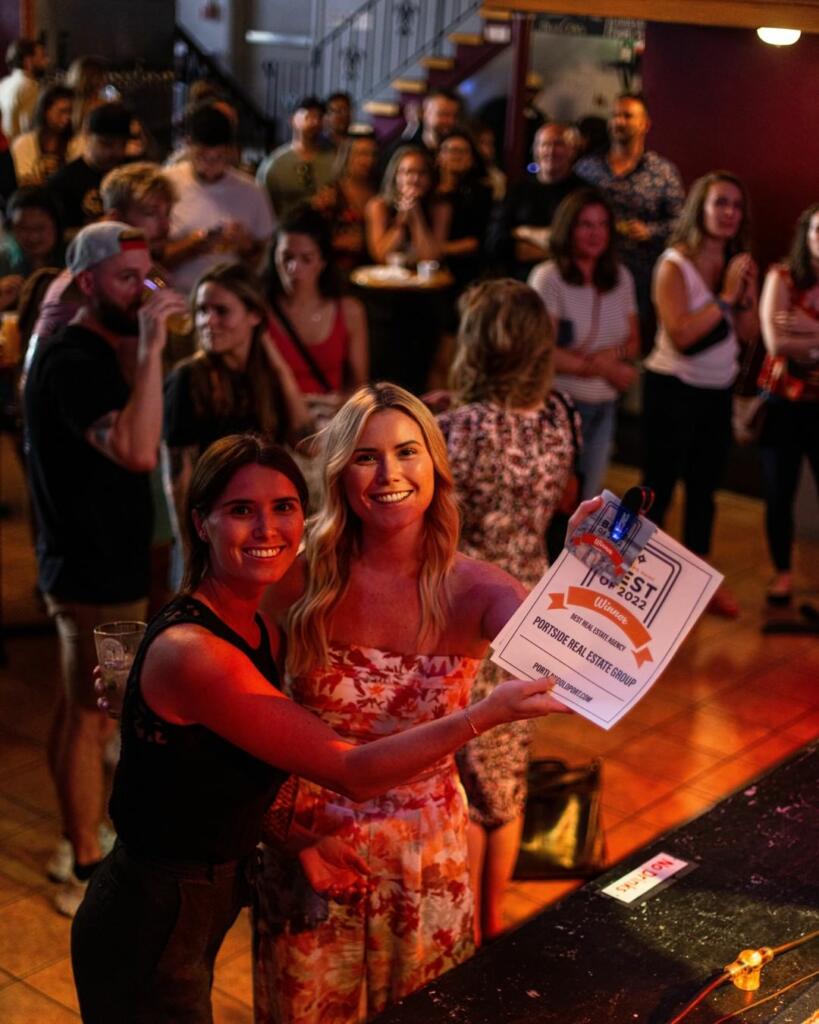 Image Courtesy of The Artisan Agenda | Best of Awards at PHOME

Continuing the tradition of celebrating small business in Portland, Maine, Portland Old Port received over 230,000 votes from more than 13,000 people for our Portland, Maine Best Of 2022 Awards – our biggest celebration yet!

Restaurants & Bars That Opened and Closed in Portland, Maine in 2022 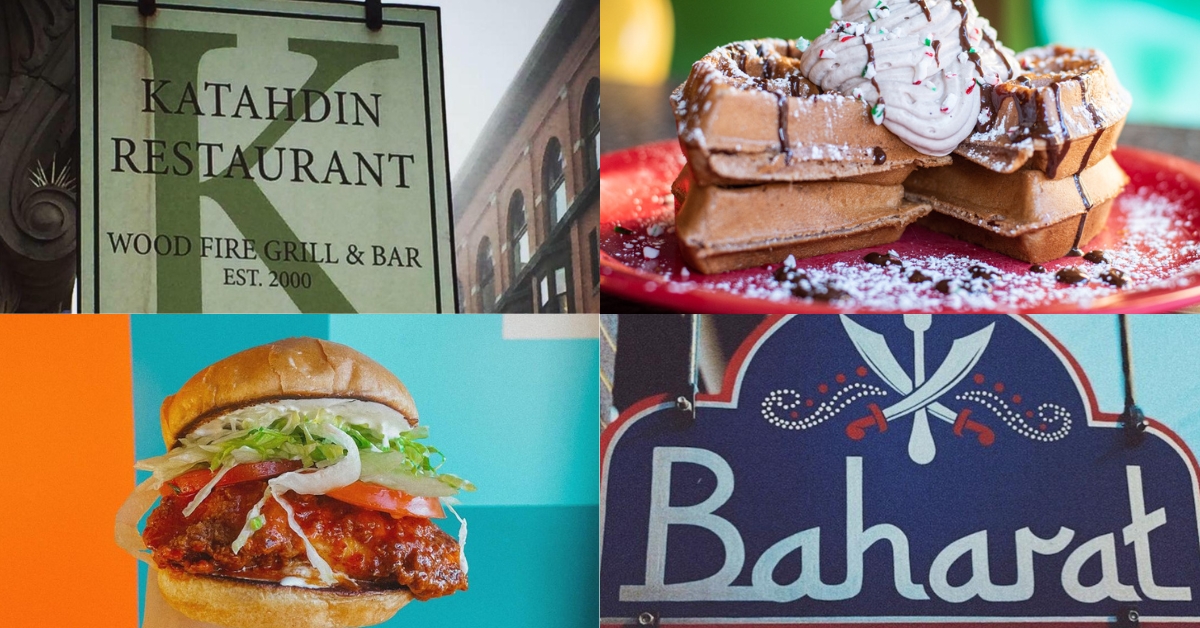 We said fond farewells to some beloved spots like Hilltop Coffee and The Yard, but we also welcomed several new and exciting businesses like Bay Bowls and Regards. Read our full guide here.

The Portland Old Port team strives to  be both locals and tourists number one resource for what’s happening throughout Portland. This year, we launched new guides on where to eat, drink, and enjoy live entertainment- and updated and extended some of our most popular year-over-year posts. Below are  2022’s top performing content.

The team at Portland Old Port thanks you, our readers, for the continued support of our site and social media profiles. We love the work we do, and the opportunity to support the ever-evolving small business community that makes Portland, Maine an incredible place to call home, and a top tourism destination.

Let us know what content you loved most this year – and any content you hope to see in 2023 by emailing us at info@portlandoldport.com.