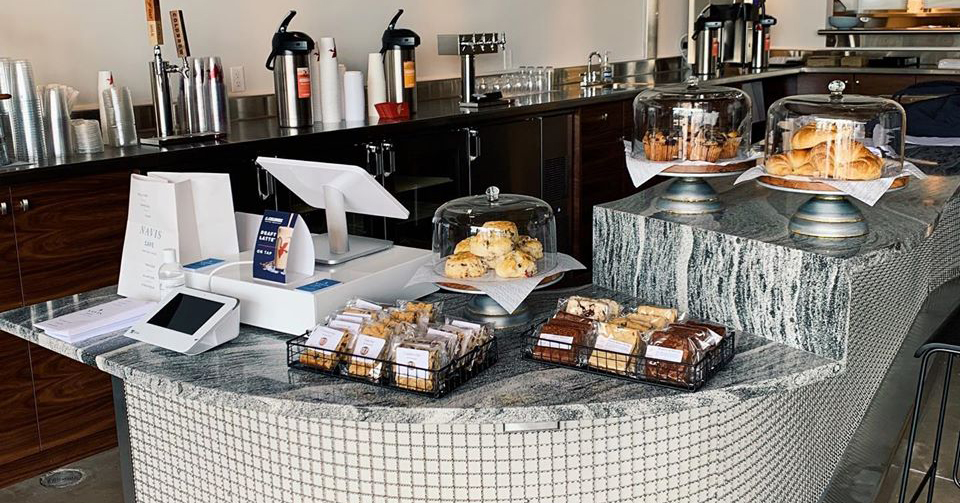 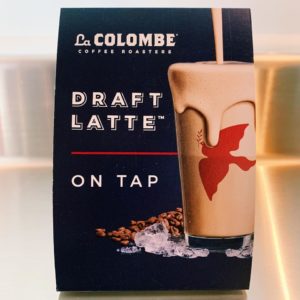 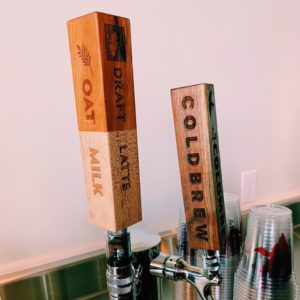 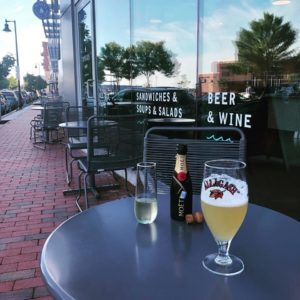 Open for about a week now, Navis Café keeps it simple with their all-day café concept. They’re serving “provisions to go & to stay” at an “all-day café.”

A mix of market, restaurant, coffee shop, and happy hour patio, Navis is situated on the Eastern Waterfront connected to the WEX building and across from Portland’s Ocean Gateway and the Eastern Trail.

It’s also an entry point for Philadelphia-based La Colombe Coffee Roasters into the Maine market. You’ll have to try it for yourself to find out why La Colombe coming to Portland is notable, but that draft latte alone is worth a visit: cold-pressed espresso and frothed milk served on tap.

“We just wanted to serve something different, so we gave them a call and it just went from there,” says owner Renae Roy. “We’re serving La Colombe’s cold brew and draft latte, as well as a growing selection of their packaged retail goods.”

As far as the food at Navis Café, think breakfast, salads, soups, sandwiches served hot or cold, from a “Wicked Simple Bagel,” made of two egg whites, avocado spread, cheddar, spinach, and tomato, to the “Navis Cobb” salad and the “Nuts & Berries,” spinach with fresh seasonal berries, red onions, walnuts, and goat cheese in a balsamic vinaigrette.

You’ll most always find a chowder on hand, as well as another soup, and sandwiches ranging from the “Downeast,” a baked sesame sweet potato falafel, baby spinach, cartots, red cabbage, cucumbers, and tahini dressing to the must-have “Lobstah Roll,” served Maine-style with lobster meat and mayonnaise on a brioche roll.

Three local craft beers are on tap at all times, as well as a fourth tap pouring Prosecco, and wines are available, as well. Pastries (croissants and such) are supplied by European Bakery and Tea Room in Falmouth with Navis Café being the well-regarded bakery’s only wholesale account.

The name of the restaurant (navis=ship in Latin), the interior design, and marketing elements all speak to the owners’ life spent in Maine (they also own and operate 1912 Cafe, situated in the L.L. Bean Flagship Store in Freeport).

From the wood accents along the ceiling that mimic a ship’s design, to the custom waves graphic on everything from menus to the walls, and even the striking stone bar top meant to symbolize Maine’s rocky shores,

One thing for sure: It’s quite unlike anything in the area, so stop by what’s sure to become a staple stop in the neighborhood, along the Eastern Waterfront, and up into Foreside and Old Port.