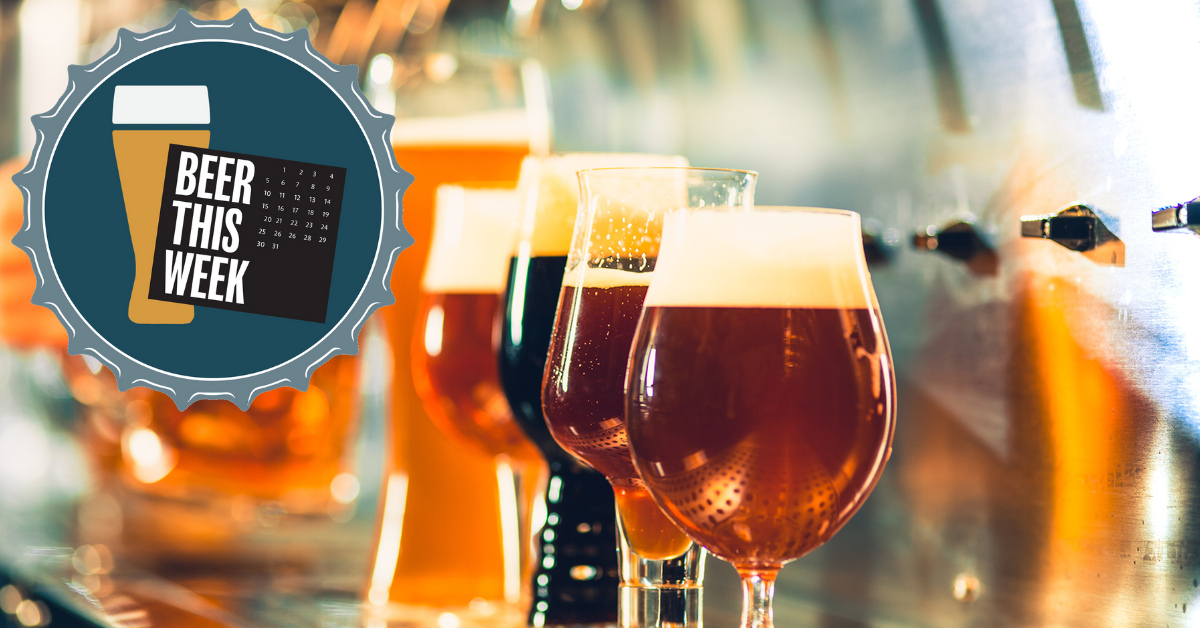 Is Todd Gutner pulling an April Fool’s joke on us with today’s soggy, windy, and gray forecast? Yeah, yeah, yeah, we know, “April showers bring May flowers,” but TBH, we’ve come down with a bad case of spring fever and are eager to get out and about and sample the latest beer bounty dropping this week.

Keep reading to find out what new beers could soon be wetting your whistle, and which brewery is expanding its operations to include a new location in downtown Portland.

Some of the new beers coming at you to kick off the month of April include a Sour that gives off strong Jolly Rancher vibes, a Pastry Stout with a list of ingredients that sound more like a dessert menu, and a mash note (in beer form) to Maine — courtesy of one of our veteran breweries. 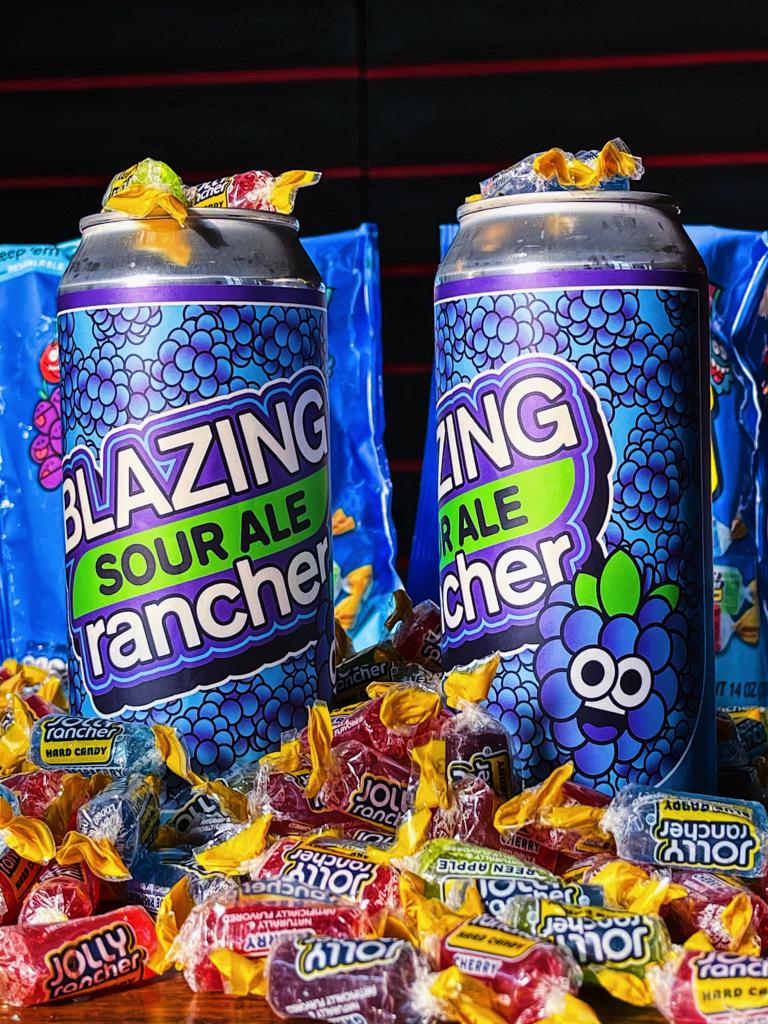 It’s been a longgggggggg year, but it feels like we’re finally starting to turn the corner on this dang pandemic. Blaze Brewing wanted to do something to celebrate the optimism many of us are starting to feel. The result? Blazing Rancher, a BLUE raspberry Sour Ale, an ode to the tart candies we all grew up enjoying. The insanely blue color comes from blue spirulina and we think they nailed the flavor of a Rancher dead on. 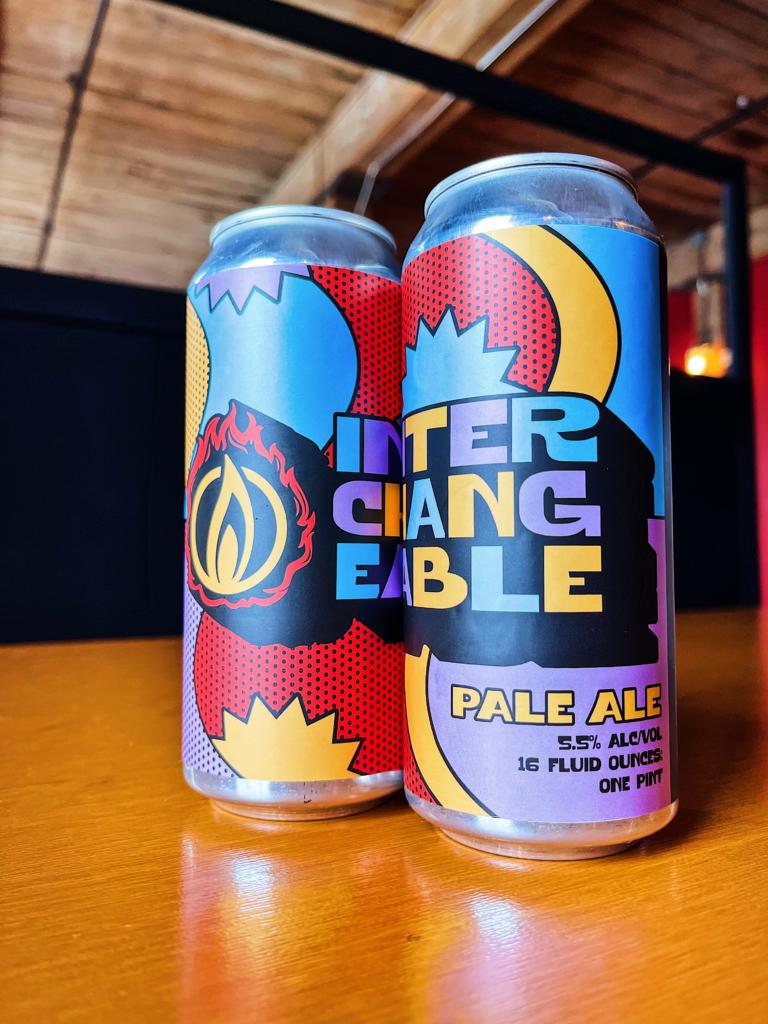 Part of Blaze’s constantly rotating, always in flux Pale Ale series, Interchangeable #8 was dry-hopped succinctly with plenty of Equanot and Mosaic hops. It smells and tastes like blueberries, ripe melon, and passionfruit. Its drinkability is perfect for a leisurely Saturday in the spring sun. 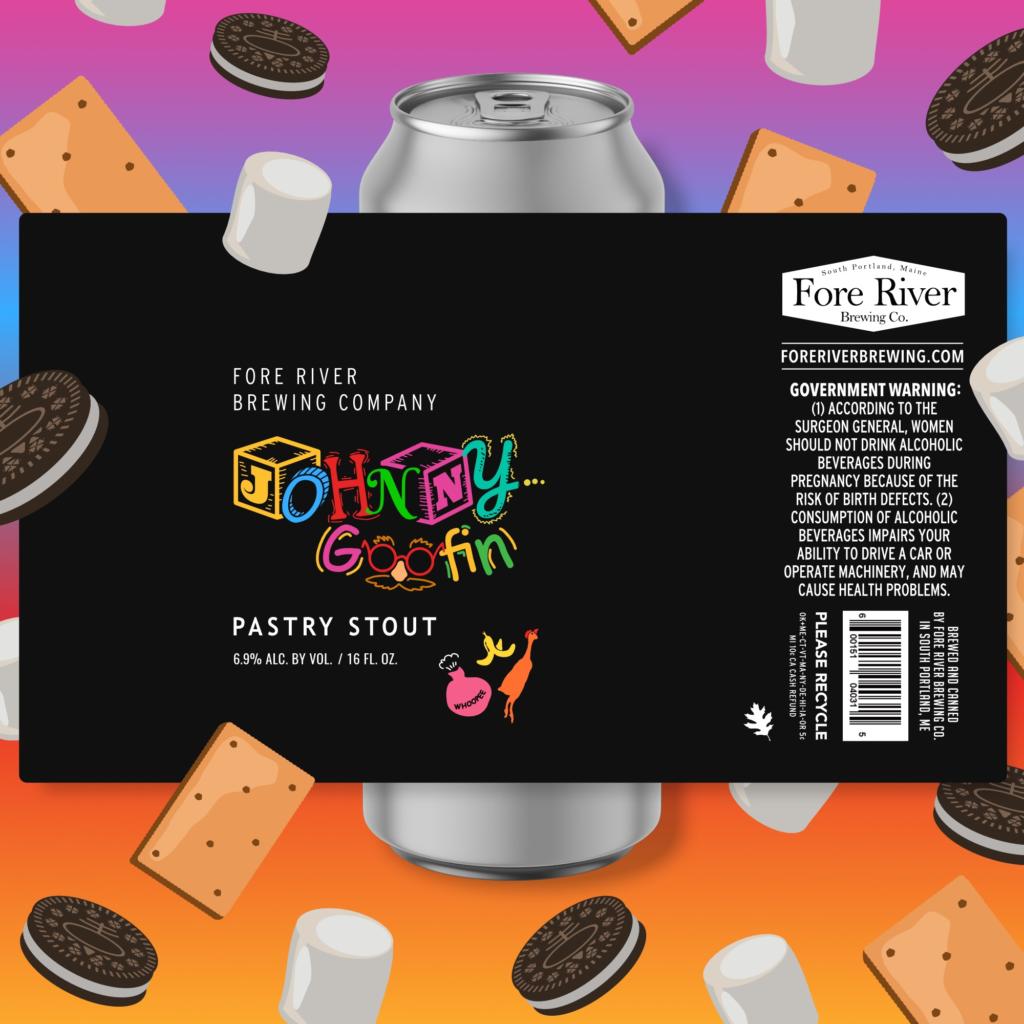 Releasing on April Fool’s Day, Johnny Goofin is a funky, fun take on Fore River’s classic John Henry Milk Stout and is their first-ever Pastry Stout. We’re talking John Henry Milk Stout as a base, with added chocolate wafers, graham crackers, marshmallows, and vanilla. With notes of cookies and cream and milk chocolate, Johnny Goofin maintains the extremely light and silky smooth taste that John Henry is known for. This beer is a one-off, small-batch brew, and once it’s gone that’s it. 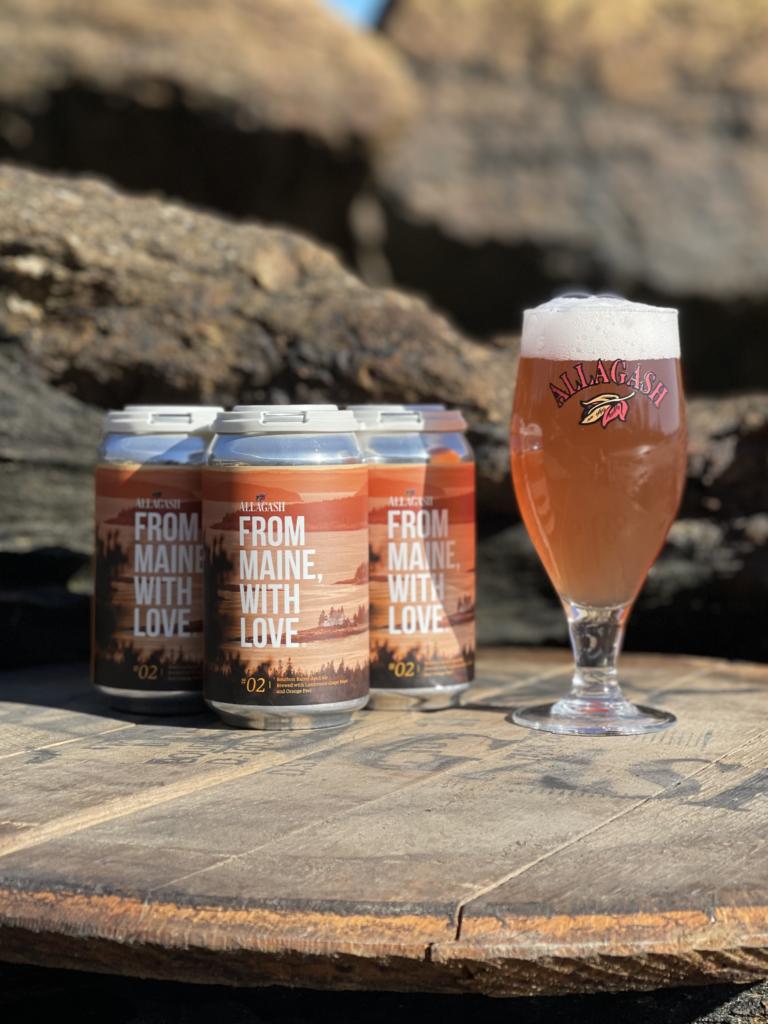 From Maine With Love #2, Wheat Beer

From Maine With Love #2 is the second in Allagash Brewing’s flavorful series of love letters to our fair state. This beer originated on their pilot system and was inspired by one of their employee’s passion for the Boulevardier cocktail, which is itself a whiskey lover’s twist on the classic Negroni cocktail. Allagash’s take? A bourbon barrel-aged ale with Lambrusco grape must, angelica root, and bitter orange peel that tastes quite lovely.

Allagash is also pumped to announce that starting on Saturday, May 1, their tasting room is reopening for outdoor seating! Mark your calendars and save us a seat! 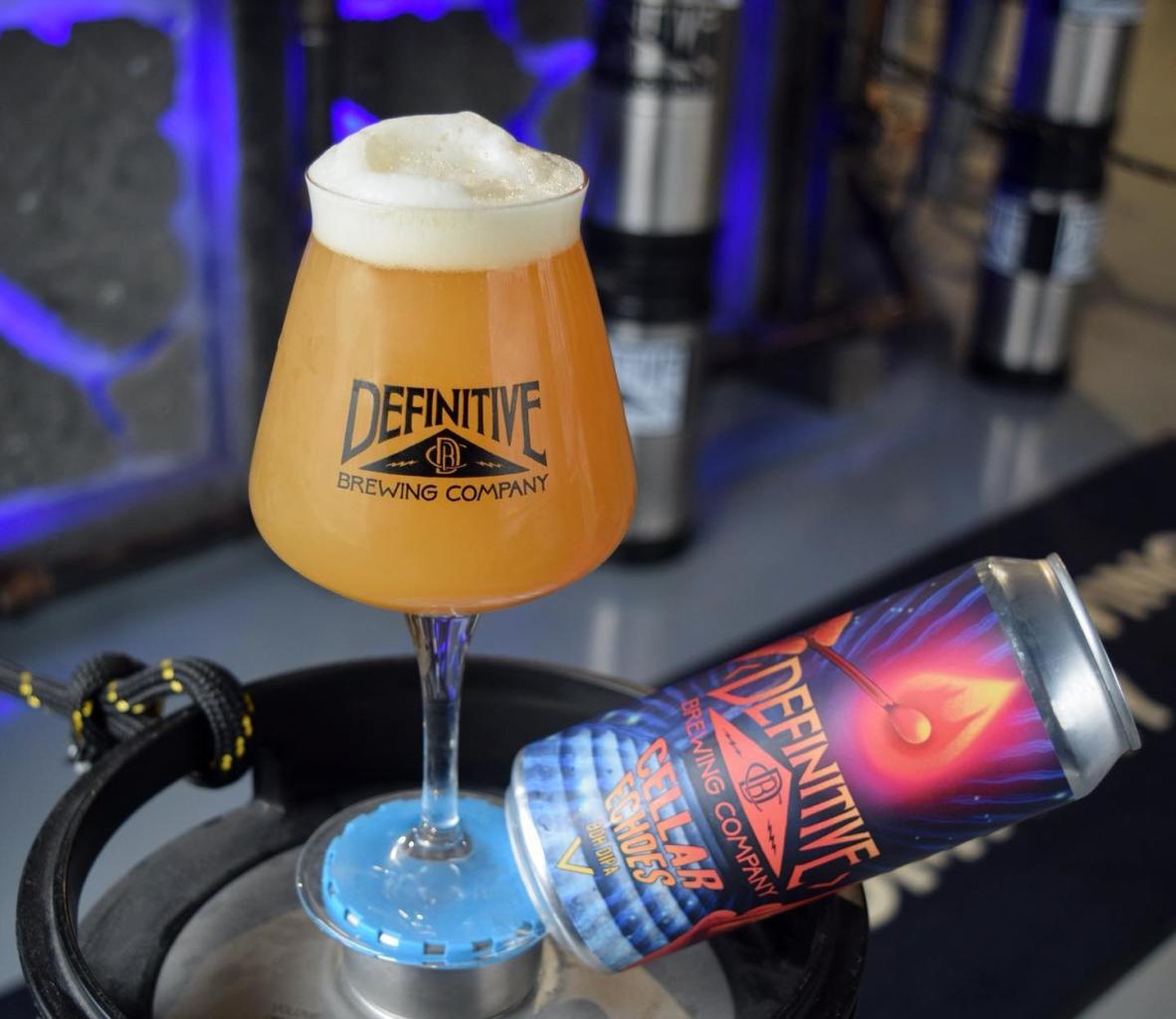 Cellar Echoes returns in its last batch of the season this weekend! This DDH DIPA is brewed with a saturated hop bill of Mosaic, Simcoe, Mosaic Cryo, and Simcoe Cryo hop varieties. Clocking in at 8.2%, it lends intense flavors of ripe melon and sticky mango—with a soft mouthfeel that brings everything into balance. 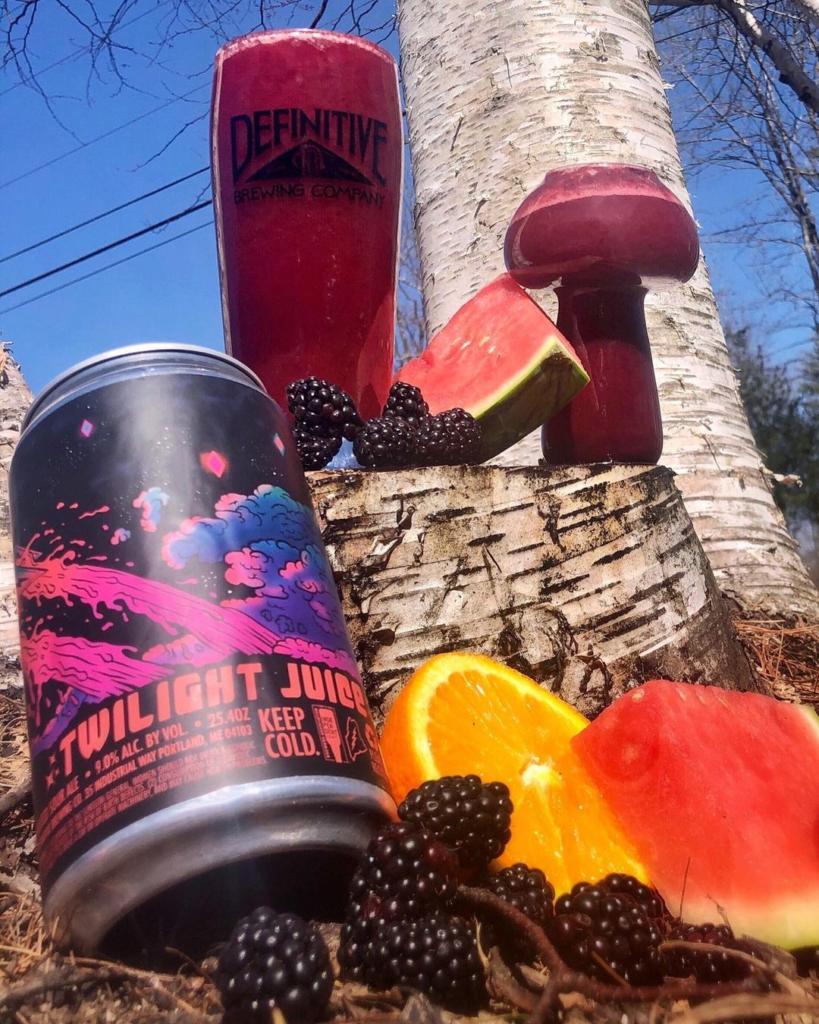 A tasty brand new variant of Twilight Juice is here. This iteration of Definitive’s double fruited Sour series is made with a juicy trifecta of watermelon, blackberry, and orange. It’s absolutely delicious. Both drop Friday in P-town, Saturday in Kitt. (We’re trying something new after giving this caveat week after week, bear with us.) 😉 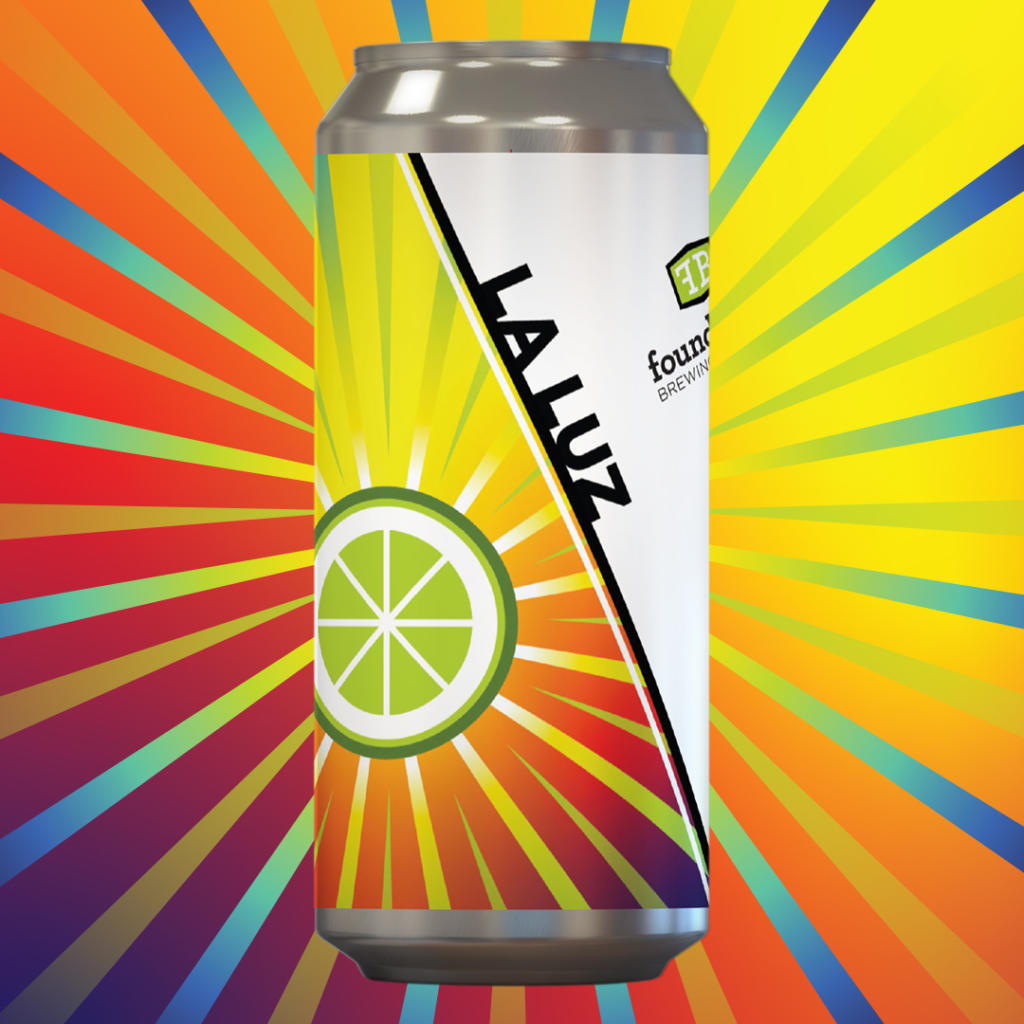 This week, Foundation is welcoming back one of their very favorite warm-weather beers – La Luz! Our Mexican-style lager is 4.8% and a real thirst quencher made with just the right amount of lip-smacking key lime. La Luz will be released from the tasting room this Friday, 4/2! 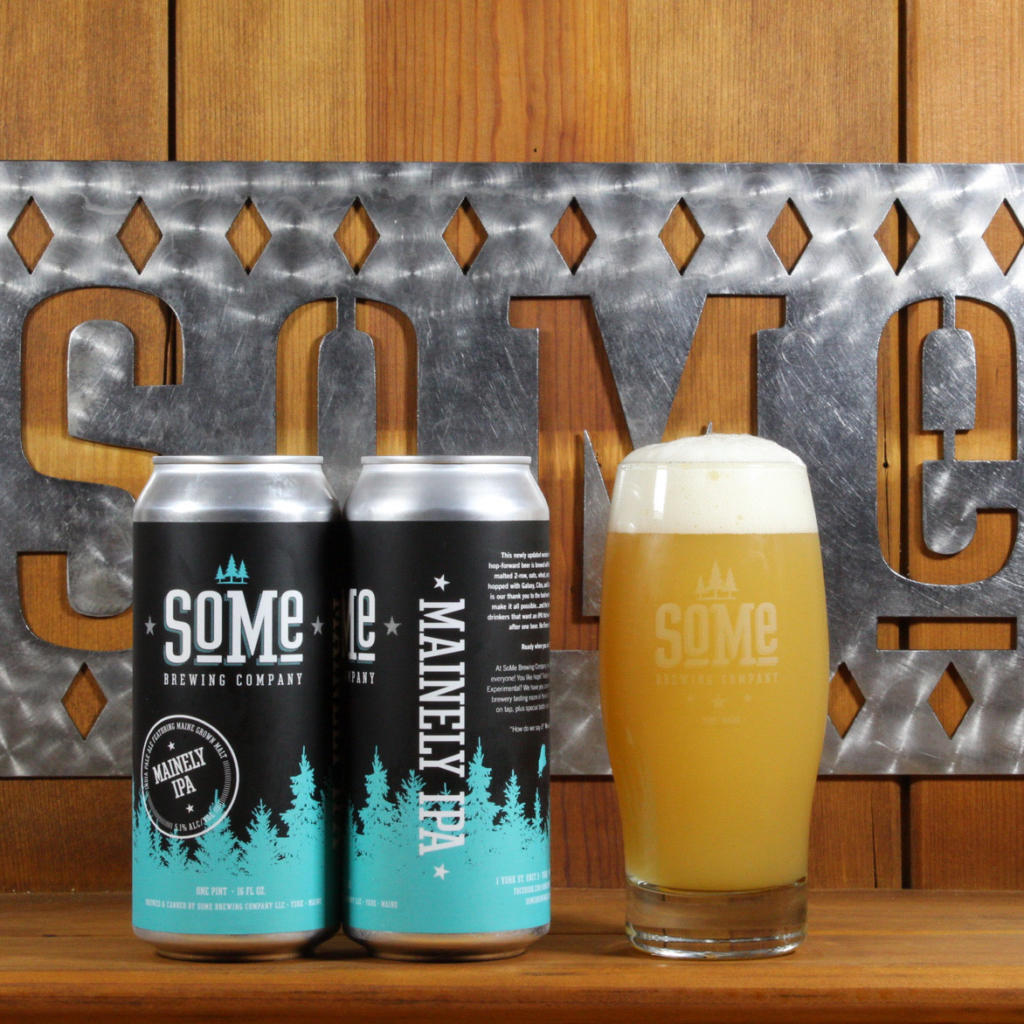 Starting in 2020, SoMe Brewing tweaked the yeast and dry hop in their flagship session IPA to give it a more modern taste. Brewed with Maine grown malt and hopped with Galaxy and Citra, Mainely IPA is a crushable go-to for any time of the year.

Gritty’s is sending us an “S.O.S.,” Sebago is “Pressed for Time,” Liquid Riot is suggesting everyone “Pace Yourself,” and Lone Pine is telling us to “Walk (it) Off.” Good thing the “Doctor” is in at Fogtown Brewing! 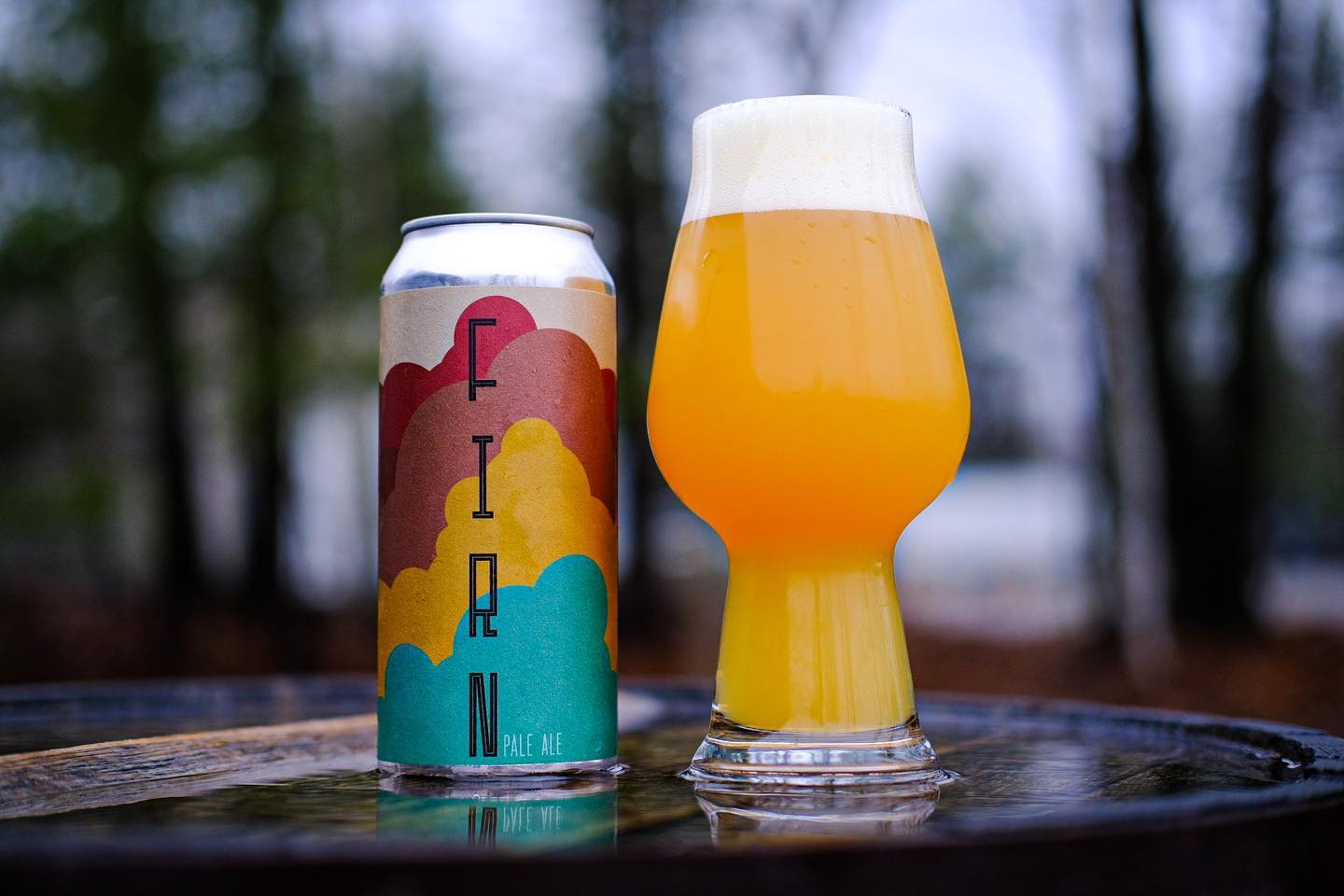 Back in cans and on draft at the taproom, Firn is a Pale Ale brewed with a base of Pearl malt for a clean finish, the perfect blend of oats and wheat for a soft body, then a touch of rye for a slightly spicy, refreshing character. The combination of Citra and Simcoe both in the kettle and dry hop gives this Pale Ale notes of grapefruit, citrus, pine, and a light spice finish 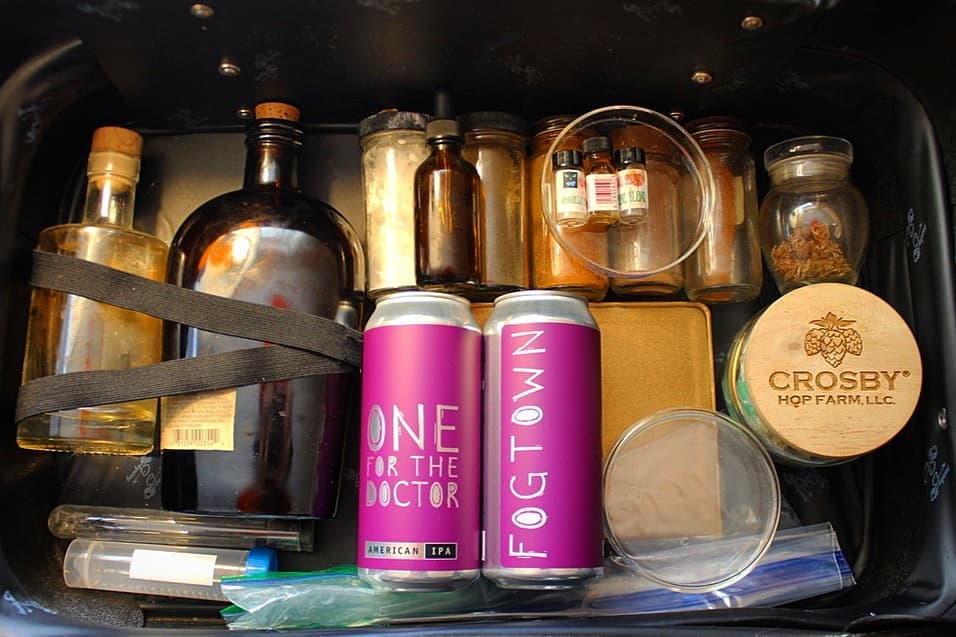 One for the Doctor is brewed with rolled oats and toasted hemp seeds, then dosed with Amarillo and Galaxy hop terpenes.

Maine Coast is a Session IPA, dry-hopped with Ella and Idaho 7. It’s just a bit juicy and expertly balanced with notes of fresh grapefruit and lemon.

Gritty’s has got their Special Oatmeal Stout (SOS) back on tap at all three locations! This deliciously dark Stout is brewed with 10 different grains and two different variants of imported Goldings hops, resulting in a silky-smooth brew that is easy on the palate. Notes of English toffee and chocolate can be found swirling around in a pint glass of this Stout. 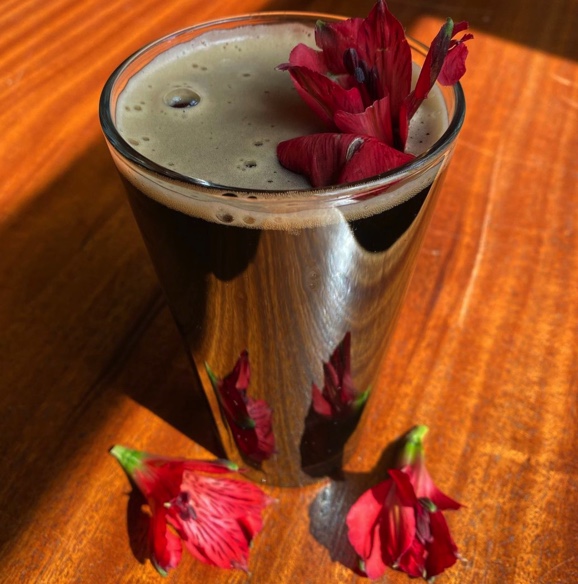 Maine Maple Weekend might be over, but you can still celebrate with a pint of Maple Porter brewed with Maine maple syrup from a FOG (friend of Gritty’s) in Peru, Maine. With loads of chocolate malt, this porter hits the spot for anyone with a sweet tooth 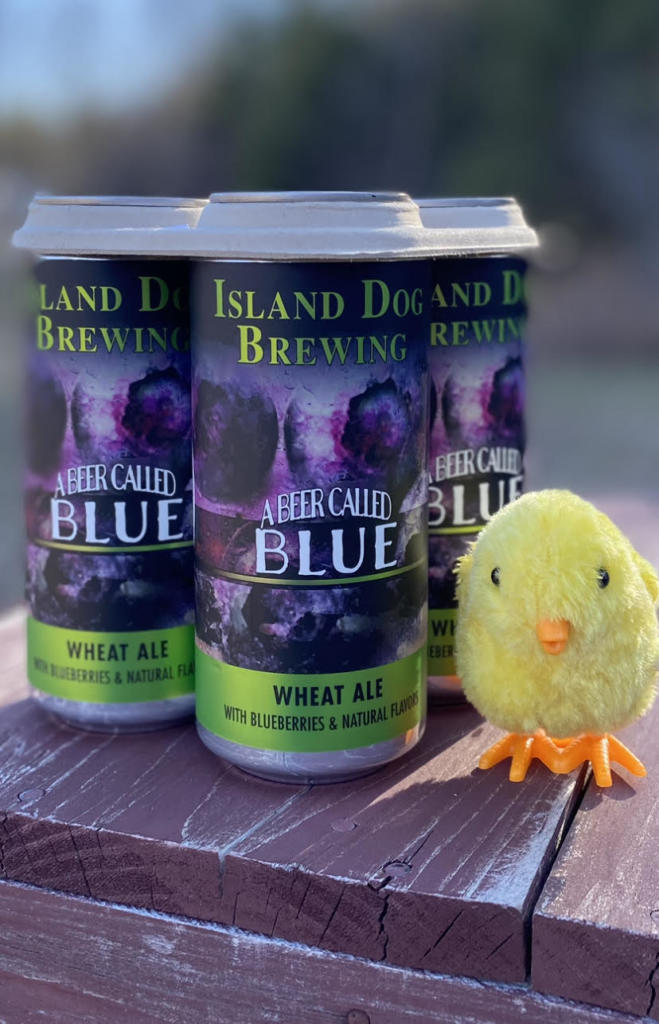 A Beer Called Blue is fermented on blueberries; this wheat ale is refreshing with blueberry aroma and flavor and deep purple color. 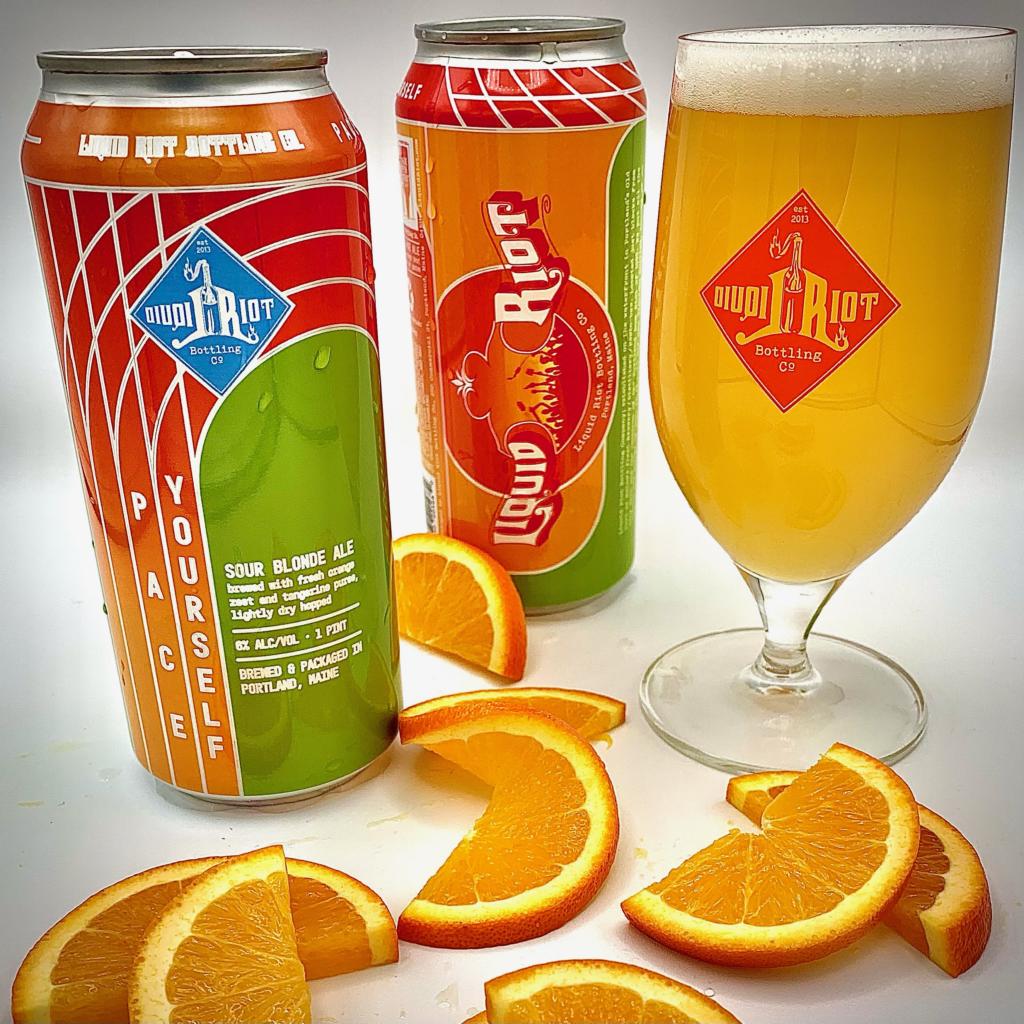 A tart, refreshing dry-hopped Ale brewed with freshly zested Valencia oranges and fermented with tangerine puree, Pace Yourself was brewed in collaboration with the Old Port Pub Run crew. 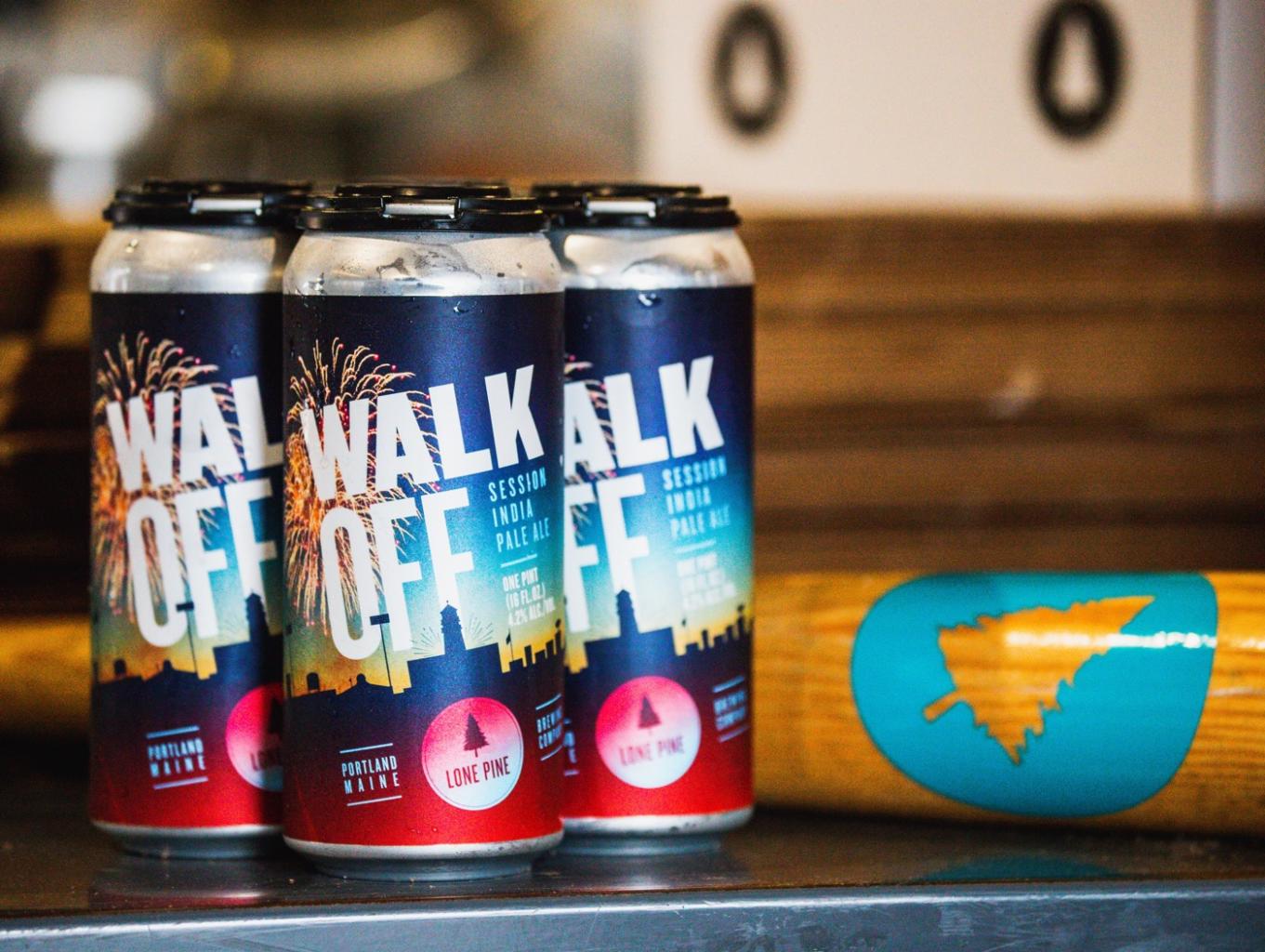 Just in time for opening day, WALK OFF Session IPA is back, baby! Brewed in proud partnership with Lone Pine’s friends at Hadlock Field, WALK OFF was crafted to be the ultimate spring buddy to accompany you in the stands. With a crisp body and juicy finish thanks to Mosaic and Idaho 7 hops, WALK OFF is packed with flavor while remaining easy-drinking and low-ABV.

Stouts and oysters go hand-in-hand. It’s a pairing almost as classic as IPA and pizza. The history of the Oyster Stout dates back to the late 1800s when brewers discovered that oyster shells contain high amounts of calcium carbonate. As the dark roasted malts typically used in a Stout recipe are fairly acidic, the calcium carbonate from the oyster shells balances out the pH of the beer when the shells are added to the boil kettle. Brewing with oyster shells is simply a very primitive way of tweaking water chemistry. For this brew, Maine Beer Company used the shells of 50 oysters from their friends at Love Point Oysters. This is definitely not a beer style that tastes like oysters. Instead, the oyster shells soften any harshness from the roasted malts, resulting in a very balanced and highly drinkable dark beer. 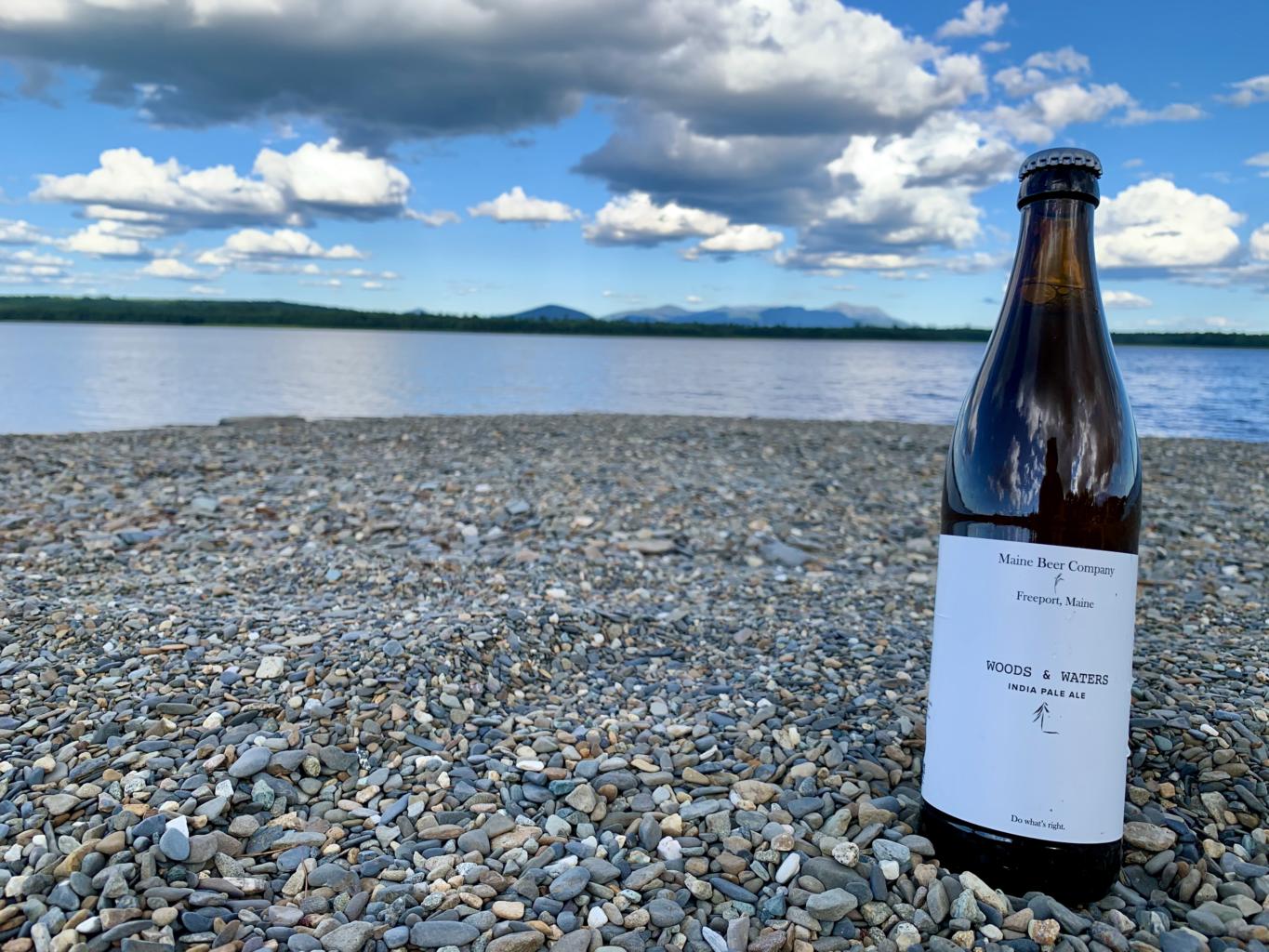 Brewed to commemorate the establishment of Katahdin Woods & Waters National Monument, Woods & Waters IPA is also back in stock. Maine Beer incorporated Maine-grown barley and wheat from Blue Ox Malthouse, along with generous amounts of hops with flavors and aromas of pine and citrus, reminiscent of the outdoors. 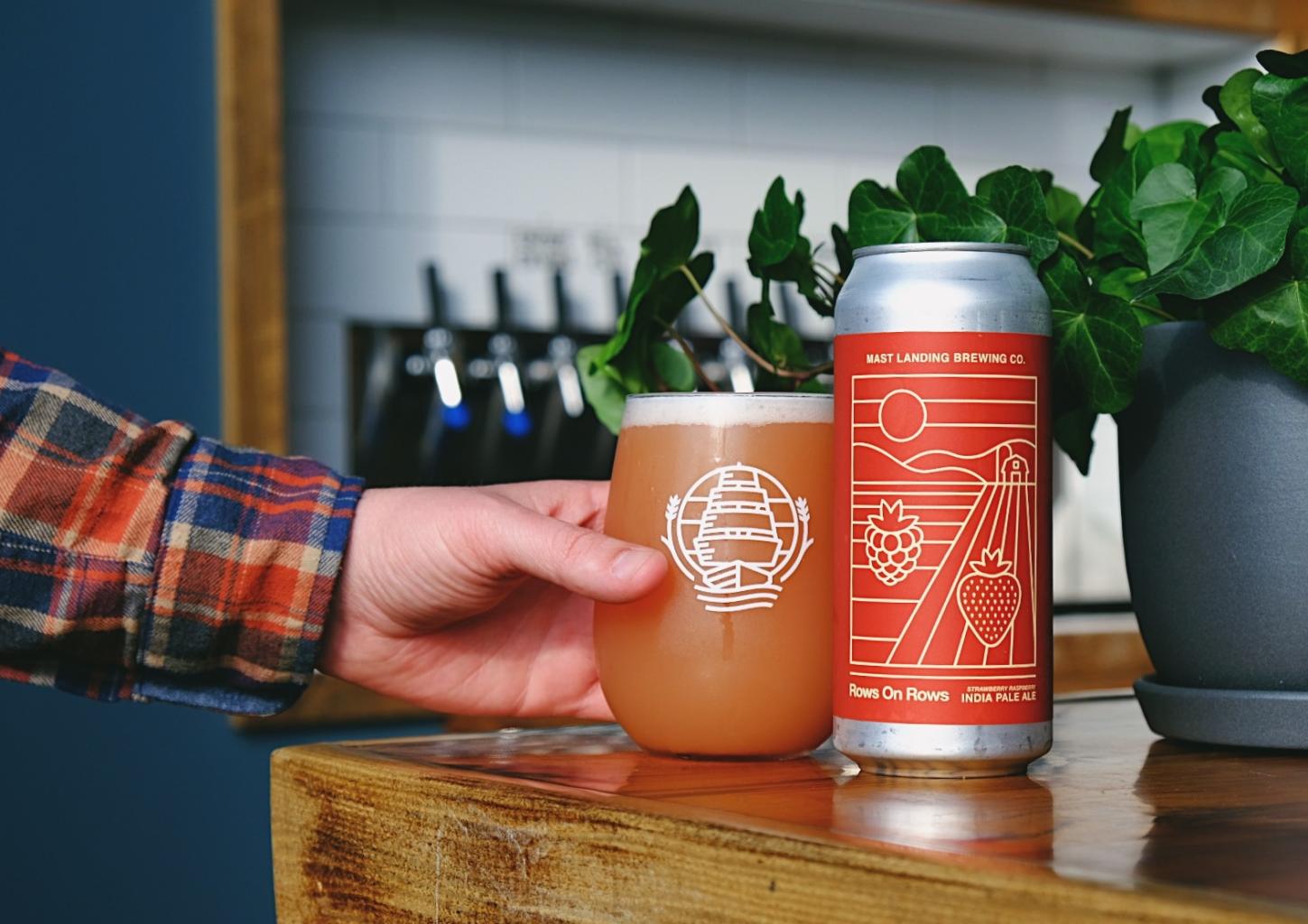 Rows on Rows expands on Mast Landing’s explorations with double dry-hopped IPAs by adding real strawberry and raspberry into the mix. This bright and bold beer brings a whole field’s worth of berry and fruit notes to the glass. 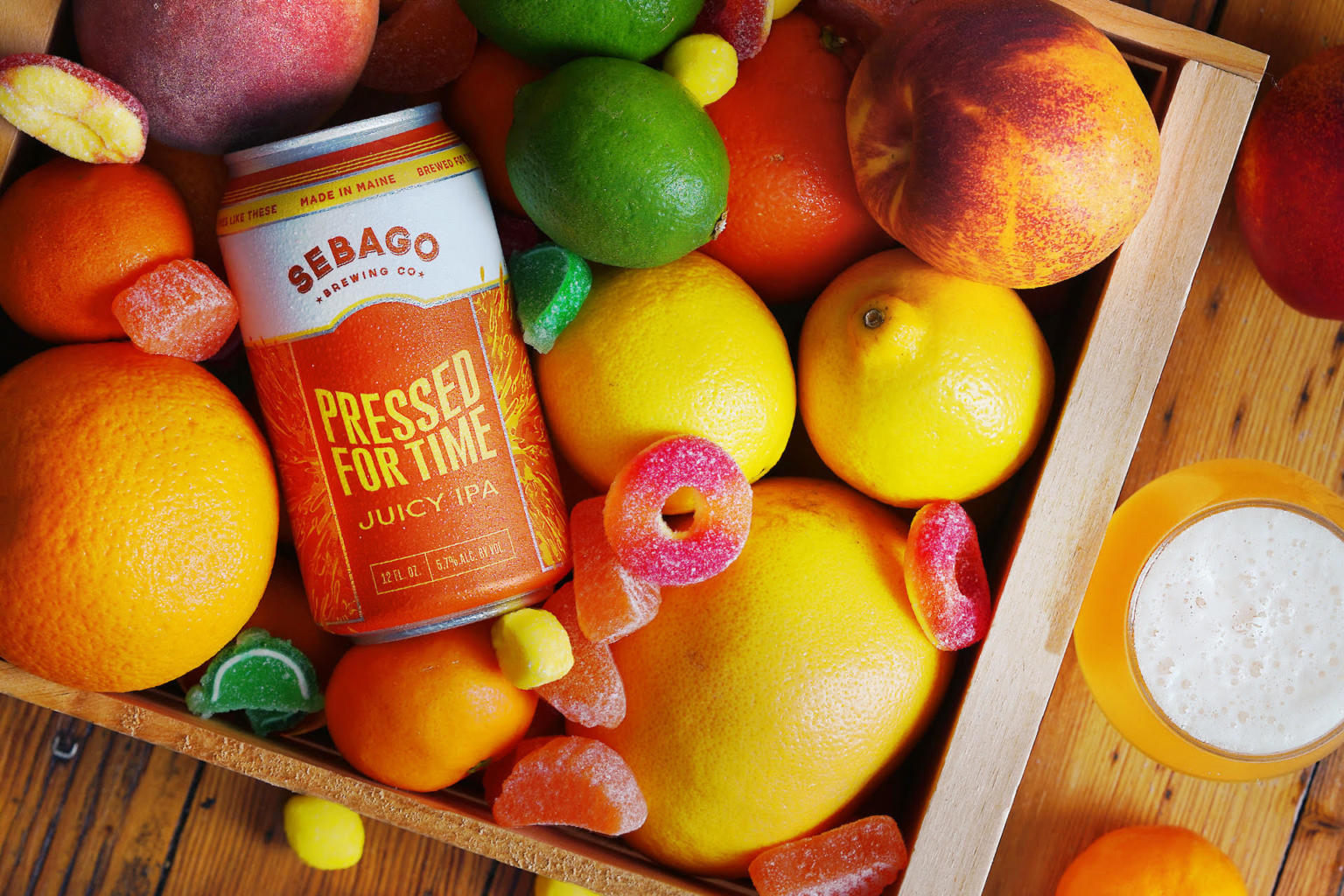 Pressed for Time is Sebago Brewing’s juiciest IPA ever and their latest year-round beer. It features Idaho 7, El Dorado, and Centennial hops, which gives it strong citrus and peach aromas and flavors and some sweet candy notes too. Their brewers have been fine-tuning this hop blend to get the perfect citrus, tropical fruit, and candy notes. (Fun fact: even though it has a bold citrus and juice character, the beer doesn’t contain any fruit.) 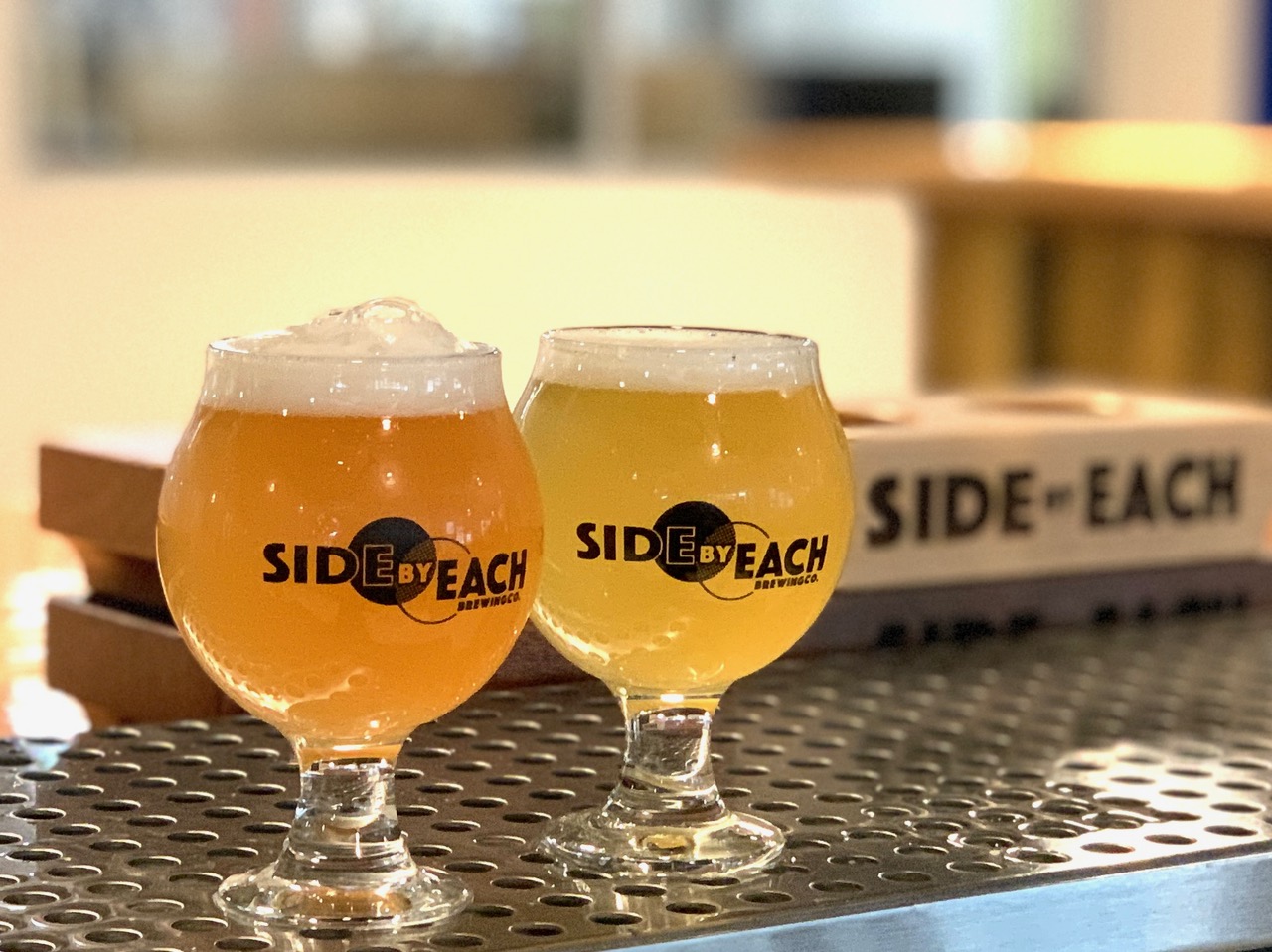 Two new sours, side by each! Pink Warhead Strawberry Lemon Sour is brewed with Meyer lemon and strawberries to create a refreshing, tart, treat for spring and summer. Lemon Zinger Lemon Verbena Sour is tart and lemony with an herbal finish from a generous addition of verbena. 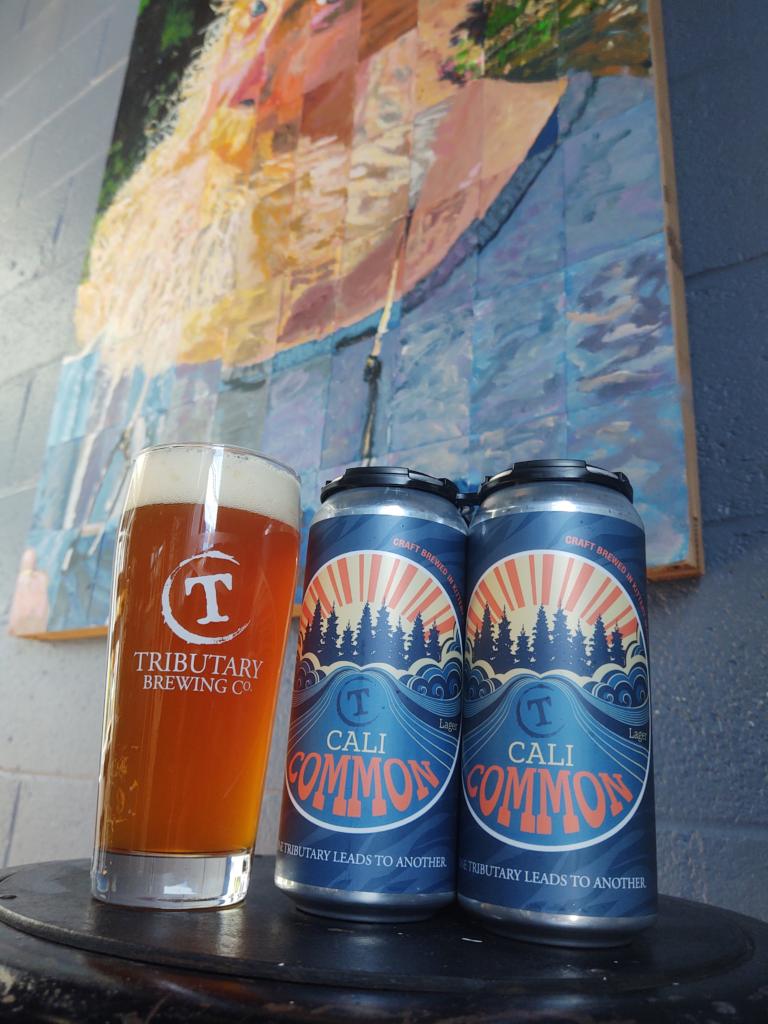 Created in the tradition of San Francisco’s classic “Steam Beer,” Tributary Brewing warm fermented an Amber Lager, which adds a tinge of fruit to the aroma of the otherwise clean characteristics lagers are known for, to create Cali Common. Rich malt flavors reminiscent of pretzels are supported by the mint-like herbal qualities of Northern Brewer hops, while a restrained bitterness, medium body, and dry finish will likely beckon the drinker to consume several on a beautiful spring day.

With hints of warm buttered bread and a side of hoppy spring herbs and fruit, Flaxen Ale is perfect for April. 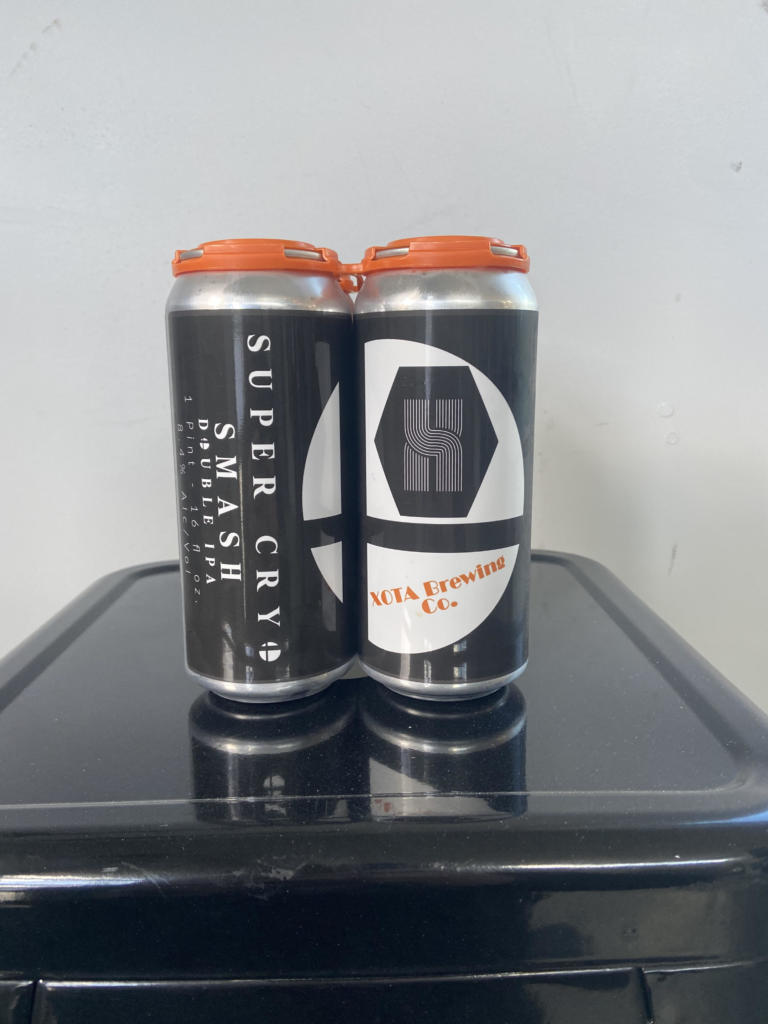 Super Cryo Smash was created using only Golden Promise malts and Cryo Columbus hops. It is reminiscent of the West Coast IPA’s of old. A subtle sweetness to start finishes with grapefruit and a noticeable bitter ending.

Tasting rooms are beginning to open up across the state, Brickyard Hollow is expanding to downtown Portland, sales are looking good for Maine’s first nonalcoholic craft beer, and an old-school Portland brewery gets some love.

Before Maine had some 150 craft breweries, it had one: Geary Brewing Company

A week after Woodland Farms Brewery launched Maine’s first nonalcoholic craft beer, all signs are pointing upwards for its place in a small but growing niche nationwide.

In a nod to the tourism season, Gov. Janet Mills allowed bars and taprooms to reopen to indoor service and relaxed capacity limits starting Friday.