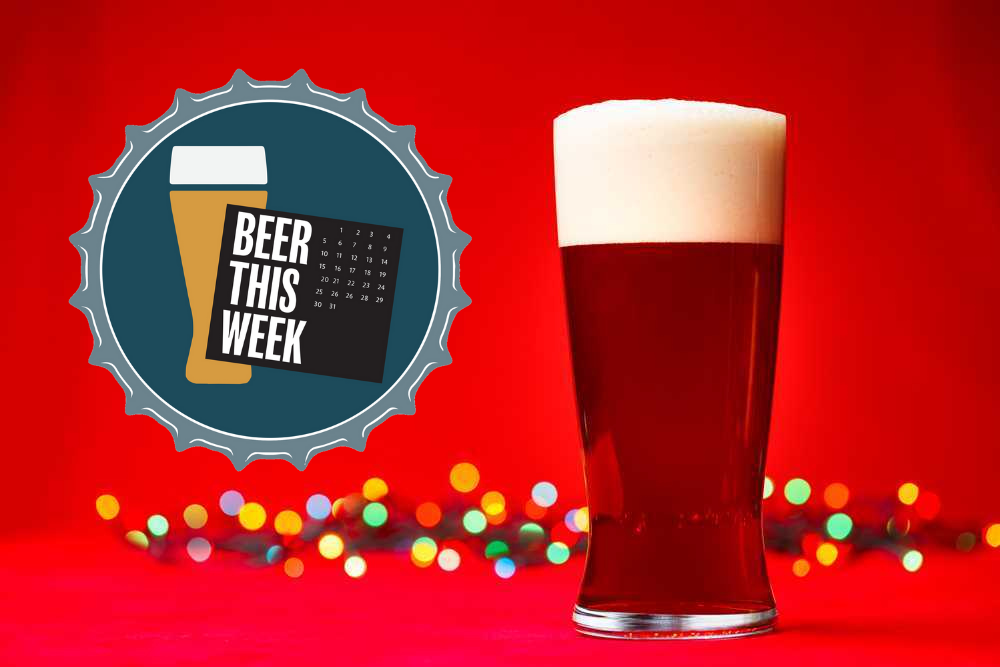 Christmas is almost here, and we have to admit that we’re feeling a little mushy and sentimental. We’ve really enjoyed bringing you all the latest and greatest beer releases from across the state, and hope that you’re digging our newsletter.

While you may be thinking, “What can I get for Maine Beer This Week,” we say, “OMG, we’re so flattered, but no need to get us anything for Christmas.” Instead, our Christmas wish is for you to go out and support our great state’s many breweries by buying beer, merch, and gift cards. Together, we can help our breweries survive this hellscape that was 2020 and have a safe and prosperous 2021!

Here’s this week’s guide to the latest beer releases, rundowns of what’s on tap, upcoming brewery events, and a roundup of Maine beer news:

We spy with our little eye(s) a LOT of serious IPAs coming out today, including Imperial, Double, and even TRIPLE IPAs all being released for your shopping and drinking pleasure. For those of you who prefer your beers a little less hoppy, we’ve also got a Pilsner, Sour Ale, Saison, and Bock to tell you about. 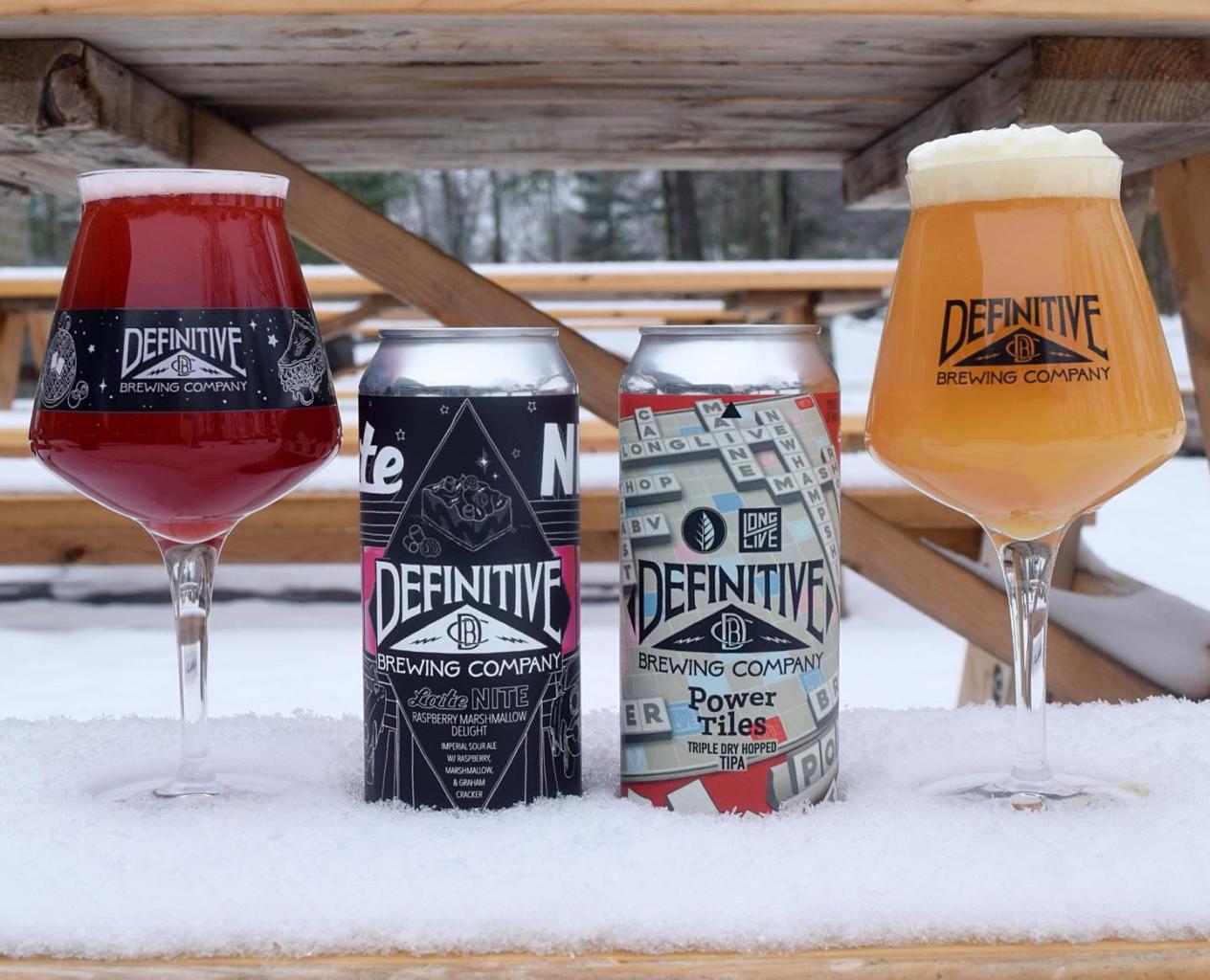 Late Nite: Raspberry Marshmallow Delight is a decadent variant in Definitive’s Imperial Pastry Sour series. This fruited kettle sour ale is treated with a delightful recipe of red raspberries, fluffy marshmallows, and heaps of graham crackers. It tastes like a festival of ripe berries, cool and creamy desserts, and marshmallow raspberry mousse! 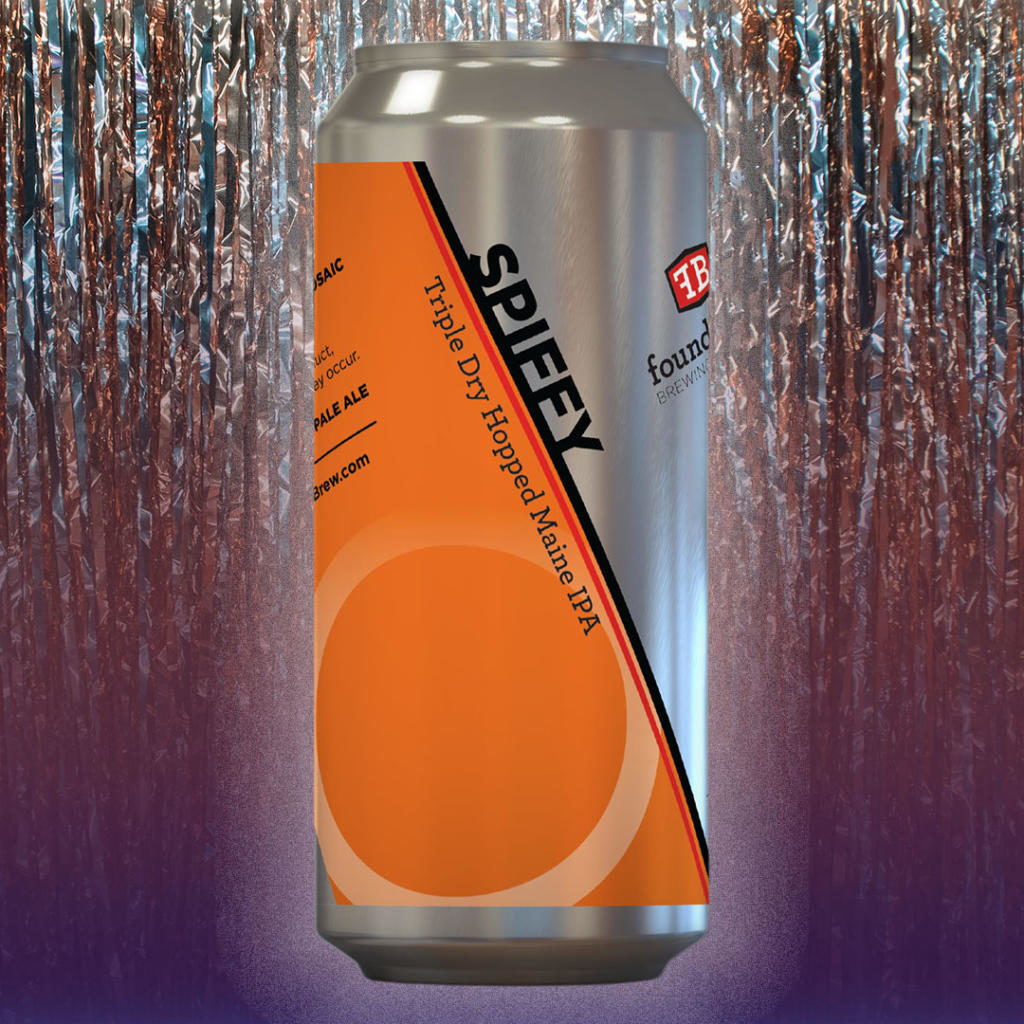 Spiffy, Epiphany’s badass cousin, is arriving in town for the holidays today. This beer has the same malt bill, hop varieties, and 8% ABV as Epiphany, then cranks up the hoppiness with a third dry hop and extra Citra and Mosaic. Spiffy is a hop lover’s dream, and we’re stoked Foundation is bringing it back. The tasting room will be open 12-5 p.m. on Wednesday, and 12-4 p.m. on Christmas Eve. 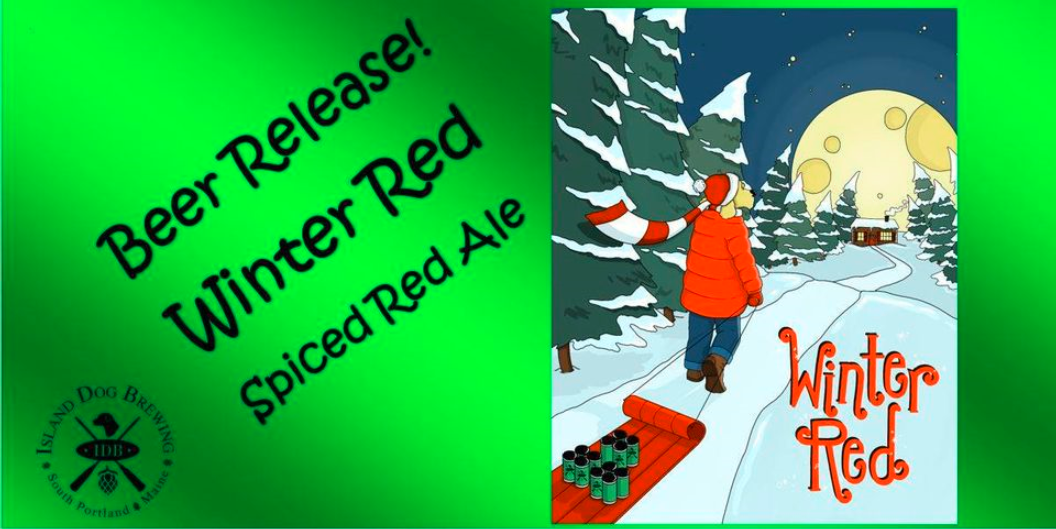 Winter Red — a Red Ale brewed with dried apples, cranberries, and mulling spices — is back in cans for a very limited time! Island Dog is open today from 12-5 p.m. for last-minute gifts and your holiday beer stock-up run.

CITRA DOUBLE DRY HOPPED OH-J is a hammer of hops with structured haze, a brilliant gold color, and a glorious white head worthy of taking a place alongside its haze monster brothers. A beautiful citrus peel aroma is complemented by a mild orange creamsicle sweetness and a complex range of bright tropical fruit notes. Reminiscent of orange juice, CITRA DDH is accentuated by notes of subtle lime, mango, and grapefruit that culminates in slight alcohol spice. Available today in Portland, and Saturday in Gorham. 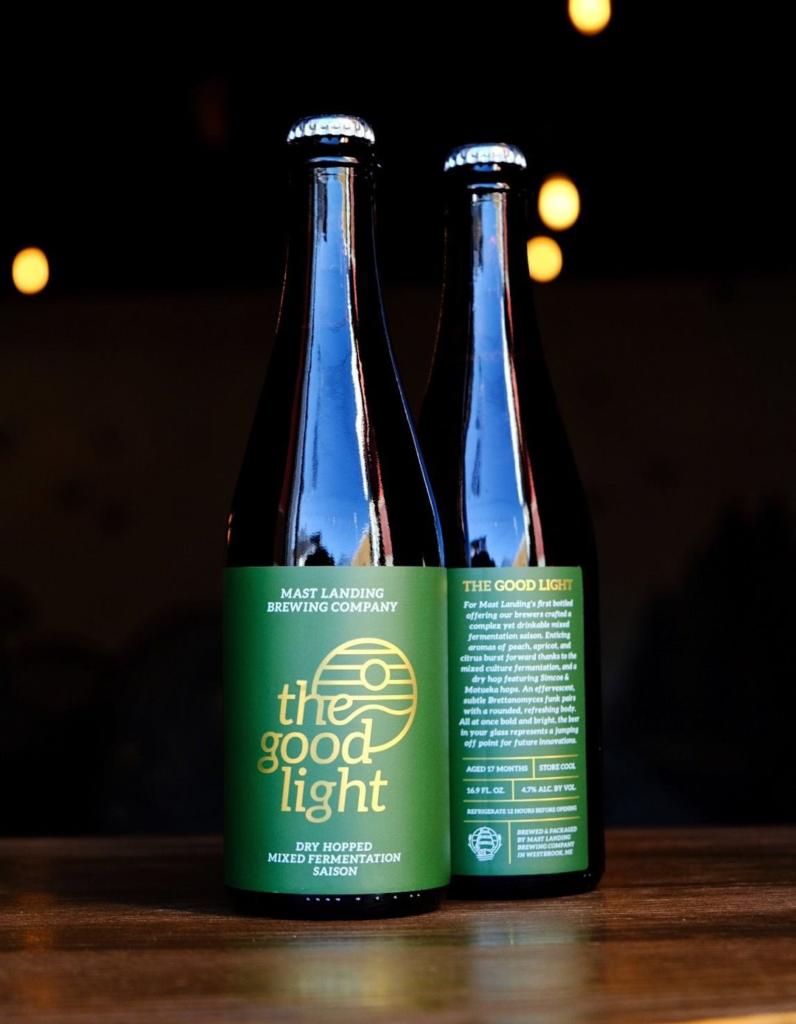 For Mast Landing’s first bottled offering, their brewers crafted a complex yet drinkable mixed fermentation Saison. Aged for 17 months, The Good Light has enticing aromas of peach, apricot, and citrus that burst forward thanks to the mixed culture fermentation, and a dry hop featuring Simcoe & Motueka hops. An effervescent, subtle Brettanomyces funk pairs with a rounded, refreshing body. 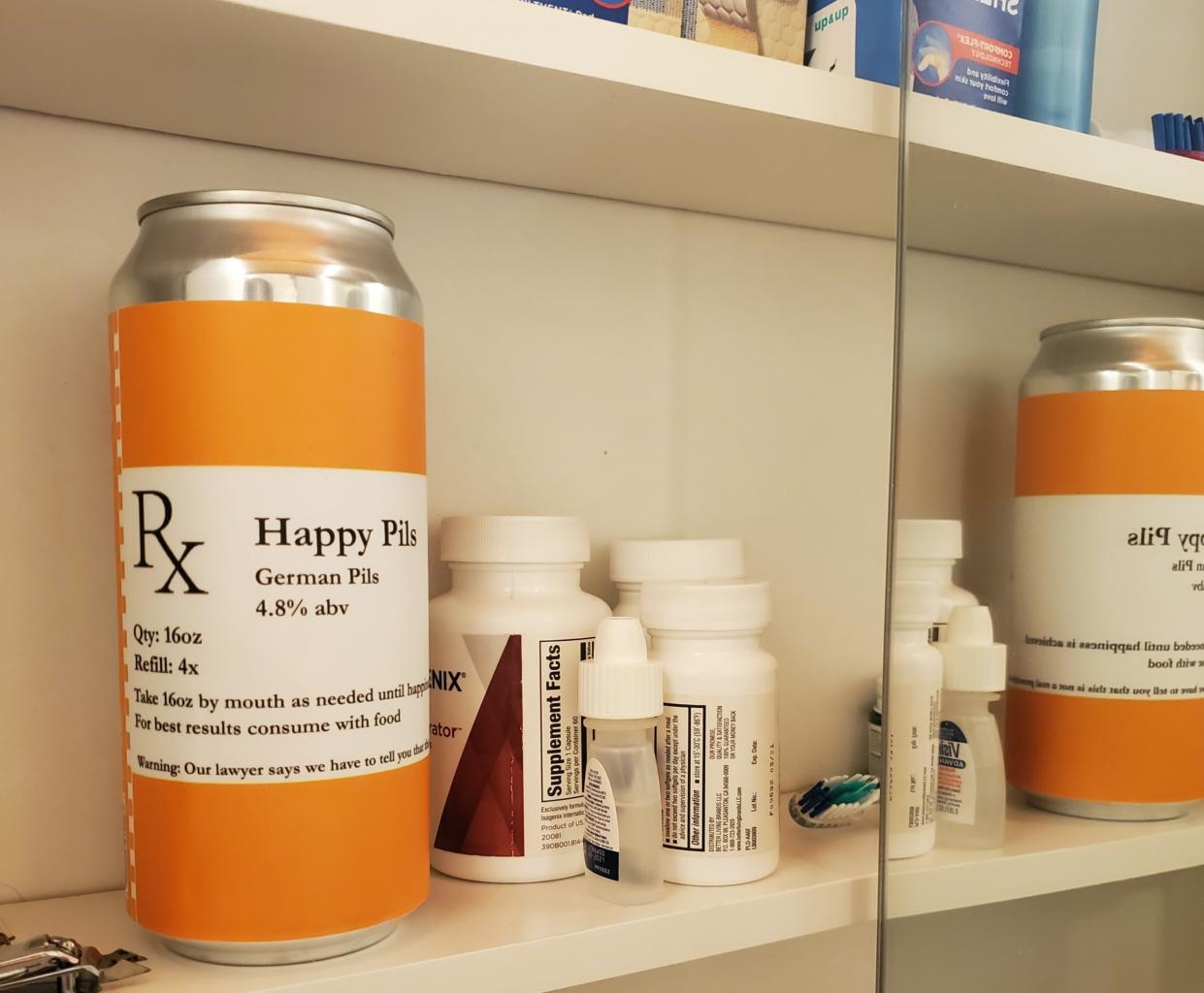 Bath Brewing will be releasing Happy Pils on draft and in 16-ounce cans at some point this week. It’s a crisp refreshing Pils brewed simply with pilsner malt and hopped with Cascade. 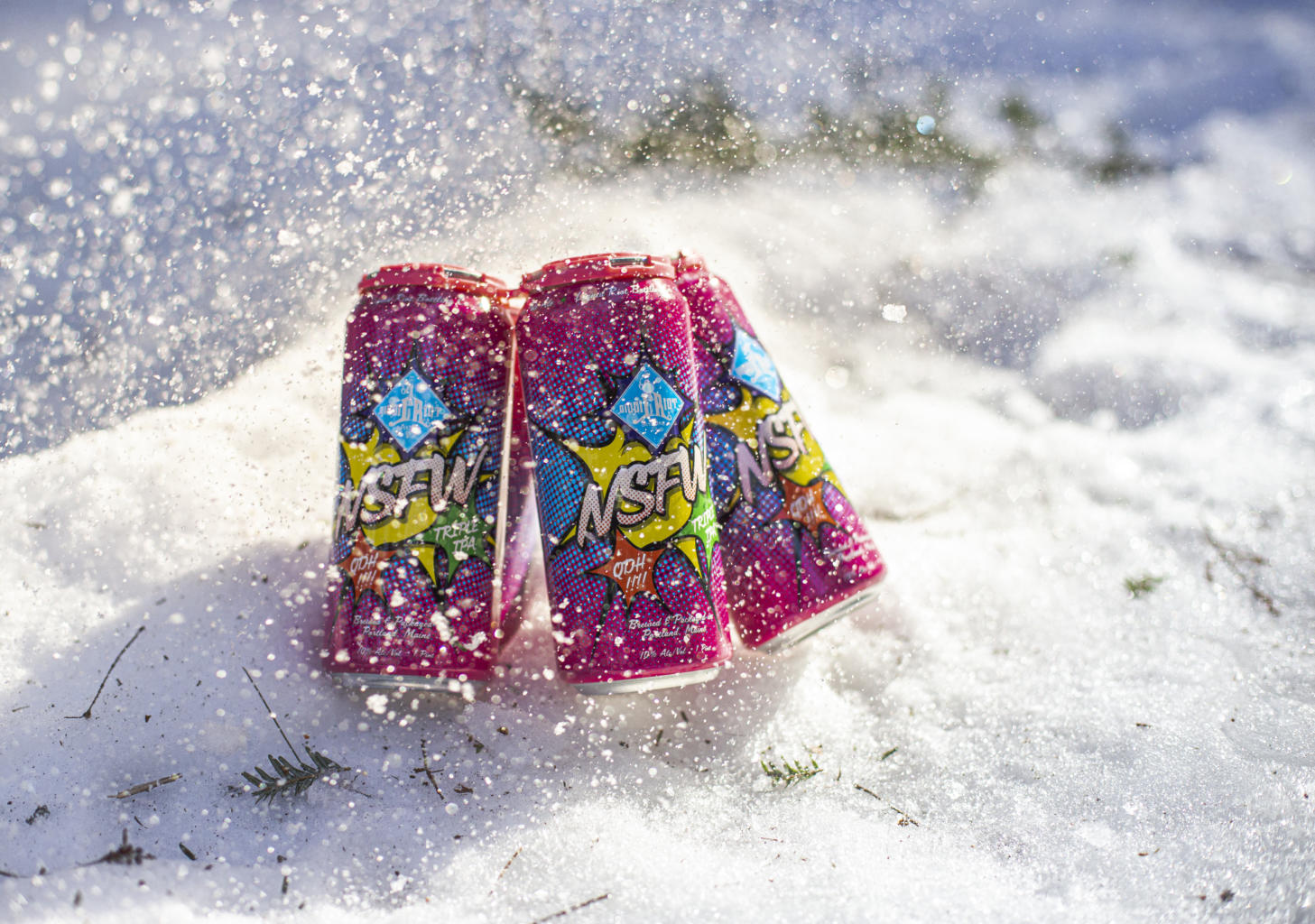 It’s back again by popular demand. More NSFW for all those Triple IPA heads out there. Funny how everyone says they don’t drink Triple IPA’s because it’s too much for them to handle, but Liquid Riot keeps selling out. Hmmmm? This quadruple dry-hopped Triple IPA features Cashmere, Mosaic, Citra, Southern Cross, Amarillo, and Simcoe hops. 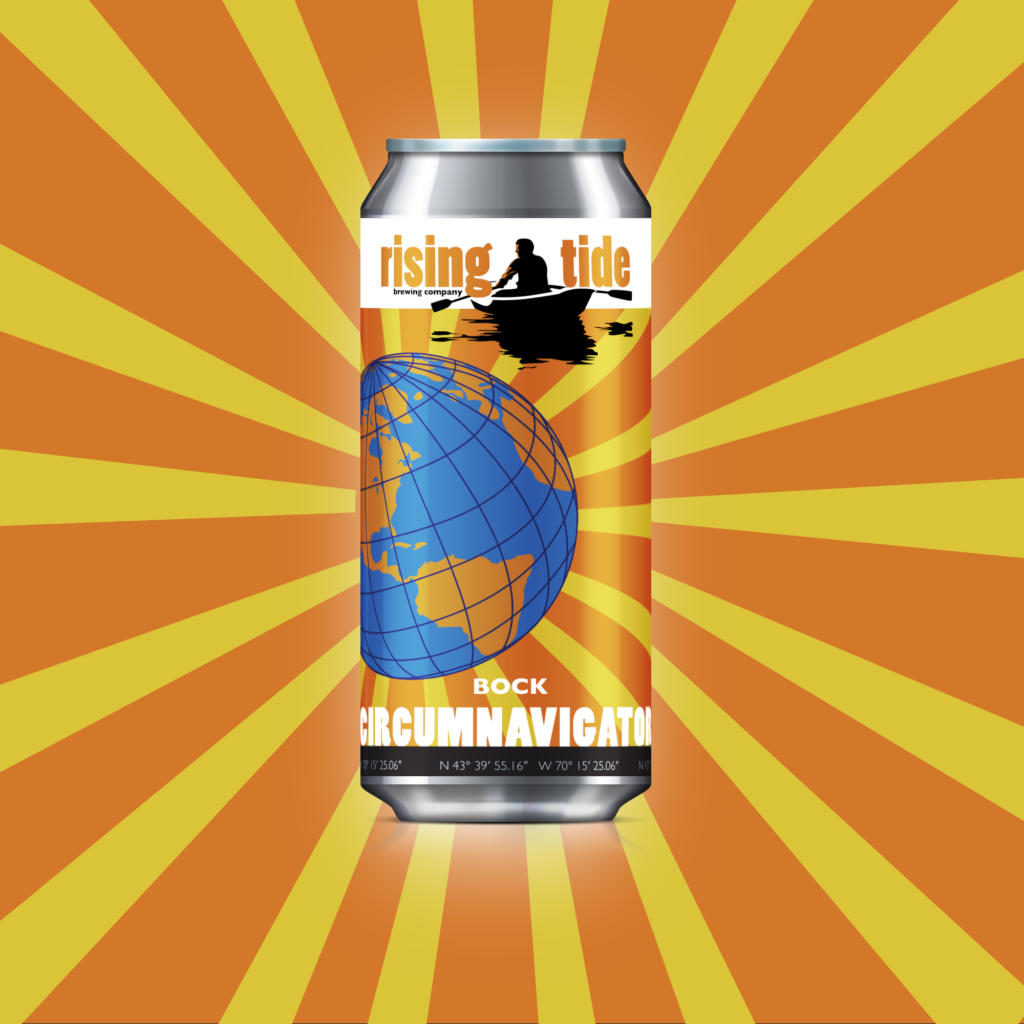 Rich, smooth, and malty with notes of toast and hints of dark chocolate, Circumnavigator is perfect for getting cozy on a chilly winter afternoon. It should be available next week, so keep your eyes peeled…

This past week saw the return of a couple of old favorites, including an Imperial Amber Ale, and one of our favorite beer odes to movies starring Bill Murray. We’re also pretty stoked about an IPA brewed with white grapes — perfect to help toast the new year. 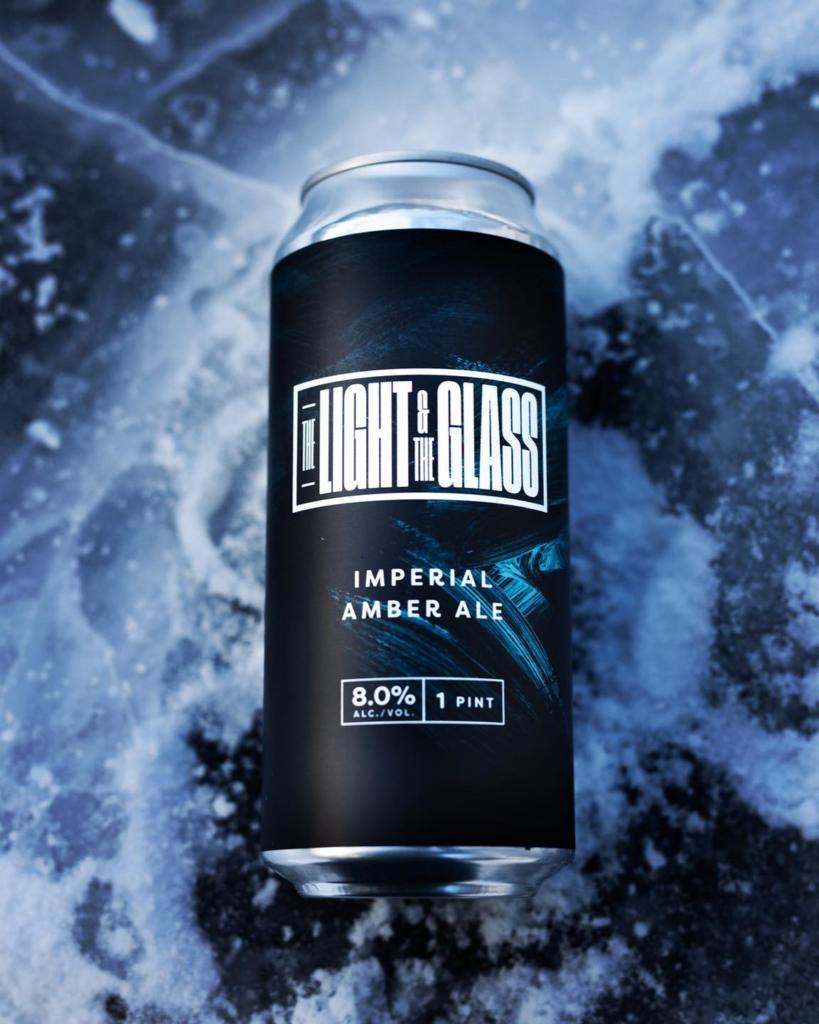 The Light & The Glass is back for its annual showcase and we welcome it with open arms. Pummeled with Citra and Simcoe, this Imperial Amber balances big dry-hop characteristics and a malt base that’s never late to work. Grapefruit, stone fruit, and berry on the nose followed by flavors of toasted malt, citrus pith, and a barely bitter finish. 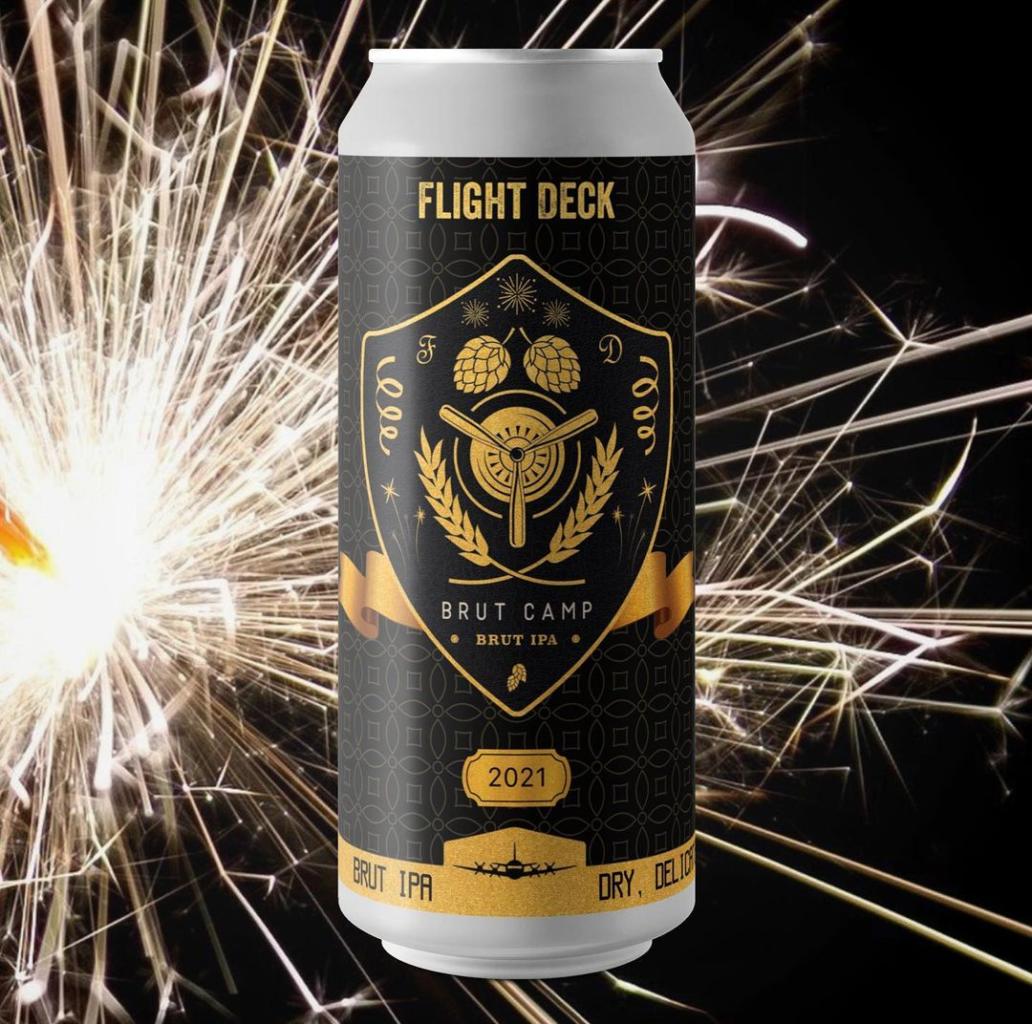 Brewed to celebrate the year we’re (finally) leaving behind, and to look forward to the year ahead. This vivacious India Pale Ale combines a dry, bubbly body with refreshing flavors of white grapes and hops creating a beer lover’s perfect beverage for New Year celebrations. Pack your seabag — you’re headed to Brut Camp. 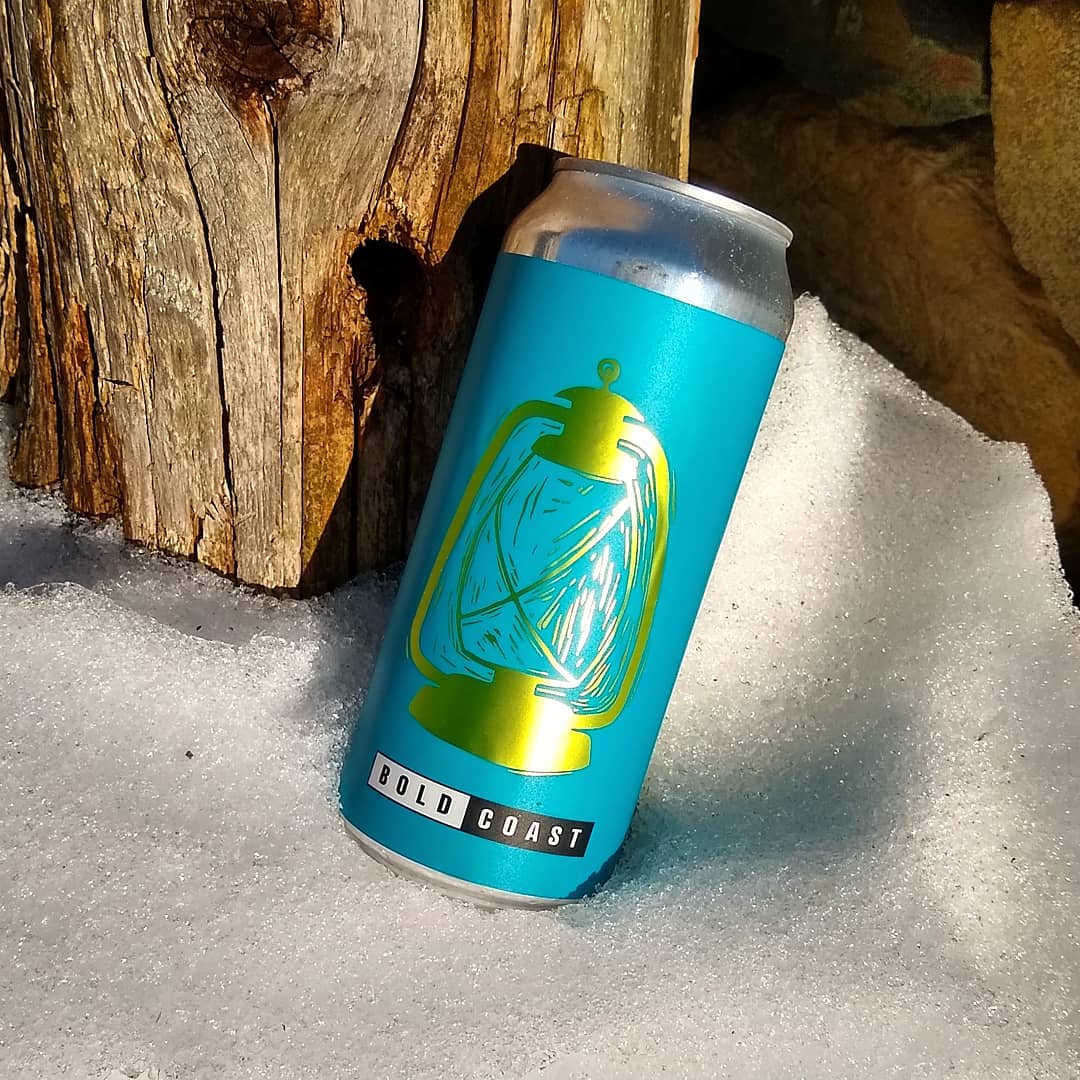 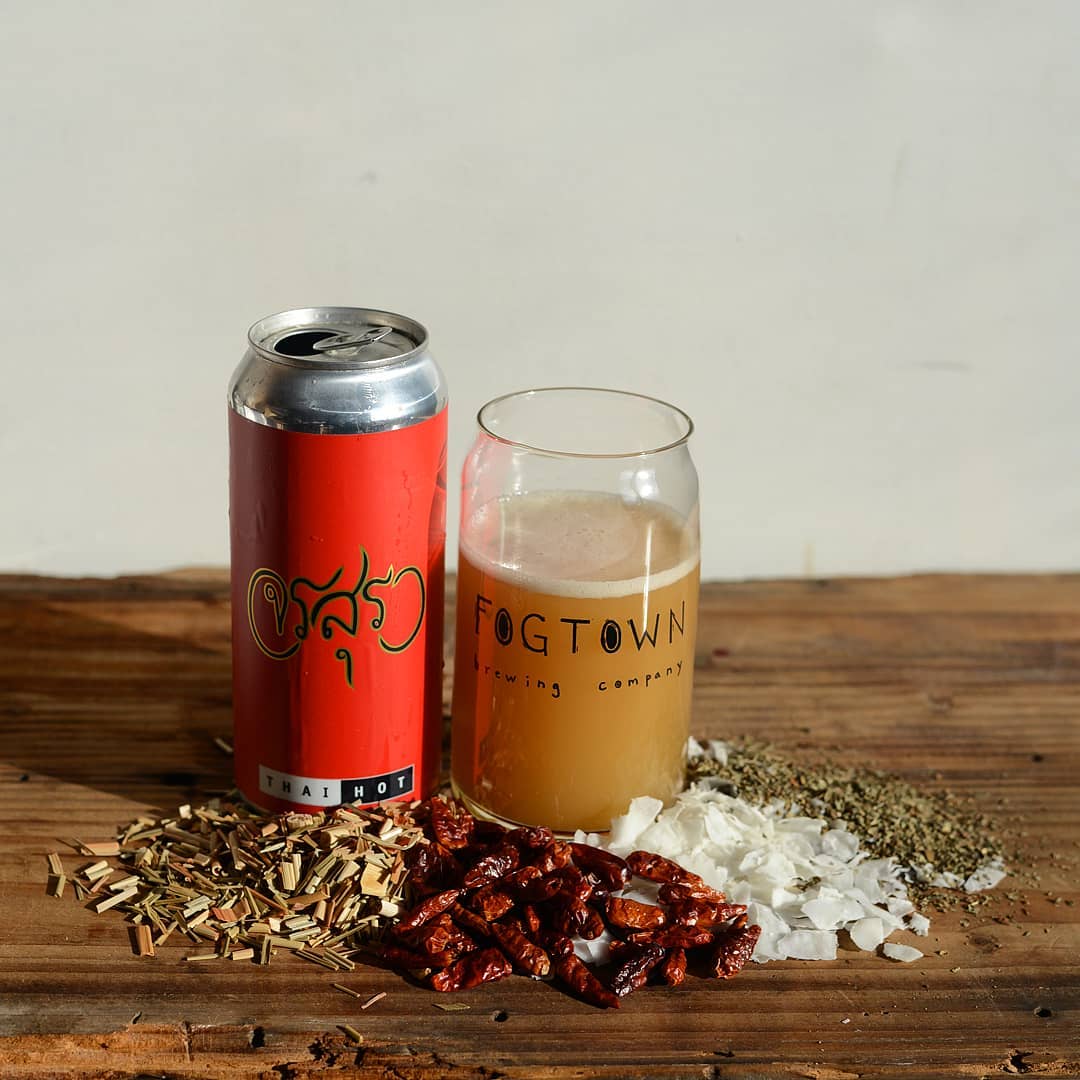 Fogtown Brewing took their flagship Maine Coast Session IPA (made with Maine-grown grains) and double-dry hopped it with Ella, Mosaic, and Citra to craft the juicy, hazy brew known as Bold Coast. 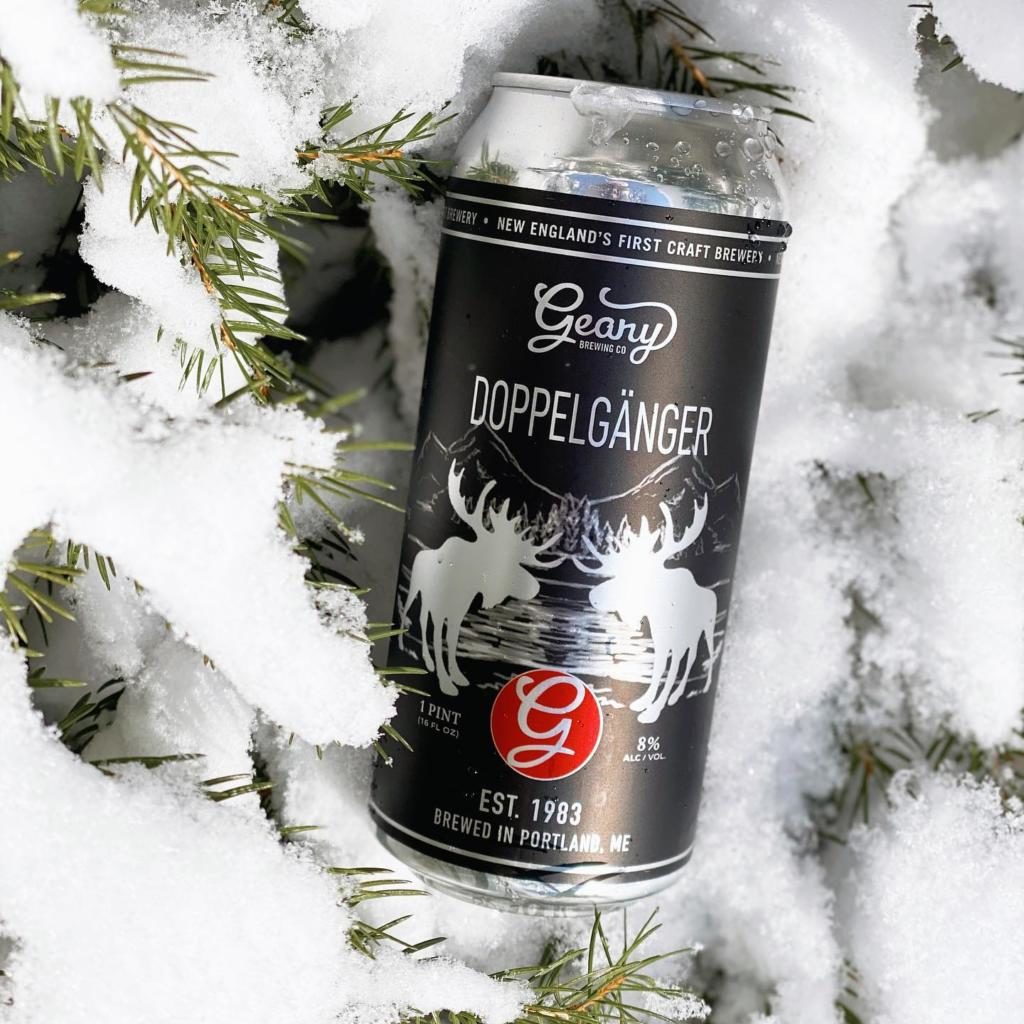 This Doppelbock, a dark lager, is rich and full yet crisp and approachable. Weighing in at a robust 8% with ripe flavors of dark chocolate and fruit, Doppelgänger is sure to elicit visions of sugar plums dancing in your head. 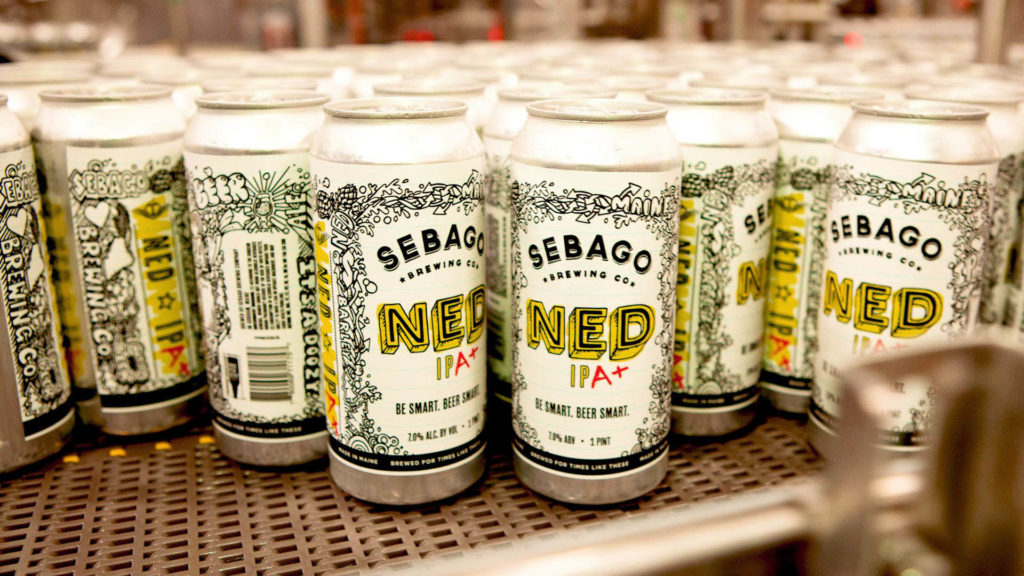 It’s two days until Christmas, but the folks at Sebago Brewing are already getting a jump on Groundhog Day! NED IPA+ is now on shelves and on draft at all Sebago brewpubs and the Tasting Room. And if it feels like déjà vu, it’s because they initially brewed Ned Ryerson back in 2016 in honor of Portland Beer Week (and Bill Murray in “Groundhog Day”). They re-released it in 2018 as NED IPA+ with a re-worked recipe using Mosaic, Columbus, El Dorado, and Simcoe™ hops, plus Simcoe™ Lupulin Powder, and Thomas Fawcett malts, Golden Promise, Pale Crystal, and Rye — and with a fun new can. We hear it pairs well with flapjacks. 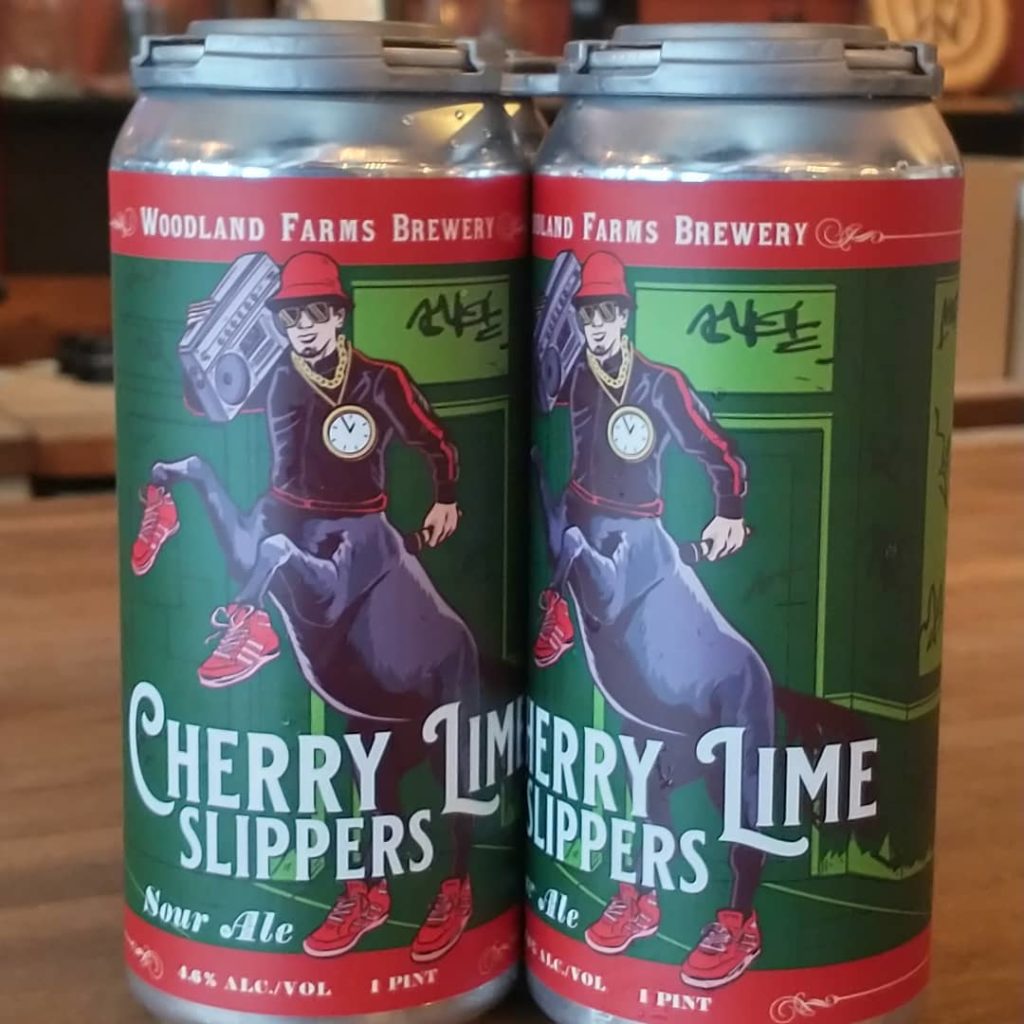 Finally, some good news for Maine brewers is on the horizon if the new federal stimulus package gets passed. Also, a whole lotta love for Maine Beer Company in the news this week. Guess they’ve been EXTRA good this year! Santa, please take note.

Maine Beer Company Is Powered by the Sun

By maximizing its solar arrays and participating in community solar programs, Maine Beer Company is taking environmental stewardship seriously—and it’s a model that other breweries could follow.

Each brewery put its own spin on the recipe to release unique beers under one label for the benefit of the Maine Brewers’ Guild.

Doing What’s Right Should be Good for Business. Is It?