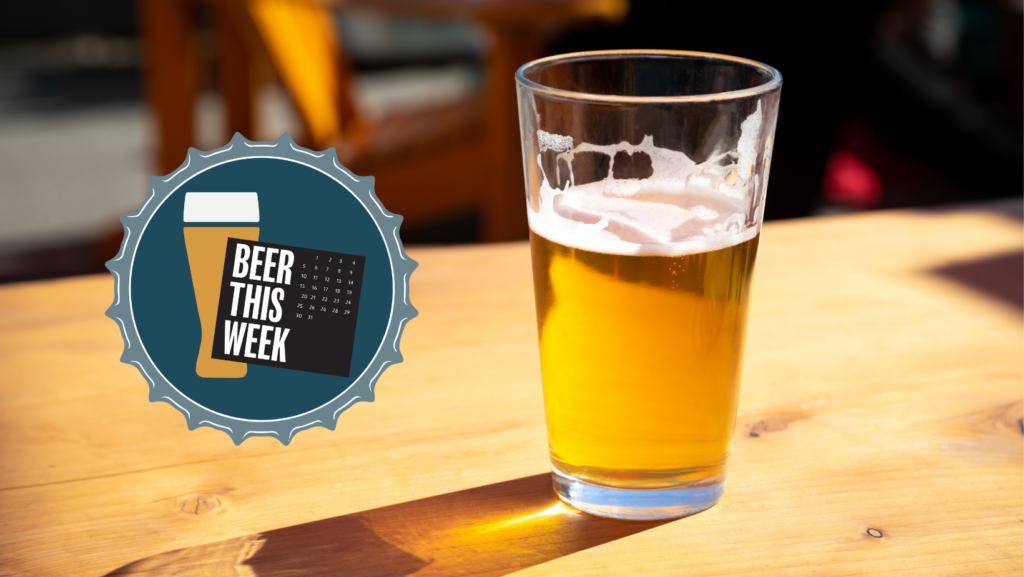 Have you dug out your car yet, bub? We hope so because there are a LOT of events and beer releases that you’re not going to want to miss this week. Oh, and we have a feeling some of them will pair well with any sporting event you might decide to flip on this weekend. Just don’t ask us which one pairs best with BETRAYAL (Tom Brady, how could you…). Ahem, but we digress.

It may look different this year, but it’s time for one of our favorite annual events —Allagash’s Wild Beer Round-Up, er, Drive-Up. Read all about it, along with the deets for Maine Beer’s next Dinner drop and new releases from Blaze, Definitive, and Fore River. 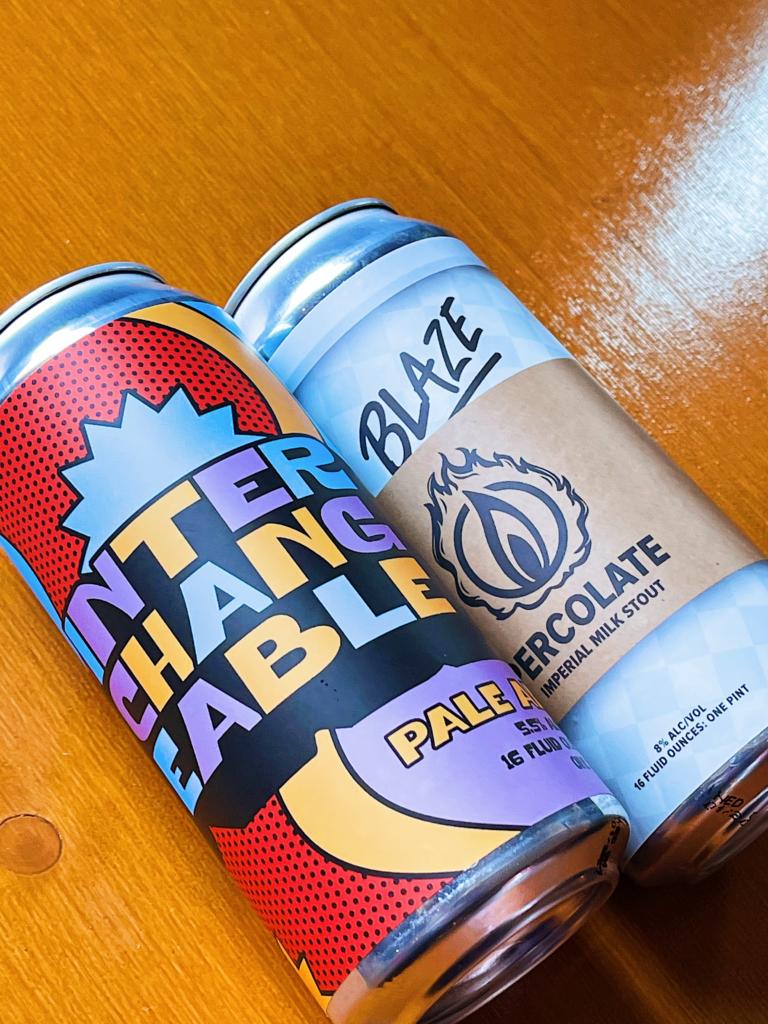 Percolate is a maple, pecan, and coffee Milk Stout brewed with a plethora of dark malts and conditioned excessively on an opulent bed of coffee, pecan, and maple syrup. Percolate pours a brilliant jet black with a latte-like head and smells and tastes like praline and chocolate chip pancakes smothered in maple syrup. Perfect for a relaxing night or slow morning. 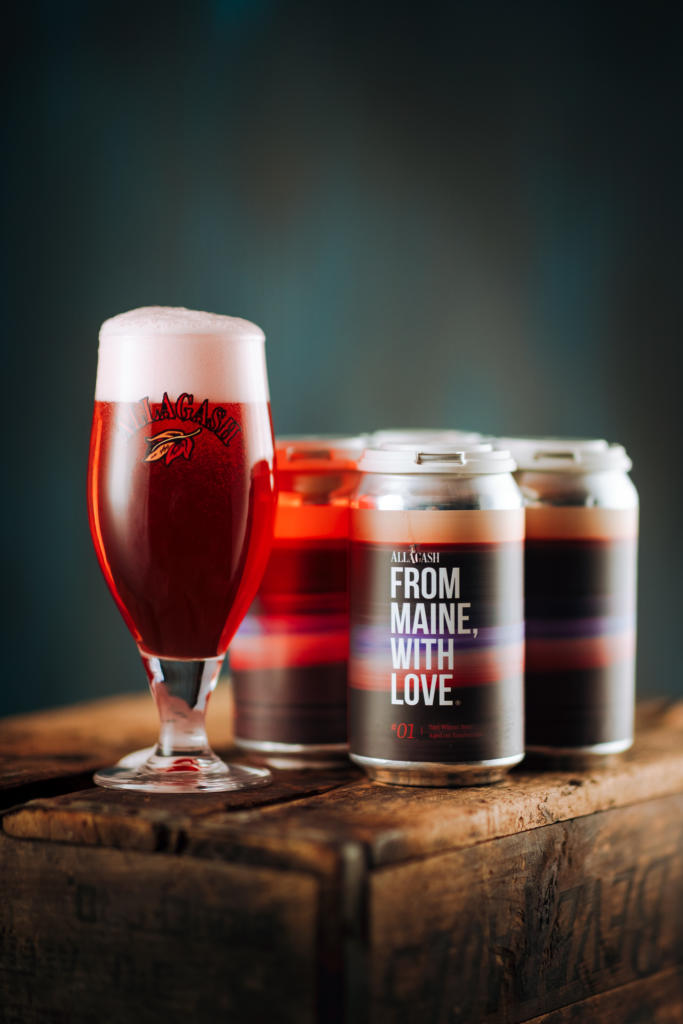 Part of Allagash Brewing’s hyperlocal, limited-release series of small-batch beers, From Maine With Love #1 is a Wheat Beer aged on raspberries that had previously been used in Coolship Red, their spontaneously fermented raspberry beer. 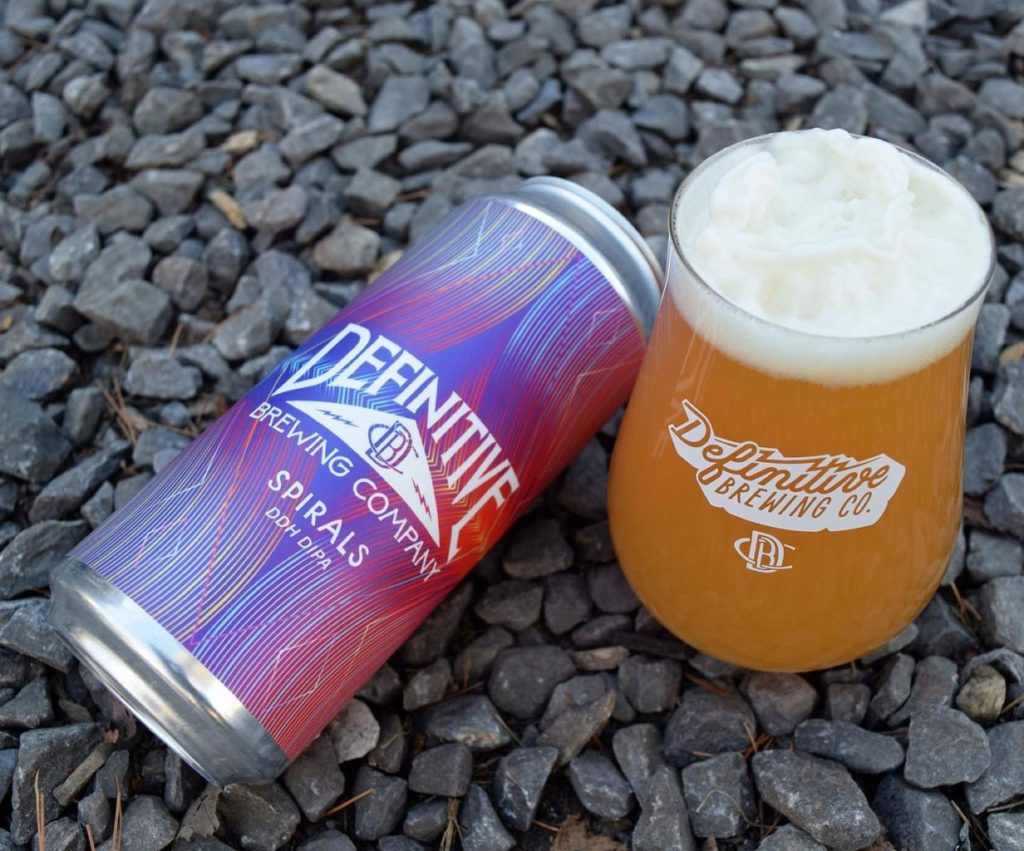 Spirals is re-joining Definitive’s line-up this weekend. Let’s see if this batch can keep us spinning just like the last! This Double IPA features traditional Citra hops and Citra cryo hops. It’s a real hazy powerhouse that tastes and smells like lemon-lime meringue, yellow cantaloupes, and crushing the winter blues. Available in Portland on Friday, Kittery on Saturday. 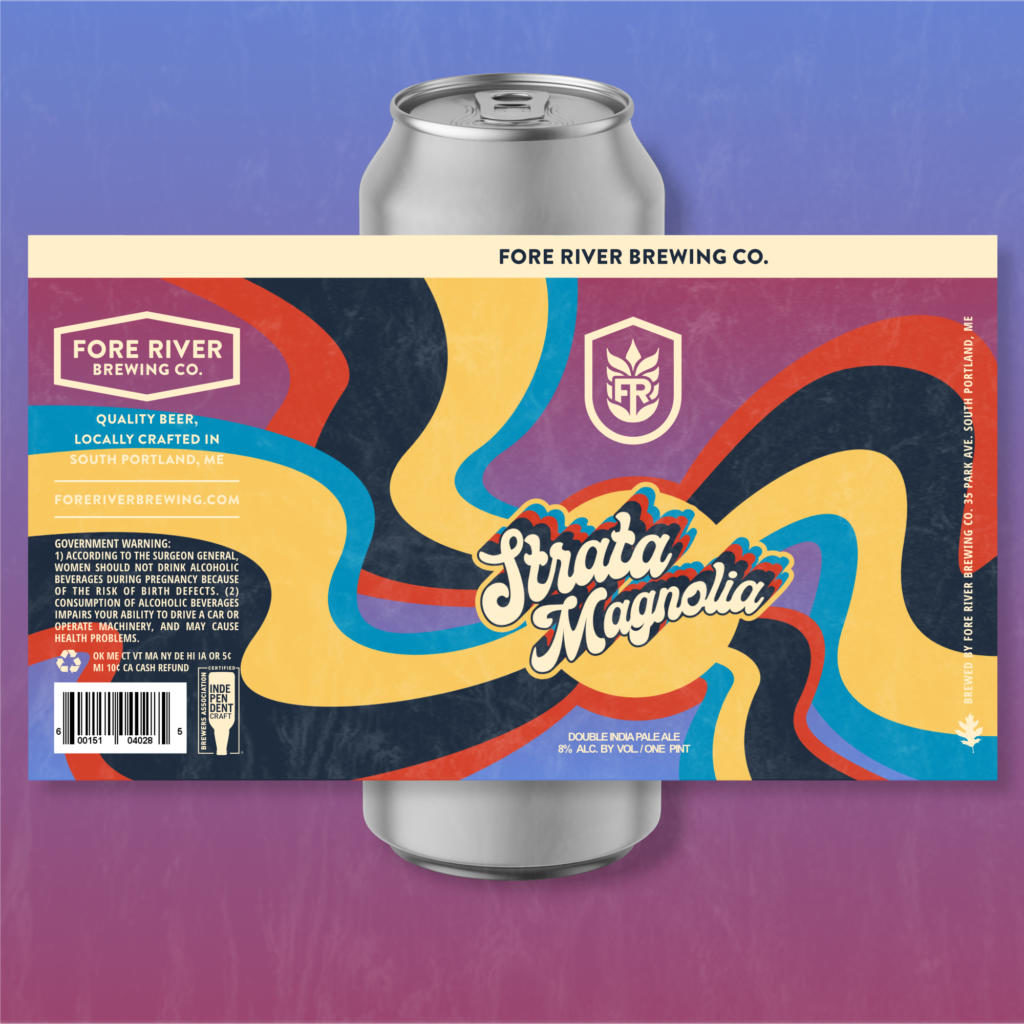 Strata and Galaxy hops. Golden Promise base malt. Sweet aromas of tropical fruits and berries, beautifully complemented by a balanced, bitter backbone, and that classic hazy and juicy DIPA feel that we all know and love. This is Fore River’s second EVER Double IPA, drinking at 8% with a soft, golden yellow color and bright white head, and features a label designed by Fore River employee, Mark Nardo. 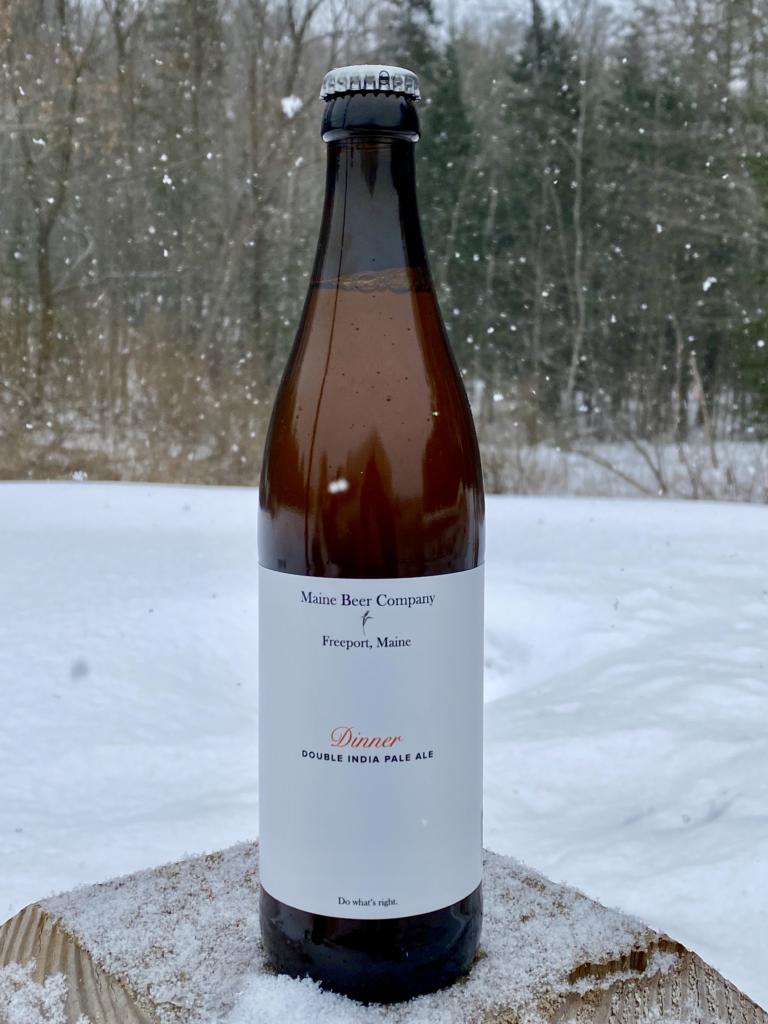 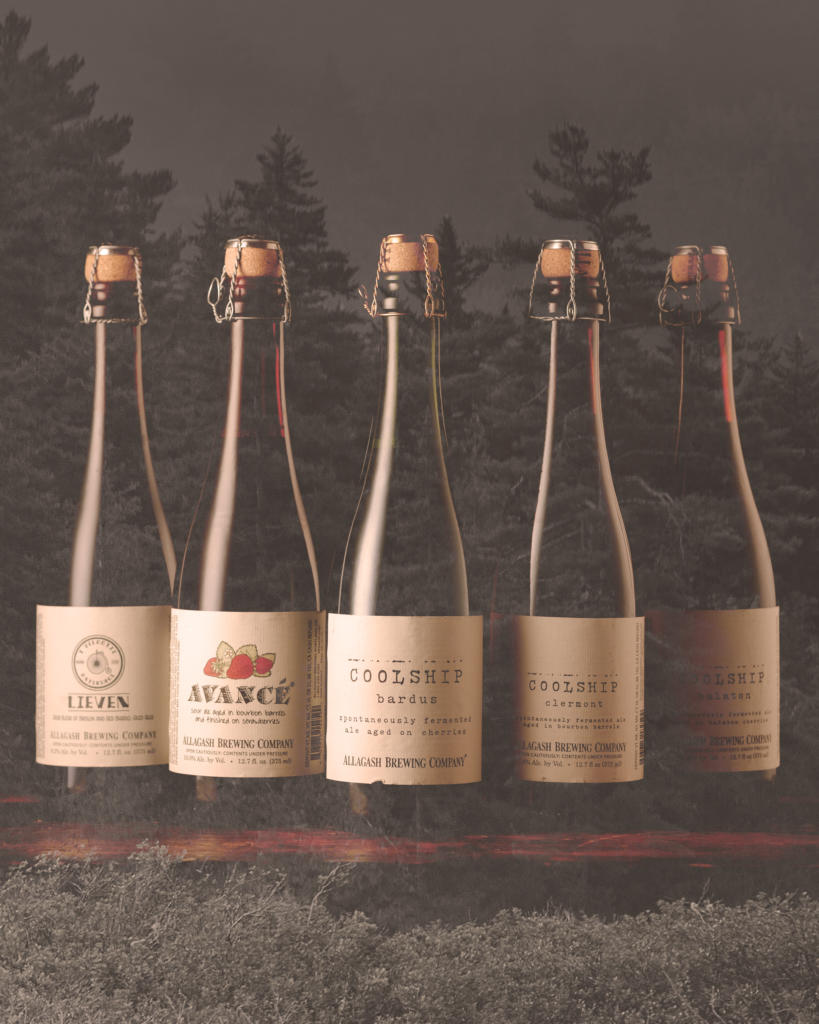 Allagash Brewing will be releasing 70+ different rare and wild bottles, not to mention new, limited beers to-go by the growler in one of their biggest events of the year. All beers will be first-come, first-served (first-sold?). On top of the mammoth list of 375ml bottles available for purchase, there will be rare, wild growler pours, prizes, giveaways, and much more fun stuff in the store.

Groundhog Day has come and gone (unless you’re still reliving it, in which case we guess you’ll be reading this email every day for a while, enjoy!), but you may feel like you’re getting a sense of déjà vu when you peep the latest beer in Sebago’s lineup. Liquid Riot has us nervous to find out “What’s in the Box” and Foundation has done it again, cramming a beloved dessert into a beer can. 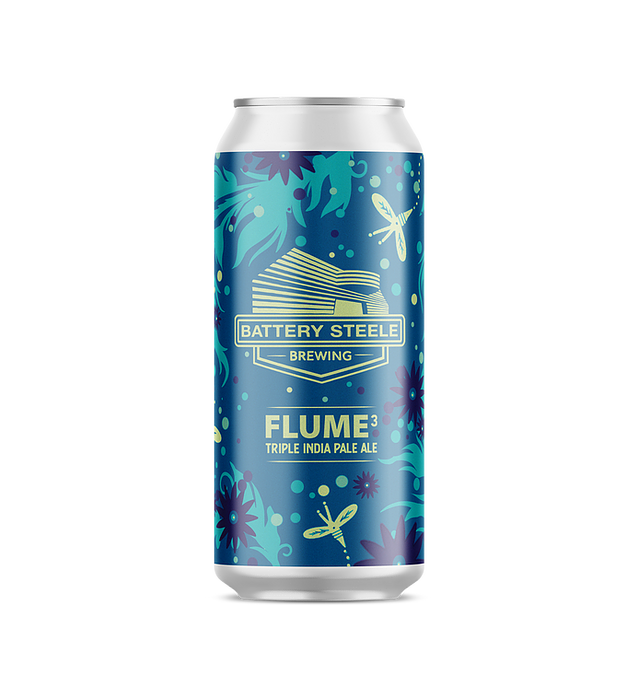 Flume Cubed is making a comeback just in time to cure those mid-winter blues. But this version is a wee bit different than the usual Anniversary Edition. The brewers at Battery Steele found themselves craving the palate-wrecking tropical fruit aromas of the traditional Flume Cubed, but still longing for that piney and resinous Flume finish. Instead of adding Galaxy to the dry-hop, they kept the hop profile loyal to that of Flume. With aggressive amounts of Citra and Mosaic, expect notes of ripe papaya, mango, and tangerine, with a subtle piney finish. This Triple IPA is truly a cranked up rendition of Flume. 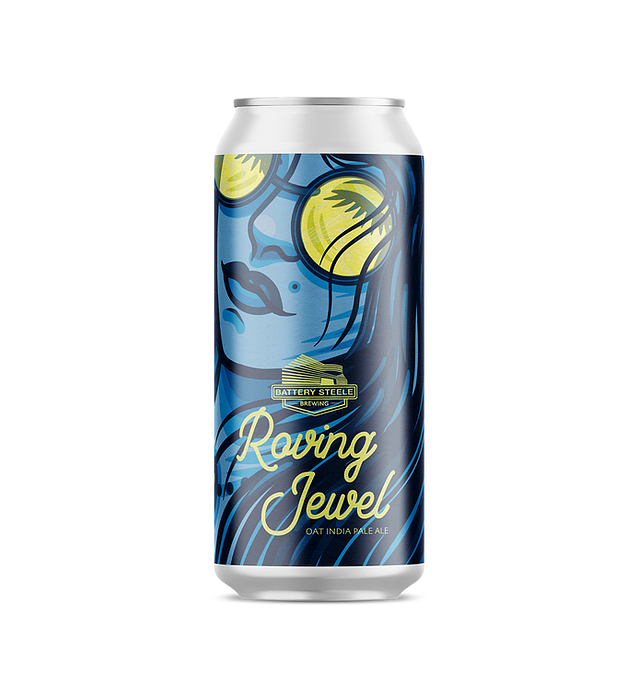 Roving Jewel, a new Oat IPA, draws its most defining characteristic from the massive addition of oats to its grain bill. To push it even further, the brewers added a liberal dose of oat cream and a touch of milk sugar. The result is a pillowy soft, ultra-creamy mouthfeel that carries with it the intense flavors from generous additions of Citra, Galaxy, and Motueka. Expect bold notes of passion fruit, lime, peach, and the apricot lending way to a clean dank citrus finish, just begging you to crack open another can. 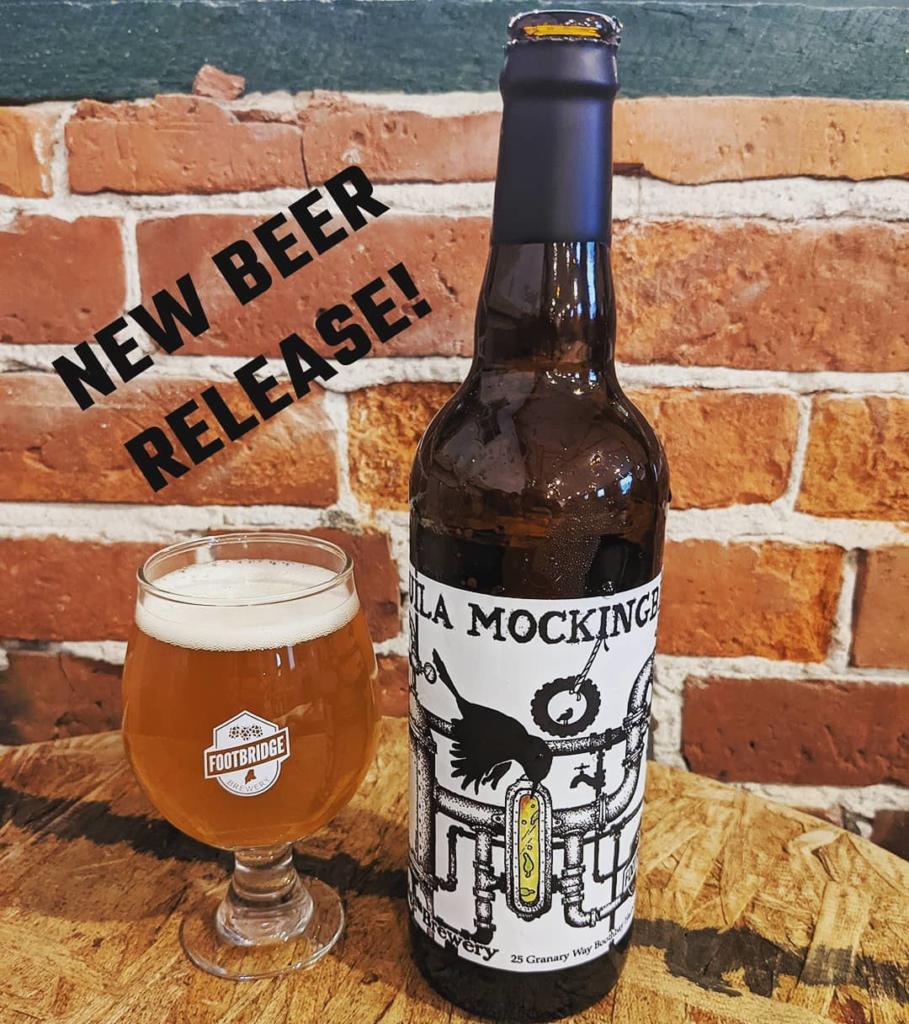 This limited-edition brew only has 240 bottles!!! Tequila Mockingbird was aged for 11 months in Reposado Tequila barrels. It starts with notes of agave that melts into gentle oak hues as the jalapeños and habaneros build a gentle heat. The rich golden color unveils the Passito wine mouthfeel. 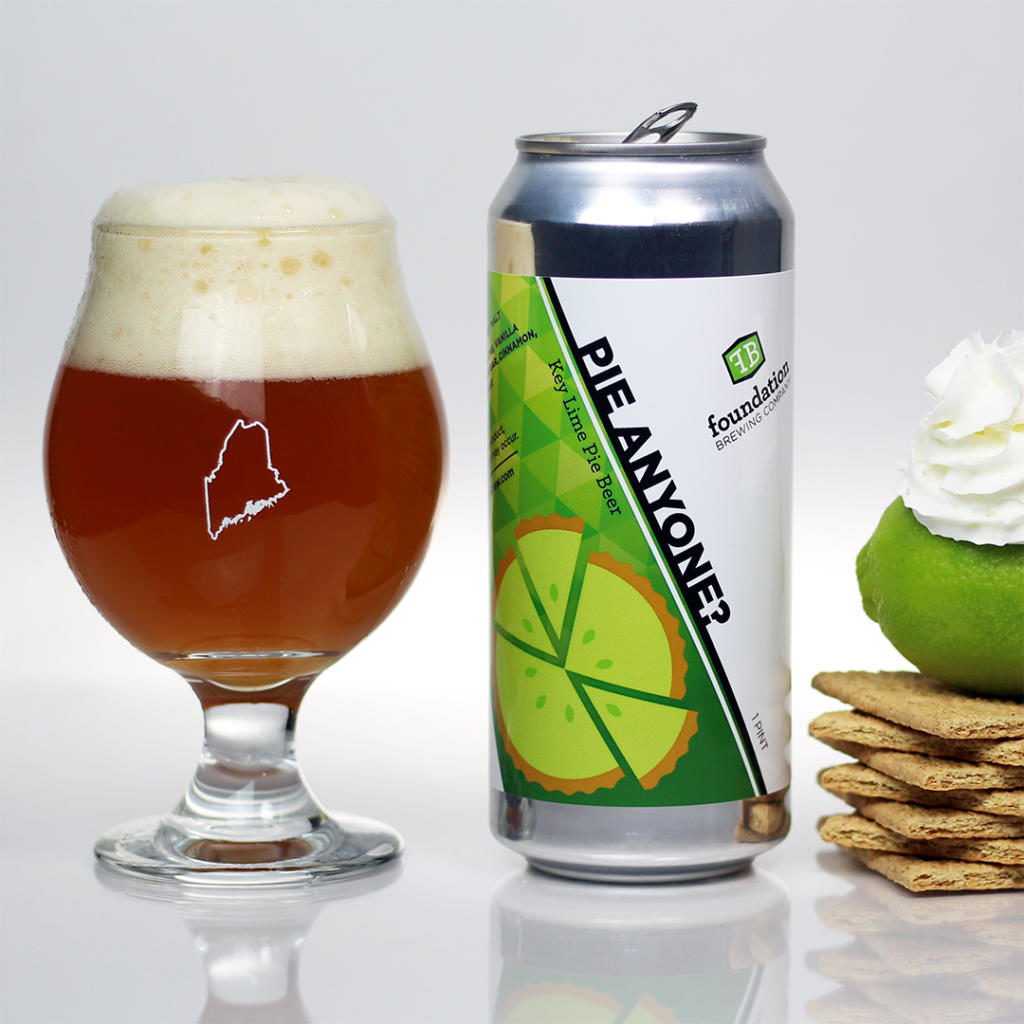 When dreaming this one up, Foundation Brewing took all the elements of one of their favorite desserts and brewed a beer that would live up to the transcendent joy of tucking into a slice of key lime pie. Pie Anyone? Key Lime Pie was mashed with graham crackers, brewed with milk sugar, and fermented with lime, vanilla, brown sugar, cinnamon, and nutmeg. It’s a dreamy dessert in a can. 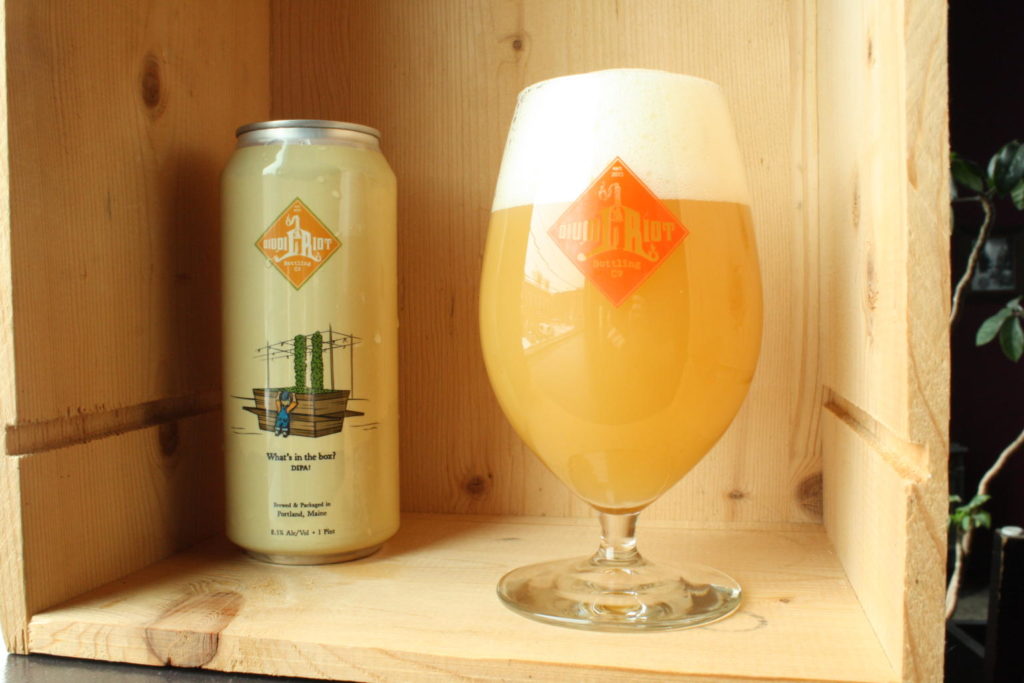 What’s in the Box? is a Double IPA that uses Citra, Mosaic, Southern Cross, and Galaxy hops. 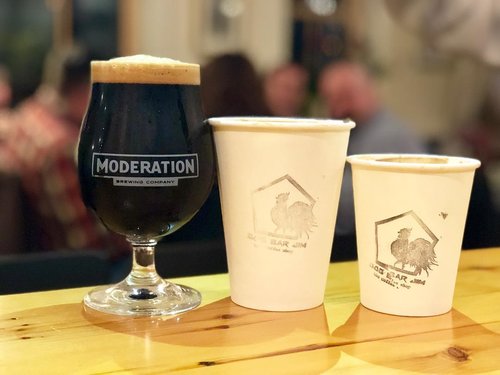 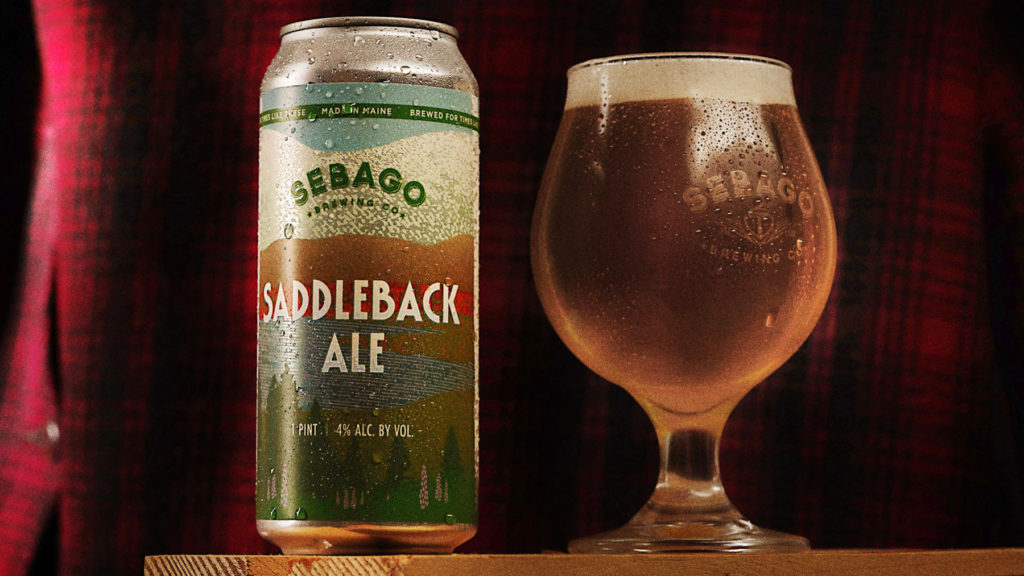 Saddleback Ale has been a fan favorite since Sebago Brewing started brewing beer back in 1998. The lager was originally called Portside Pilsner until it was renamed Northern Light Ale when they started bottling it, and then it was re-renamed Saddleback Ale, which is what most people know it by.

Sebago just released it in cans for the first time ever, in part to celebrate the reopening of Saddleback Mountain after a five-year hiatus. This all-malt crisp beer is super light and drinkable. Their brewers have also evolved the recipe to include more Maine-produced malt and a portion of Maine-grown Cascade hops. 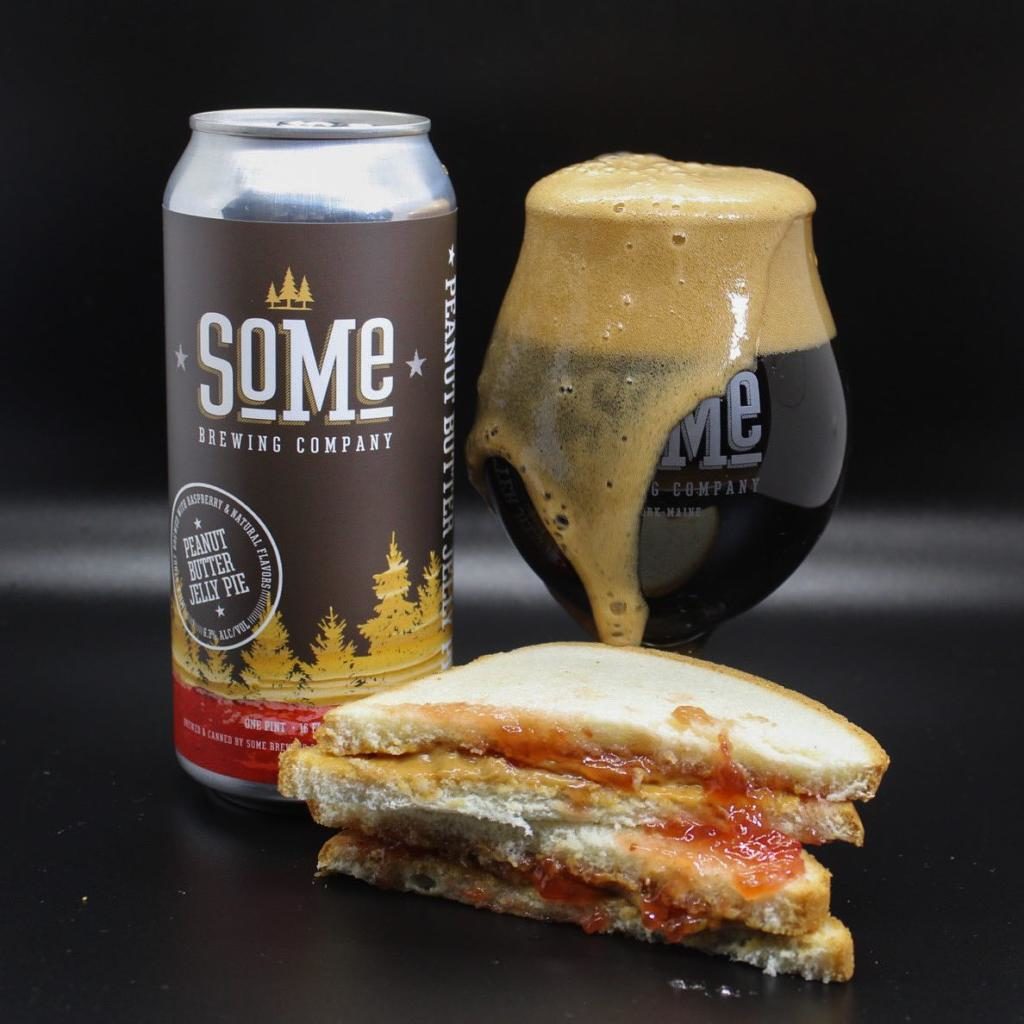 The big brother of Mainely, Tailwhip IPA is a Citra-Galaxy dry-hopped American IPA that gives you a nice kick of citrus with bready malt undertones and a lingering bitterness that keeps it very balanced.

This week we’ve got a few rundowns of where you can get out and enjoy Maine brews, news of a collab with a Canadian brewery, eh, and a look at how Maine brewers are going green.

Tap Lines: Maine breweries aim to reduce their impact on the environment

Eat, drink and skate away from your winter blues at these 3 Portland-area venues

There are still many options for getting out of the house for some relatively safe, cold-weather eating, drinking, and merrymaking.

2 Crows Brewing has announced details of two collaborative beers that were surprise dropped over the weekend to wrap-up a series of 4th-anniversary releases.