15 Of The Very Best Craft Cocktails In Portland, Maine

With more and more people visiting Portland, Maine on a regular basis, the craft cocktail game in the city has gotten stronger. Locals remember that it wasn’t THAT long ago when the Old Port was filled with dive bars and dance clubs. These days, upscale restaurants and bars are the name of the game with many of them are serving up some ridiculously delicious cocktails that you need to put on your bucket list immediately. Here’s 15 of the very best craft cocktails being served up in Portland right now.

Mutiny On The Bounty (Blyth & Burrows) 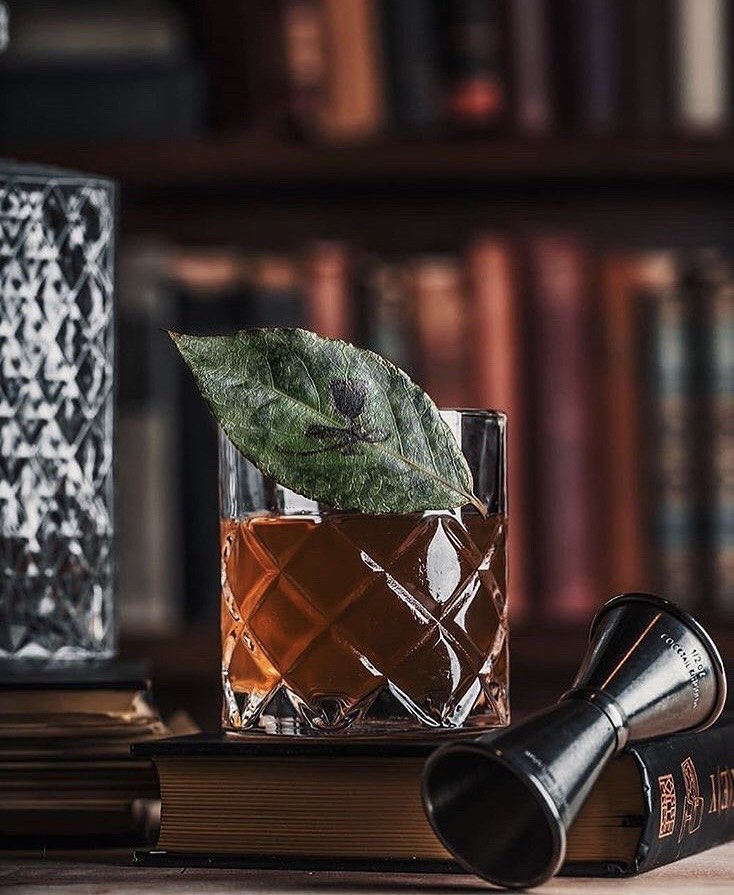 Voted the single best cocktail in Portland via the Best Of Portland Old Port Awards 2021, Mutiny On The Bounty is perfection for scalawags or seasoned pirates alike. Irish whiskey, pineapple absinthe, charred coconut, house falernum and tiki bitters make up this bountiful cocktail that Blyth & Burrows proclaims “is good enough to cause an uprising”. 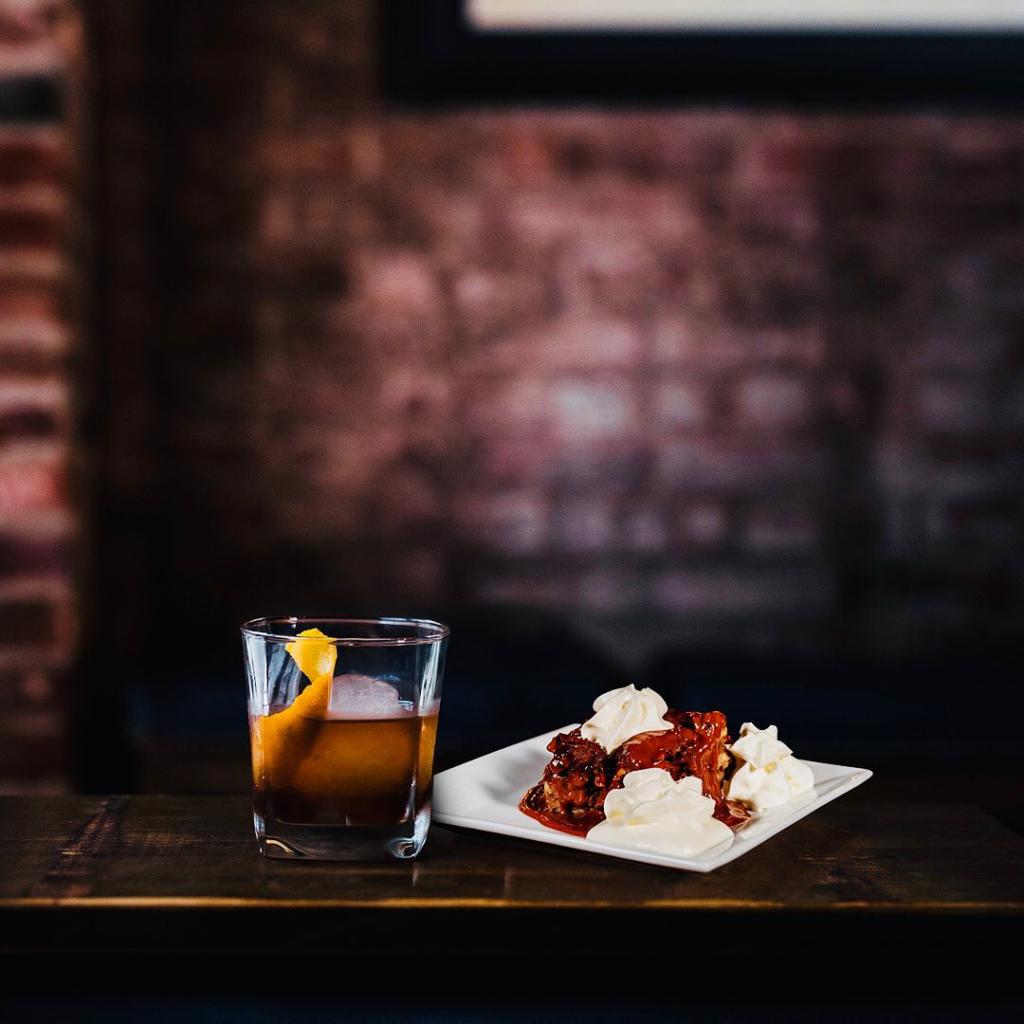 Voted one of the best bourbon bars in the United States, Independent Ice Co. stands out along Wharf St in Portland’s Old Port for numerous reasons. One of them is their spin on a classic cocktail, their Rufus Page Black Walnut Old Fashioned which feature Elijah Craig small batch bourbon, sugar, black walnut bitters and an orange peel. Simple recipe, big results. 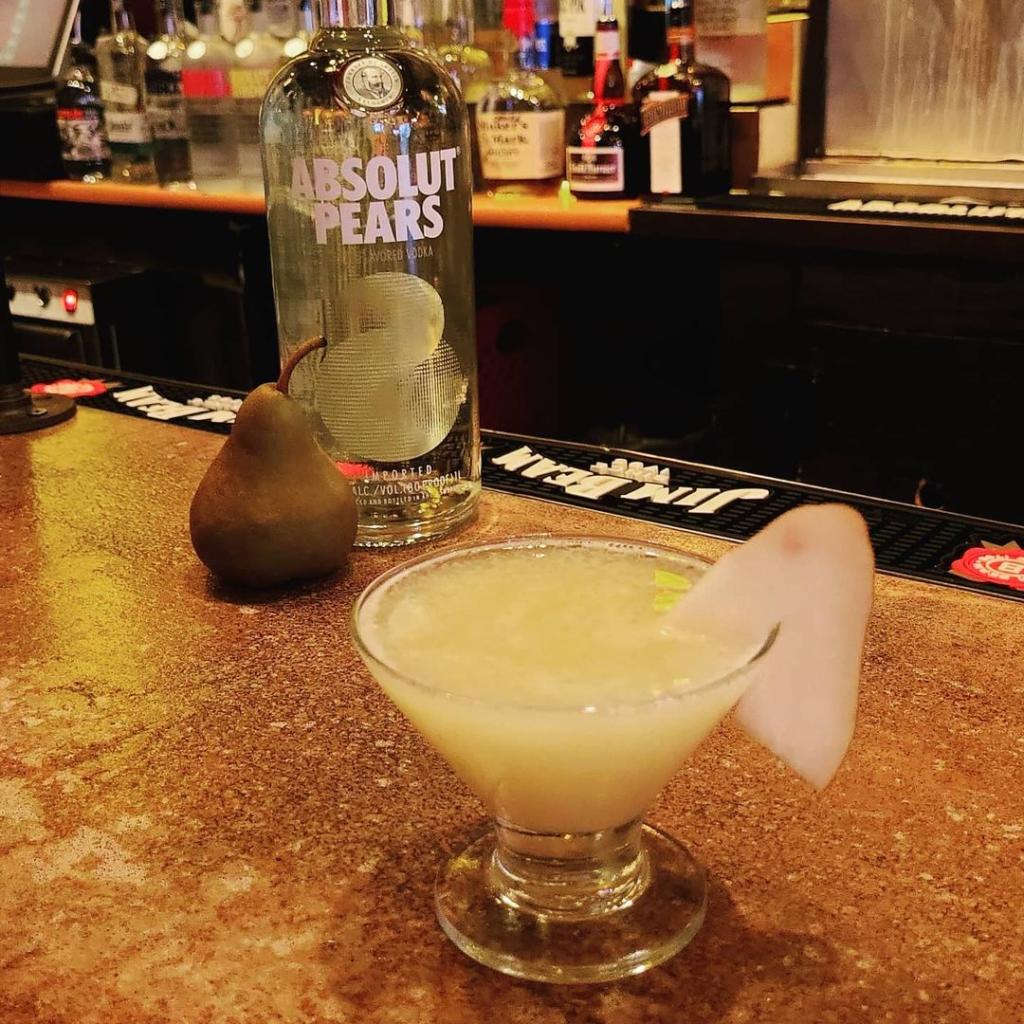 The cocktail menu at The North Point is filled with plenty of different delicious options but one particular drink has been a continuous crowd favorite. Their Pear Martini, a mixture of Absolut Pear Vodka, pear puree, fresh squeezed lemon juice and simple syrup. Keep track of how many you’re having because they taste so good, it’s easy to forget. 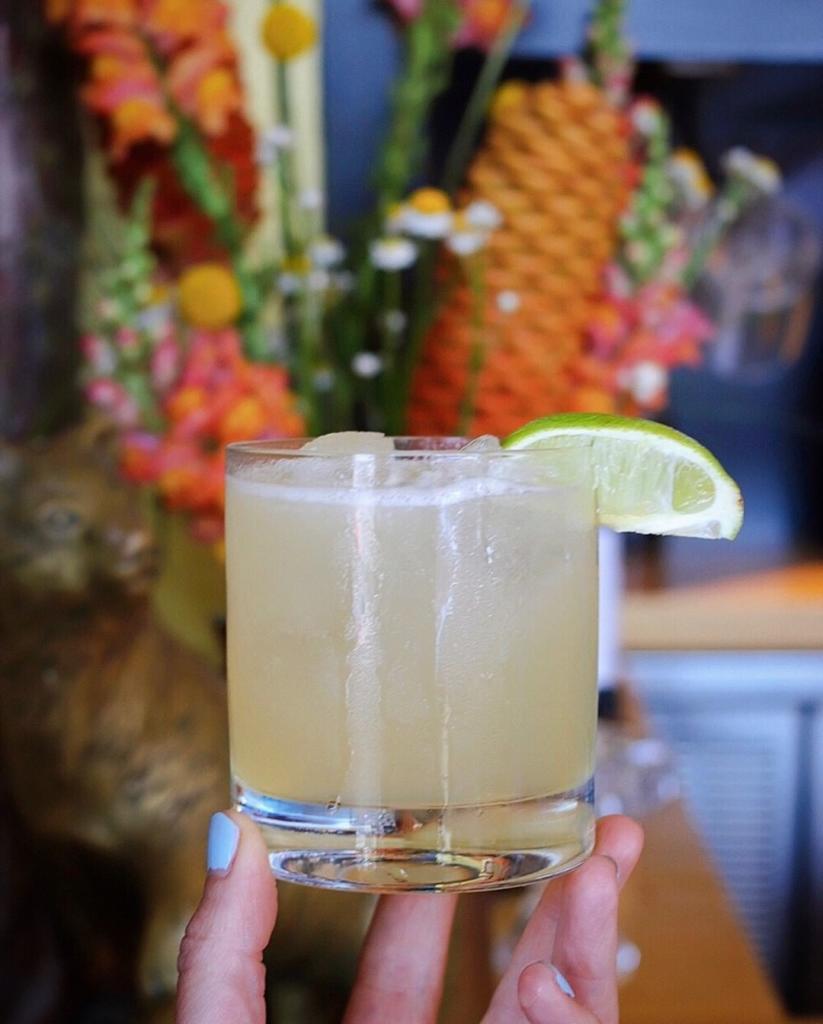 The menu at The Honey Paw is loaded with wildly tasty options but when looking for a cocktail amongst all the tantalizing eats, look no further than the Strong Paw. The signature drink of The Honey Paw features tequila, mezcal, honey, lime and chili. One sip and you’ll think there are a few more hidden ingredients. 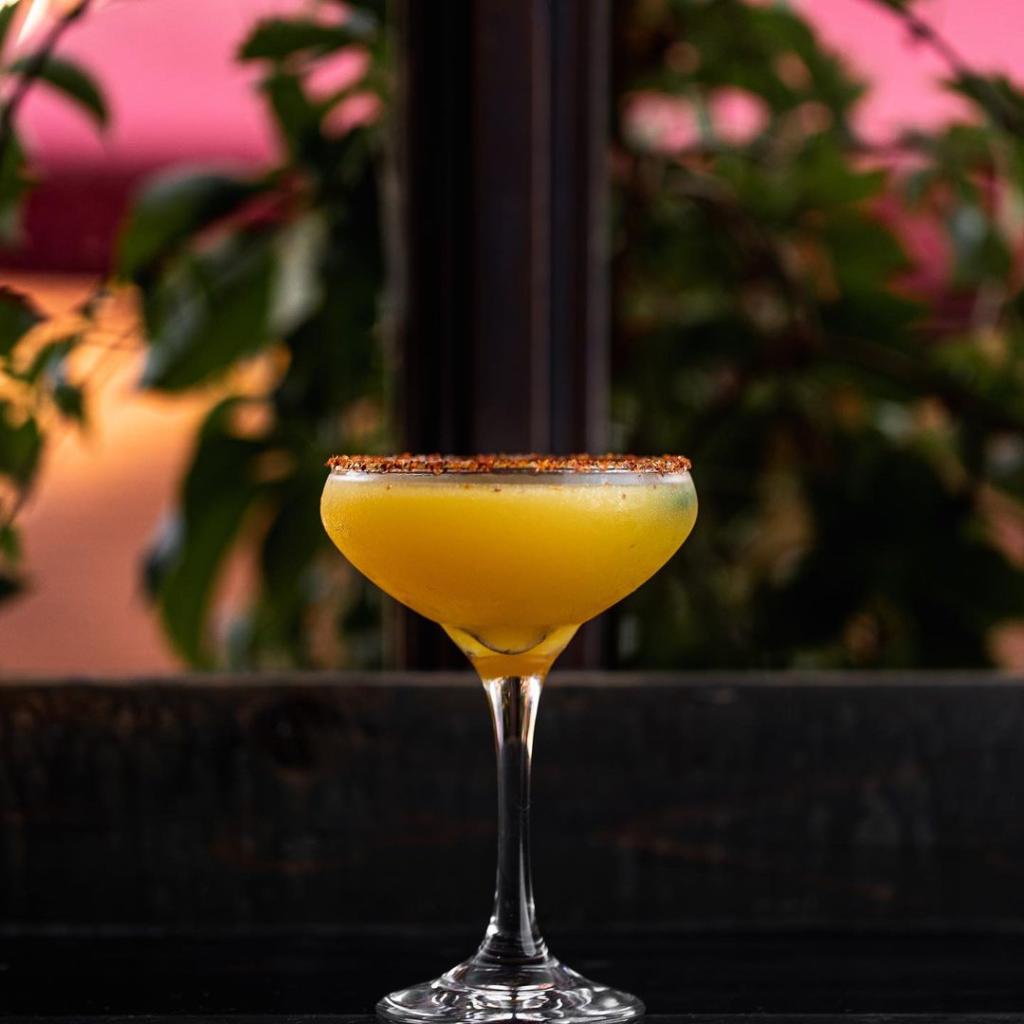 Stop by N to Tail on Exchange Street for the mouthwatering Korean barbecue, and make sure you to grab yourself one of their signature cocktails, the Dracarys. It’s the perfect drink for a Game of Thrones cocktail night or a brisk winter evening. It’s a mix of jalapeño-infused tequila and passion fruit mango mix along with a salted rim. Feel the heat of the dragon in every sip. 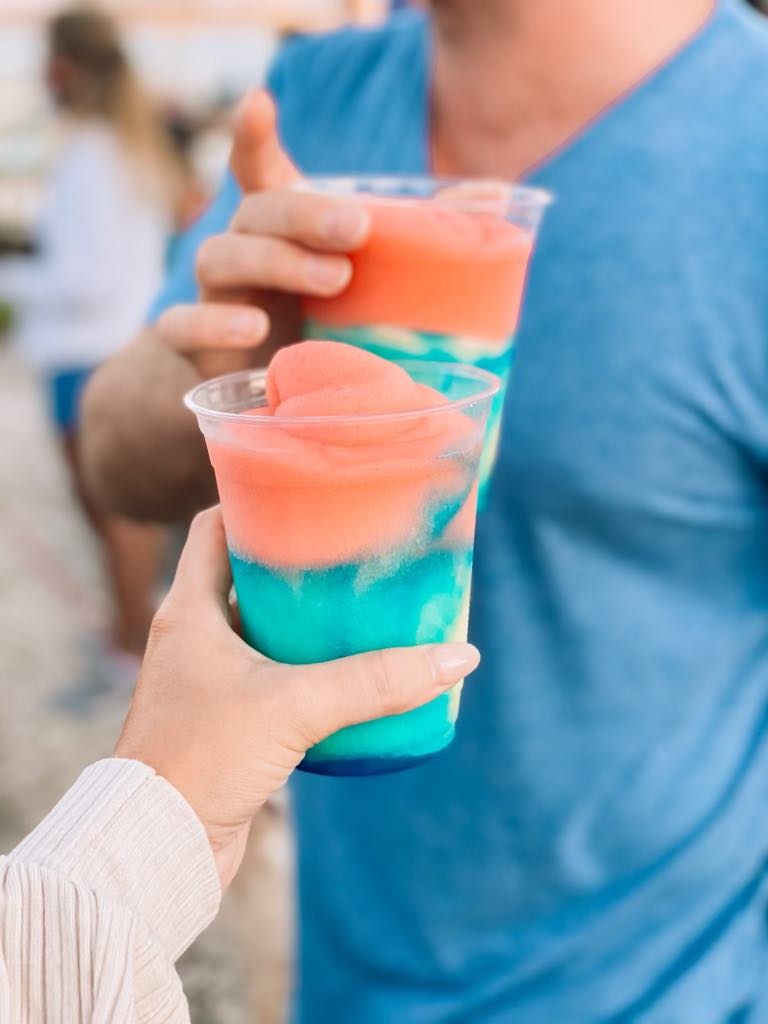 On a perfect summer day, there may be no better spot in Portland to sit back and relax than Fore Points Marina Bar. Part of the perfection is their under-the-radar cocktail known as The Swirly Boy. It’s a frozen drink mixture featuring a strawberry daiquiri, margarita and blue curaçao. It’s a red, white and blue homage to a short but sweet summer in Maine. 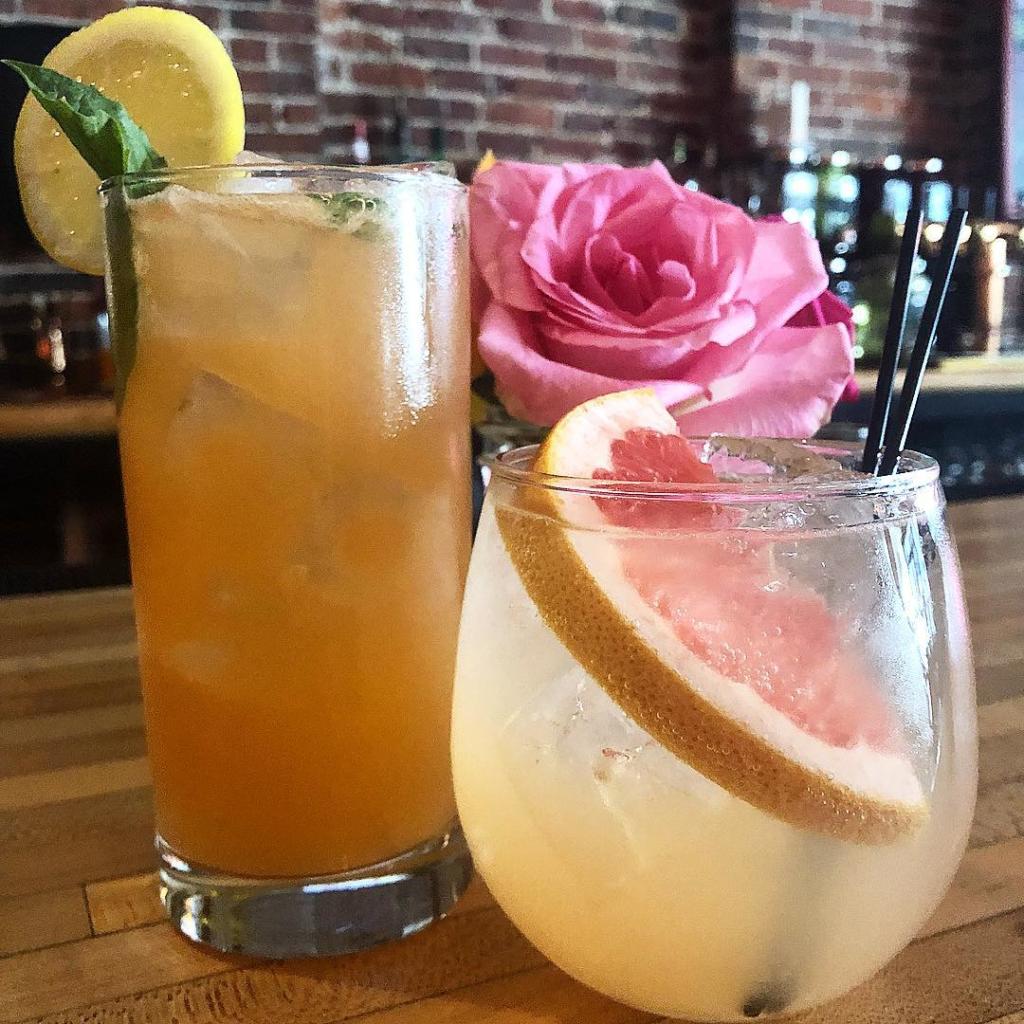 Lazzari along Congress Street has a menu stacked with twists on classic cocktails including their absolutely delicious Cucumber Basil Collins. A mix of cucumber gin, lemon, muddled basil, cucumber, simple syrup and soda water all pair together to make an exciting sip. Perfect for a hot summer day or to pretend it’s hot and summery outside. 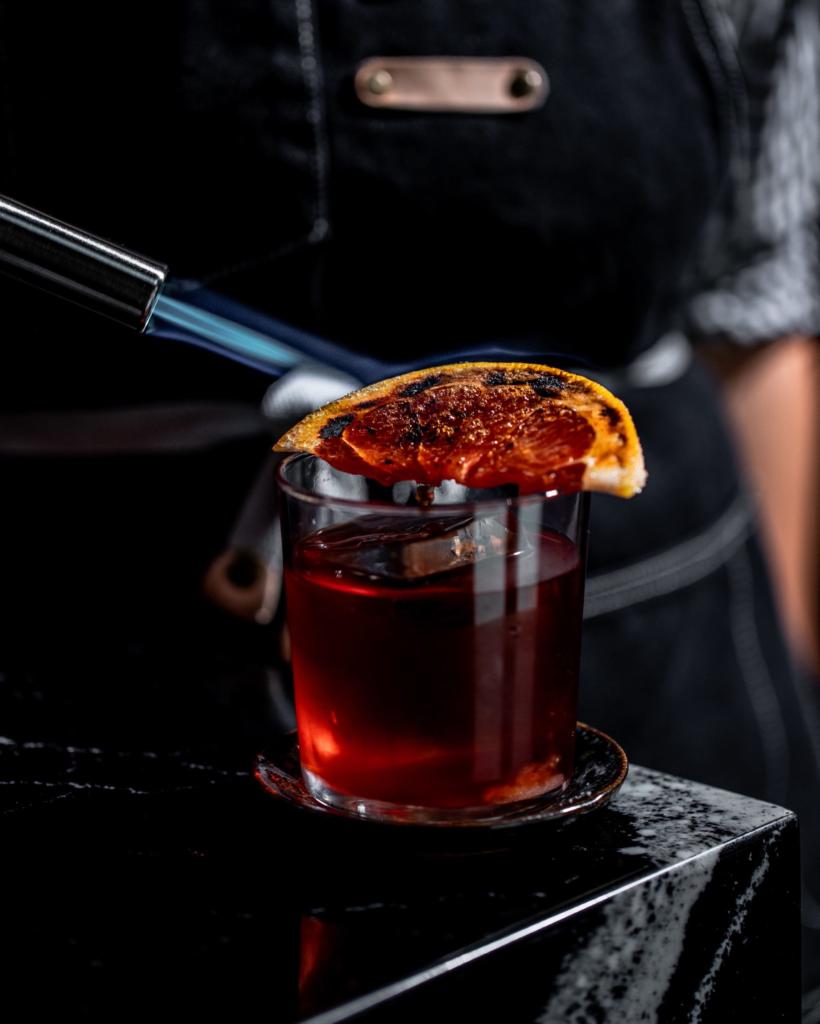 There are negronis to be found all around Portland, but then there’s the Sicilian Negroni found at Via Vecchia. Forget that antiquated recipe and welcome yourself to the new age. The Sicilian Negroni at Via Vecchia is a mix of gin, Antica Torino, Amaro dell’Etna, Campari and Salted Grapefruit Oleo. Skip the long flight to Europe and transport yourself to the old land with this iconic drink. 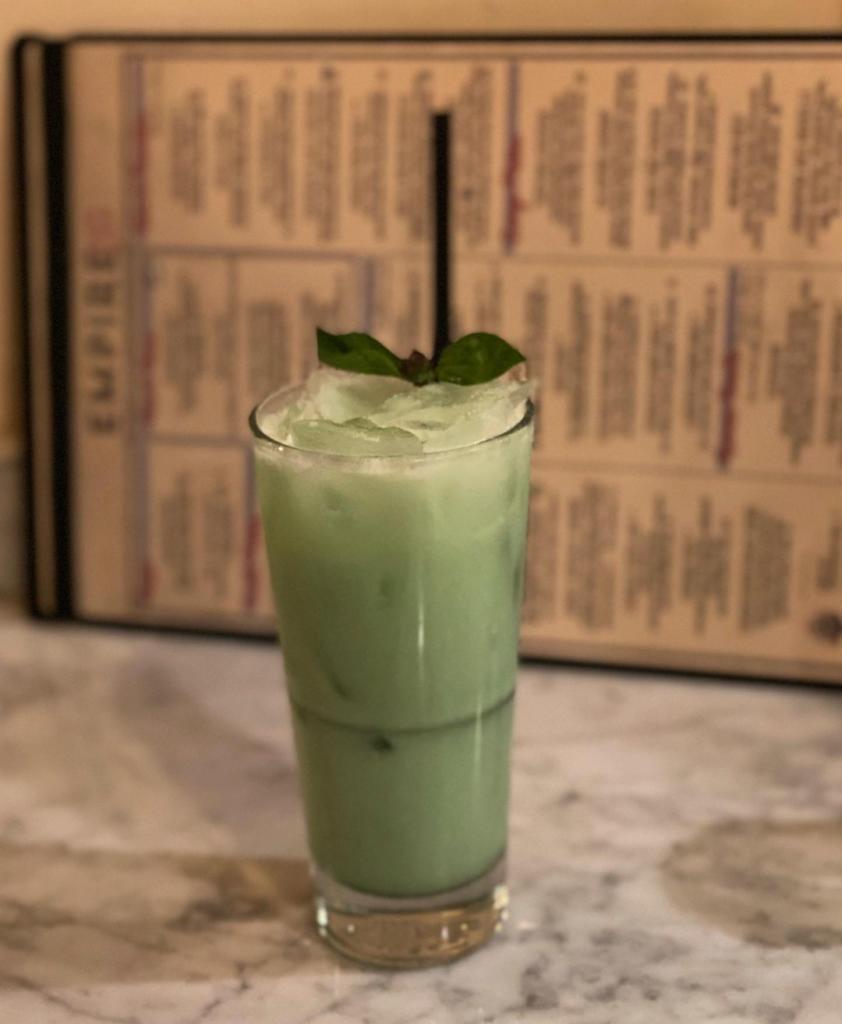 The name “Dragon’s Milk” might sound like something your doctor warns you against, but this boozy concoction found at Empire Chinese Kitchen might be exactly what your doctor prescribes. It’s a mix of jasmine tea infused gin,  coconut milk and pandan syrup. Sip slowly with this one because it packs a powerful punch. 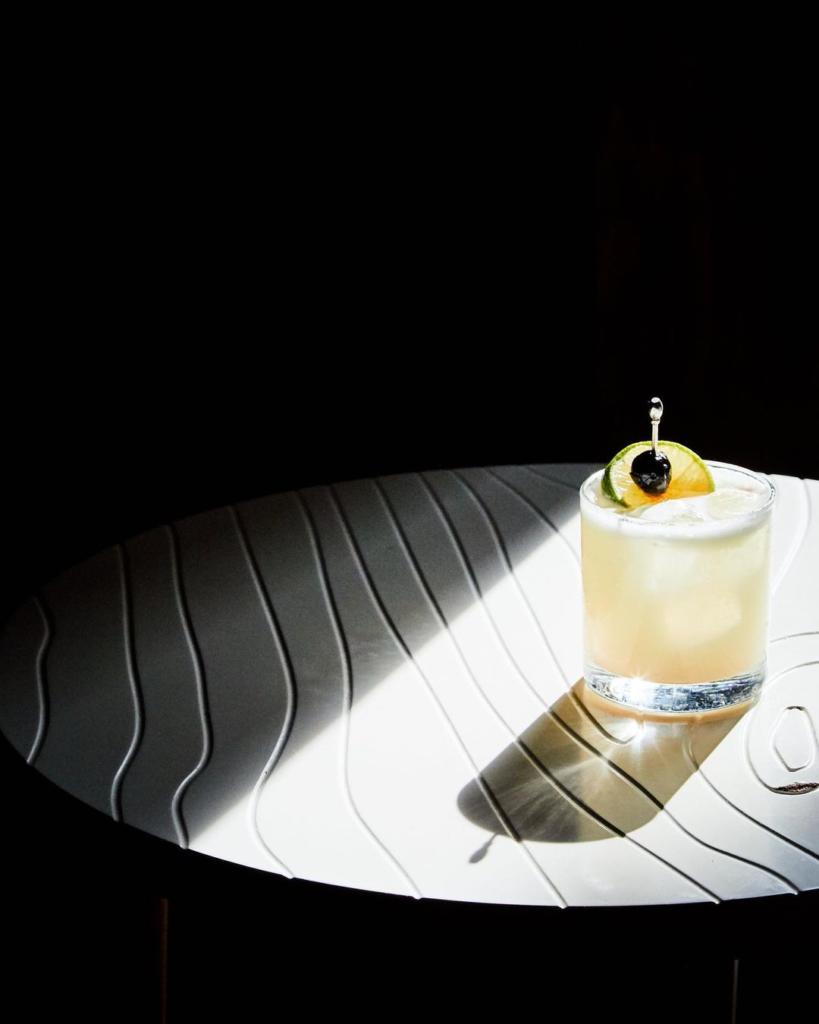 Inside the cozy confines of the Hunt + Alpine Club, you’ll find a lengthy list of tremendous cocktails prepared by some of the best bartenders in Portland. One of those cocktails is Green Eyes, a mix of gin, green Chartreuse, lime and egg white. The cocktail is named after its brilliant green color that resembled the eye color of many people in Ireland and France during the 1930’s when it was created. 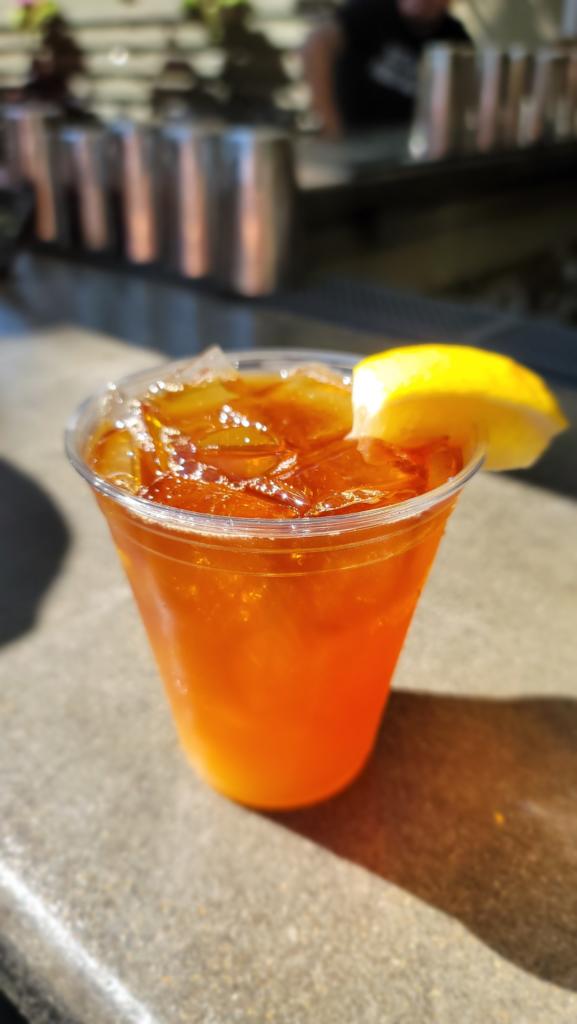 Sometimes the simplest cocktails can just hit different. That’s the case with The Daily Fix at the Garden Cafe at the Regency Hotel. A recipe of black tea infused Tito’s Vodka paired with lemonade on ice. This crooked take on an Arnold Palmer is exactly what it promises to be, a daily fix of deliciousness.

Blushing Rose (Top of the East) 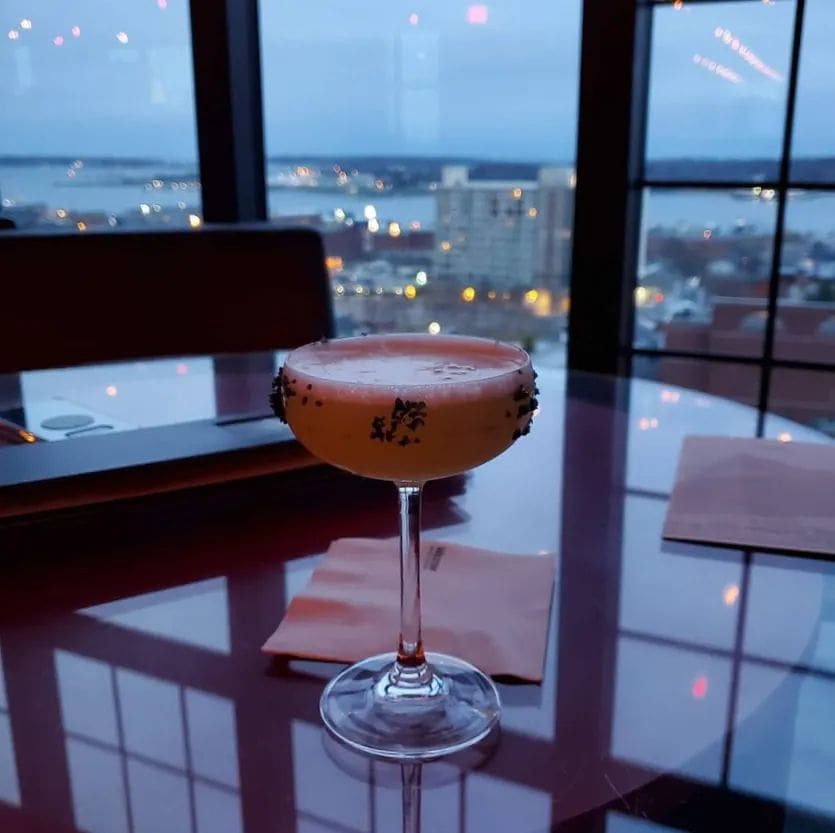 When you’re looking for a subtly seductive cocktail in a premier Portland setting, look no further than the Blushing Rose at the Top of the East. Voted one of the top cocktails in the Portland Old Port Best Of Awards 2021, the Blushing Rose is a mix of champagne, grapefruit, and house made rose syrup. There’s something alluring about this delightful drink. 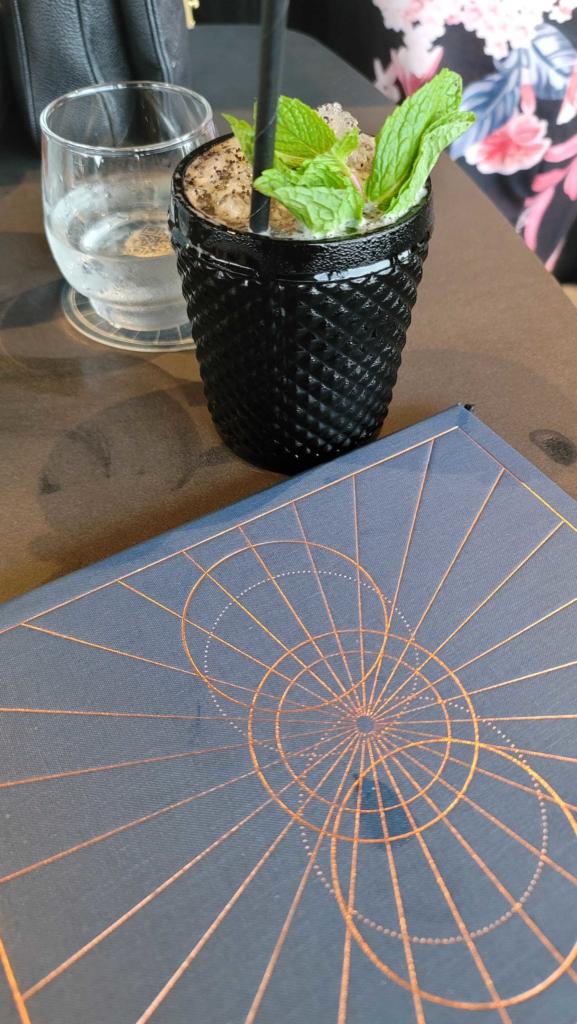 After the Gods of Olympus created humans, they may have focused their powers of craft cocktails at Luna Rooftop Bar. One of the immortal drinks on the menu is Hades, a concoction of Plantation Dark Rum, banana, black tea, honey and lime . Sip lightly while sitting on top of the Old Port. 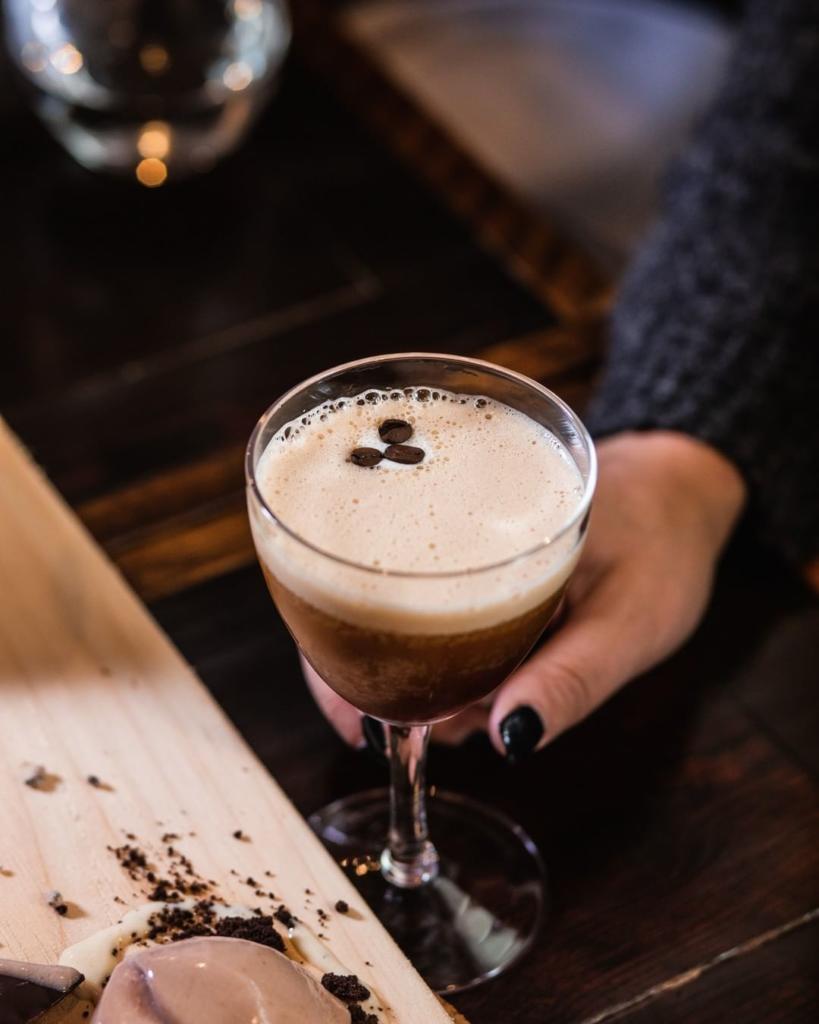 Whoever said that chocolate and alcohol do not mix was horribly mistaken. Cheat a little here and get decadent at Gross Confection Bar with their take on the classic Chocolate Martini or Espresso Martini. The Chocolate Martini is a mix of Valrhona caribe chocolate, rye and Amaro dell’etna. The Espresso version features Coffee By Design Espresso, rum, Zucco Rubarbaro. Don’t just think of it as a dessert drink because is there ever really a bad time for chocolate or espresso? 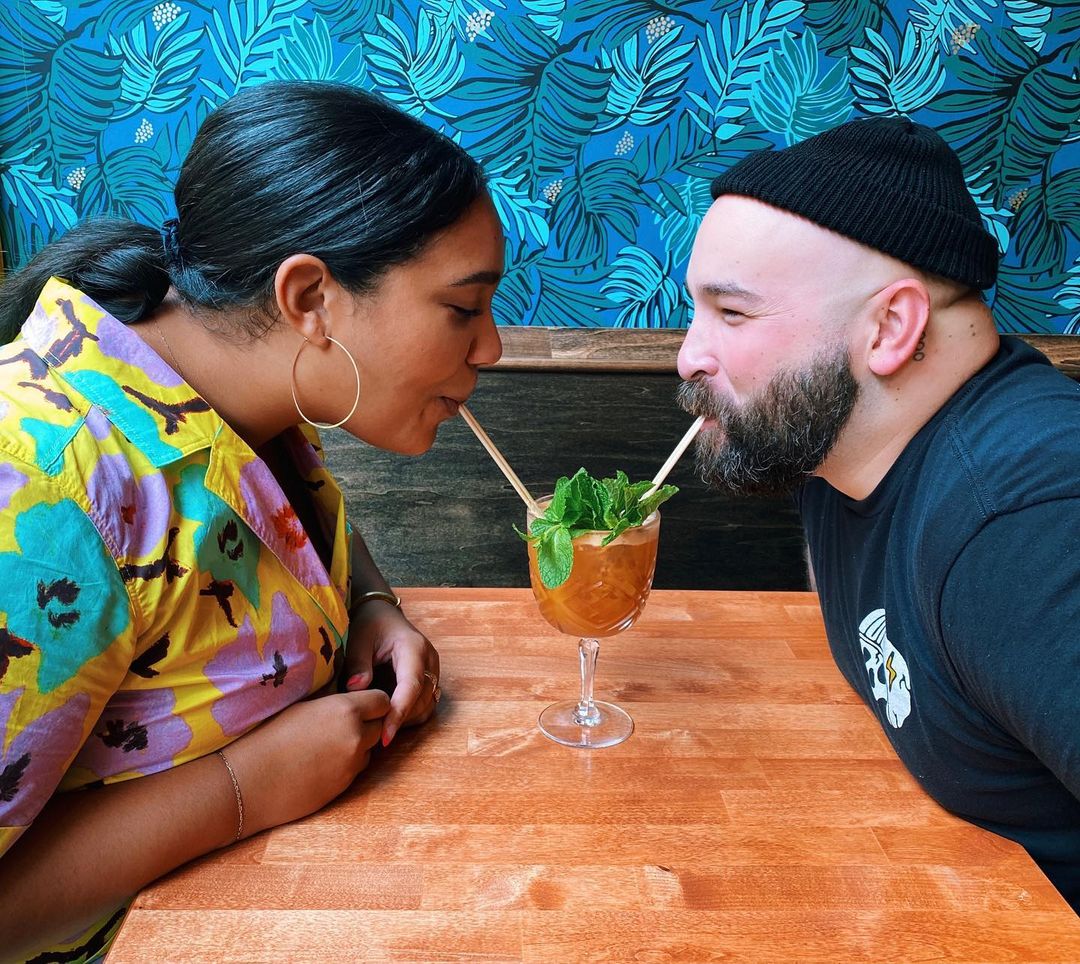 Visit for the Thai fried chicken, stay for the amusement park drinks at Crispy Gai. There are no height requirements for the Funktown Splashtown but you do need to bring a friend to order it. It’s a large drink filled with Jamaican rum, Averna, passion fruit, cinnamon, hoppy pale ale, Thai tea, bitters and then even more rum. It’s the kind of rollercoaster that won’t give you whiplash.