Say it ain’t so – Labor Day weekend’s arrival marks the beginning of the end of summer. In typical Portland style, summer is going out with a bang by loading up on fun events from markets, to concerts, to festivals and more. While there are only a few weekends left to celebrate what many consider the best season in Maine, this weekend’s round-up of events include the start to Negroni Month, Rails & Ales Trains, Changing Winds Release Party, First Friday Burn, and more. What the heck does any of that entail? Check out the details below! 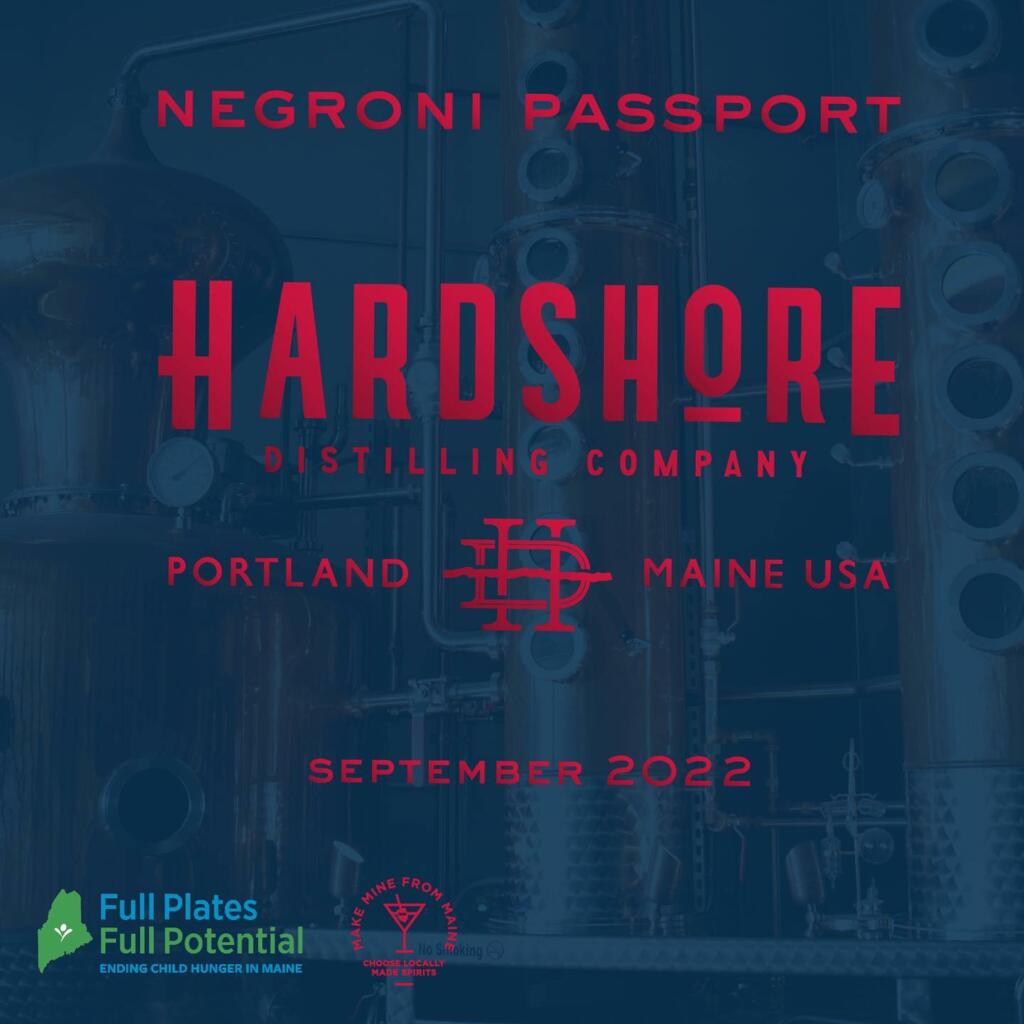 Hardshore Distilling Company is partnering with some incredible bars and restaurants (Paper Tiger, Anoche, Luke’s Lobster, DiMillo’s, Eventide and more) to bring you 12 unique Negroni builds and a chance to get a custom Negroni sweatshirt from Paull And Ry Co.! Here are the details: Pick up your Passport from Hardshore Distilling or any of their participating partners; visit each location in the Passport, order their unique Negroni, follow them on IG and snag a stamp before you leave, and return the fully stamped Passport to Hardshore before 9/30 to get your Maine-made Negroni sweatshirt. For every Negroni served, $2 will go to support Full Plates Full Potential. 21+ to play. 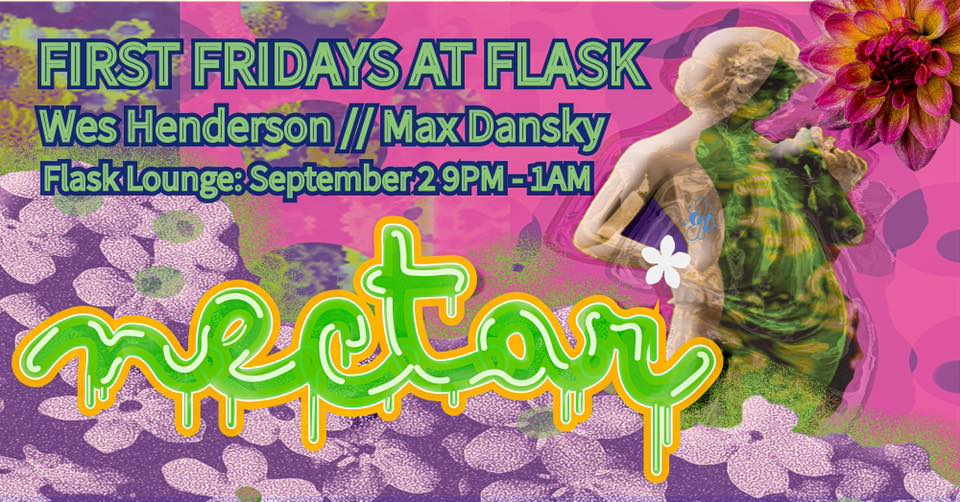 The HIVE team is ready to keep the summer madness going. Perfect timing too, as they resume NECTAR after a few months rest. They are so stoked to return to FLASK, where they will turn it into their favorite flowery techno oasis. Freshly elected “Portland’s Best DJ 2022” in Portland Old Port’s ‘Best of 2022’ Awards, and playing one of the dopest sunrise sets at Elements Festival, Wes Henderson has been on a roll harder than a techno baseline. The HIVE resident goes back to back with founder Max Dansky as they unleash hours of grooving, melodic and tribal tunes. Wear flowers in your hair, bring power for your feet, and prepare to dance. 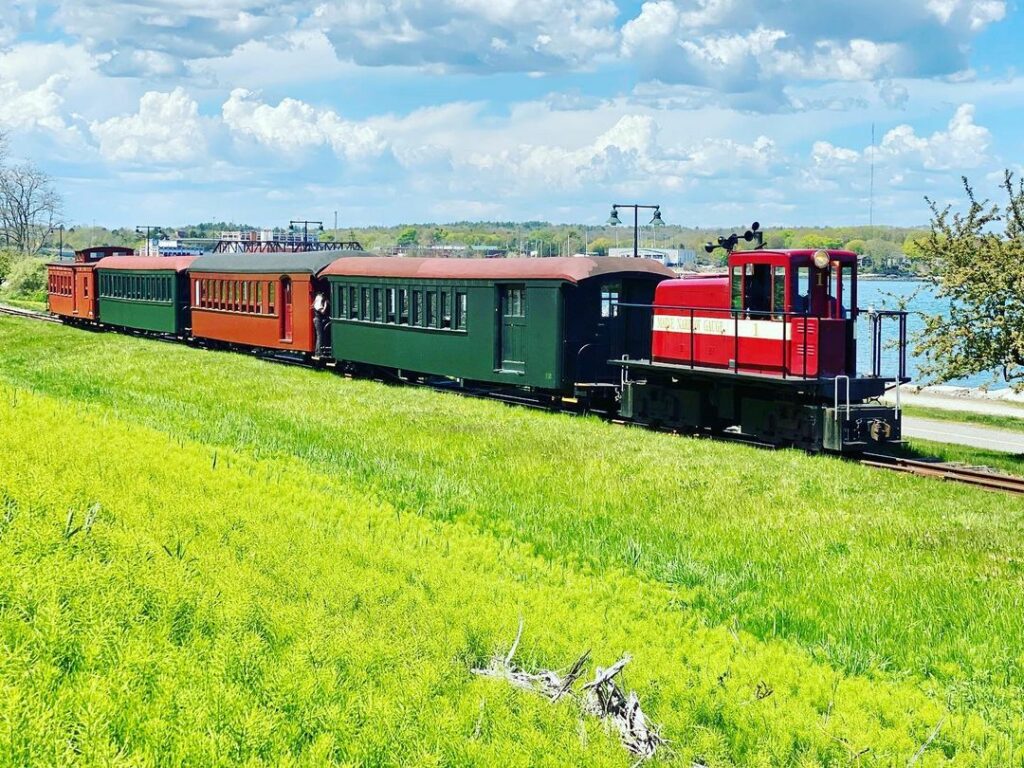 Local brews and sunset views. Unwind on the Maine Narrow Gauge rails with a complimentary cold beverage as you take in some of Portland’s best sunset waterside views from your seat on our historic train. Adults age 21+ can enjoy a locally-brewed beer or hard seltzer! Trains depart promptly at 6pm, 7pm, and 8pm on operating dates. Tickets here. 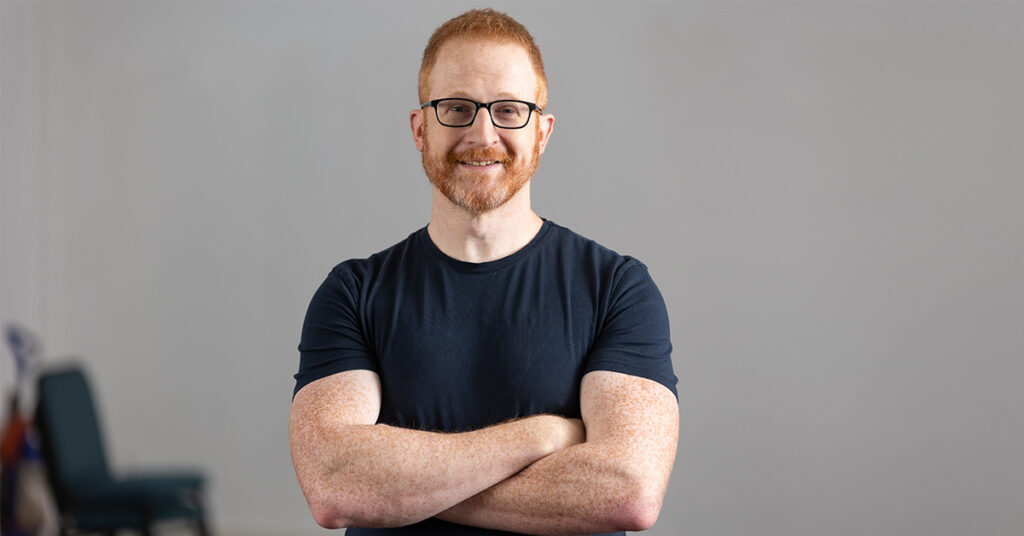 Author, columnist, and comedian Steve Hofstetter is often called the hardest working man in show-business (with all due respect to the late James Brown). Hofstetter’s national TV debut came on ESPN’s Quite Frankly, where Stephen A. Smith yelled at him for three minutes. Hofstetter has also appeared on CBS’ “Late Late Show With Craig Ferguson”, Showtime’s “White Boyz in the Hood”, VH1’s “Countdown”, Sundance’s “On the Road in America”, and ABC’s “Barbara Walter’s Special”, where he thankfully did not cry. 21+ show. Tickets here. 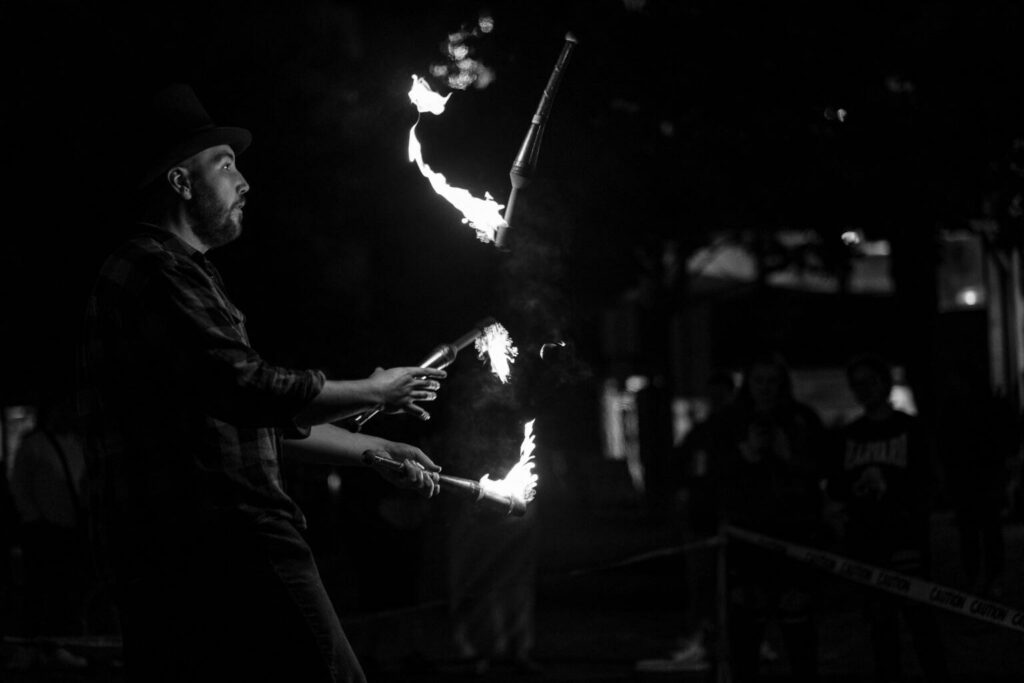 As part of First Friday Art Walk, The Maine Fire Dancing Collective is so excited to bring First Friday Burns! Providing a welcoming environment for both newer and experienced spinners to showcase their skills in a safe environment, you can come learn from each other and connect with the local fire spinning community. This is a family friendly event and free to the public. You can just come out to enjoy the show too! Weather permitting. 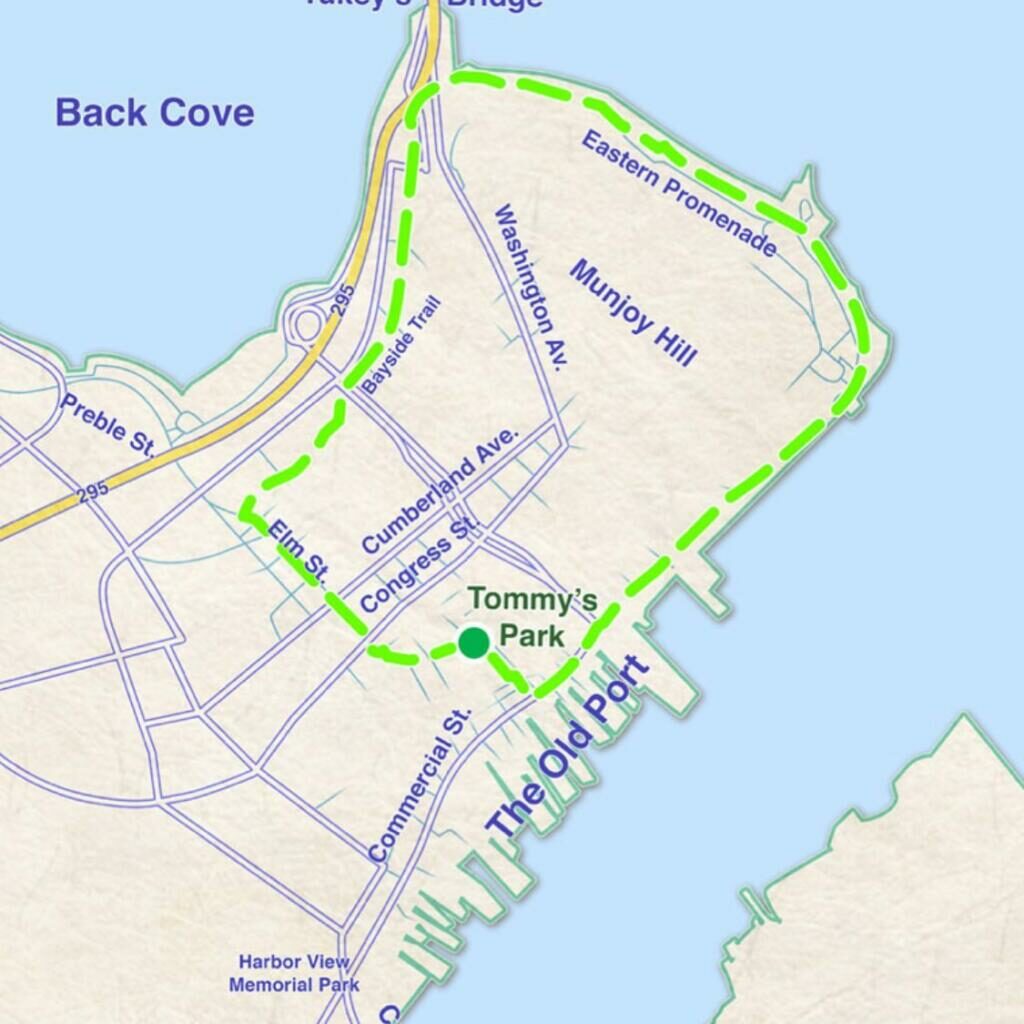 PROPEL’s inaugural 5k will be bringing together Portland’s running, restaurant, and business community in a way like never before. PROPEL (Portland Regional Chamber of Commerce) will be hosting a 5k run/walk along the East End Trail starting at the Ocean Gateway. The flat course will have constant ocean views and will end in a celebration highlighting some of Portland Maine’s best food and drink at the East Ender. The post race event will be open to the public at the cost of $5.00. The post-race event at the East Ender will include the releasing of an exclusive PROPEL Portland cocktail, raffle drawings, music, outdoor games, and more. Registration will occur on race day starting at 8:45 and going to 10:00. 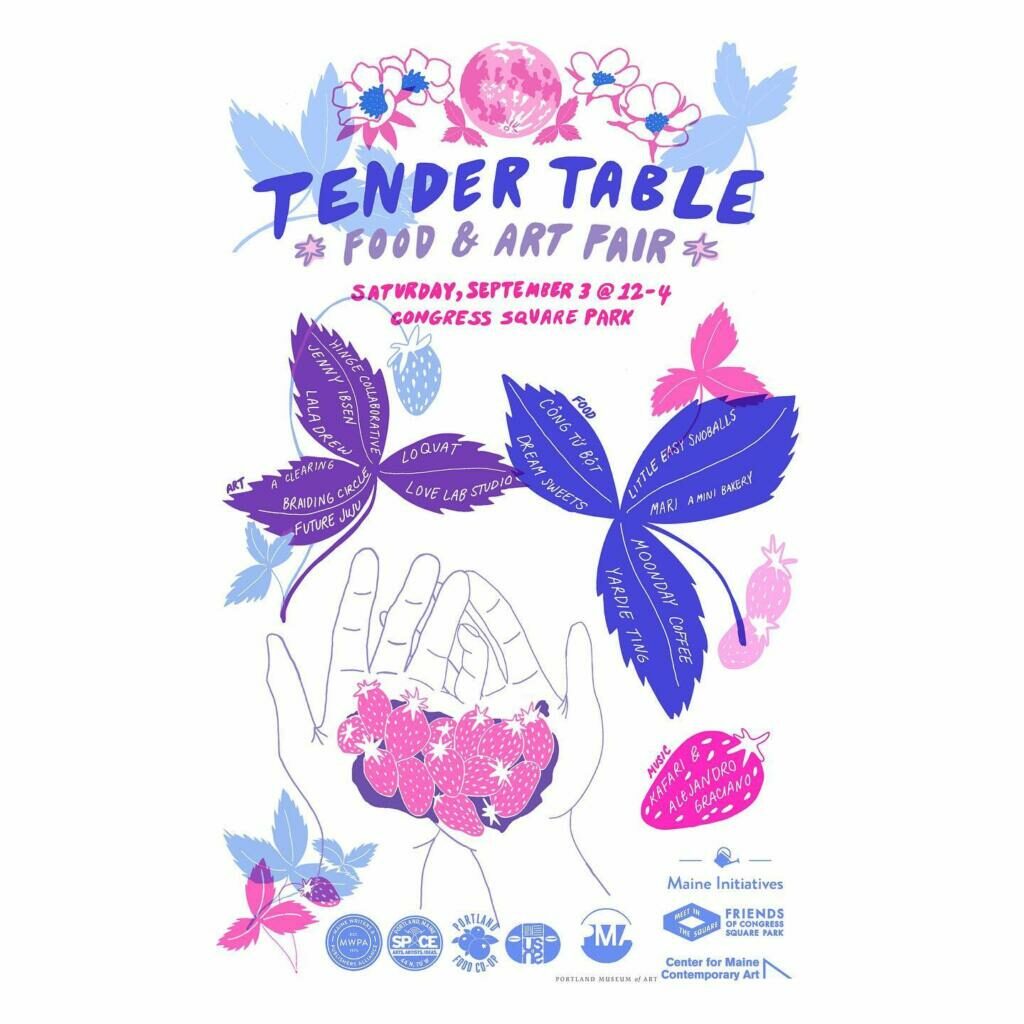 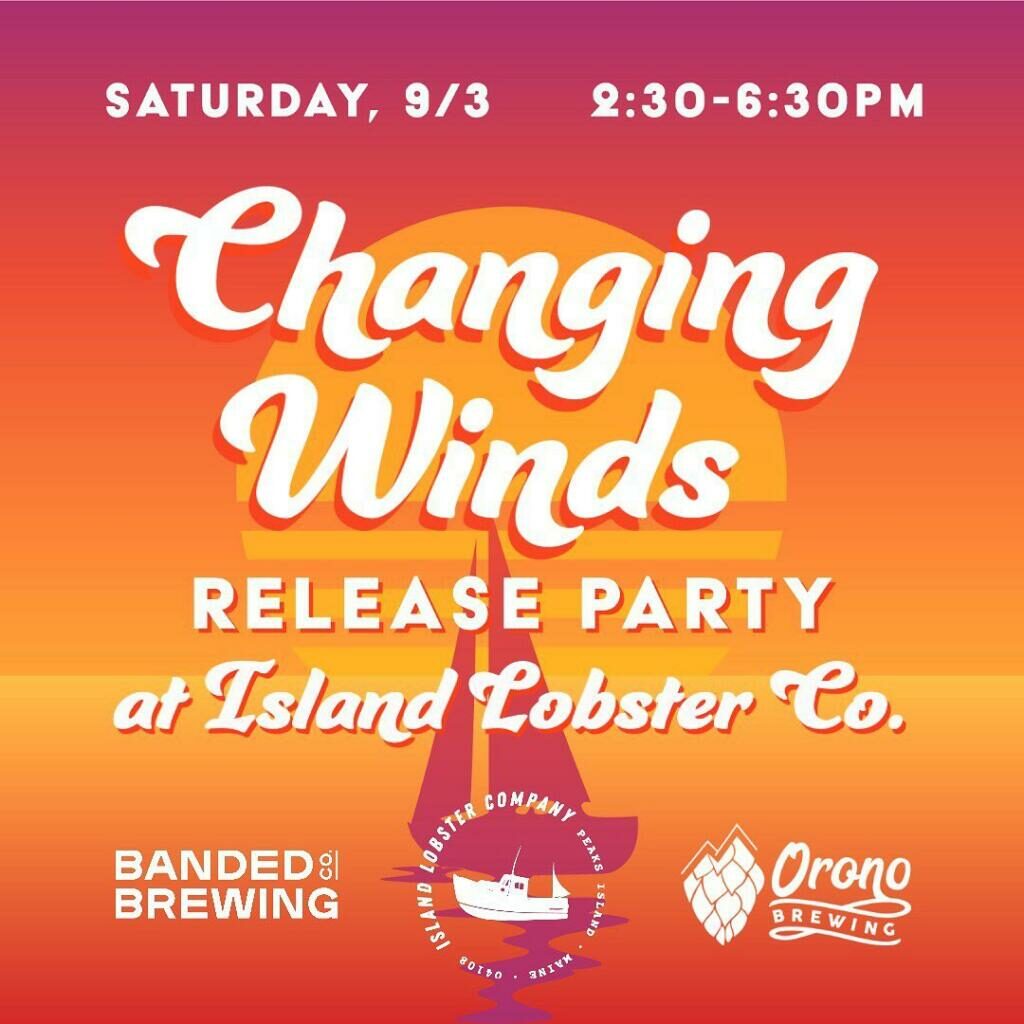 There’s something in the air! Swimming, sunning, and sailing season is coming to a close. The wind blows a little cooler, hinting autumn with each gust… but Banded Brewing Co. is not ready to relinquish summer just yet! Join them on a little excursion to Island Lobster Company on Peaks Island. They will be there from 2:30-6:30 celebrating the release their new collab with Orono Brewing Company: Changing Winds, a hoppy amber ale. Bright, citrusy and piney hops balance a subtly sweet malt character — the perfect thing to brave these changing winds and help ease the transition from summer to fall. They can’t to hang with good pals and crush some. Catch the ferry to Peaks to join Banded Brewing Co.! 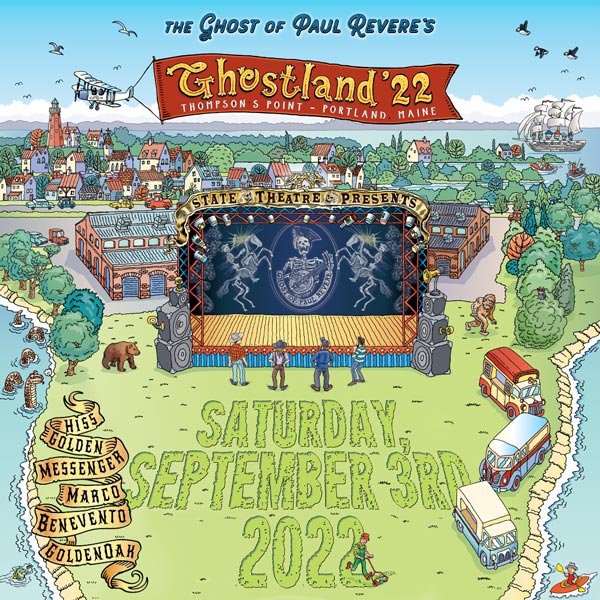 Music stitches together a strong community around The Ghost of Paul Revere. The Maine trio — Max Davis [vocals, banjo], Sean McCarthy [vocals, bass], and Griffin Sherry [vocals, guitar] — examine life’s ebbs and flows through a distinct and dynamic distillation of folk, bluegrass, rock, and alternative on their third full-length album, Good At Losing Everything. Since forming in 2011, the band has created a following that has propelled them from a local to a national level, tallying 15 million total independent streams to date. They have garnered acclaim from the likes of Billboard, Boston Globe, AXS, No Depression, Relix, and The Boot, who appropriately dubbed them, “not quite bluegrass, not quite country, not quite rock ‘n’ roll, but kind of all three combined.” Along the way, the band has performed alongside The Avett Brothers, Jason Isbell, The Revivalists, sold out countless headlining gigs, and appeared at major festivals nationwide such as Newport Folk, Austin City Limits, and more. Tickets here. 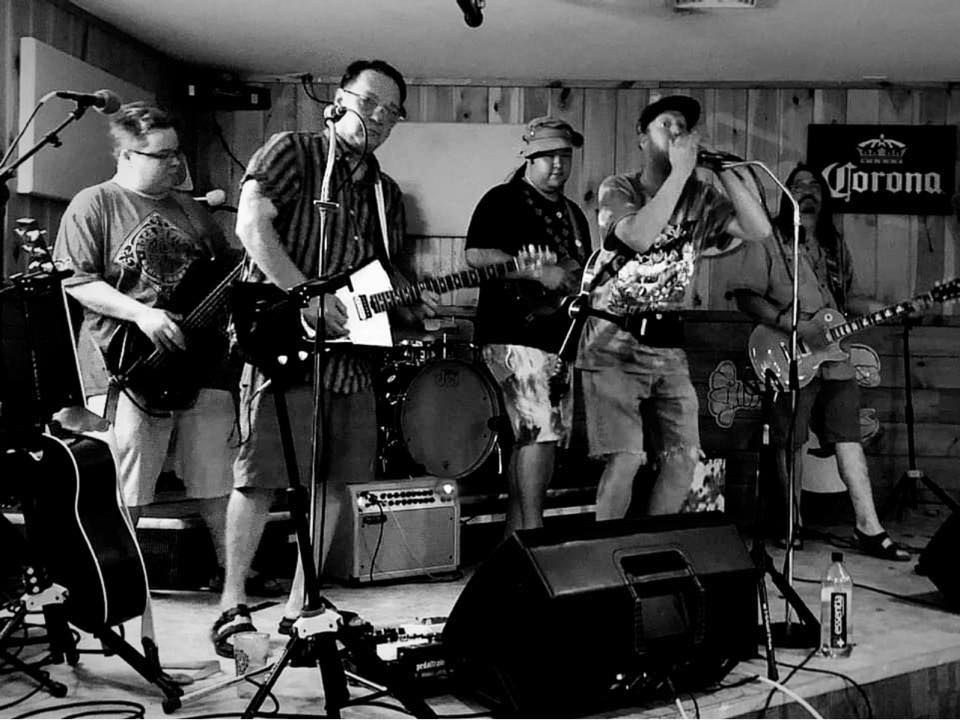 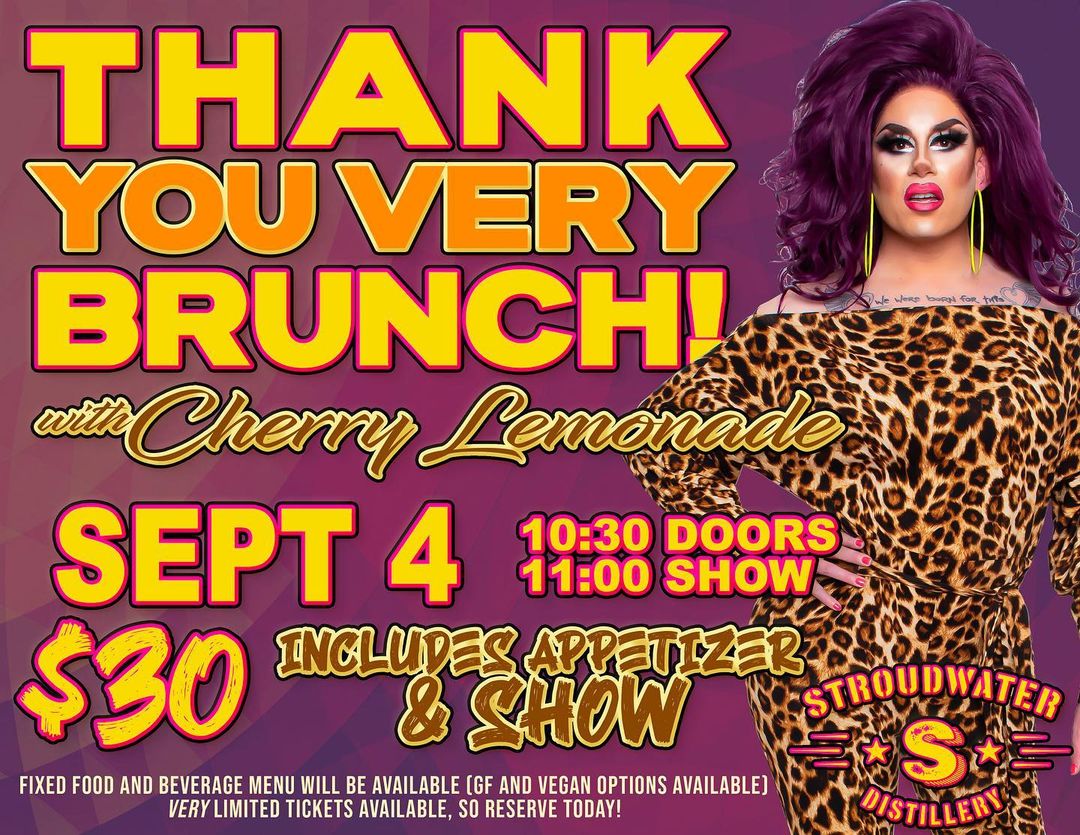 Portland’s own beloved Queen Cherry Lemonade is returning to Stroudwater Distillery for a special brunch performance! Day’s events will include dancing, singing, humor and the occasional screaming. Ticket includes admission to show and an appetizer. Brunch will be available with GF and Vegan options. Tickets here. 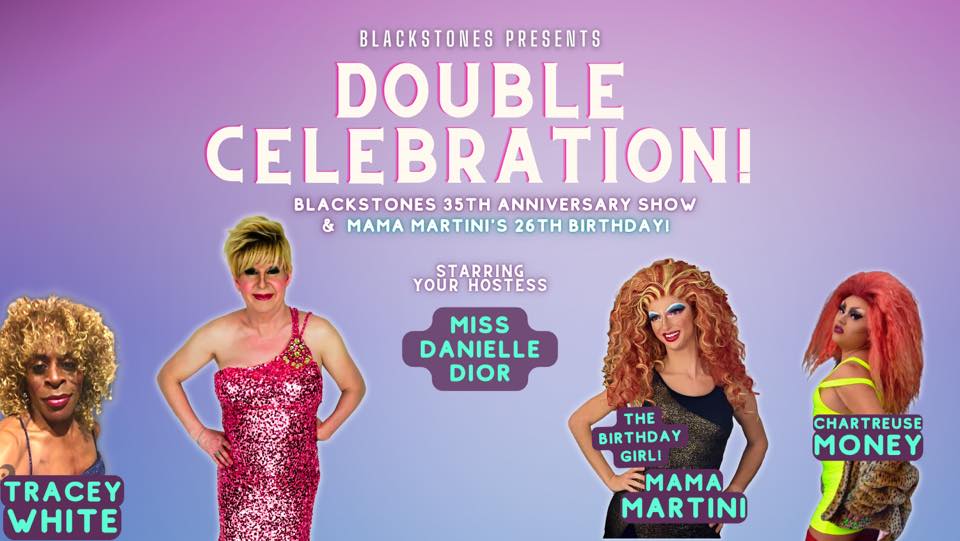 Happy birthday Blackstones and Happy Birthday Mama Martini! One is 35 and the other is 26 – can you guess which is which?It’s a double celebration starring your hostess Miss Danielle Dior, Boston’s Tracey White, Blackstones’ dear karaoke star-maker Chartreuse Money, and the birthday girl, Mama Martini. A dance party will follow until close! 21+ with ID required, and always cover-free. 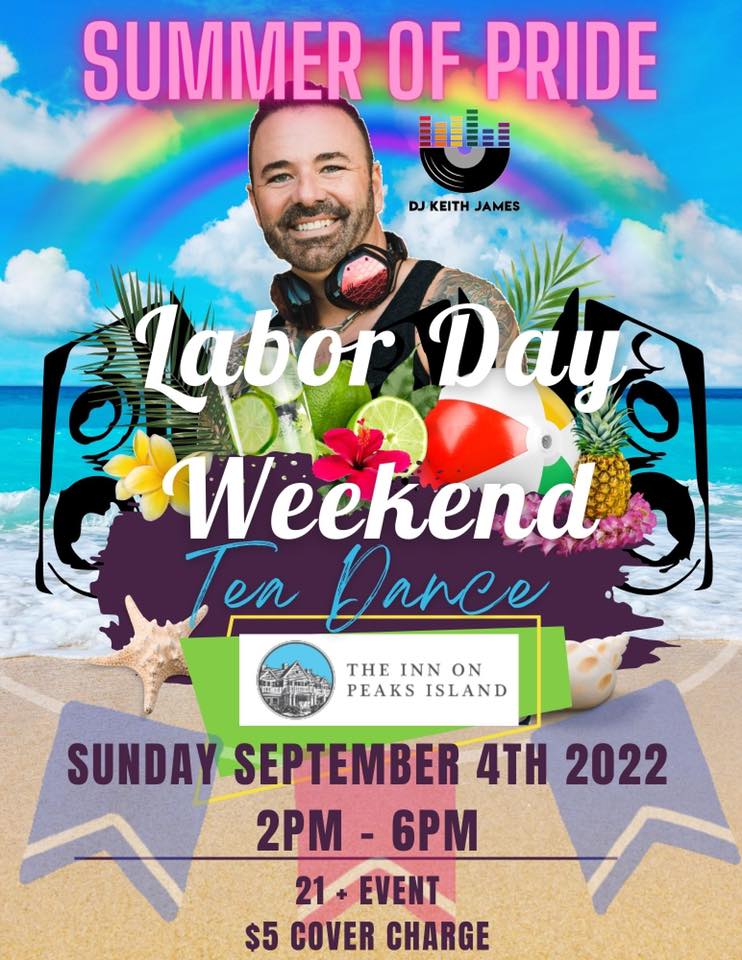 ‘The Summer of Pride’ series continues on Peaks Island with a Labor Day Weekend Tea Dance at The Inn on Peaks with DJ Keith James! DJ Keith James blends the hottest high energy vocals, anthem’s, classics and Top 40 remixes to take you on a PRIDE filled sensory journey. 21+ and a $5 Cover. 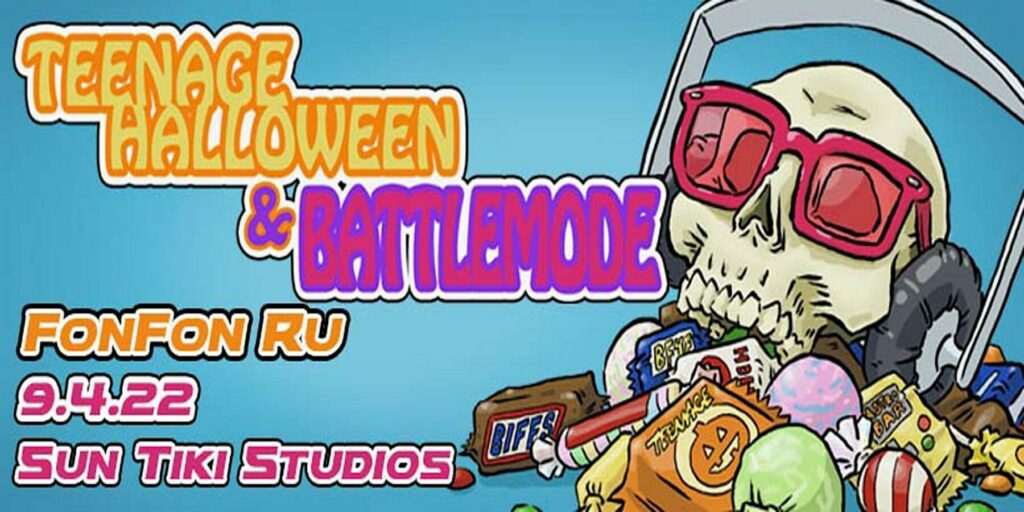 Since 2014, power pop group Teenage Halloween have nurtured their DIY roots in the New Jersey punk scene. Originally from Asbury Park, the group was founded by guitarist Luke Henderiks and shortly after, welcomed Brandon Hakim on saxophone. Since then, they have been booking basements to full-blown festivals, touring the South, East, and Midwest. Teenage Halloween is a predominantly queer identifying band, mingling with sounds that reflect Dear Nora, Screaming Females, Laura Stevenson, Jeff Rosenstock, and more. Battlemode is the vibrant in energetic work of mismatched but inseparable friends Biff and Kris. Together they create dynamic electro pop that embraces the sounds of the past in order to look forward; incorporating the glitchy 8-bit chiptune sounds that accompanied adolescent days spent playing gameboys, and reinvigorating them amongst contemporary synth tones and fresh beats. Tickets here.